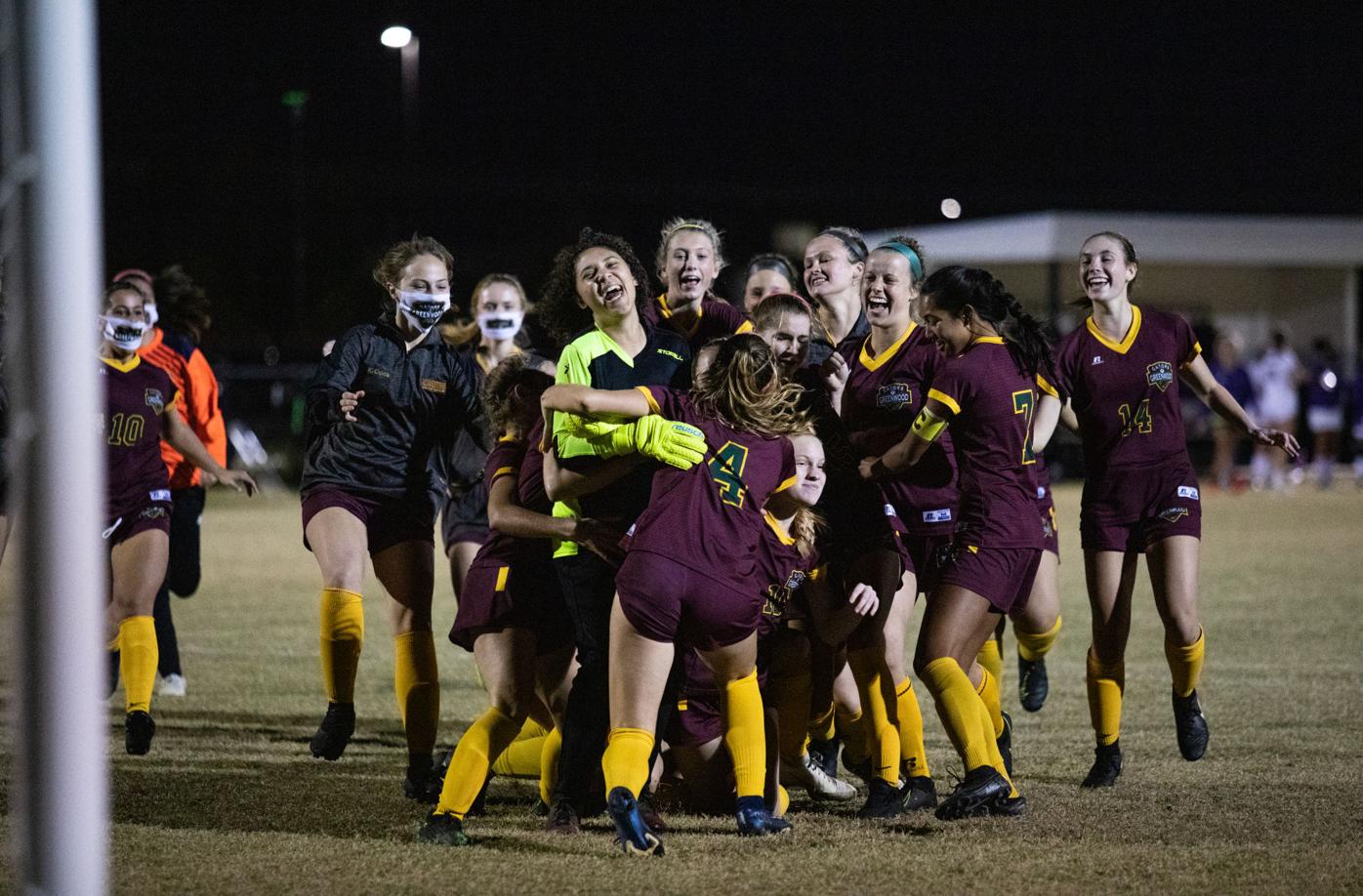 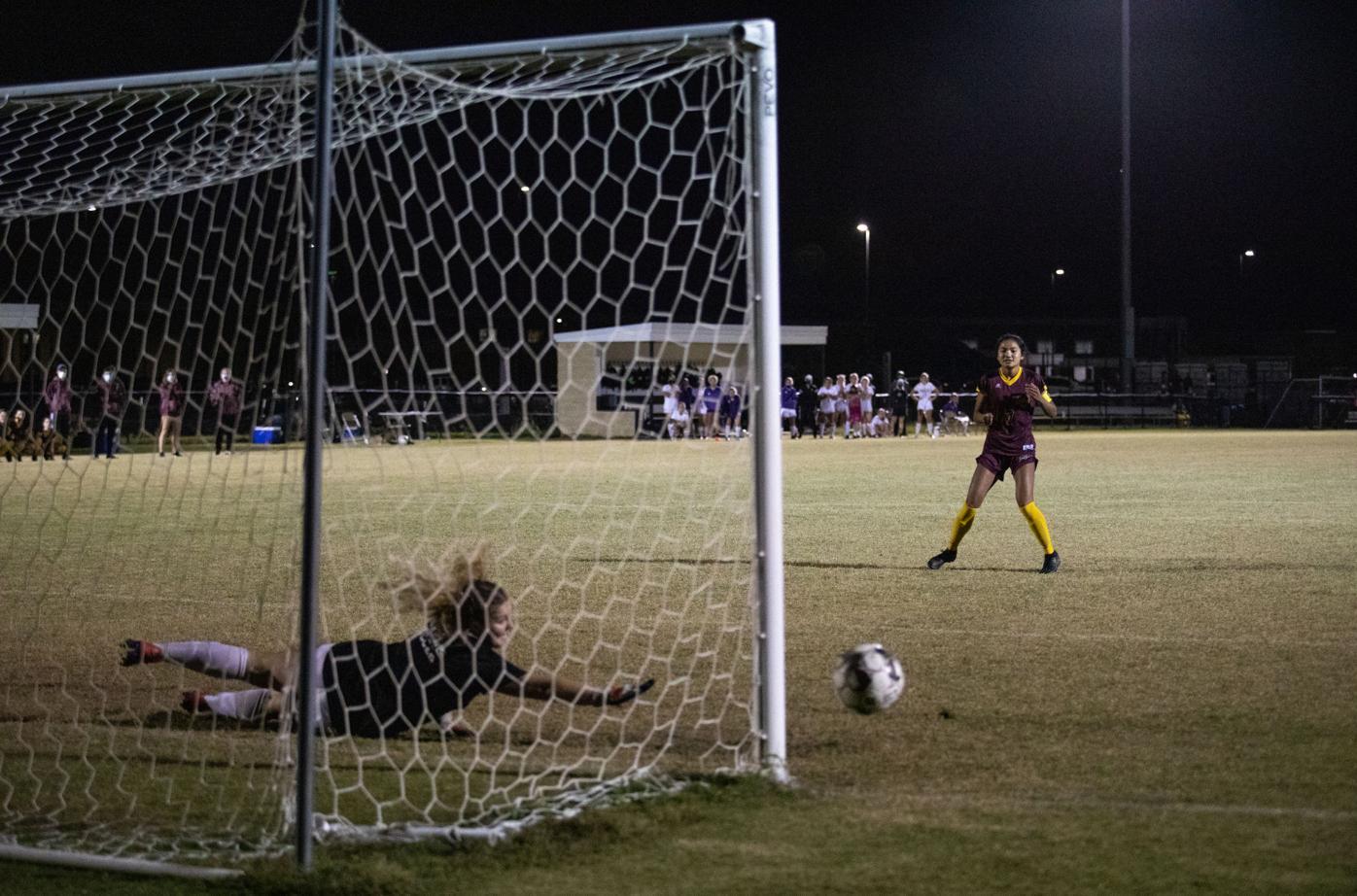 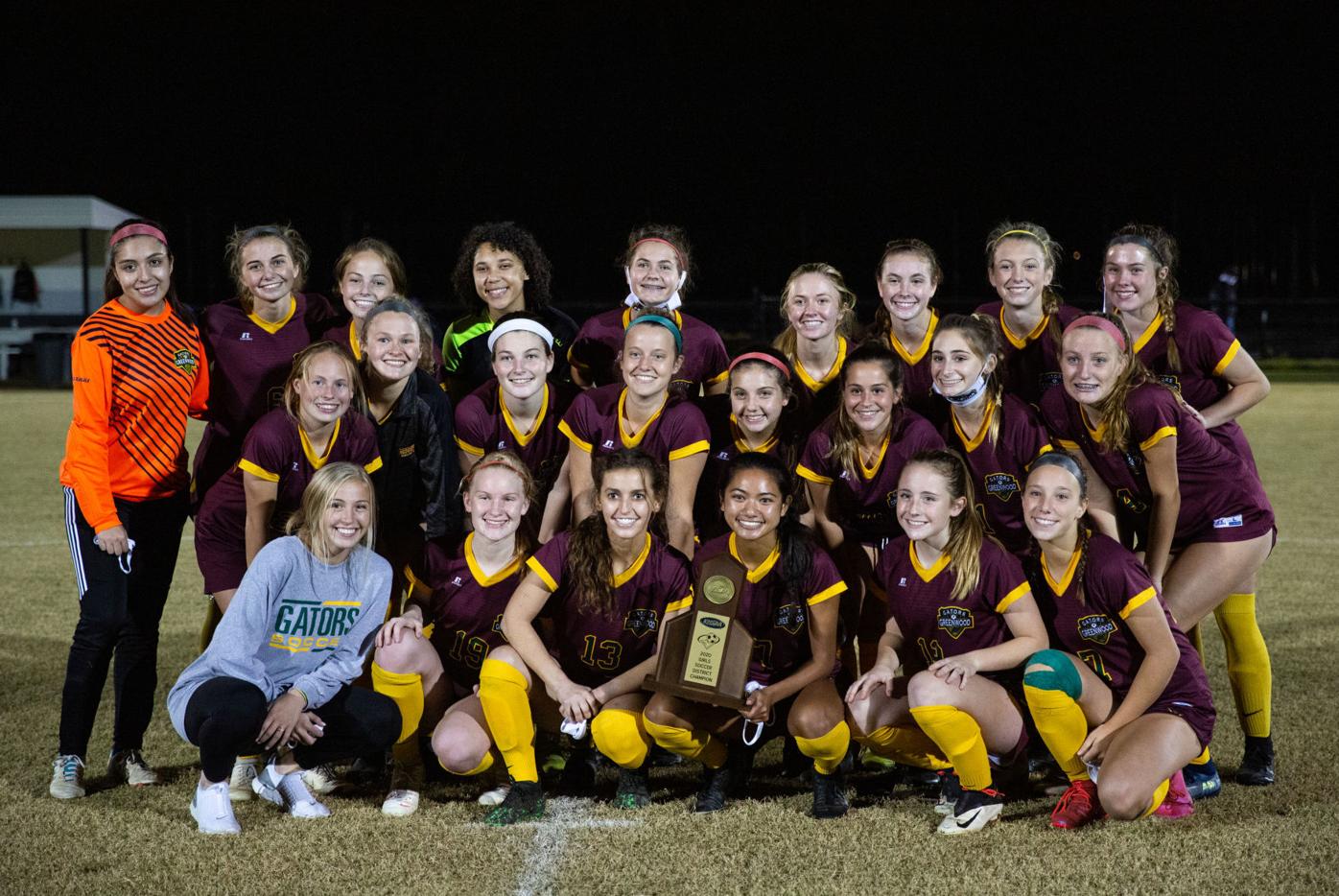 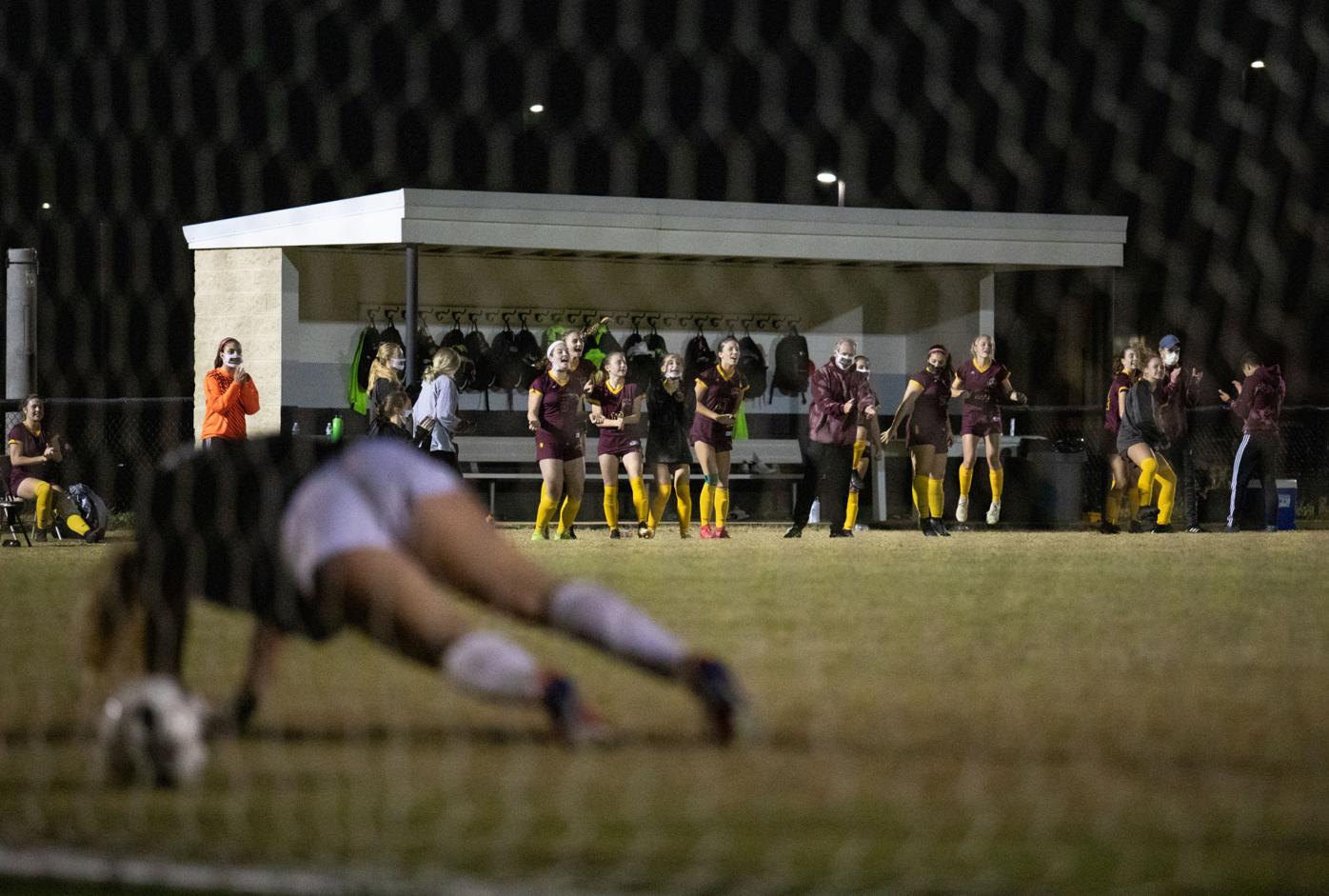 Bowling Green's Natlie Mills gets up from diving to block a penalty kick as the Greenwood Lady Gators cheer from the sidelines in Greenwood's 2-1 win against Bowling Green at South Warren High School on Wednesday, Oct. 14, 2020. (Grace Ramey/photo@bgdailynews.com)

Bowling Green's Natlie Mills gets up from diving to block a penalty kick as the Greenwood Lady Gators cheer from the sidelines in Greenwood's 2-1 win against Bowling Green at South Warren High School on Wednesday, Oct. 14, 2020. (Grace Ramey/photo@bgdailynews.com)

The Greenwood girls’ soccer team made it two straight District 14 Tournament titles with a thrilling 2-1 win over Bowling Green on Wednesday at South Warren High School in a game that ended on penalty kicks.

Bowling Green (10-3-1) tied it late in regulation, despite being a player down, but Greenwood (11-2-1) was able to win it 5-4 in seven rounds of penalty kicks to make it six straight wins over the Lady Purples.

For senior goalkeeper Taryn Guyer, Wednesday’s win was especially sweet after taking a year off from soccer last season.

“... It’s nerve-racking because the game is resting on your shoulders.”

Greenwood’s win came after a grueling match that was scoreless for the first 64 minutes.

The Lady Gators finally broke through in minute 65 when BG keeper Jaycee Patterson was issued a red card trying to prevent Greenwood from a potential breakaway goal. Freshman Breece Bryant, who had no previous experience in goal, stepped in to replace Patterson with the Lady Purples a player down the rest of the way.

On the ensuing free kick following the red card, Hannah Carter fired in a shot to give Greenwood a 1-0 lead.

Even down a player, Bowling Green kept fighting with Maggie Morris breaking through defenders and scoring the equalizer with five minutes left in regulation.

“She’s been doing a great job for us,” BG coach Lisa Correa said. “She’s really coming into this position out here on the flank and she can see different options that she has. She’s been a force out here.”

It remained 1-1 through regulation and two five minute overtimes, setting up penalty kicks.

BG opted to put senior Natlie Mills in net for the PKs.

Guyer stopped BG’s first shot, but the Lady Purples hit the next four. Mills, who was also in net for the first time in her career, also recorded a save during Greenwood’s five attempts and the game was still tied 4-4 after five rounds – sending it to sudden death.

Mills made another diving save in round six, giving Bowling Green a chance to win – but the shot hit the post to send it to another round of kicks.

Greenwood’s Maggie Blair was next and put the Lady Gators back in front.

“I was confident walking up there,” Blair said. “I just had it in my head (I would make it). I have been practicing for a while … so it was a great feeling to make it.”

BG had a chance to tie but the shot hit the post again and bounced away, setting up a big celebration at midfield by the Lady Gators.

“It really shows how much heart this team has – to battle through some resiliency, having a couple of injuries and letting up a goal when they are a man down,” Greenwood coach Zac Lechler said. “We don’t give up. We push through. We persevere and we always come ready to play.”

“I think we have a great group this year,” Blair said. “We did lose a lot of seniors last year, but we have had so many girls step up.”

Despite the loss, Correa said she was super proud of her team’s effort.

“There is no quit in this team,” Correa said. “We knew we were going on to the region, but it’s hard to tell them this isn’t a must-win because you could see how much effort they put into the game.”

Both teams advance to the Region 4 Tournament, which begins Saturday at Warren East High School. Pairings will be determined Friday.