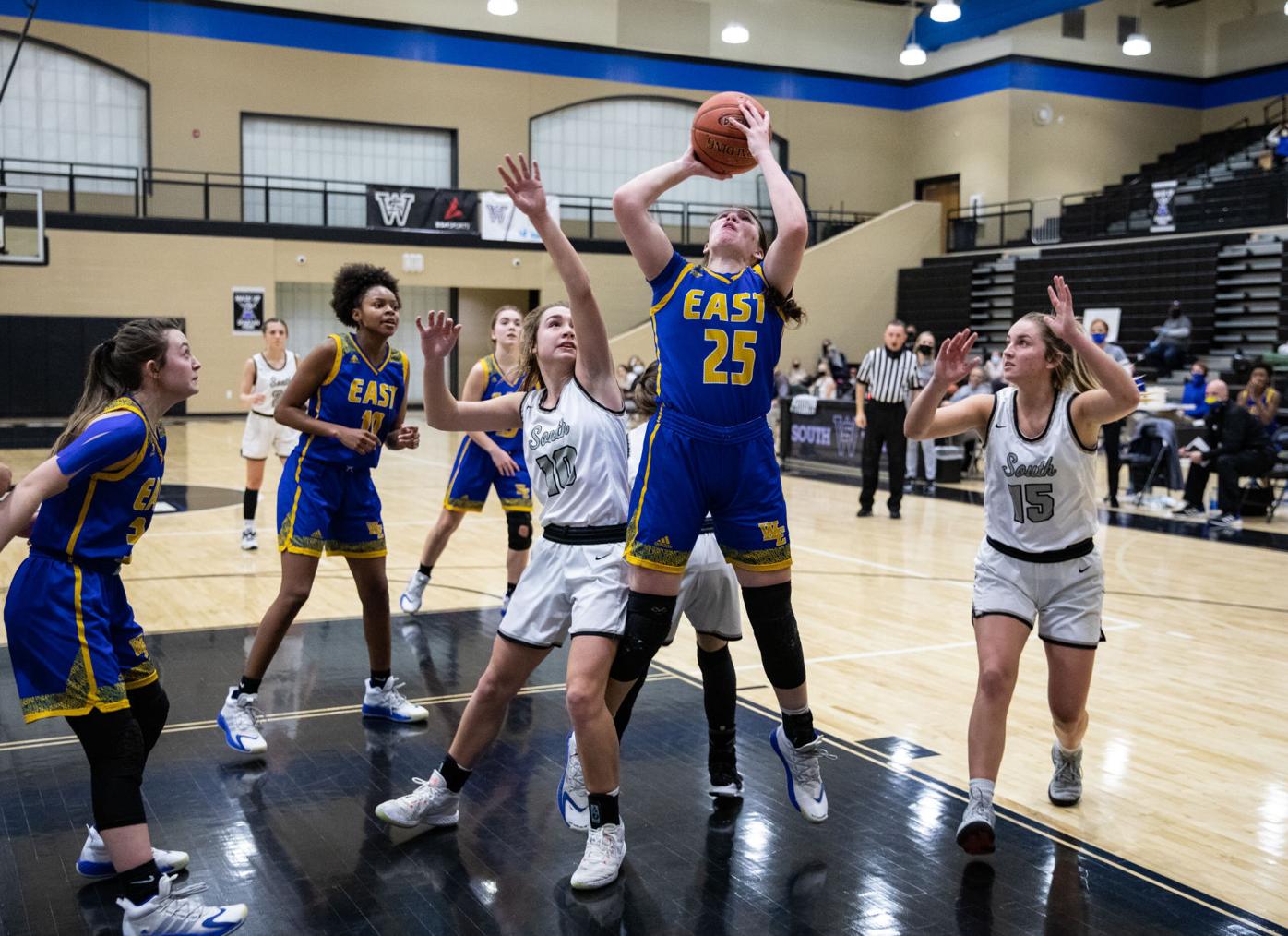 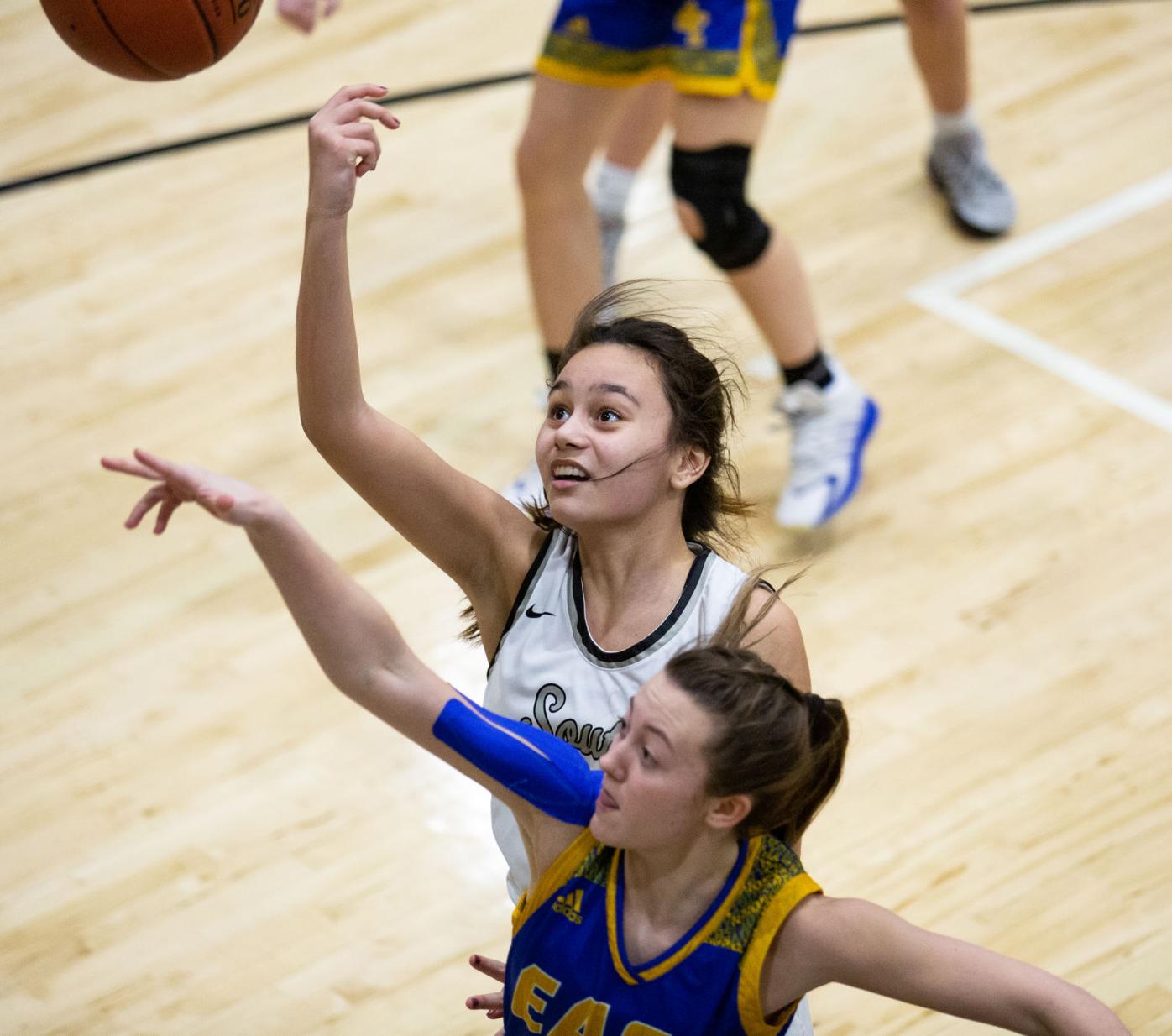 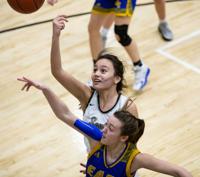 Warren East's Rylee Bratcher reaches to knock the ball out of the hands of South Warren's Mila Munrath as she shoots the ball in the Lady Raiders' 59-57 win over the Lady Spartans at South Warren High School on Friday, Feb. 19, 2021. (Grace Ramey/photo@bgdailynews.com) 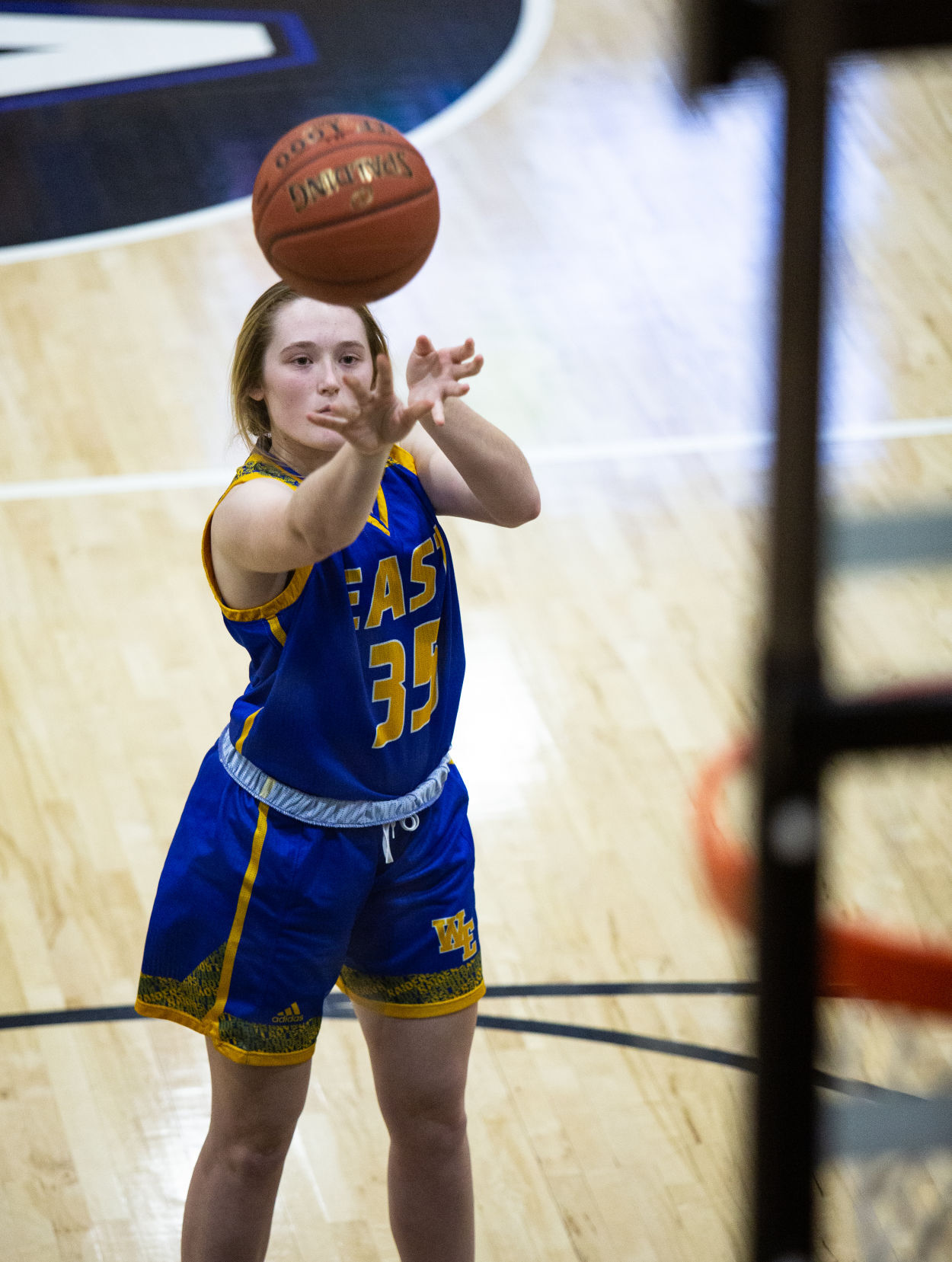 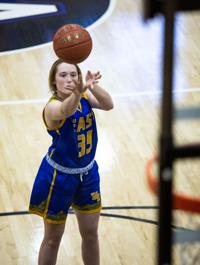 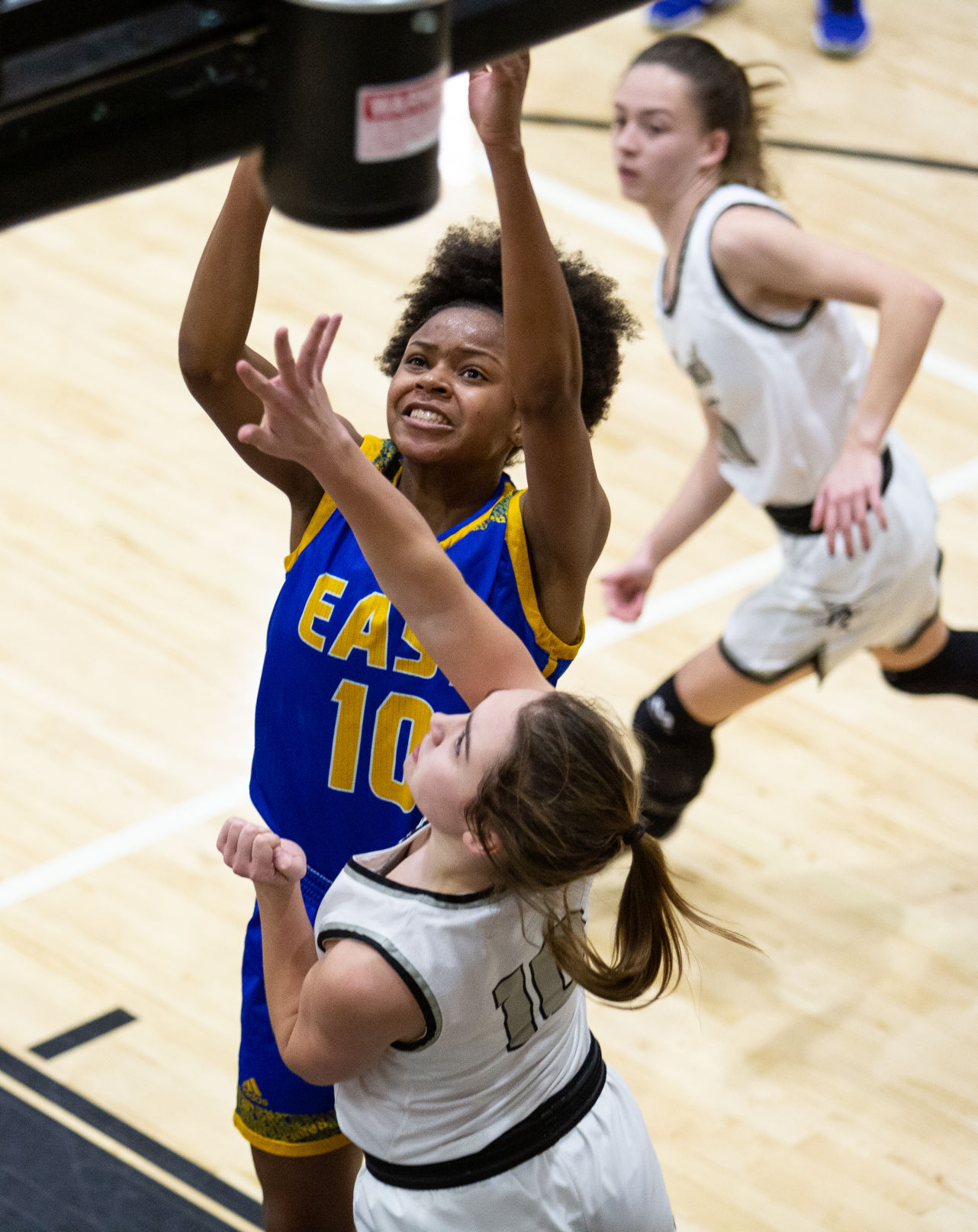 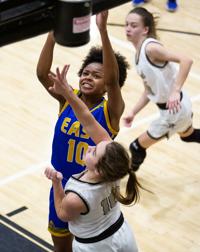 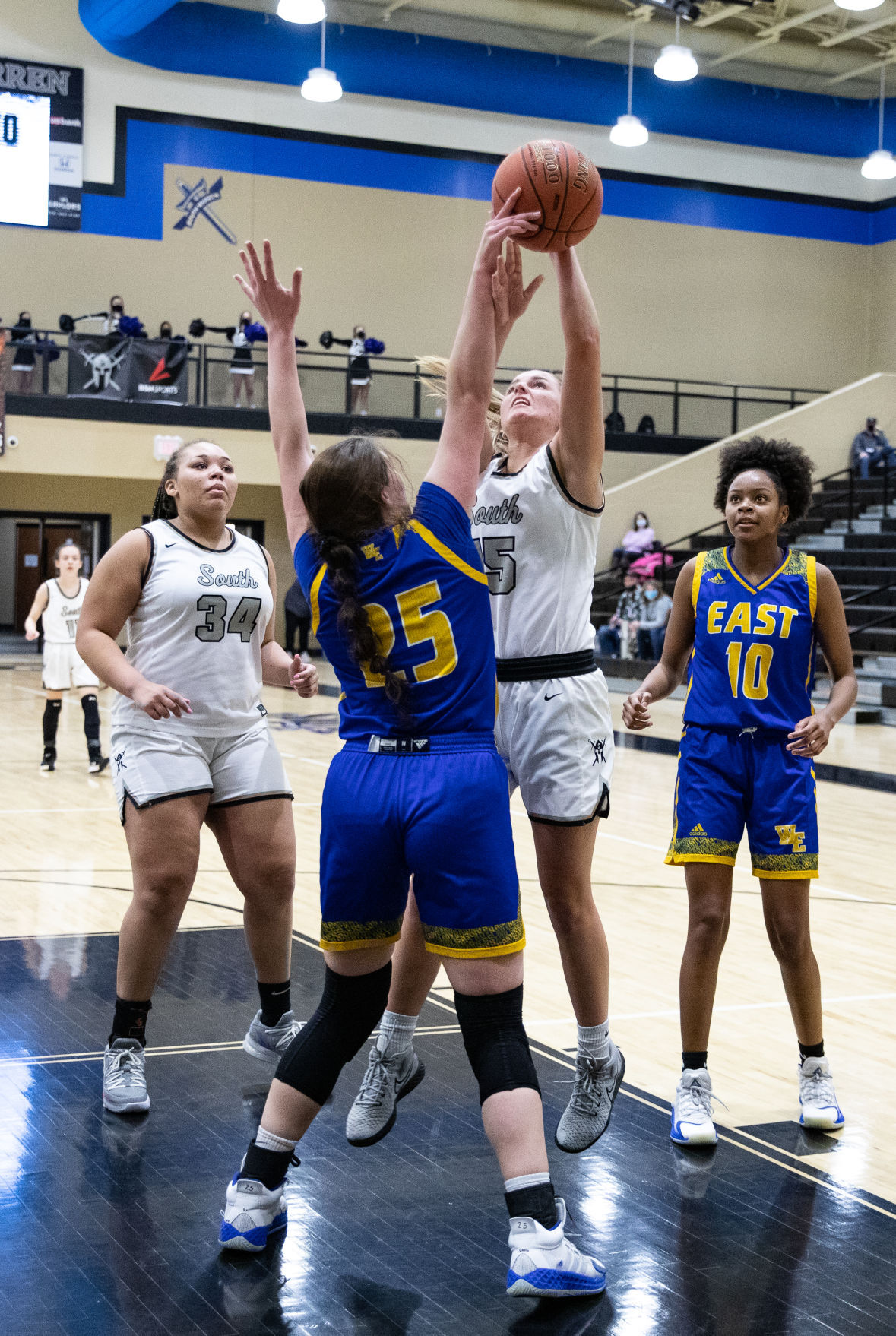 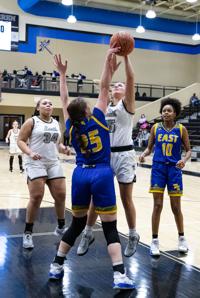 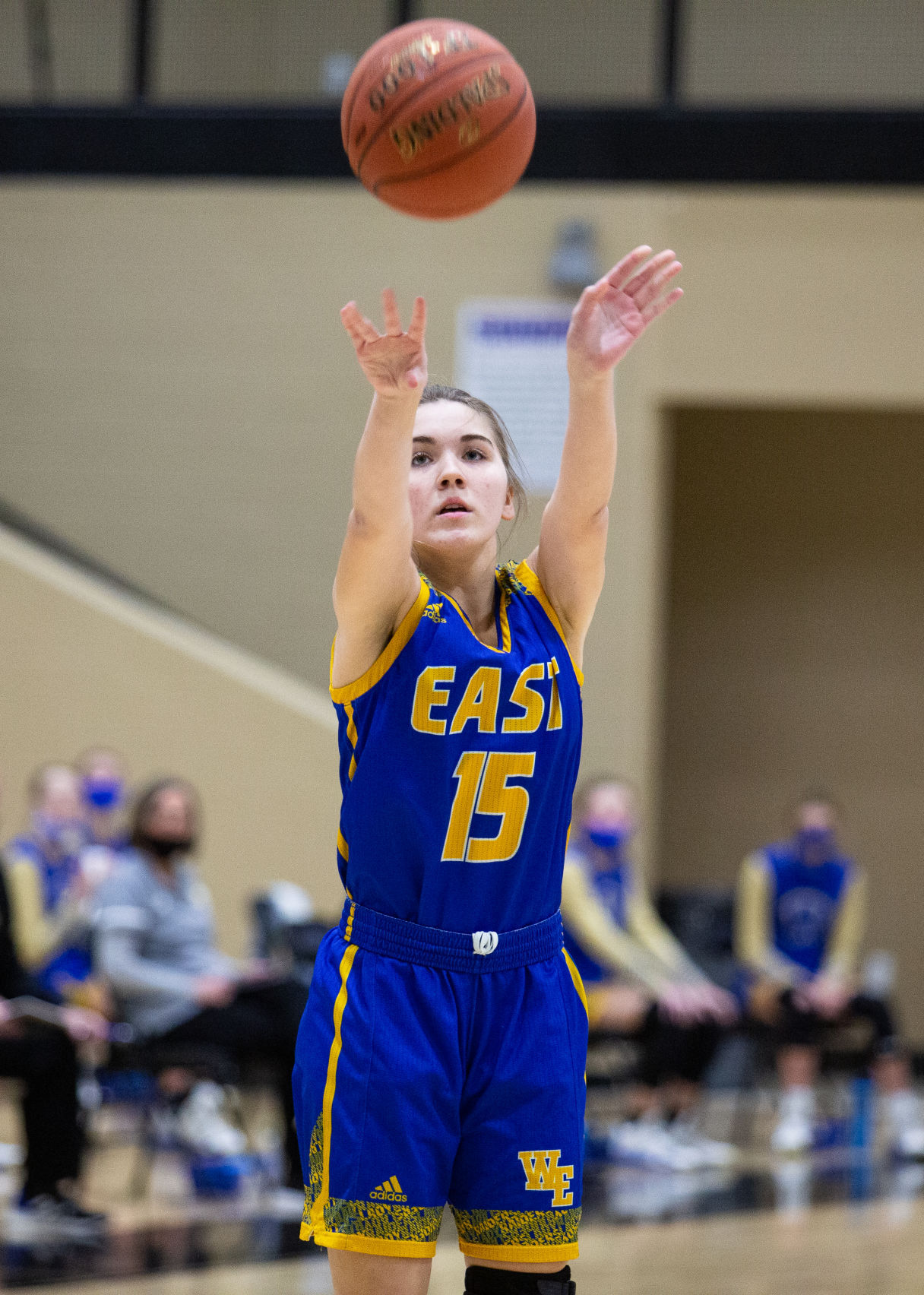 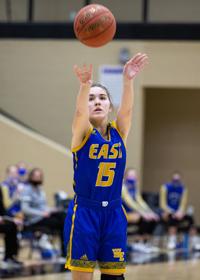 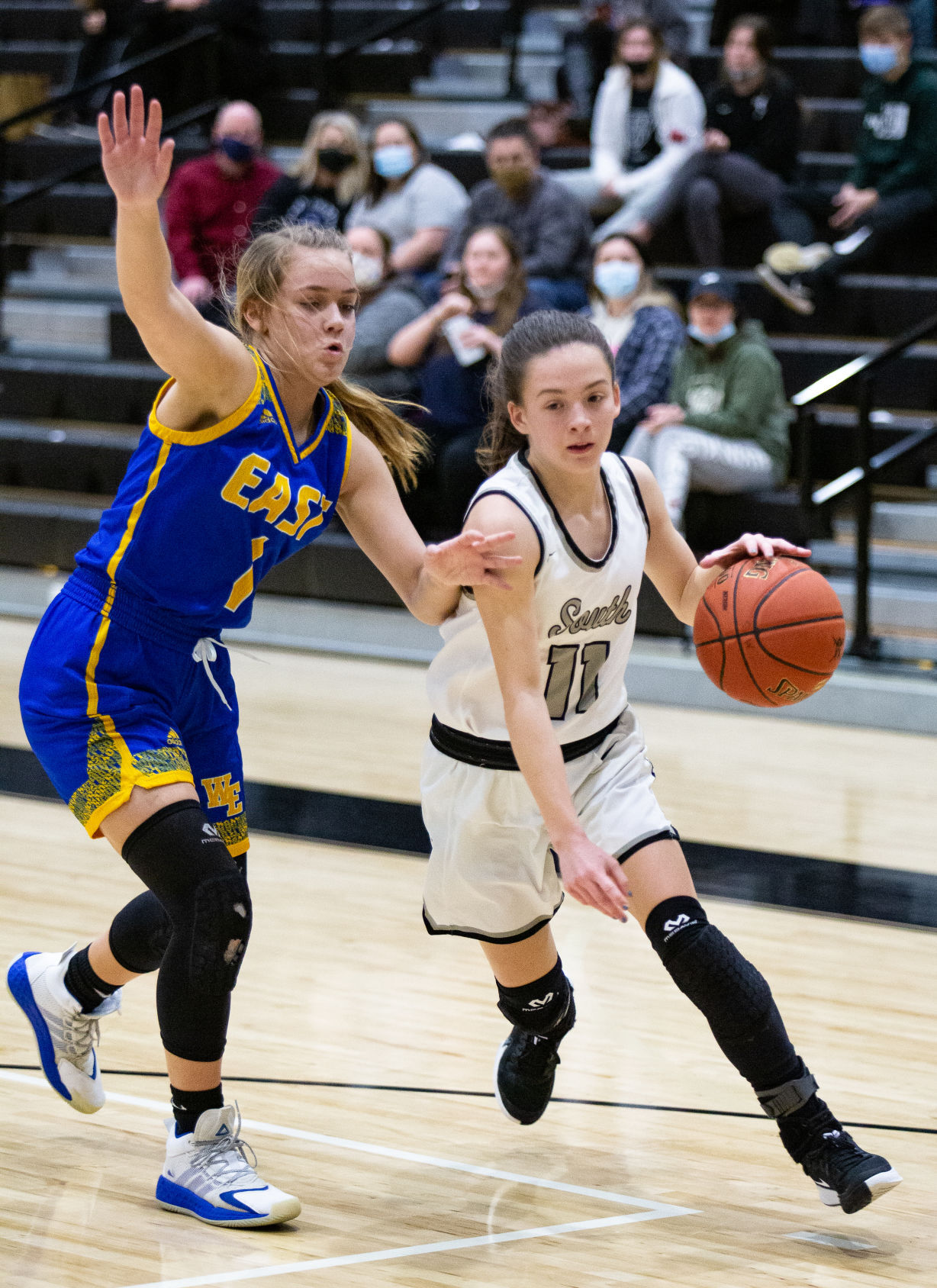 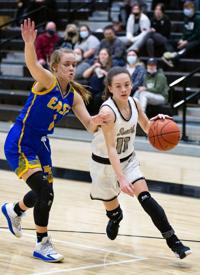 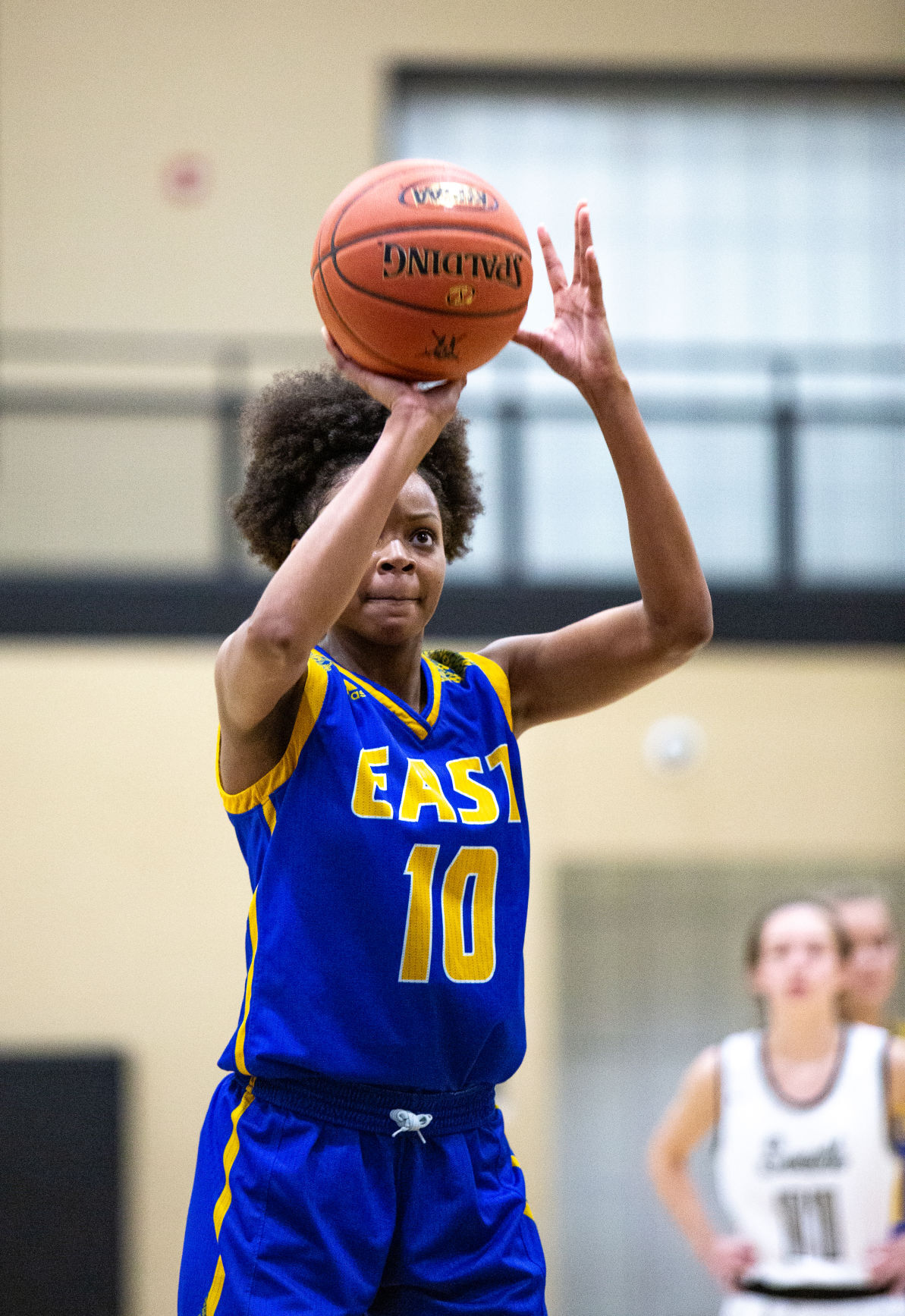 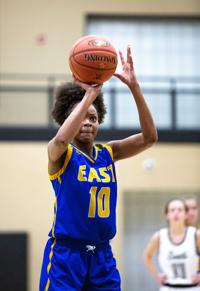 Warren East's Rylee Bratcher reaches to knock the ball out of the hands of South Warren's Mila Munrath as she shoots the ball in the Lady Raiders' 59-57 win over the Lady Spartans at South Warren High School on Friday, Feb. 19, 2021. (Grace Ramey/photo@bgdailynews.com)

When it comes to playing the South Warren Spartans this season, the Warren East girls’ basketball team finds ways to survive.

Warren East did it again in Friday’s 59-57 win at South Warren, building a big lead before hanging on with the Spartans unable to get the potential game-winning 3-pointer to fall at the horn.

It was a similar finish to the team’s first meeting last month, when Warren East nearly squandered a 13-point, fourth-quarter lead before holding on for a four-point win. In Friday’s rematch, the Lady Raiders saw an 18-point, second-half advantage whittled down to the final margin.

“Any time you can get a win on the road in a district game, it is a good day,” Warren East coach Jenny Neville said. “Thankfully we had that lead built up and fought off a really good comeback by South Warren.”

Both teams were playing for the first time in a week, but Warren East (6-7 overall, 2-3 District 14) showed no rust – with a hot shooting first half from 3-point range.

The Lady Raiders were 7-for-11 from 3-point range in the half, with four 3s from Reagan Lawson, helping Warren East build a 37-23 advantage.

The Lady Raiders appeared to be in control again after two Lucy Patterson free throws made the score 58-49 with under a minute remaining, but South Warren got a 3 from Megan Kitchens, two free throws from Gracie Hodges and a bucket by Mila Munrath in a 25-second span to shave the margin to 58-56.

Patterson missed the front end of a 1-and-1, giving the Spartans a chance to tie or take the lead. Hodges was fouled but split the free throws – allowing the Lady Raiders to maintain the advantage.

Caroline Forrester split a pair of free throws to push the lead to two, but South Warren had one more chance – with Carrie Enlow’s 3 at the buzzer hitting off the rim.

“They came back and gave us a punch, but we just took it and ran with it,” Lawson said.

“I thought Reagan Lawson did a tremendous job tonight, taking the pressure off and knocking down shots,” Neville said. “Not only that, but the team did a good job of executing and getting the ball to the hot hand. It opened it up and allowed Lucy (Patterson) to drive and get her baskets.”

Kitchens had 14 points, while Hodges added 11 for South Warren.

“We were a little immature early in the game,” South Warren coach Lane Embry said. “We came out and let them set the tone. Kudos to coach Neville and her team for coming out ready to roll. I don’t know how you hit that many shots after being off an entire week.”