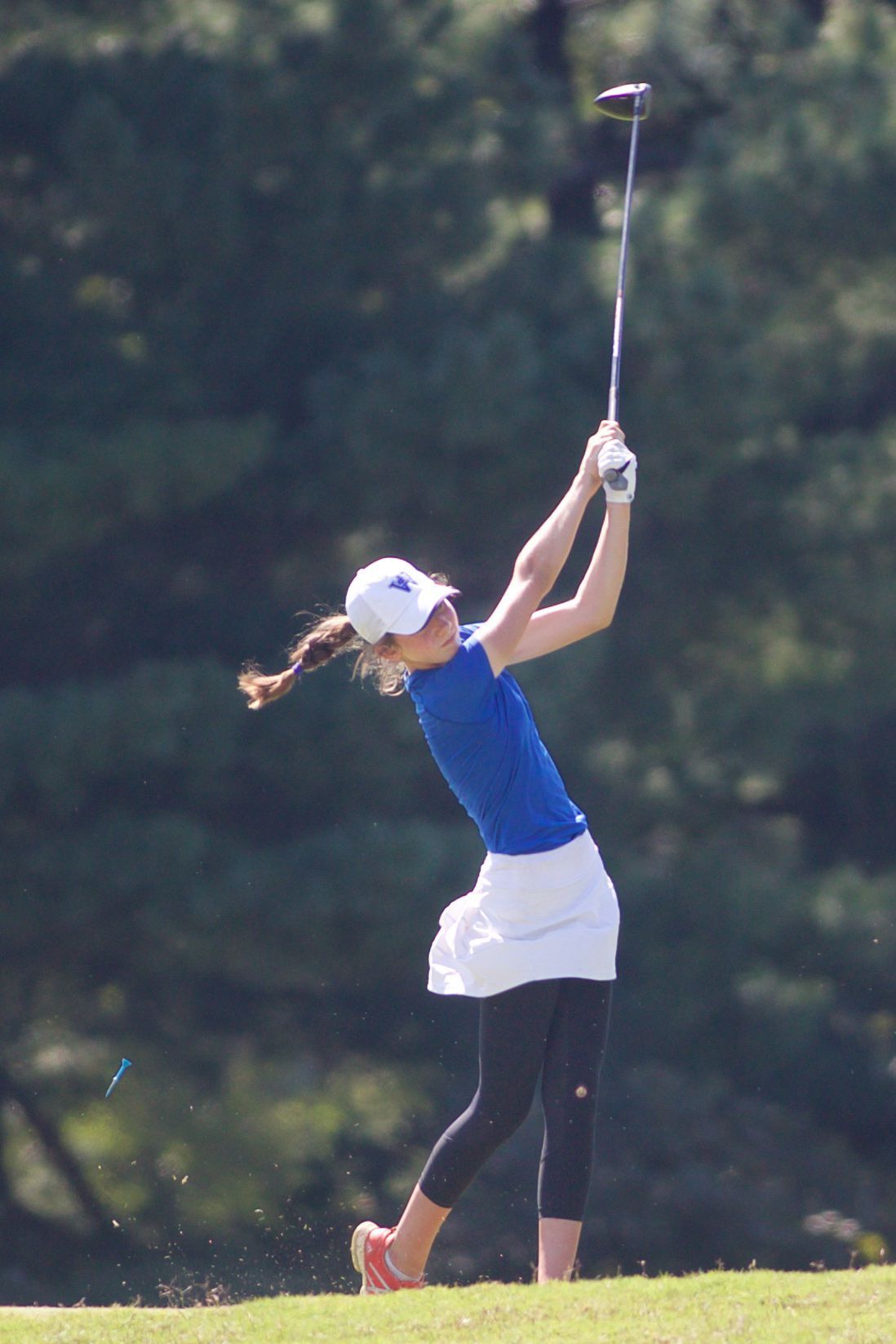 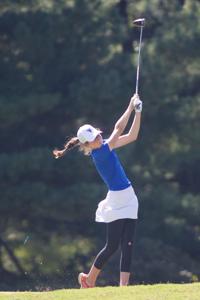 South Warren’s Sydney McClanahan hits the ball off the 18th tee during the Region 3 Girls’ Tournament at Indian Hills Country Club on Monday. 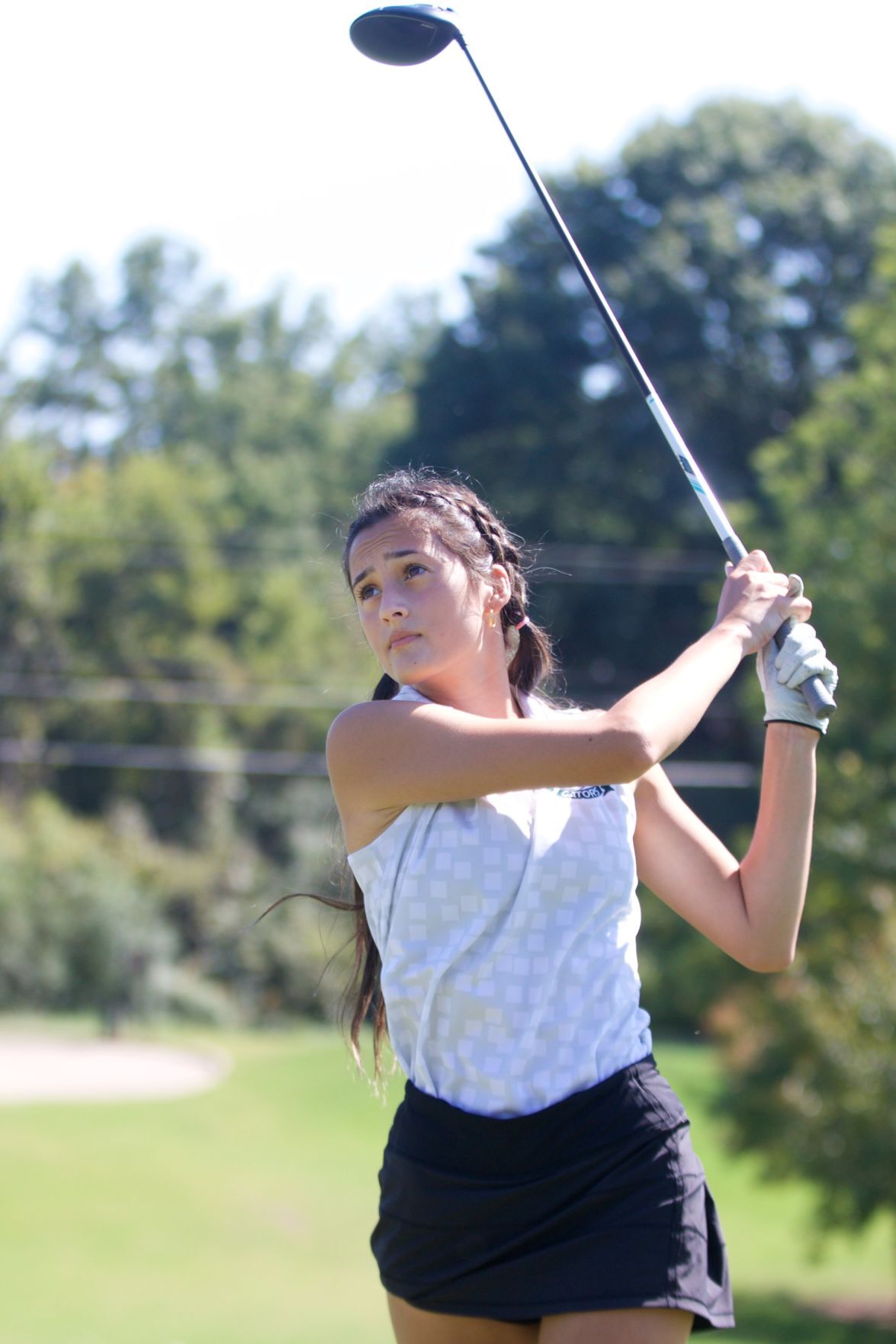 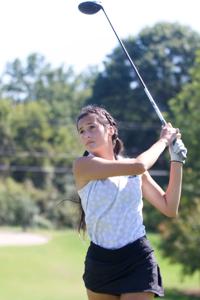 Greenwood High School Emma Ahmed hits off of the 18th tee during the Region 3 Girls' Championship on Monday at Indian Hills Country Club. 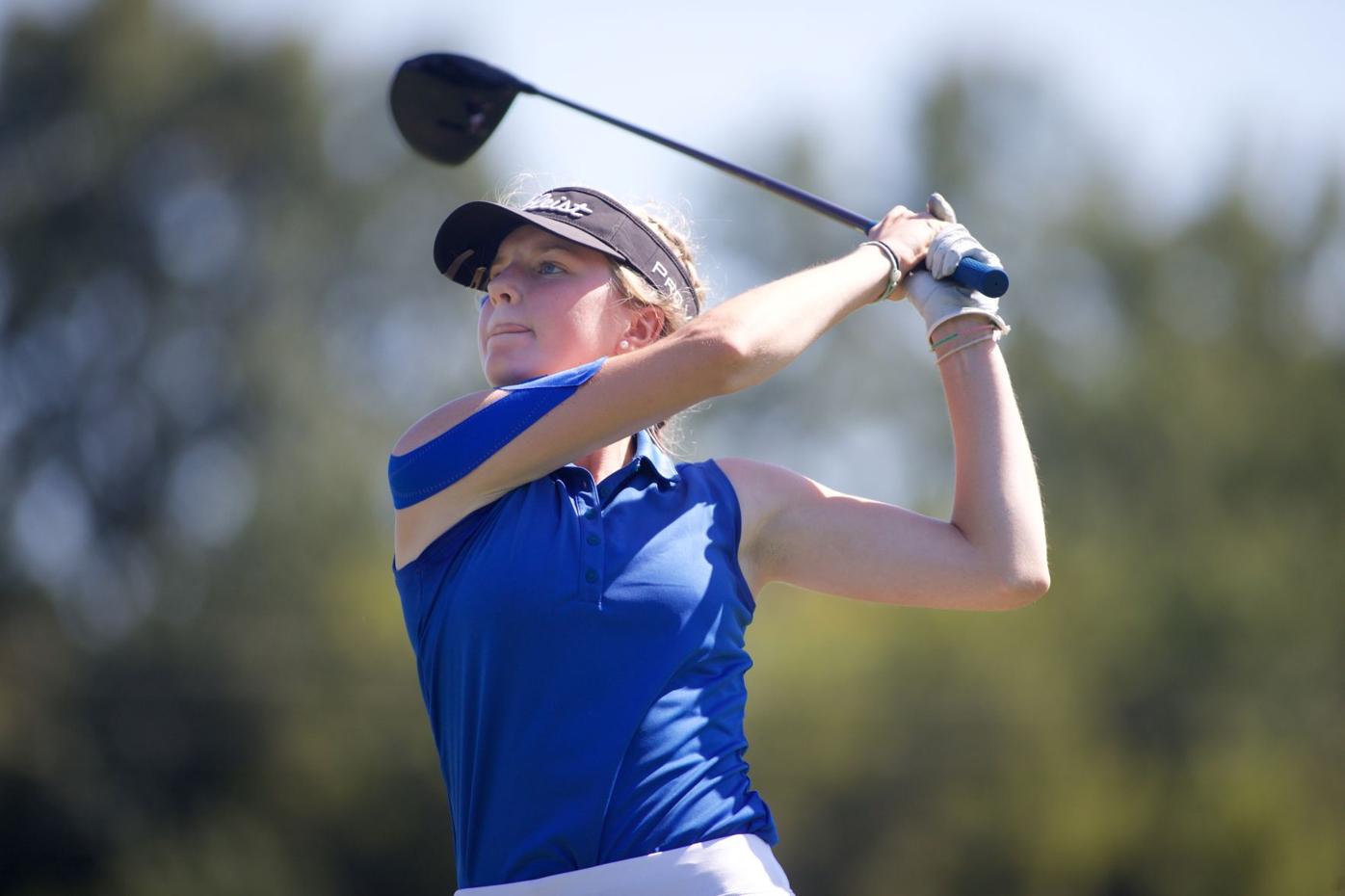 Glasgow’s Graycen Flatt hits off the 18th tee during the Region 3 Girls’ Championship on Monday at Indian Hills Country Club.

South Warren’s Sydney McClanahan hits the ball off the 18th tee during the Region 3 Girls’ Tournament at Indian Hills Country Club on Monday.

Greenwood High School Emma Ahmed hits off of the 18th tee during the Region 3 Girls' Championship on Monday at Indian Hills Country Club.

Glasgow’s Graycen Flatt hits off the 18th tee during the Region 3 Girls’ Championship on Monday at Indian Hills Country Club.

McClanahan fired a 5-over par 76 to win by five shots. It’s the third straight year a South Warren golfer won the region title. Faith Martin, who was there to provide support for McClanahan on Monday, won in 2019 with McKenna Stahl winning last year.

“It’s awesome to win as a freshman,” McClanahan said. “I’ve had great mentors like Faith Martin and McKenna Stahl.”

McClanahan pulled away with a strong finish, recording birdies on 10 and 13 on the back nine. Her only bogey in the final nine holes was on the par-4 11th.

“My putting was really good,” McClanahan said. “I had 25 putts and I had a chip-in. That helped. My driver wasn’t too hot, but my irons were good.”

And while the win wasn’t even doubt, she still admitted to being a little nervous during her final putt.

“It was nerve-racking,” McClanahan said. “I didn’t want to miss that 3-footer. It would have been embarrassing.”

Greenwood senior Emma Harmon finished second with an 81. Harmon said it was extra special since this was her the last region tournament of her prep career.

“It’s a great feeling,” Harmon said. “I can breathe now – all of that nervousness I get for region, it’s gone. I never get nervous at state. I just try to have fun and do the best I can. It’s exciting.”

After finishing 15th at state last year, Harmon said she is looking forward to one last state tournament. The opening round is scheduled for Tuesday at Bowling Green Country Club.

“I like playing Bowling Green (Country Club),” Harmon said. “I’ve learned how to play both sides. I really love playing the front now. It’s just really fun getting to walk with your coach all 18 holes and getting the whole experience.”

Glasgow claimed the team title, its first team region crown since 2013. The Lady Scotties finished with a team score of 347.

“I’m super proud of all of them,” Glasgow coach Bart Roberts said. “To bring four seniors into, when they knew it was going to be their last region tournament, there were definitely some nerves today, but after those first couple of holes they really settled down and took over and ended up showing who they are.”

Roberts added he is excited to see what the team can do next week at the state tournament.

“Three of my four girls that are playing next week have already seen Bowling Green Country Club in state tournament conditions,” Roberts said. “Expectations are high. We are going to go out and fight every single hole. I’d love to see a win.”

Bowling Green finished second with a team score of 386.

Junior Macy Meisel led the way with a 90 to earn a spot in the state tournament as an individual qualifier.

“I’ve come super close the last several years, but I’ve never made it,” Meisel said. “This is a very big deal for me. I know I was close, but I wasn’t quite sure if I had made it. I was really fighting for it at the end.”

Meisel added that the team’s performance was especially exciting.