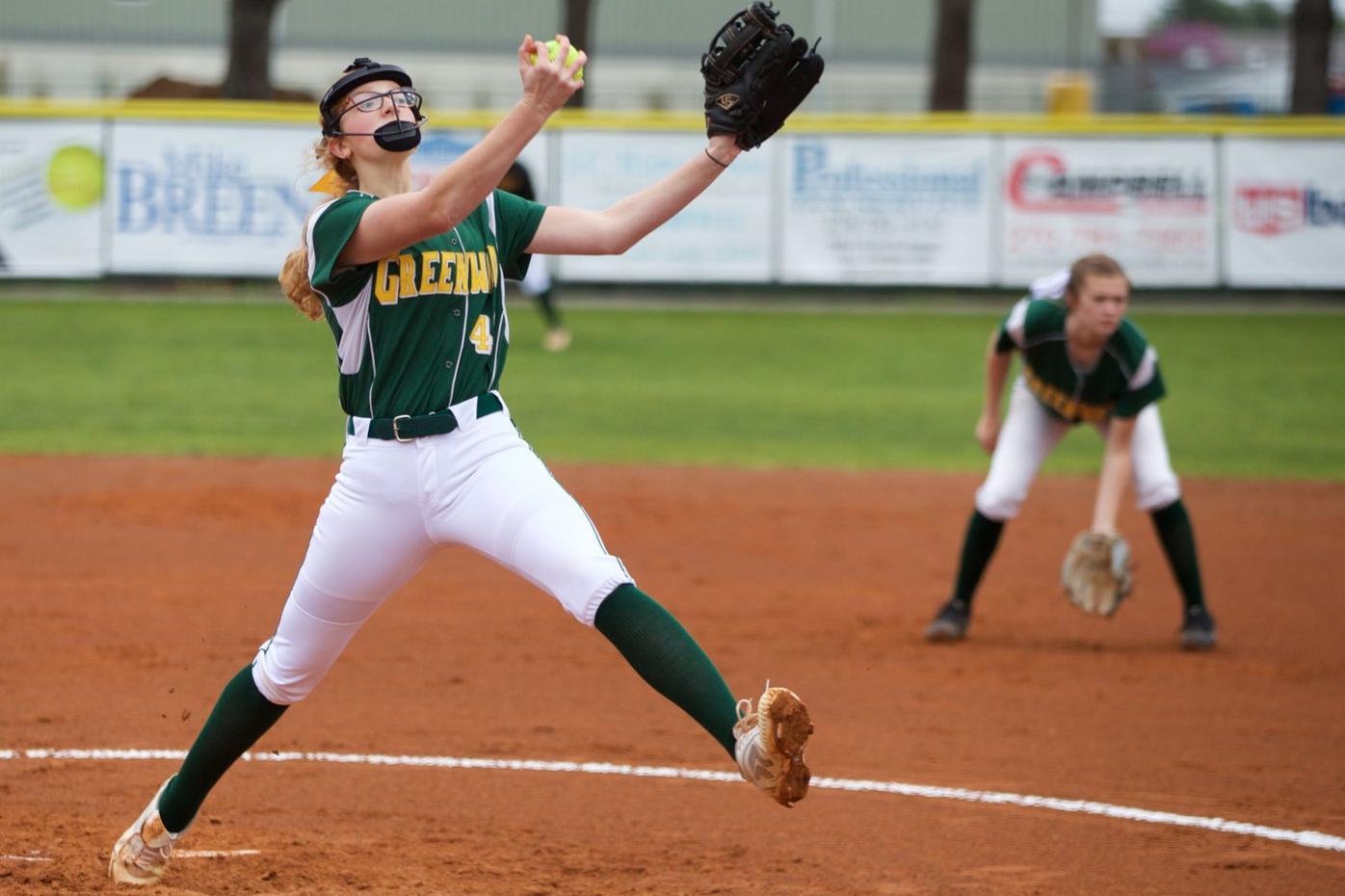 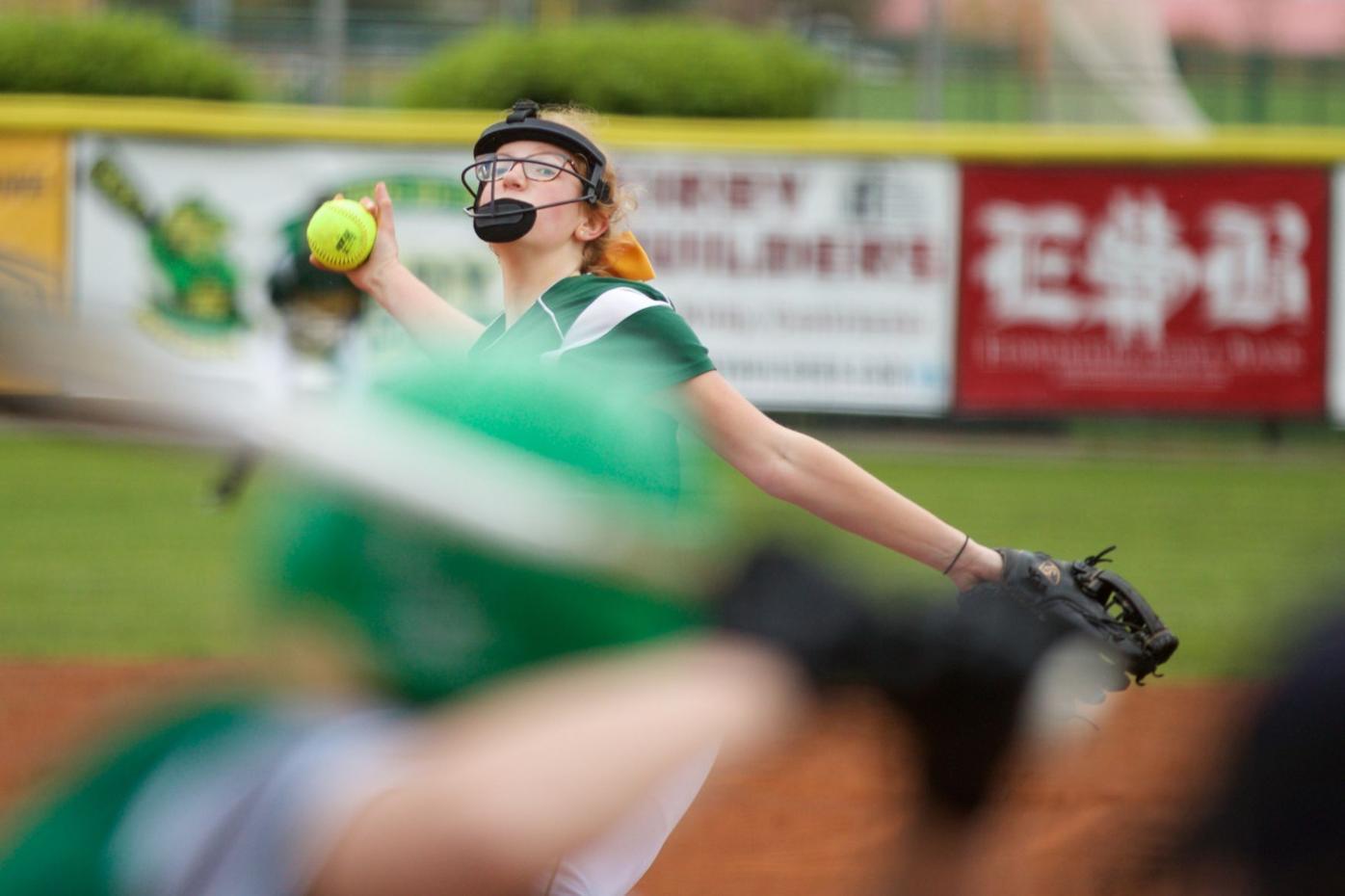 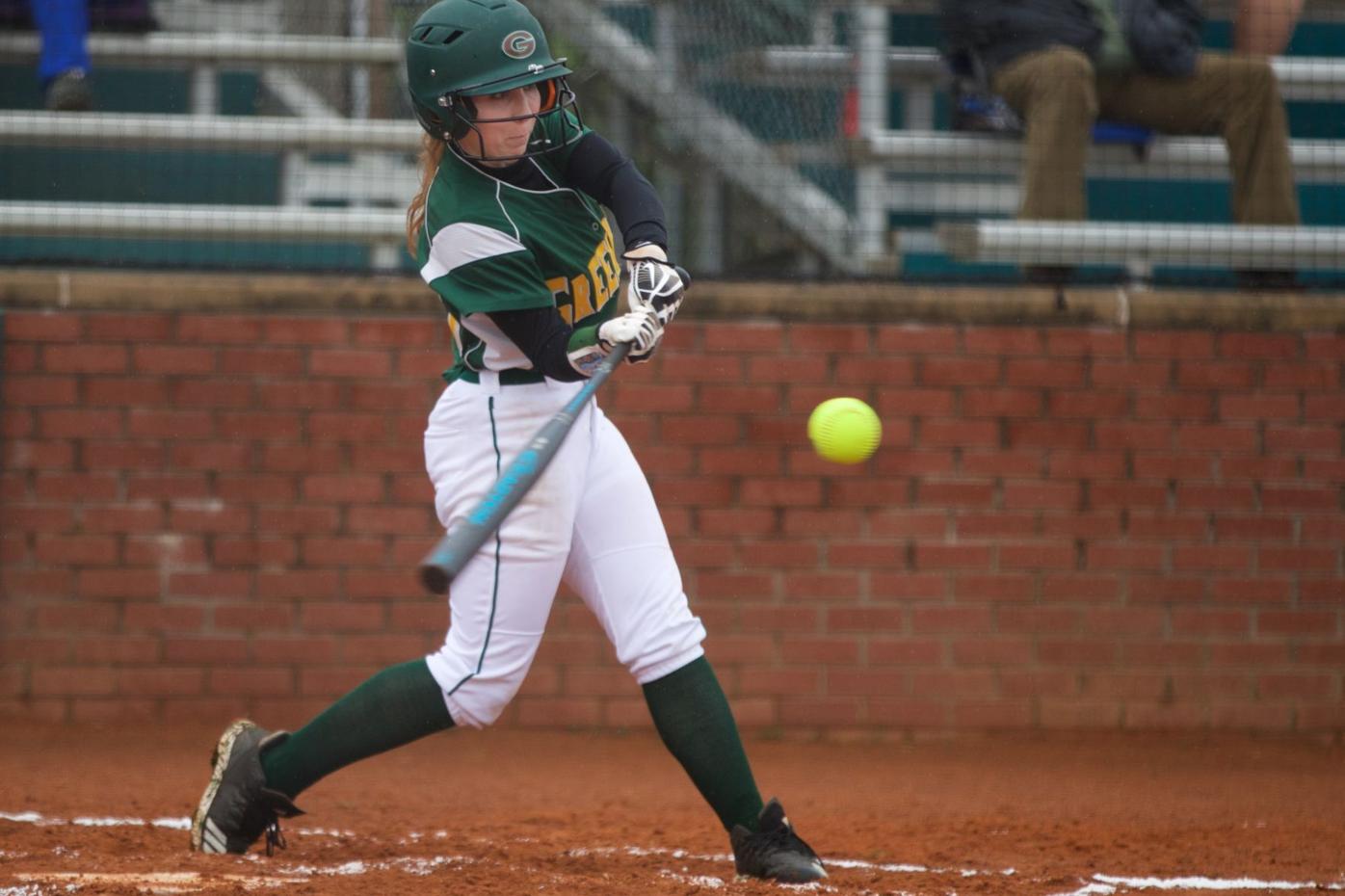 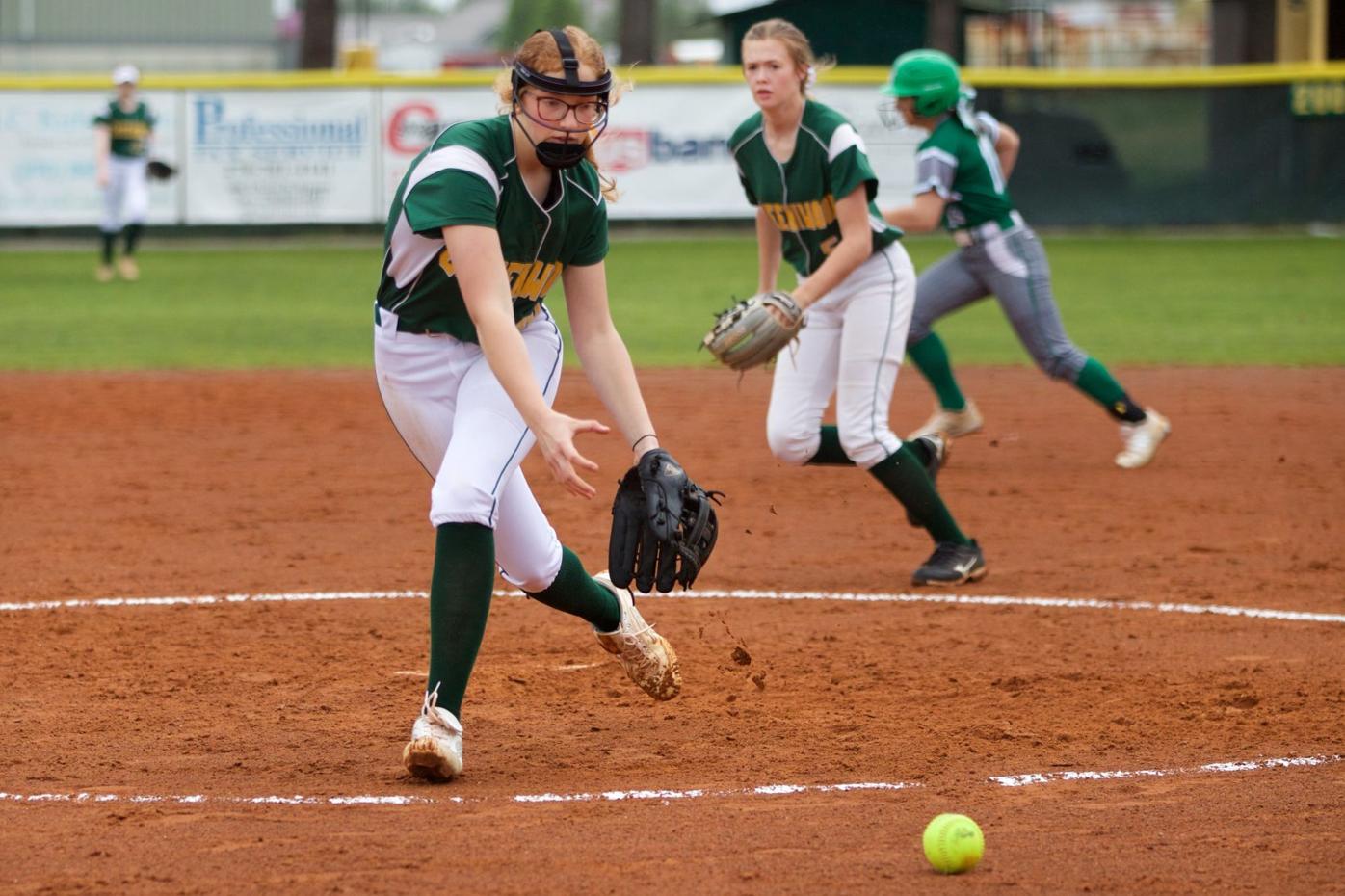 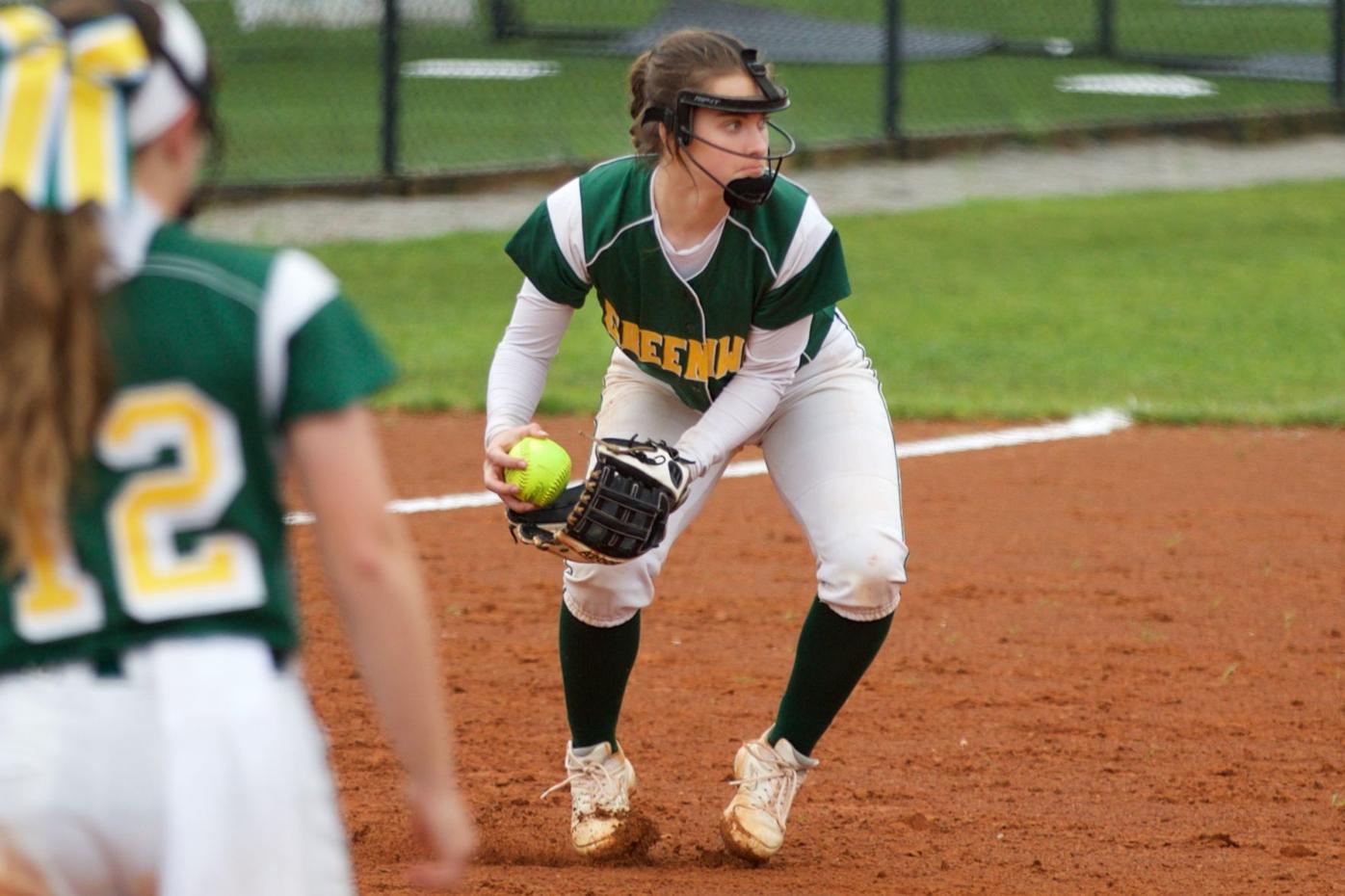 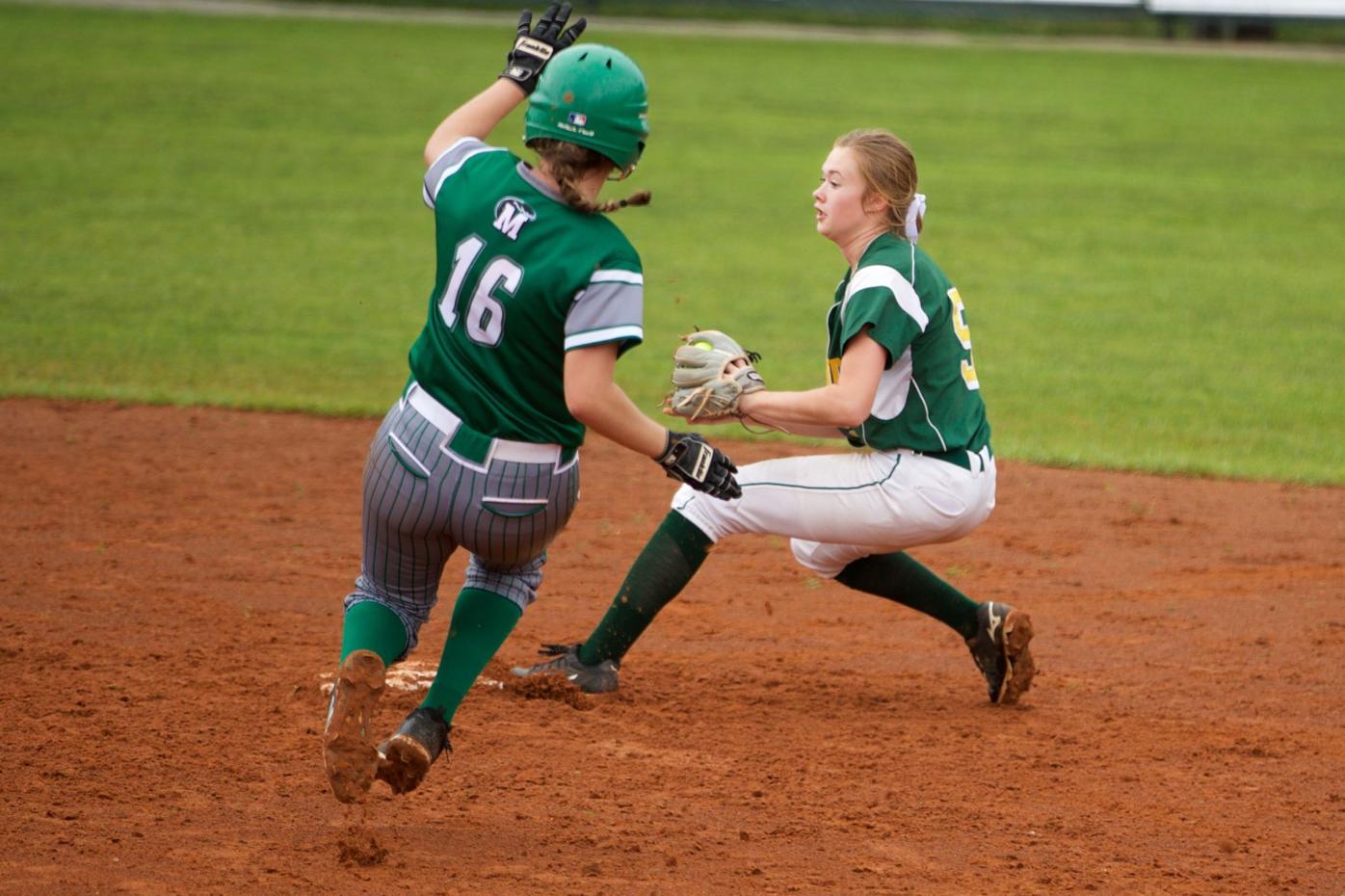 Greenwood High School junior second baseman Caitlyn Oliver (5) tags the base for an out against visiting Meade County Saturday April 10 in Bowling Green. 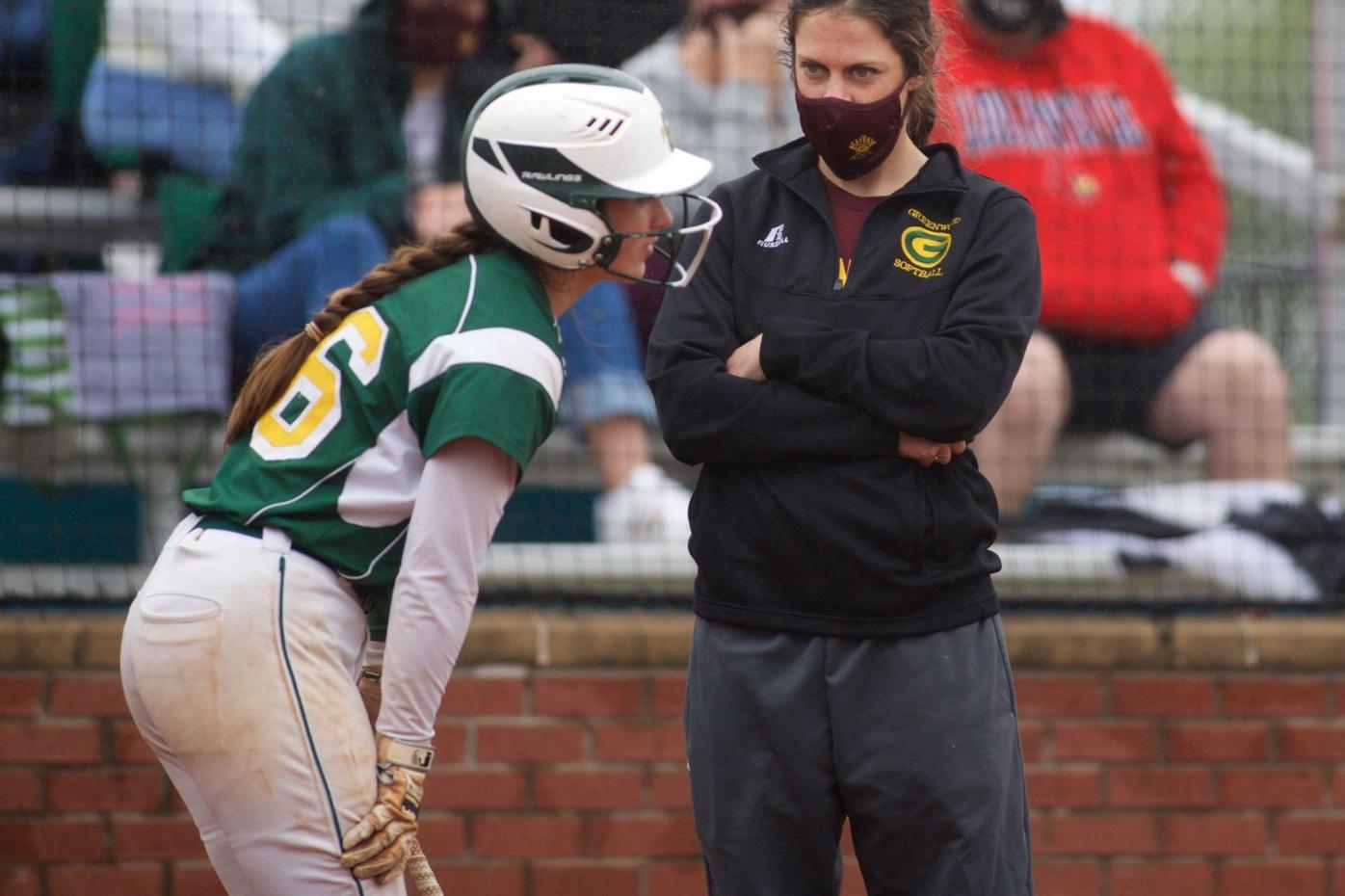 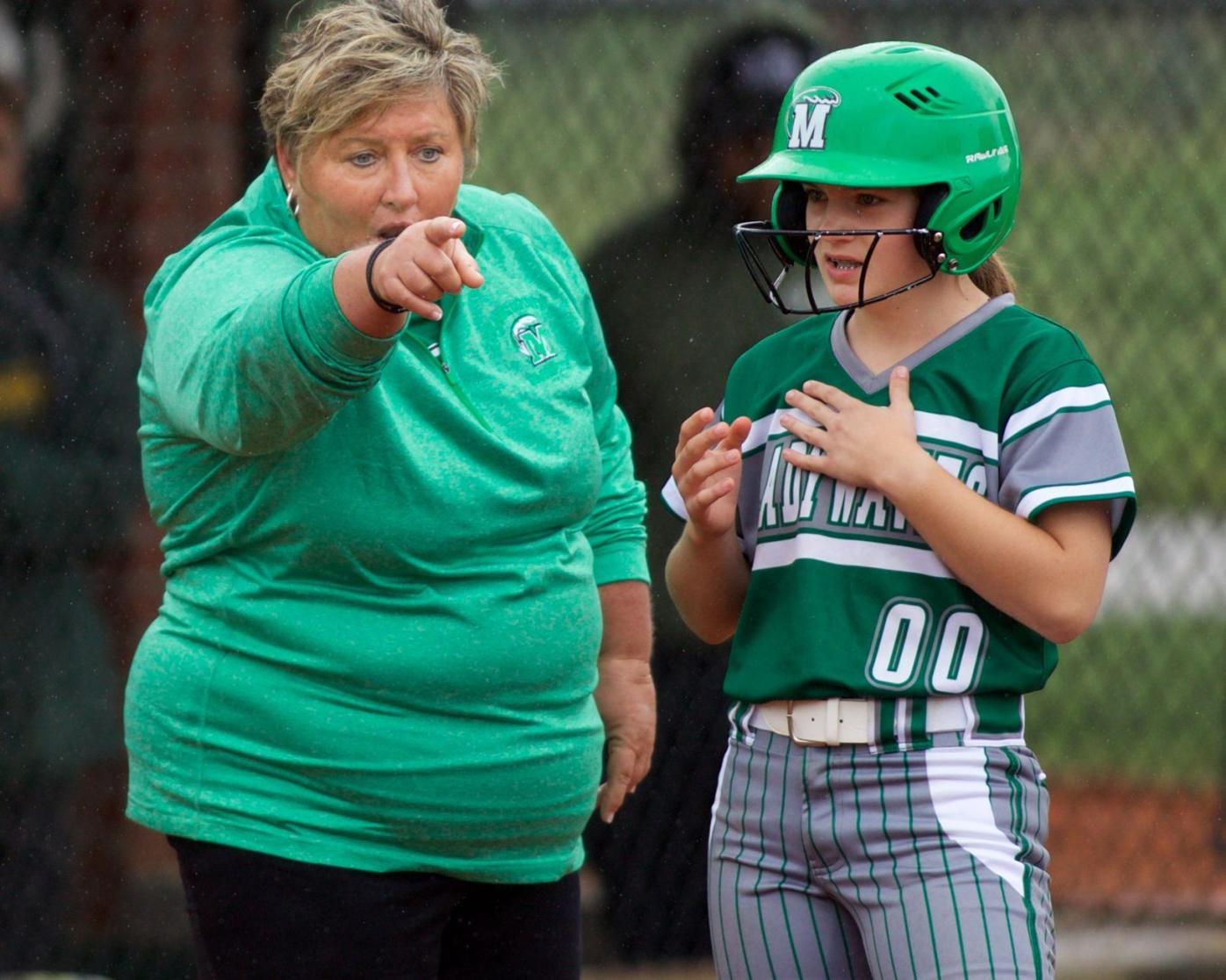 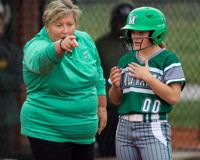 Greenwood High School junior second baseman Caitlyn Oliver (5) tags the base for an out against visiting Meade County Saturday April 10 in Bowling Green.

Penny Reece sat in the same dugout at the field named after her and filled out her lineup card in the same spot she did for 25 years as coach of Greenwood softball prior to Saturday’s game.

This time it was a little different for Reece, back at Penny Reece Field as head coach of Meade County for the first time since 2014 when she was removed as coach.

Reece’s new team made sure her return was a successful one as Meade County defeated Greenwood 3-1.

The Lady Waves jumped out to an early lead and pitcher Mary Morgan made it stand, giving Reece a win against a program she led to three state titles and 607 victories.

“I’m not gonna lie, it is nice,” Reece said. “I felt like I came home. This was home for 25 years. How can you not feel that? To walk over there (on the Greenwood side) and have so many people say, ‘Hey coach’ and ‘Glad to see you’ and such, that is nice. That’s a nice feeling. I appreciated that.”

Greenwood coach Taylor Proctor, who was part of the Lady Gators’ state championship teams in 2007 and 2008, said it was good having Reece back.

“Just like another game, I guess,” Proctor said. “Nothing really different for me. She’s a good coach and well-respected in Kentucky. She’s got a good team.”

Meade County (7-2) took the lead three batters in after an error and two-run homer from Morgan.

“We have struggled the last couple of games, just kind of flat and going through the motions,” Reece said. “Why? I don’t understand how you do that in the second week of the season, but it is just a mental thing. To come out and get that, that loosens you up a little bit.”

Greenwood (2-2) broke through in the third. The Lady Gators loaded the bases with one out, and cut the deficit to one on an RBI single by Kaitlyn Wilson. The rally would end there however, as Allyson Smith popped out on a diving catch by third baseman Makaya Broomfield that turned into a double play when the runner from third kept running.

“It was a big momentum shift when we made little errors like that,” Proctor said. “Baserunning mistakes, mental errors, all of those things – when you are playing a good team you can’t have those kind of mistakes. They will take advantage.”

It remained 2-1 until the sixth, when Morgan’s double and a passed ball set the stage for an RBI single by Ryley Lancaster that gave Meade County some insurance.

Greenwood had a runner erased on a double play in the sixth and the Lady Gators were retired in order in the seventh.

“We came out flat,” Proctor said. “We didn’t swing the bat well. We didn’t execute when we had runners in scoring position. Honestly, they took advantage of our mistakes and we didn’t take advantage of theirs.”

Morgan earned the win, allowing one run and three hits with three strikeouts in seven innings.

Kayden Murray took the loss for Greenwood, allowing one earned run and three hits with three strikeouts over three innings.

The Lady Gators finished with three hits – one each from Wilson, Murray and Grace Boyden.

Greenwood will return to action at 5:30 p.m. Tuesday, hosting Warren Central in a doubleheader. It will begin a stretch of four games in three days against District 14 opponents, with the Lady Gators hosting Warren East on Wednesday and traveling to South Warren on Thursday.