You are the owner of this article.
Edit Article Add New Article
Home
News
Obituaries
Sports
Opinion
Classifieds
Jobs
e-Edition
Share This
1 of 12 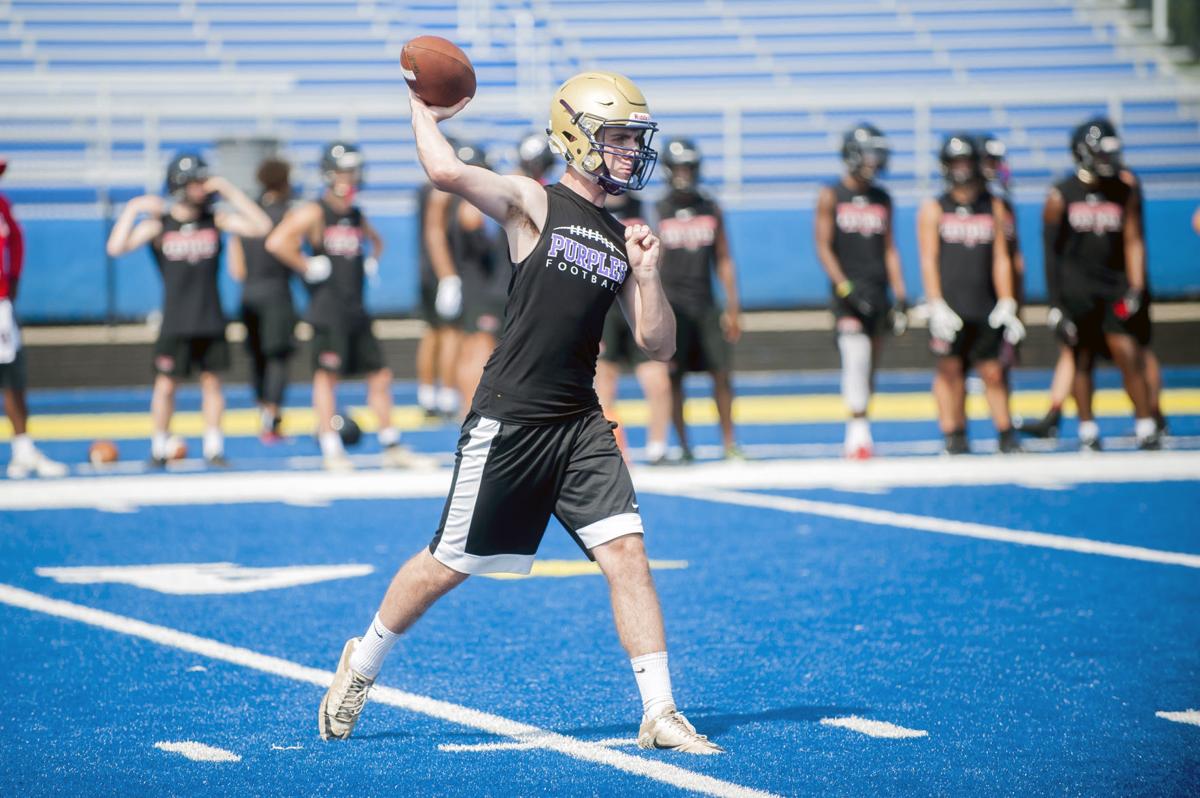 Bowling Green quarterback Max Payne prepares to pass Thursday during 7-on-7 competition at Warren East High School. Payne is one of three quarterbacks vying for the Purples’ starting job heading into the season. 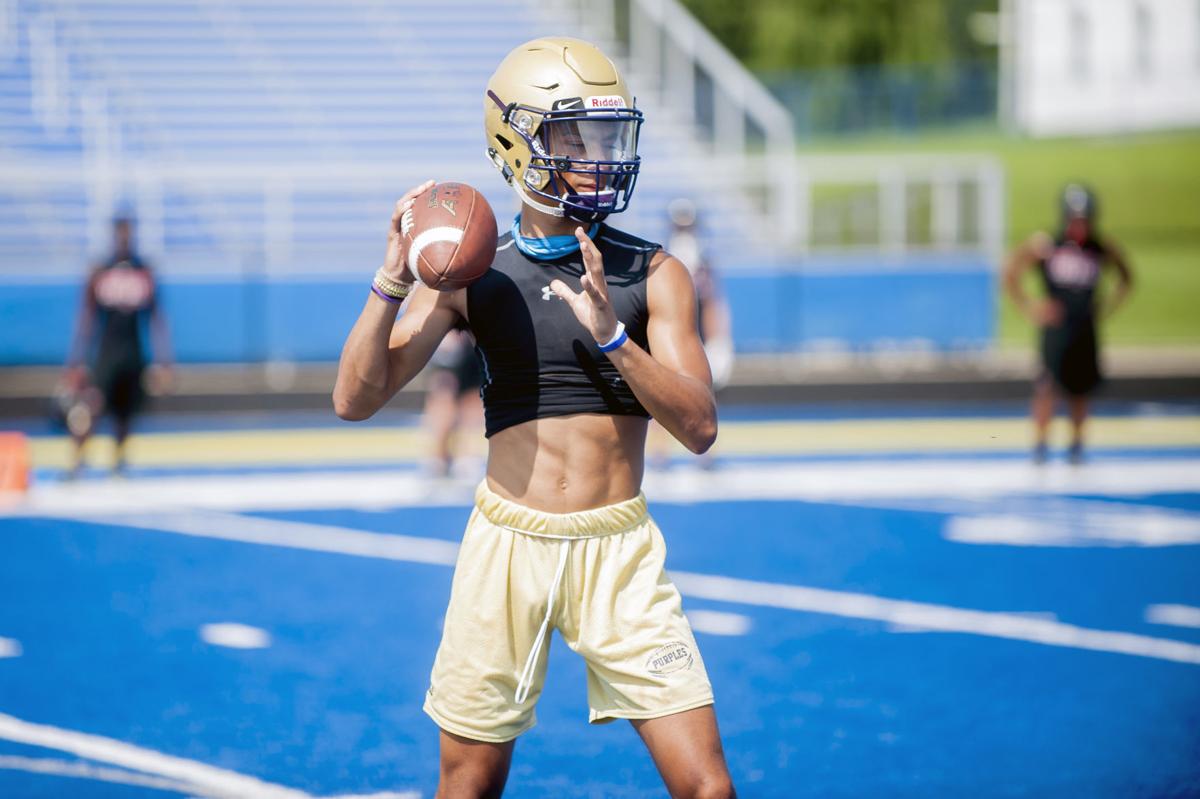 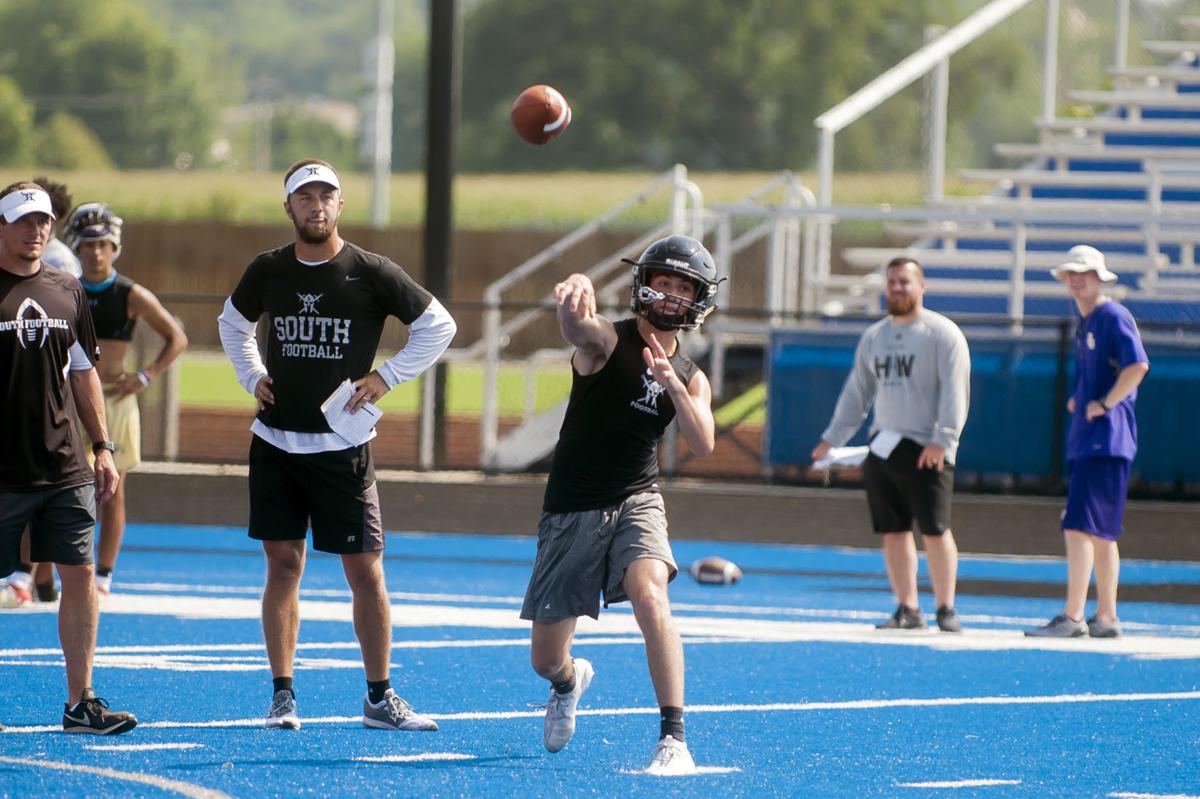 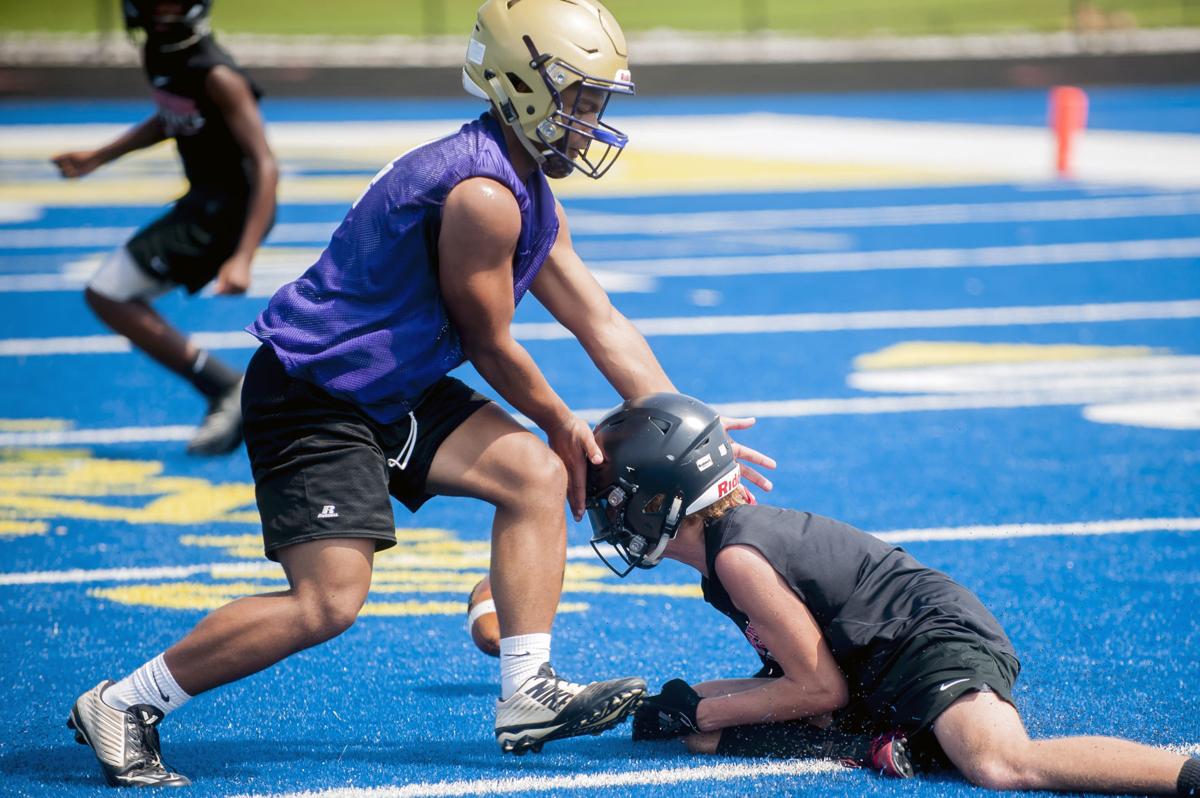 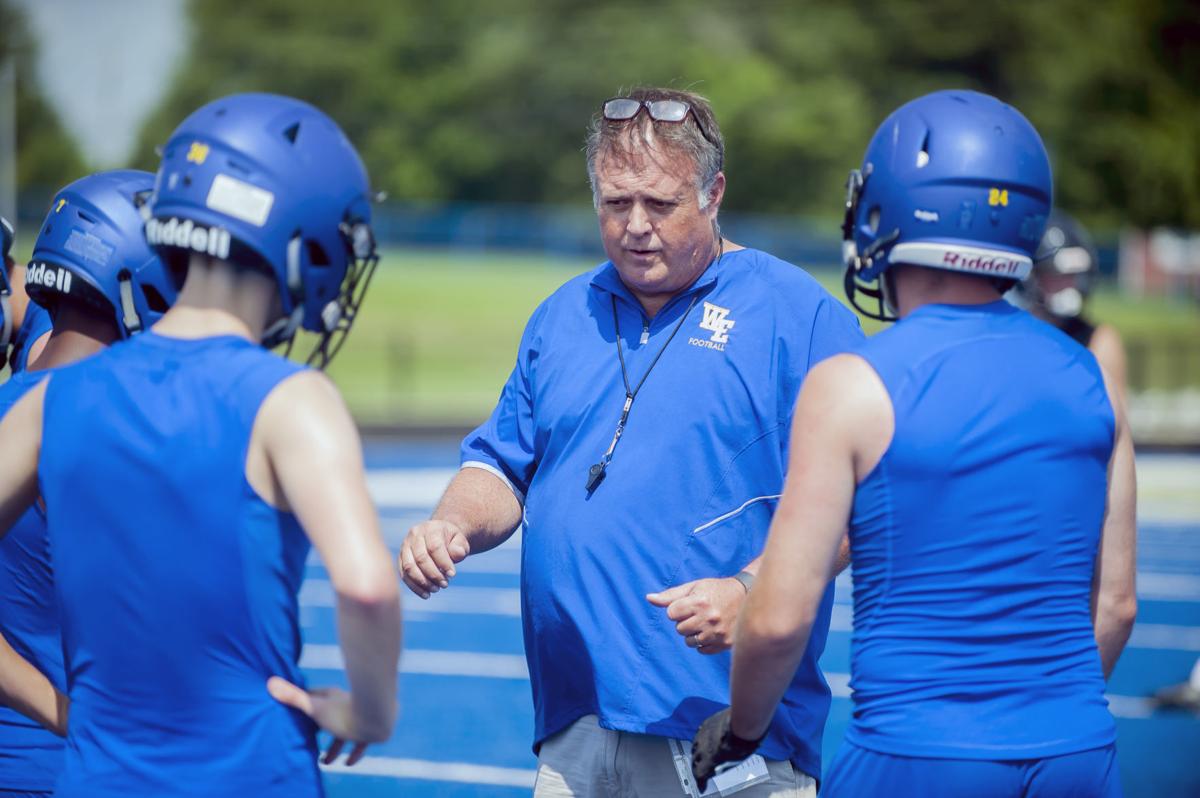 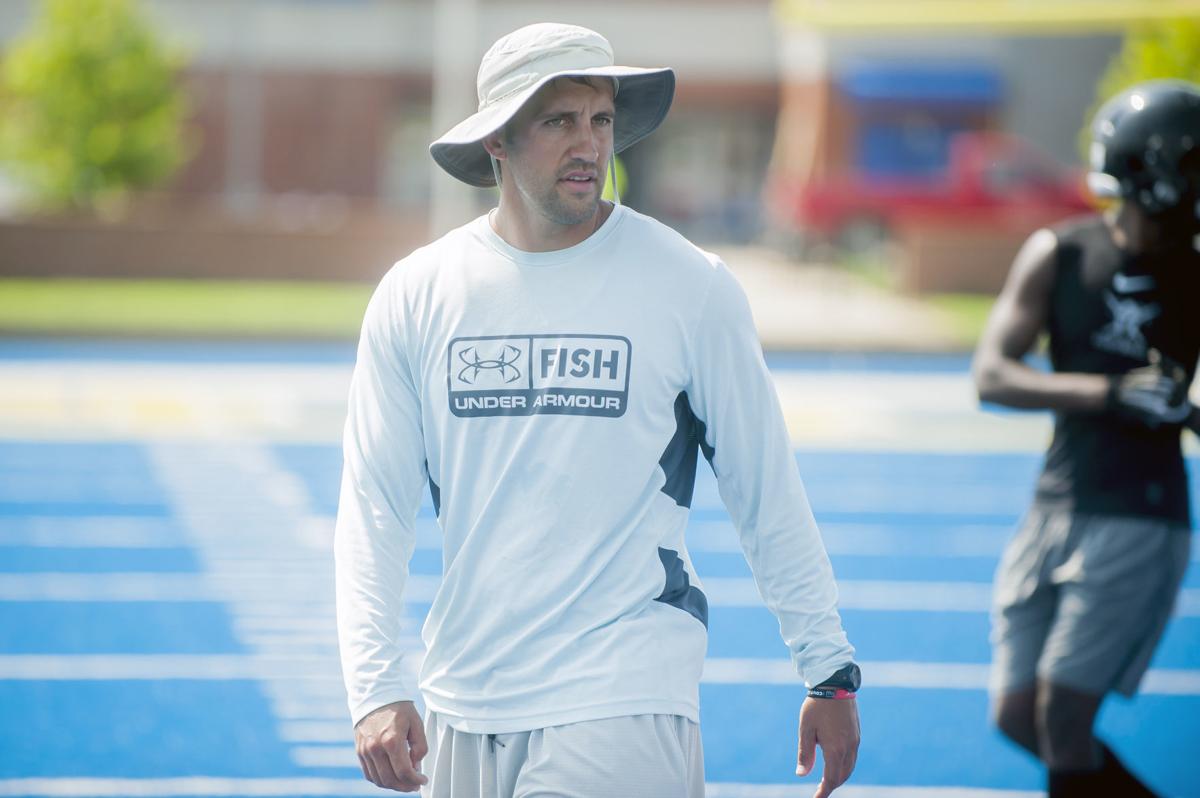 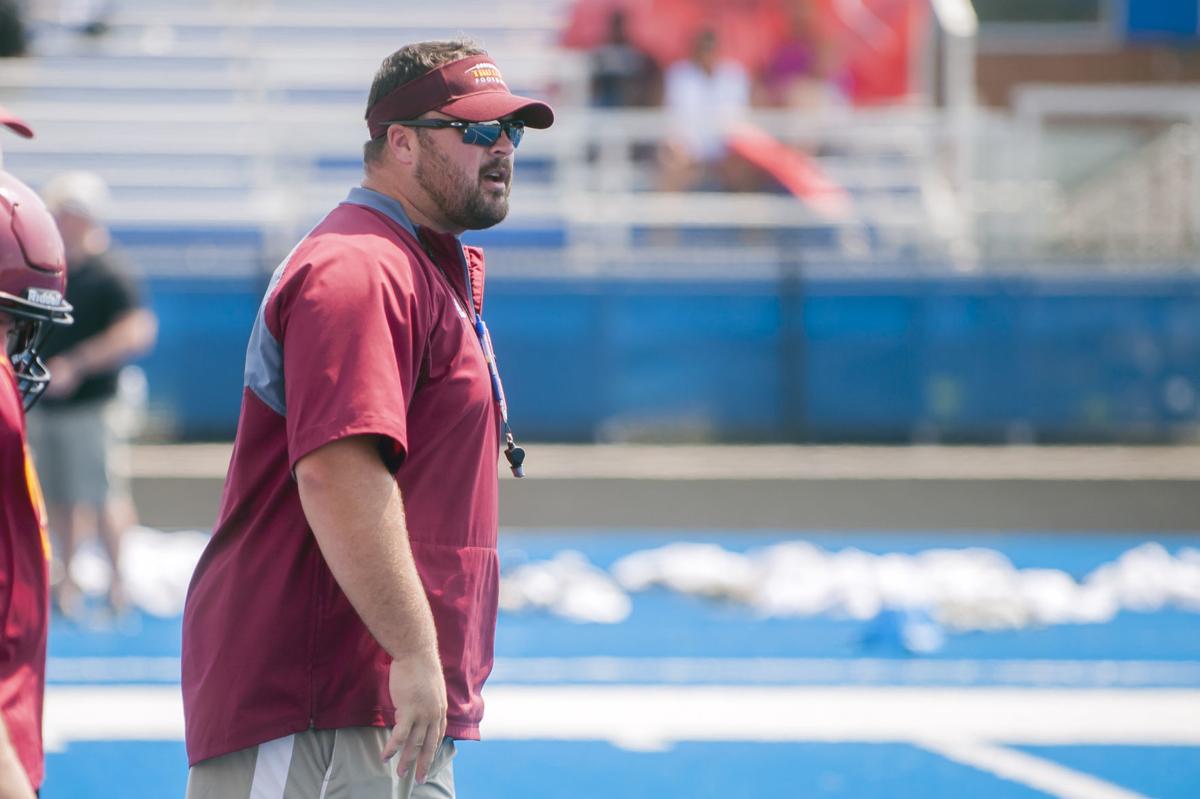 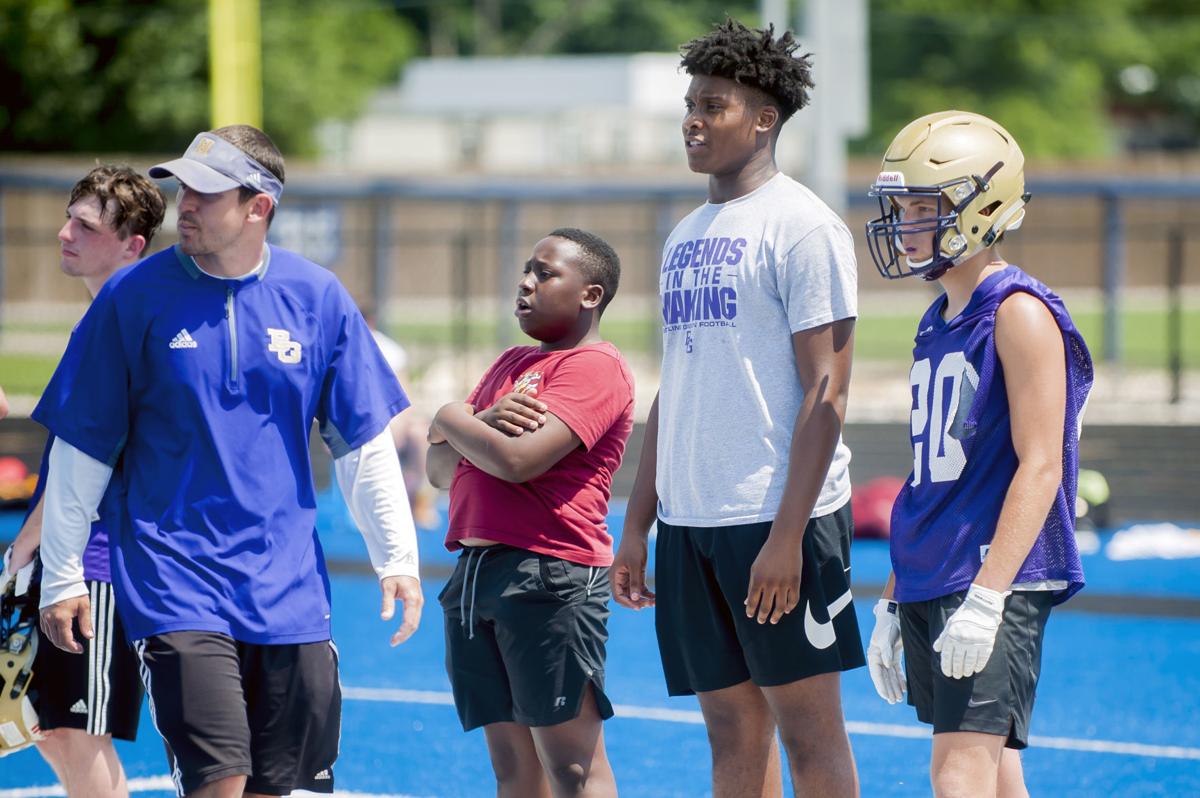 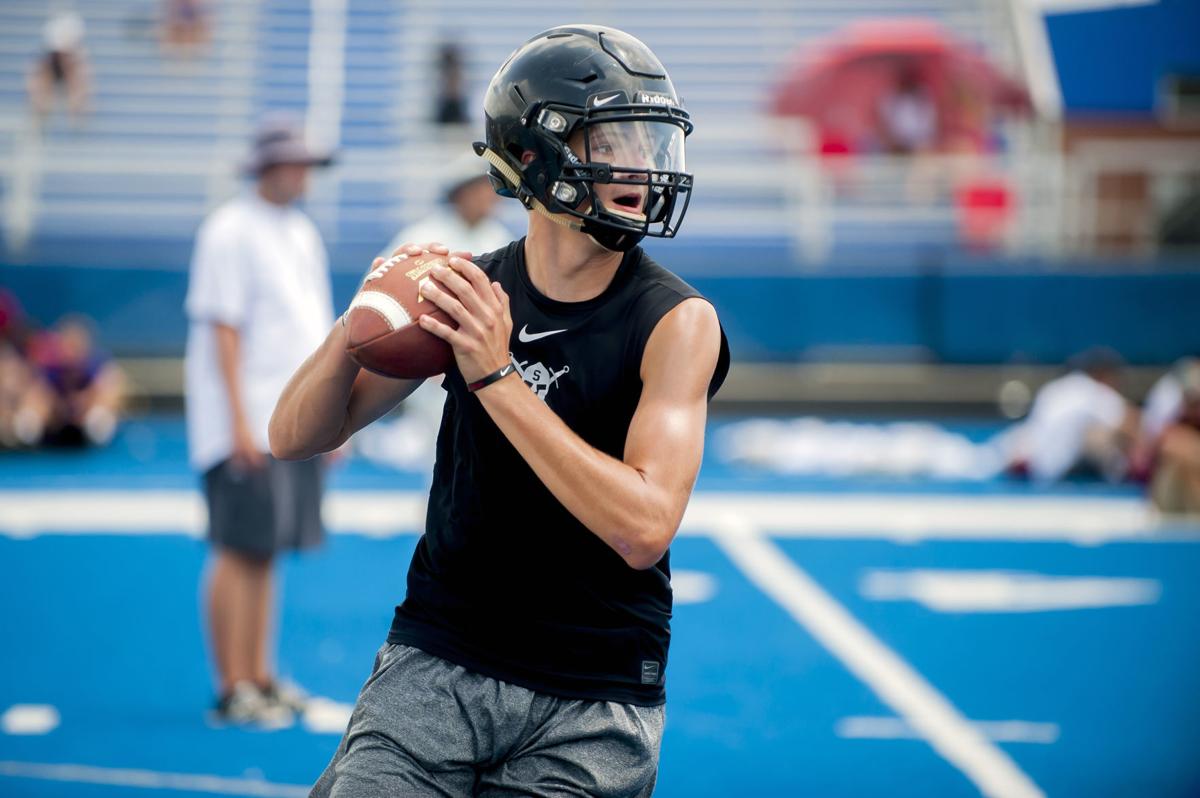 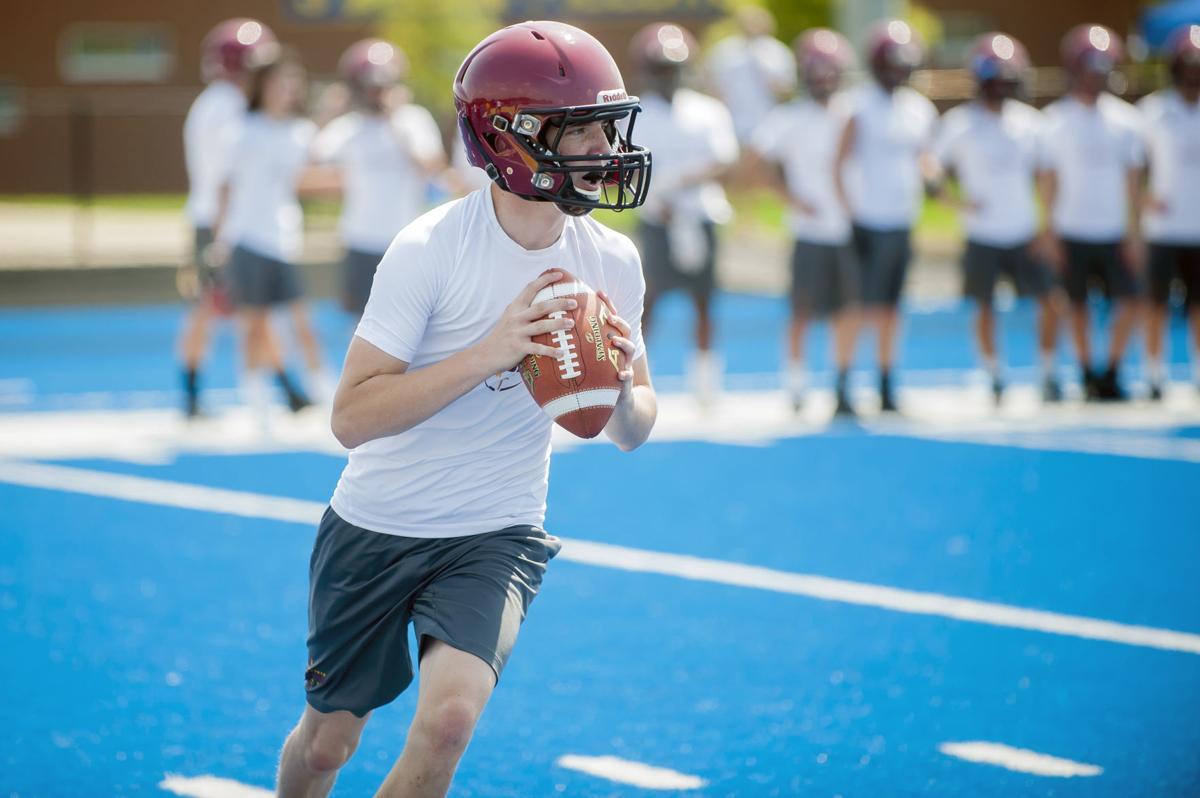 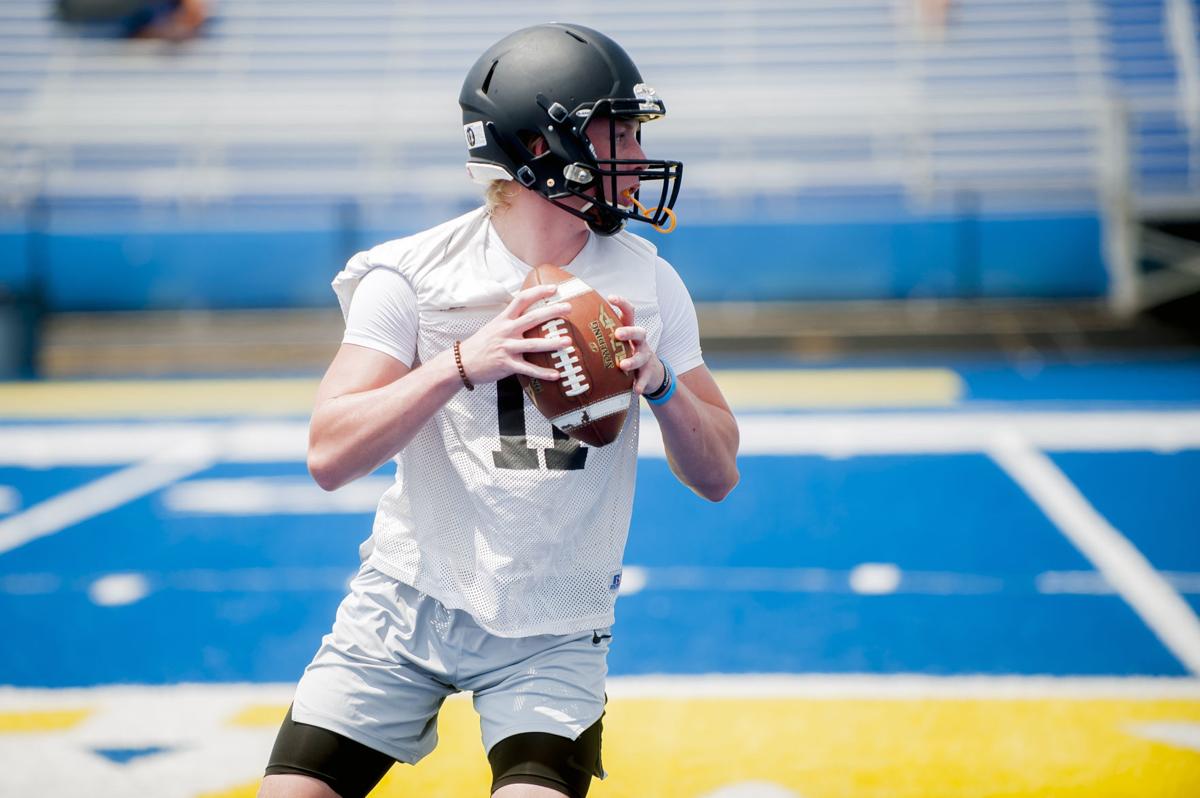 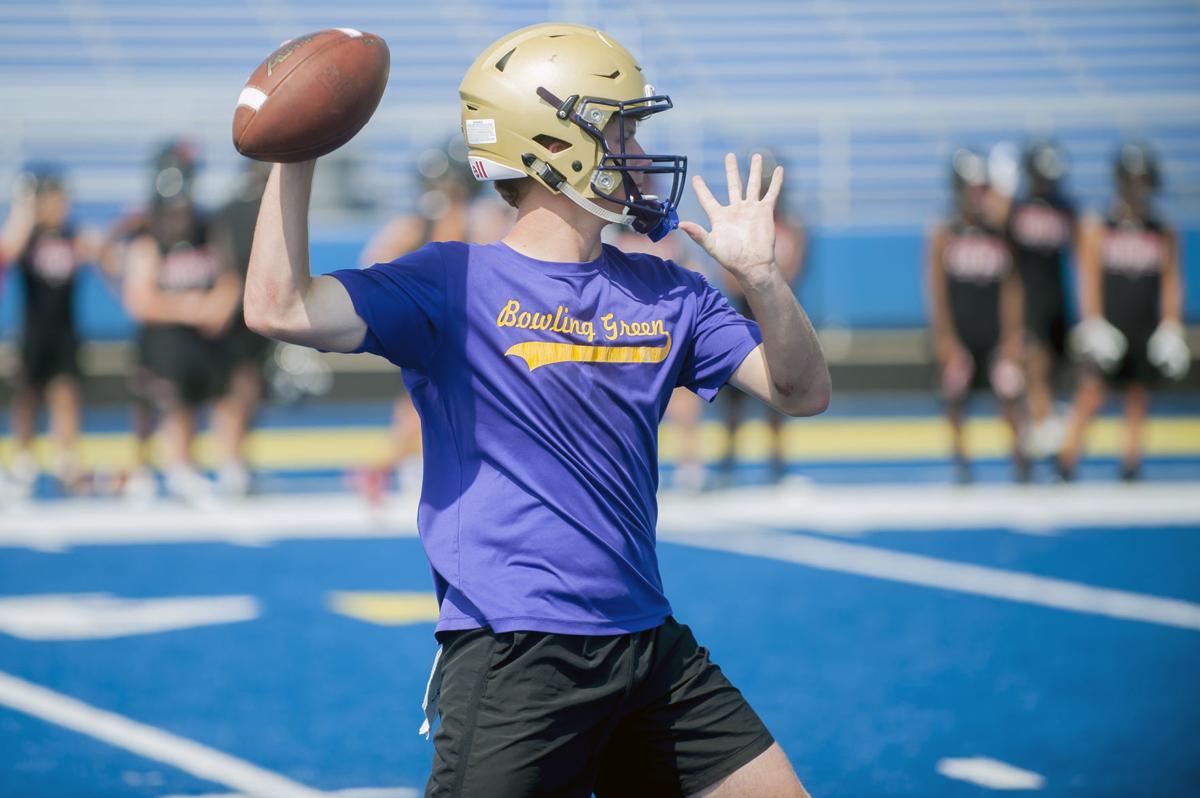 Bowling Green quarterback Max Payne prepares to pass Thursday during 7-on-7 competition at Warren East High School. Payne is one of three quarterbacks vying for the Purples’ starting job heading into the season.

Beyond the benefit of conditioning and timing drills that come with the first 7-on-7 competition that unofficially starts the prep football season, a number of local teams are looking for their next quarterback or trying to groom the new one in place.

Some of those units were on display Thursday at Warren East High School at a 7-on-7 event between Bowling Green, South Warren, Russellville, Barren County, the Raiders and Stewarts Creek out of Tennessee.

The Purples, Spartans and Panthers are all replacing multi-year starters at the quarterback position. South Warren and Russellville already have their new signal caller in place, while Bowling Green has opened a three-way battle for the starting job.

Before any quarterback decisions are made, Thursday was primarily about conditioning skill players and growing new quarterbacks in the offense.

“You’re getting a lot of reps in and it’s competitive – not in that you’re trying to move the ball to score touchdowns, you’re working on your offense, working on your defense and running around,” Bowling Green coach Mark Spader said. “We’re trying to get those cobwebs off, get them moving and stay back in shape. It’s tremendous for that.”

Bowling Green has a three-way battle for quarterback to replace Beau Buchanan, who held the starting job for two seasons. Senior Max Payne and juniors Eli Burwash and Conner Cooper are all vying for the starting job.

Payne, the younger brother of former Purples quarterback Clark Payne, has the most experience of that trio after completing 15 of 24 passes last year for 145 yards. Burwash and Cooper also earned a few reps in garbage time last year and Burwash also had a few kicking chances on PAT attempts.

“We’ve got three gentlemen fortunately on our team that are vying for that spot, and this gives them a first opportunity to move our offense,” Spader said. “I’m not going to make any decisions based on 7-on-7 by any means. We’ll be able to get gear on and see them in pressure practices and through scrimmages with Hoptown and Male that will help us make that decision.”

At South Warren, the starting job is basically Caden Veltcamp’s to lose.

After sitting behind Gavin Spurrier last year as a freshman in the Spartans’ undefeated Class 5A state championship run, Veltkamp saw limited action with the varsity team mostly in the second half.

South Warren coach Brandon Smith thinks his new 6-foot-5 quarterback can step in and keep the Spartans offense rolling like Spurrier. Veltkamp played in nine games and completed nine passes for 86 yards, three touchdowns and a pair of interceptions.

“I thought really that Gavin did a phenomenal job last year taking him under his wing and wherever Gavin was, Caden was there,” Smith said. “They were thick as thieves and tried to talk to him about what we were doing and why we were doing it all the time. I can see where that’s already helped out a lot, having that mentorship.

“He never started a varsity game, so there’s going to be a learning curve. He’s going to figure out how it works and it’s going to take some time. He’s got tremendous potential if he figures it out.”

Barren County is promoting sophomore Jamison Buie into the starting role to lead the Trojans into Class 6A competition. After a year playing an independent schedule, the Trojans move from 5A in 2017 to a 6A schedule this fall with District 2 opponents Central Hardin, Meade County and North Hardin.

Third-year Trojans coach Jackson Arnett said Buie earned the respect of teammates as a junior varsity quarterback and will benefit from having a strong group of upperclassmen playing around him this fall.

“He picked up on everything so quick,” Arnett said. “He’s very cerebral, very smart, but he’s young. We’re just trying to get him with the flow and those guys. He’s done a great job. You just have to be patient. He’s going to have to figure it out. We’ll have to make things easy for him early and let him figure it out.

“Sometimes you have to learn to figure it out, but we’ll have to put him in the right situations and let him make the plays.”

Mikie Benton will roll out Lennon Ries as Russellville’s quarterback as a sophomore. Ries was a receiver for the Panthers last year and nearly earned time at QB, but Benton didn’t want to lose out on playing graduated senior Jacob Naylor at the time.

As a freshman, Ries and Ryan Flores each led the Panthers with 32 receptions. The 6-foot-1 Ries had 421 receiving yards for five touchdowns and also had 50 tackles and two fumble recoveries as a defensive back.

“Before it’s all said and done, I feel like Lennon is going to be something special coming out of the state of Kentucky,” Benton said. “I’ll go out on a limb and say Lennon might have one of the strongest arms in the area. I think people will see that as time comes. We’re working on his mechanics and fine-tuning those. Being an athlete playing basketball and running track, Lennon does have speed and is a lot faster than what people think. I’m definitely excited for him to get out here and showcase what he can do.”{&end}