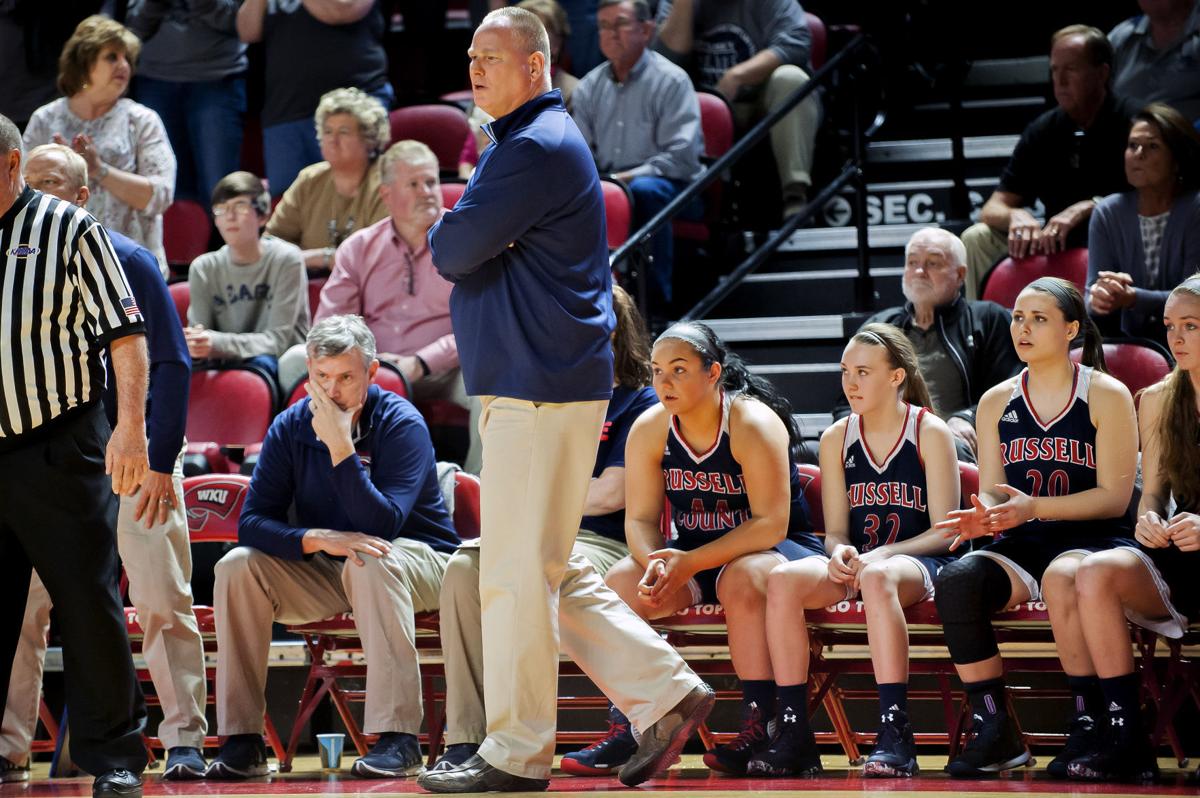 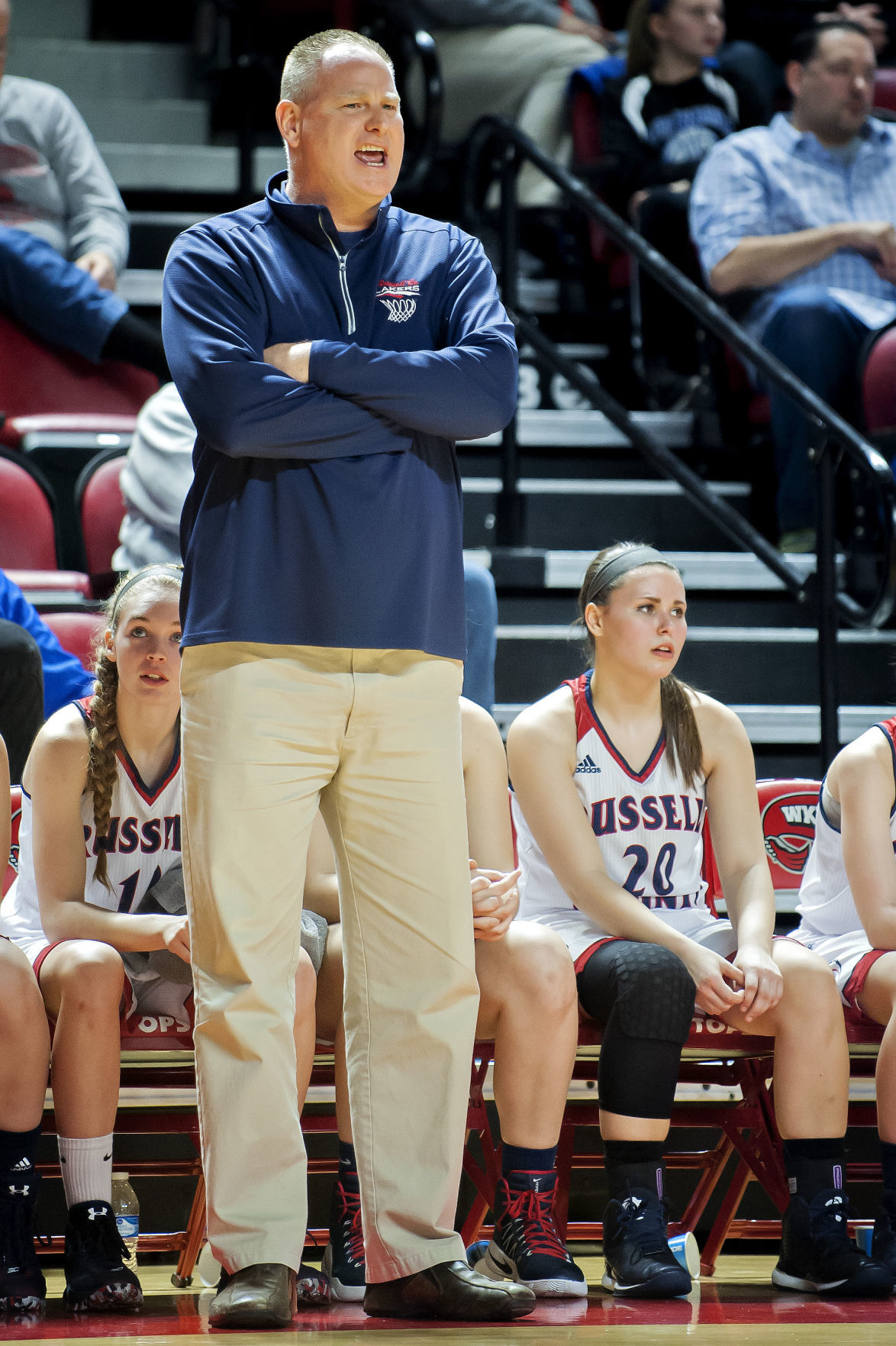 Craig Pippen was in an unusual spot this past season.

After more than two decades of leading his own program as first a boys’ and then a girls’ basketball coach, Pippen relinquished that seat on the end of the bench reserved for the head coach and served as an assistant under Justin Stinson at Glasgow.

The view was a bit odd for Pippen, who most recently enjoyed a long run of success as Russell County’s girls’ head coach. But after that stretch as the head boys’ basketball coach at Richmond’s Model High School (1997-2002), then the boys’ coach at Danville (2002-07) followed by his 12-year tenure leading the Lady Lakers, Pippen didn’t mind the change.

“I enjoyed working for coach Stinson,” Pippen said. “He was my assistant for a year back when I was on the boys’ side in 2000-01 at Model. It gave me a different perspective. It had been a long time since I’d been an assistant coach, 21 years ago. I got to kind of sit back and not feel as much pressure, or take as many mental things home with me every night. It’s just different.”

But when Stinson announced his resignation last month after 10 seasons leading the Lady Scotties to focus more on his existing administrative role to better prepare himself for a prospective principal position, Pippen felt the pull to get back to leading a program.

On Friday, he got his wish as Glasgow named Pippen as the school’s new head coach.

“When we moved here, I never really thought about, ‘OK, is this it?,’ ” Pippen said. “After 21 years of being a head coach, was it time or not to step down and continue to be an assistant coach? But when the job came open after being on the sideline for the year as an assistant, I just felt that hunger. I missed being a head coach.”

Pippen has enjoyed plenty of success at his various coaching stops. After working as assistant boys’ basketball coach at Lexington Catholic, Paul Laurence Dunbar, Marion County and Henry Clay, he took over as head coach at Model starting in the 1997-98 season and later won a Bluegrass Conference championship and was named the league’s Coach of the Year twice.

He won a district title during his tenure at Danville and led the Admirals to the Region 12 semifinals in 2005.

Pippen’s most success came at Russell County, where he won eight district titles (including his final two seasons, in 2018-19) and compiled a 75-12 mark against District 16 opponents. Pippen led the Lady Lakers to the Region 4 championship in 2017 to reach the KHSAA Girls’ Sweet Sixteen.

A winner of 332 games in his head coaching career, Pippen was the 2018 KABC’s Region 4 Coach of the Year.

Pippen said the difficult decision to leave Russell County for Glasgow was “a family decision.” His wife, Liana, also got an offer to teach at Glasgow Middle School and the school system’s strong academic reputation was a strong incentive for the Pippens, who have three school-age children.

Working under Stinson last year at Glasgow offered Pippen a preview of the team he inherits next season.

“It helps tremendously from a personnel standpoint,” Pippen said. “You know the kids, you know the players and their weaknesses and their strengths. I have an idea of what each of them needs to do to get better, things that they’ve got to correct or improve on. So that’s the advantage, anytime you’ve been inside the program that you’re taking over.”

Stinson built up the Glasgow program during his tenure, winning a pair of Region 4 championships and getting the team into the tournament in nine of 10 seasons. That included last season, with Pippen on staff. The Lady Scotties lose four seniors off last season’s squad, including standout forward Ashanti Gore (who averaged a double-double) and starter Kayla Bradley.

“We’ve got Anzley Adwell (13.2 points per game last year) and Dynasti Page (8.2 ppg), Nina McMurtrey and Mia Cassady,” Pippen said. “We’ve got a lot of guards in our program and I’ve always been used to coaching guards. That’s what my position was growing up. We’re going to have to get out in transition and score in transition. We’re going to do some pressing. I like to play an up-tempo style game and try to get out in transition. I want to build our guards’ confidence level up and kind of have some freedom in our offensive sets.”

Janae Bradley, Khloe Hale, Mikiya Fogle, Maryonna Bradley, Ashton Botts, Caroline Murphy, Daviney Profitt and Kaidence Byrd are also among the players Pippen expects back as he plans for next season. It’s all theoretical right now. With the KHSAA-mandated dead period still in effect due to the coronavirus pandemic, Pippen is having to do his coaching from home for now.

“We can’t get in the gym right now, so until that changes it’s a lot of getting offensive and defensive philosophies on paper, thinking about what’s going to work – what we need to do different, what we need to keep,” Pippen said. “Things that worked that coach Stinson put in that worked, we’re going to keep. It’d be foolish to change something ... if it ain’t broke, don’t fix it. And then we’ll add some wrinkles. And every year your personnel changes.”

Pippen knows firsthand how tough the job will be at Glasgow in the rigorous District 15, where regular matchups against traditionally strong programs Allen County-Scottsville, Monroe County and crosstown rival Barren County await.

“Here’s the thing – if you’re going to be the best, you’ve got to beat the best,” Pippen said. “I welcome the challenge. We did a lot of things at Russell County. We beat some teams in Bowling Green that a lot of people didn’t think we could beat. So I’m up for the challenge. I know the district’s going to be more difficult, but I like the challenge and I’m excited for it.”{&end}{&end}