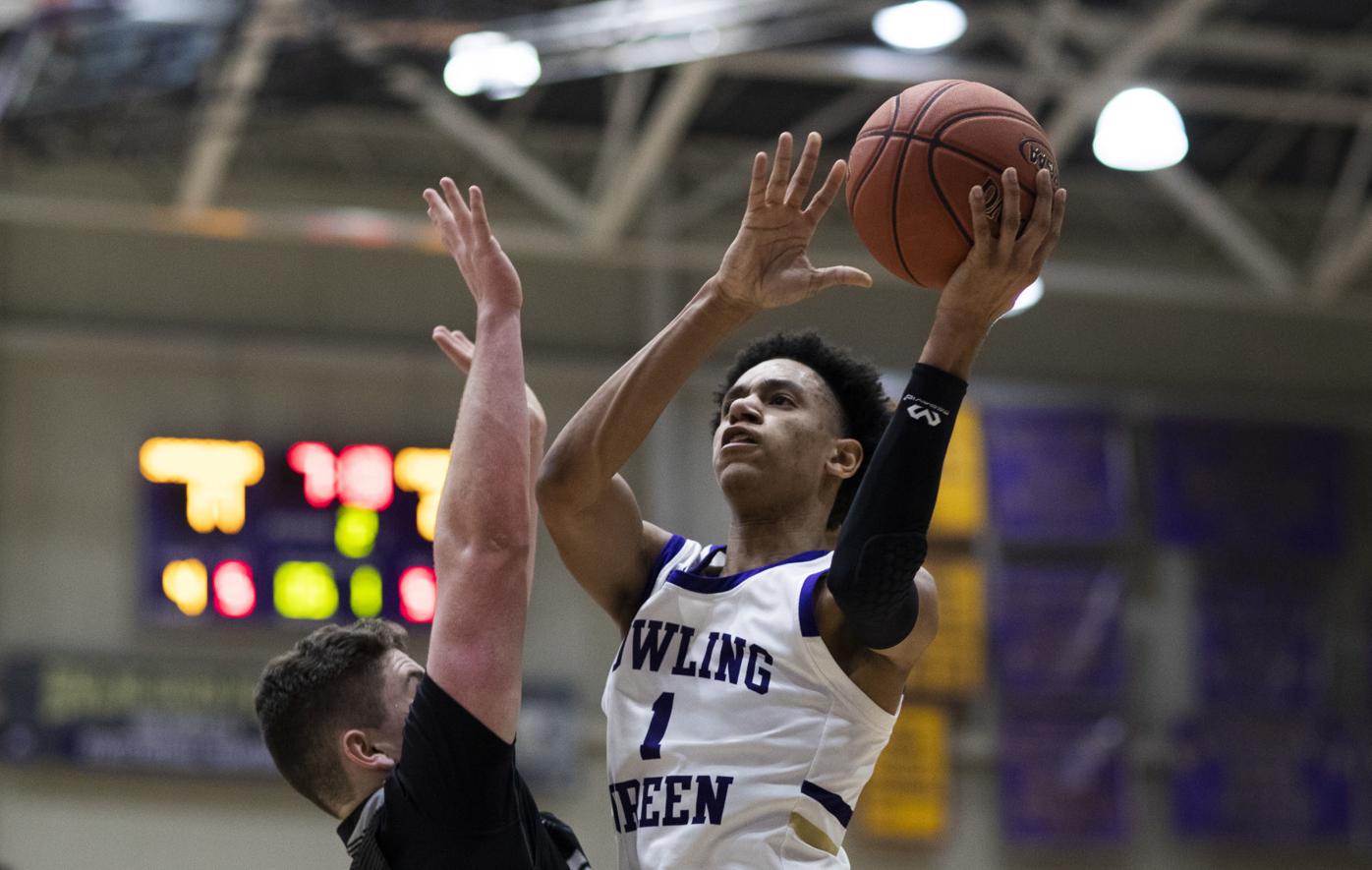 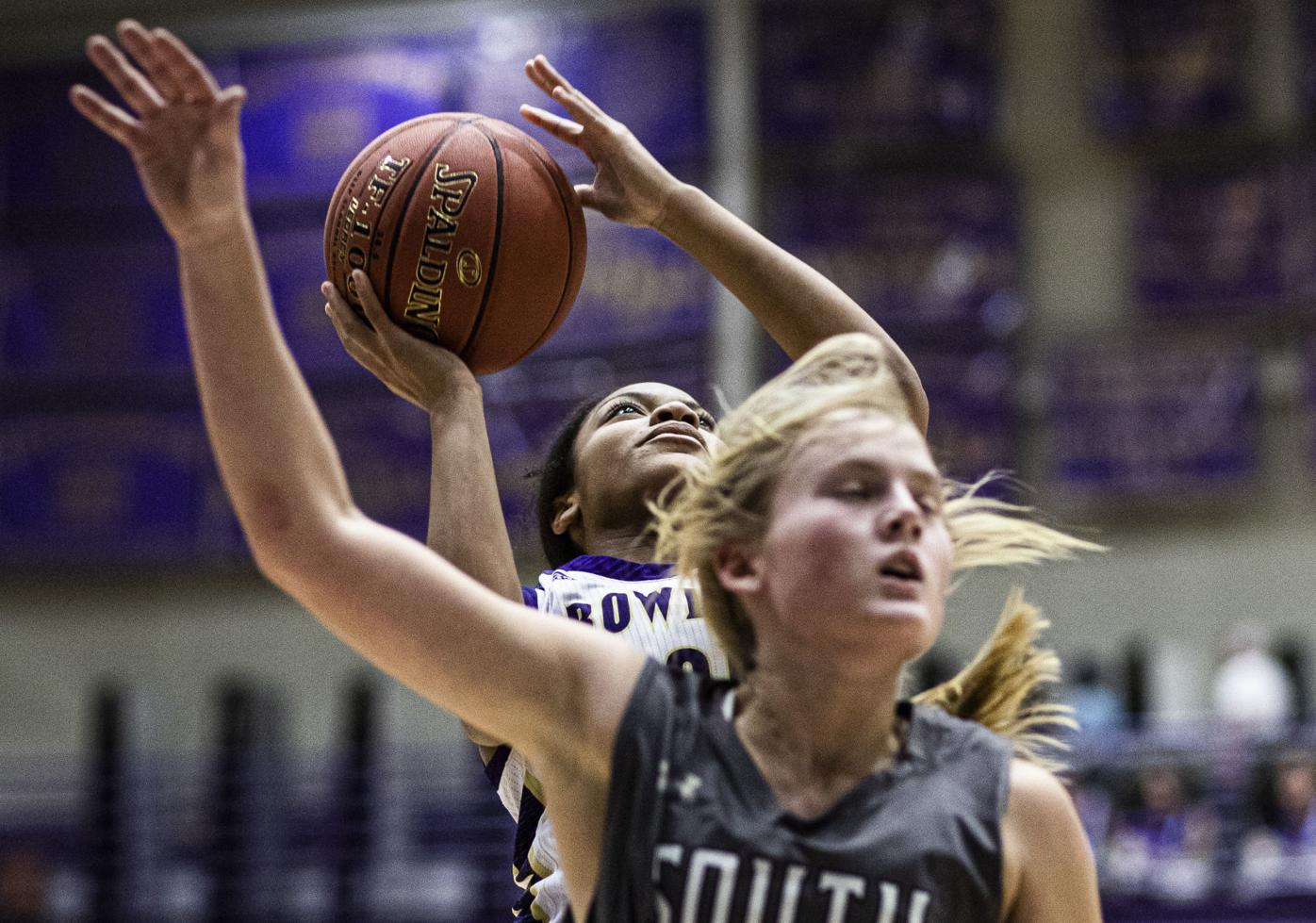 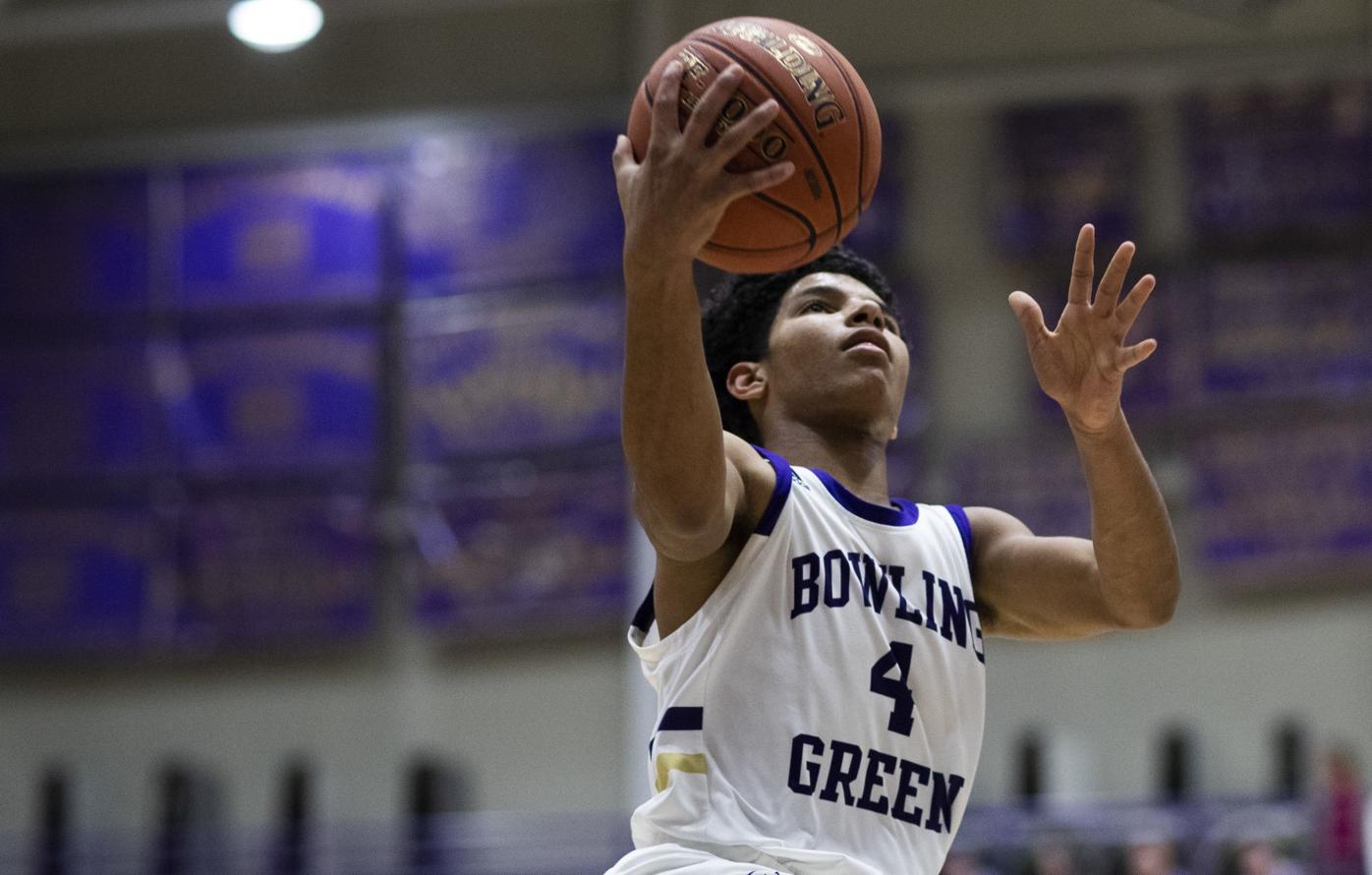 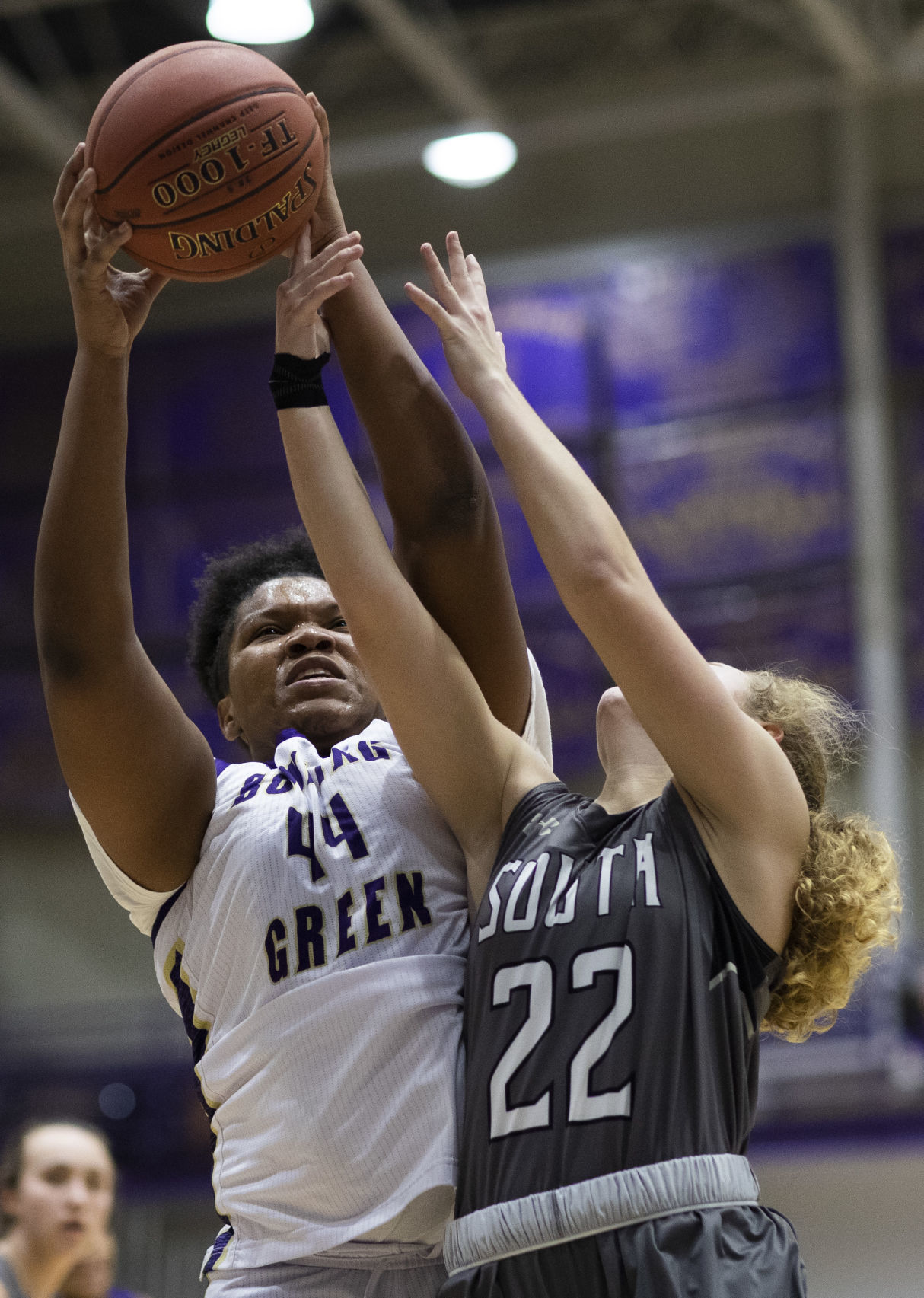 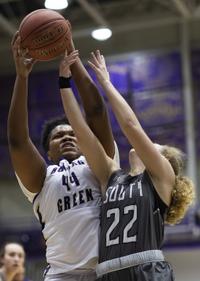 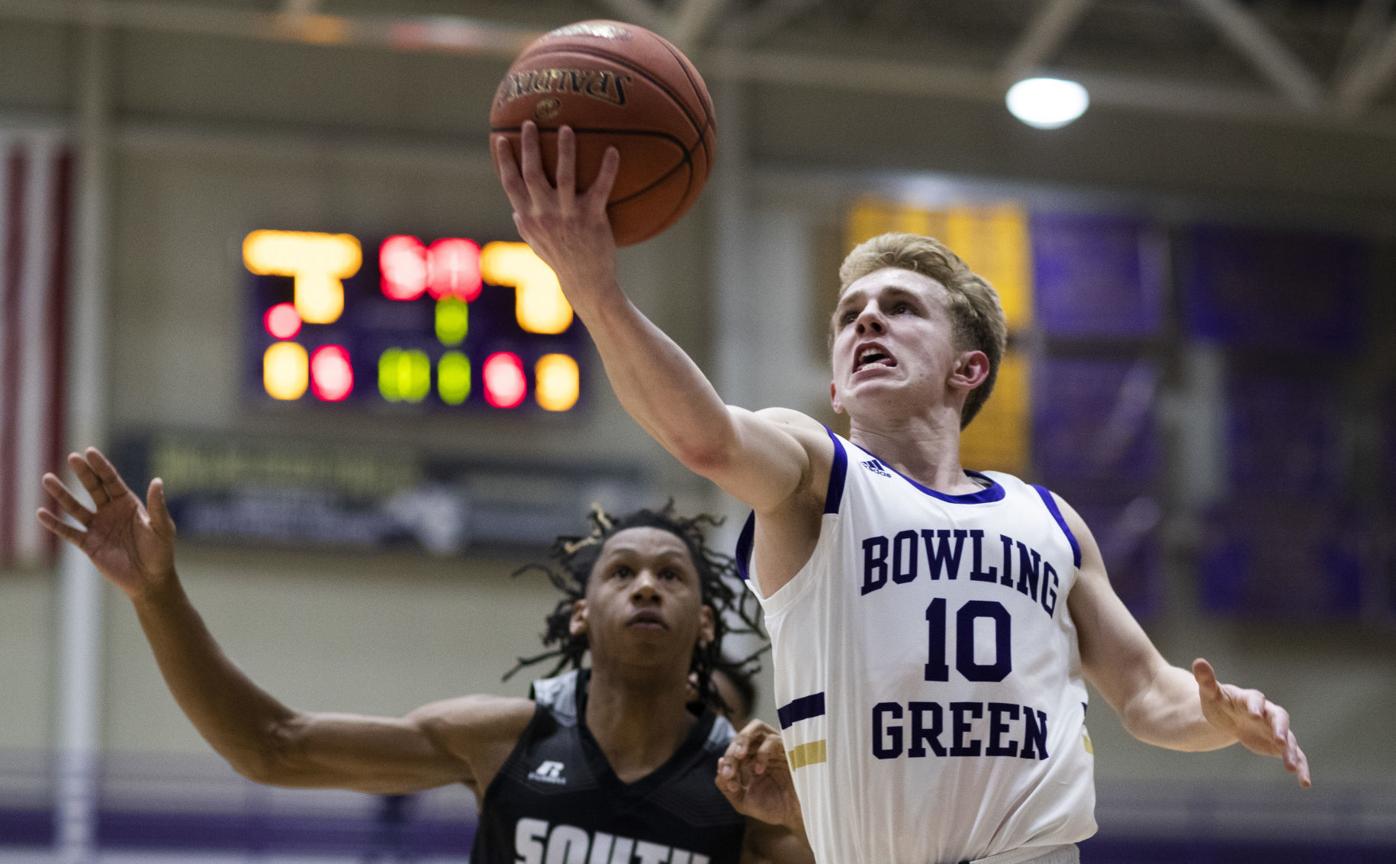 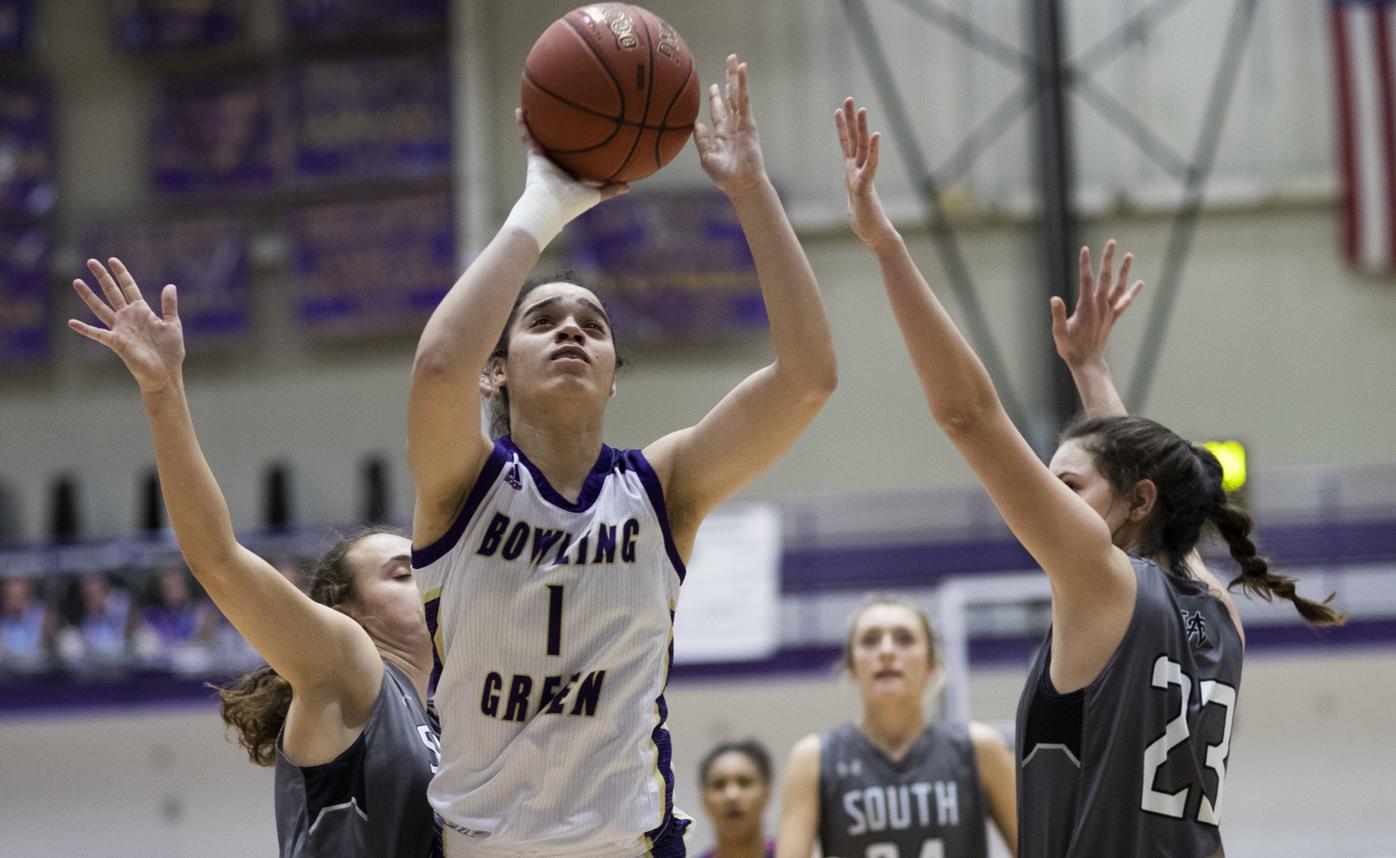 The Bowling Green boys’ basketball team keeps rolling along, running its win streak to 11 games with a 66-46 win over South Warren on Tuesday at Bowling Green High School.

Bowling Green (14-3 overall, 2-1 District 14) used a balanced and efficient offensive attack to overwhelm the Spartans and improve to 24-0 all time in the series. The Purples shot 52.9 percent from the field, with five players finishing in double figures.

“They are a real good basketball team,” BG coach Derrick Clubb said. “When we go to South Warren in a couple of weeks, we will have a great game ahead of us. I’m proud of the guys tonight. I thought we moved the ball. When you do that, you get easy baskets early and the basket gets (really) big. I really liked the way we played offensively in the first half and most of the third quarter.”

A pair of 3-pointers from Turner Buttry sparked an 11-2 surge – stretching BG’s advantage to 23-12. South Warren scored five straight to cut the deficit to 23-17 early in the second quarter before the Purples closed the half with a 16-2 run to make the score 39-19. Bowling Green finished 16-for-24 from the field in the first half.

“That was probably the best half of basketball we’ve played, as far as passing and spacing, all year,” Clubb said. “We have five guys on the floor that can play. If the ball moves like that, we are going to be better offensively. We got a couple of stops in a row that led to some easy buckets and that got us a cushion.”

Bowling Green led by as much as 27 points in the second half, with South Warren unable to get closer than 13 points in the final two periods.

Buttry led the Purples with 14 points, while Isaiah Mason had 13 points and 10 rebounds. Dez Wilson and Cobi Huddleston added 11 points each, while Jaxson Banks finished with 10 points.

South Warren will host Christian County at 7:30 p.m. on Friday. Bowling Green is scheduled to host Warren Central next, but the date and time is to be determined – pending Warren Central’s run in the 2A state tournament.

The Lady Purples used a 21-2 first-half run to take control and cruise from there, remaining perfect in district play.

South Warren led 9-6 after a 3 from Taylor Enlow midway through the first quarter before Bowling Green (13-5 overall, 3-0 District 14) charged in front. The Lady Purples scored 13 straight to take the lead for good. Brooke Stevenson’s bucket with 6:34 left in the half stopped the run briefly, but the Lady Purples added eight more to make the score 27-11.

The Spartans were unable to get any closer, with Bowling Green responding with an 11-2 run to expand its advantage to 49-28 early in the fourth quarter, The Lady Purples led by as many as 26 points in the final period.

Keyozdon Jones and LynKaylah James led the Lady Purples with 16 points each – sparking an offense that shot 50 percent from the field.

Enlow led the Spartans with 12 points. South Warren shot 28.9 percent from the field and committed 18 turnovers.

“If we can commit to the defensive end more consistently, it helps us,” BG coach Calvin Head said. “When we are able to get out in transition because we get stops, our scoring numbers go up, we share the ball well. That’s the brand of basketball we have to play.”