You are the owner of this article.
Edit Article Add New Article
Home
News
Obituaries
Sports
Opinion
Classifieds
Jobs
e-Edition
Share This
1 of 10 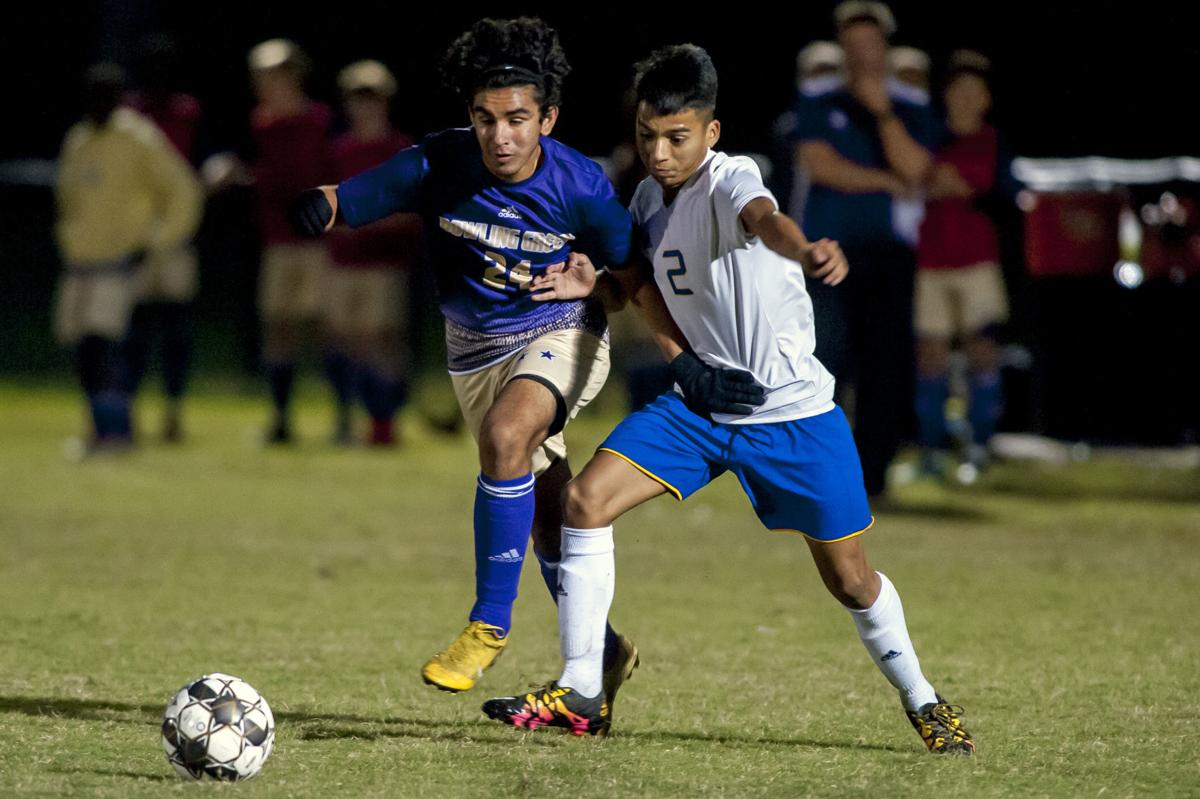 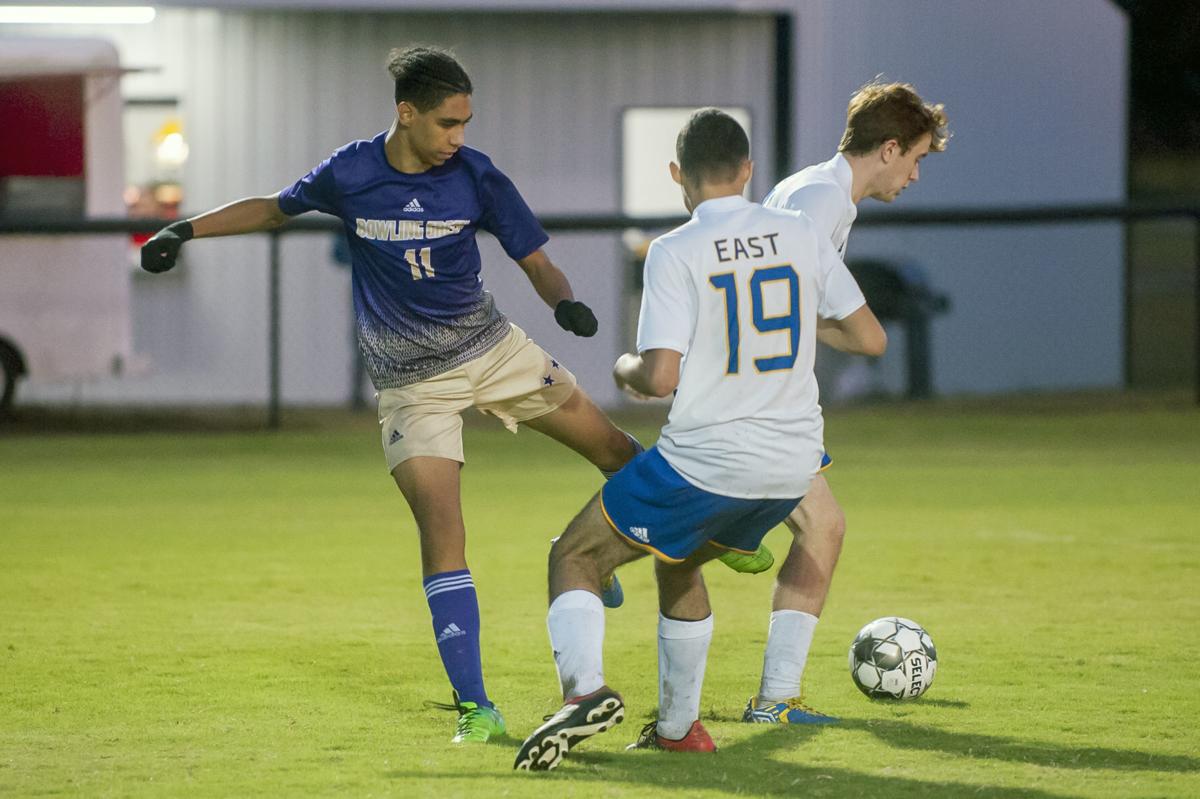 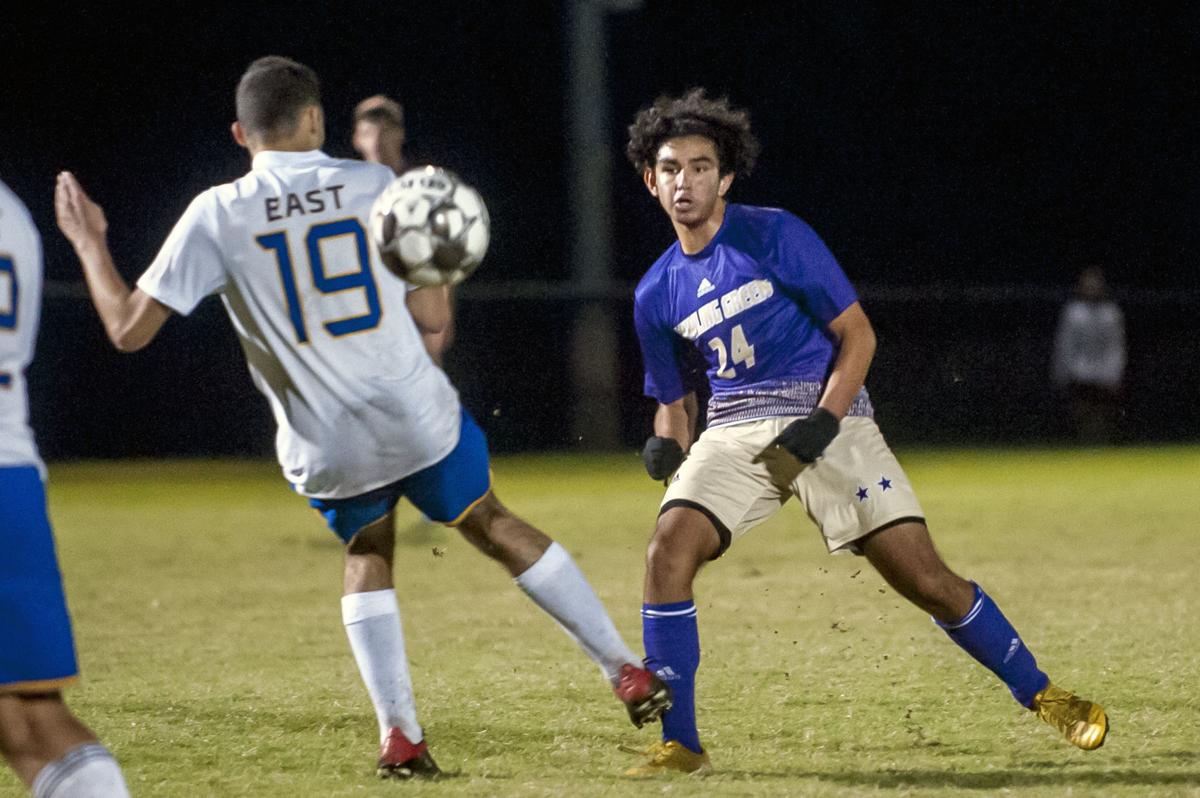 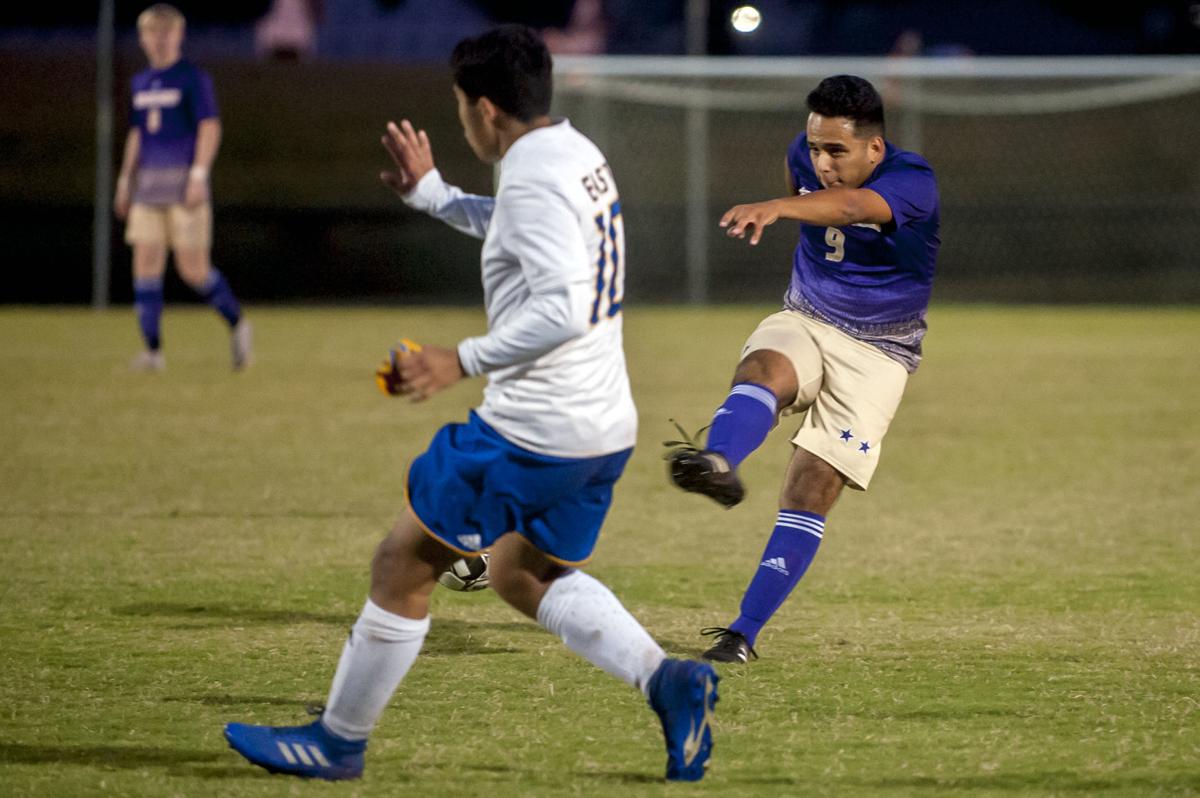 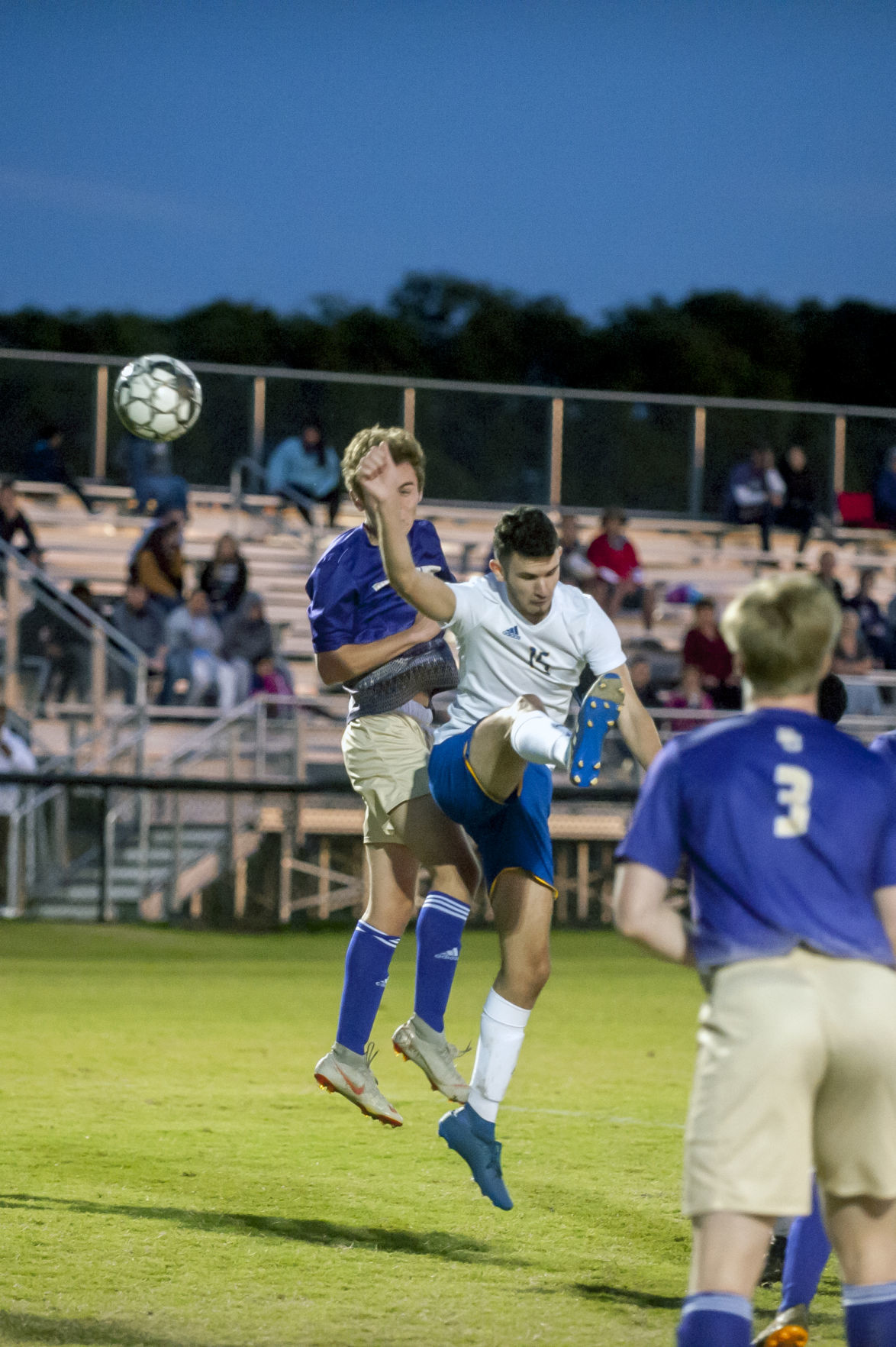 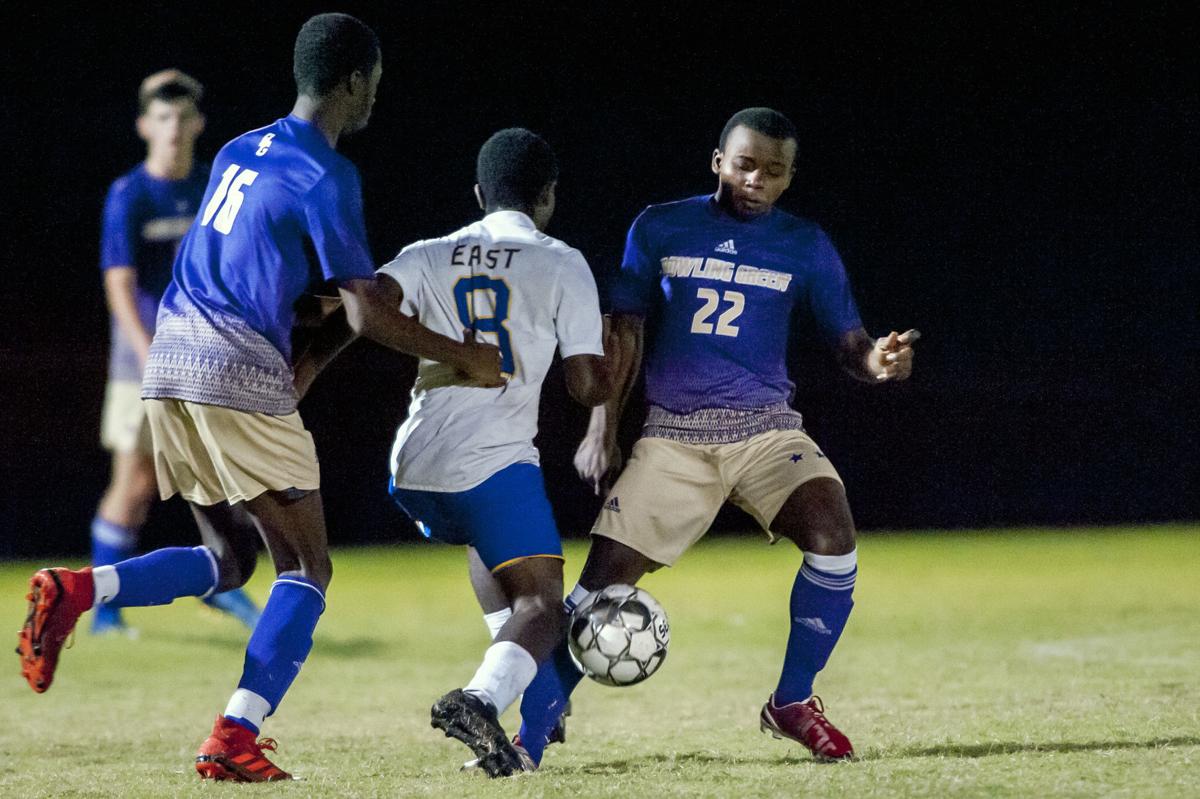 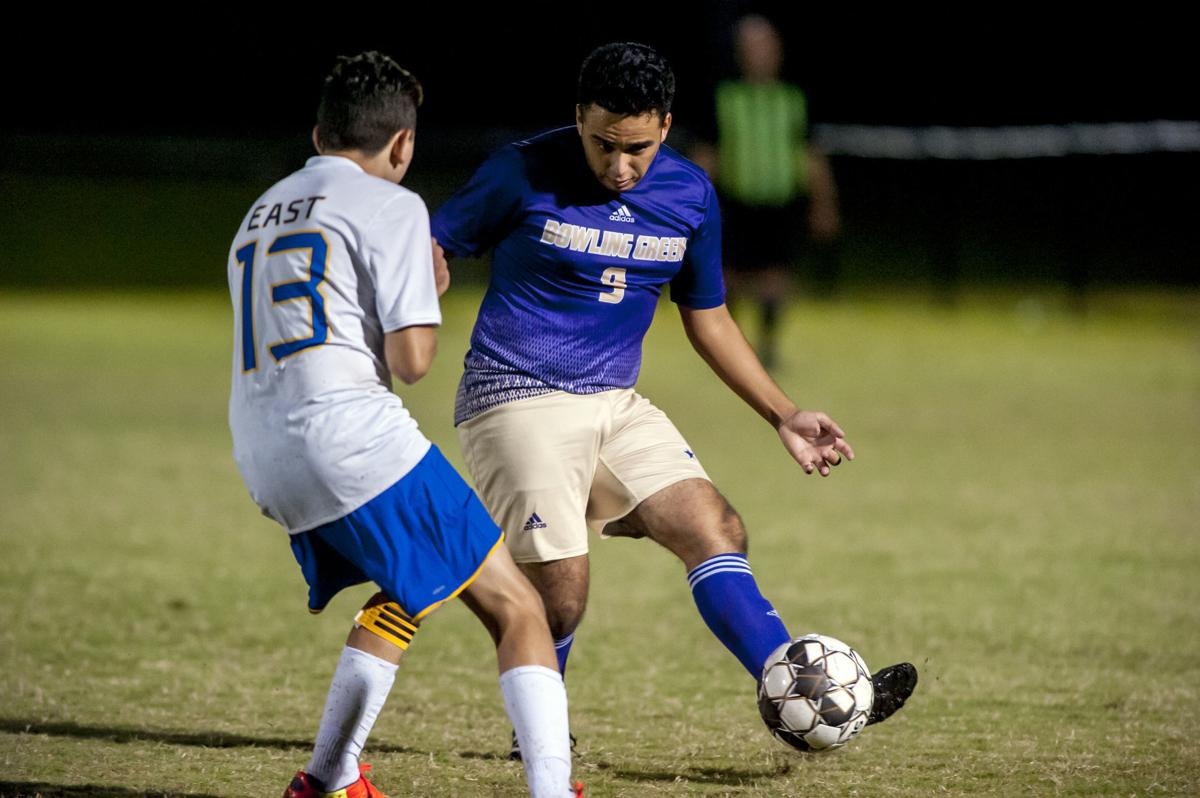 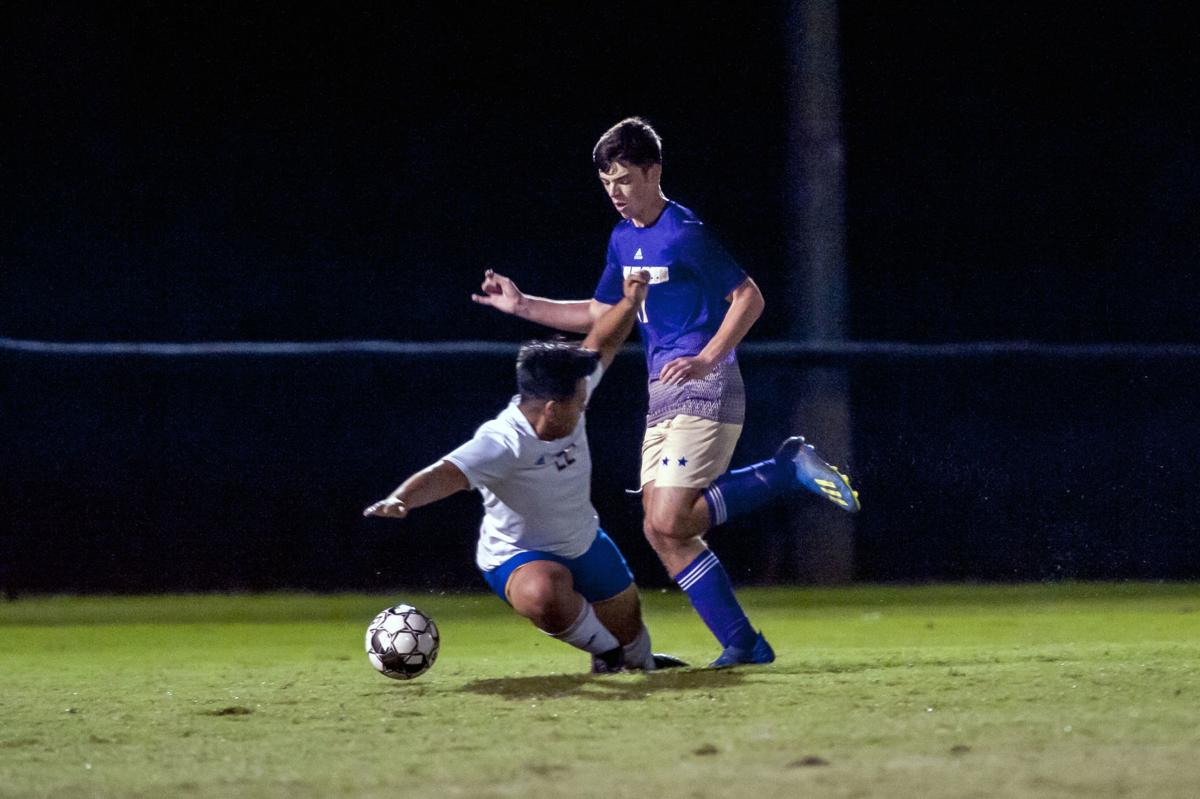 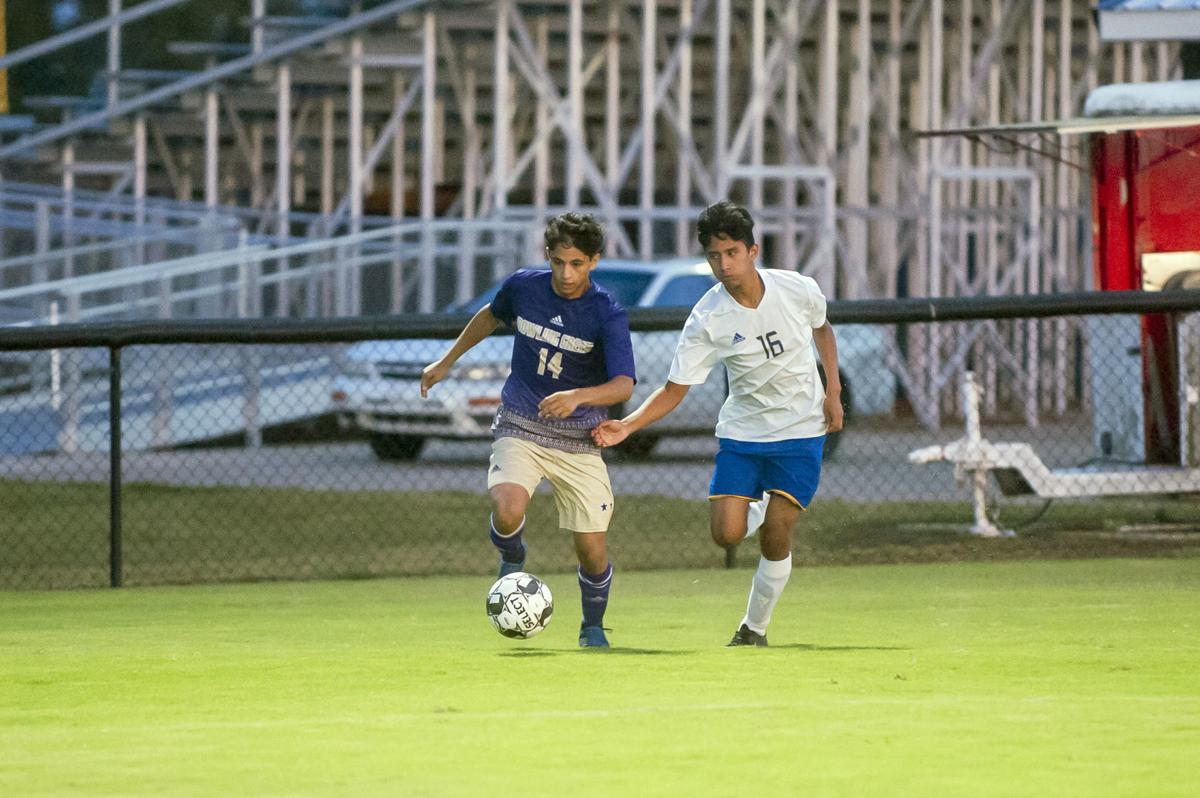 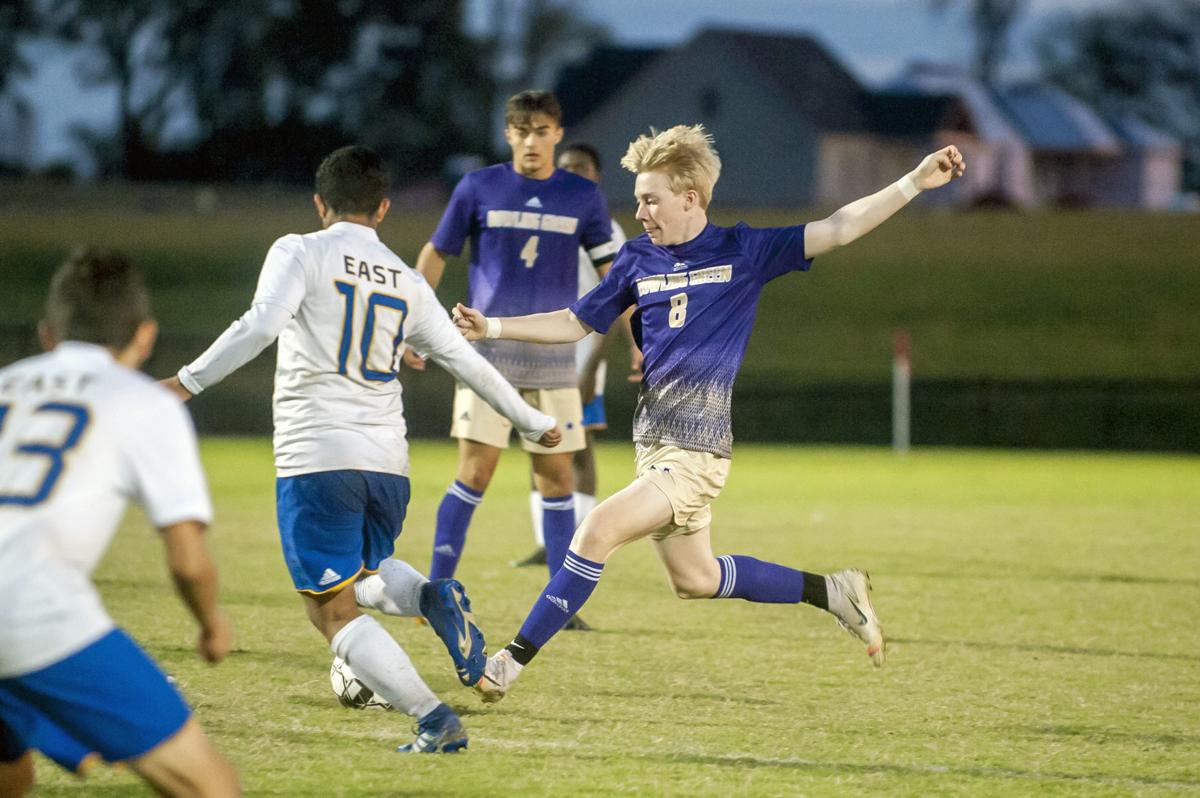 Neal scored the first goal and added an assist in the Purples’ 6-1 win over Warren East in the opening round of the District 14 Boys’ Soccer Tournament on Monday at South Warren High School. One of the long-term members of the Bowling Green program, Neal said this season has been a constant effort to blend the old with the new.

”We have 12 seniors but we have a lot of new people as well trying to fit in with people who have been playing together since we were little,” Neal said. “It’s just trying to fit everybody in and adding new players in – everybody’s getting in the groove, finally figuring it out.”

Bowling Green (7-12-1) put it together at a crucial time – in an elimination game – to get past the Raiders for the third time this season. Each win over Warren East has been progressively more impressive – 2-1 back in August, then 4-0 in September and finally Monday’s six-goal outing.

Neal sparked the offense in the 11th minute, snapping off a long shot from the top of the penalty area that sliced diagonally across the box and found the upper right corner to give his team a 1-0 lead.

“I take most of our corners and most of our long free kicks, so I’m pretty confident in taking those,” Neal said.

The Purples doubled their lead with 15:15 left in the first half when Naid Gagulic beat Raiders goalkeeper Kobe Kawaii for a goal on a penalty kick.

Then in stoppage time, Bowling Green struck one more time before the break. With less than 30 seconds showing on the game clock, the Purples put together a quick-strike attack that produced a solid shot on goal. Kawaii made the initial save, but Neal swiped the ball coming out of the penalty box and poked a through ball to teammate Byamungu Amisi for a clear look that ended as a goal.

“He’s one of the team leaders in assists, which is always nice when you’re getting assists from the back line,” Purples coach Scott Gural said of Neal. “It’s a nice thing to build on.”

Up 3-0 to open the second half, Bowling Green tacked on with two quick goals. Colin Reed got the first goal just two minutes in when his rising shot from in front of the goal slipped through Kawaii’s fingertips. Less than a minute later, the Purples struck again as Santiago Londono gathered in a cross from teammate Hunter Hawkins and pushed in his team’s fifth goal.

Warren East (9-11) capitalized on a rare surge of pressure with 25 minutes to play. The Raiders drew a foul in the box and senior Denis Bilombele beat Purples goalkeeper Oscar Zoellner on the resulting penalty kick to break up the shutout.

It was one last highlight for the Raiders, who largely handled their nondistrict slate with a 9-2 mark but went 0-9 against District 14 opponents.

“It’s been a good season for us,” Warren East coach Zachary Young said. “I’ve been really proud of the commitment of our seniors and some of our other upperclassmen. We’ve definitely grown this program, we’re going to continue to keep growing it and come back next year even better.”

The Purples added one more goal with 11 minutes to play when Anthony Salami followed Kiza Muliki’s initial shot for a second-chance goal.

Now it’s on to the semifinals, where Bowling Green faces top seed South Warren in another high-stakes elimination game. The teams split during the regular season, with the Spartans winning the first matchup 4-2 on Aug. 21 before the Purples returned the favor with a 2-0 win Sept. 5.

That win in the rematch against South Warren was the start of a strong three-match run for Bowling Green, which then mostly sputtered through the rest of the regular season.

“We learned that the hard way,” Gural said. “Partway through the season, we had three terrific games in a row. Two big shutout wins and played St. X wire-to-wire, and you could just see at practice where a bunch of guys were ‘Oh, we did something. We accomplished it.’ Every game is a new battle, so hopefully we’ve learned that lesson that we’ve got to be humble.

“... Any given day we can lose, but we can hold our own and at least compete with some of the better teams in the state. We’ve got to prove that tomorrow. South Warren ended our season last year, so this is a chance for us to play hard.”