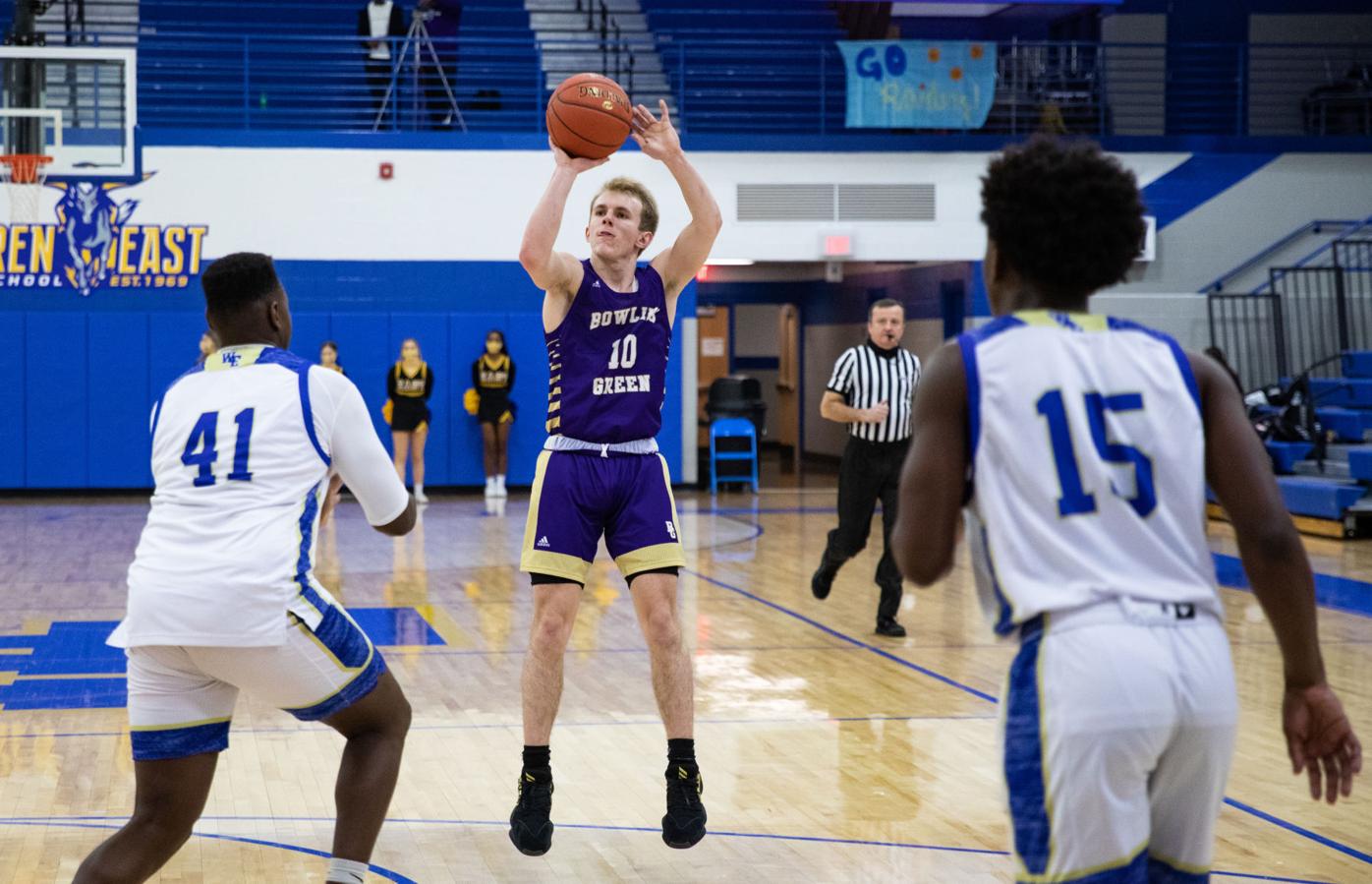 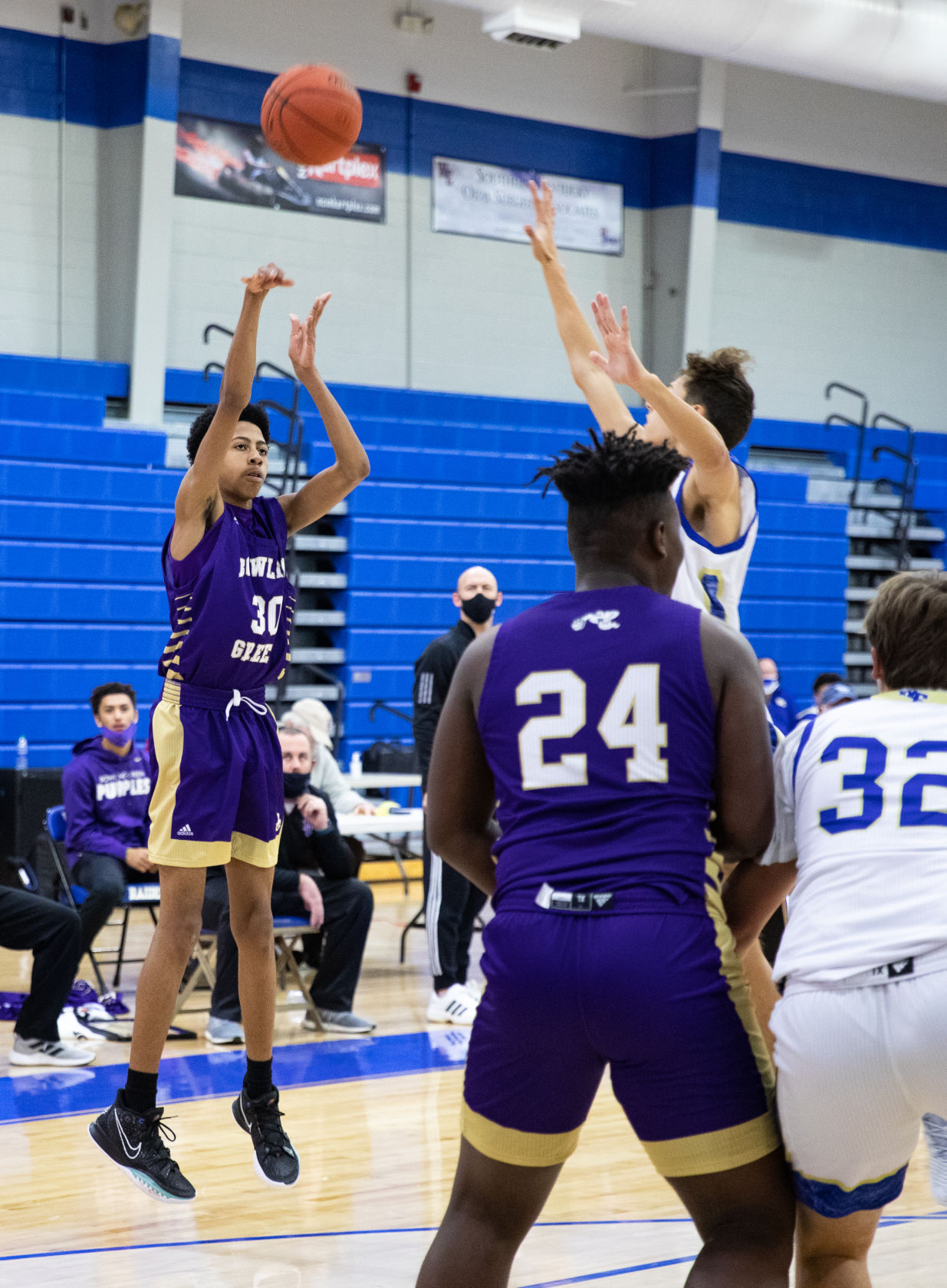 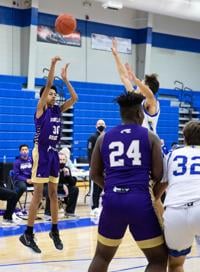 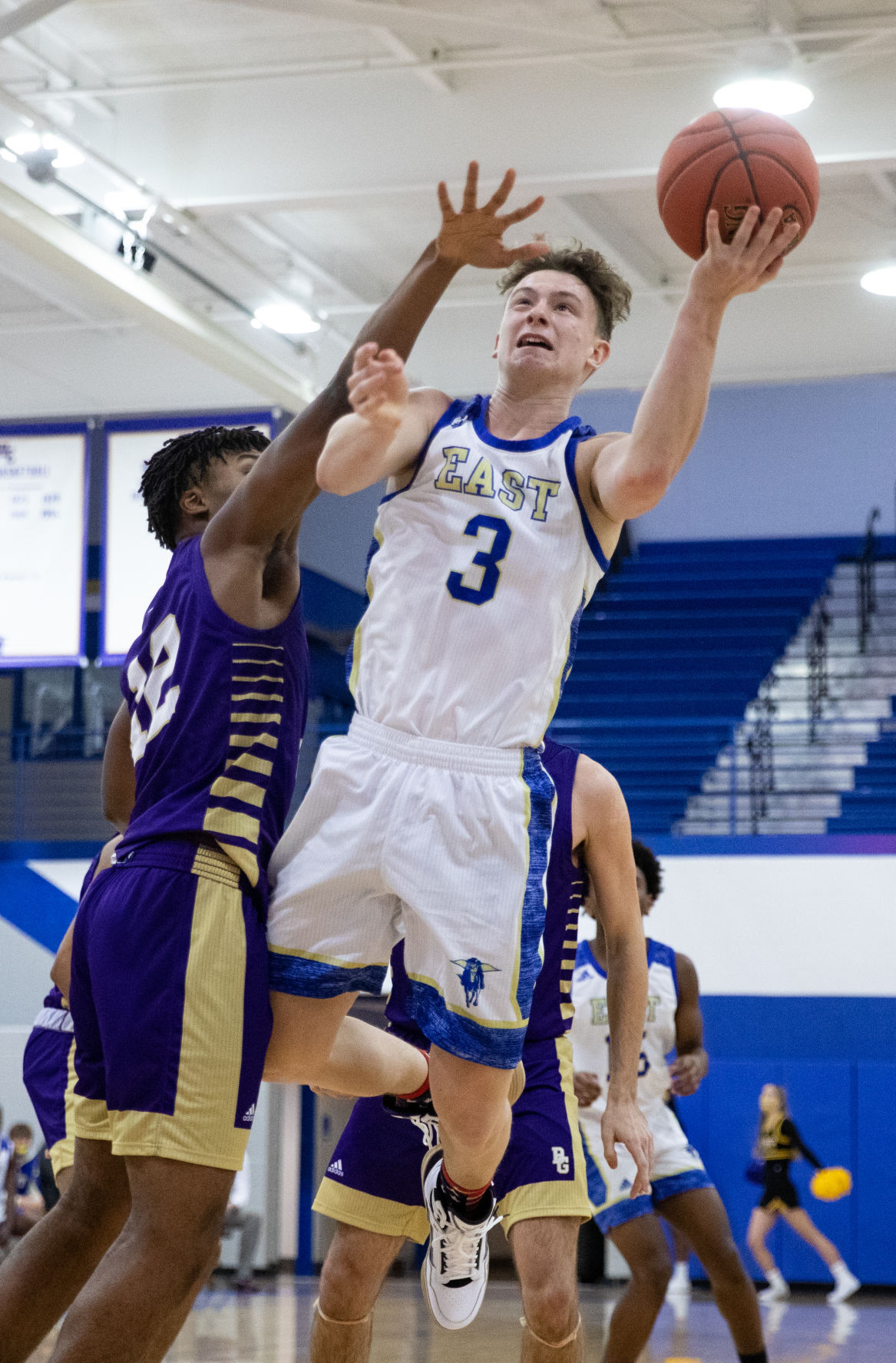 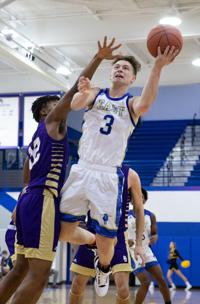 Warren East's Kaleb Matlock shoots the ball as Bowling Green's Jordan Dingle tries to block him in the Purples' 76-36 win against the Raiders at Warren East High School on Tuesday, Jan. 12, 2021. (Grace Ramey/photo@bgdailynews.com) 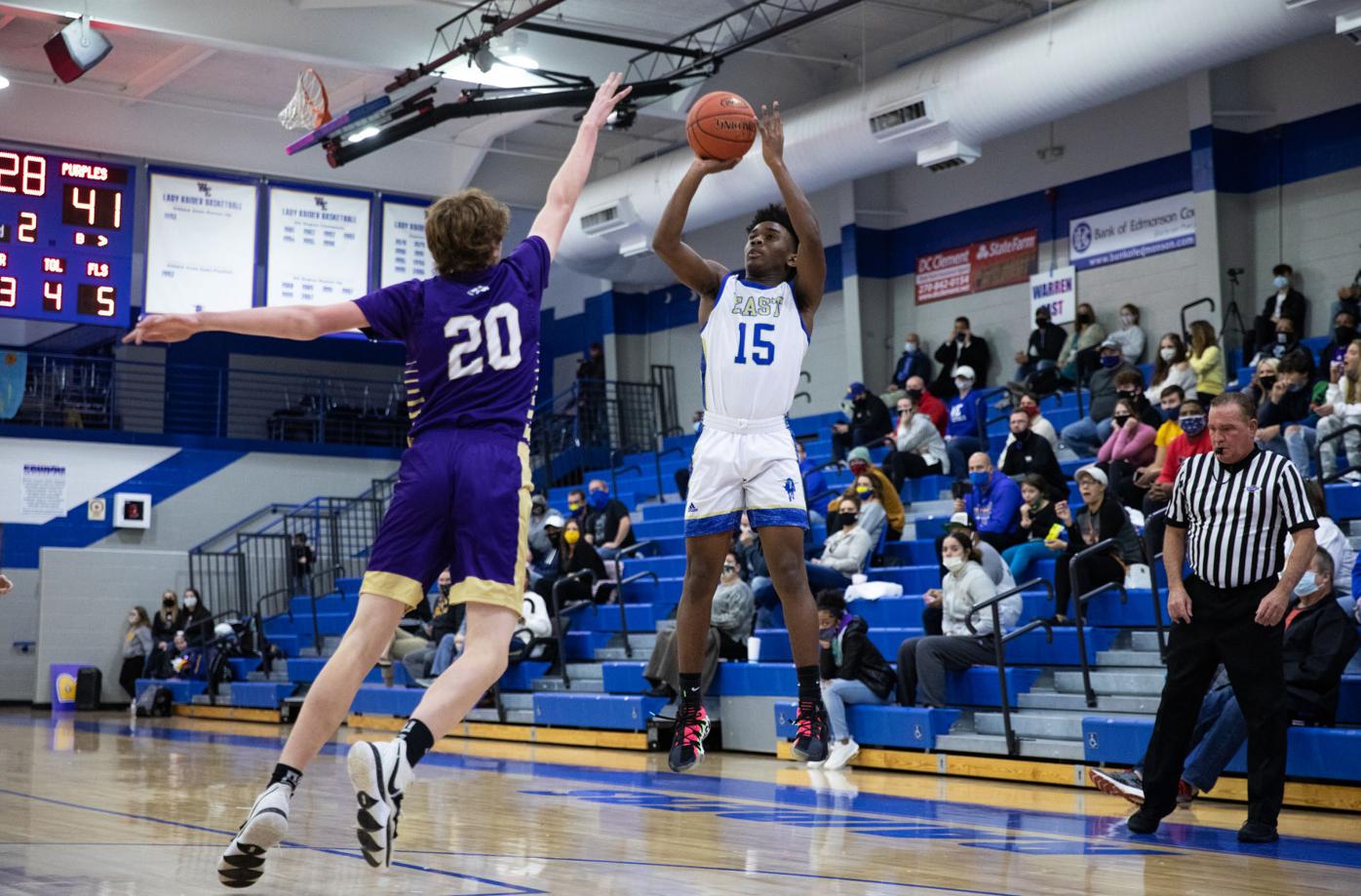 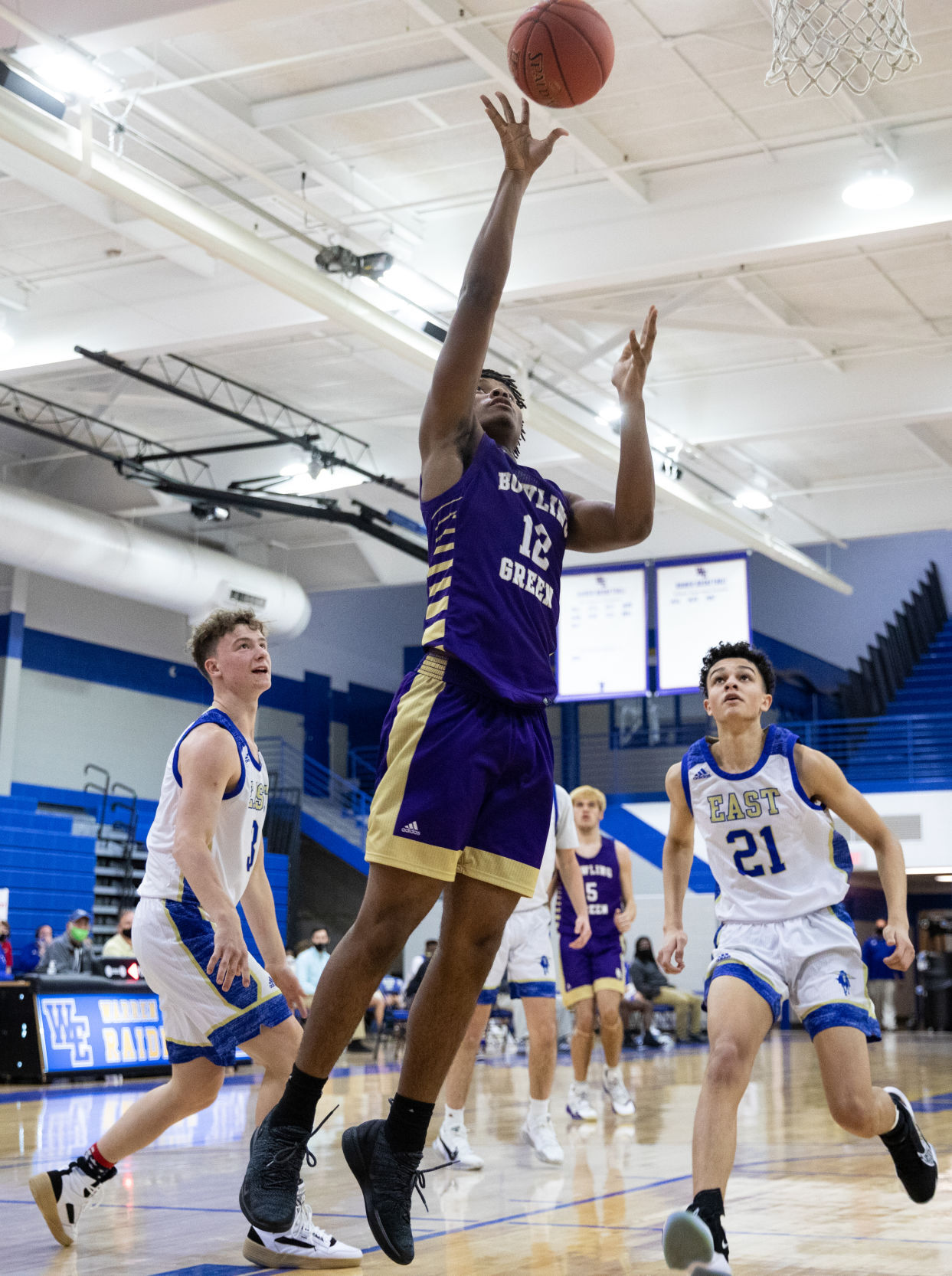 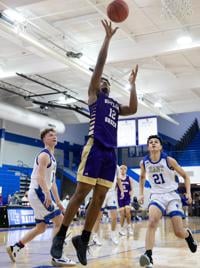 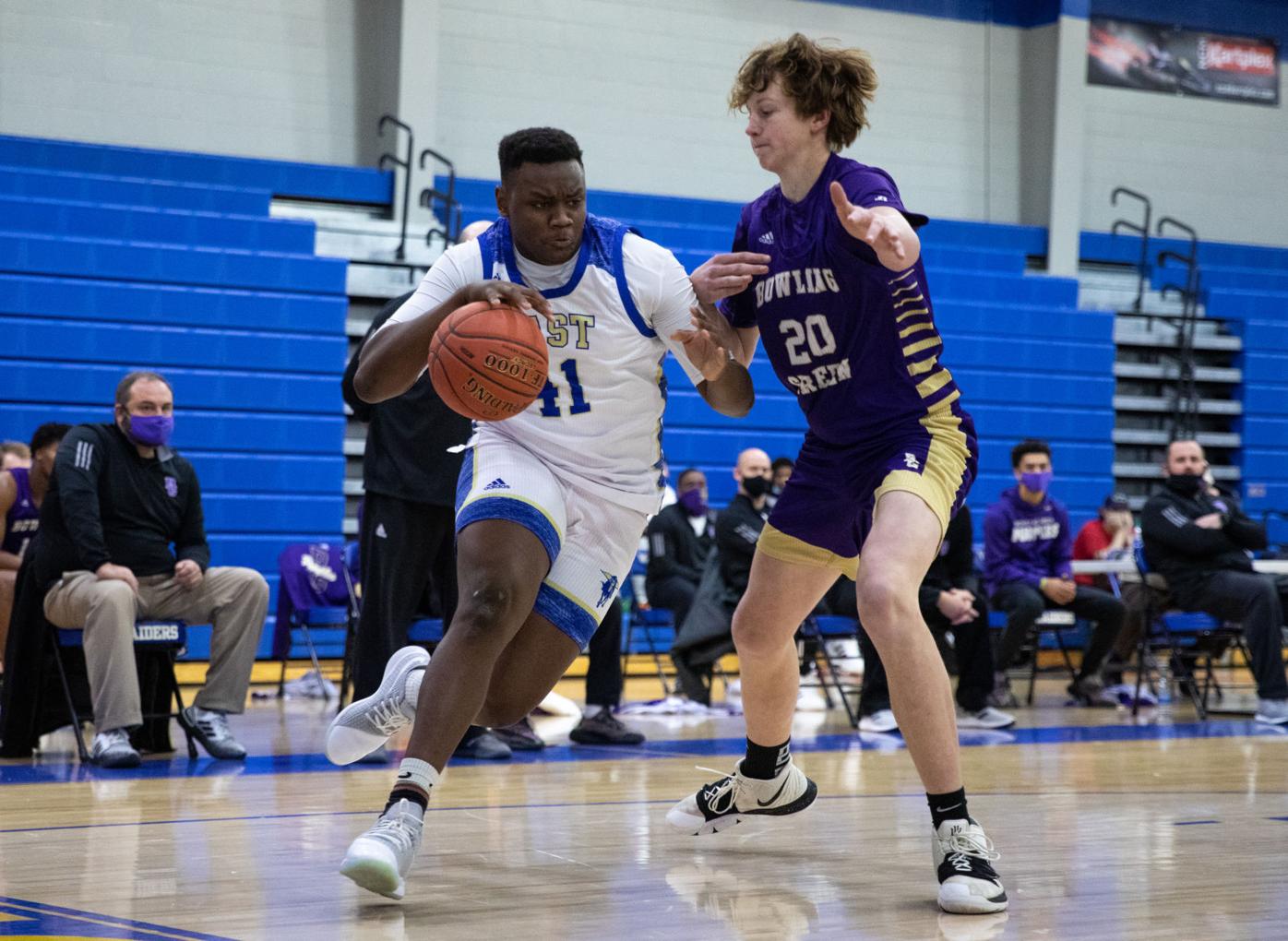 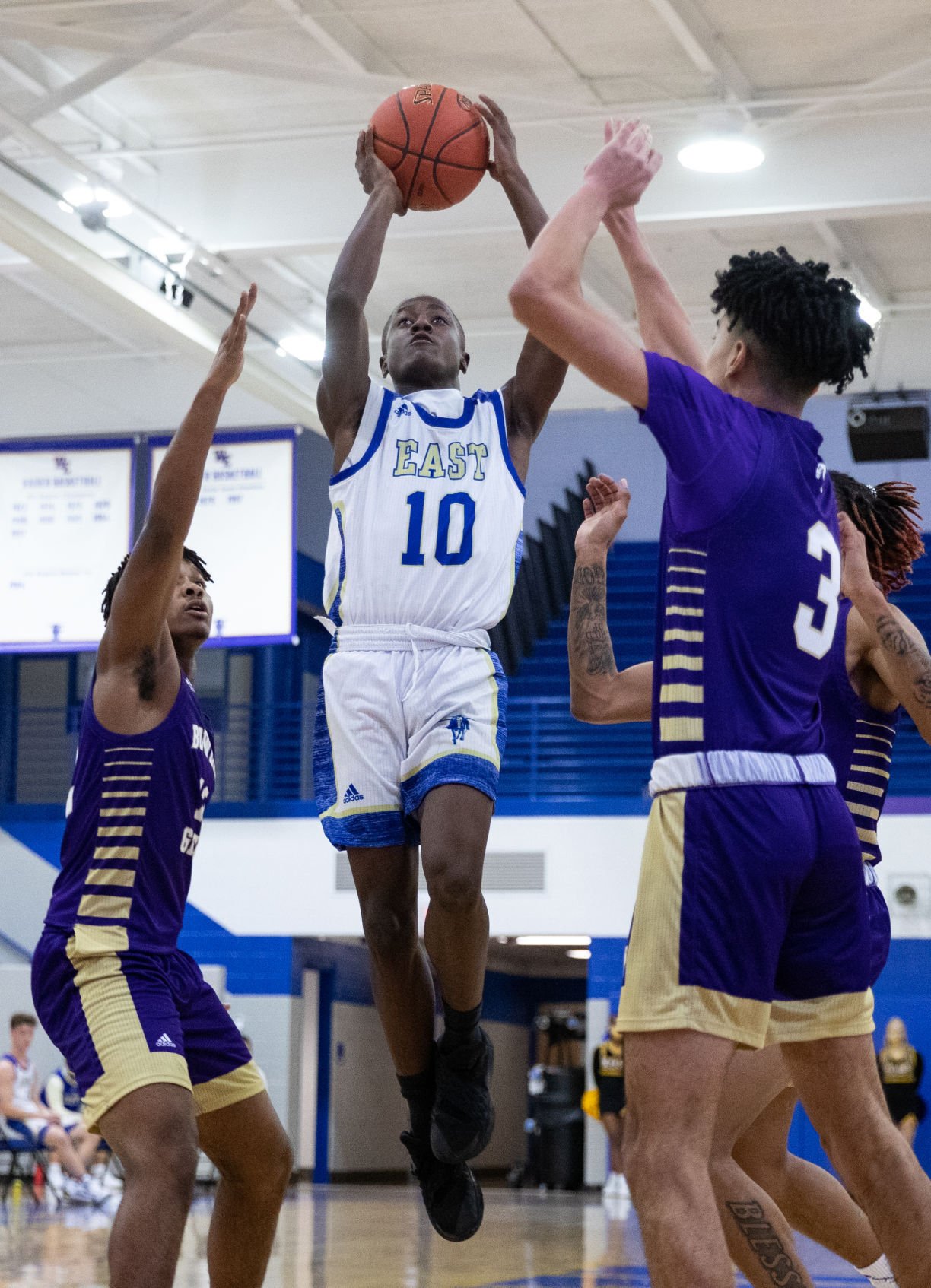 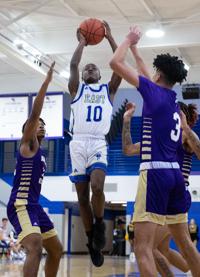 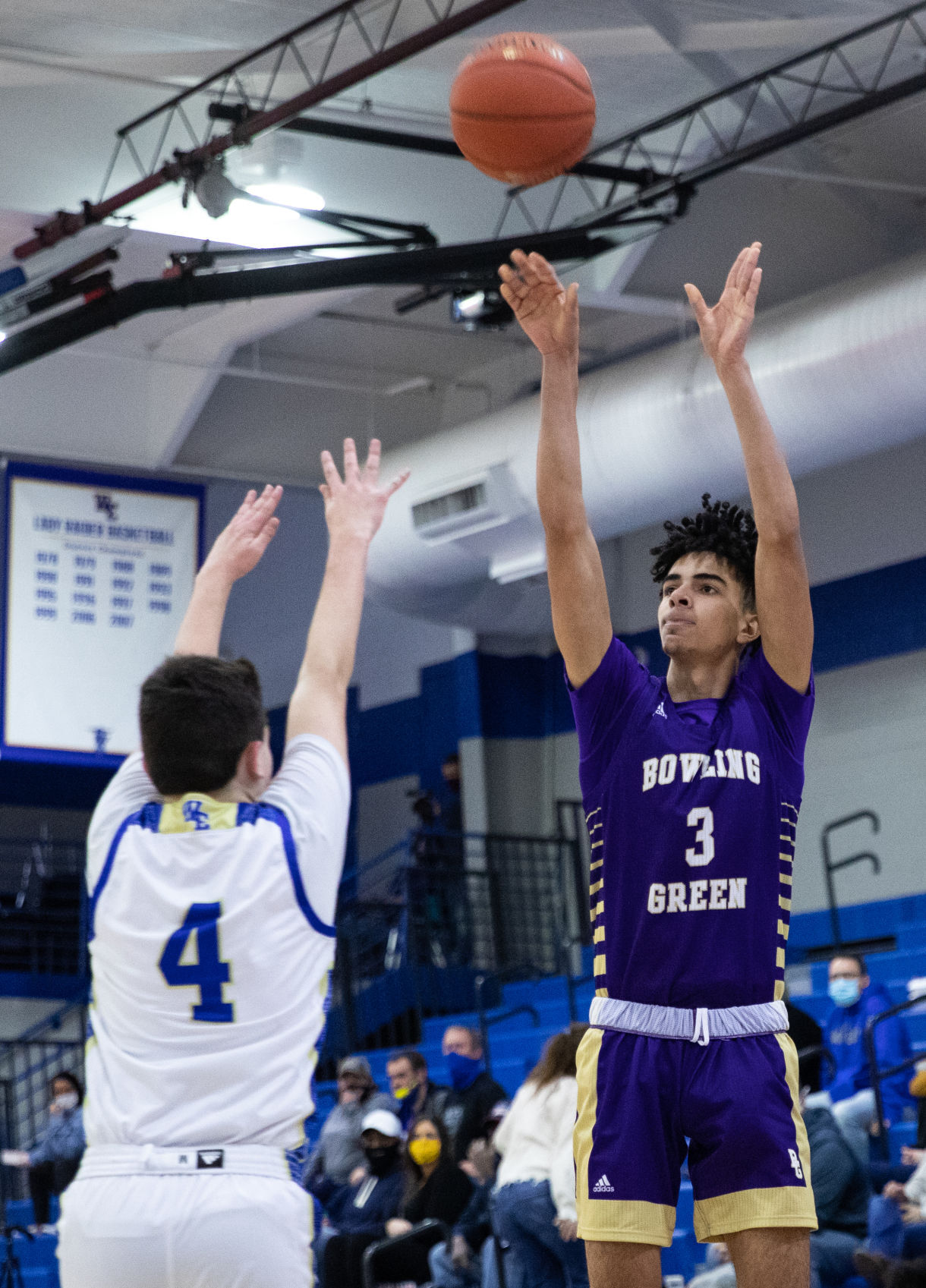 Warren East's Kaleb Matlock shoots the ball as Bowling Green's Jordan Dingle tries to block him in the Purples' 76-36 win against the Raiders at Warren East High School on Tuesday, Jan. 12, 2021. (Grace Ramey/photo@bgdailynews.com)

The Bowling Green boys’ basketball team continued its hot start to the season with a 76-36 win at Warren East on Tuesday.

Bowling Green (4-0 overall, 2-0 District 14), playing for the fourth time in eight days, took advantage of game experience – using a quick start to beat a Warren East team playing its first game after having to cancel last week’s games due to COVID-19 protocols. It was Bowling Green’s 53rd straight victory against Warren East dating back to 1998.

“We knew that with this being our fourth game and their first game that we really needed to get off to a good start,” BG coach D.G. Sherrill said. “Tonight we had every reason in the world to come out flat – an early tip, no game before ours, not dressed in the conventional locker room – all the reasons that you need to come out flat were presented to us.

“We just really talked to our guys about being who we are, getting a good warmup and getting ourselves ready to play.”

The Purples, ranked No. 3 in the latest AP state poll, used a 15-0 run to build a comfortable 17-3 advantage less than four minutes in. The lead continued to expand, with senior forward Isaiah Mason providing the spark. Mason scored all of his game-high 24 points in the first half, including the final eight in the second quarter that allowed Bowling Green to push the margin to 53-19 at halftime.

“We came out with a focused mentality and I think we accomplished that mission tonight.”

Jordan Dingle’s bucket 32 seconds into the second half started the KHSAA mandated running clock. Bowling Green’s lead grew to as much as 45 points in the second half. The Purples have now won the first four games by an average of 30 points, with the closest margin a 19-point win at McCracken County on Saturday.

“There is a reason they are ranked third in the Associated Press this week,” Warren East coach Brandon Combs said. “This is their second straight game where they have run roughshod through a district opponent. It showed it was our first game. I thought early on we were kind of playing on adrenaline and got some decent shots, but their length forces you to take long shots. And with long shots, you have long misses and that leads to running out. We could not get the ball stopped. The second half we did some good things.

“I told the kids to keep their heads up. We played a really good opponent.”

Warren East will host Glasgow at 7:30 p.m. on Saturday. Bowling Green will play at Warren Central at 7 p.m. on Friday.

“I’ve been around a long time and we all know what Friday is going to bring,” Sherrill said. “That’s the granddaddy, as far as rivalries. We have to go over there and play well. I’m expecting Central to be ready for us and give a really great effort. They are going to shoot the ball well and come at us with everything they’ve got. Our guys have to be ready to play.”