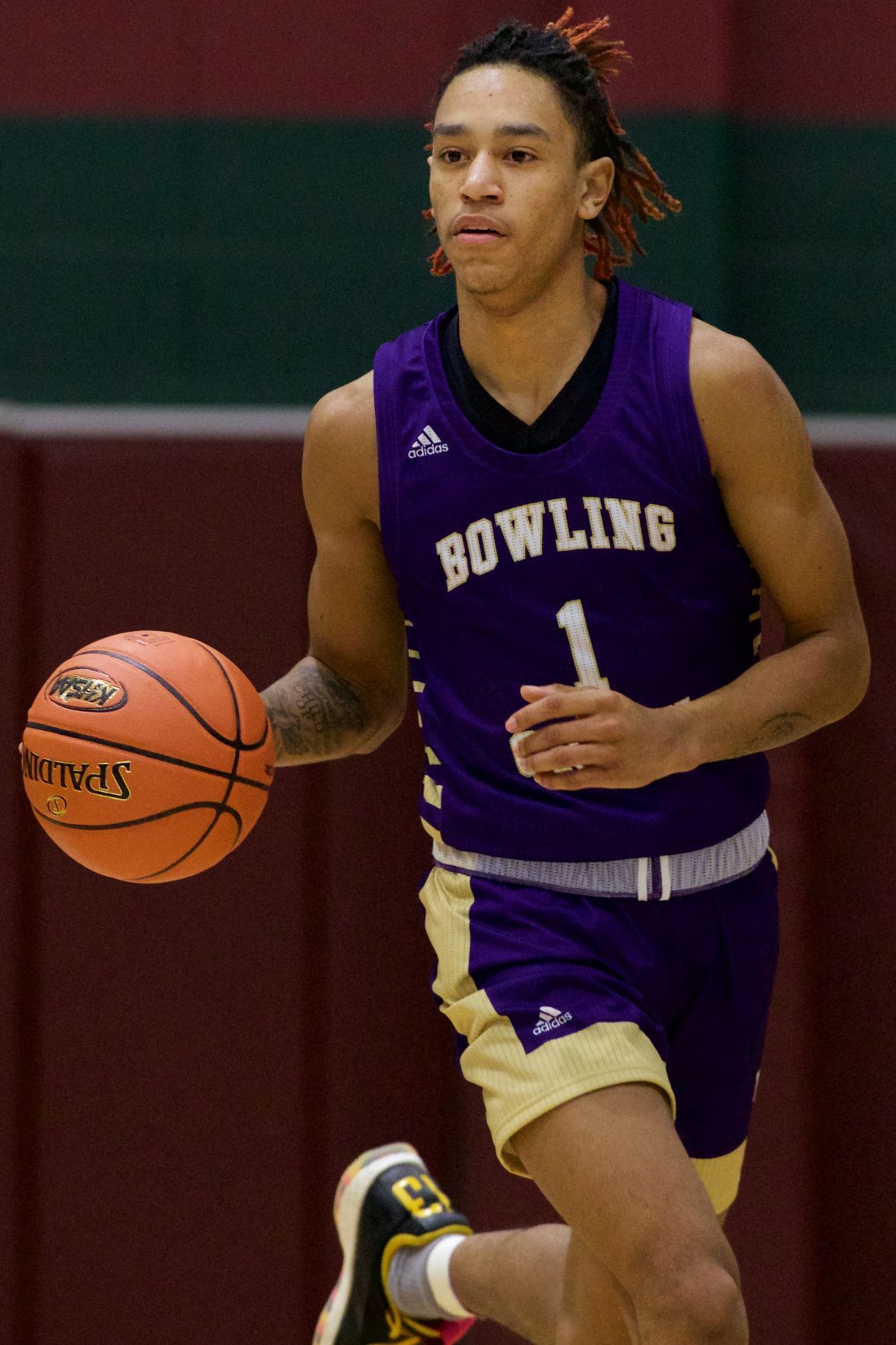 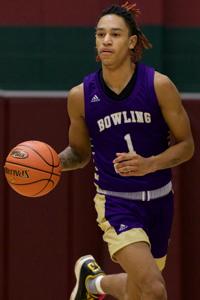 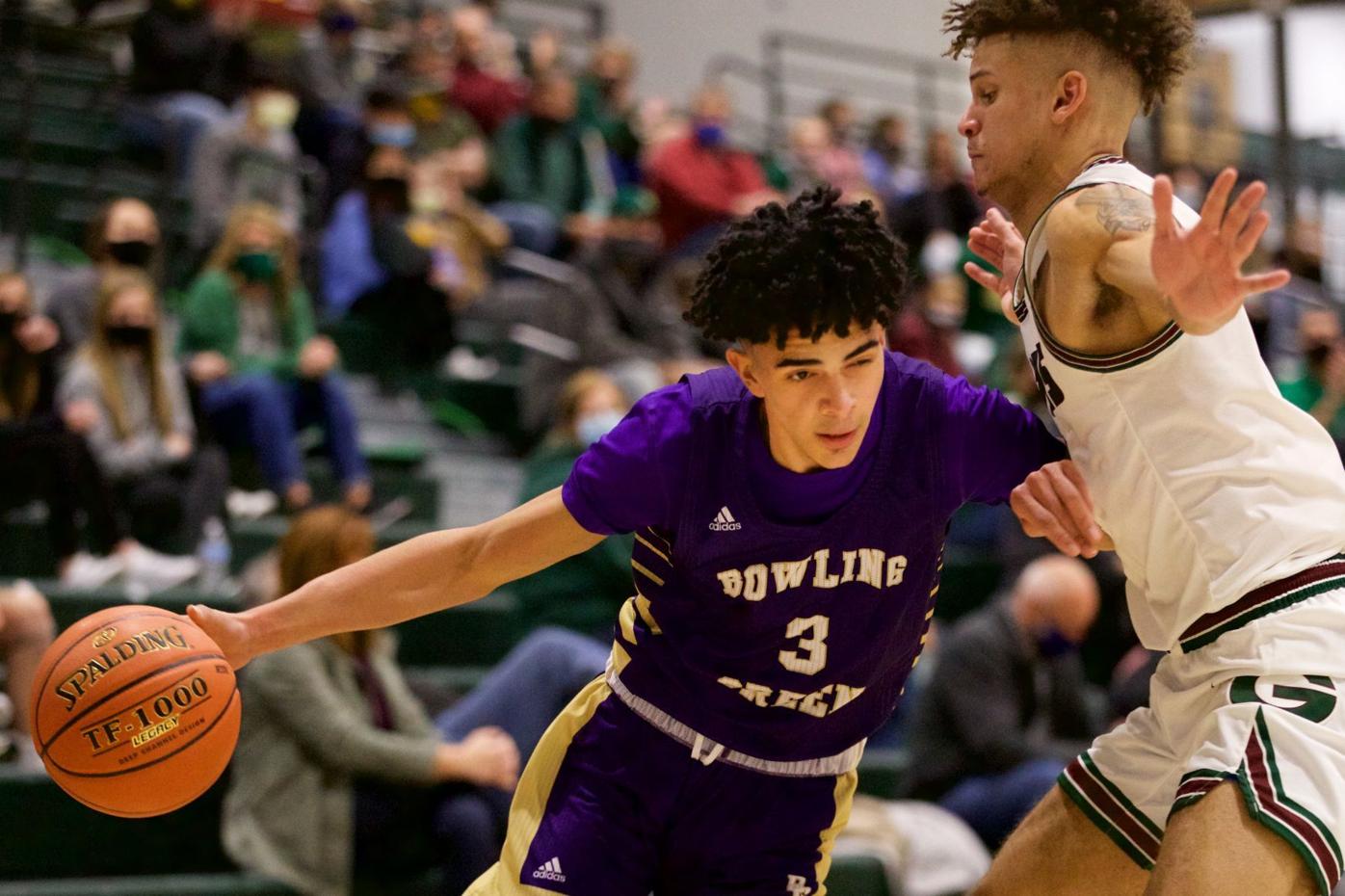 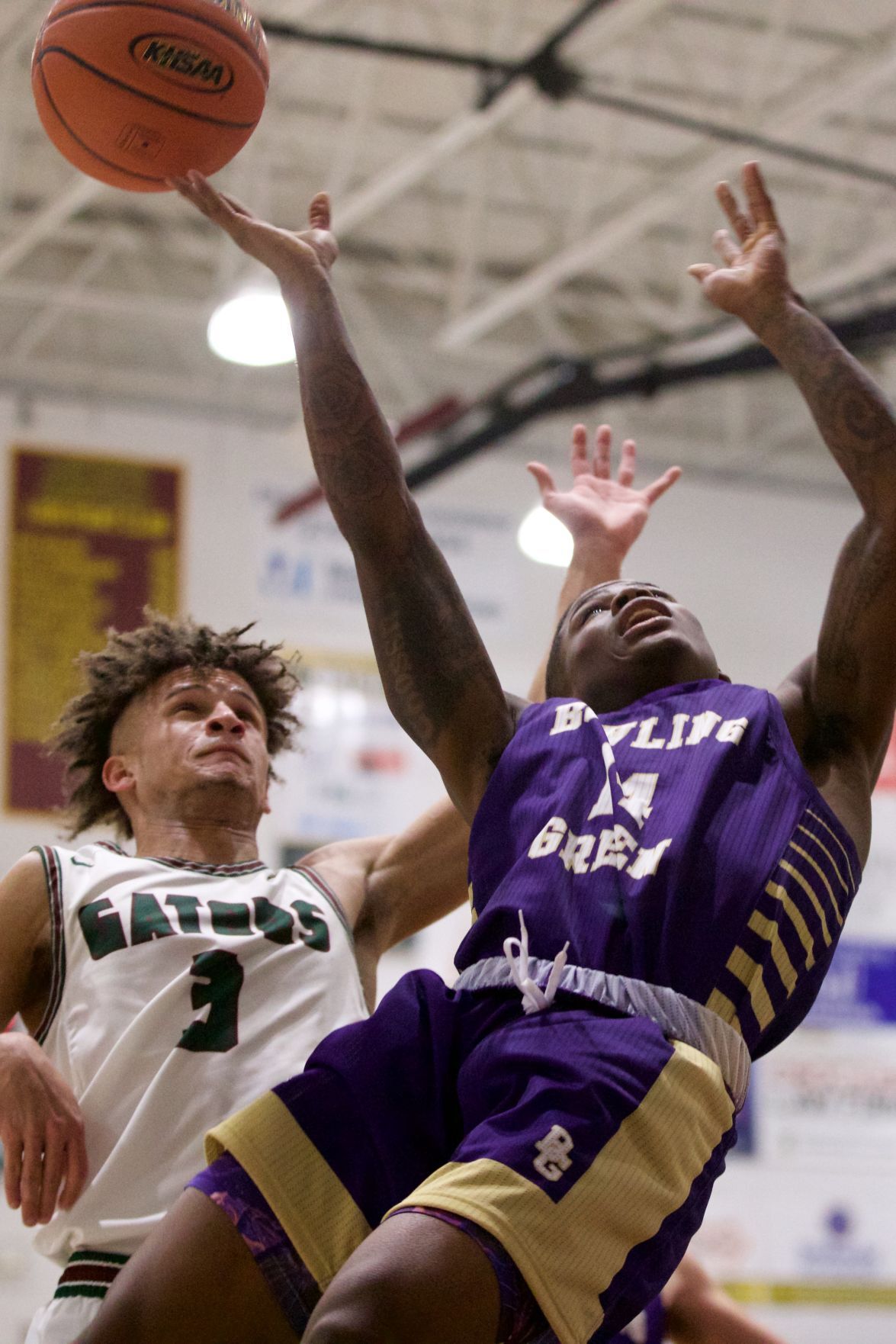 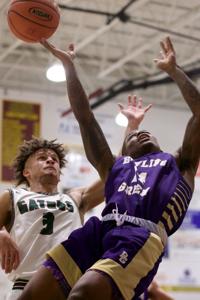 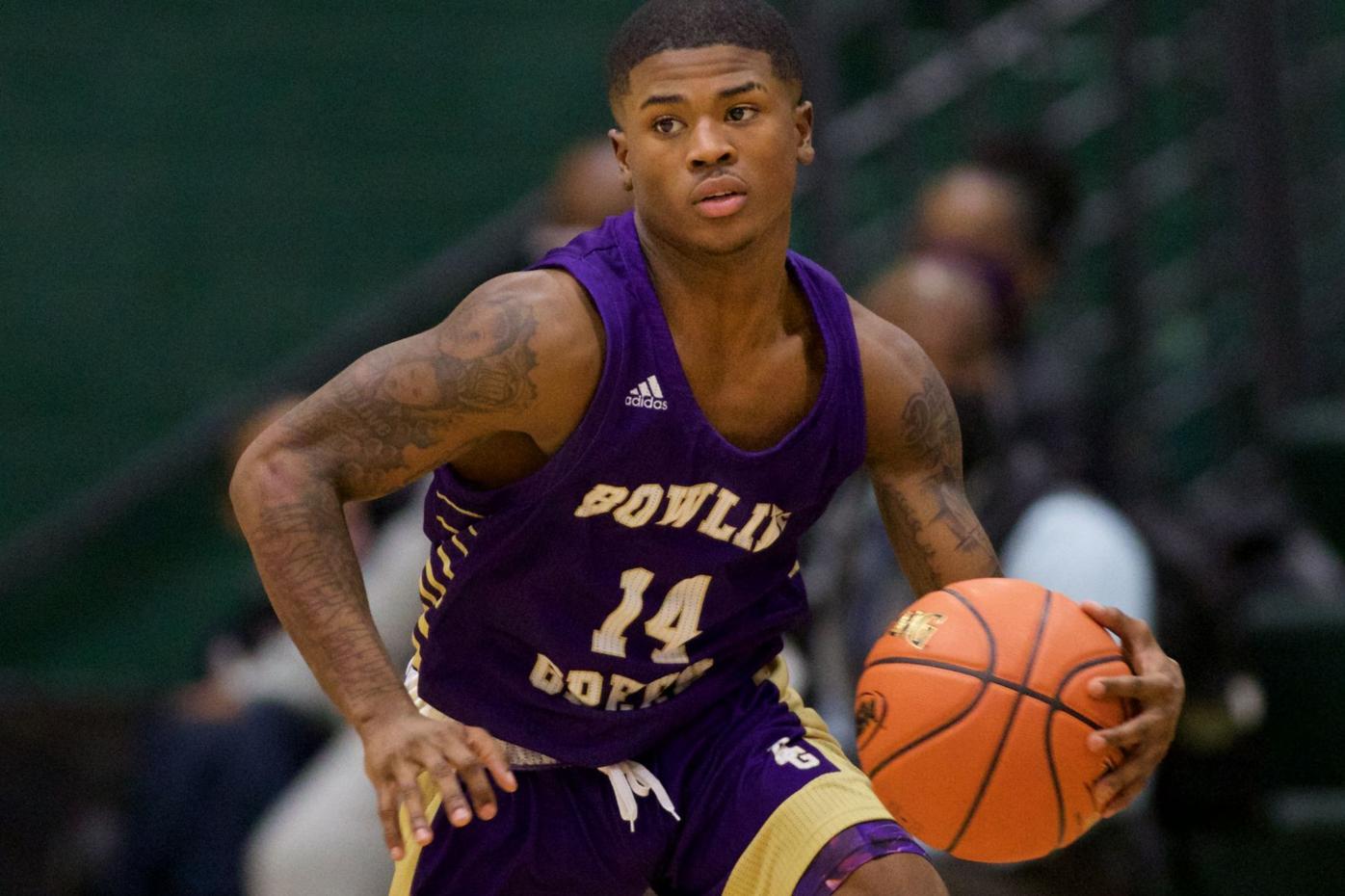 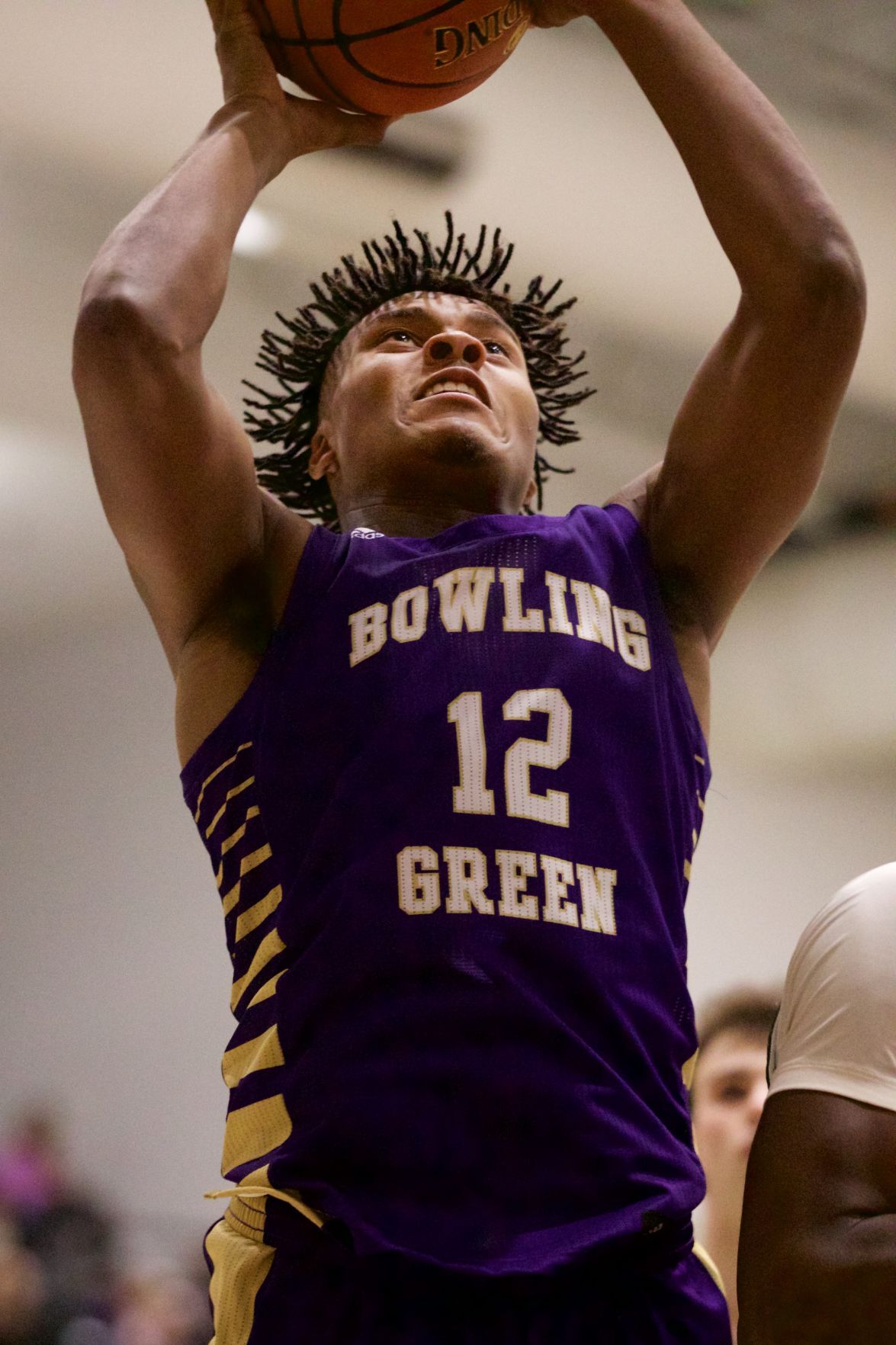 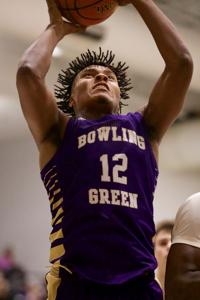 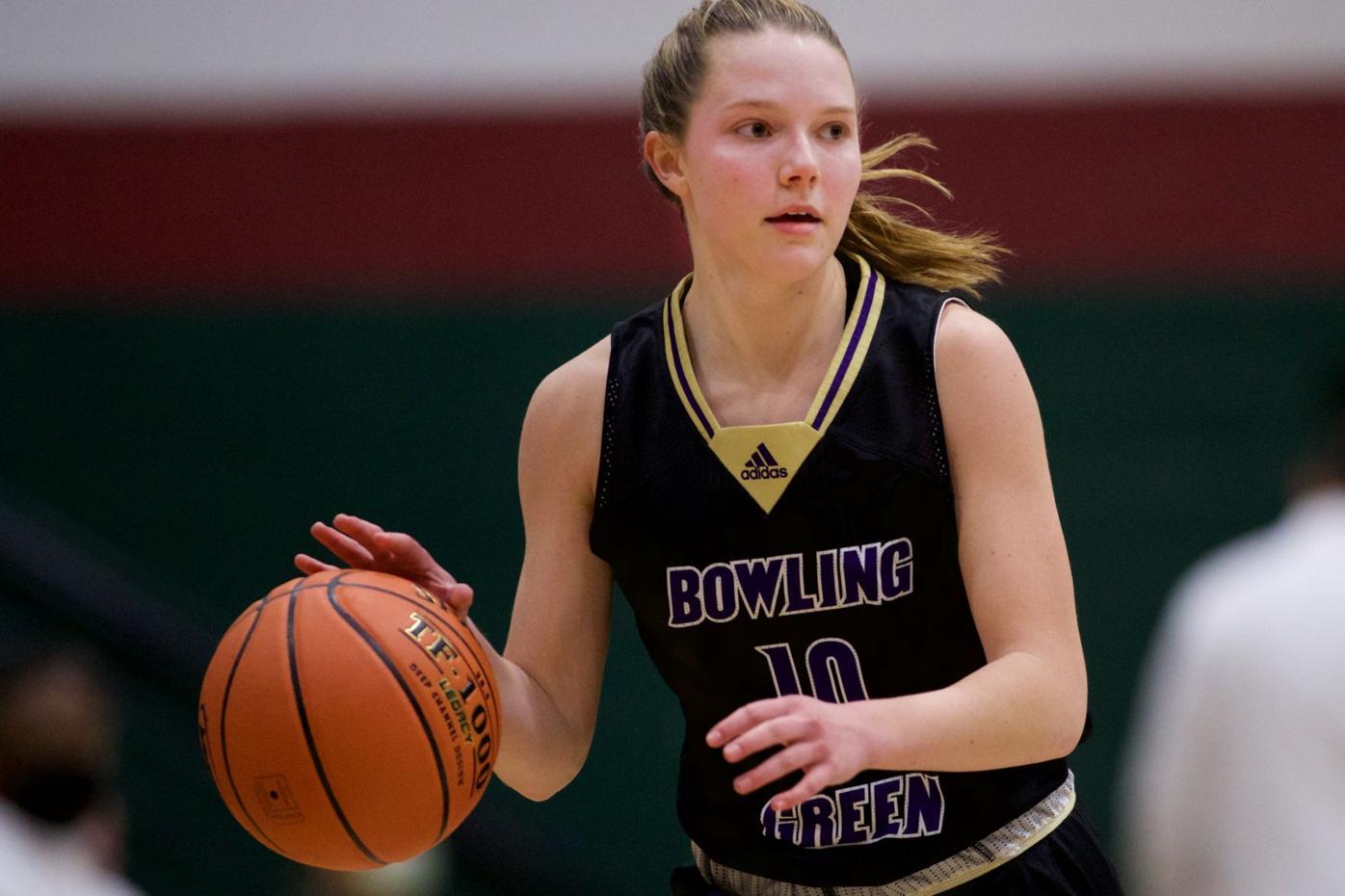 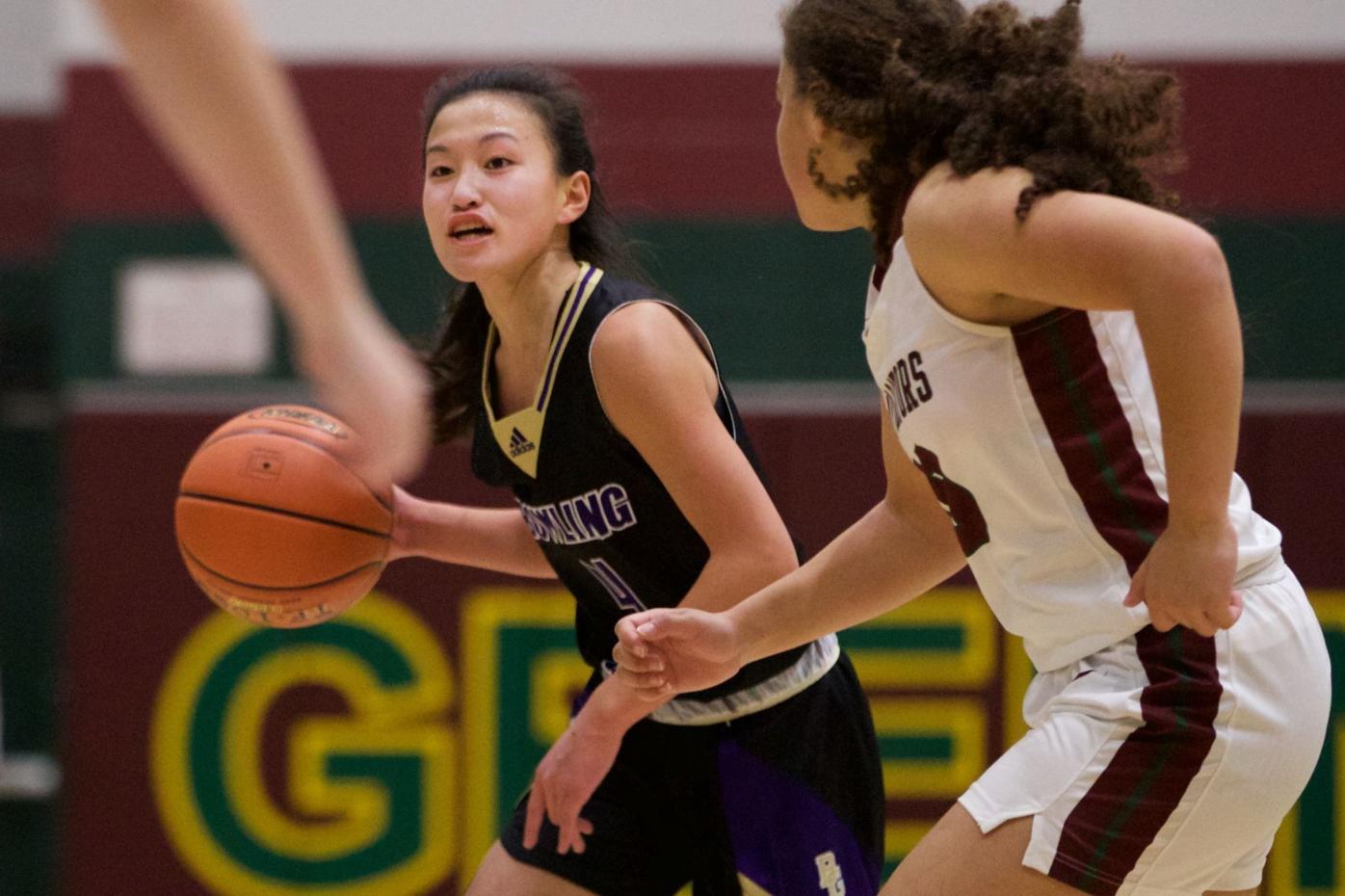 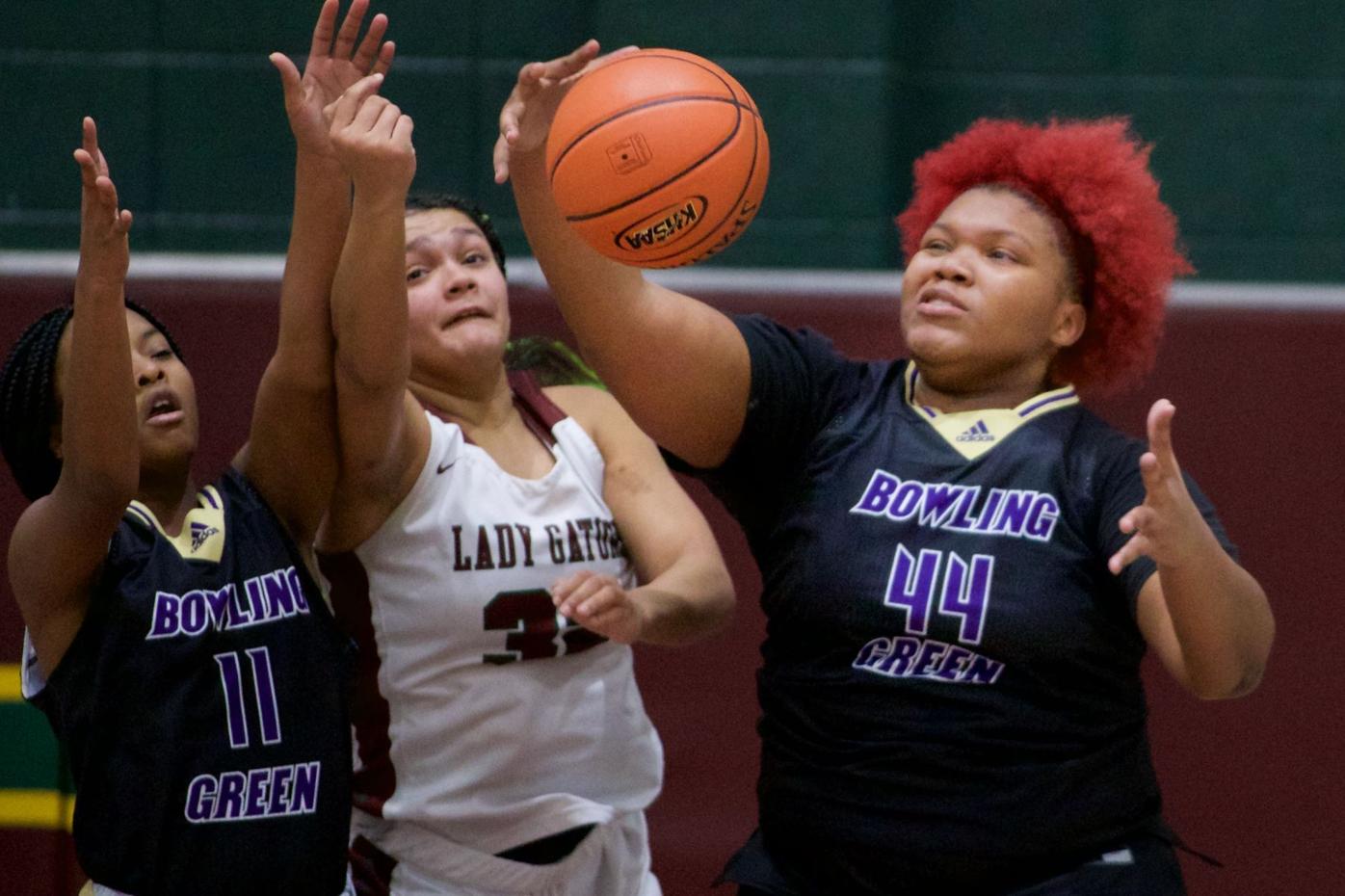 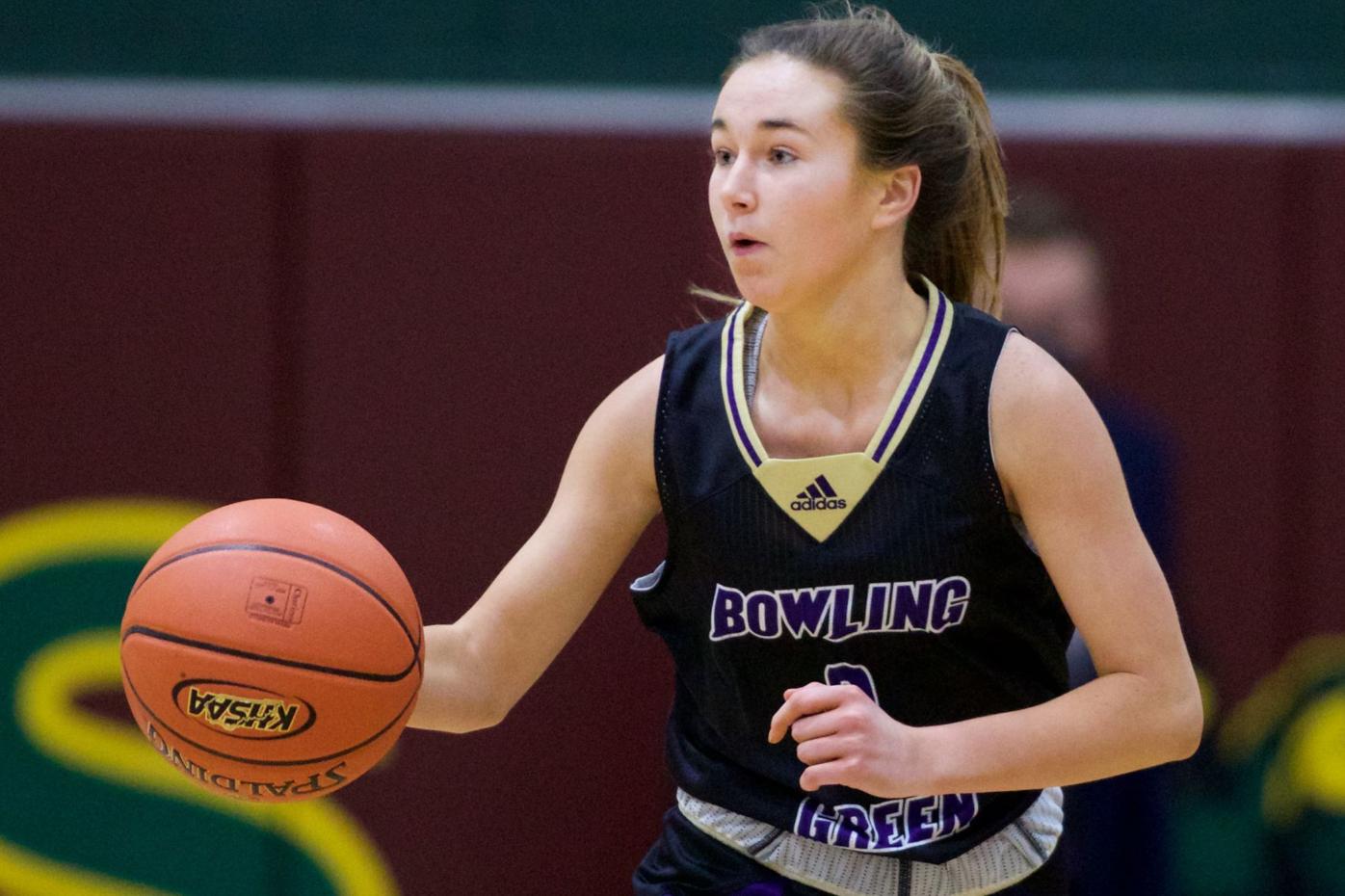 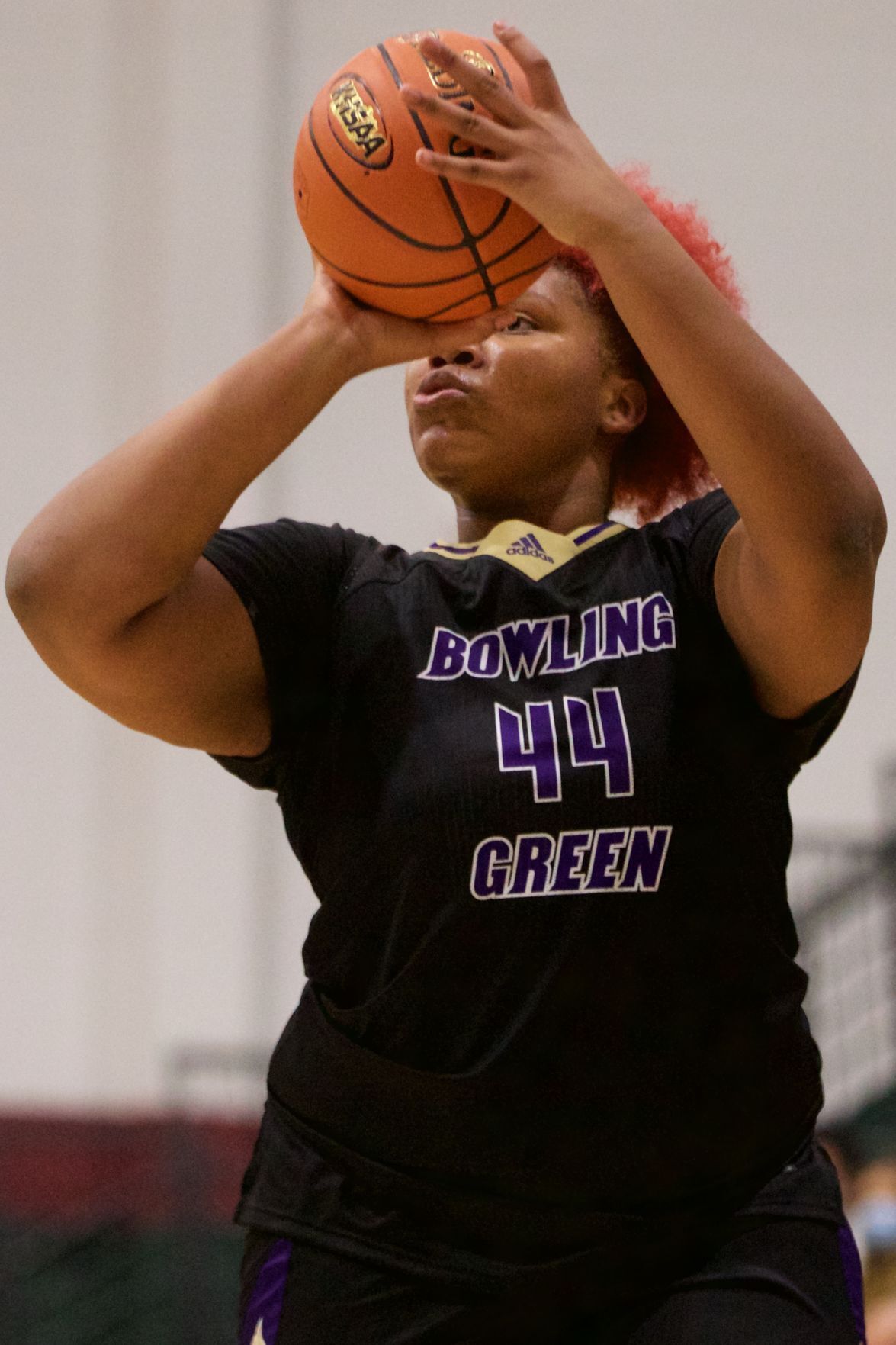 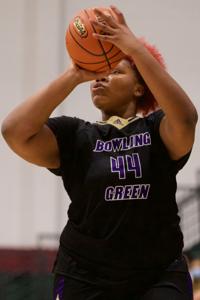 It’s still the first week of the season, but the Bowling Green boys’ basketball team looks in midseason form on the defensive end after a convincing 83-47 victory over District 14 rival Greenwood on Friday at Greenwood High School.

“That’s what we preach – we preach defense first and the offense will come,” Purples senior guard Isaiah Mason said. “We come in every day at practice and work an hour and a half on defense. That’s a big part of our game.”

Mason helped the Purples build a 20-point advantage by halftime with 11 points and 11 rebounds in the first half. Greenwood (1-1, 0-1) scored the first bucket of the night, but the Purples answered with the next five to take the lead for good.

The lead grew to 19-10 after a 3-pointer from Turner Buttry early in the second quarter and was 38-18 by halftime.

“I’ve coached long enough to know what kind of place this is to win a game,” Bowling Green coach D.G. Sherrill said. “It’s a tough, tough environment. One of the toughest gyms in the state. If Greenwood gets going in this gym, they are a bear. Usually when I come over here it is a last-second shot, it’s an overtime, you have to fight and claw and scratch to come out with a win.

“I just wanted to emphasize to our guys that you have to play every possession with defensive intensity.”

The Gators were unable to mount a comeback in the second half, with the Purples’ lead never dipping below 15 in the final two quarters. Bowling Green kept up the intensity on the defensive effort, but exploded on the offensive end to outscore Greenwood 45-29 in the second half.

Buttry led the Purples with 19 points, while Mason finished with 18 points and 16 rebounds.

“I don’t know that I have seen Isaiah play a better first half,” Sherrill said. “He played a great game, but at half he had 11 rebounds. He was commanding the ball. He wanted the ball.”

Aaron Brown and Brakton Stinnett had 10 points each for Greenwood.

“We didn’t compete tonight,” Greenwood coach Will McCoy said. “That’s one thing I pride myself on as a coach is that I am going to have a team that competes night in, night out – possession by possession. Tonight I thought we got punched early and we never really responded.”

LynKaylah James had 33 points and 17 rebounds as the Lady Purples overcame the loss of forward Meadow Tisdale – injured in the season opener against Barren County – to pull away from district rival Greenwood.

“I knew I had to step up because not only is Meadow out, but we have three other starters out,” James said. “I knew I had to go in there and dominate in the paint because I knew they were going to try to throw everybody at me.”

The lead was 33-26 at halftime and 39-31 late in the third quarter when James went to the bench with an injury. Greenwood responded with an 8-0 run to tie the game early in the fourth, but James was able to return and hit a 3 and a layup during an 11-0 spurt that pushed the margin back to 50-39. The Lady Gators were unable to get closer than nine the rest of the way.

“I told them in the locker room, bend but don’t break,” Lady Purples coach Calvin Head said. “Basketball is a game of runs and you have to know how to respond appropriately. They did.

“They made their run with LynKaylah on the bench. We had a lot of inexperienced people out there in a position they had never been in before. I thought they did a great job of holding it down until they got back in there.”

Jacqueline Jackson led the Lady Gators with 16 points, while Kayla Grant added 11 points and 11 rebounds. Greenwood finished 18-for-63 from the field.

“Our shots were tough and contested, but at the same time we’ve got to make shots,” Greenwood coach Zach Simpson said.

“That’s the difference in the game. Yeah, (James) scored 33, but at the same time we got 60-something shots up, so we have to score points. We have to put points on the board and we just didn’t shoot well tonight.”