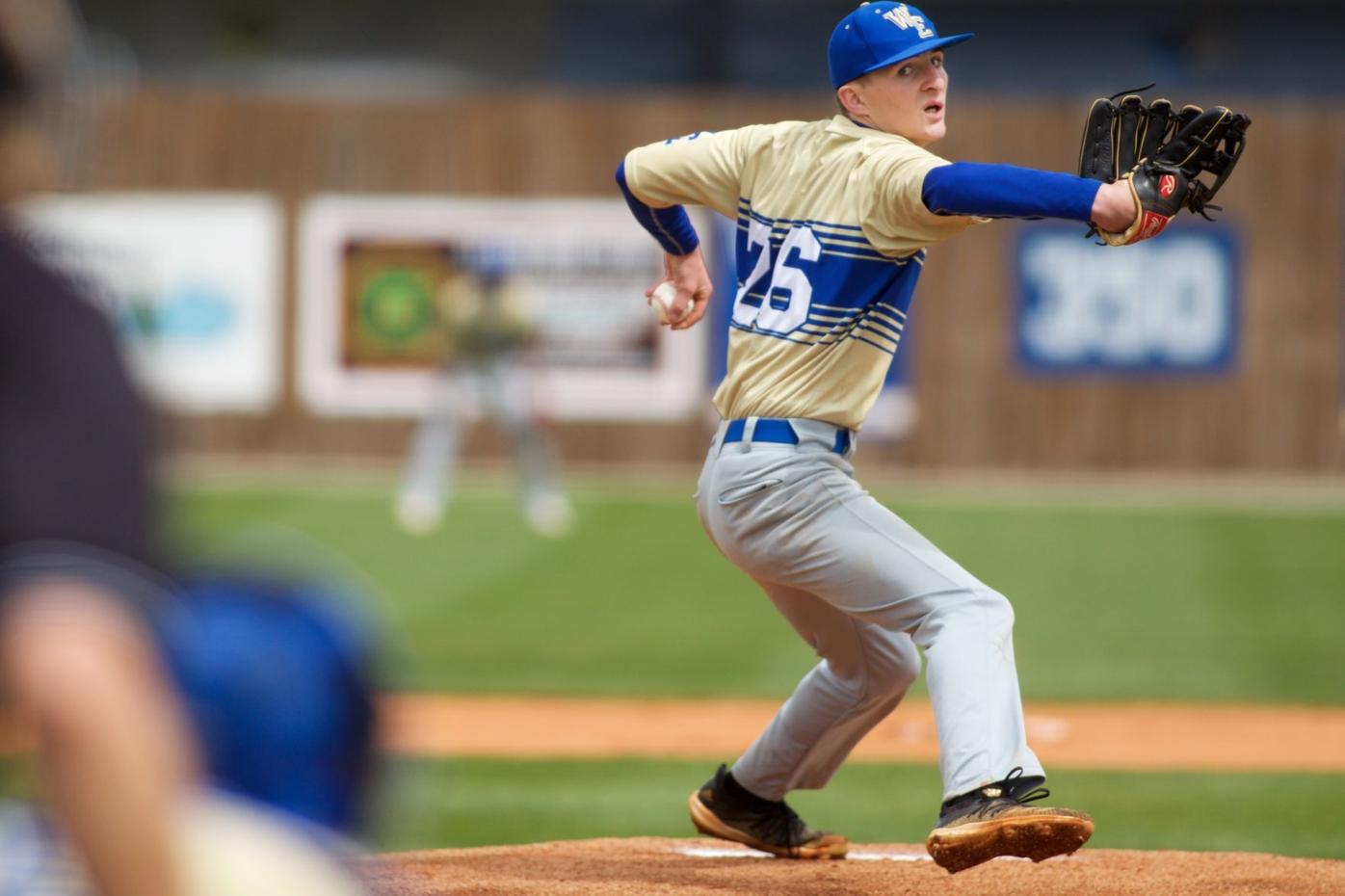 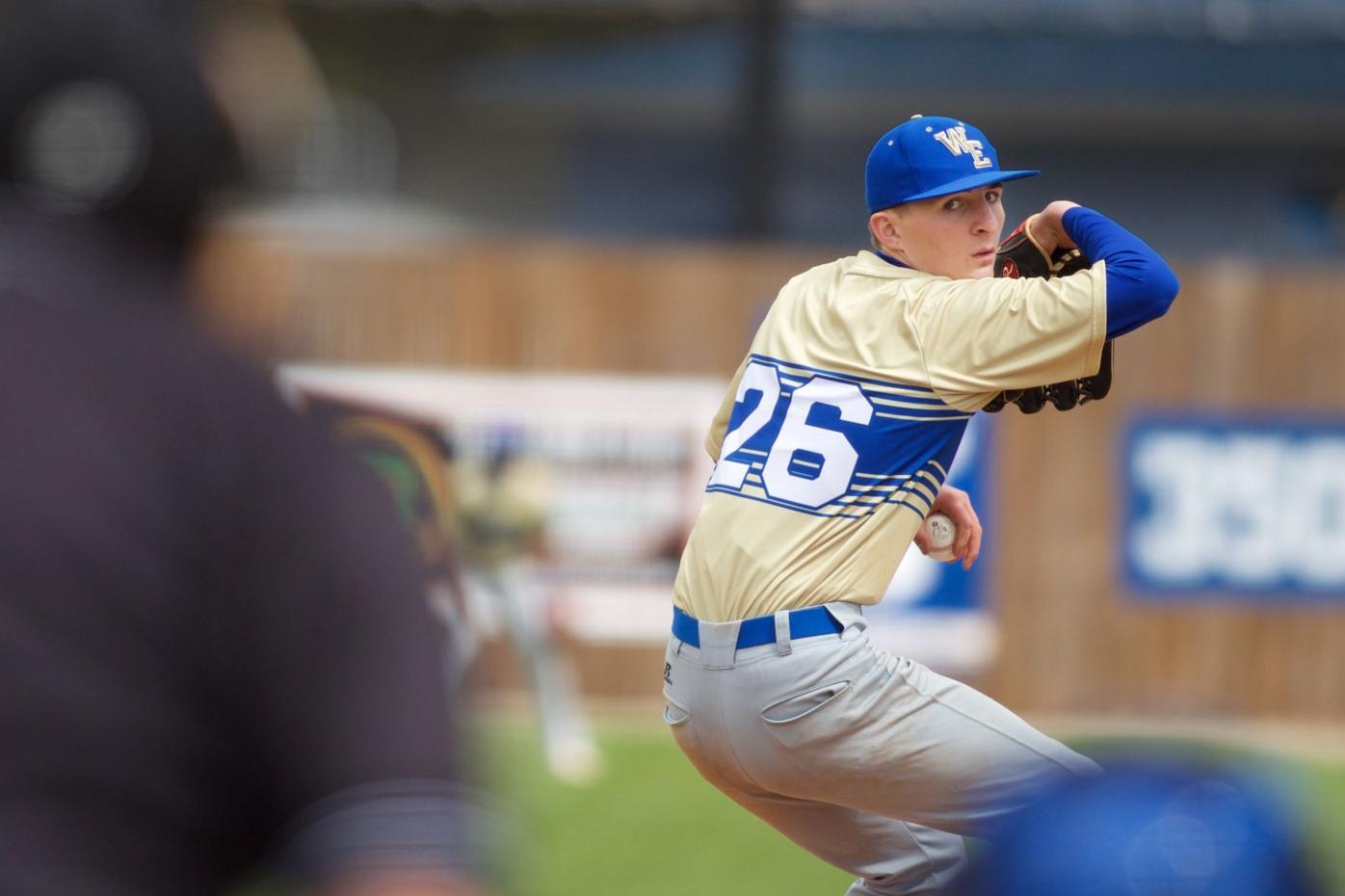 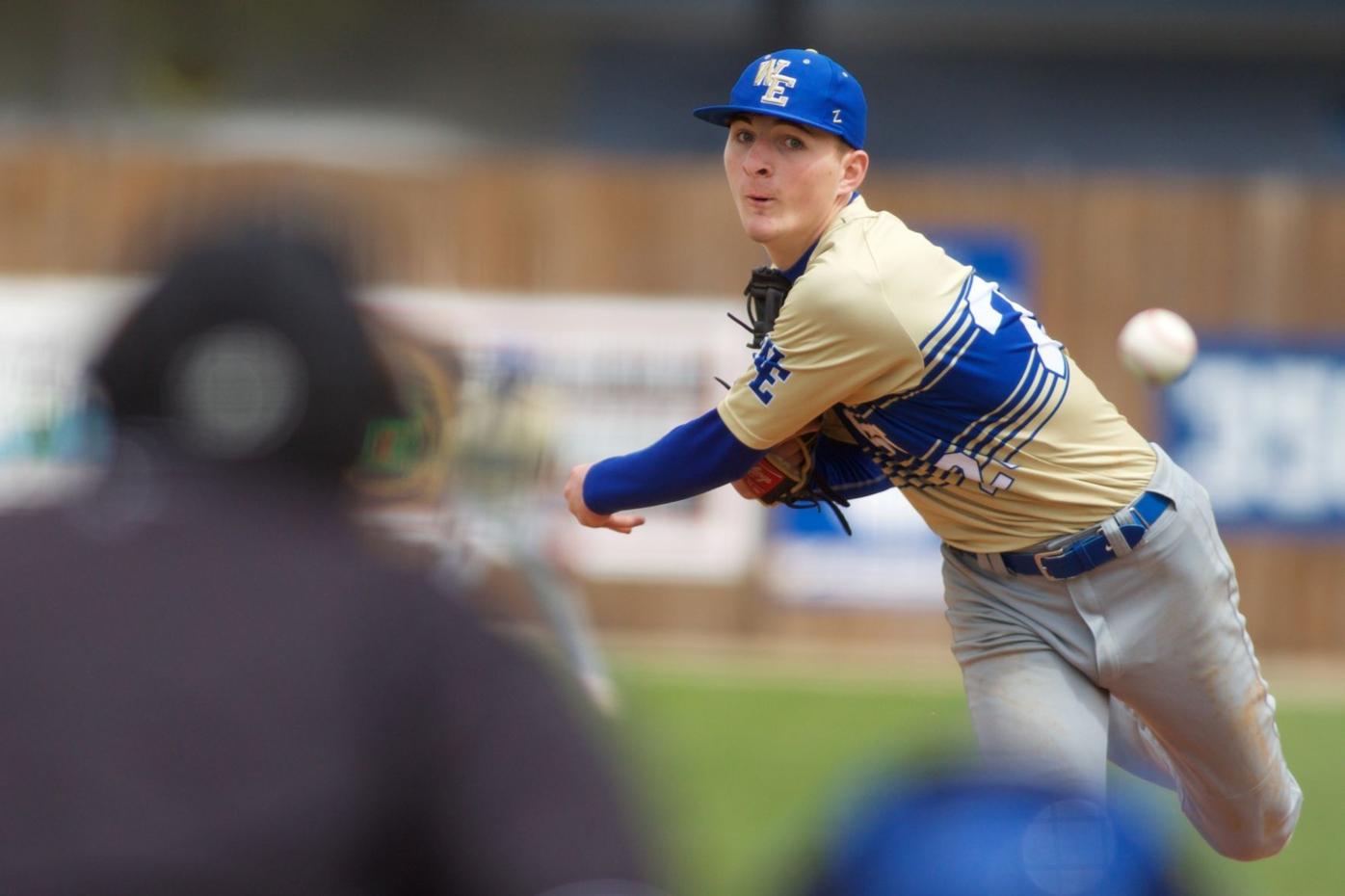 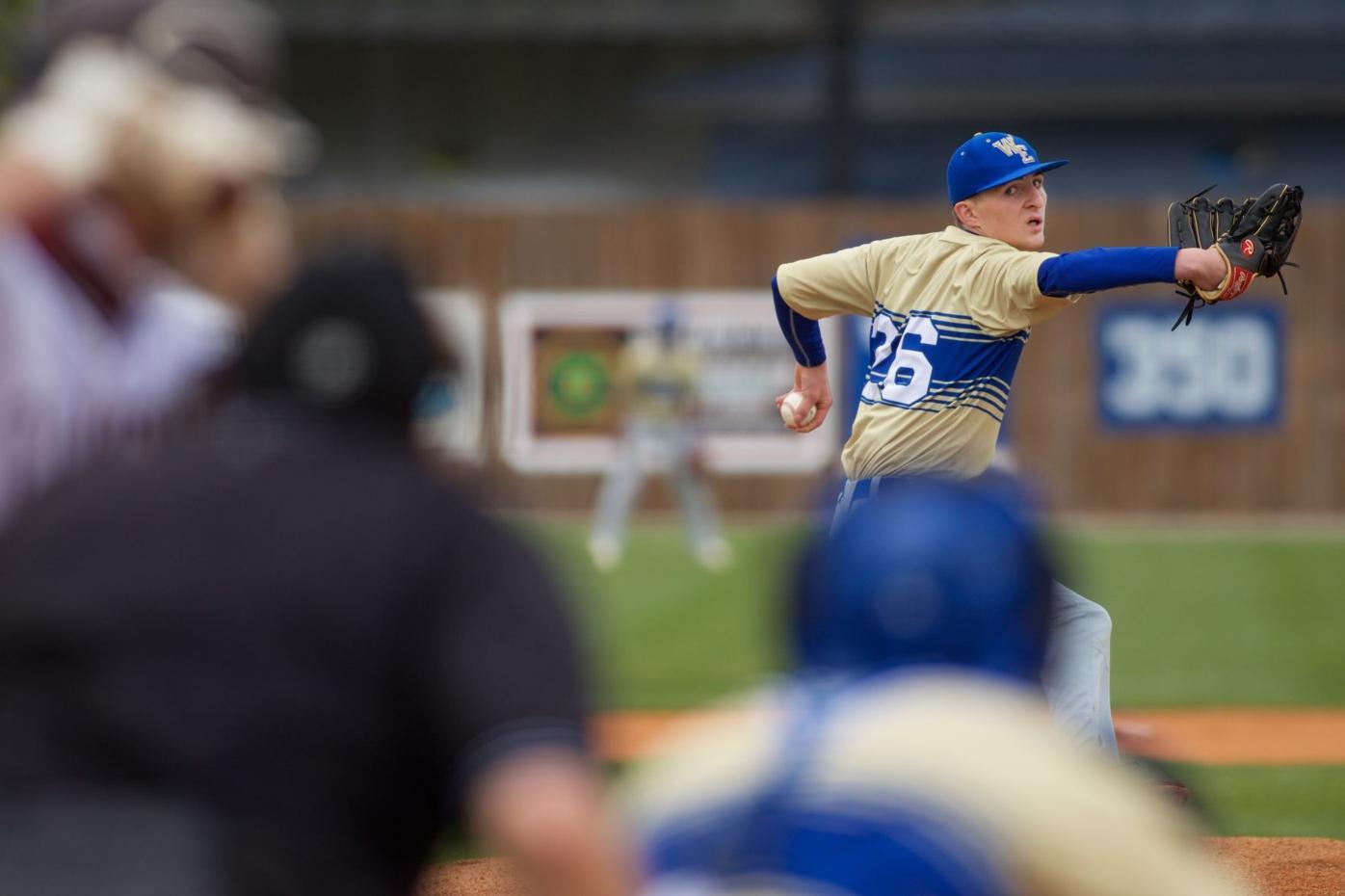 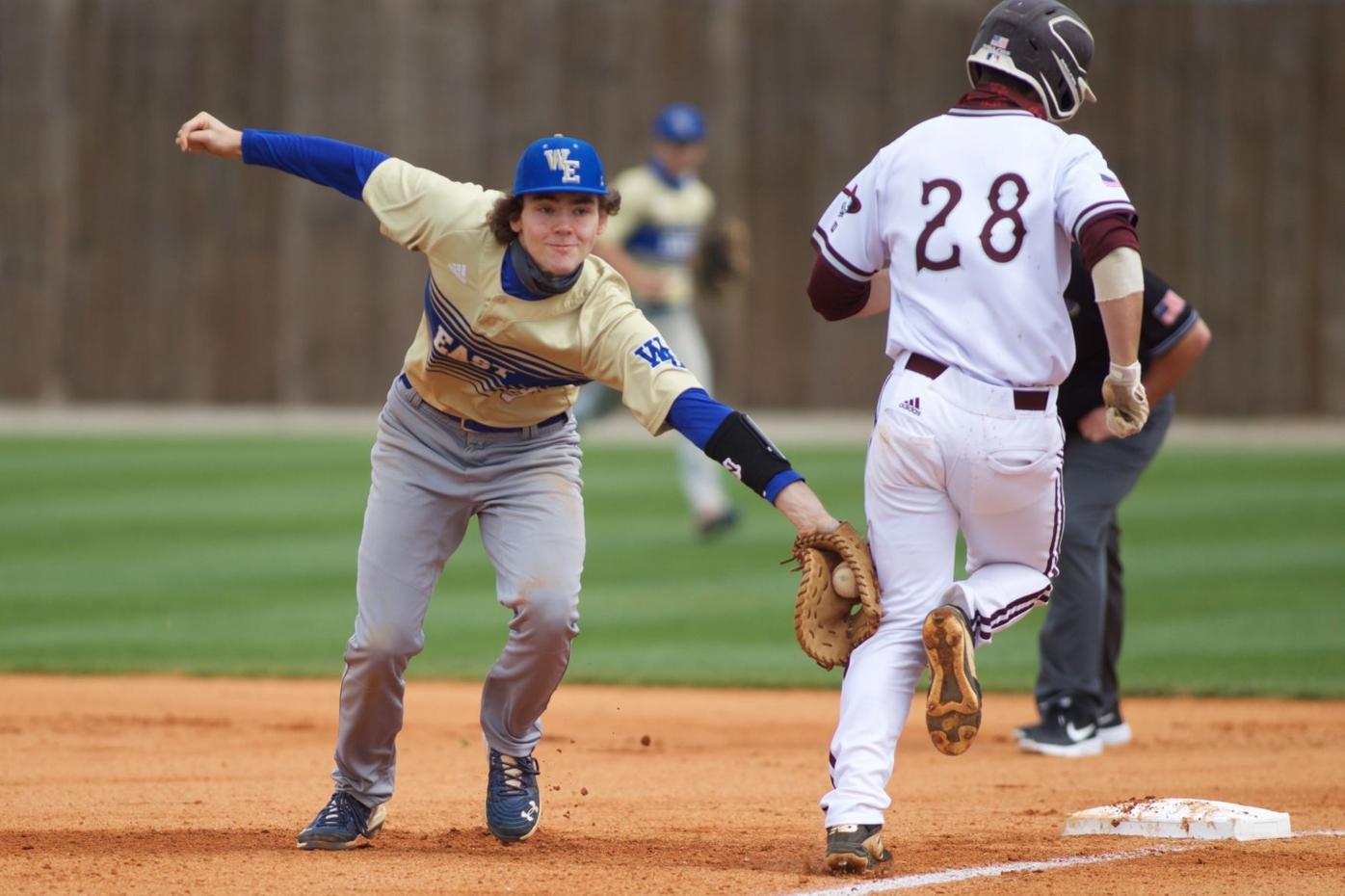 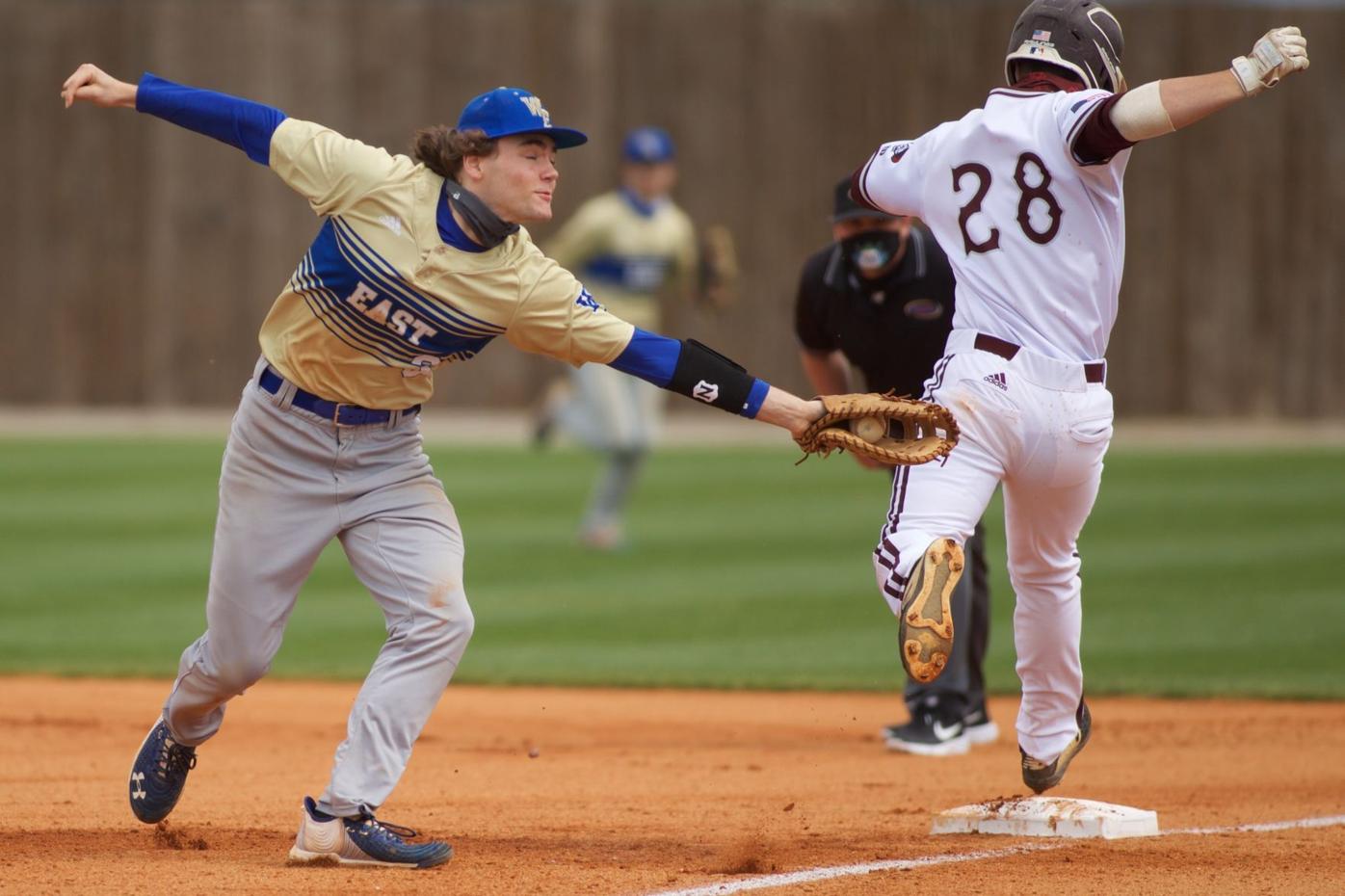 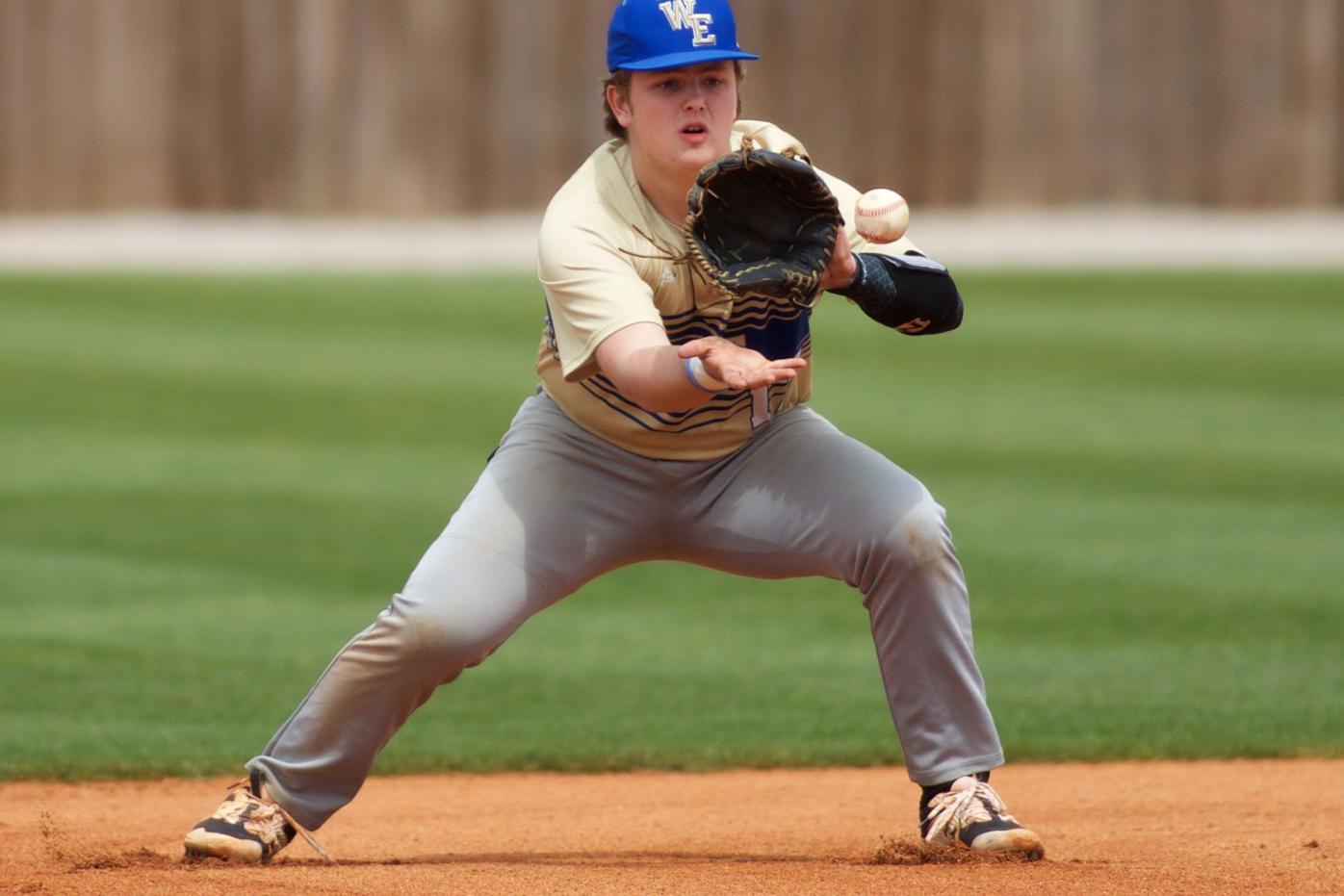 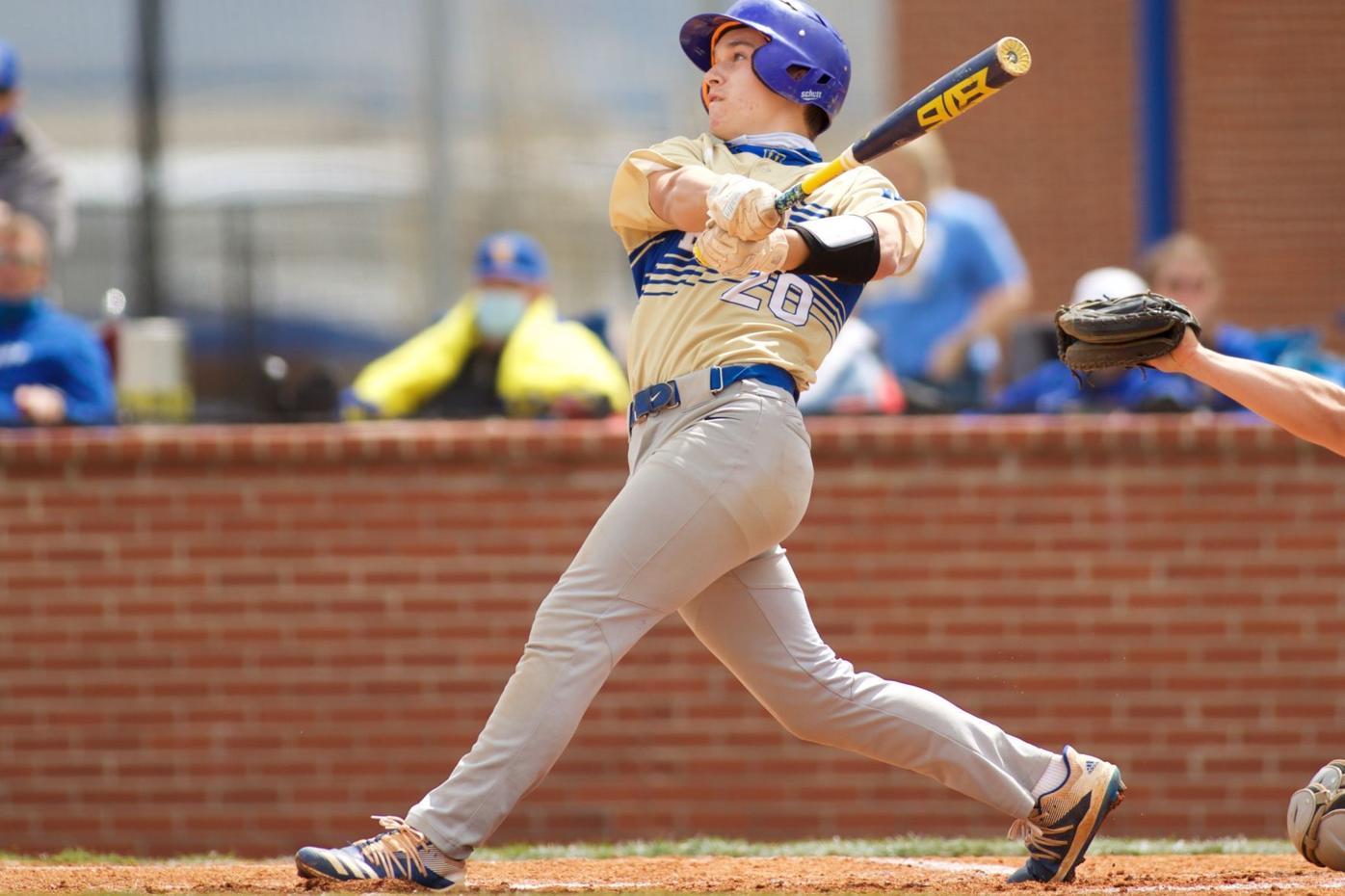 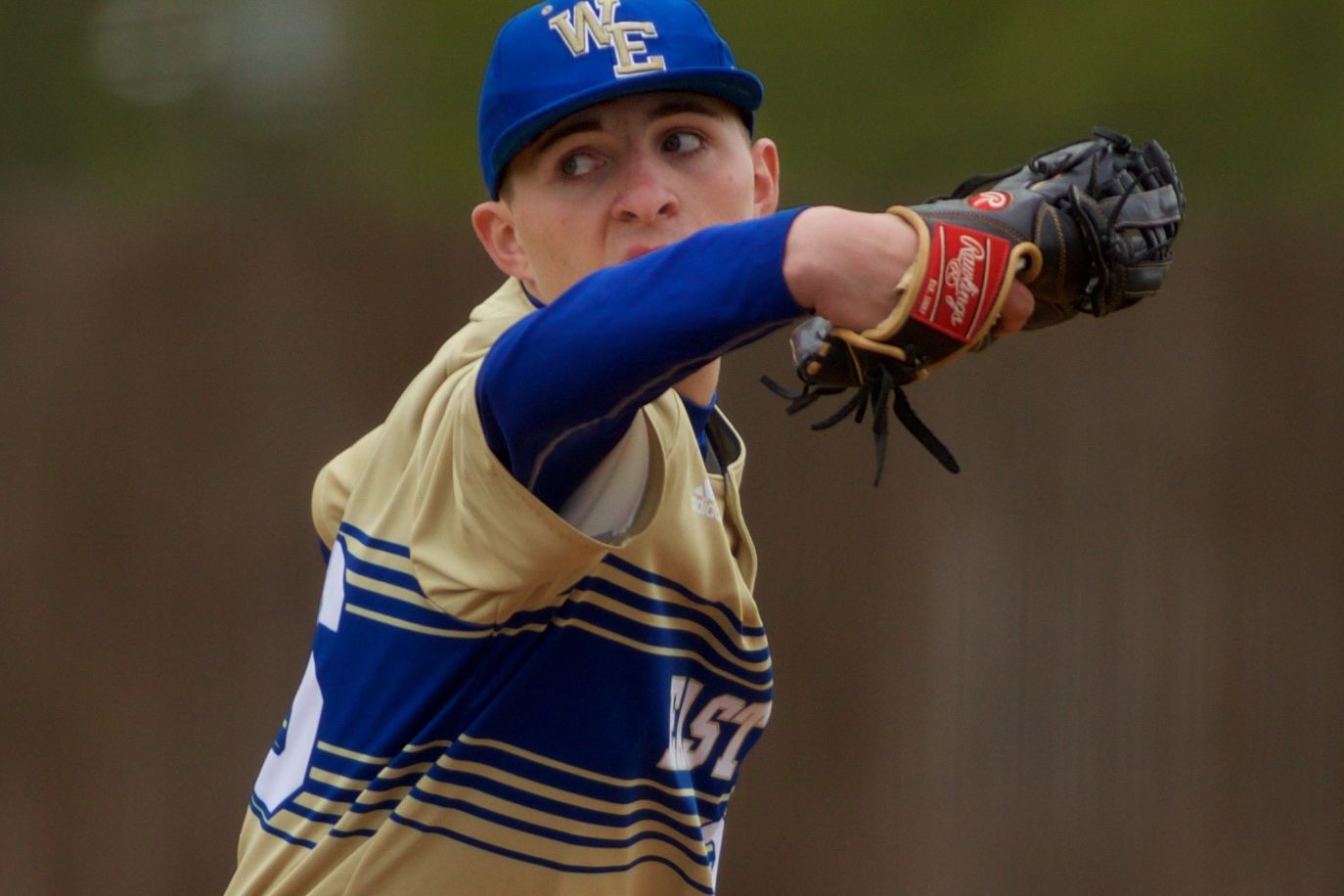 The bats took a bit to really heat up for Warren East’s baseball team Thursday against visiting Henderson County.

The way Raiders left-hander Brady Dragoo was dealing, East didn’t need to do much – one run would’ve been plenty. Instead, the Raiders posted a 10-spot on the scoreboard to back Dragoo’s one-hit shutout as East claimed a 10-0 win in six innings over the Colonels in a Warren County Invitational matchup.

Dragoo was just an infield single short of a no-hitter, and the lefty struck out 13 batters in his second straight dominant start to open the season.

“Brady threw really well last week, he threw really well again today,” Raiders coach Wes Sanford said. “He’s going to be our guy. We’re going to lean on him. Brady can sometimes try to do too much, and this year so far it seems like he’s got a good grasp on who he is and who he wants to be – not try and overthrow it, just spot up and pitch.”

Warren East (3-1) staked Dragoo to an early lead, posting a run in the bottom of the first inning and two more in the third. But in the sixth, the Raiders batted around to end the game early with a 10-run mercy rule win.

Gage Elkins reached base on a hit-by-pitch to open the bottom of the sixth, then advanced to second on an errant pickoff play. Elkins and pinch runner Ayden Barrick pulled off a double steal, then pinch hitter Camden Elkins and Austin Comer delivered back-to-back RBI singles.

The Raiders weren’t done, as Caiden Murrell pushed a bunt single toward second that scored another run. Nolan Ford followed one out later with a booming two-run double to right-center field, then Chase Carver kept the rally going with another RBI single.

That brought Gage Elkins back to the plate for his second at-bat of the inning, and he ended the game with an RBI double.

“The bats are always a little slow at the beginning of the season, but we’re hitting the ball very good right now all through the lineup,” said Ford, who reached base three times.

Warren East opened the scoring in the first when Gage Elkins drove home a run on an error, but the Raiders missed out on more after leaving the bases loaded against Colonels starter Judson Baxter.

East struck again in the bottom of the third, with Gage Elkins coming through with an RBI single before Maddox Tarrence brought in Carver from third base on a safety squeeze bunt that put the Raiders up 3-0.

Henderson County (5-2) had no answer for Dragoo. Coming in on a five-game win streak, the Colonels didn’t break through for a hit until Wes Goldsberry poked a tough chance toward the hole at shortstop for an infield single with two outs in the sixth.

Dragoo responded with another strikeout – his 13th and final out of the day.

“ Next play ... you can’t let it get to your head – you never know what’s going to happen,” Dragoo said of missing out on the no-hitter.

Gage Elkins, Murrell and Carver finished with two hits apiece to lead the Raiders in their nine-hit day.

“We didn’t hit it very well, but we gave them off since Friday so we haven’t even touched a bat,” Sanford said. “We came in and tried to swing last night, but we had so much stuff to get going, we didn’t get a lot of swings in. So I was expecting us not to be great offensively, but I was proud to see that even though we didn’t hit it really well that we were able to scratch runs across and make things happen.”

The Raiders are back in action Saturday at home against McLean County for another 11 a.m. matchup as part of the Warren County Invitational.