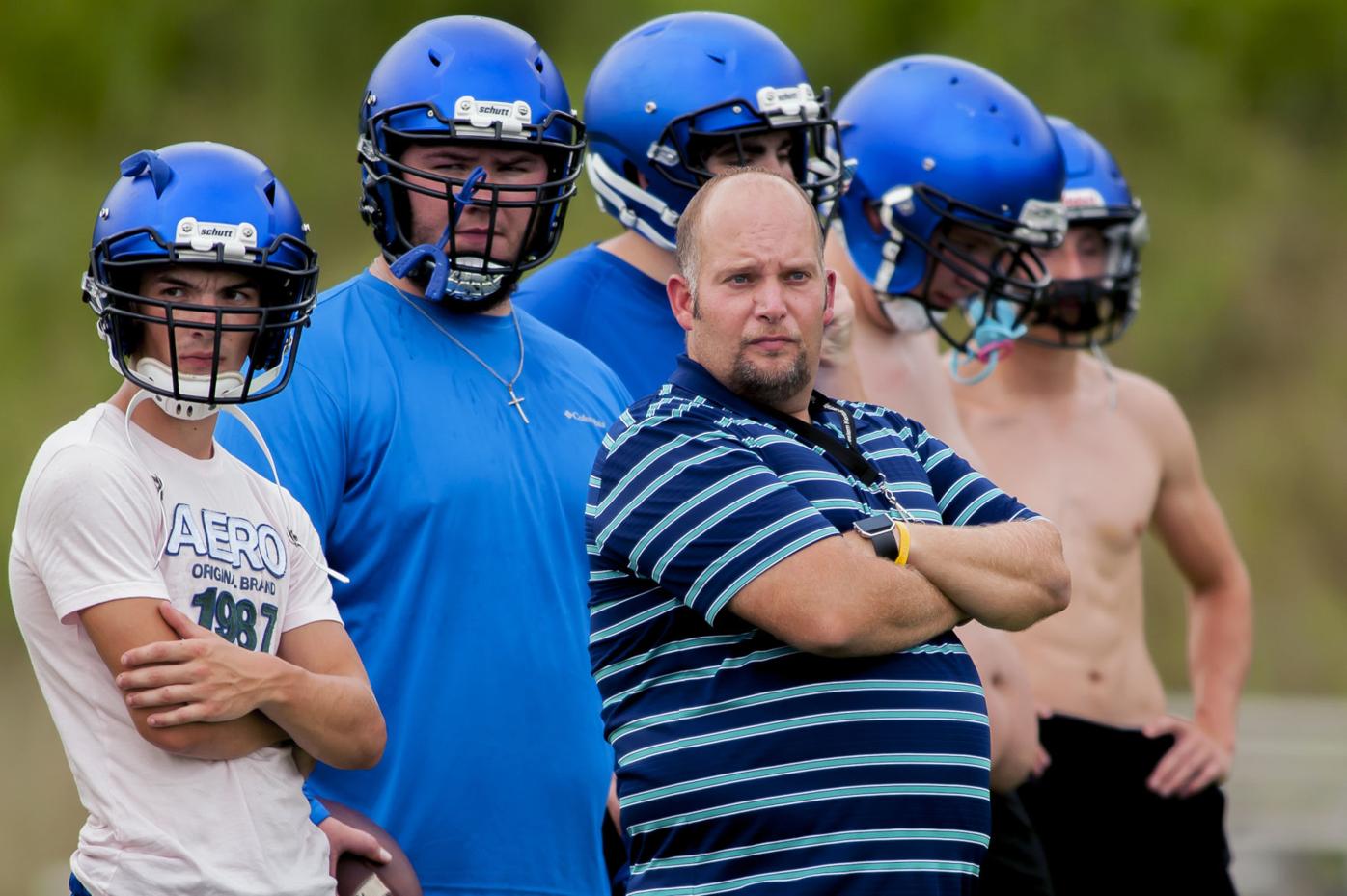 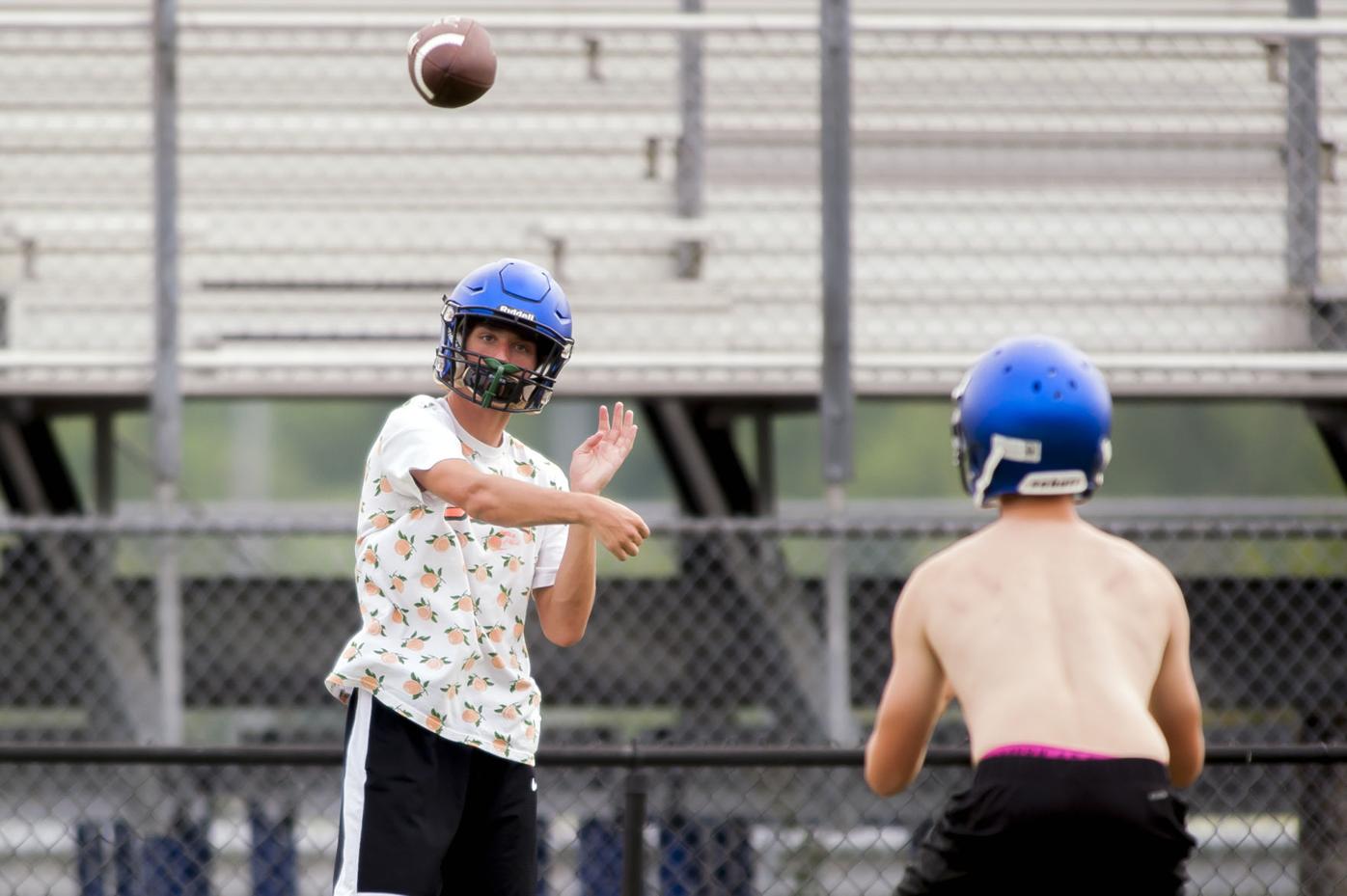 The Bears have won just one game the last three seasons, but with nearly the entire team returning, hopes are high for better results in 2020.

“We just want to be more competitive this year. We’re building toward something a lot better,” Butler County coach Brandon Embry said in a phone interview with the Daily News. “We’re getting back closer to what we were used to here. We had a long stretch of a lot of winning seasons, and we’re starting to build the depth back to what we’ve had in the past and we’re looking to get things turned around.”

The Bears only had three seniors on last year’s roster, and bring back a group led by quarterback Jagger Henderson. He threw for over 1,600 yards last season and also led the team in rushing.

Butler County’s only win in the last three seasons came last year against Russellville – a team it will meet again after opening the season with games against Logan County and Edmonson County. The Bears will follow with Hart County, before opening district play against defending Class 2A, District 2 champion McLean County. With a solid core coming back, Embry is hopeful to see more success in a district he believes will be competitive again this year.

“We do bring back pretty much the entire team. ... We’ve got a good group of freshmen coming in, so our numbers are going to be up compared to what they’ve been the last three years,” Embry said. “We’ve got more depth and we’re actually dressing a varsity team, whereas the last couple we’ve played a lot of freshmen and sophomores and that’s hard to compete with, really.”

Here’s a look at the Butler County’s 2020 football schedule:

The Cougars have faced the Bears in every season opener since 2011. Logan County has won three straight games in the series after snapping a nine-game losing streak to Butler County.

Henderson threw for 274 yards and two touchdowns on 13-of-27 passing in the game, with junior Bryar Beasley accounting for 179 yards and both scores on five receptions. Sophomore Solomon Flener had five receptions for 85 yards.

Edmonson County’s only nondistrict win last season came against Butler County, 54-12. It was the Wildcats’ third straight win over the Bears after Butler County had won five straight in the series. The Wildcats finished the year 6-7 and were the Class 2A, District 3 champions.

The Bears had 179 yards rushing in the game, led by 122 on 20 carries from senior Ethan Lawrence, and Henderson had 76 yards on 8-of-26 passing, with a touchdown and an interception.

Butler County’s only win last season came in Week 4 at Rhea Stadium, 20-15. The Panthers had won 11 straight games in the series dating back to 1998 before the loss, which also ended the Bears’ 23-game skid.

The Panthers, who finished 4-8, put up their first points of the season in last year’s game. Russellville had 101 yards passing from Lennon Ries and 140 team rushing yards, led by Javori Gamble’s 62. Ries and Gamble will both be juniors in the fall for a Russellville team that returns the bulk of its lineup.

Henderson had 145 yards and two touchdowns – one to Flener and one to Beasley – on 9-of-14 passing.

The Raiders won three of their first four games last year – the last of which came against the Bears, 47-34 – but finished 3-7. Last year’s meeting was the first since 2010, and Butler County doesn’t have a win in the series since 2009.

The 34 points were the most Butler County scored in a single game since Sept. 15, 2017, when they had 34 in a loss at Muhlenberg County. Henderson completed 19-of-38 passes for 249 yards and three touchdowns – two to Flener and one to sophomore Brody Hunt – and added 54 yards and two scores on nine carries. He threw two interceptions in the loss.

Hart County did most of its damage on the ground, rushing for 490 yards. Jordan Bradley had 207 and four touchdowns, Julian Barbour had 132 yards and a touchdown and Dustin Butler had 120 yards. None of the three were seniors.

The Cougars are the defending Class 2A, District 2 champions after upsetting Owensboro Catholic 37-36 in a second-round playoff game. McLean County, which went 8-5 last year, has won three straight meetings with Butler County, after the Bears had won 13 straight dating back to 1998.

Henderson threw for 137 yards and a touchdown on 10-of-23 passing, but had three interceptions. The Bears rushed for 122 yards, but allowed 533 yards rushing. Quarterback Peyton Caraway had 185 and a touchdown, Andrew Muster had 154 yards and three touchdowns and Connor Baldwin had 107 yards. Matthew Miller ran in three touchdowns. Caraway was the only senior in that group.

The Hornets have won three straight meetings with Butler County after the Bears took four straight. Hancock County won 37-8 last year and finished with a 3-8 record. All three passes Cole Dixon attempted fell incomplete, but the Hornets had 263 yards rushing, with 160 and three touchdowns coming from Xander Early. Dixon and Early were both freshmen last year.

Butler County was held to 49 yards rushing, while Henderson threw for 151 yards on 13-of-25 passing, with two interceptions.

The Rebels have won three straight meetings with the Bears after dropping 12 straight in the series dating back to 1998. Todd County Central started 5-0 last season and made it to No. 9 in the Class 2A AP poll, before finishing 6-5.

In last season’s 44-6 win over Butler County – the Rebels’ only win over a district opponent – Todd County Central didn’t attempt a pass, and instead ran for 421 yards and six scores, with 207 yards and four touchdowns coming from senior JaTwan Graham. Quarterback Bryce Nolan, who had 1,037 yards and 12 touchdowns last year, was also a senior.

The Rebels held Henderson under 100 yards passing, and the Bears had 136 yards on the ground in the loss.

Butler County steps out of district play to face a Russell County team that returns plenty of talent, including quarterback Gavin Gossage, plus Dylan Bland and Collin Darnell – the top three rushers on a 6-5 team.

The Aces have won 13 straight meetings with Butler County, including a 63-24 decision last year. Owensboro Catholic went 9-3 in 2019 and was ranked sixth in the final Class 2A AP poll. The Bears haven’t beaten Owensboro Catholic since 2004.

The Bears had 100 yards rushing in last year’s loss, led by 70 and two touchdowns from Henderson. The quarterback also had 142 yards and a touchdown on 14-of-26 passing.

The Eagles have won the last three meetings. Ohio County’s 20-2 win over the Bears in 2018 was the only win between the two teams that season. The Eagles went 4-6 last season, with a 62-28 victory against Butler County in the final game for both teams.

Benjamin Batts had 264 yards and four touchdowns on 15-of-30 passing, with each touchdown pass going to a different receiver, and the Eagles had 216 yards rushing, led by 109 and a touchdown on 13 carries from Ethan Maddox. Batts and Maddox were both seniors.

Henderson had 106 yards and three touchdowns on 13-of-27 passing and added 96 yards and a score with his legs, but he was picked off four times by Ohio County.