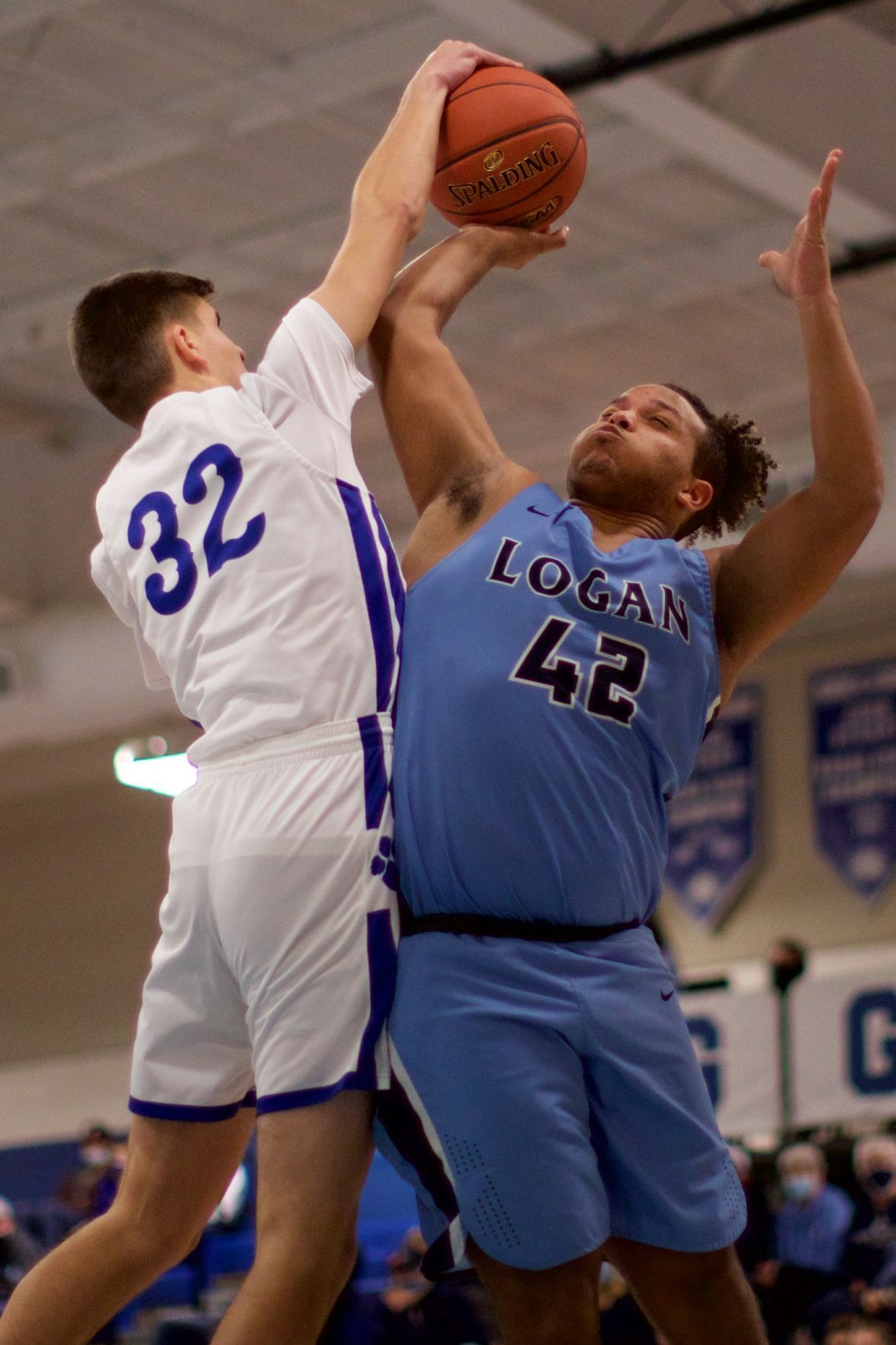 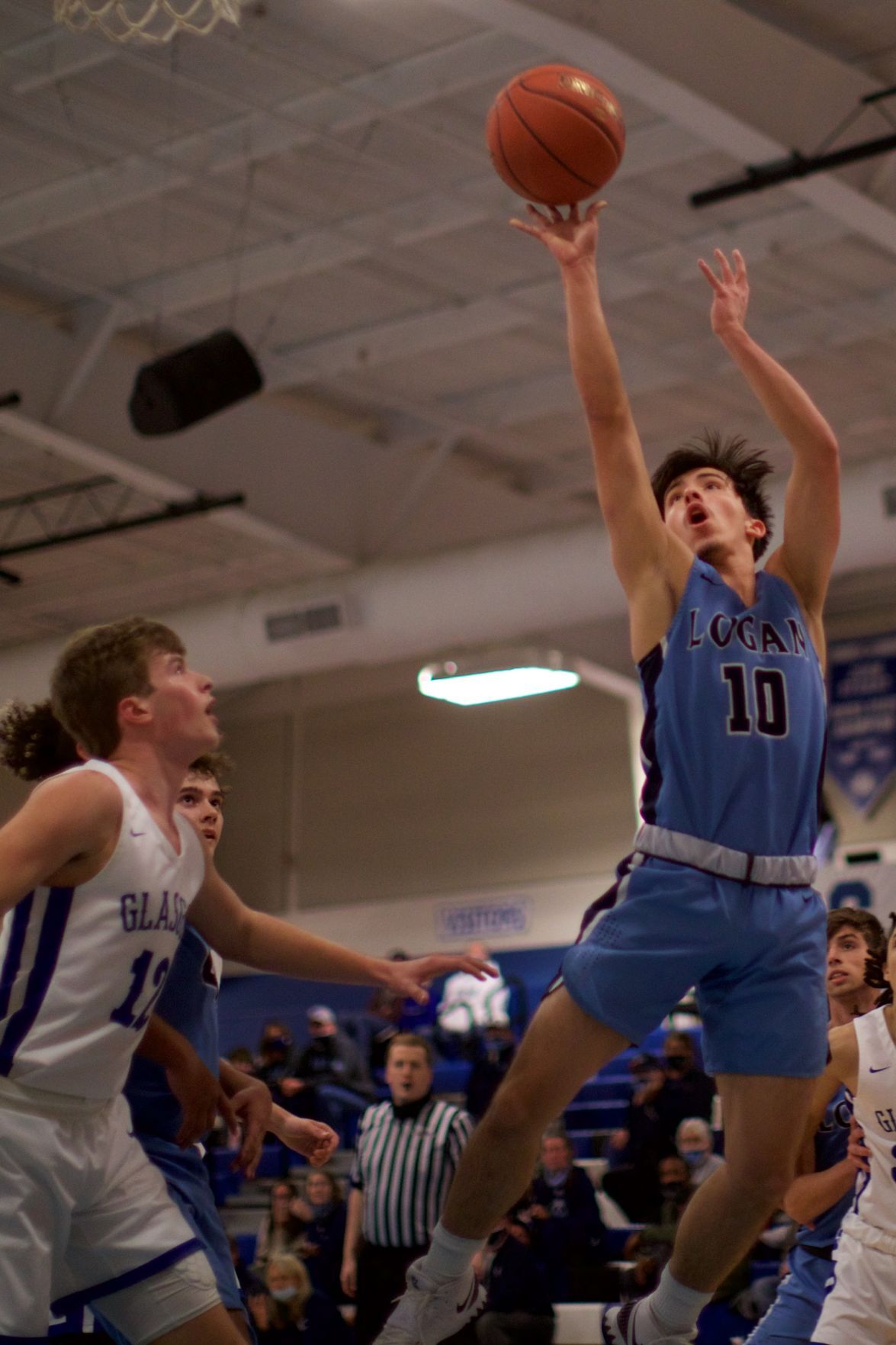 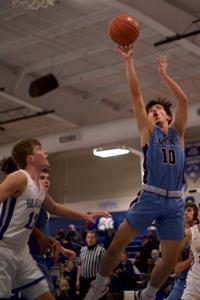 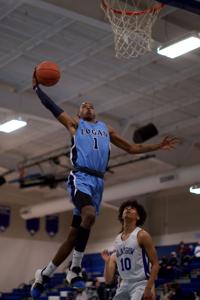 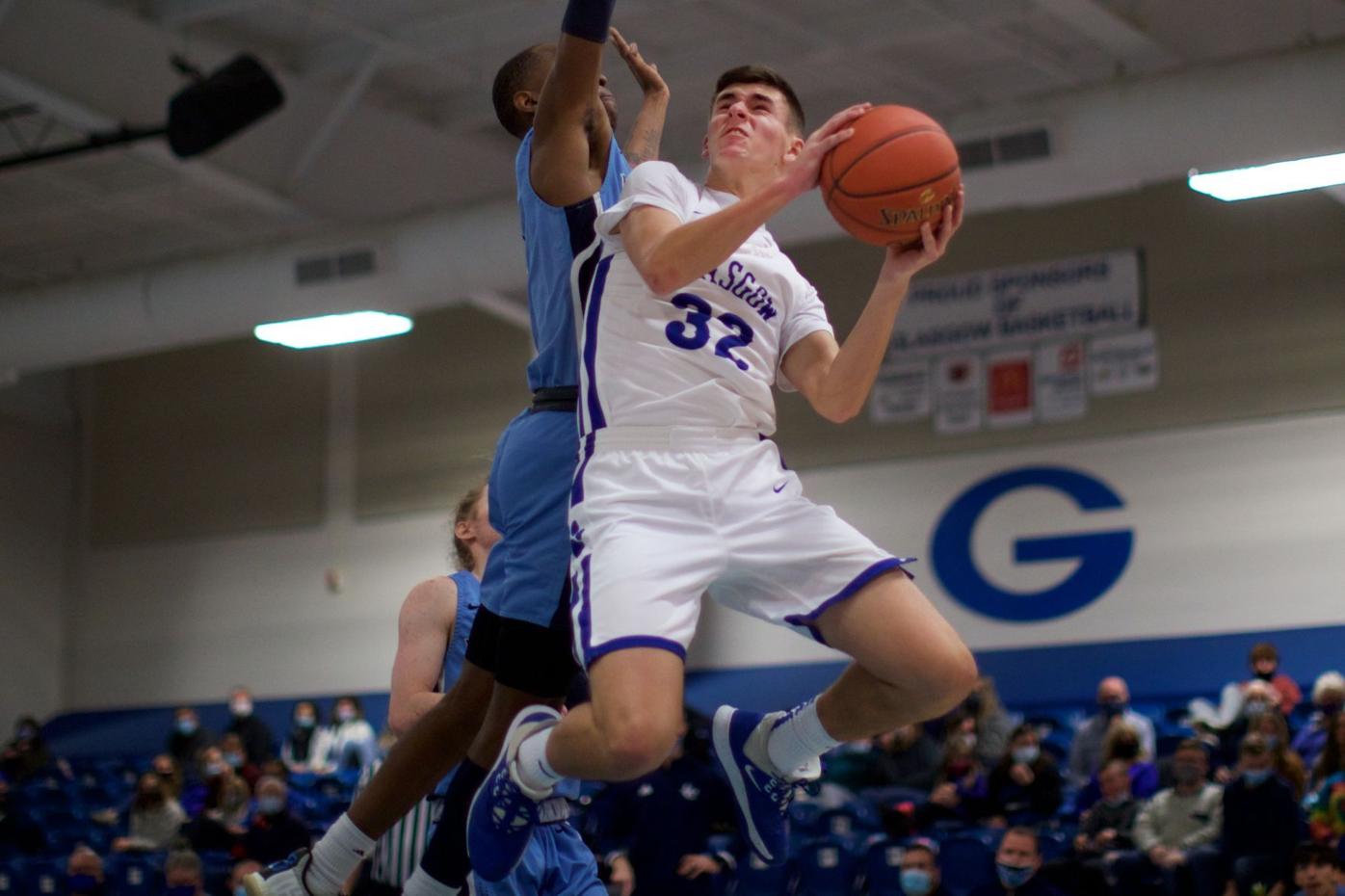 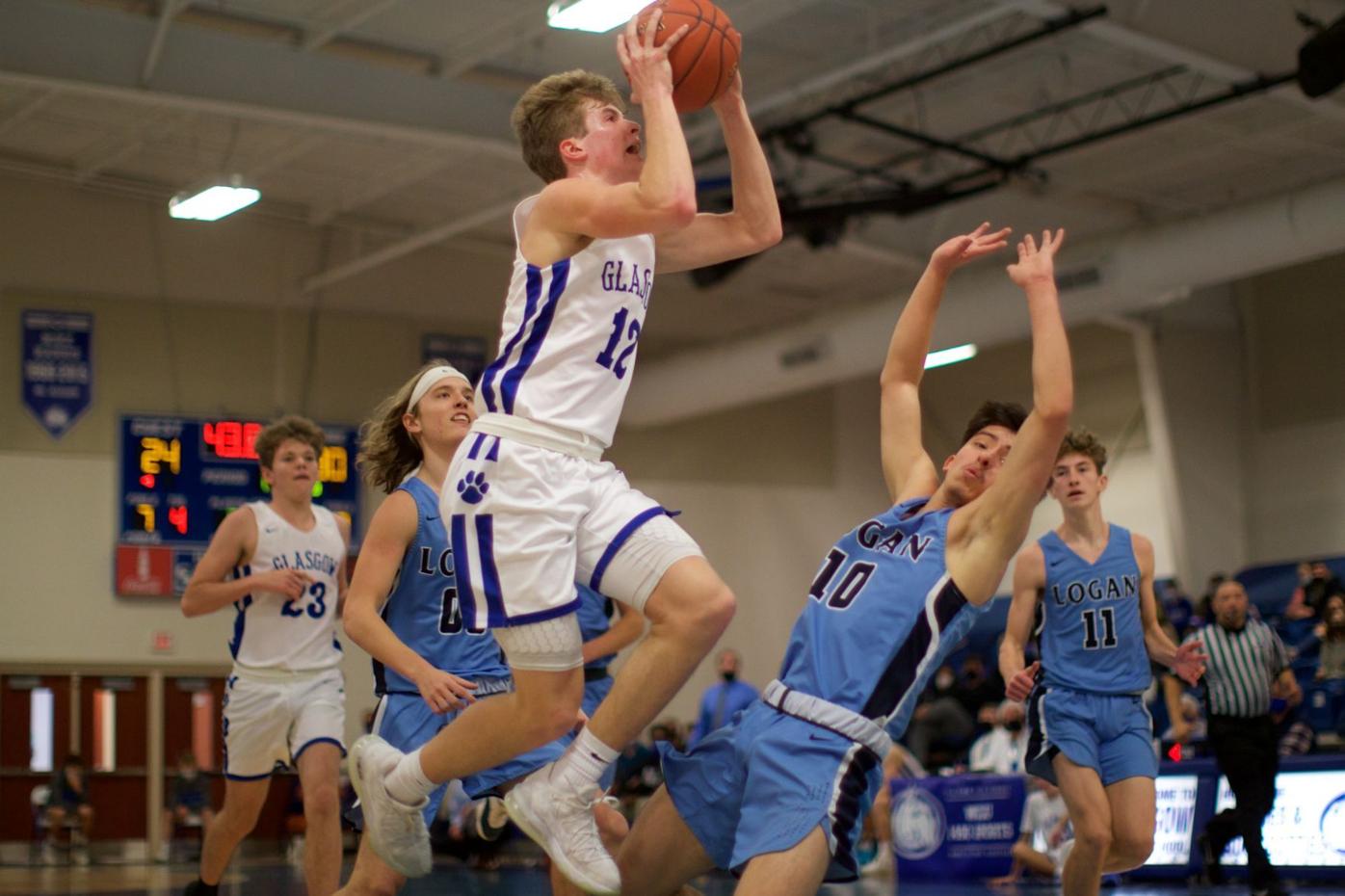 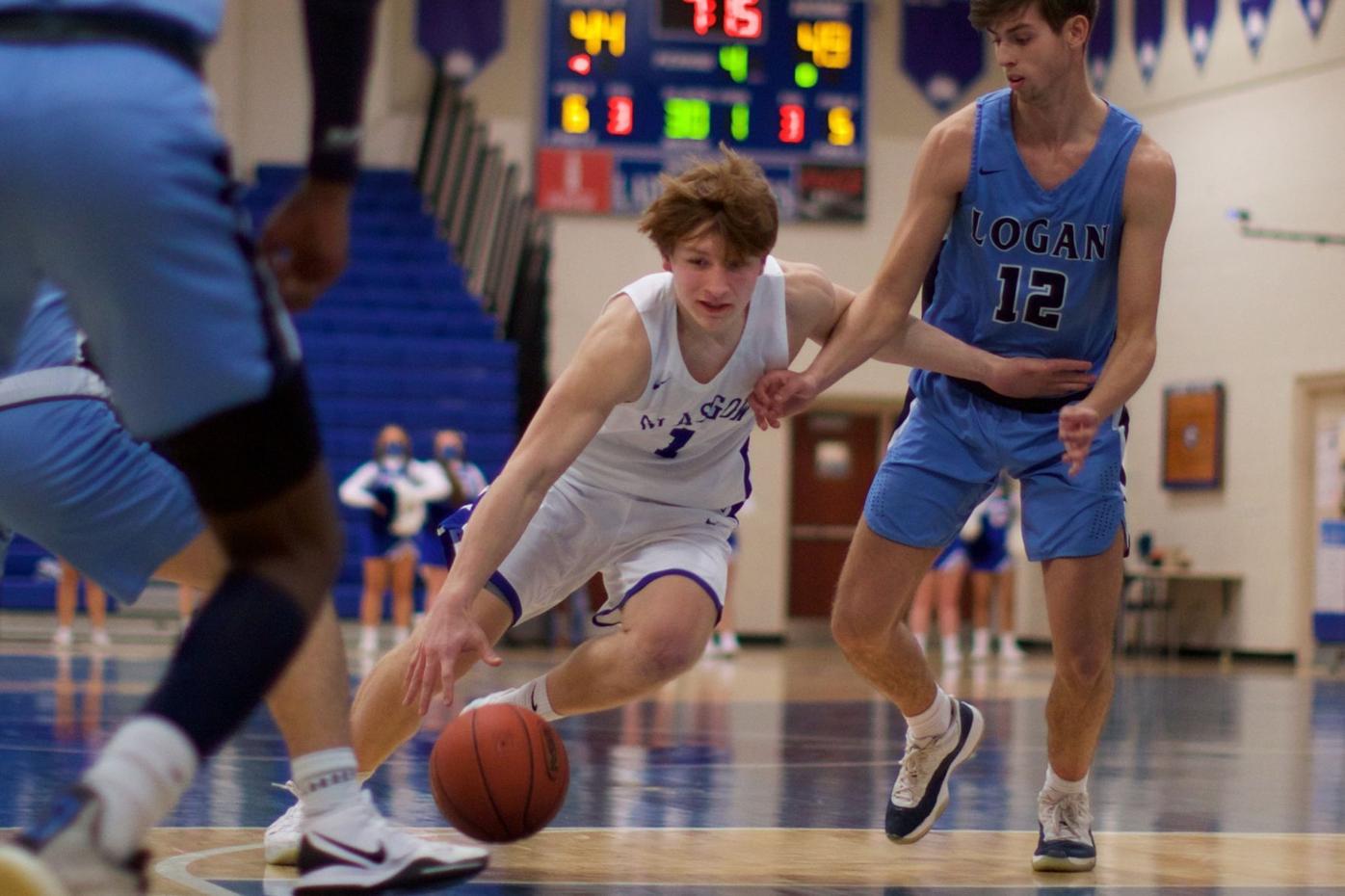 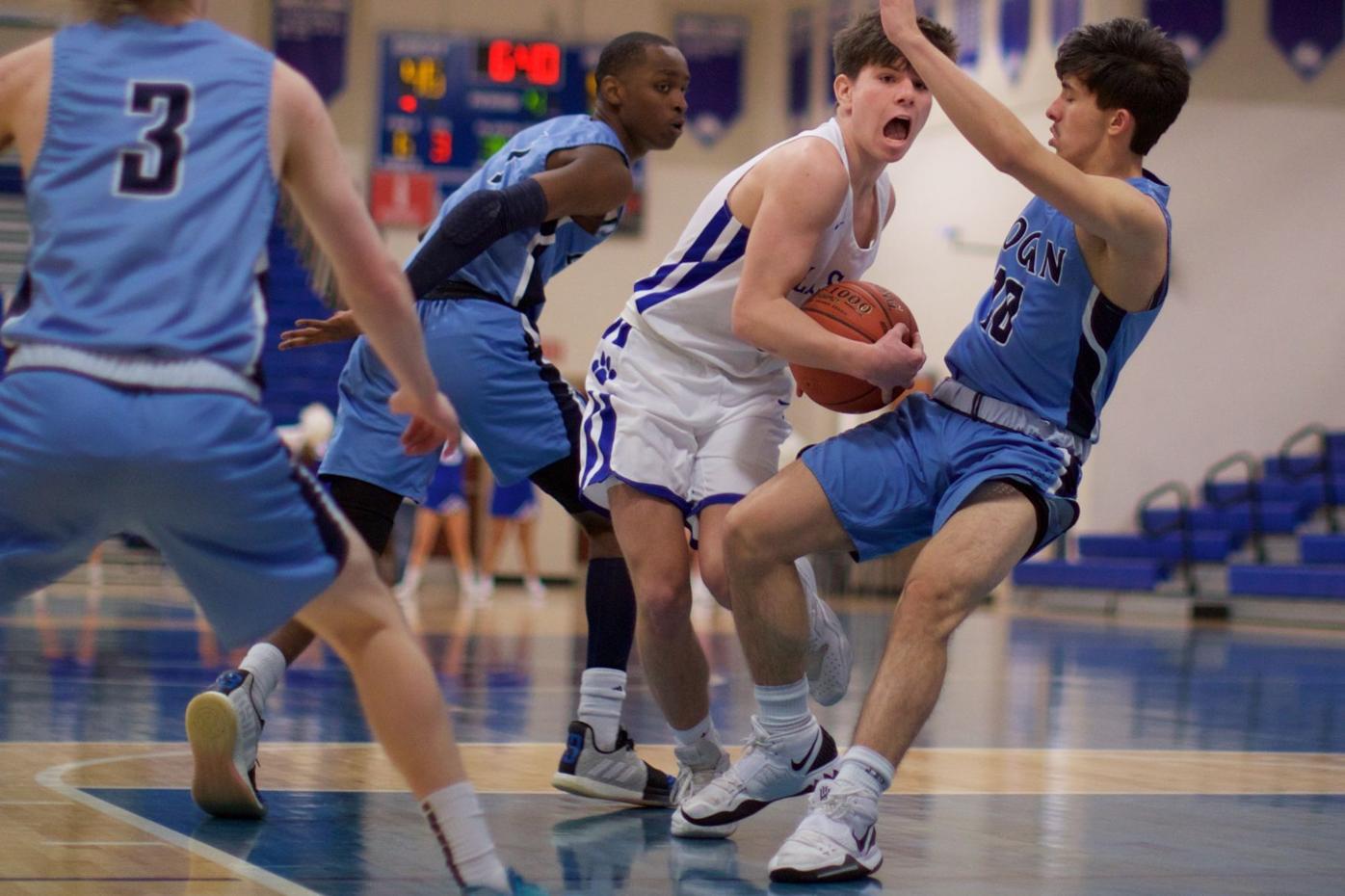 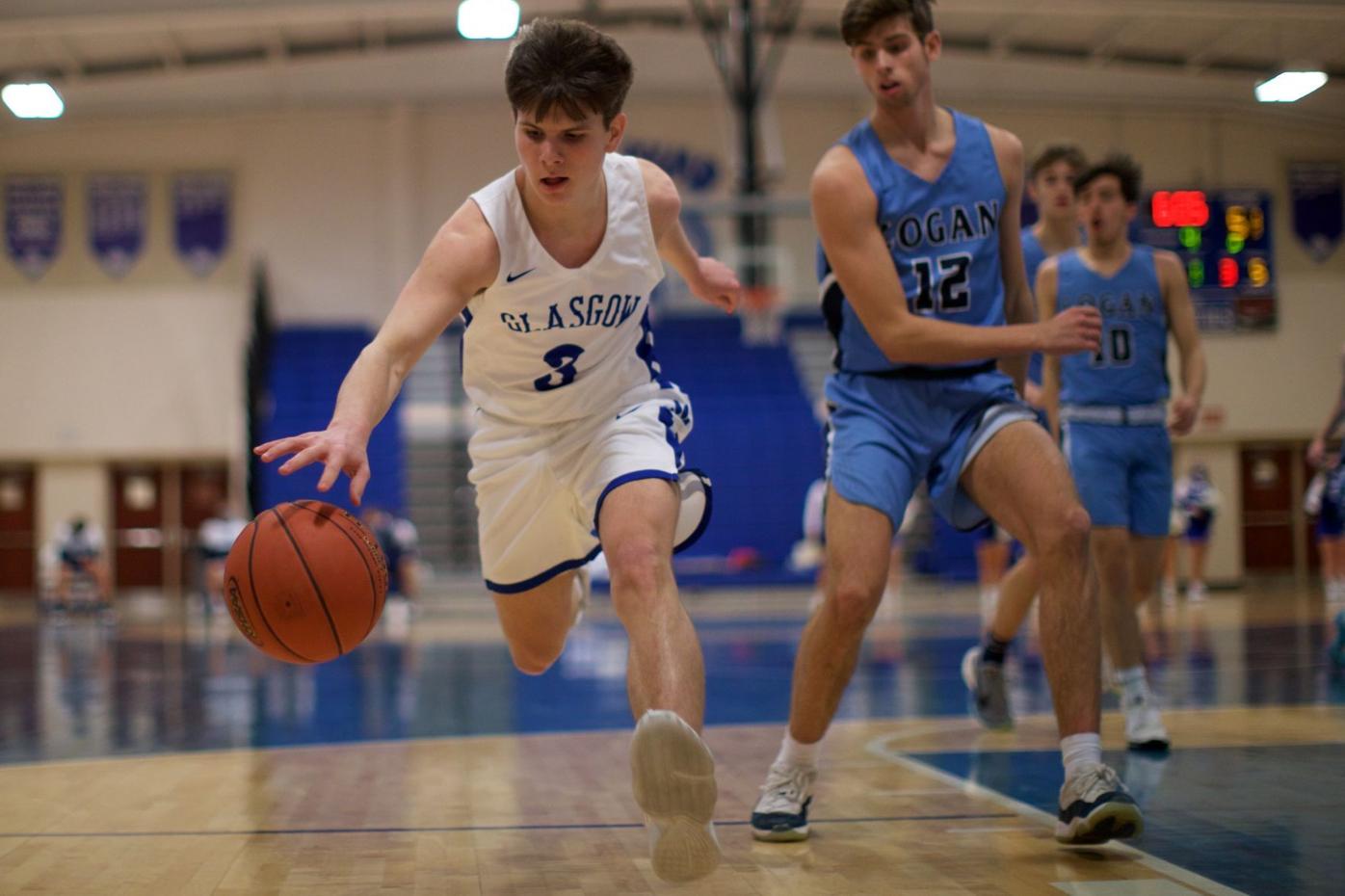 GLASGOW – The reinforcements didn’t arrive a minute too soon for Glasgow on Saturday.

The Scotties welcomed back senior forward Ethan Harlow – who had missed the entire season with a hand injury – plus got the return of junior guard Brennan Short after a few weeks out with injury. Both played significant roles in Glasgow’s 76-73 overtime win over Logan County.

Harlow tallied 12 points in his first action of the season, while Short also hit double-digit scoring with 12 points as the Scotties ended a two-game slide with the win.

Harlow had been sidelined since before Christmas after breaking his hand in practice.

“It was kind of a freak injury, but we’ve become accustomed to that here at Glasgow High School the last few years,” Scotties coach James Willett said. “I’m just glad he wasn’t out for the season and got an opportunity to get in there and do something in these last few weeks.”

Glasgow (8-8) had to withstand a determined rally by the Cougars. Down eight points at halftime after the Scotties outscored them 19-9 in the second quarter, Logan County started chipping away at the lead. By the end of the third, it was a four-point lead for Glasgow at 47-43.

Back-to-back 3-pointers by the Cougars’ Zak Delrosal and Landon Larson, followed by an offensive putback from Anthony Woodard erased a six-point deficit and put Logan County (1-7) up 58-56 with 2:37 to go.

Another trey by Logan’s Blake Wood stretched the lead to five at 61-56, but Glasgow wouldn’t let the Cougars pull away. Most of the Scotties’ damage came at the free-throw line in the fourth, where they hit 9-of-12.

Trailing by four at 68-64 with 34 seconds left in regulation, the Scotties tied it with 10 seconds left on Jackson Poland’s two made free throws after he had scored on a layup.

Logan County’s try for the win on a 3-point shot rimmed out, and in overtime Glasgow found a bit more offense.

Larson opened the scoring with a pair of free throws for Logan, Short followed with a 3-pointer for the Scotties and the Cougars’ Chance Sweeney matched it to put his team up 73-71.

Poland then slipped through the lane for a game-tying basket, and the Scotties grabbed the lead for good when Harlow darted across the baseline for a backdoor cut basket with 1:49 to go.

Sam Bowling (team-high 23 points) sank one of two free throws to push the lead to three.

Logan County got two shots at the tie from 3-point range, but couldn’t connect.

“We just played our game (and) just made sure to keep our heads up there toward the end because we were down,” said Bowling, who was 14-of-17 at the free-throw line. “We just kept fighting and once it got into overtime, we wanted to push the lead out. That’s what we did and we held it.”

Woodard, who fouled out with 10 seconds left in regulation, finished with a double-double after tallying game highs of 25 points and 11 rebounds.

“He’s just a one-man show,” Willett said of Woodard. “Good ball-handler, good rebounder, good shooter – he’s just tough. When he’s on the floor, you have to know where he is on both sides of the ball.”

Jaden Sells added 12 points and eight rebounds and Wood tallied 11 points for the Cougars, who are at Caverna on Monday.

Poland finished with 22 points to join Bowling, Harlow and Short as double-figure scorers for the Scotties.

Glasgow is set to visit Adair County on Tuesday.

Glasgow senior Anzley Adwell’s return to the court after missing a few weeks due to a non-COVID-19-related illness paid off for the Lady Scotties on Saturday.

Adwell, a Bellarmine signee, had a modest offensive night by her standards with 10 points. But her presence on the defensive end, along with forward Janae Bradley, created a handful of blocks and plenty of altered shots in the lane.

“I guess my adrenaline really kept me going,” Adwell said. “I wasn’t really out of breath. I was just really excited to be out there again.”

Logan County (1-16) rarely resembled a one-win team on Saturday, except for a damaging four-minute stretch to open the game. Glasgow jumped out to an 11-0 lead before the Lady Cougars pulled it together.

From there, they played more than even with the Lady Scotties.

“We’ve got a lot of youth and a lot of inexperience,” Logan County first-year coach Dedra Adler said. “All I care about is that I just continue to see us grow and to get better. And I do think I’m seeing that.

“... We have a tendency to compete for three quarters. I just feel like if we can find that moment where we put four quarters together, then we’ll be fine.”

Down 24-16 at halftime, the Lady Cougars hung around in the third quarter and even trimmed a point off the deficit. Then in the fourth, Logan’s Gracie Borders nearly got her team even by hitting a 3-pointer, converting a layup off a steal and then drilling another trey to cap an 8-1 run that got Logan to within 43-40 with 1:16 to go.

Glasgow (5-7) then committed its ninth turnover of the quarter, giving Logan a chance for the tie. That’s when Adwell stepped in with a big defensive play on the block.

“Her first practice was yesterday – of course, we’ve all been out for a week,” Glasgow coach Craig Pippen said of Adwell. “I wanted to see how she looked yesterday – I wanted to start her for senior night. She looked good enough in practice where I could play her a lot tonight.”

Borders finished with a game-high 17 points for Logan County, which visits Butler County on Monday.

Kaidence Byrd had 13 points to pace the Lady Scotties, who host Metcalfe County on Monday.

Athlete Of The Week