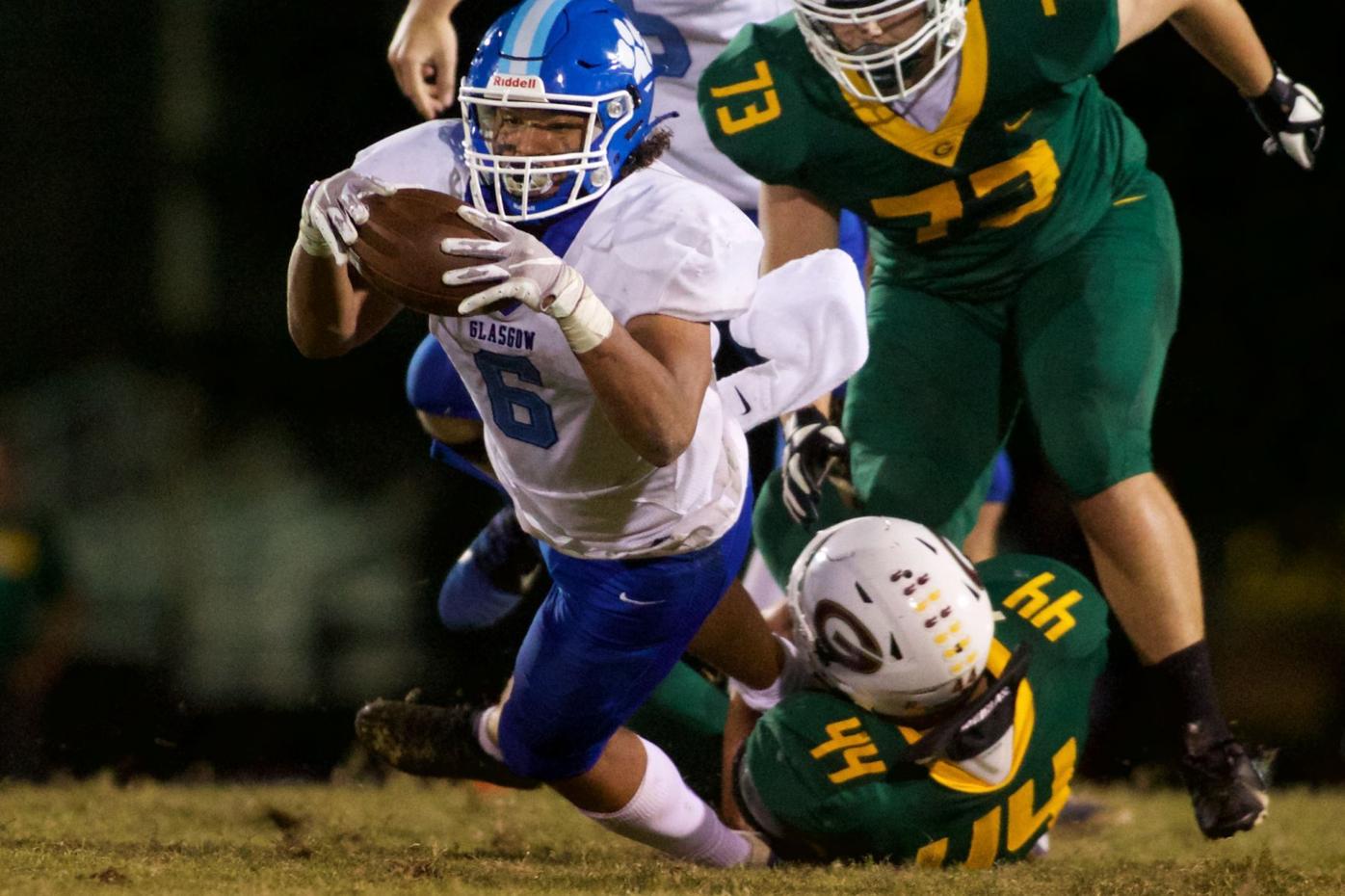 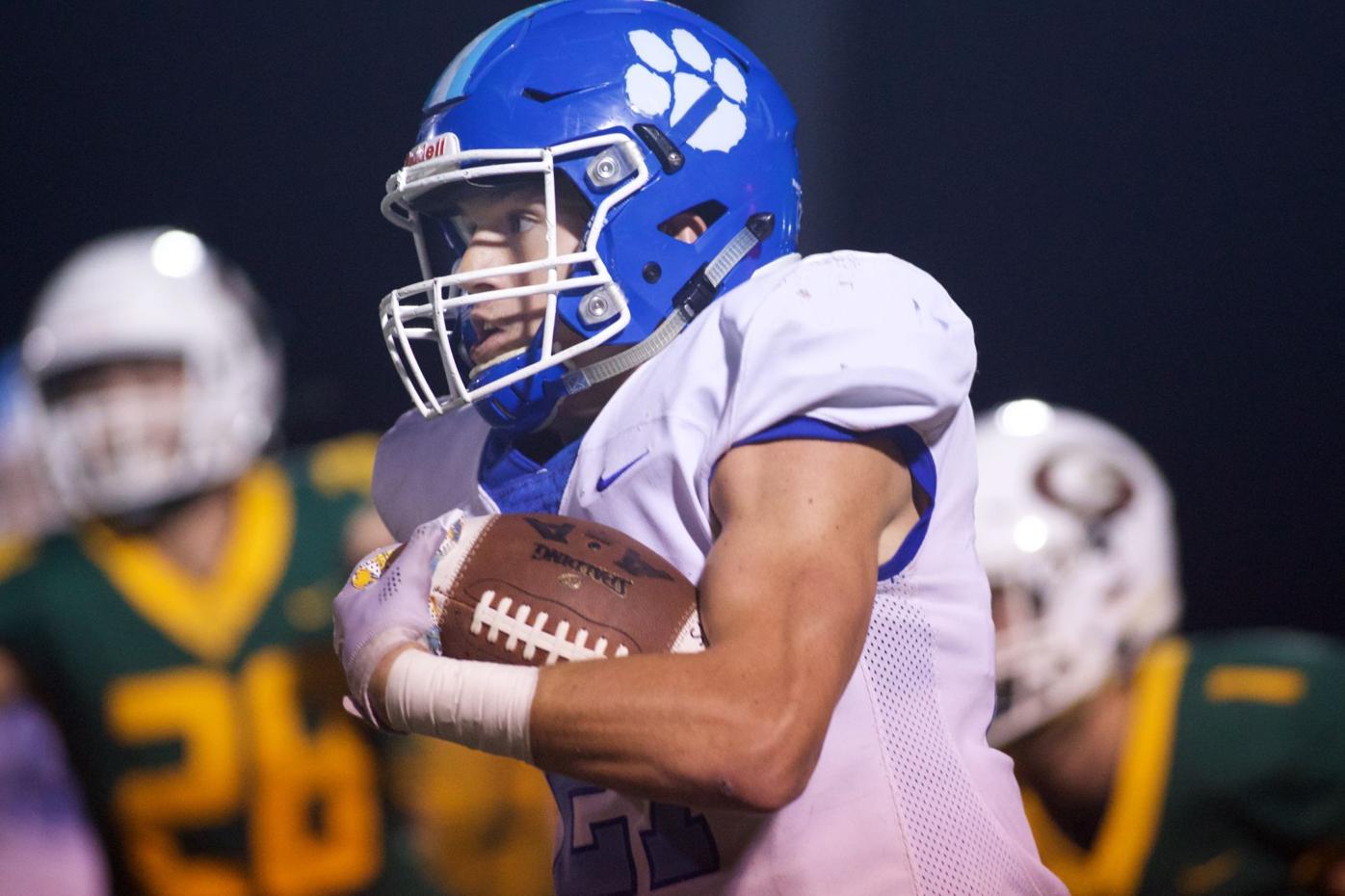 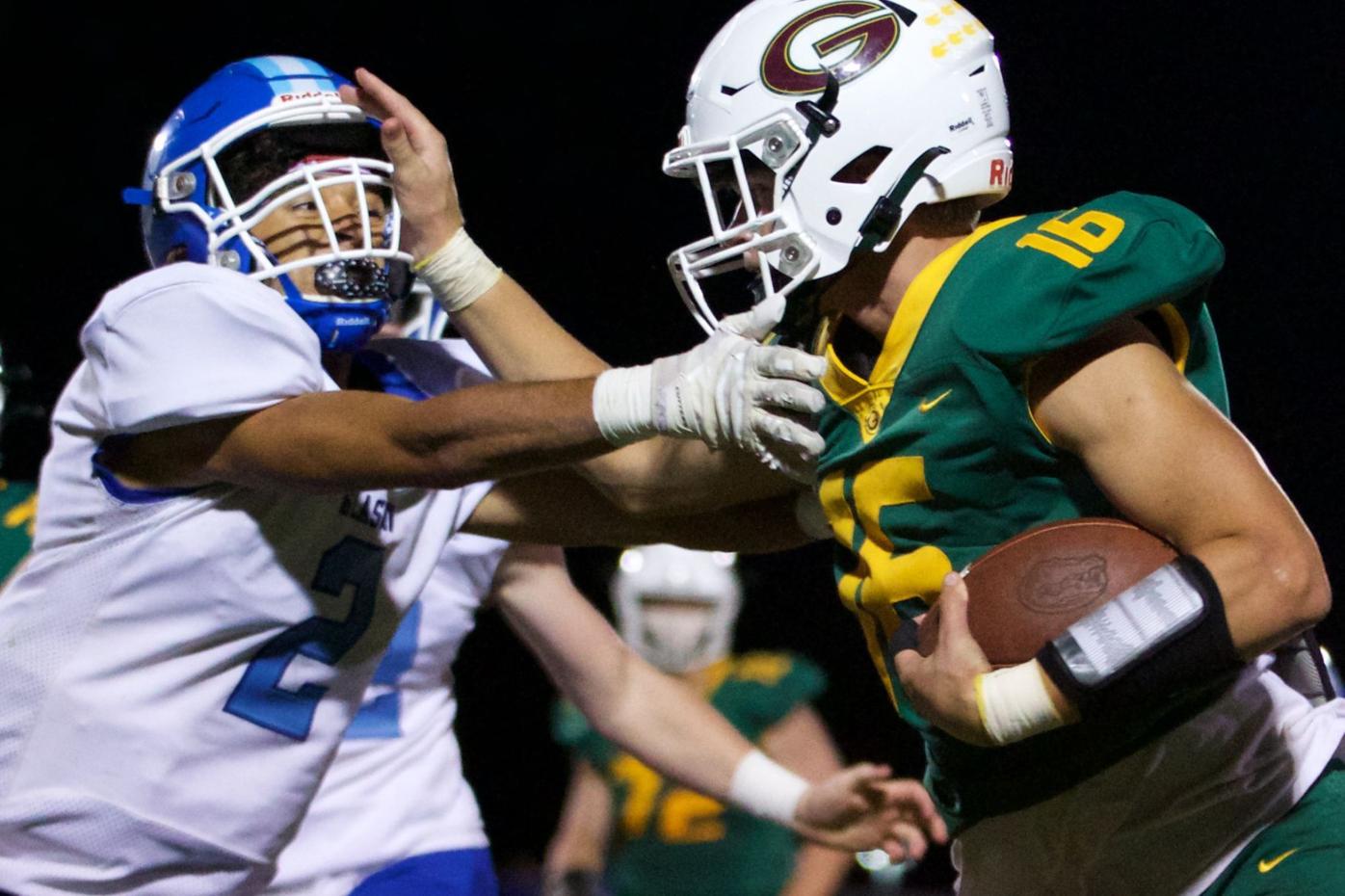 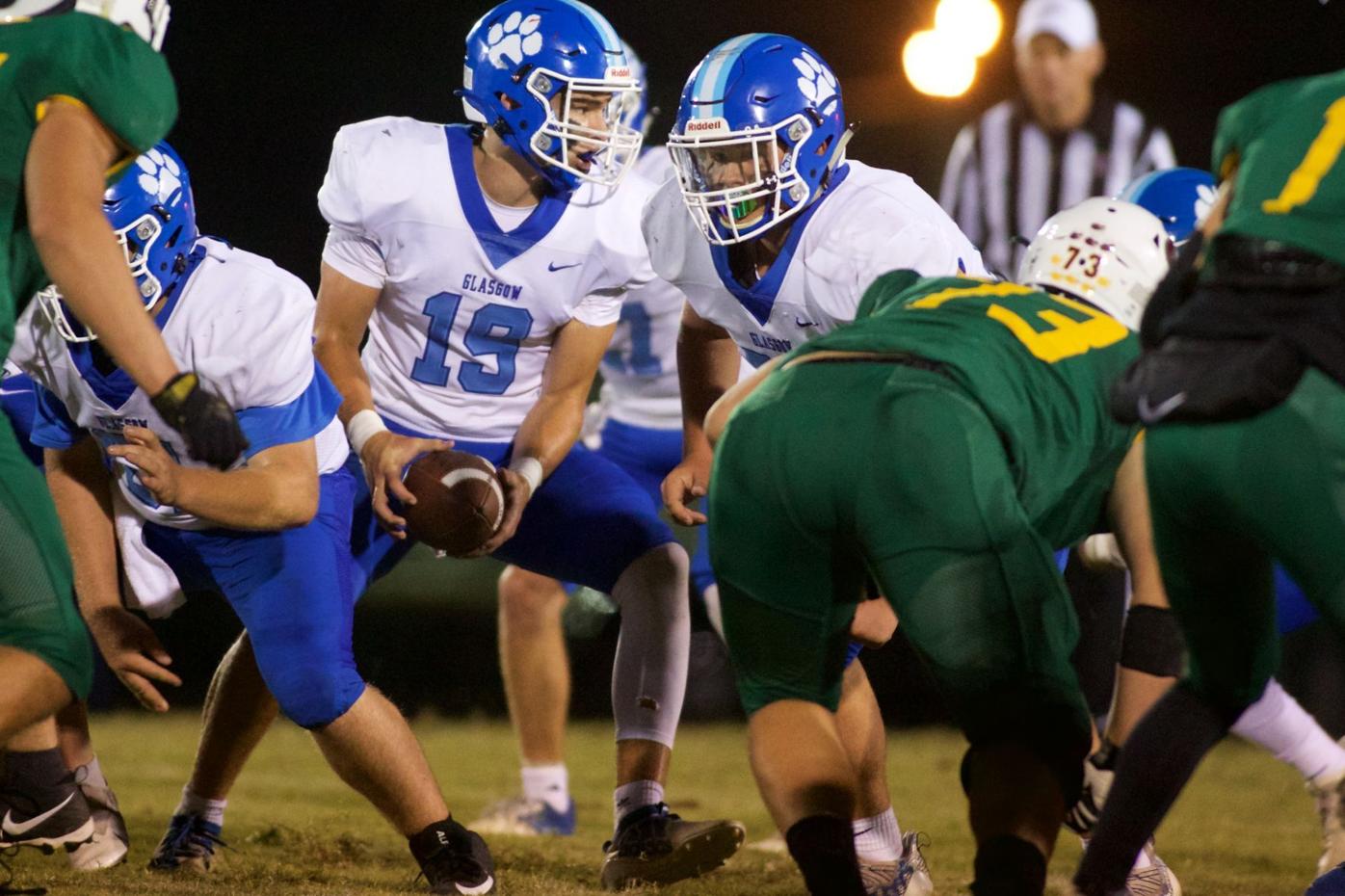 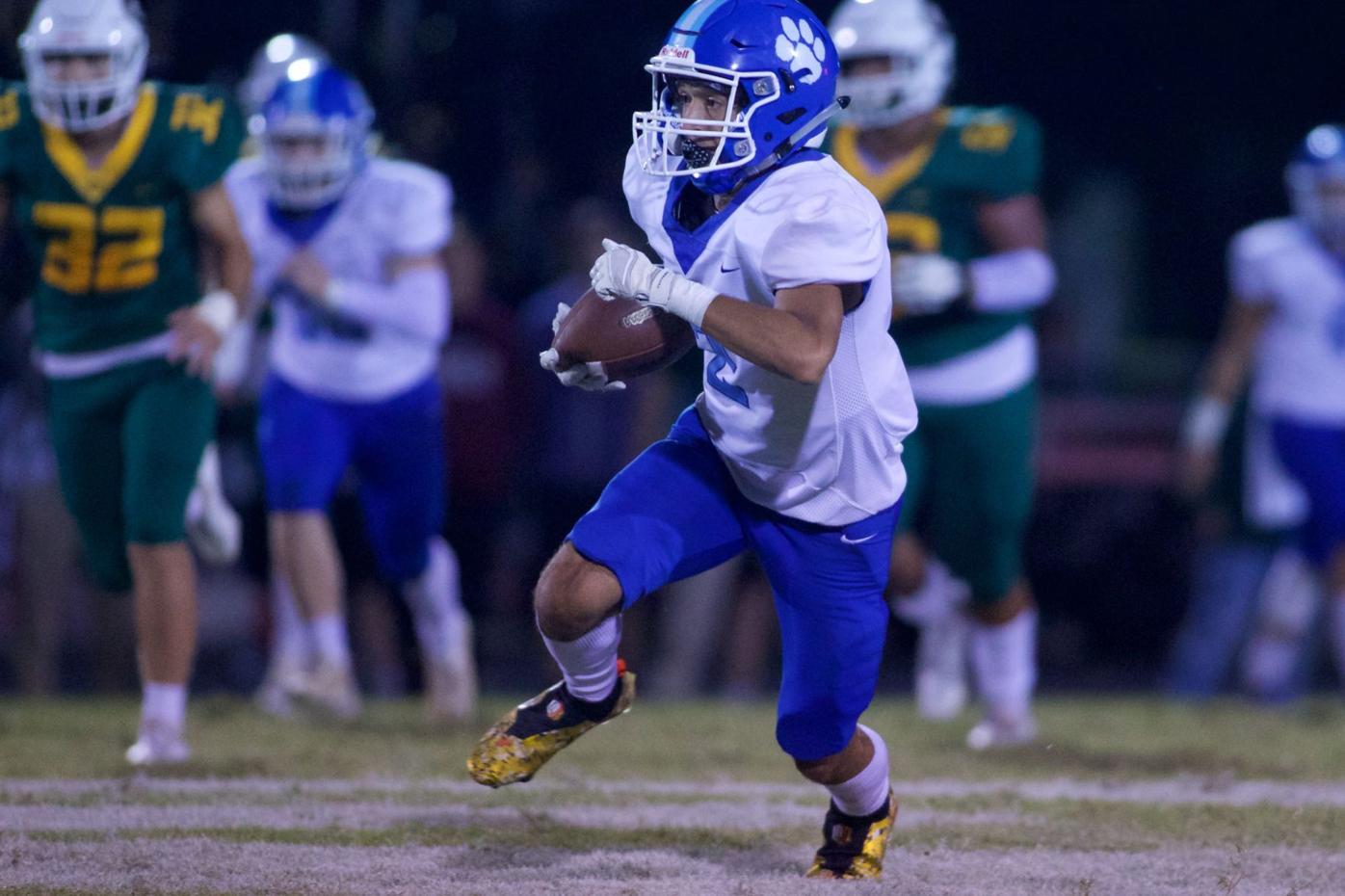 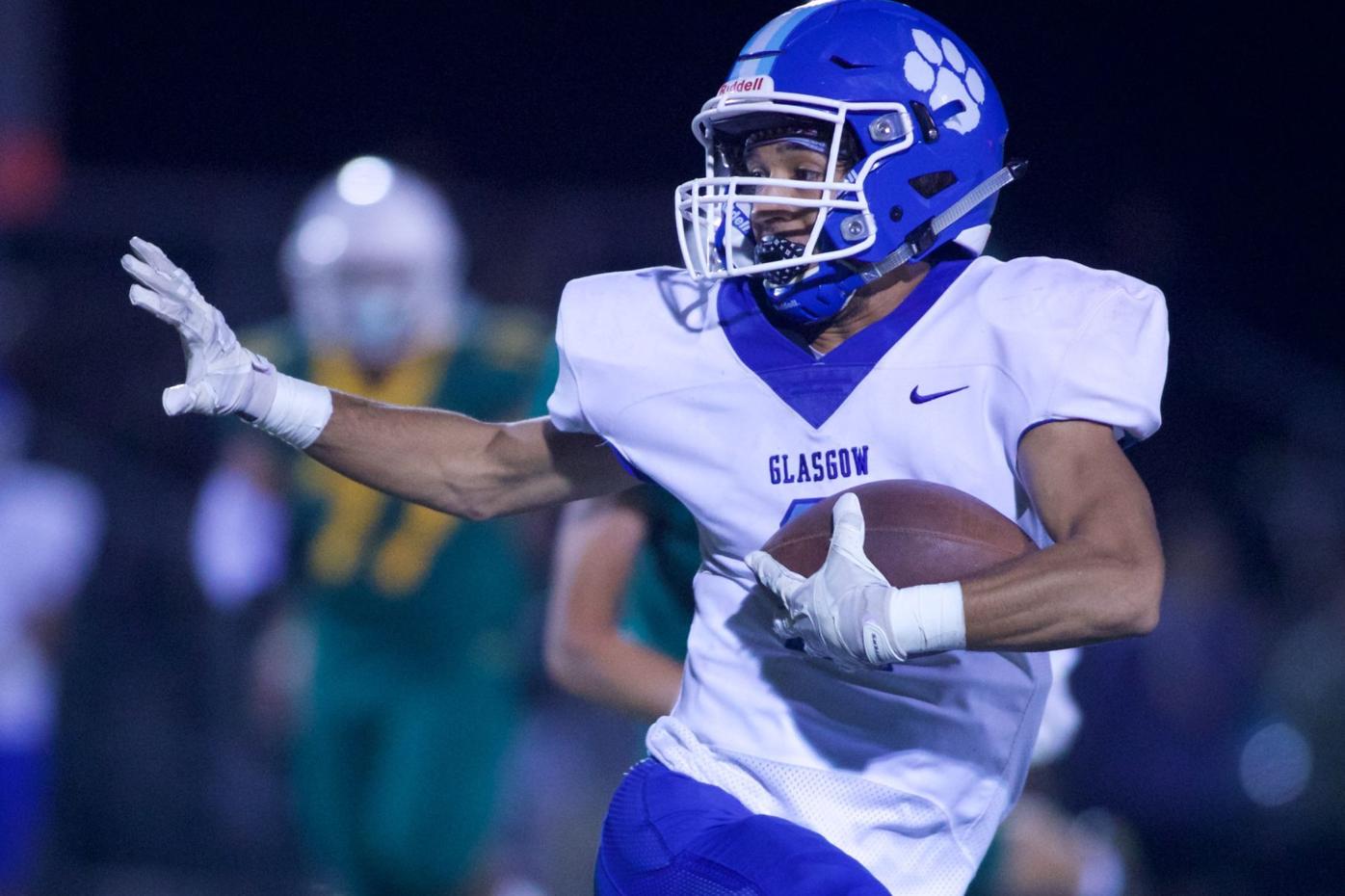 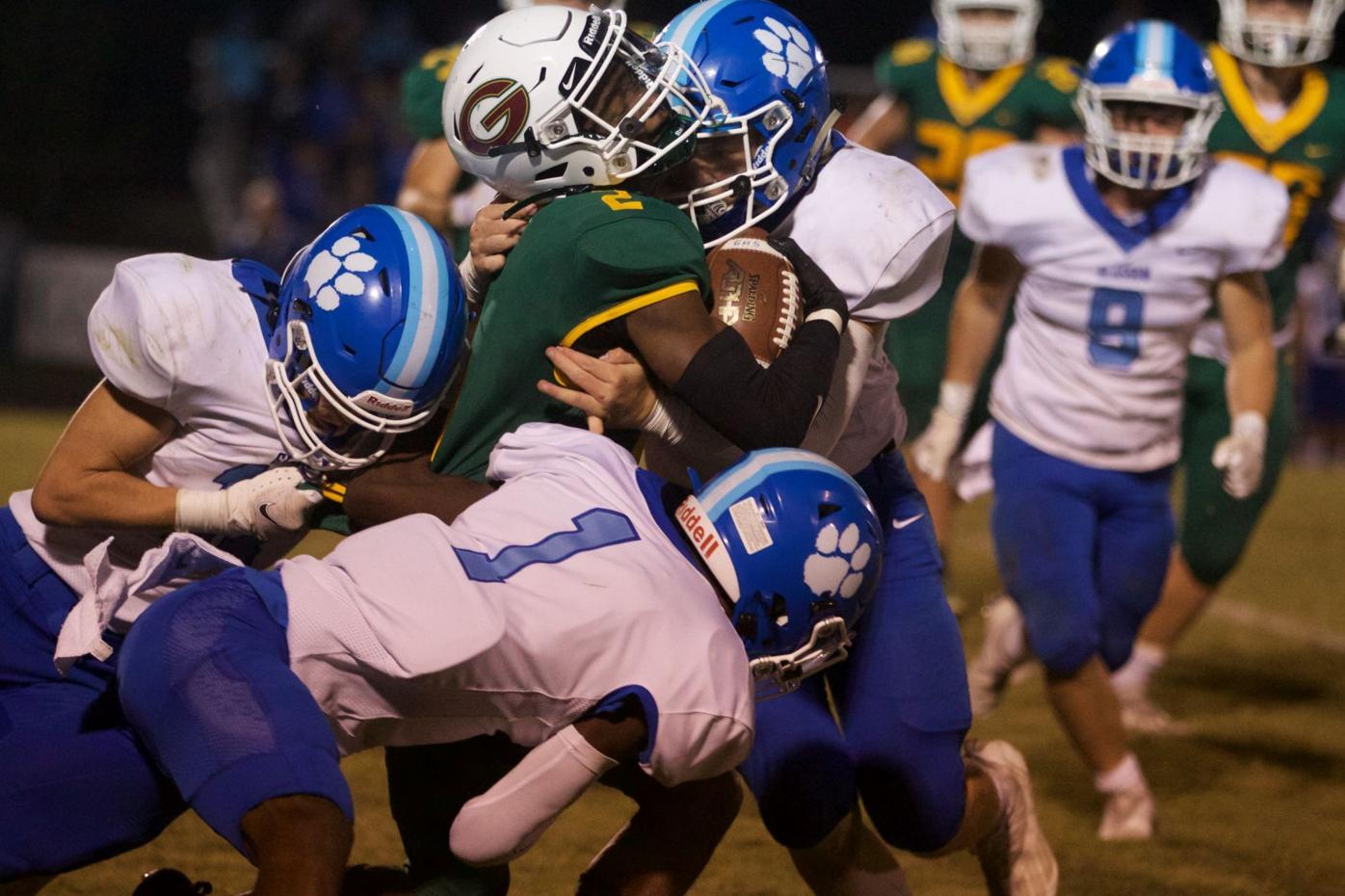 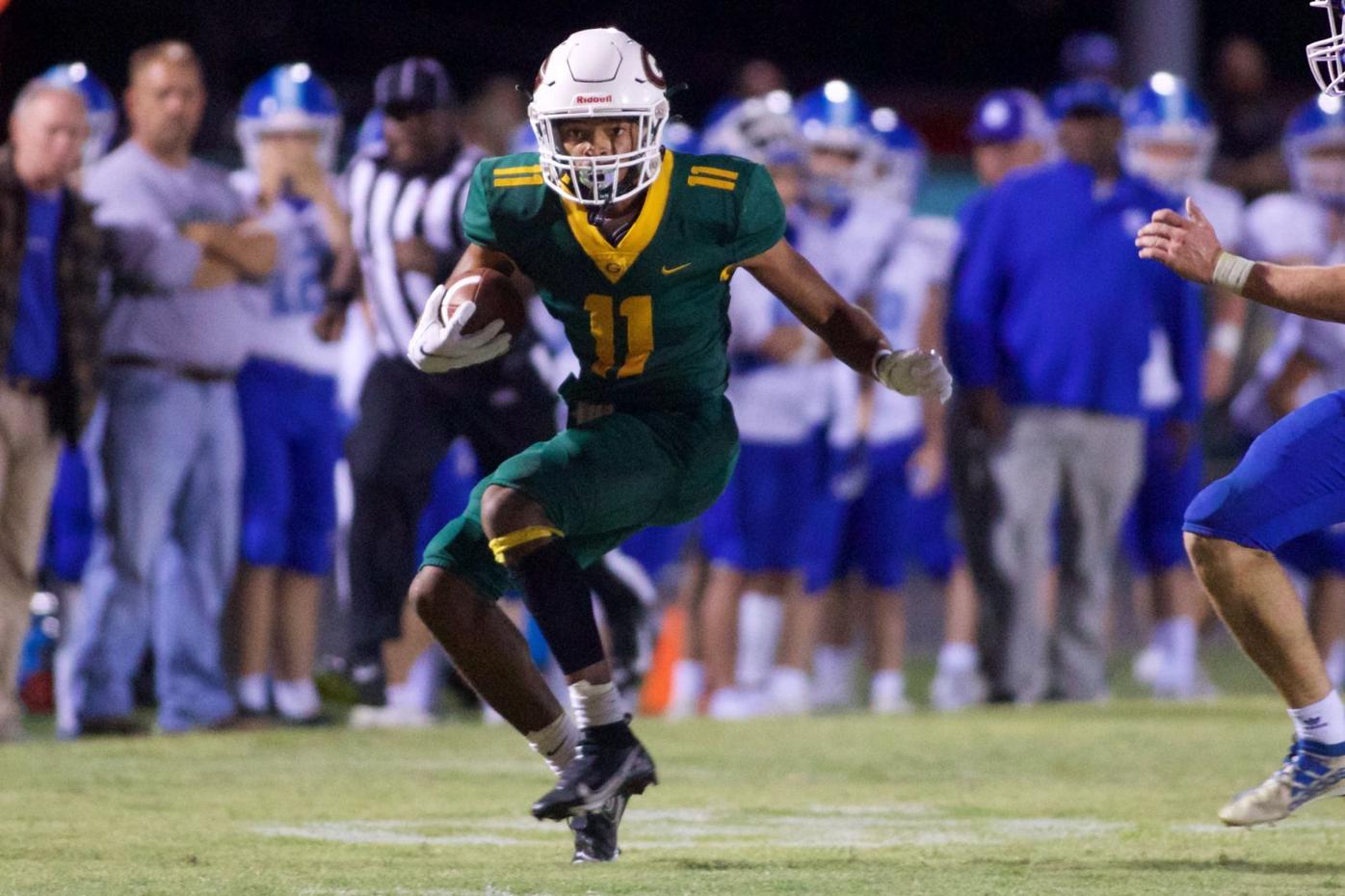 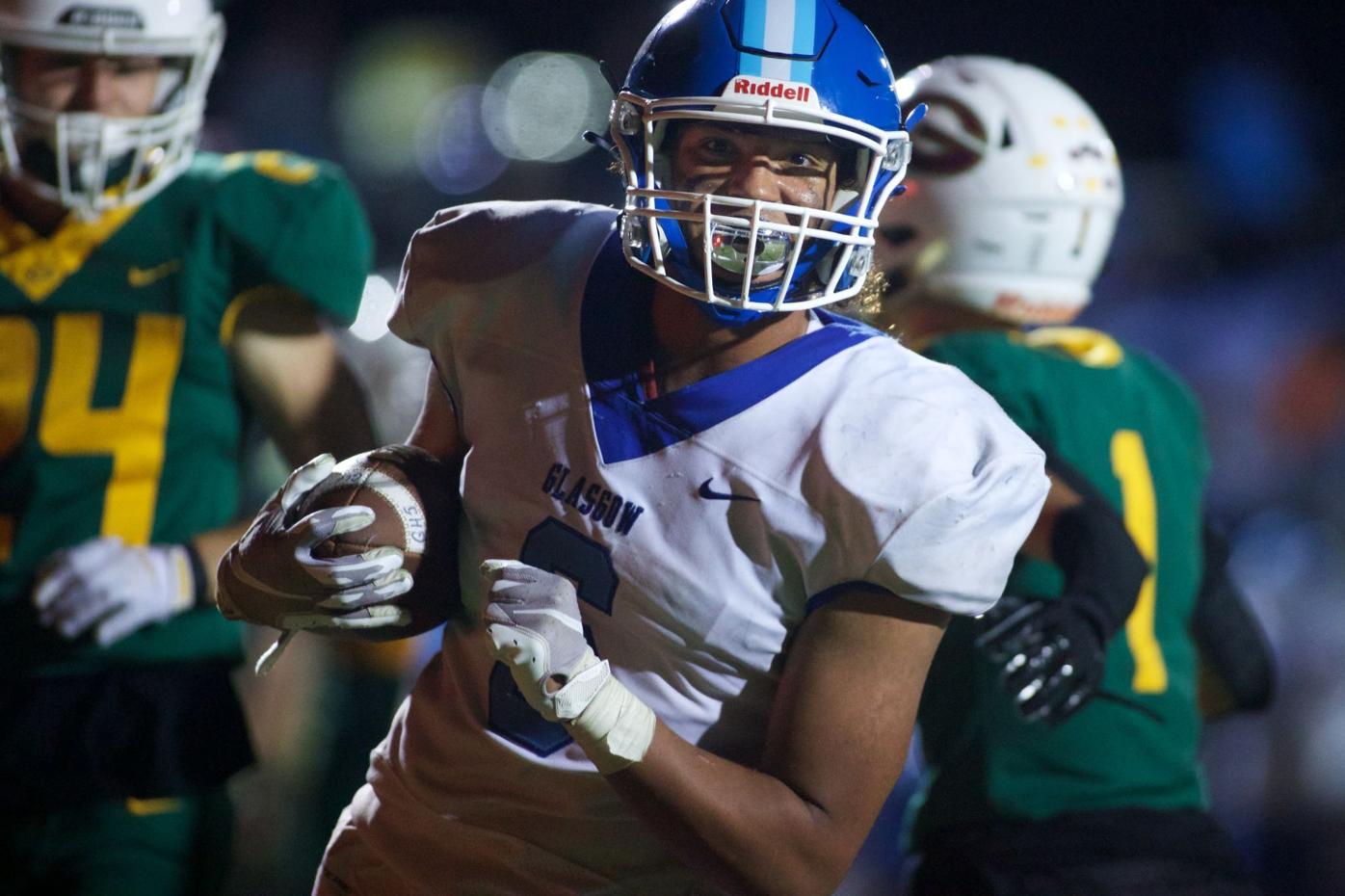 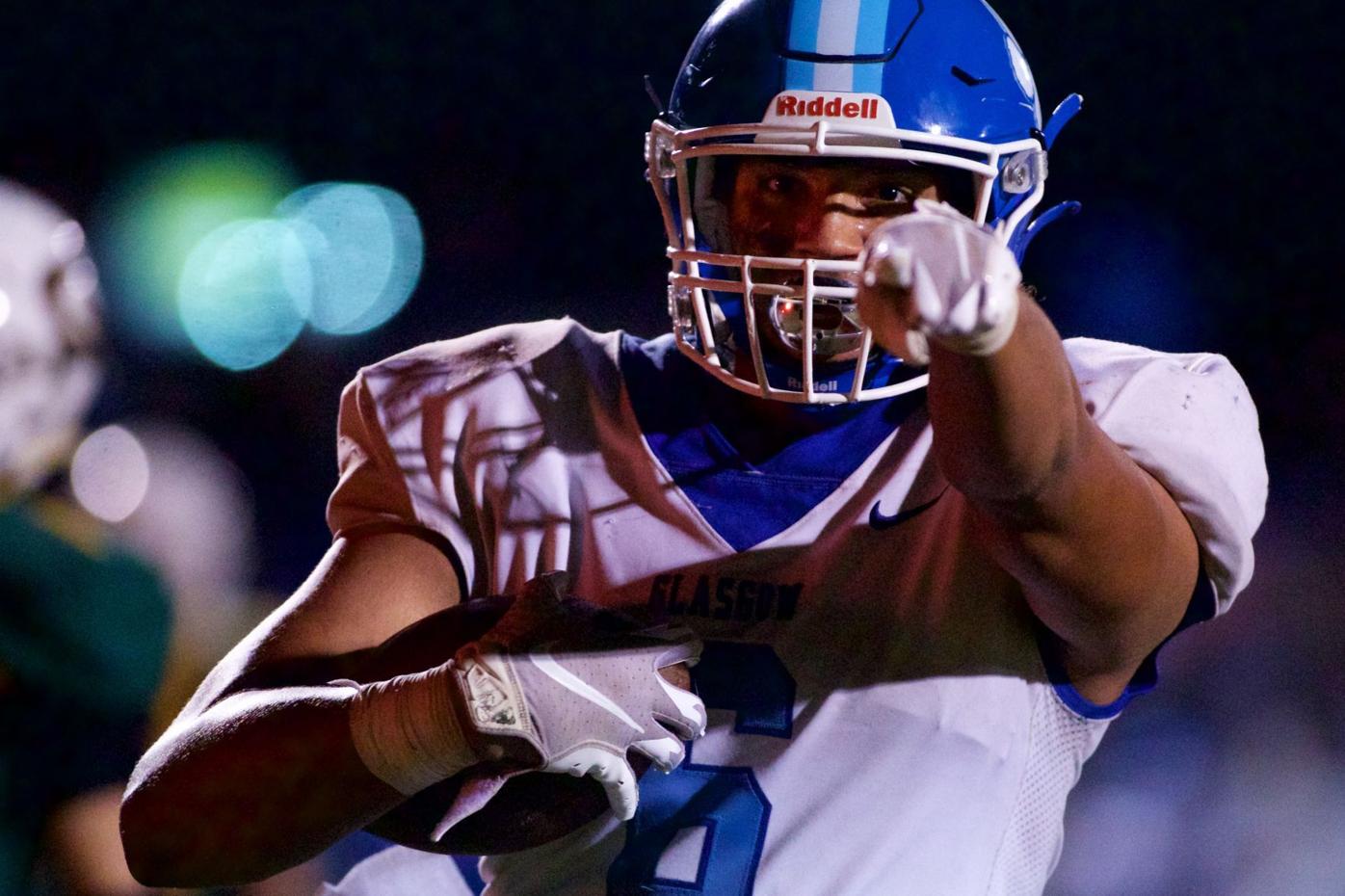 Glasgow (5-1) got off to a quick start and ran for nearly 300 yards to earn the first win in school history over Greenwood.

Playing without starting quarterback James Salchli, Greenwood’s offense got off to a slow start and Glasgow was able to take advantage – building a comfortable halftime lead.

The Scotties only needed four plays to take the lead, scoring on a 24-yard run from JaMarion Long. Glasgow added to its lead, with a blocked punt setting up a touchdown run by Keiran Stockton that made the score 14-0 less than five minutes in.

Greenwood (5-1) got on the board late in the first half, pinning Glasgow inside the 1-yard line before getting a safety, but Glasgow answered with a John Carter Myers keeper to push the advantage to 21-2.

The Gators got some momentum right before halftime with a goal-line stand as time expired and the offense responded with a lengthy drive to open the second half – capped by Jaylen Brock’s touchdown run that made the score 21-8.

Greenwood tried to keep it going, recovering an onside kick and getting inside the Glasgow 10 before turning it over on downs.

“We had two holding penalties to get us out of system,” Greenwood coach William Howard said. “We’re just not equipped for that, especially the situation we are in. I thought we could get back into it and we came close to doing it.”

On the first play from scrimmage following the turnover on downs, Long busted through the line for a 94-yard touchdown run to give Glasgow a three-touchdown advantage again.

“I got the ball, broke a tackle, and I just saw grass,” Long said. “It was really big.”

Greenwood got a touchdown run from Lofton Howard on the first play of the fourth quarter, but Stockton’s second touchdown of the night sealed the game for the Scotties.

“I told our guys at halftime, ‘There is going to be something go wrong in the second half. It’s how we respond and how we stay together,’” Garmon said. “I thought our kids did a good job of doing that.”

“We have been practicing all week and we wanted to beat this team,” Long said. “It’s a big W for us. It meant something to us in our hearts. We believed we could go out and get the win and we did.”

“They got it rolling pretty early,” William Howard said. “I thought the second half we made some adjustments and did some good things. The kids kept battling, they kept fighting. We got back in there and they made a big play. Hat’s off to them. They’ve got a great ball club.”