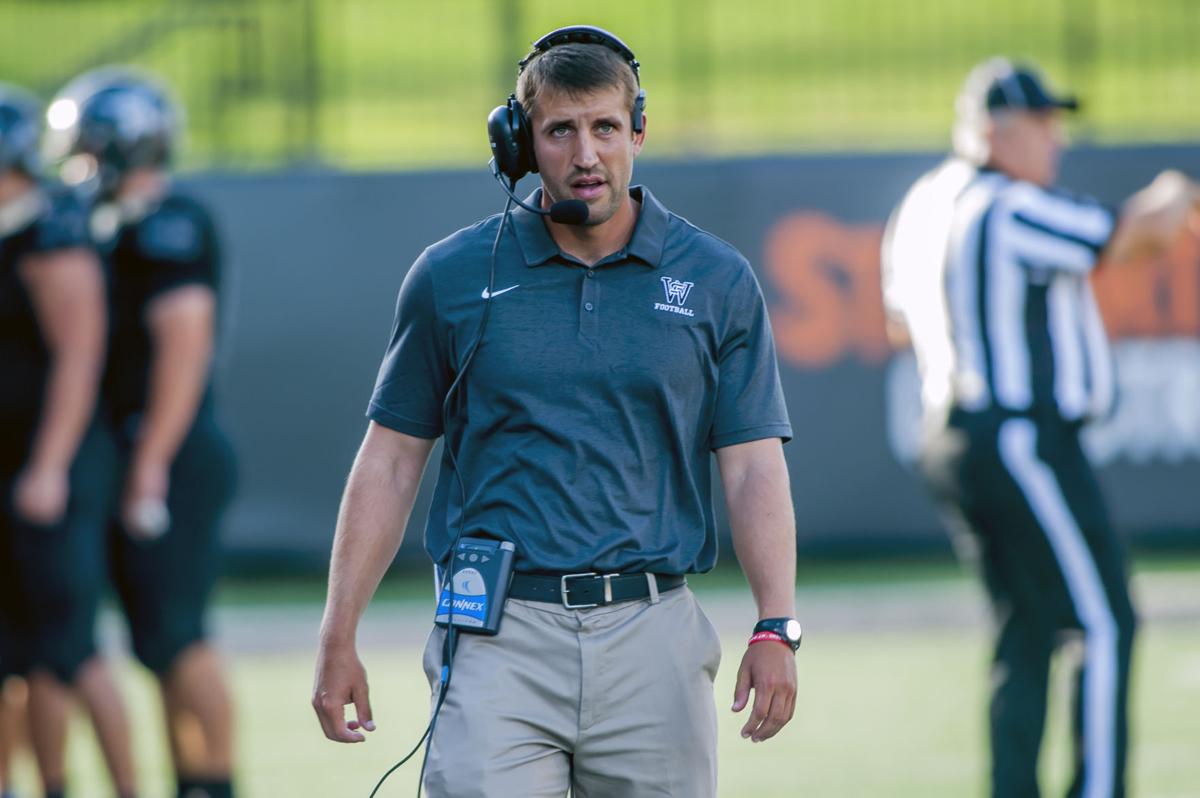 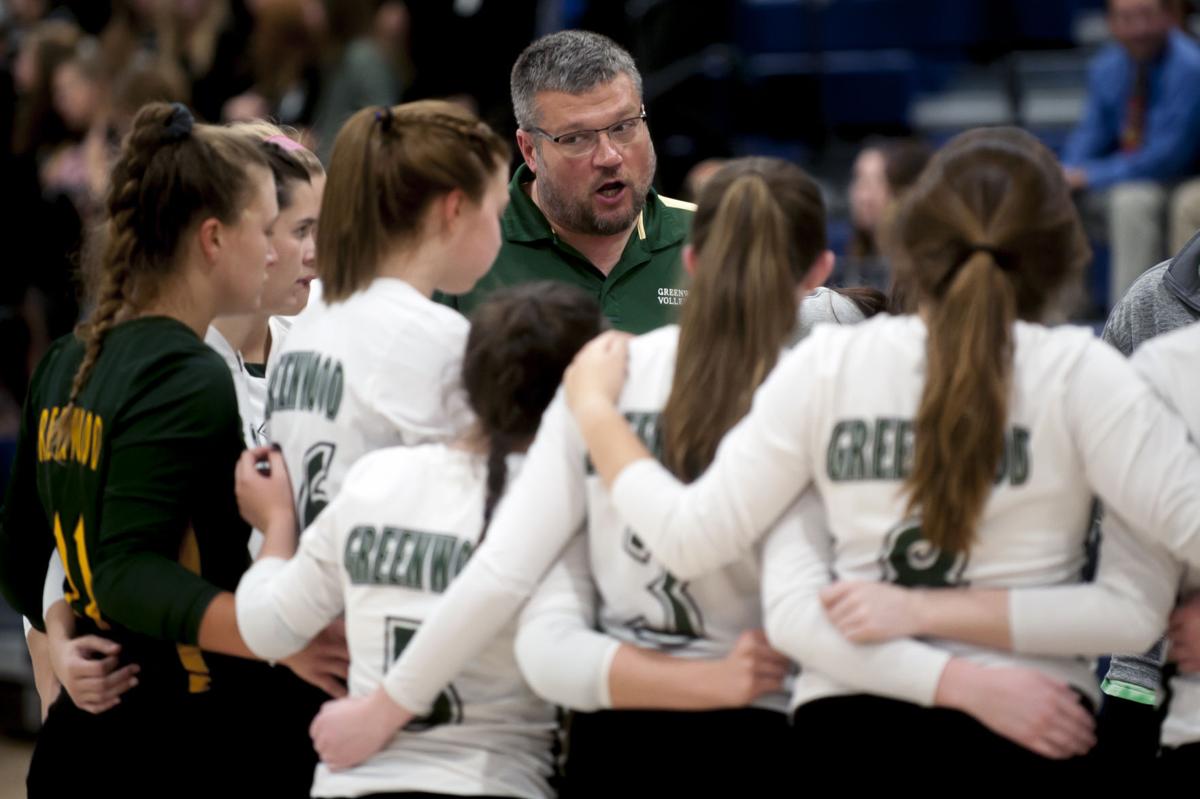 Above: Greenwood head coach Allen Whittinghill talks with his team on Oct. 24 during their 3-0 win over South Warren at Warren Central High School. Below: South Warren head coach Brandon Smith watches a play on Aug. 24 during South Warren’s 33-20 win over Butler in the Rafferty’s Bowl at Houchens-Smith Stadium.

Above: Greenwood head coach Allen Whittinghill talks with his team on Oct. 24 during their 3-0 win over South Warren at Warren Central High School. Below: South Warren head coach Brandon Smith watches a play on Aug. 24 during South Warren’s 33-20 win over Butler in the Rafferty’s Bowl at Houchens-Smith Stadium.

Brandon Smith’s schedule was far from overloaded Monday, once a rarity for South Warren’s football coach in the days before the coronavirus pandemic.

Smith met with members of the Spartans’ football staff off campus, starting discussions on just how to get going to work toward a season still very much loaded with uncertainty. Monday marked the end of a dead period mandated by the Kentucky High School Athletic Association that started March 12 and ultimately forced the cancellation of the KHSAA Sweet Sixteen state basketball tournaments and the entire spring sports season.

“... We’re looking at probably 100-plus kids. The planning part is probably the most difficult thing I can remember trying to plan. You’ve got these guidelines and restrictions, you’ve got that many people and you’re just trying to get efficient and organized. That is going to be a challenge.”

With the effects of the coronavirus pandemic still being felt across the globe, Smith and every other high school coach in the state have just embarked on a preseason like no other.

Then again … some sports are much more affected than others in the age of COVID-19 social distancing precautions. When the KHSAA Board of Control voted last week to end the dead period while continuing to adhere to Gov. Andy Beshear’s published orders related to restarting sports, it became necessary to classify the individual sports into two categories – “low touch” and “high touch” – with differing restrictions placed on programs depending on that designation.

That’s great news for Bowling Green boys’ golf coach Adam Whitt, who’s sport falls in the low-touch category and will be allowed to ramp up for competition relatively quickly. The KHSAA voted to allow competition in low touch sports as early as June 29.

“I’m going to meet with them in small groups tomorrow – kind of see them, put a face to them,” Whitt said. “We’re going to follow all the state-mandated guidelines the KHSAA has laid out, but golf has continued to be able to play and I’m not going to disrupt what my kids do during the summer at all.

“It’s going to be kind of a business as usual-type summer for us.”

The low touch category has a fairly clear path back to competition, giving some certainty to fall sports including golf and cross country that there is a season within sight barring any additional COVID-19 outbreaks that necessitate further restrictions.

Whitt’s team is scheduled to open play July 31, and as of Monday it was looking good for the Purples to be playing on that date.

“That’s the game plan,” Whitt said. “All of our scheduling kind of gets done in January and February. The thing with golf is that these golf courses have given you their courses for the day, so you’ve got to kind of schedule it out. So our first competition is scheduled for July 31, which is the first day that golf was allowed before COVID. And there’s no real talk that I can tell right now of changing that.”

As an outdoor sport already well-versed in social distancing, golf was always in a better position than other team sports. One potential concern could be at the end of tournaments, when players and coaches tend to congregate to check out the final leaderboard at the clubhouse.

“If we can put all the scores online and maybe try and limit the amount of people that we get gathering in a close proximity to each other, I think that would be a nice step forward for our sport,” Whitt said.

Much more has to be done to clear the path to play for high touch sports, including football, volleyball and soccer.

While the KHSAA will allow competition to begin in late June for low touch sports, there is no such timetable yet for high touch sports. While all sports will spend the time between Monday and June 14 conducting limited face-to-face meetings (10 people or less) and preparing facilities and the second segment (June 15-28) focusing on weight training and individual drills, the high-touch sports won’t get to shift to traditional – relatively – practice on June 29.

{span}”It’s strictly just 10 people or less, it’s used for conditioning and lifting, those type of things,” Smith said. “Within the parameters, you can do I think a little bit of skill type work, but no equipment – not even like footballs or bags or anything of that nature. But that’s better than nothing.”{/span}

{span}Smith wasn’t expecting the KHSAA’s move to allow contact with players so early, and told his team to go ahead with any previous plans they had for the next two weeks. Now, Smith is planning to start seeing some of his players for face-to-face meetings next week.{/span}

“I think just from a mental standpoint, just getting together with guys and seeing them again, being around them,” Smith said. “We’ve tried to keep in touch the last three months, but it’s only so effective.”

Even so, the loosening of restrictions has given Smith hope that the high school football season could start on time with games Aug. 22.

“I think things are changing for the better, and they’re giving us a little more (guidance),” Smith said. “A month ago, I would’ve said no way. But now, I think it’s at least a possibility that we start on time.”

Greenwood volleyball coach Allen Whittinghill and his team are in a tougher spot. As an indoor high-touch sport, there is even more uncertainty as to when – or if – games will be played in the fall.

{span}”Volleyball is one of the most unclear paths because we’re indoors and we’re up there with football and soccer – they’re always in the same category because they’re high contact,” Whittinghill said. “We’re kind of in a wait-and-see mode. We had a meeting earlier about it (Monday), just kind of laying out the rules. And we can start meeting in small groups and pretty soon starting doing a little workout stuff, but it’s all in small groups. It doesn’t do us much good at this point. We’re all just kind of playing it by ear and hoping for the best.”{/span}

{span}Per KHSAA guidelines, in the third segment of the preseason – when low-touch sports are actively practicing for the season – volleyball will be restricted to individual skill development and general conditioning, plus weight training. The use of a single ball – like football – shared among players is not allowed at present, although the KHSAA is expected to revise those restrictions later in the summer.{/span}

“It’s going to be weird,” Whittinghill said. “I think we’re all just hoping the guidelines kind of loosen up. That’s kind of where we’re at with our sport.”{&end}