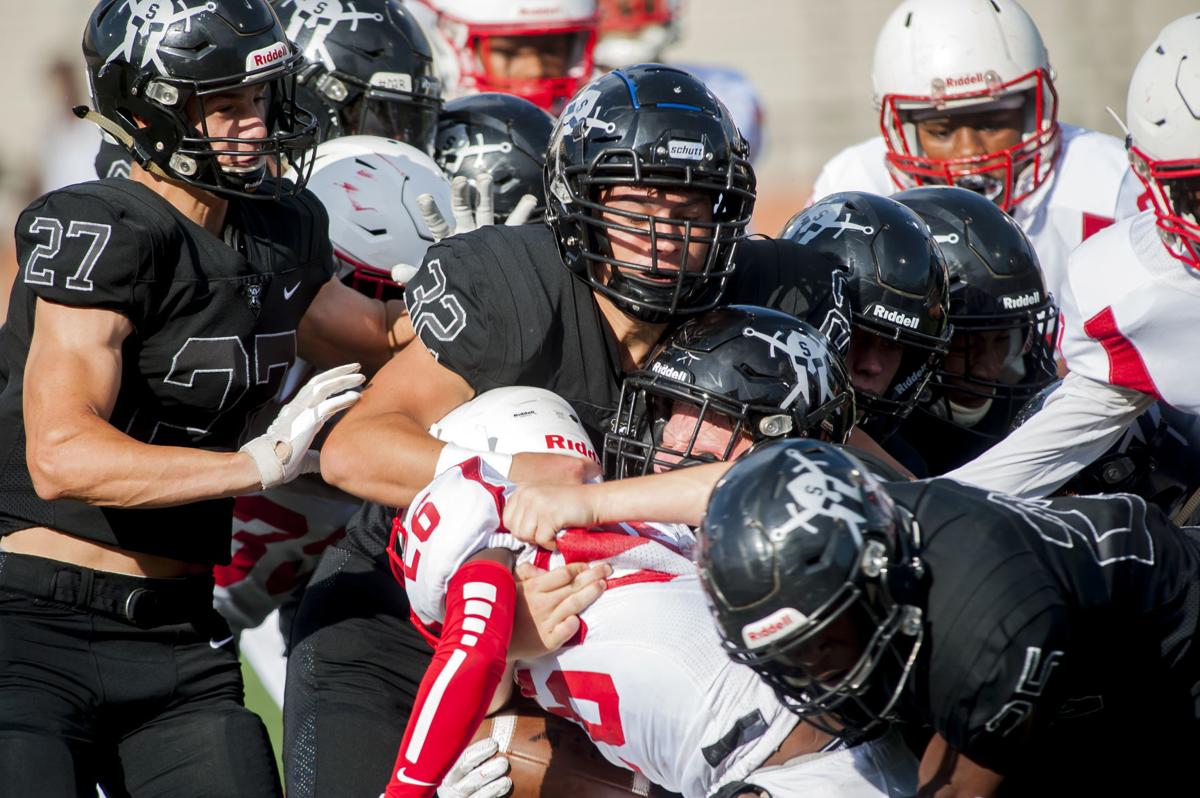 South Warren’s defense brings down Butler’s Antwone Shaw on Saturday during the Spartans’ 33-20 win in the Rafferty’s Bowl at Houchens-Smith Stadium. For more photos and video from the game, visit bgdailynews.com. 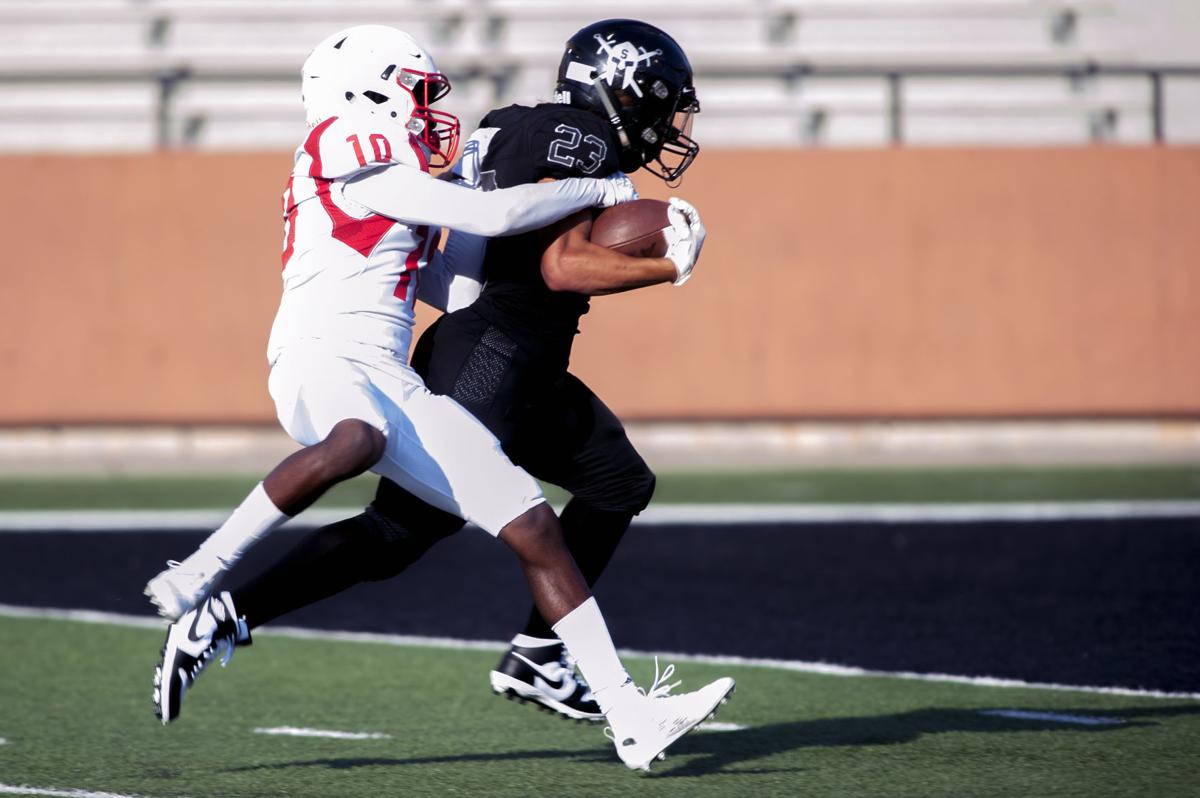 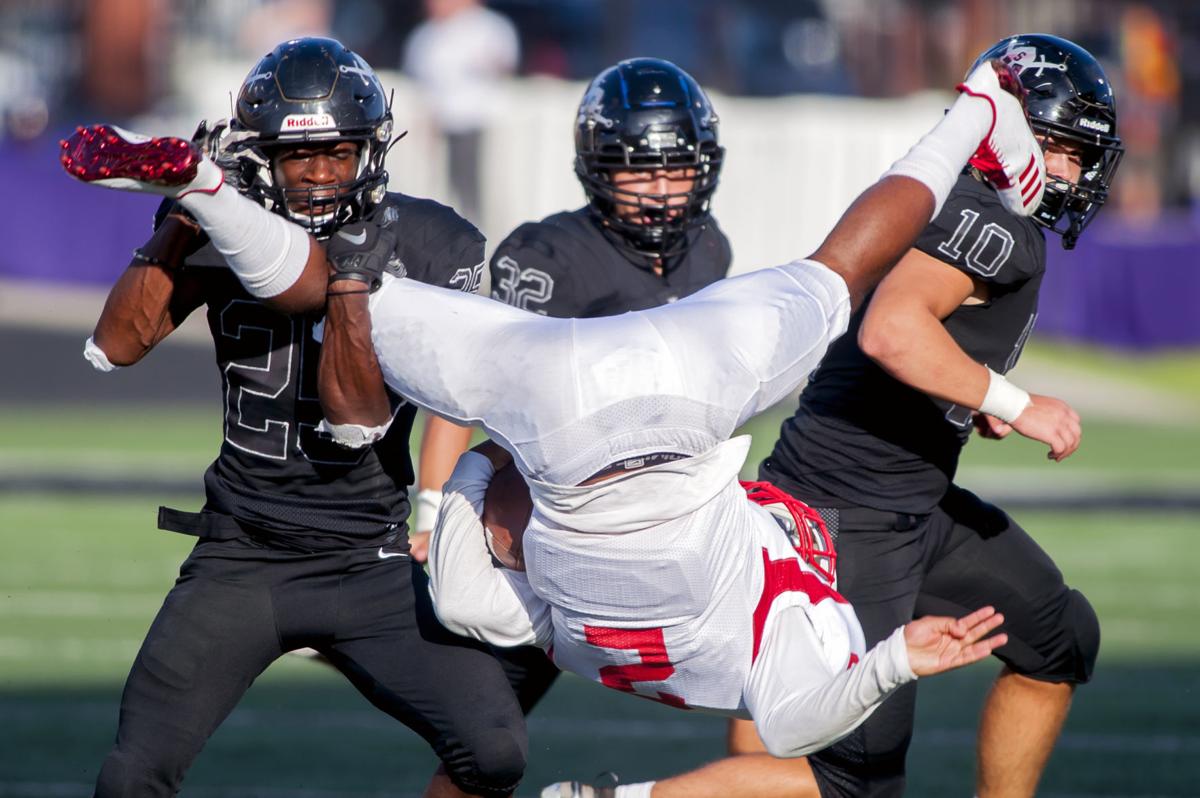 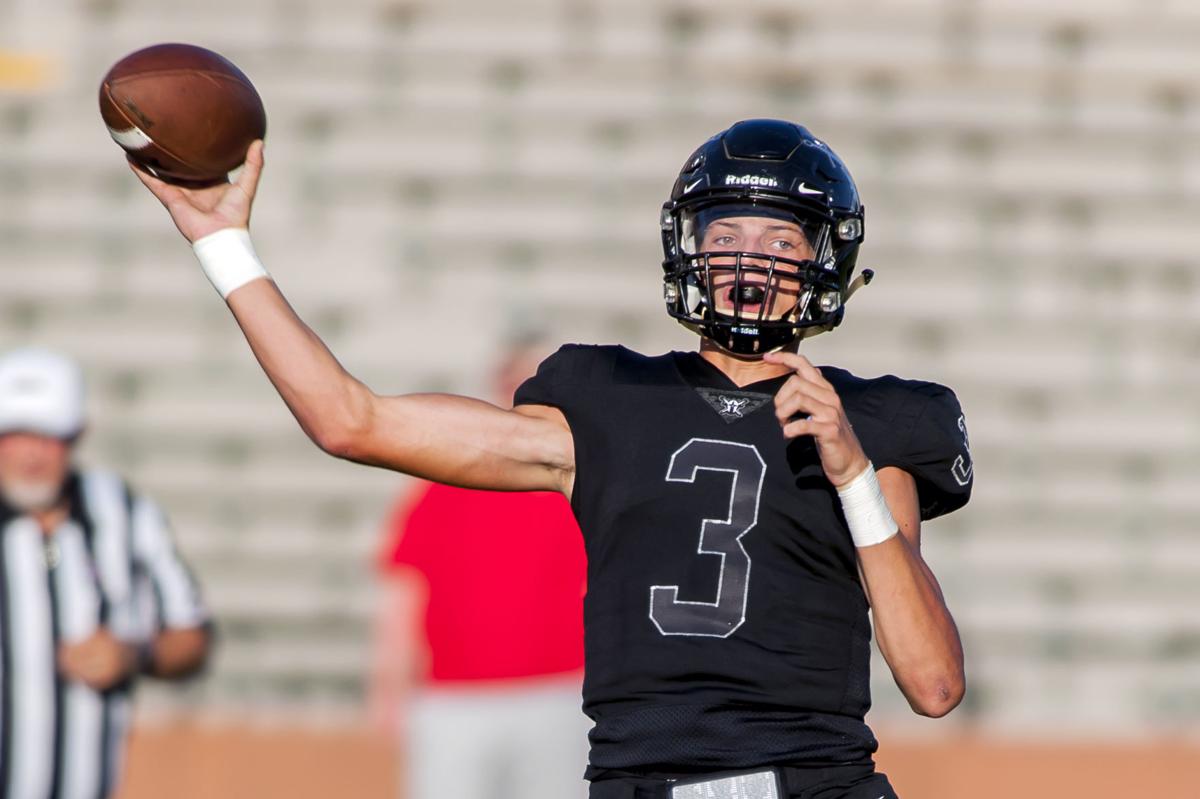 South Warren quarterback Caden Veltkamp passes Saturday during the Spartans’ 33-20 win over Butler in the Rafferty’s Bowl at Houchens-Smith Stadium. 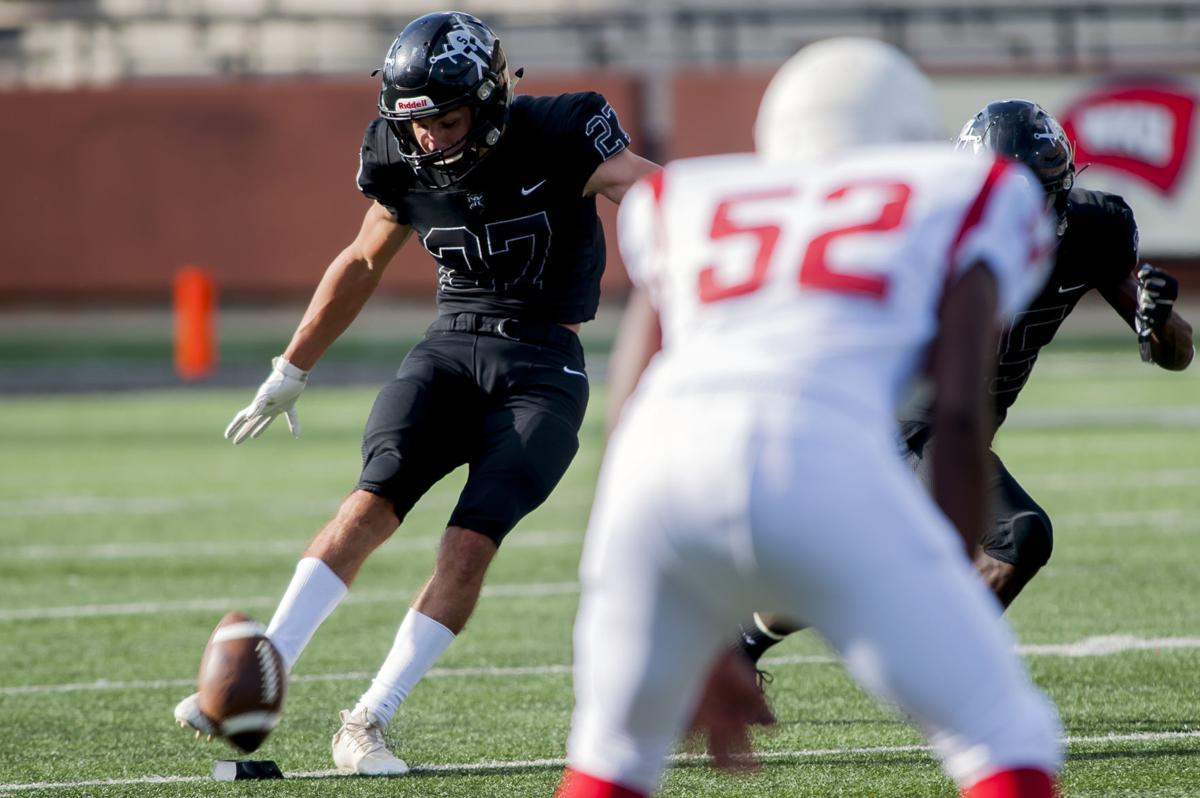 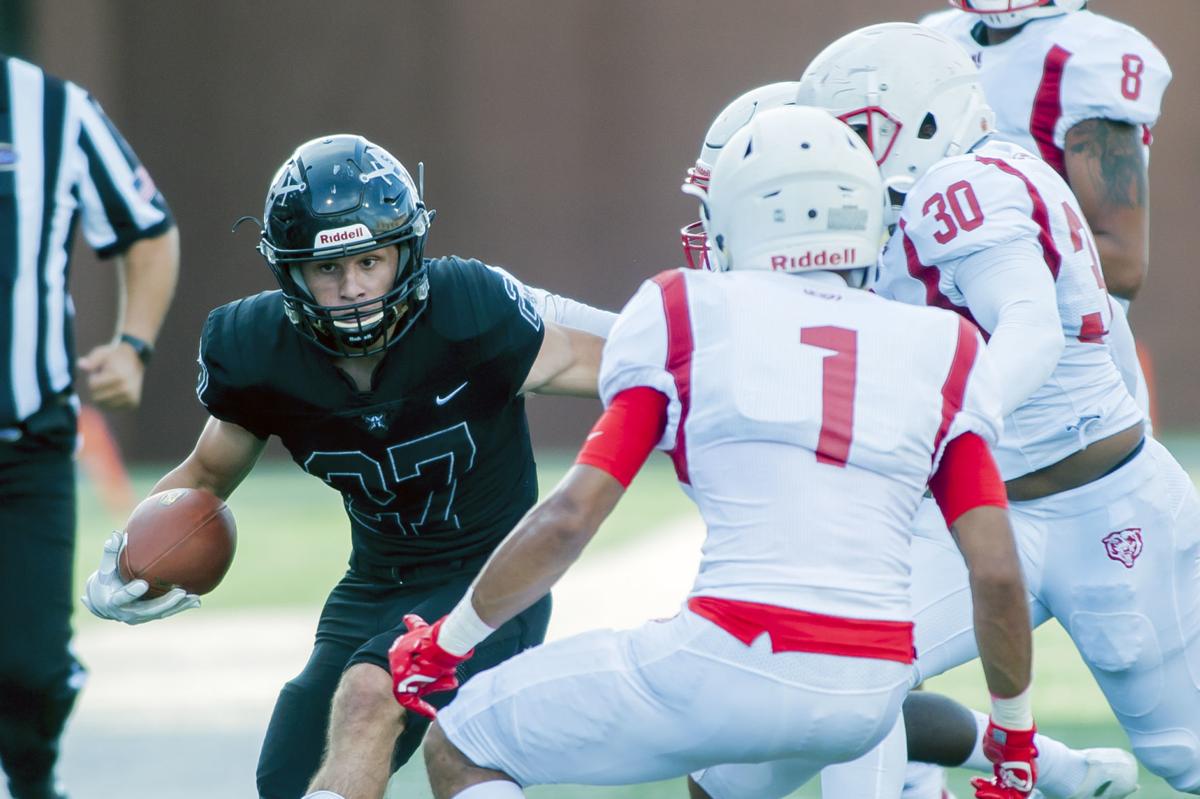 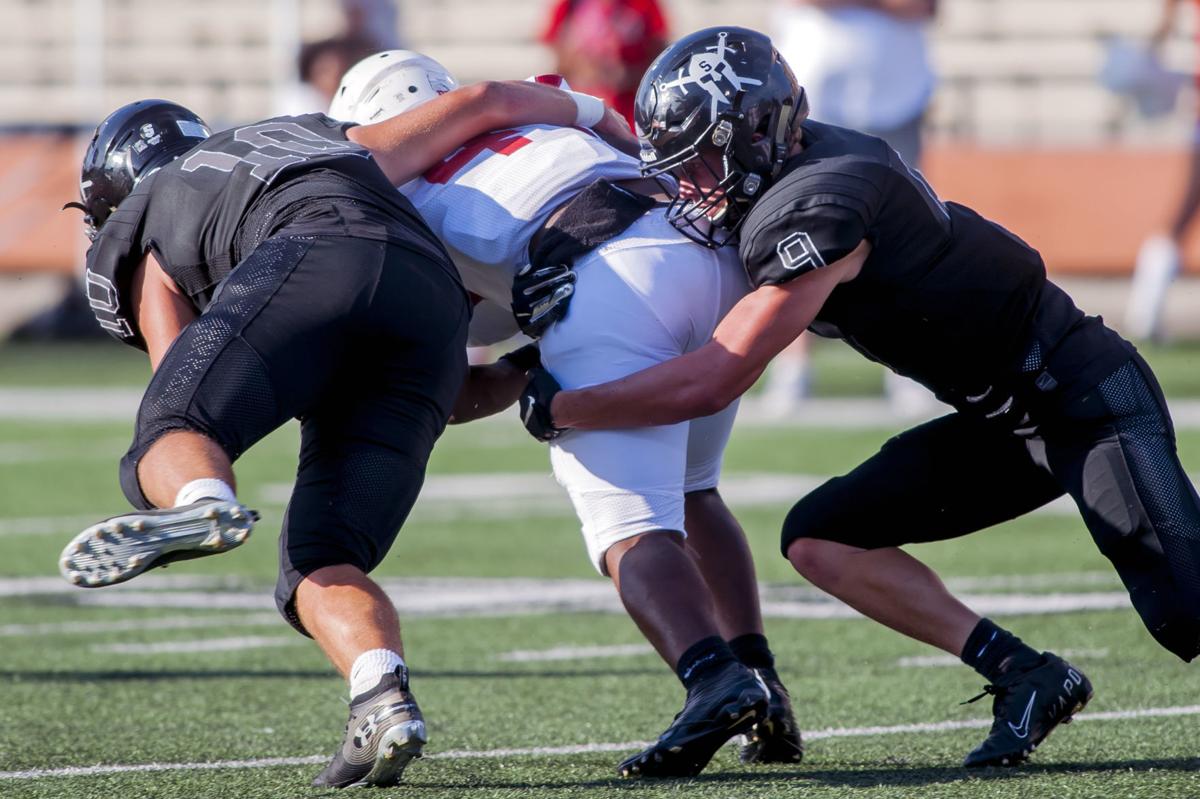 South Warren’s defense brings down Butler’s Antwone Shaw on Saturday during the Spartans’ 33-20 win in the Rafferty’s Bowl at Houchens-Smith Stadium. For more photos and video from the game, visit bgdailynews.com.

South Warren quarterback Caden Veltkamp passes Saturday during the Spartans’ 33-20 win over Butler in the Rafferty’s Bowl at Houchens-Smith Stadium.

Make it 16 straight wins for the South Warren football team.

The Spartans, who claimed the Class 5A state title to cap off a perfect 15-0 season last year, started off the 2019 season with a 33-20 win over Butler on Saturday in the Rafferty’s Bowl at Western Kentucky’s Houchens-Smith Stadium.

“I think everybody is kind of in the same boat the first game of the year,” South Warren coach Brandon Smith said. “Everybody’s got their expectations and they want to have early success.

“I thought it was really sloppy, man. We’ve got a lot of new guys and I kind of expected it and it was probably a little more than I expected, as far as we made some mistakes and we had a couple silly penalties there. The plan is just to take it and try to learn from it and improve for the future.”

South Warren never trailed in the game and took its first lead with 2:15 to play in the first quarter when quarterback Caden Veltkamp hit a wide-open Luke Burton with an 11-yard pass.

Saturday was the first start for Veltkamp after the departure of Gavin Spurrier from last year’s state championship team. The sophomore completed eight passes for 80 yards and three touchdowns.

“I thought it was good. I was really excited for the game – a little bit nervous for the first start – but I thought I came out and executed pretty well,” Veltkamp said. “I made some mistakes, but that’s going to happen in your first start.”

The first scoring drive of the season was extended when Eldar Dervisevic took a fake punt on fourth-and-8 for 22 yards to the South Warren 48-yard line.

“Our special teams coordinator, Jeff Ashby, puts a lot of work in and he thought it was something that might work this week and (Dervisevic) actually had an option on there and it was there, so he took it and had success and it turned out to be a big play in the game,” Smith said.

Butler struck back on its next drive with a 56-yard touchdown pass from Chaz Burks to University of Kentucky commit Jordan Watkins. The two-point conversion attempt failed to keep the Spartans ahead by a point.

Kobe Martin took the next play from scrimmage 69 yards to the end zone. After breaking though the line, he held off the Butler defense just long enough to fall into the end zone to give his team a 14-6 lead with 15 seconds left in the opening frame.

Martin was the game’s offensive MVP. He finished with 152 yards on 25 carries. Konner Mason was the defensive MVP.

“We just needed to get yards and that starts with our linemen,” Martin said. “It just sets us up for a lot of things, so our defense doesn’t have to work so hard.”

The Bears used a 15-play drive in the second quarter, capped by a 10-yard touchdown pass from Burks to Antwone Shaw on fourth-and-8, to get within two points of the Spartans and tied the game when Hosea Knifeley ran in the two-point conversion.

Veltkamp hit Avrin Bell with a 19-yard pass into the end zone with 18 seconds remaining in the half – just over two minutes after the Bears’ touchdown – to take a 21-14 lead into the break.

South Warren extended its lead to 27-14 with 9:47 to play in the fourth quarter with a 1-yard touchdown run from Burton that capped a 10-play drive starting with 1:10 to play in the third.

Veltkamp’s third touchdown came with 4:46 to play. The sophomore left a ball up for Jantzen Dunn, who came down with it to make it a 33-14 game.

“We knew we had a smaller corner and the kid’s got a 40-inch (vertical jump),” Veltkamp said. “Throw it up to him and he’s going to catch it.”

Butler was able to add another score on a 10-yard run from Burks with 3:19 remaining, but the Bears wouldn’t get any closer in the 33-20 loss. Burks completed 11 passes for 207 yards and also rushed for over 100 yards in the loss. Watkins had 149 yards on six receptions.

The Spartans are scheduled to return to Houchen-Smith Stadium on Friday for a German American Bank Bowl game against Warren East. Kickoff is scheduled for 6 p.m.