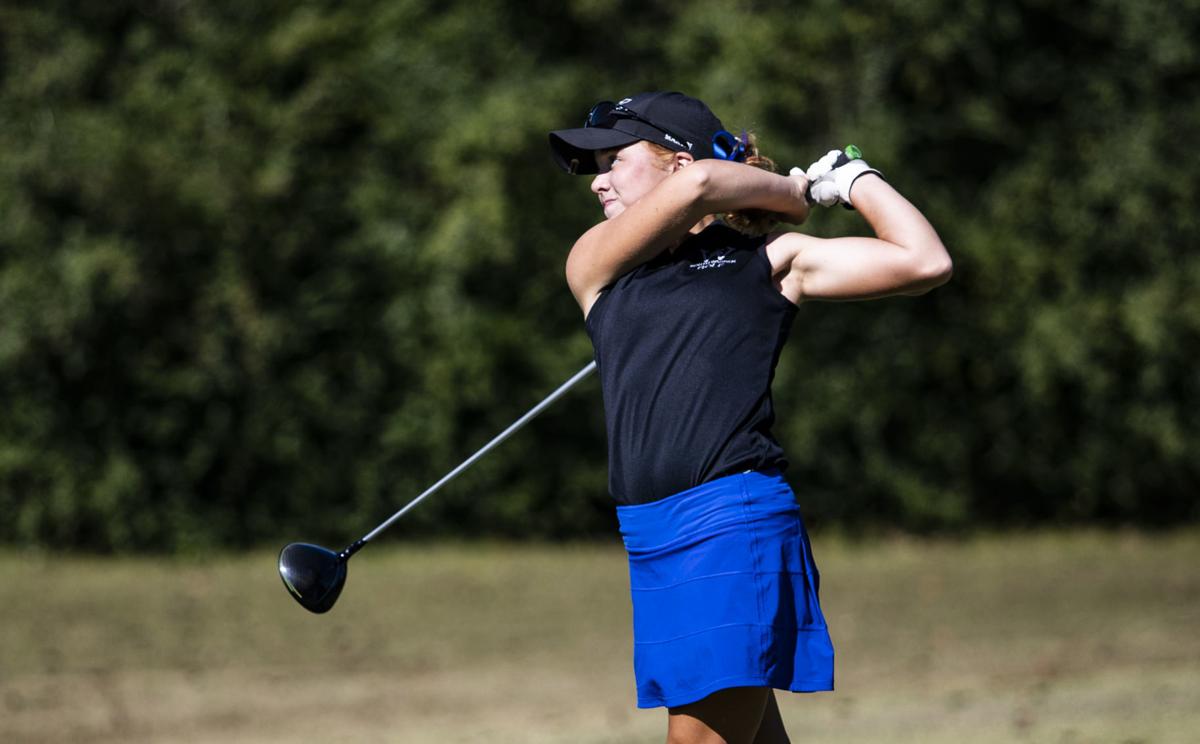 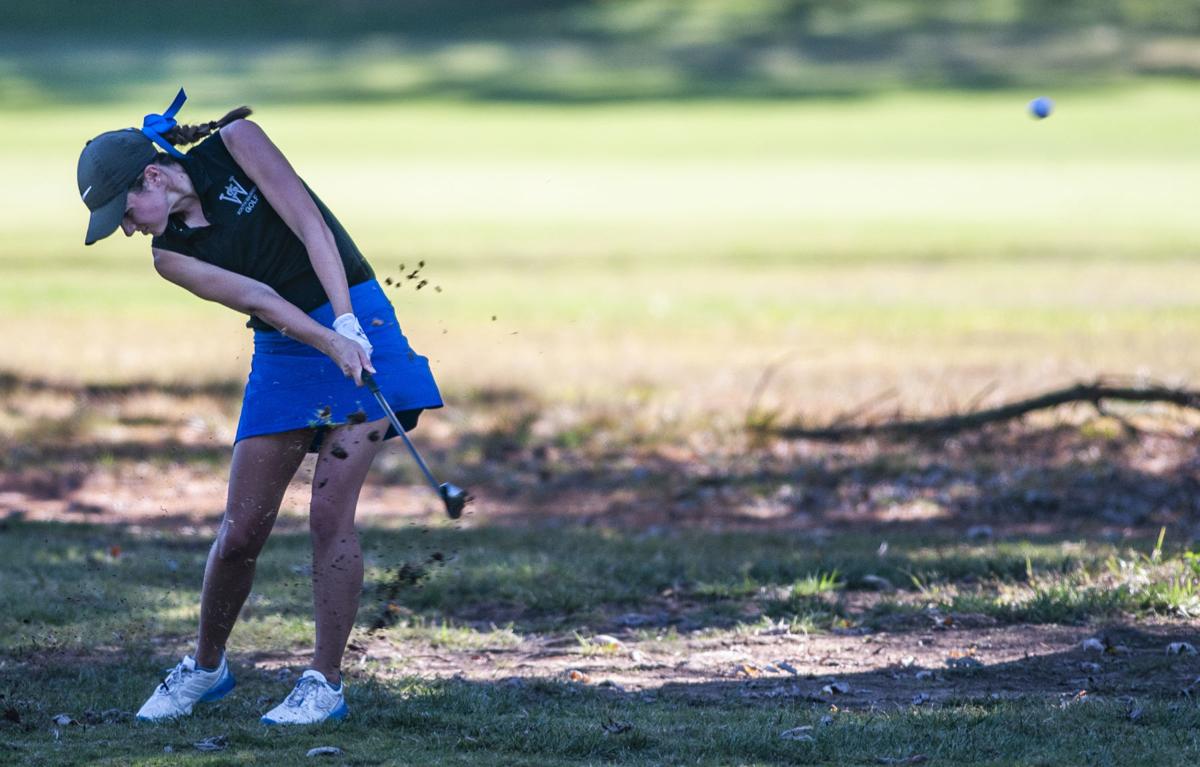 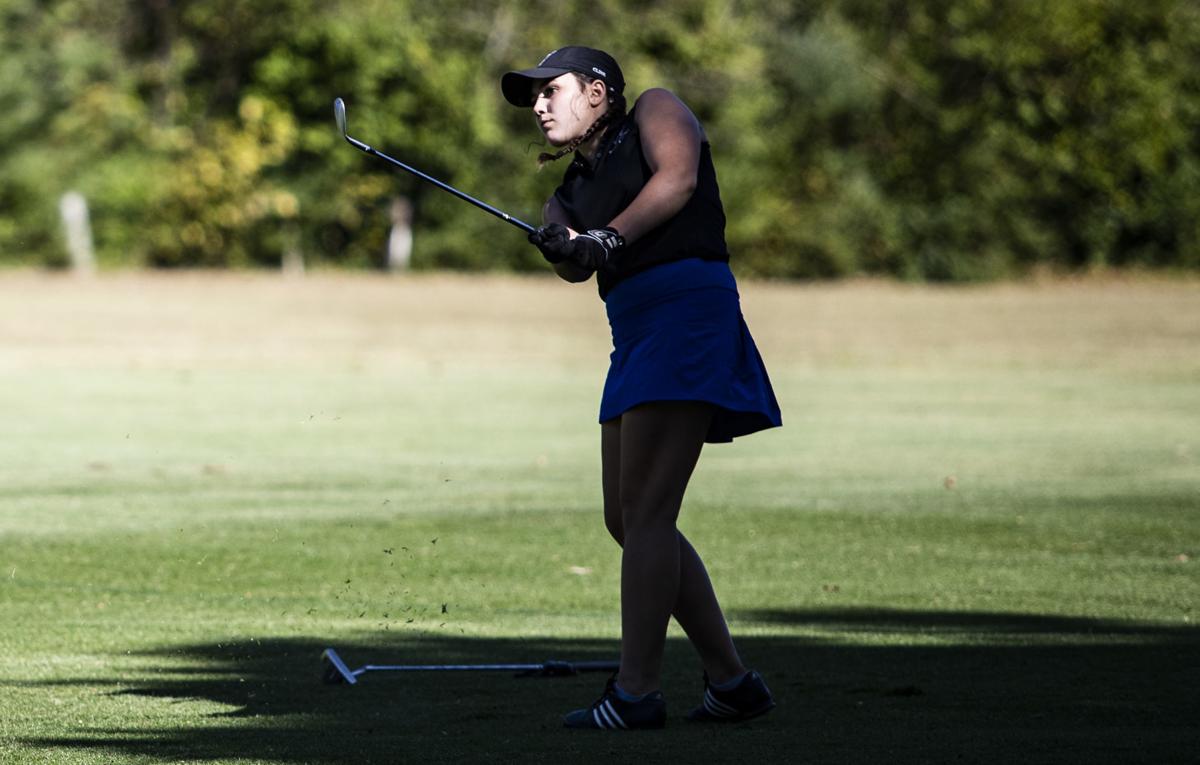 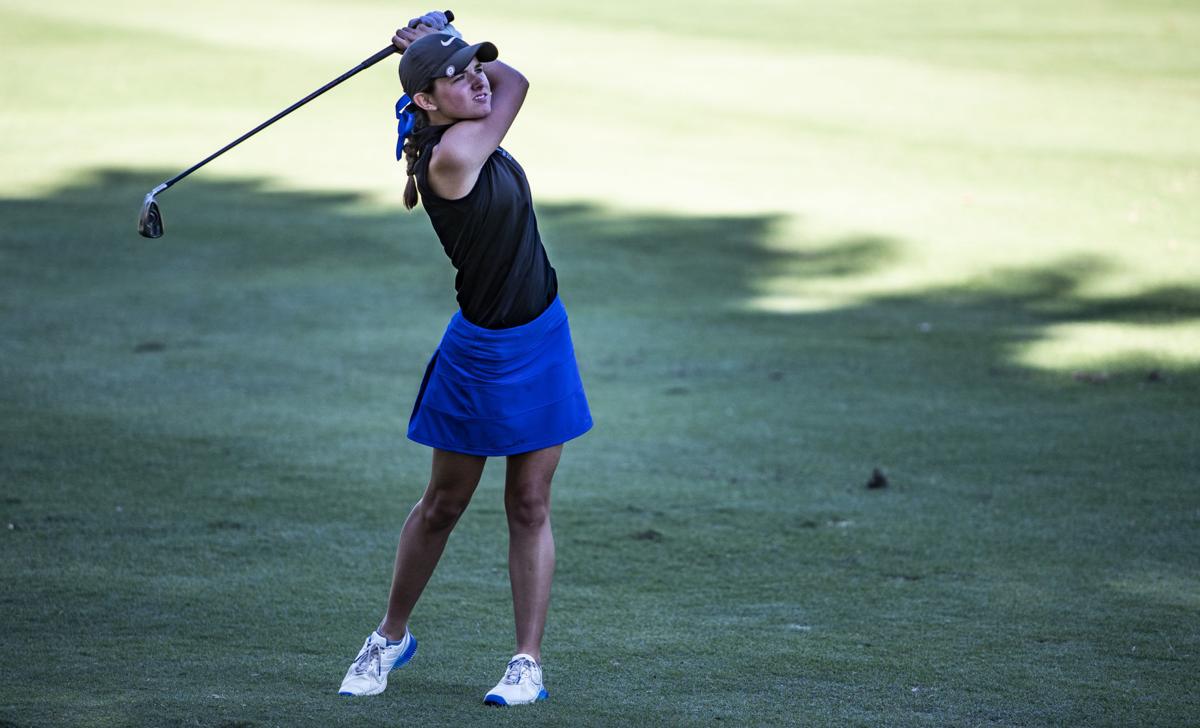 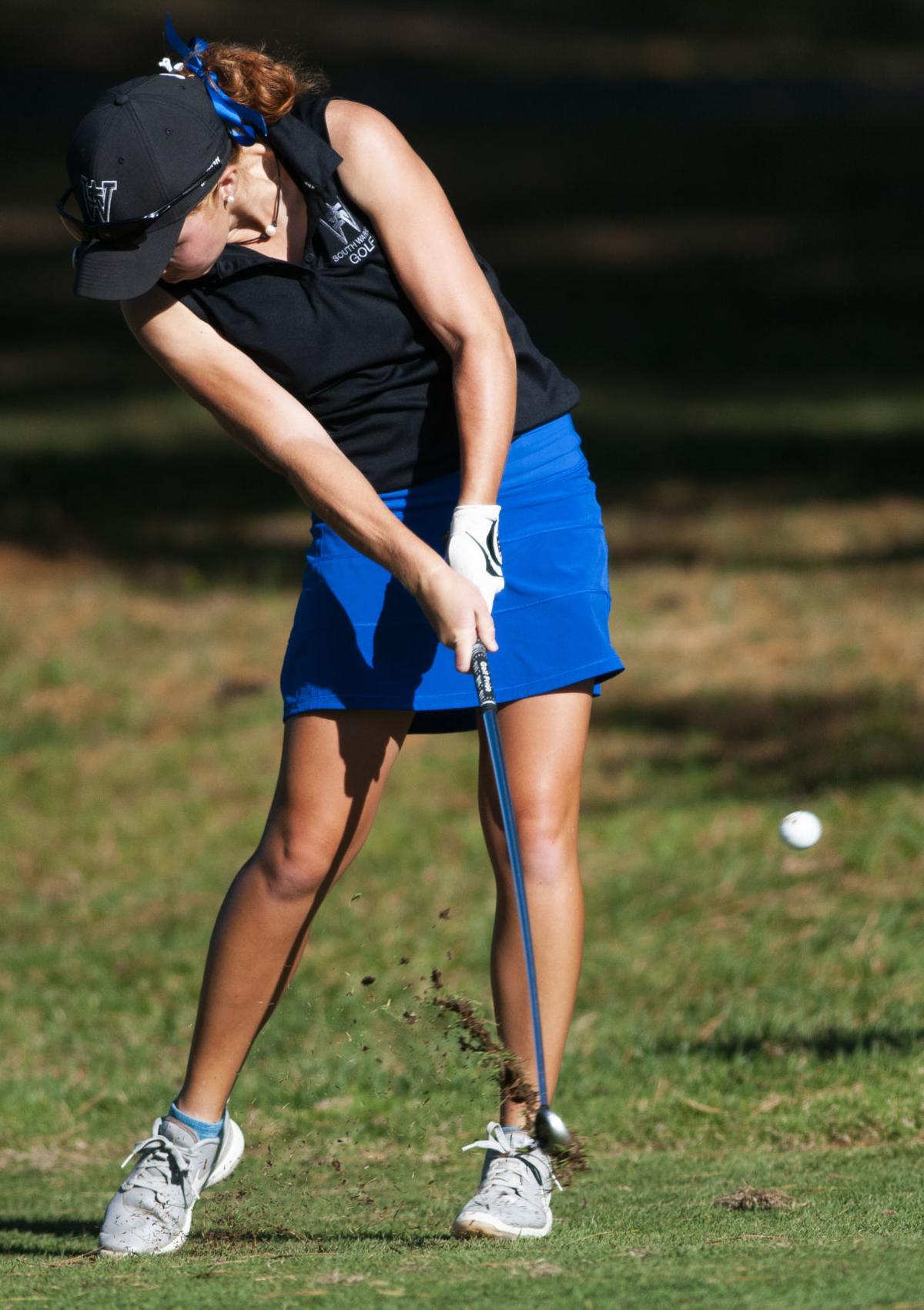 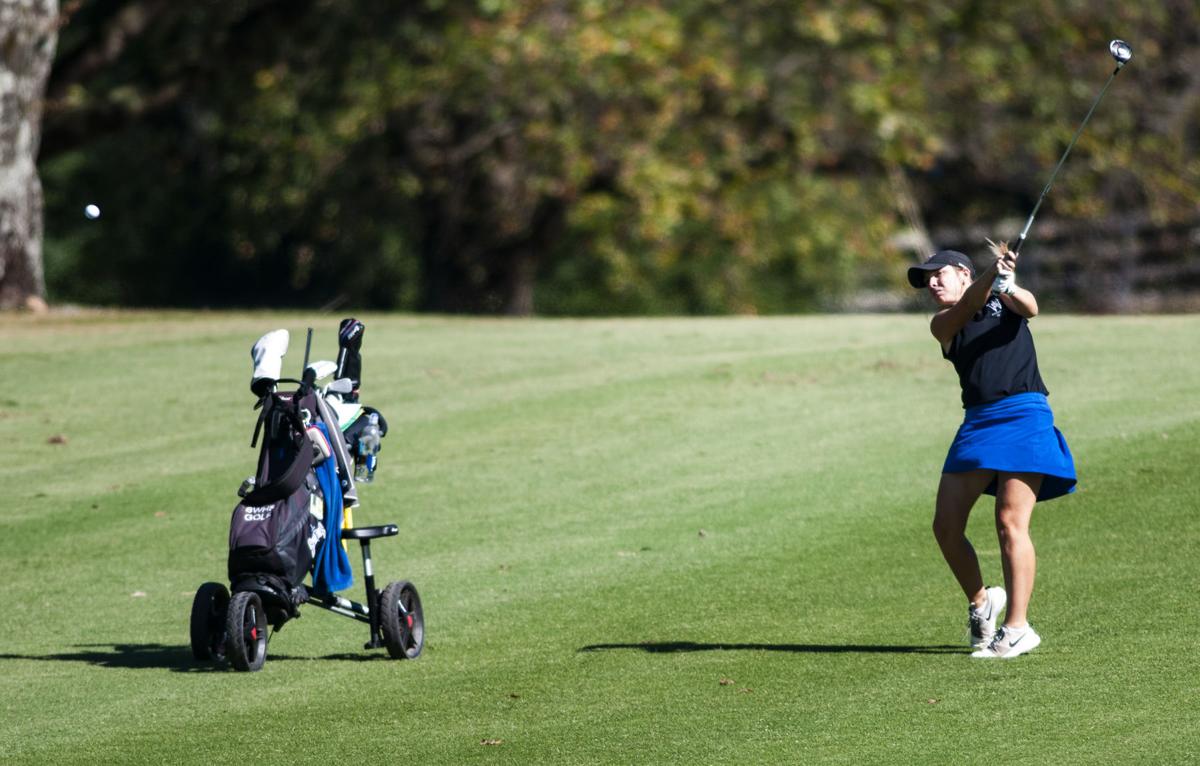 The South Warren girls’ golf team capped off a memorable season with its best finish in program history.

The Spartans shot a 327 on Wednesday at Bowling Green Country Club in the final round of the 2019 Leachman Buick-GMC-Cadillac/KHSAA Girls’ State Golf Championship to finish second behind Lexington Christian Academy with a two-day total of 660.

“I’m just proud of these girls. It was a goal at the beginning of the season to get on that podium – which is a top-four finish – and with the rule changes the way it was, it left a lot of good teams at home, so we knew we had a fighting chance to maybe take the team title, but Lexington Christian is a tough team, well-deserving of the victory,” South Warren coach Eric Holeman said. “I knew we could hold our second-place spot and finish the highest in school history.”

South Warren posted a seventh-place finish last season and missed the cut the previous year, after making it to the season-ending event as the Region 4 champion both years. The Spartans won Region 3 this fall by shooting a 306 at CrossWinds Golf Course.

The best finish before Wednesday came when the Spartans finished fifth in 2015.

South Warren was in second heading into the second round after shooting a 333 on Tuesday. The Spartans trailed defending champion Lexington Christian by 20 strokes and made a decision at dinner.

“We went to dinner last night and I overheard the girls talking that they wanted to give a run at this. Me being, I guess, pessimistic, I was just content with holding our spot, but after hearing them last night, we got together this morning and laid out a plan,” Holeman said. “ ‘If you want to chase LCA and try to catch them, this is what we need to do’ and they were all on board.”

The team came out strong and had two finishers – Faith Martin and McKenna Stahl – on the podium. Martin placed third, shooting a 2-over 74 on Wednesday to finish with a two-day 8-over 152. Stahl placed sixth. She shot a 5-over 77 and finished with a two-day 10-over 154.

Martin, the Region 3 individual champion, posted a first-round 6-over 78. Wednesday started with a bogey for the Western Kentucky commit, but she settled in to finish the front nine 1 over and 2 over for the round.

“Nothing spectacular really clicked for me today,” Martin said. “I knew I still had to grind and get it done today to keep our second place.”

Stahl was tied for sixth individually at the conclusion of the first round after shooting a 5-over 77. She started off Wednesday’s final round with three bogeys, but found a rhythm and played the next seven holes 1 under.

“Today my ball striking wasn’t as good as it was yesterday. My short game was pretty good,” Stahl said. “I think that’s kind of what saved me today.”

The Spartans’ finish capped off a season featuring seven team victories and six individual victories – five coming from Martin and one from Stahl.

“Historic year,” Holeman said. “I told them at the beginning of the year, ‘This group of girls, in the history of South Warren’s program, we have won three invitationals.’ I thought we could double that this year. We actually tripled that.”

Expectations remain high with four of the five competing in the state championship being only juniors. South Warren will graduate Lauren Holeman, but despite that, the Spartans coach plans to return next fall.

“They all asked me, ‘Are you coming back next year?’ I gave them two stipulations – as long as I’m having fun and as long as you want me around,” the coach said. “I told (them) before going into this state tournament, ‘I’m still having fun.’ “

“It feels great,” Lexington Christian coach William Frye said. “I’m just really happy for the girls. They’re super, super girls and they’ve got a lot going for them and I couldn’t be happier for them.”

The Lexington Christian coach will be going out on top with Laney Frye, his daughter, graduating.

Boyd County’s Olivia Hensley took home the individual title. The senior Morehead State commit shot a 1-over 73 on Wednesday to finish the tournament 2 under. She was tied for the lead with Frye after both shot a 3-under 69 in the first round.

It’s the second individual girls’ state golf title for Boyd County and its first since 1985.

McCracken County’s Jessica Stephens and Shelby County’s Grace Clark tied for fourth at 9 over, Great Crossing’s Rylea Marcum was seventh at 11 over and Madison Central’s Mattie Neeley, Monroe County’s Connor Geralds, Marshall County’s Savannah Howell and Ashland Blazer’s Kate Hanni tied for eighth at 12 over to round out podium finishes.

Behind South Warren were Marshall County (674) and Sacred Heart Academy (683) with podium finishes.

Samantha Hinchman won Boyd County’s first individual girls’ state golf title in 1985, and after more than three decades of waiting for the nex…