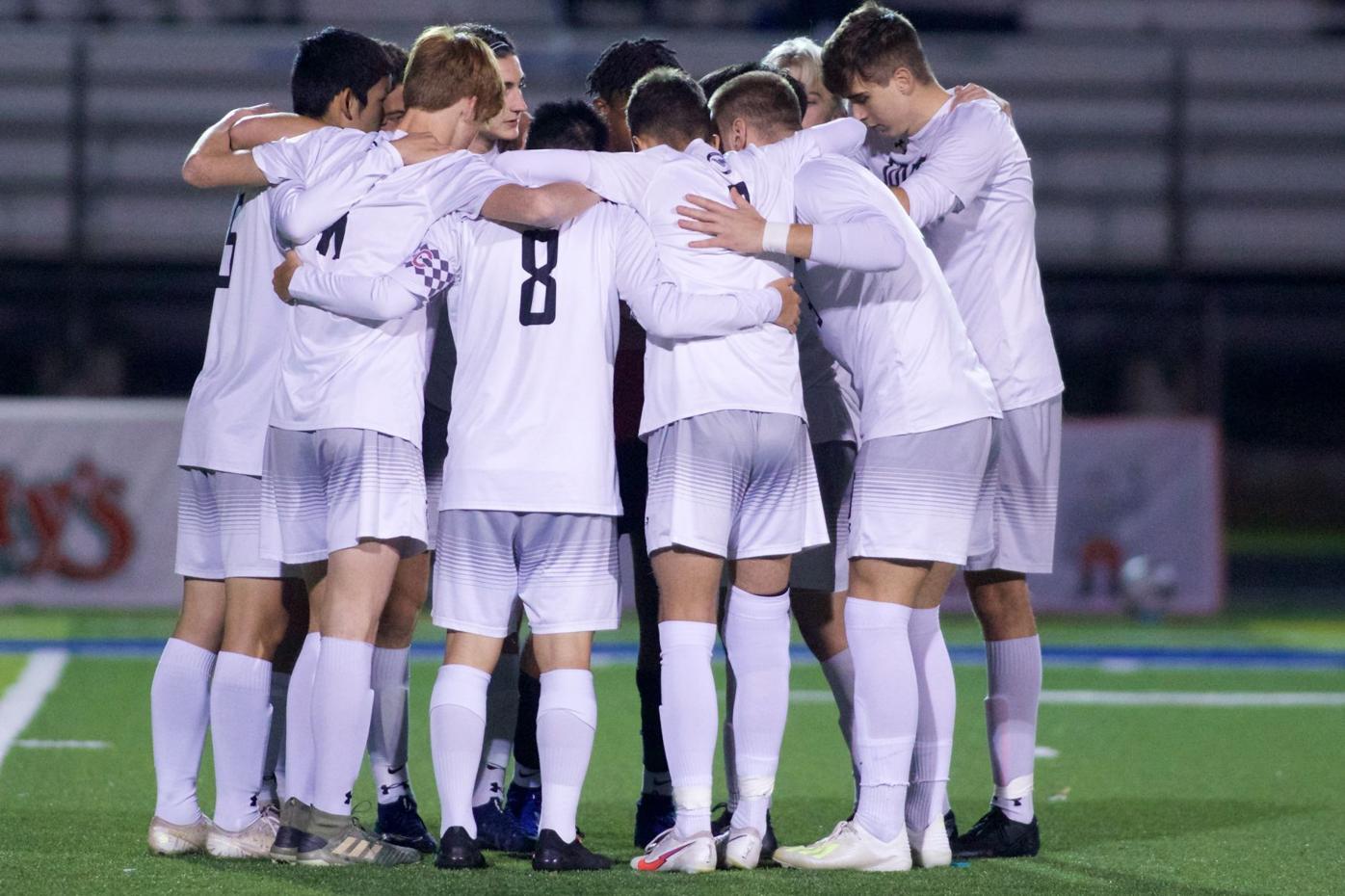 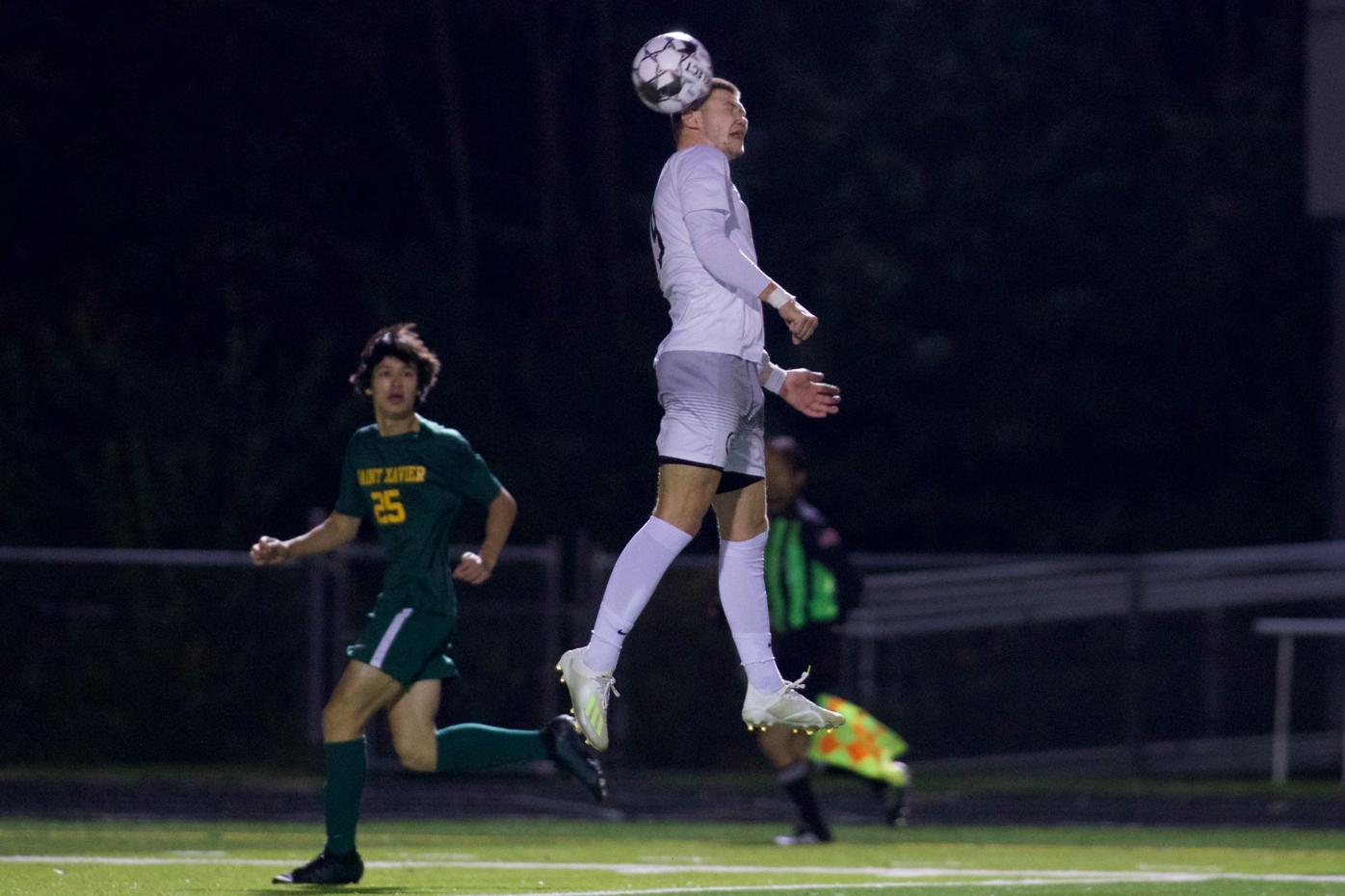 LEXINGTON – A season that began with uncertainty finished in historic fashion for the South Warren boys’ soccer team.

And while the Spartans fell just short of the ultimate goal – a 1-0 loss to St. Xavier on Saturday at Henry Clay High School – there were still plenty of reasons to celebrate.

For one, South Warren was able to navigate through a season that was overshadowed by the COVID-19 pandemic and make the deepest postseason run in program history – becoming only the second Warren County school and the third school from the city of Bowling Green to play for a state title.

With a shortened season due to the pandemic, South Warren nearly played as many postseason games as it did in the regular season, where the Spartans finished 9-0-1.

South Warren’s first loss came in the District 14 championship game, where Warren Central won 1-0 after scoring in the opening minute.

“Whenever we lost to them, it reset all of us,” Spartans senior defender Alex Ortiz said. “We took a moment in practice and talked about it – that we had to refocus. That shouldn’t have happened, but it did. It really did help that we lost, honestly.”

A refocused South Warren team steamrolled through the Region 4 tournament. The Spartans outscored their opponents 25-1 – including a 4-1 win in the title game rematch against Warren Central – to earn the school’s third region title.

Then came the next step – a win over Daviess County in the state quarterfinals that gave South Warren its first trip to the semifinals. In the semis, South Warren rallied past previously unbeaten Ryle, tying the game with five minutes left in regulation, then surviving seven rounds of penalty kicks to earn the shot at a state title.

“We never give up,” Ortiz said after Saturday’s championship game. “That showed that we really wanted it. We obviously didn’t get the result we wanted tonight, but that showed we were willing to fight to get here.”

South Warren went toe-to-toe with No. 1 St. Xavier, with the lone goal coming off a corner kick in the 49th minute.

“It was a great journey,” Ortiz said. “We knew we had to play every game like it was our last because it really could have been. Coming to state, it was a great overall journey for us.”

Senior midfielder Anthony Cano said the journey was made more special because of the bond this team shared.

“Some of these players I grew up with since day one,” Cano said. “For us to make it far, make history, it feels good honestly. I don’t think we should be disappointed.”

Alexander made sure to remind his team that they will always be remembered for what they accomplished in perhaps one of the most difficult seasons imaginable.

“We had big expectations going in the whole season,” Alexander said. “We knew that it was going to be hard to get there and they put in the work to get there. They bought into everything that we did. They will have a state runner-up banner in the school that they can come back and look at and know that it is always theirs. It is always something they did and they were the first to do it.”

Alexander added that he hopes this historic run will lead to more.

“I hope this is the first of many trips for us,” Alexander said. “I hope we get a few more opportunities to actually get a state championship here.”{&end}