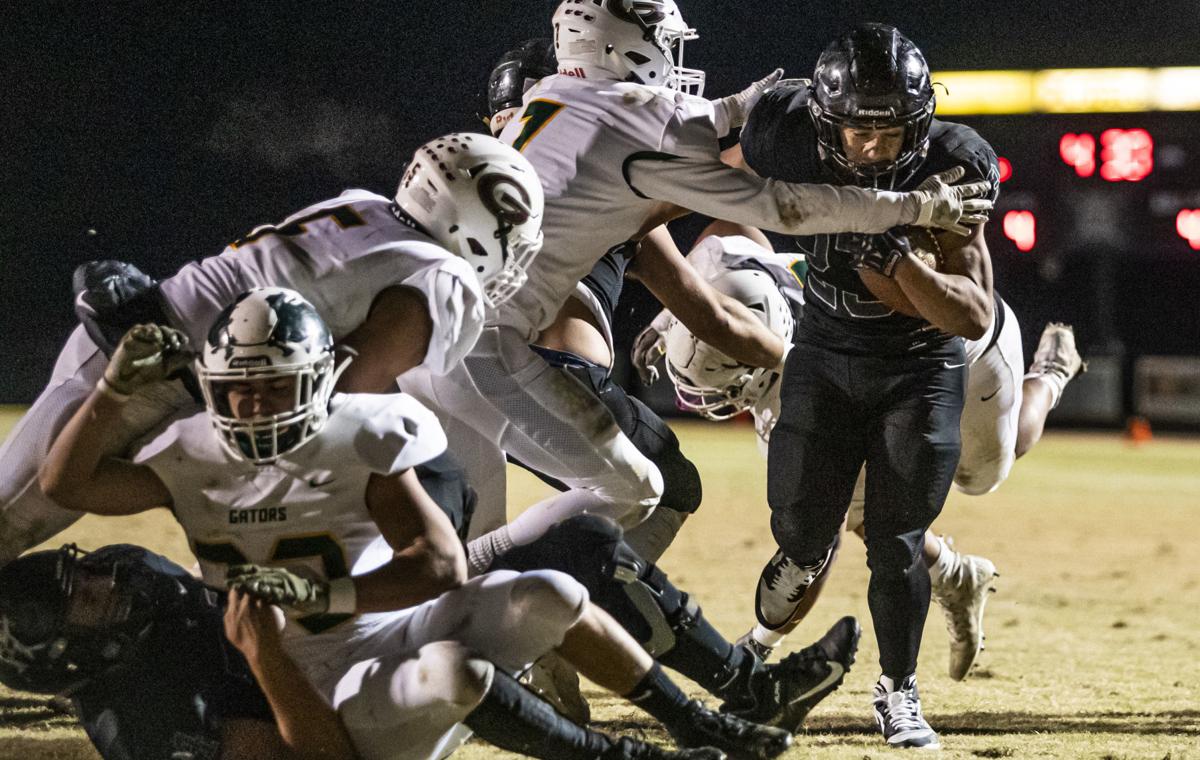 South Warren running back Kobe Martin (right) is hit by Greenwood defensive back Parker Scott during the Spartans’ 33-11 win Friday in the first round of the Class 5A state playoffs at South Warren High School. 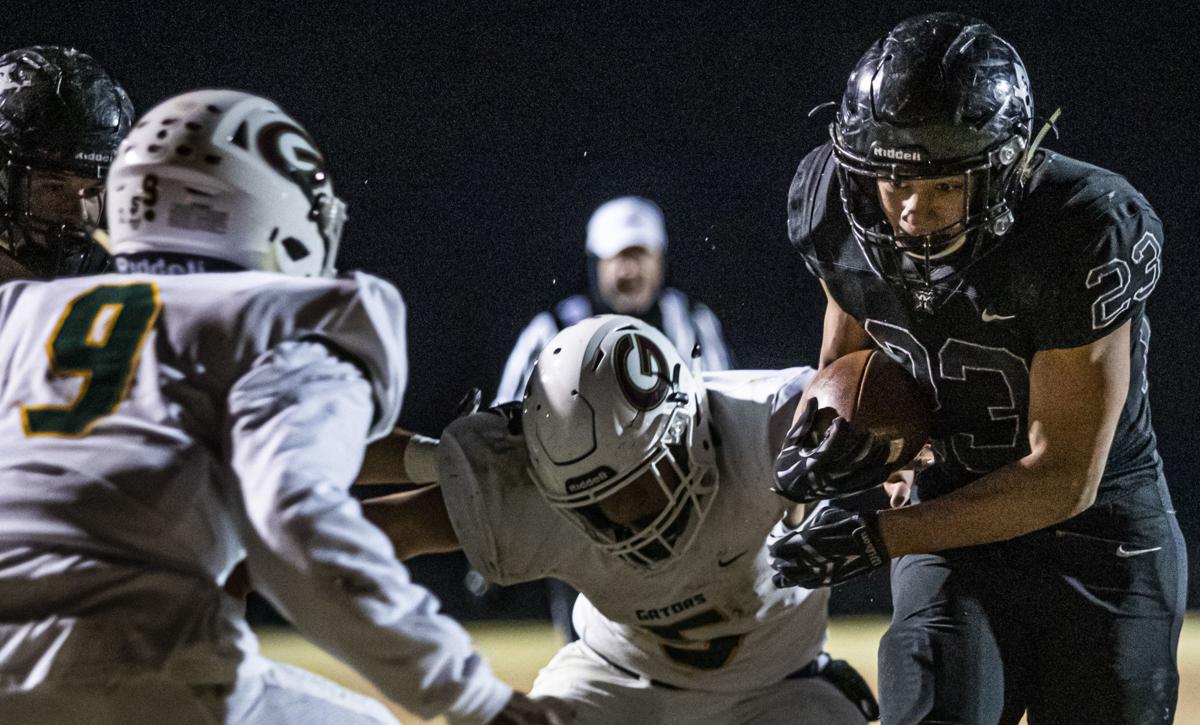 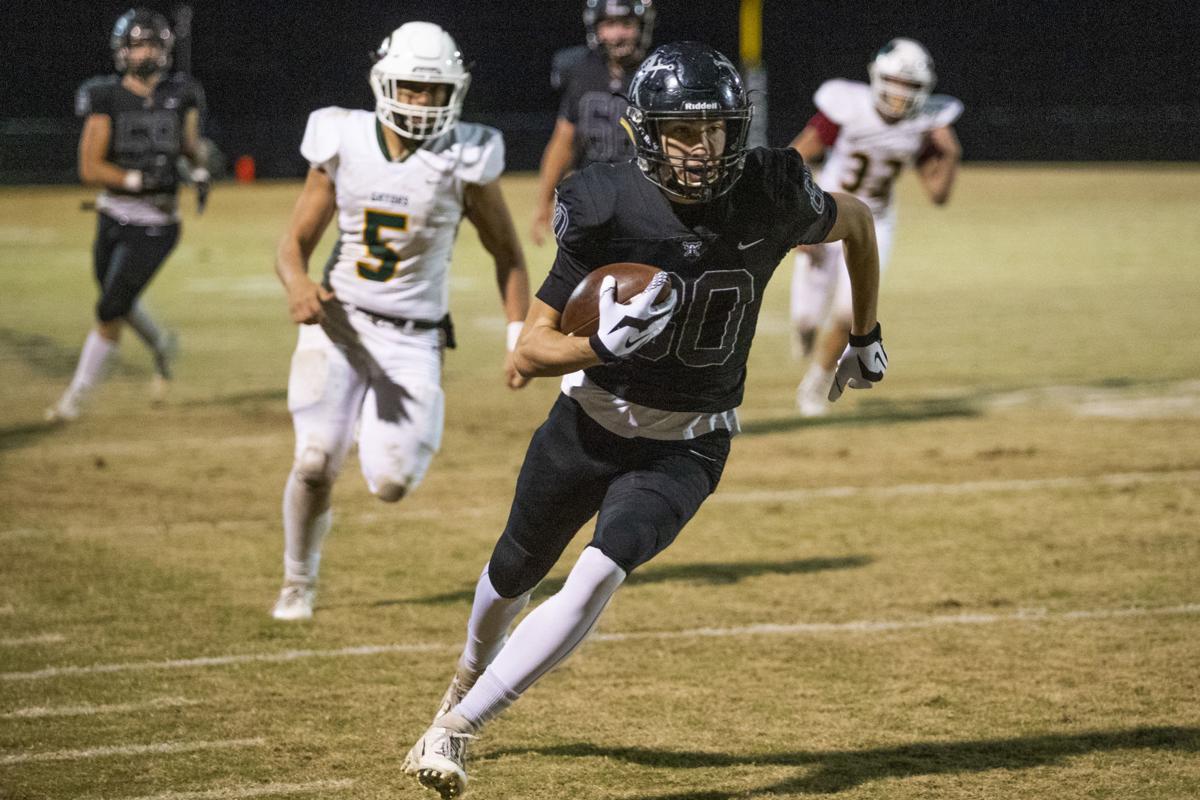 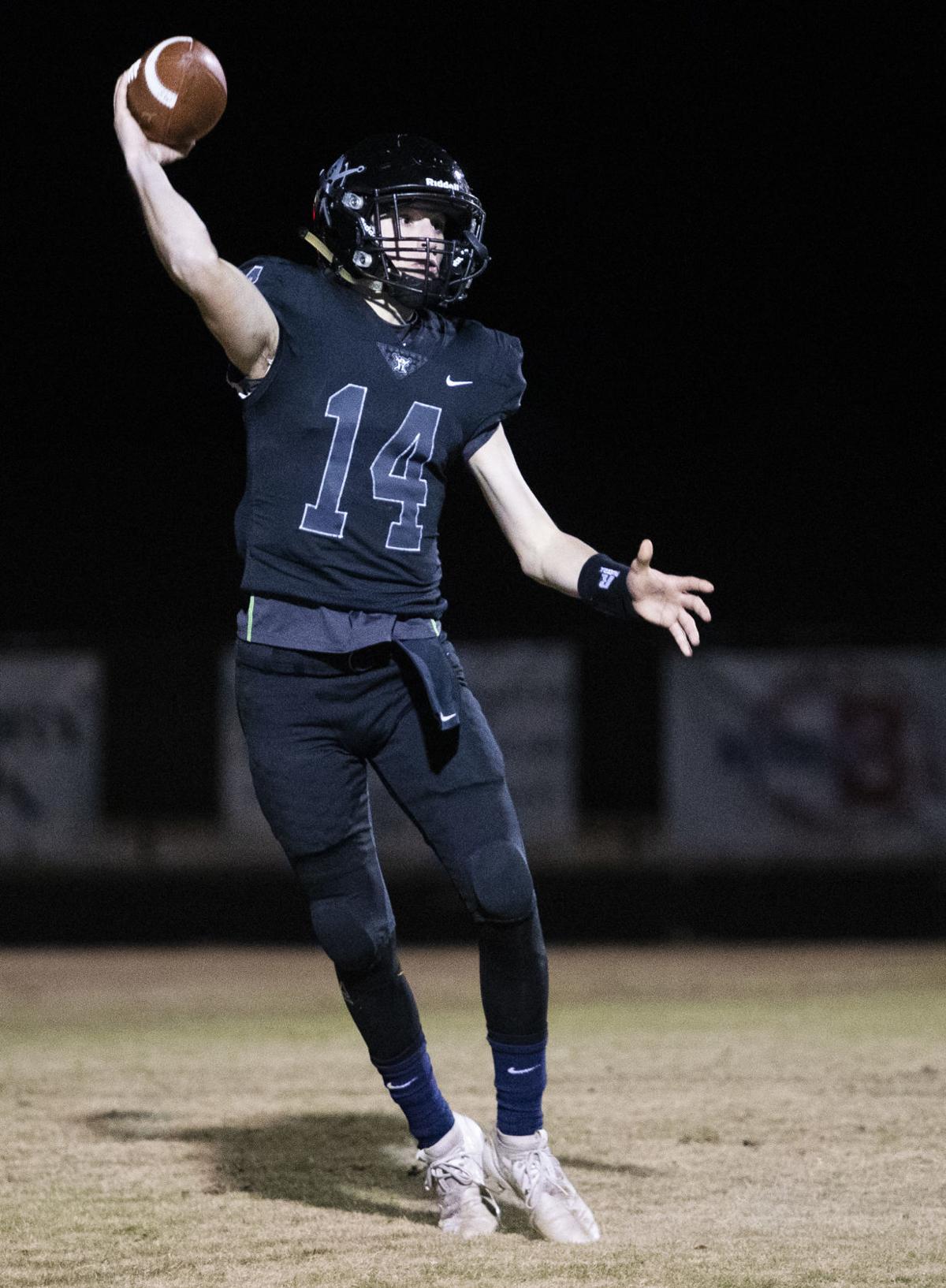 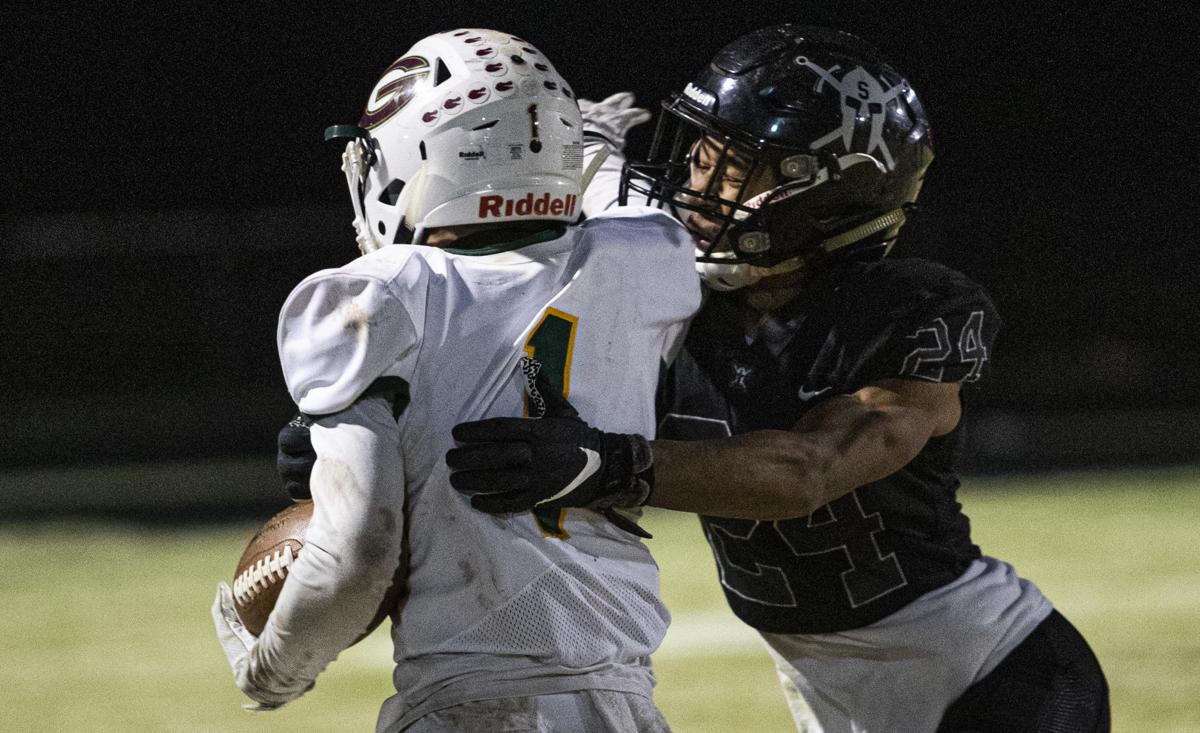 South Warren running back Kobe Martin (right) is hit by Greenwood defensive back Parker Scott during the Spartans’ 33-11 win Friday in the first round of the Class 5A state playoffs at South Warren High School.

South Warren got off to a slow start in the regular-season meeting with Greenwood before pulling away for the win.

On Friday, with the season on the line, the Spartans got off to another slow start against the Gators.

South Warren didn’t pick up a first down in the first quarter, but a 55-yard run from Kobe Martin in the second set up the team’s first score and the Spartans’ defense stepped up to top the Gators 33-11 in the first round of the Class 5A state playoffs.

“That’s the goal this time of year – to move on – and they gave us some fits again and, really, I thought it kind of played out a lot like it did the first go-around,” South Warren coach Brandon Smith said. “We made enough plays in the second half to pull it out and this time of year you can’t dwell on it too much. You’ve just got to take it and move on.”

After a scoreless first quarter where both teams struggled to move the ball, Greenwood (5-6) got on the board with a 22-yard field goal from Ben Patterson. The senior kicker had helped put the Gators up 9-8 at halftime against the Spartans (10-1) on Oct. 18 at The Swamp, before South Warren eventually pulled away for a 36-18 win.

The Spartans failed to pick up a first down until an 8-yard run from Martin with less than seven minutes to play in the first half. The sophomore back followed it with a 55-yard run on the next play to put the Spartans at the Greenwood 14-yard line, and the Spartans eventually took a lead they wouldn’t surrender with a 2-yard run from Martin, who finished the game with 149 yards and three touchdowns on 22 carries, after rushing for four scores in a victory over Logan County the week before.

“It sparked us a lot because at first we were struggling and then I got that run and we just rose it up,” Martin said.

From there, South Warren’s defense was the key.

The Spartans forced the Gators to punt on their next possession, but a fumble from quarterback Mason Willingham gave Greenwood back the ball on South Warren’s 29-yard line. Penalties and negative plays backed the Gators up to their own 47 and they weren’t able to take advantage of the short field, eventually turning the ball over on downs when John Morrison’s fourth-down pass was deflected by Jay Whalen.

South Warren held Greenwood to nine rushing yards in the first half and 40 passing yards. The Spartans took a 10-3 lead into the break with a 33-yard field goal from Eldar Dervisevic.

“We had some opportunities offensively, we just didn’t quite connect on them,” Greenwood coach William Howard said. “Their defensive front is really good and I didn’t think we did a very good job sometimes of opening up holes that we needed to open up.”

South Warren’s defense continued from there, forcing a three-and-out to start the second half before Luke Burton sacked Morrison in the end zone for a safety on Greenwood’s second possession in the third quarter to make it 12-3.

The Spartans scored on a 3-yard run from Martin when they got the ball back, before giving up the only other score to Greenwood – a 1-yard run from Yuji Ogawa. Morrison found David Odom on the two-point conversion to make it a one-possession game.

South Warren’s lead grew with a 1-yard touchdown run from Martin and a 1-yard run from Weonard Hopkins, who added 36 yards on five carries late.

Whalen capped off South Warren’s defensive performance with an interception, allowing his team to run the clock out for the 33-11 victory. The Spartans limited the Gators to just 5 yards on the ground and 88 through the air.

The Spartans move on to the second round, where they will travel to Bowling Green. The Purples beat Christian County 37-6 on Friday. South Warren’s only loss in the last two seasons came to Bowling Green 14-3 on Oct. 4.