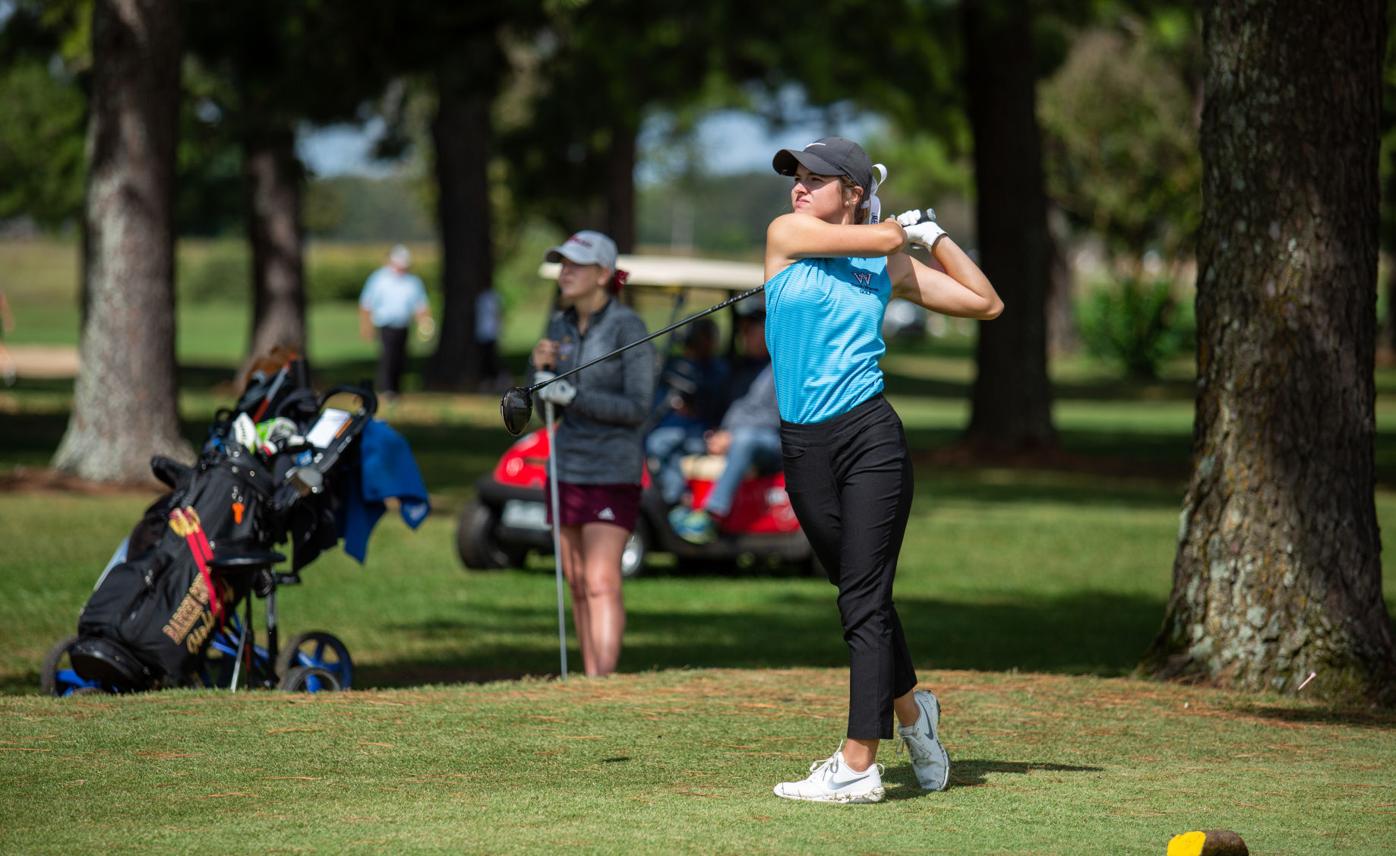 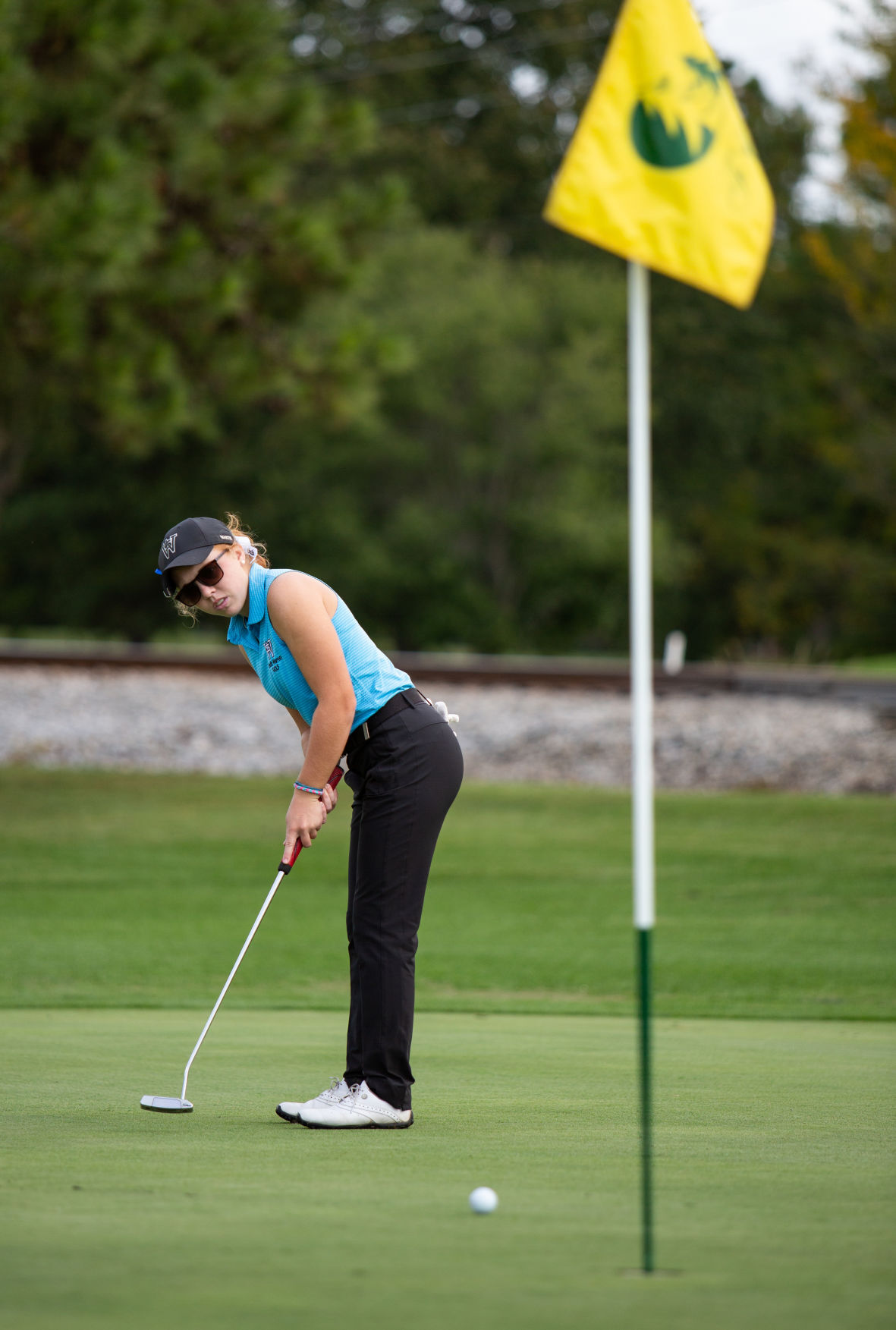 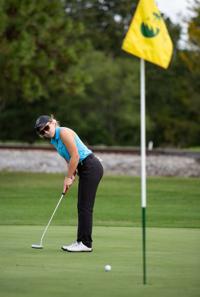 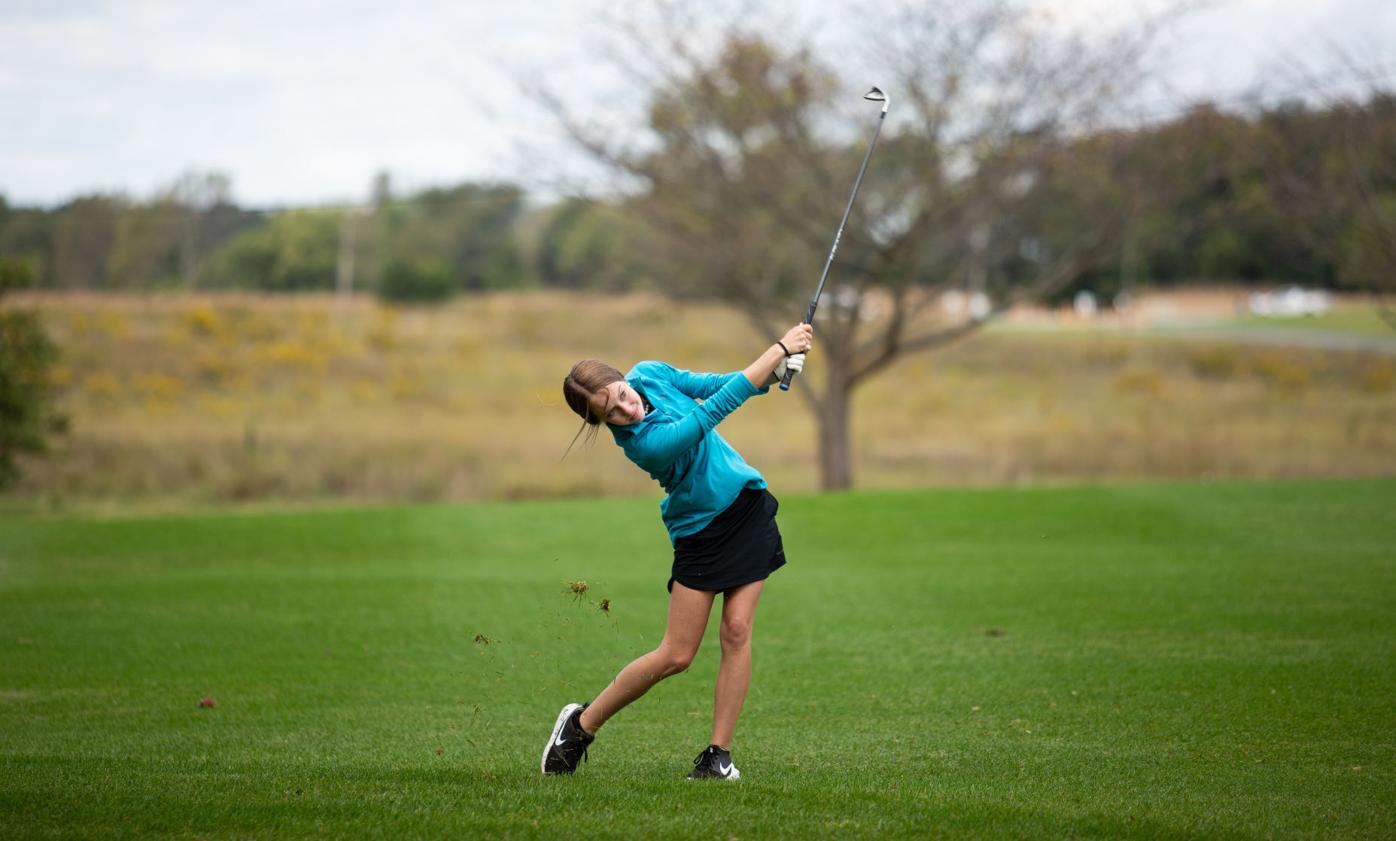 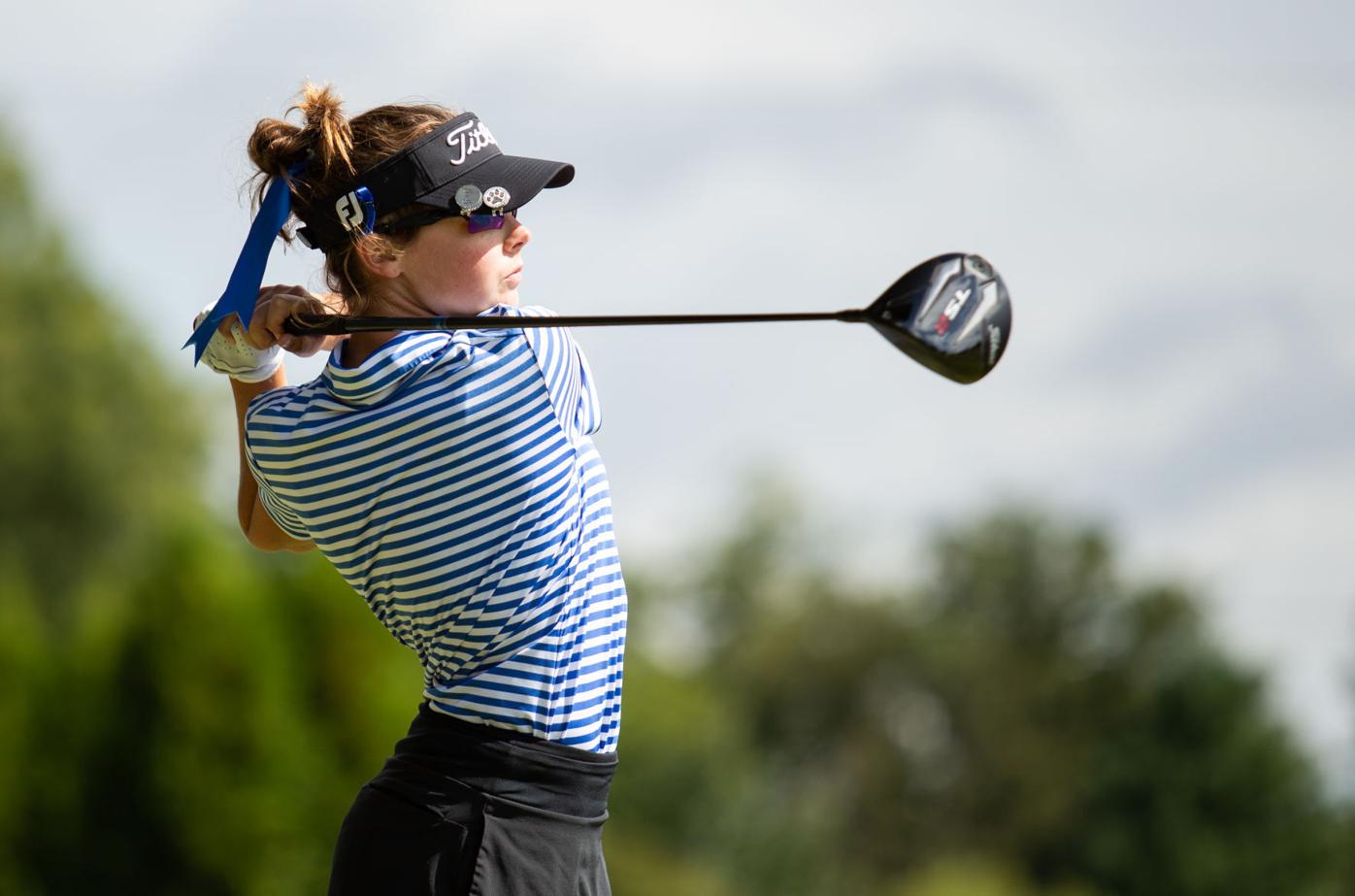 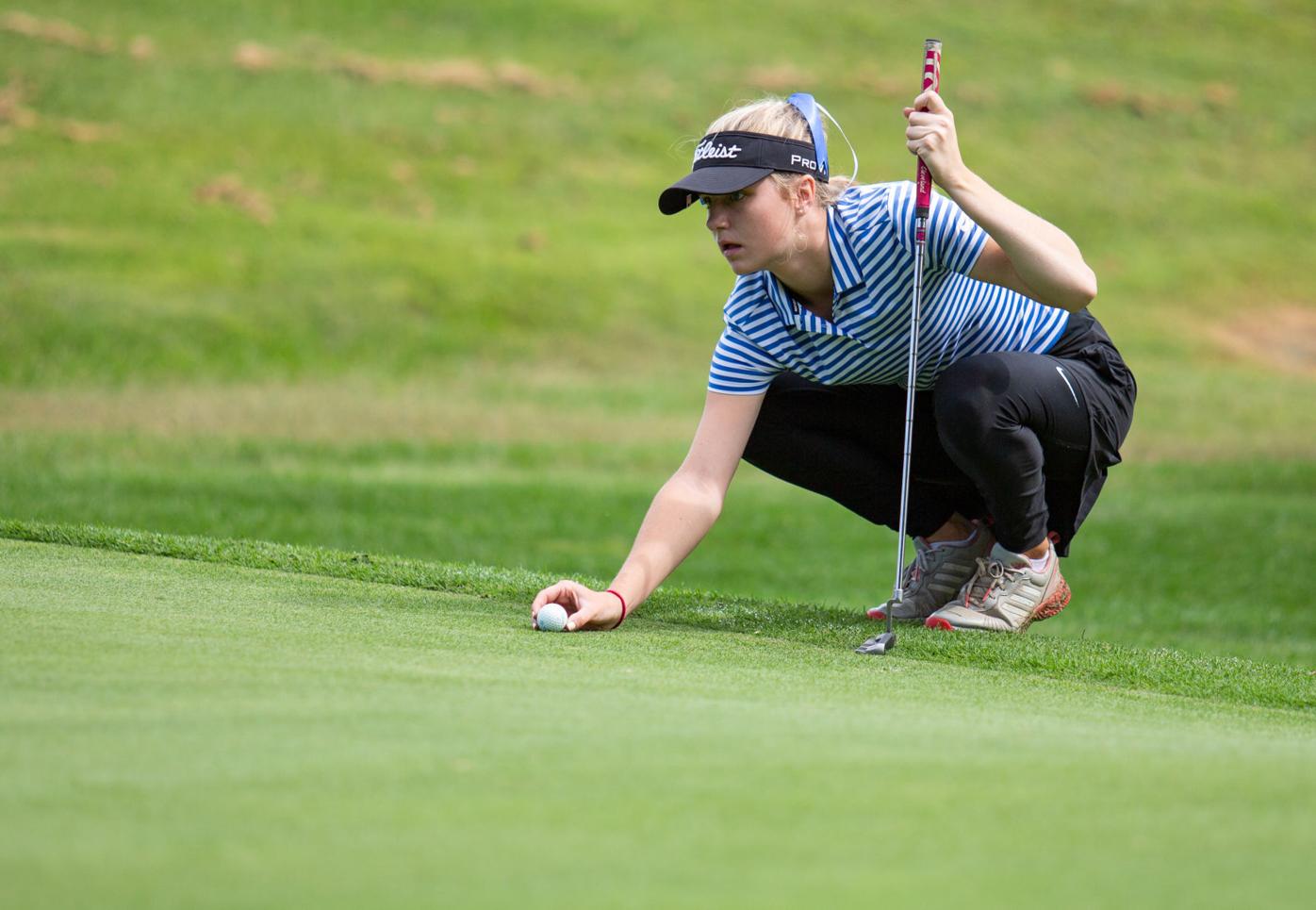 Graycen Flatt of Glasgow lines up her ball before putting during the Region 3 Girls Golf Tournament at Franklin Country Club on Tuesday, Sept. 29, 2020. (Grace Ramey/photo@bgdailynews.com) 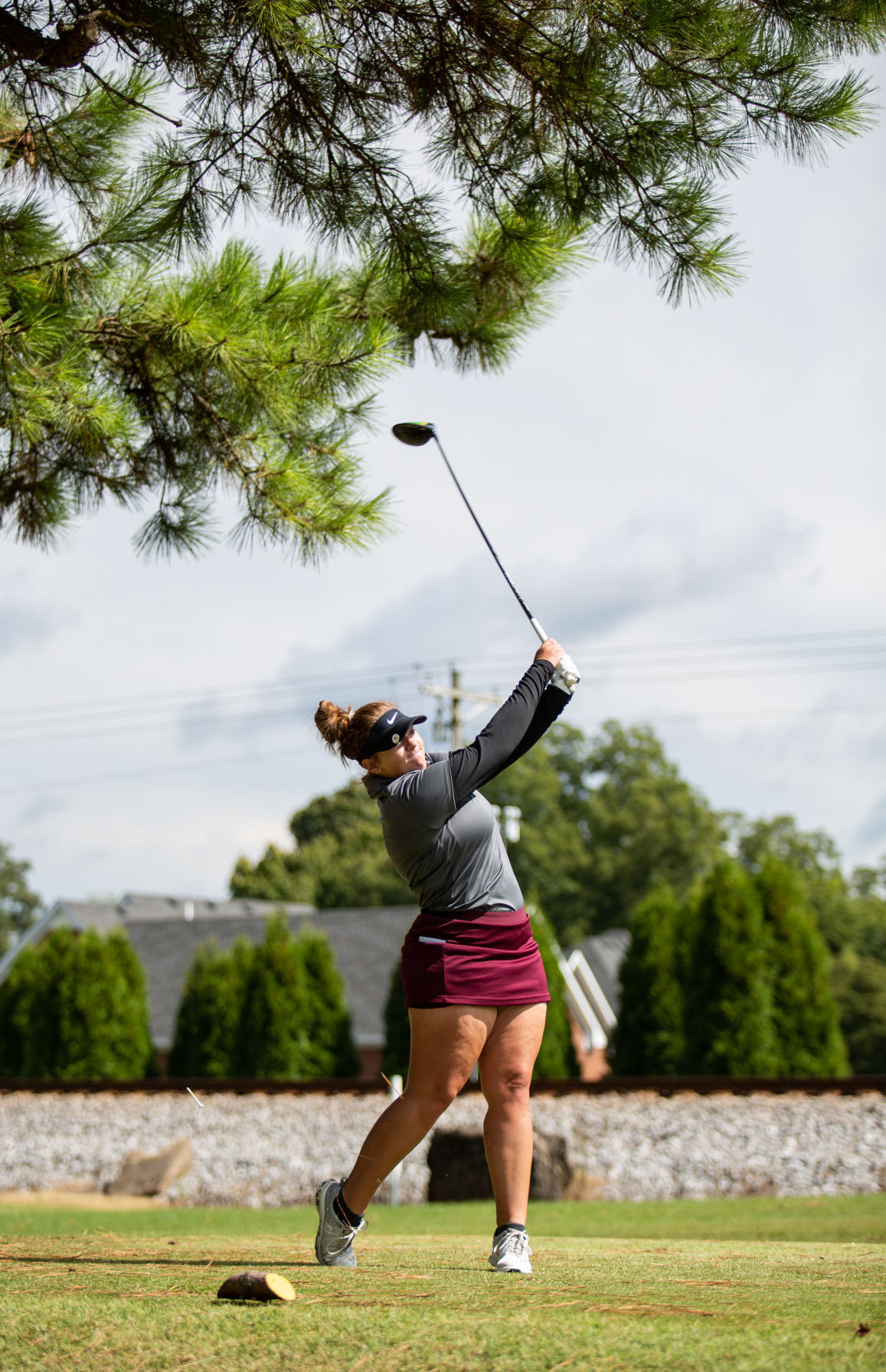 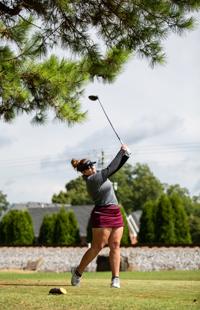 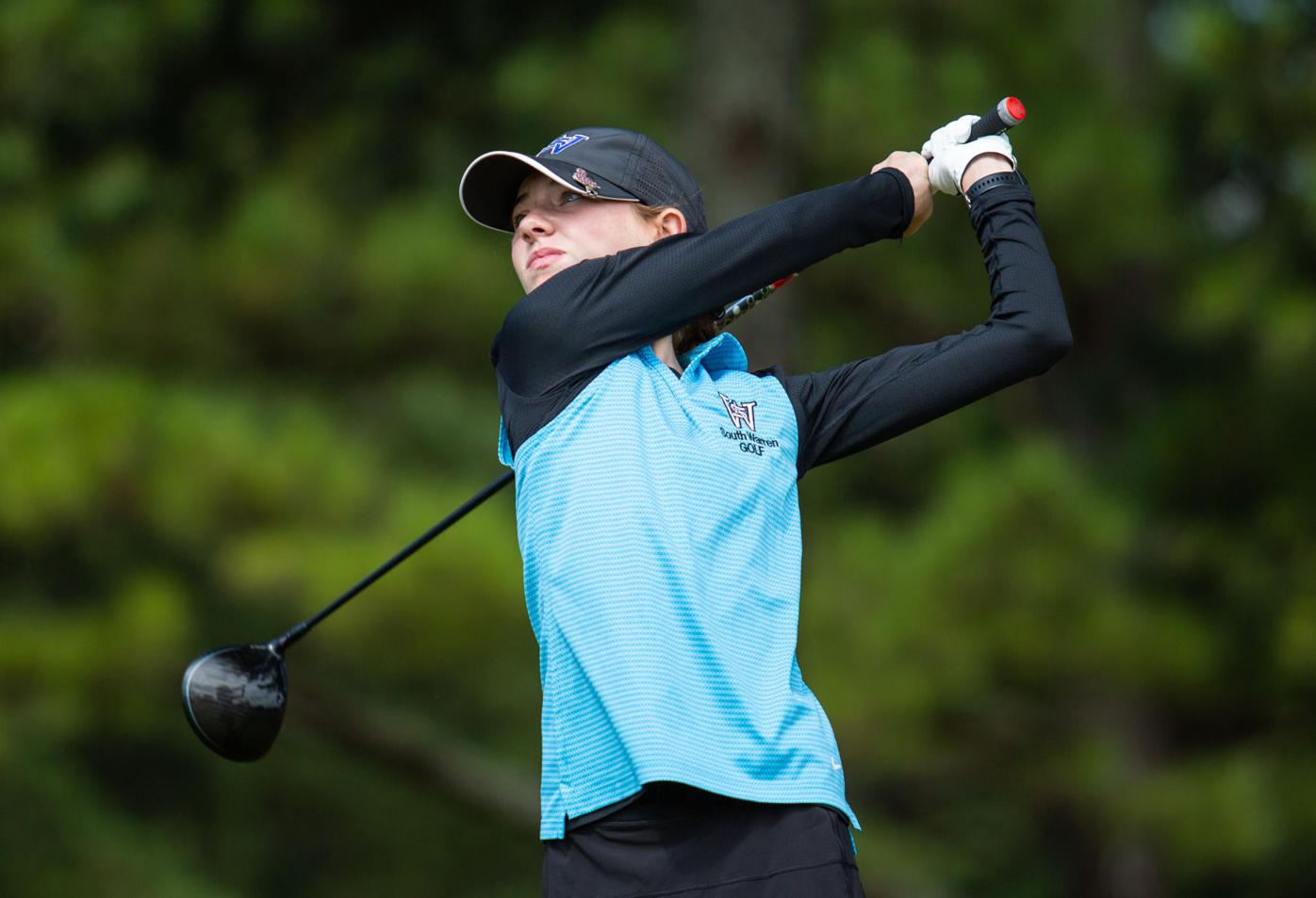 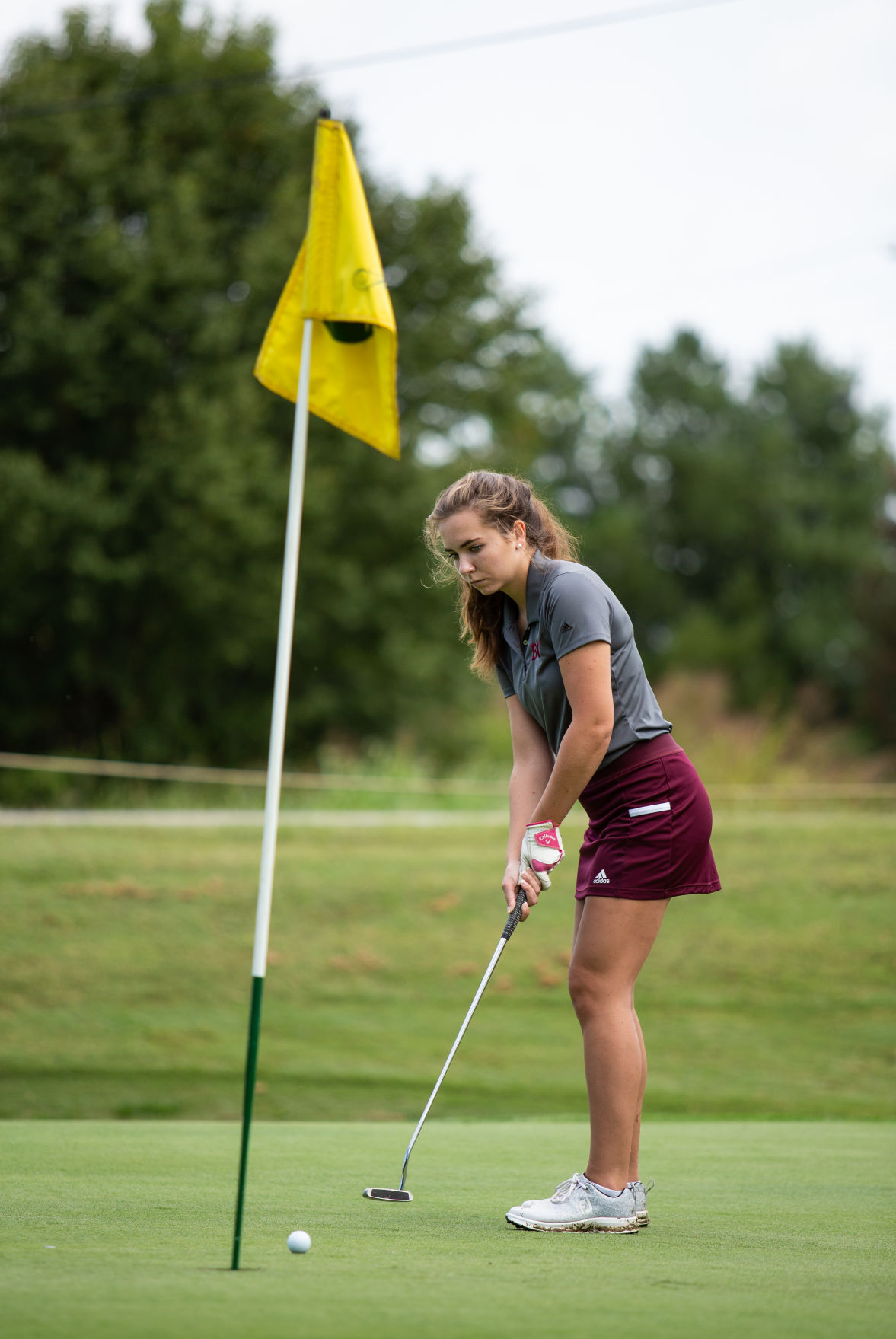 Graycen Flatt of Glasgow lines up her ball before putting during the Region 3 Girls Golf Tournament at Franklin Country Club on Tuesday, Sept. 29, 2020. (Grace Ramey/photo@bgdailynews.com)

South Warren overcame a four-shot deficit through nine holes to finish with a team score of 308 – beating runner-up Glasgow by nine shots.

“I preach the short-term memory syndrome,” South Warren coach Eric Holeman said. “You can’t worry about the last shot, the last hole or, in this case, the last nine. You’ve got to keep focusing forward and trying to improve yourself.

“They’ve worked hard as individuals. Then when we get together as a team, you can just see it all come together.”

South Warren was led by senior McKenna Stahl, who fired a 72 to earn the individual title on Tuesday.

“I had a lot of confidence in the team just because whenever we played here for Franklin’s invitational (earlier this year) we did really well,” Stahl said. “It’s nice to know the team plays well together and we have each other’s back.”

“I had a lot of scrambling out there, but my short game really, really helped me today,” Stahl said. “That’s what pulled me together.”

Holeman said he was impressed with the way Stahl kept it together during her round.

“McKenna struggles with some shots, but the thing about her is she bounces right back and forgets about that last shot and focuses on the next one,” Holeman said.

South Warren had three golfers finish in the top five. Sydney McClanahan finished tied for third with a 75, while Faith Martin was fifth with a 77.

The region title comes nine days after the Spartans finished fourth at the All-State tournament – with Stahl finishing fourth overall. Holeman said his team has a lot of confidence heading into next week’s KHSAA state tournament at the Bowling Green Country Club.

“Right now we are playing pretty well as a team,” Holeman said. “We hope it carries over to next week.”

Gaunce earned her spot after beating Glasgow’s Graycen Flatt in a three-hole playoff.

“Honestly, I wasn’t very nervous,” Gaunce said. “I realized whoever was more nervous was probably going to freak themselves out, so I went into it with no expectations. I just thought I’d play golf and try my best.”