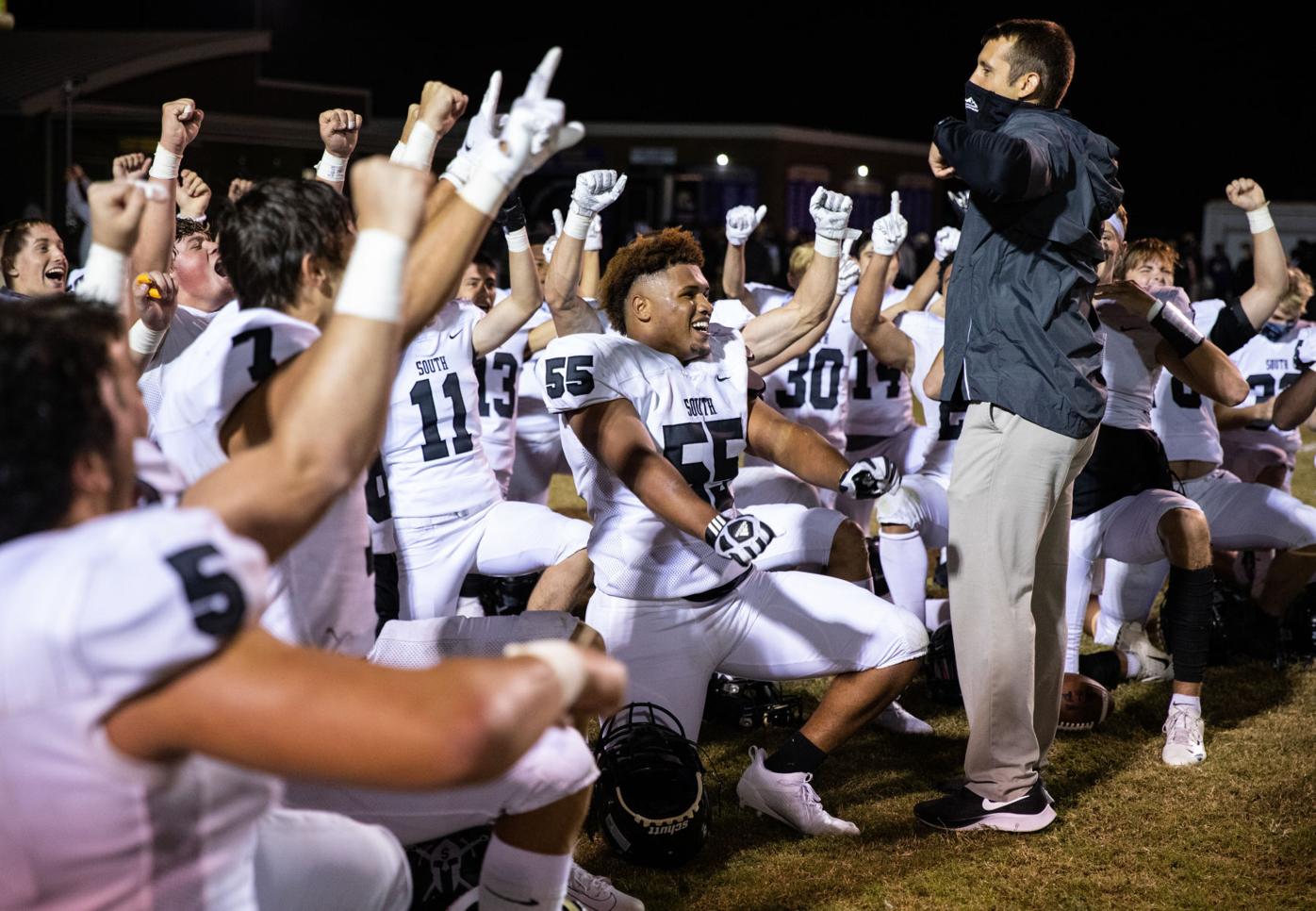 South Warren coach Brandon Smith celebrates with his team after Friday’s 10-7 win at Bowling Green. For more photos and video from the game, visit bgdailynews.com. 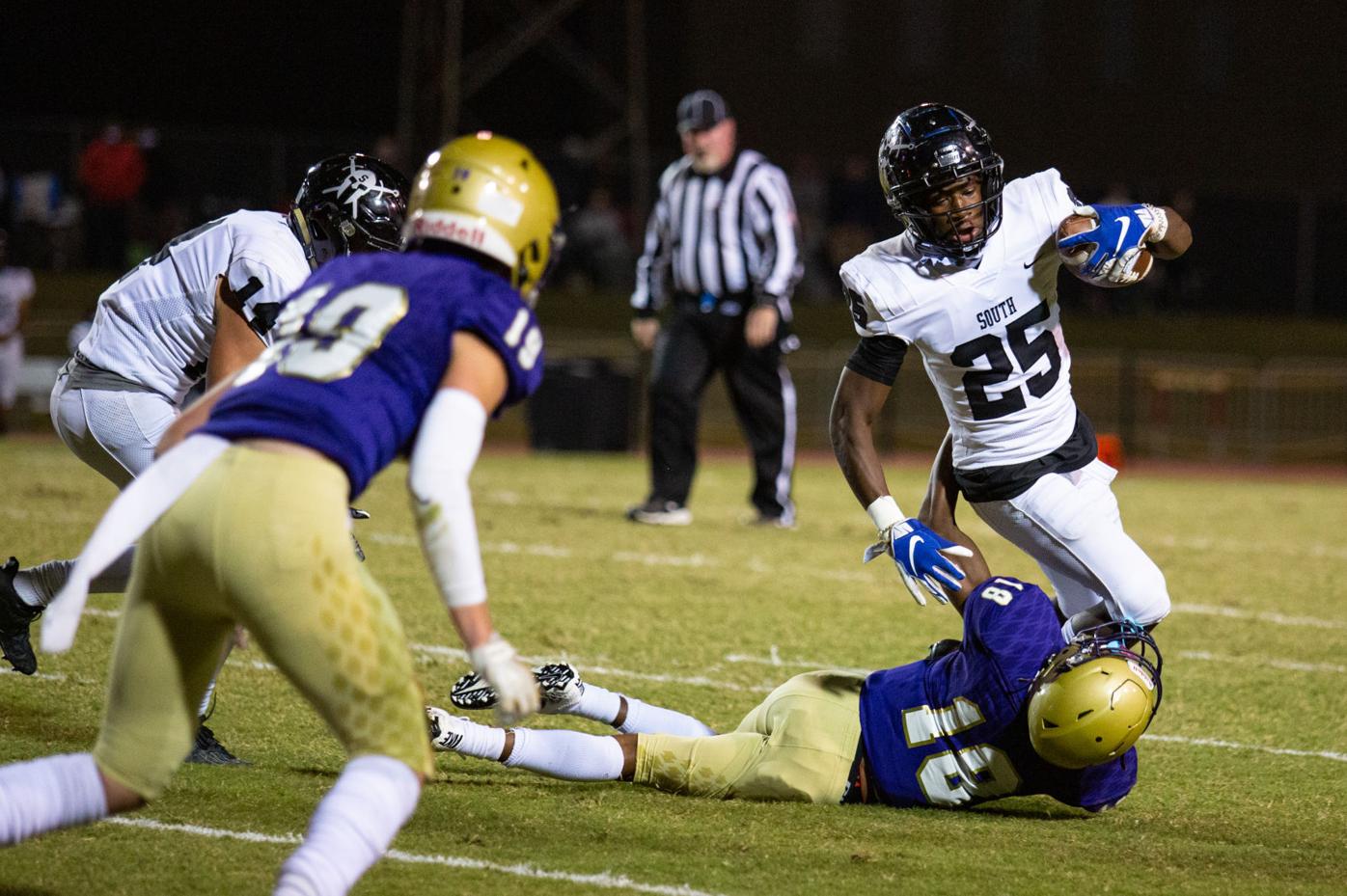 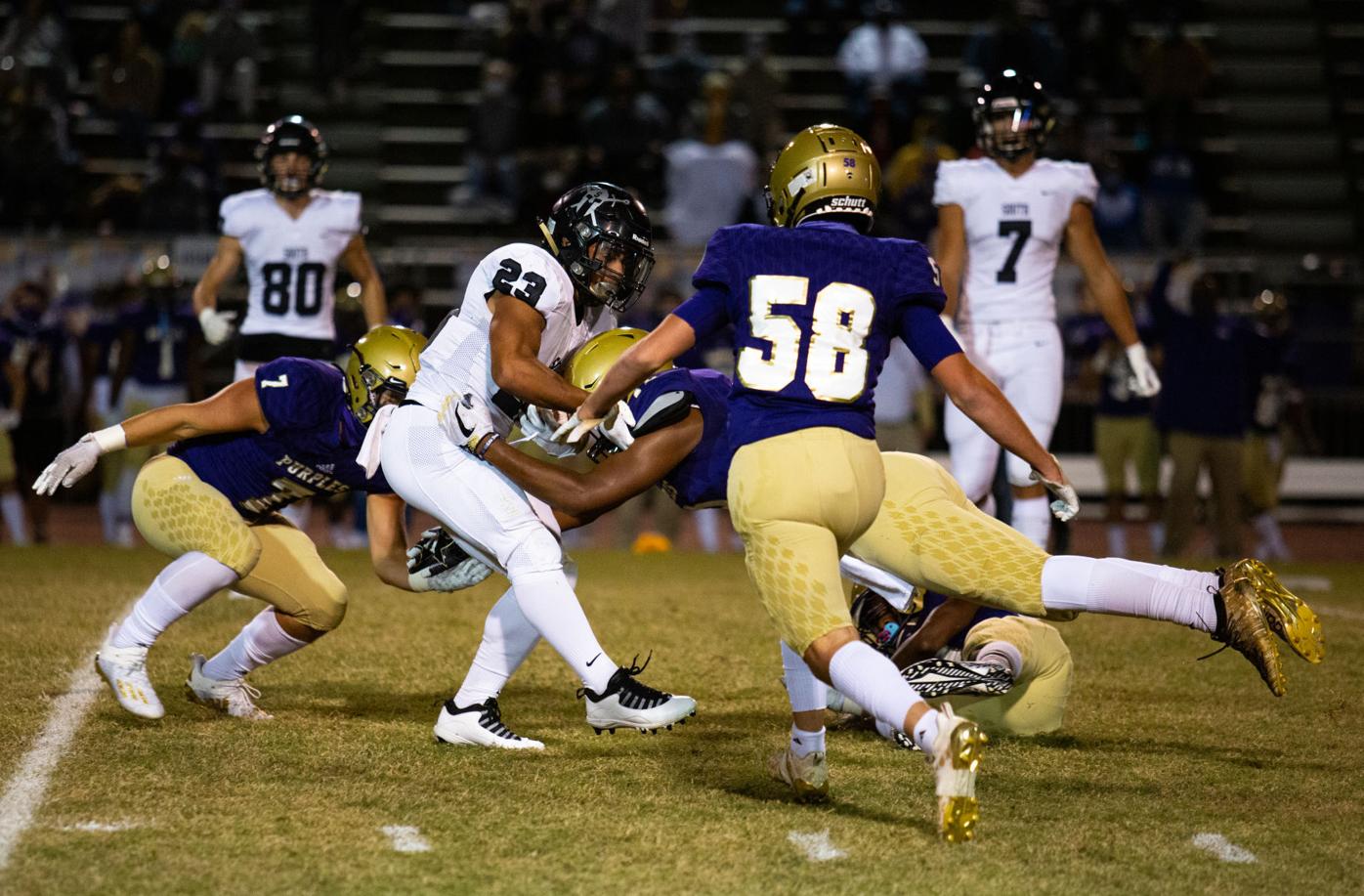 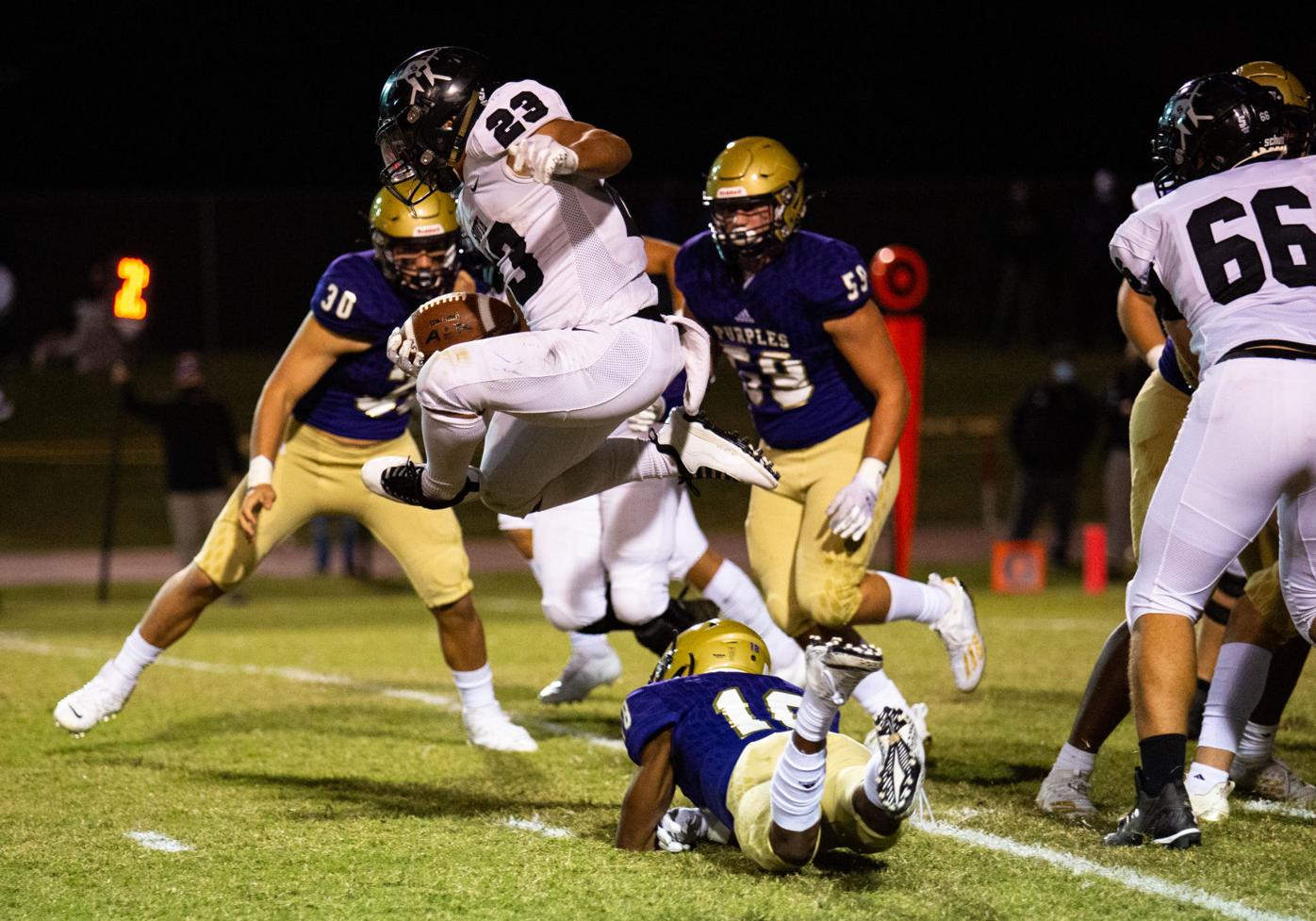 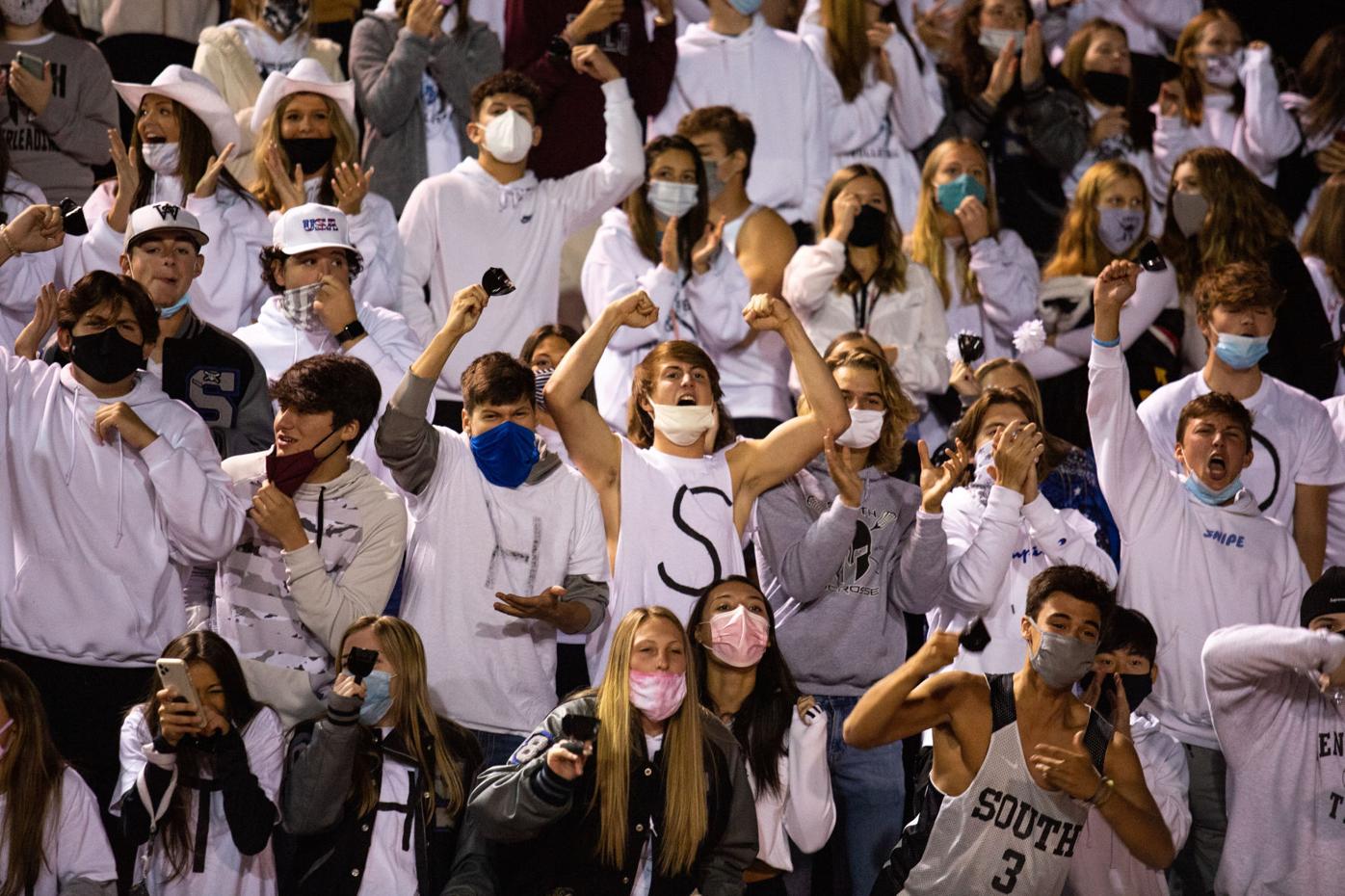 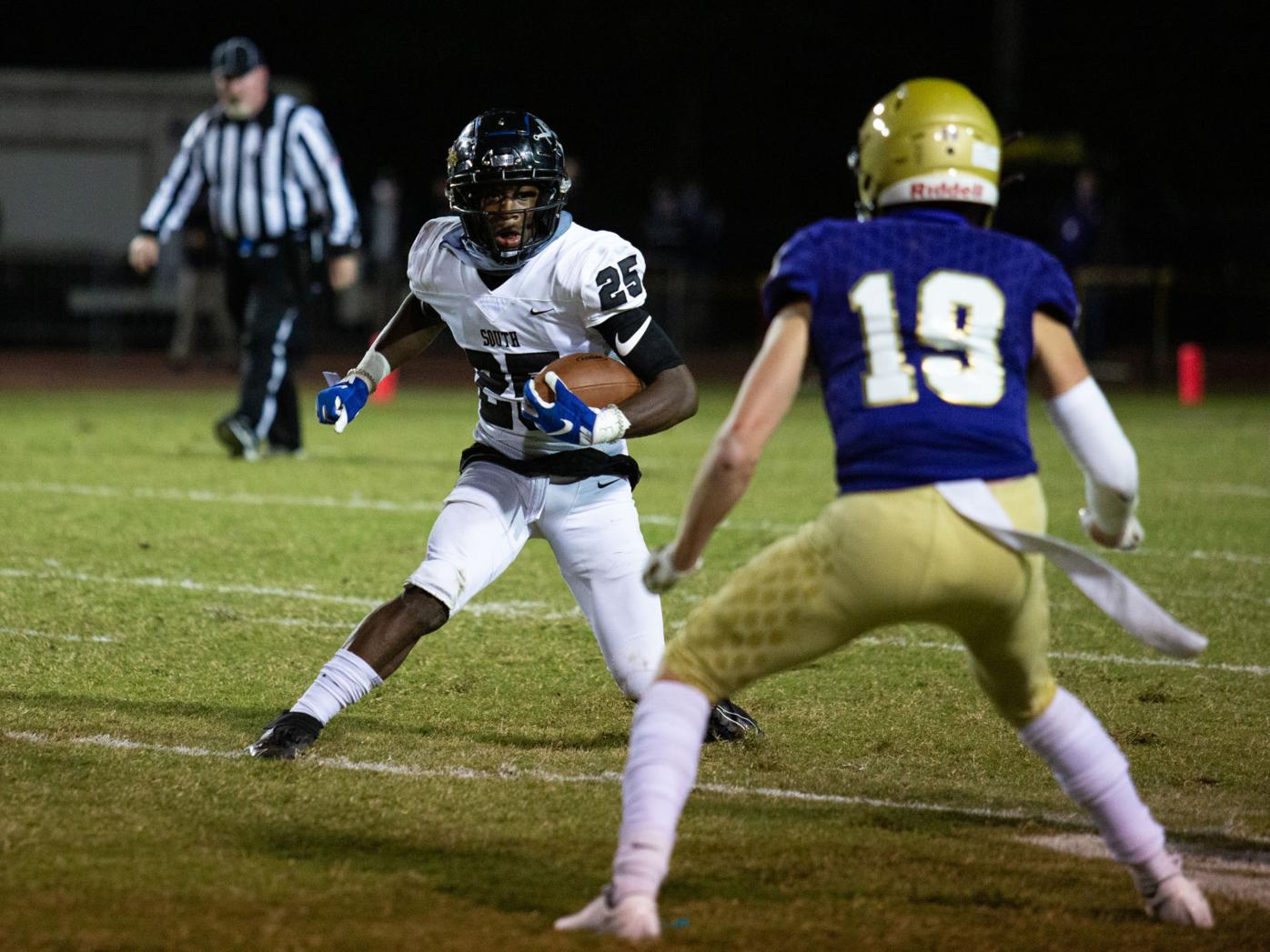 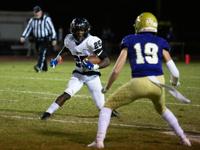 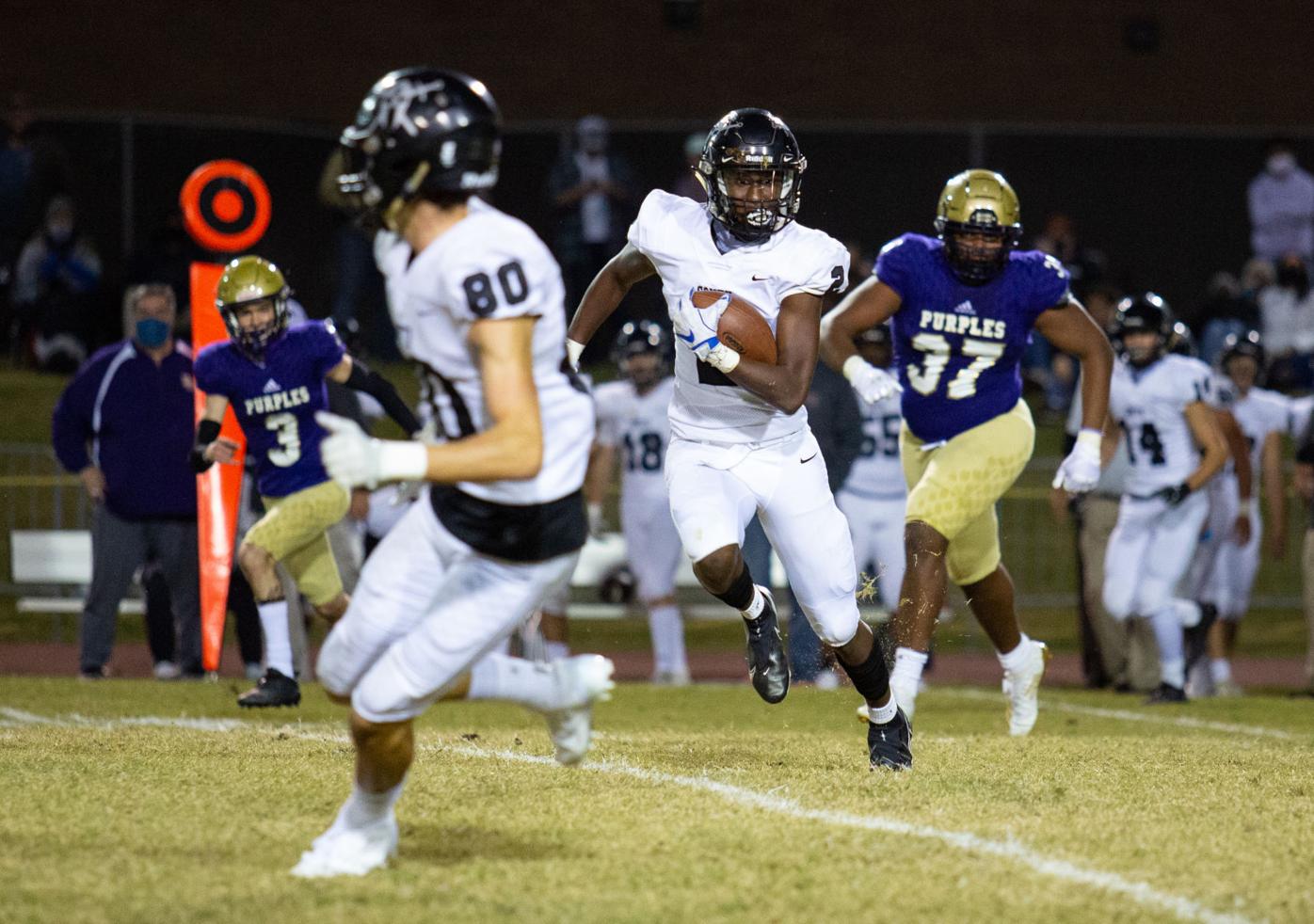 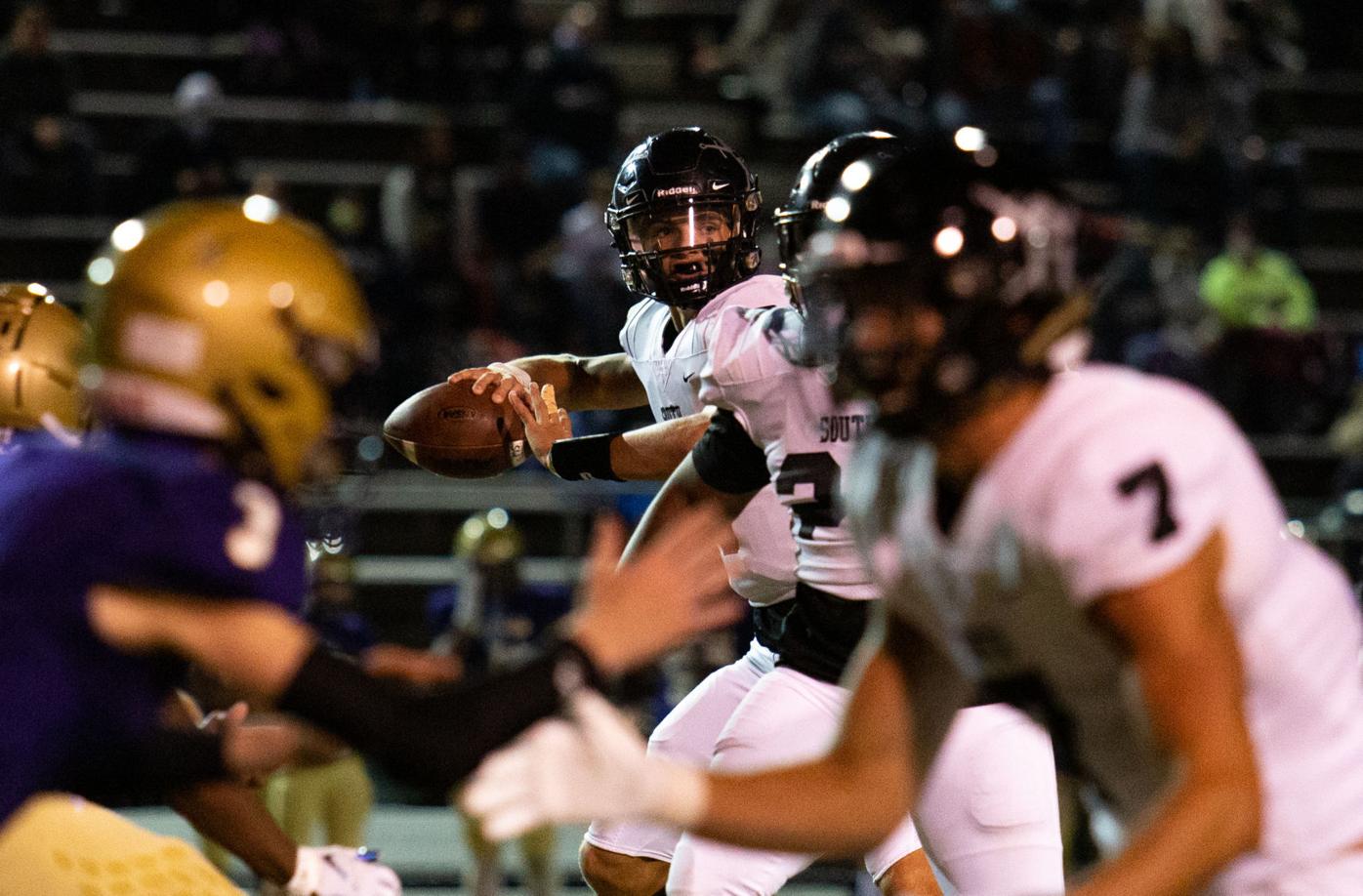 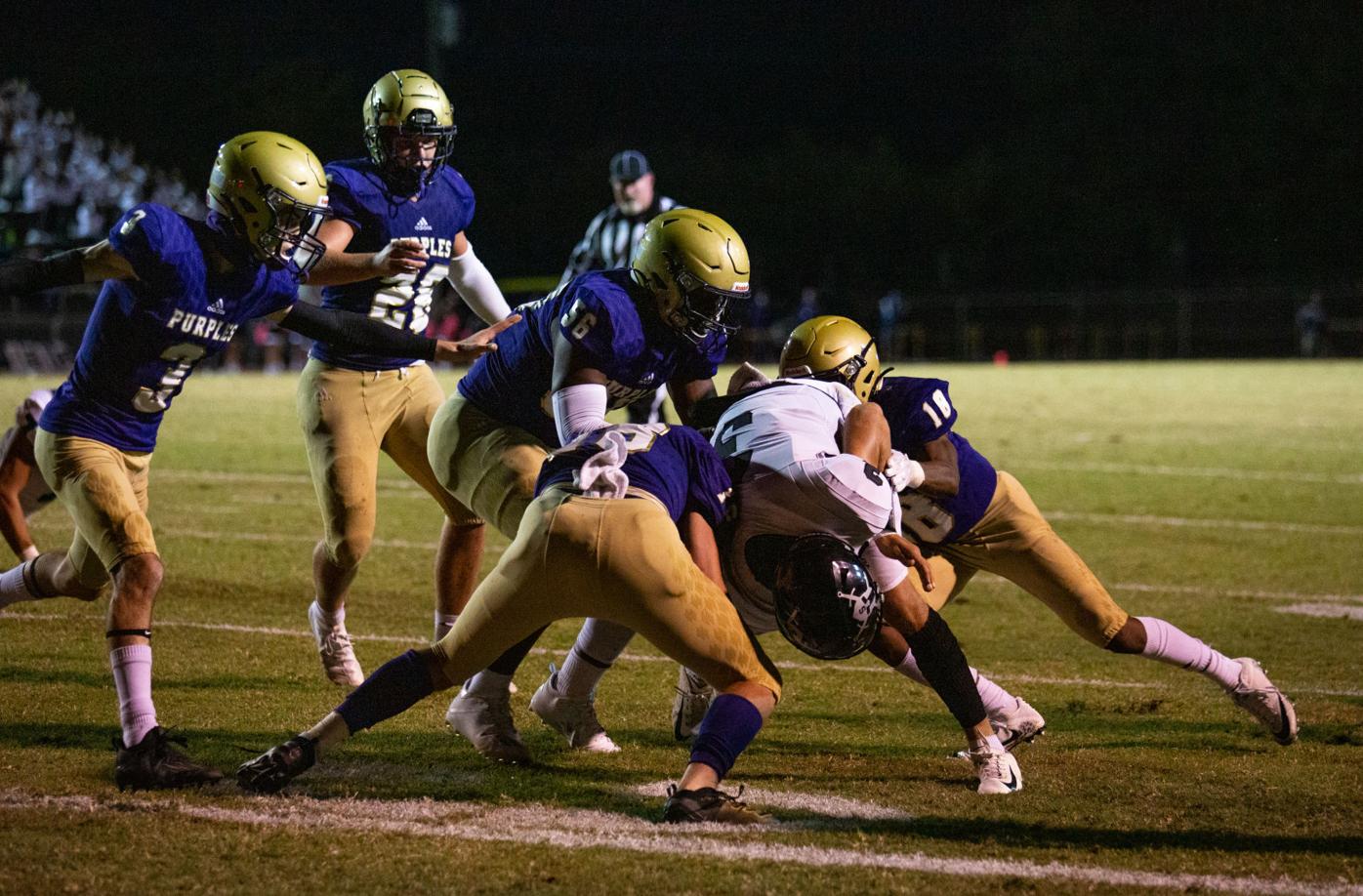 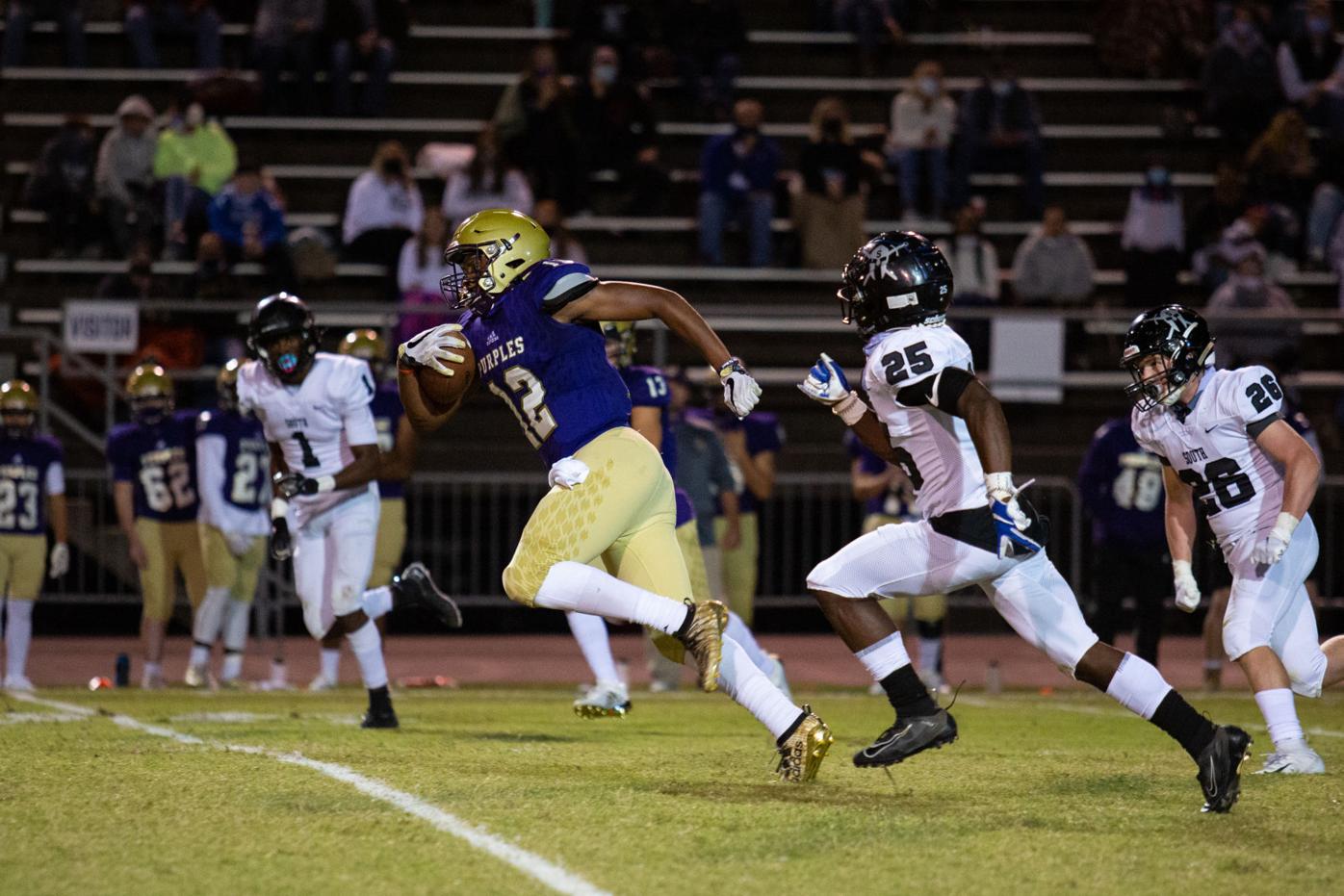 South Warren coach Brandon Smith celebrates with his team after Friday’s 10-7 win at Bowling Green. For more photos and video from the game, visit bgdailynews.com.

In a game where offense was at a premium, it was a game-changing 20-play drive in the second half that provided the spark for South Warren in Friday’s 10-7 win against Bowling Green on Friday at El Donaldson Stadium.

South Warren (3-0 overall, 1-0 Class 5A, District 2) scored all 10 points in a five-minute span and survived a late score by the Purples to win a battle between two of the top 3 teams in the AP 5A state poll and earn the program’s 100th victory all-time.

“I thought that was two really good teams going at it right there,” South Warren coach Brandon Smith said. “It was just battling and pounding. It was a really physical game. The thing about it is when we play different teams and they play different teams, it’s not like that. It’s a little more finesse – dink and dunk – but every time we play this game it is just a flat out physical downhill match.”

Bowling Green (2-1, 0-1) entered Friday’s contest ranked No. 2 in the latest AP poll, with the Spartans third, and the first half proved to be a stalemate with neither offense able to find its footing.

Both teams turned it over once in the first half, BG on its opening drive at its own 15. But the Spartans missed a field goal, which would be the only real scoring chance in the half.

“We put together some really good drives, we just didn’t finish them off,” South Warren quarterback Caden Veltkamp said. “That’s what we said at halftime, ‘We have to finish these drives. If we do that we are going to win this game.’ ”

The Spartans’ offense finally got going with 8:09 left in the third quarter.

South Warren started at its own 1 and it took 10 plays – three conversions on third down – to get the ball across midfield. The Spartans continued to chew time off the clock, converting another third down with a 10-yard run from Avrin Bell that set up first-and-goal at the 7 to start the fourth quarter.

Bowling Green’s defense kept South Warren from getting in the end zone, but Eldar Dervisevic got the Spartans on the board with a 21-yard field goal with 10:39 left to cap the 20-play drive that lasted 9½ minutes.

“We had the ball forever,” Veltkamp said. “We had to have the ball for like 10 minutes or something like that. We took a lot of time off the clock, kept the ball away from their offense and gave our defense a rest.”

The Purples were unable to respond on the next drive, punting it away after six plays. South Warren’s offense continued the momentum from the previous drive, going 62 yards on seven plays to take a 10-0 lead on Veltkamp’s 5-yard keeper with 5:52 left.

Bowling Green coach Mark Spader said the 20-play drive took a lot out of his defense.

“You know how that goes – when you put together first downs, that saps the defense,” Spader said. “We did a pretty efficient job in the first half of getting off the field. They picked up some first downs. They hit us with a few plays, but we were able to settle in. For some reason we just had some breakdowns. I was proud of holding them to a field goal and it looked like we had a counter to that with our offense … we had a little something going, but I felt like our defense went out there pretty quick after that.”

Bowling Green’s offense finally got going, with Javeius Bunton’s touchdown run with 19.6 seconds remaining, but the Spartans recovered the onside kick to preserve the victory.

“I never questioned our kids’ effort,” Spader said. “The intensity and effort was there for both teams all night. Their heart was in it and they are crushed right now. We have to get in here and watch film tomorrow and go to work next week during our fall break.”

Veltkamp finished 18-for-29 for 154 yards, while Kobe Martin had 78 yards rushing on 24 carries for the Spartans.

Bunton had 72 yards rushing on 19 carries for Bowling Green, while Conner Cooper finished 8-for-17 for 117 yards passing.

“We were able to contain the run and we contained the quarterback from getting out of the pocket,” South Warren junior linebacker Luke Burton said. “We tried to force them to pass the ball and it worked.”