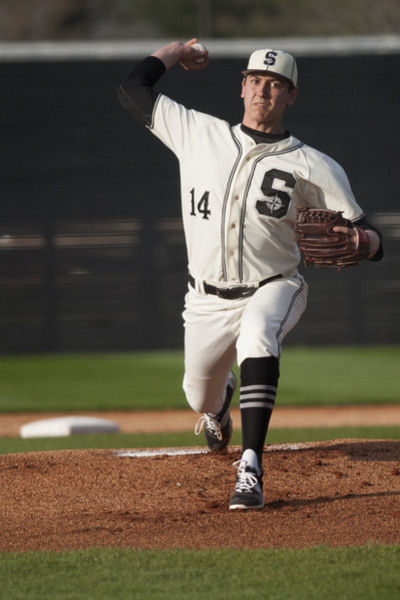 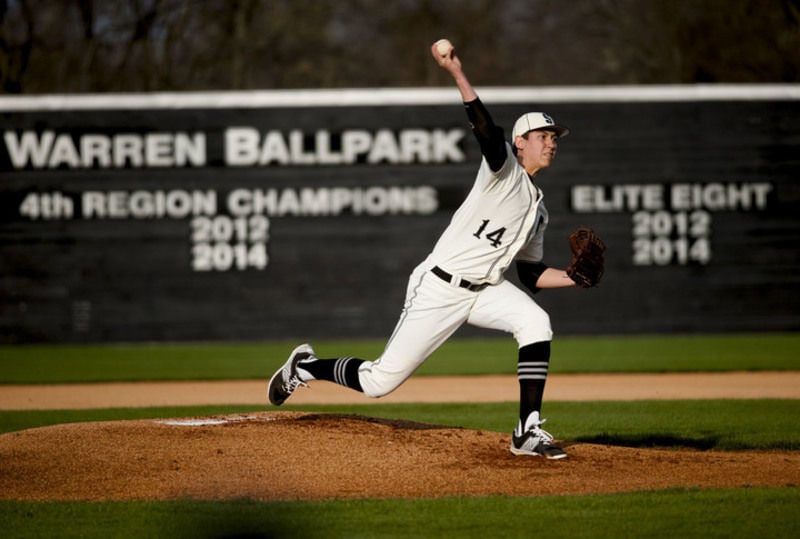 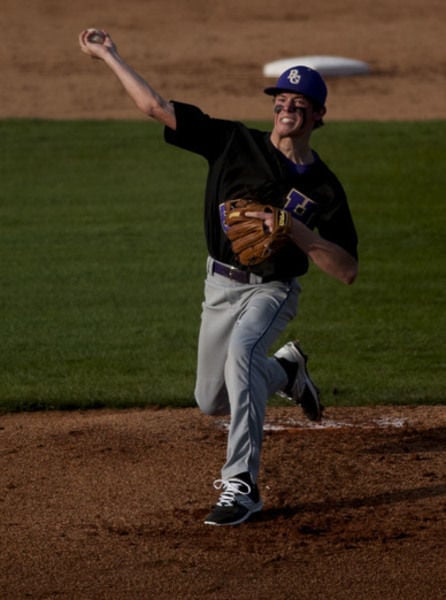 Boosted by a strong start from junior Michael Hicks, the Spartans completed a three-game District 14 sweep of the Purples on Wednesday with a 4-3 victory at SWHS.

Four Spartans combined to give up only three hits, while striking out 10. South Warren (6-1 overall, 3-0 District 14) gave up only six runs total in the three-game series and has now surrendered only 11 runs in its first seven games.

"I think our pitching staff has tremendously improved over the last year," said South Warren second baseman Grant Noble. "We've got eight guys we can put full trust in."

Unlike their 8-0 and 11-3 victories over the Purples (3-4, 0-3) in the first two contests, the Spartans pitchers had to come through in tense situations late Wednesday. They took a 4-2 lead to the top of the sixth when Bowling Green got runners on first and second with two out. But Alex Stackhouse struck out Bobby Dillard to end the Purples' threat.

Stackhouse retired the first two batters in the seventh, but gave up a single to Luke Brown and walks to Ethan Wilson and Jackson Gooding.

South Warren's Cameron Shryock, the winning pitcher Monday, entered in relief. He gave up a bases-loaded walk to Joseph McIntyre to make it 4-3, but struck out Jake Bush to preserve the win and earn the Spartans a sweep.

"We had plenty of chances," Bowling Green coach Dan Mosier said. "But the fact of the matter is we got only (three) hits. And what makes it more disappointing is they only got three."

The Spartans took a 1-0 lead in the first inning on Shryock's run-scoring single that brought in Trey Kirtley, and a 2-0 lead in the third when Noble reached on an error and scored on Kieffer Baxter's sacrifice fly.

Hicks also cruised through the first four innings, allowing only two base runners. But he ran into trouble in the fifth when Bush reached on a dropped third strike and Ben Reeves reached on an error to open the inning. Justin Gentry took a one-out walk, and Tyler Stahl laced a game-tying, two-run single down the left-field line to tie the game at 2-2 and end Hicks' night. Ryan Gregory came in relief, prevented further damage and eventually earned the win.

"Really, he's got the most potential on our staff - the highest upside and that's saying a lot," South Warren coach Chris Gage said of Hicks. "... Really bad luck for him (in the fifth inning), but he got us this win by getting us to the fifth inning."

Mosier added: "I'm super proud of my sophomores (Stahl and relief pitcher Luke Brown). But we're just struggling to score some runs right now, and we've got to find a way to take advantage of some chances."

After giving up the lead in the top of the fifth, South Warren took it right back. Kirtley hit an infield single and took second on a wild pitch. Noble then brought Kirtley in with a double down the left-field line.

Kirtley took third on a passed ball and scored on Lewis' sacrifice fly.

"In the past, (after giving up a lead), we'd be dead," Noble said. "But I think this year we're mentally stronger. I think that will carry us a long way."

The Purples return to action at noon Saturday when they host Henderson County. The Spartans open a three-game District 14 series with Warren East at 6 p.m. Monday at South Warren.