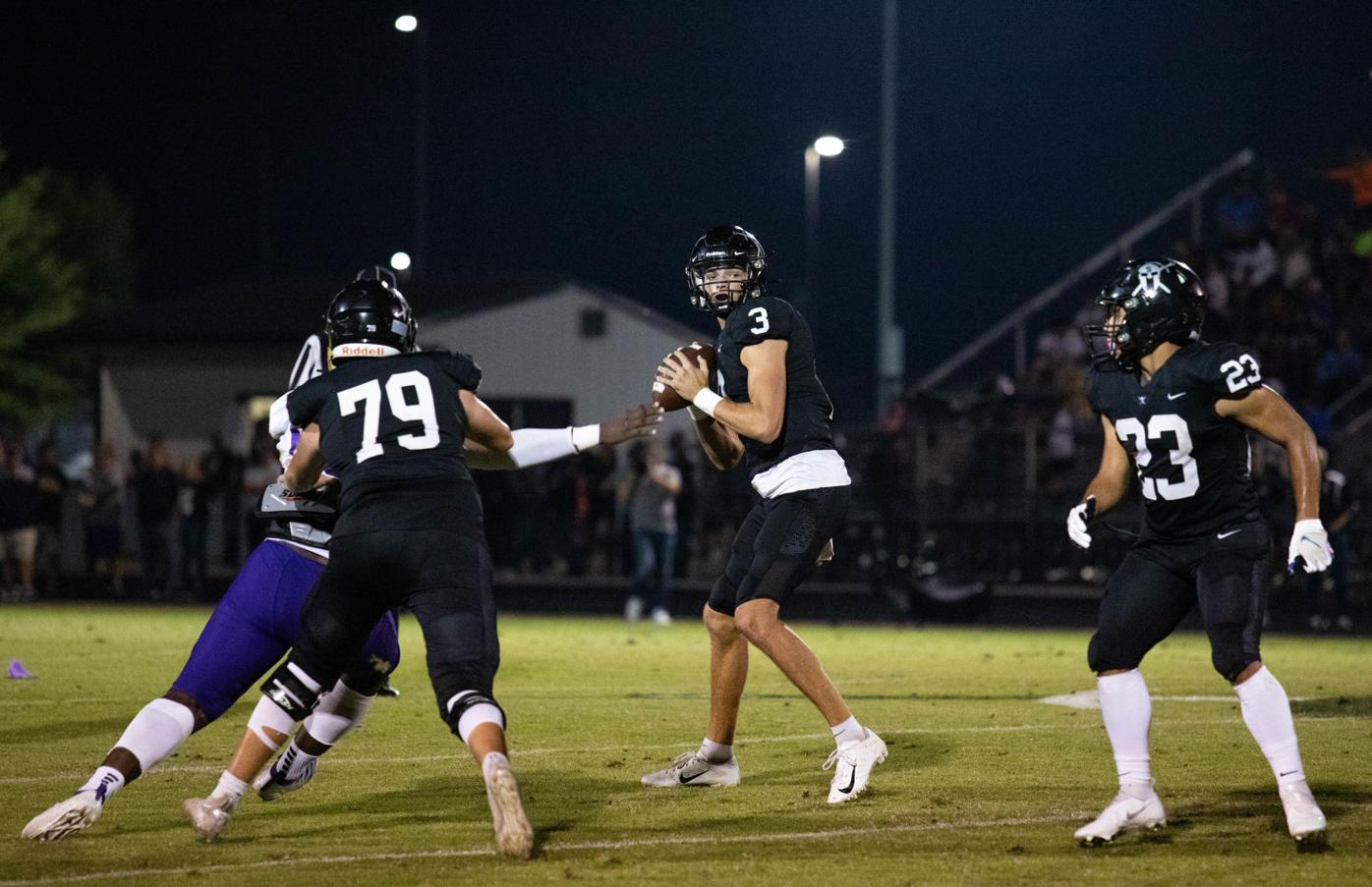 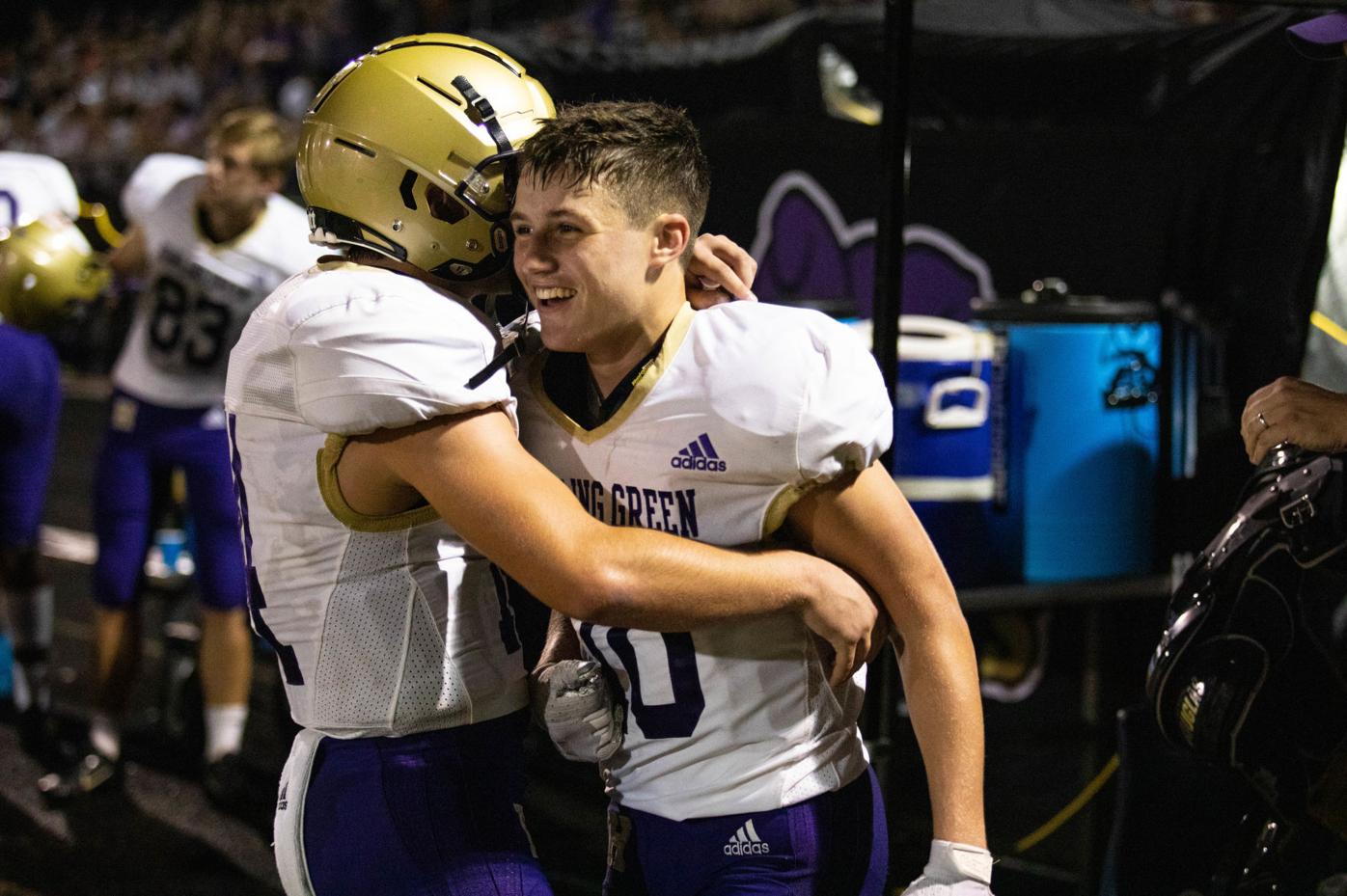 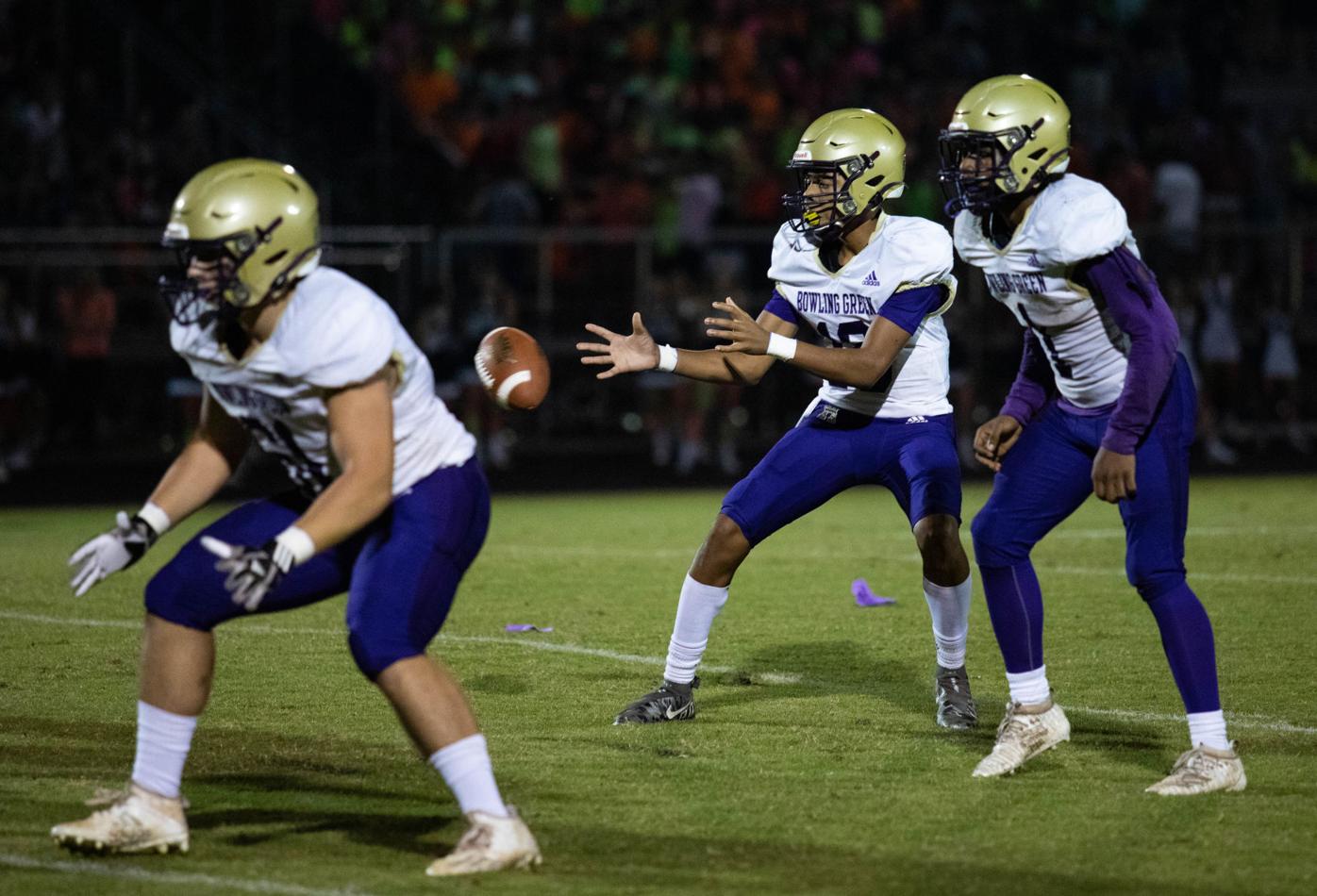 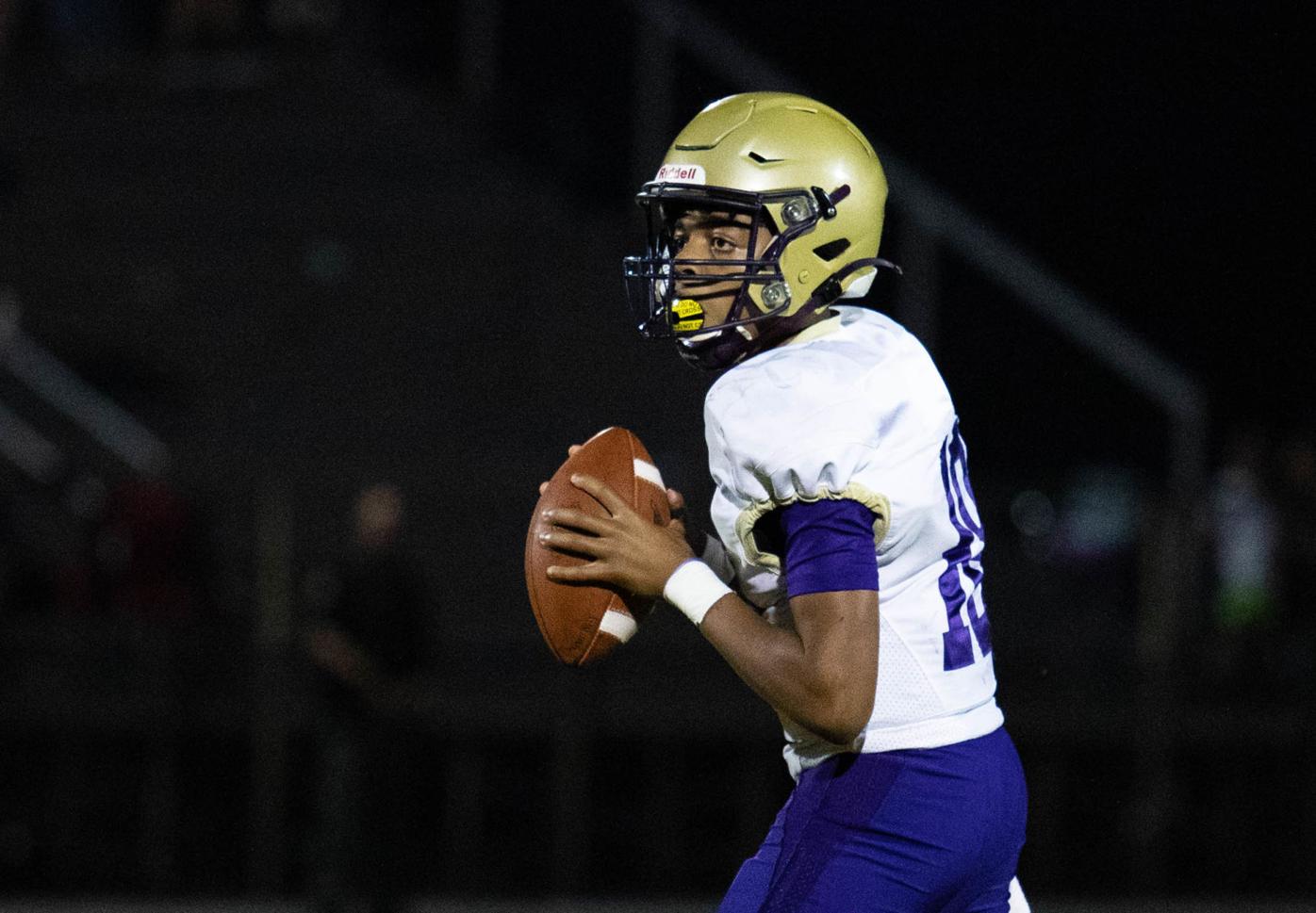 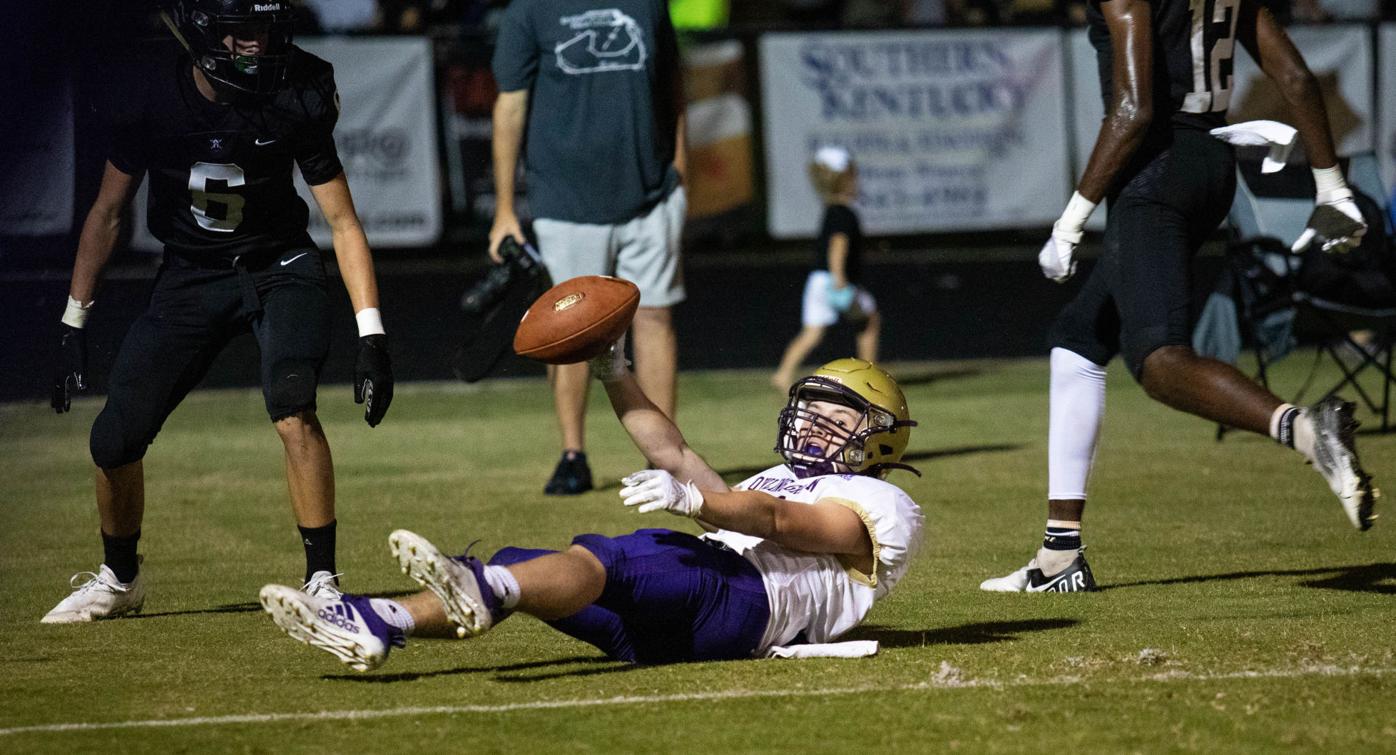 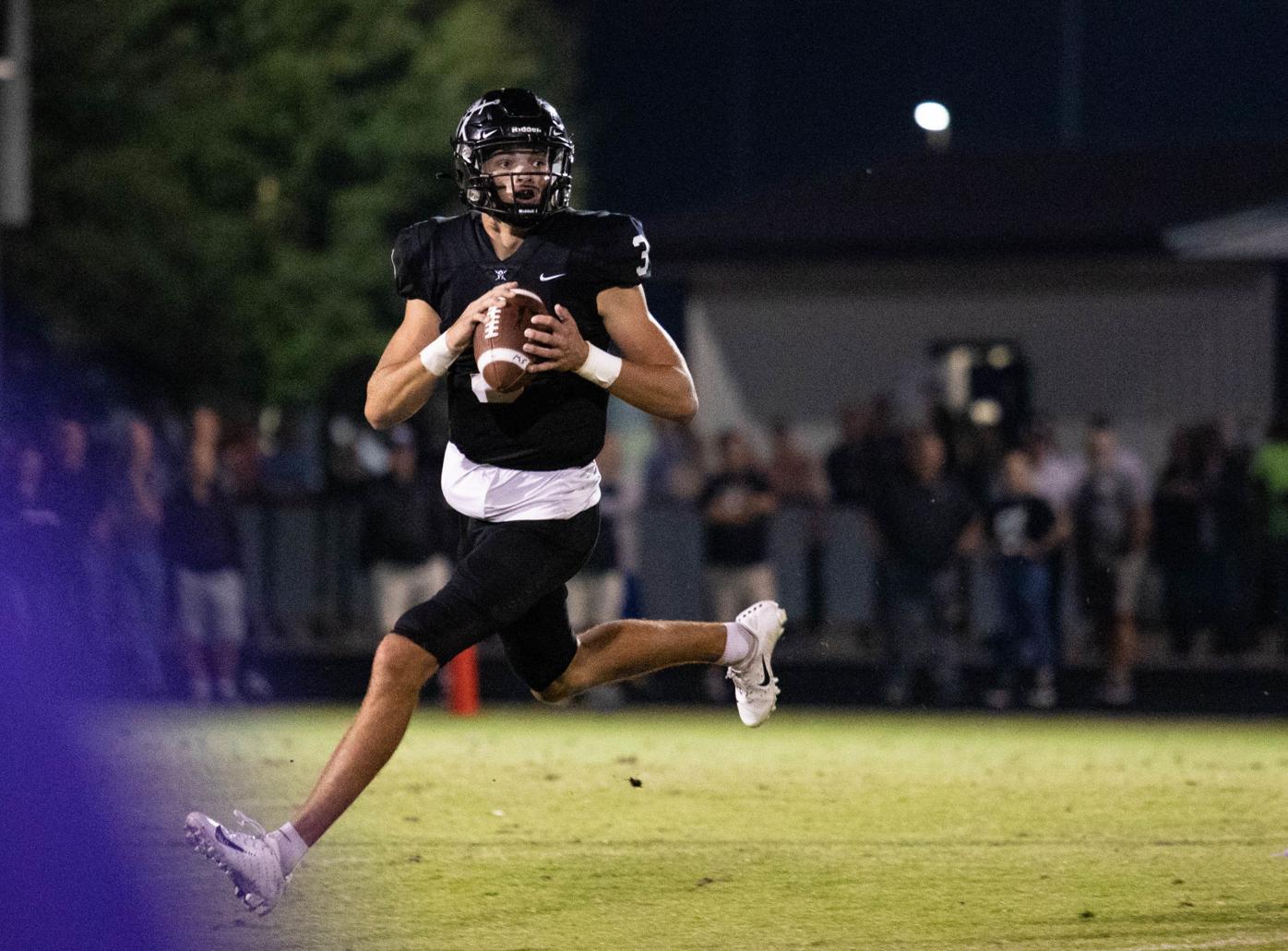 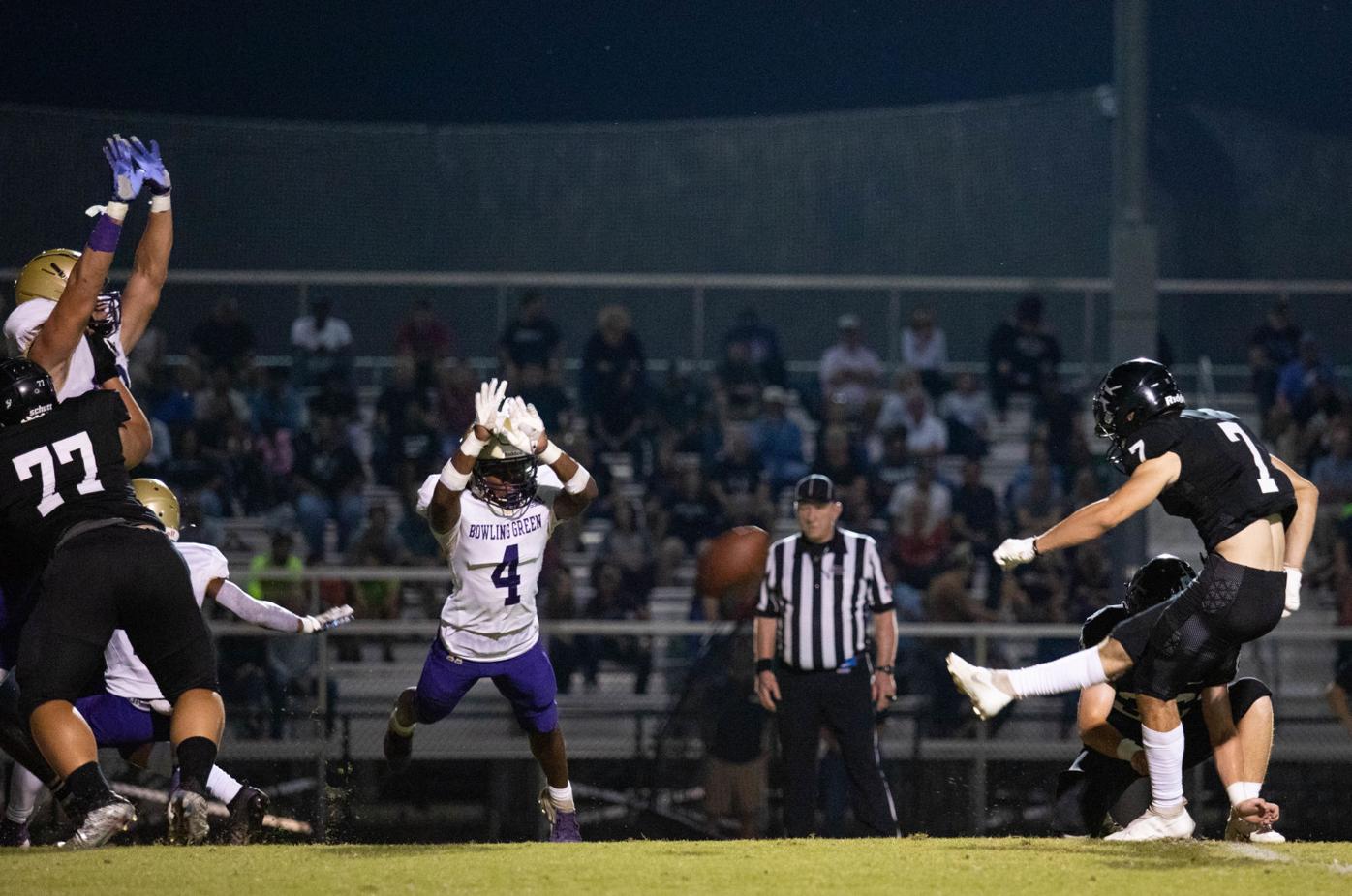 Bowling Green defensive back Augustin Nyembo dives to try and block a kick for an extra point by South Warren kicker Eldar Dervisevic in the Spartans' 36-7 win over the Purples at South Warren High School on Friday, Oct. 1, 2021. (Grace Ramey/photo@bgdailynews.com) 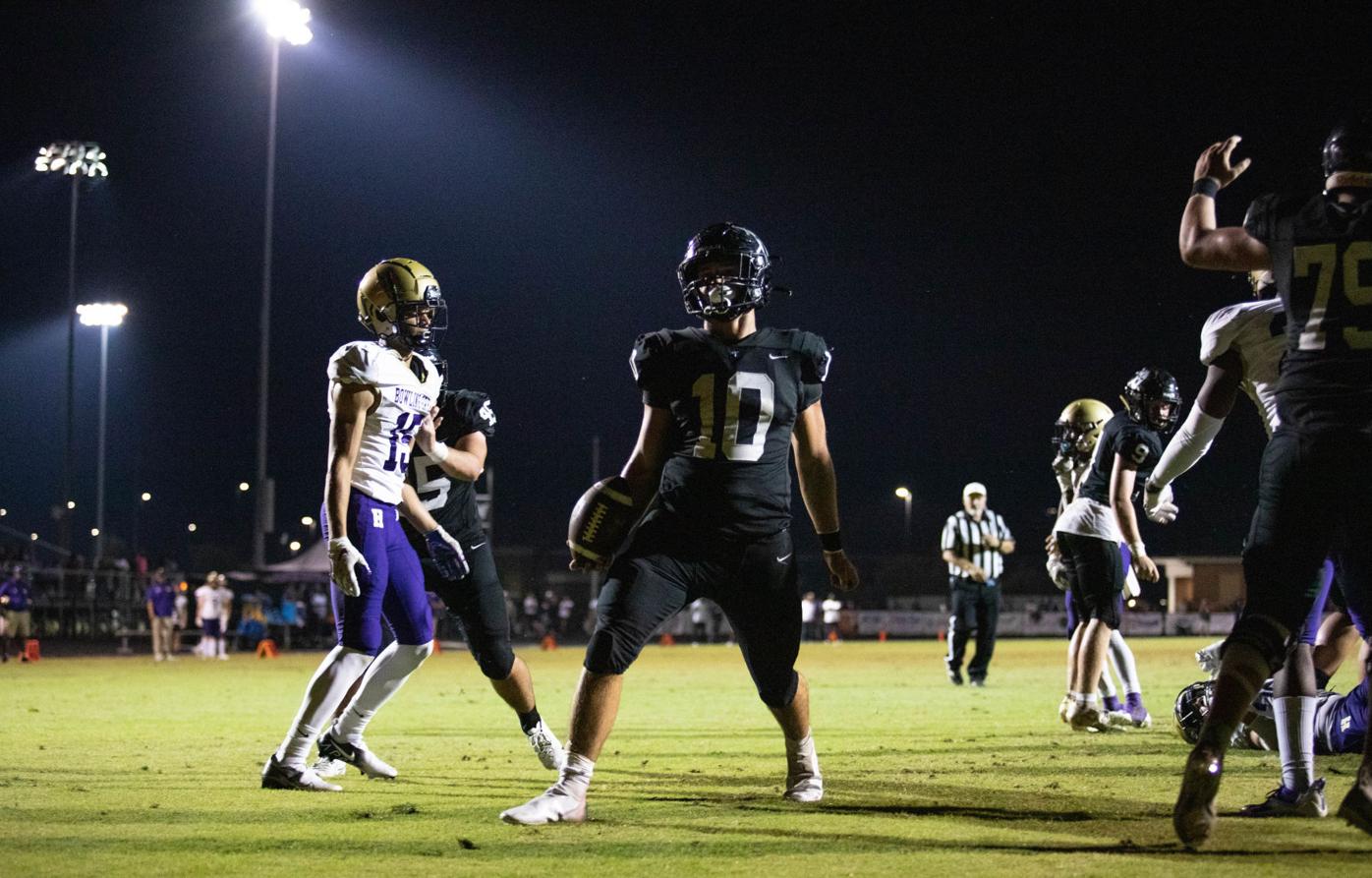 South Warren tight end Luke Burton runs the ball into the end zone for a touchdown during the Spartans’ 36-7 home win over Bowling Green on Friday.

Bowling Green defensive back Augustin Nyembo dives to try and block a kick for an extra point by South Warren kicker Eldar Dervisevic in the Spartans' 36-7 win over the Purples at South Warren High School on Friday, Oct. 1, 2021. (Grace Ramey/photo@bgdailynews.com)

South Warren tight end Luke Burton runs the ball into the end zone for a touchdown during the Spartans’ 36-7 home win over Bowling Green on Friday.

The Spartans held the Purples to 63 yards of total offense and the offense was able to pull away in the second half, helping South Warren (5-1 overall, 1-0 Class 5A, District 2) get an upper hand in the district standings.

“It sets us up really well for the playoffs, but as you have seen in the past it has usually been an eight-quarter game (against Bowling Green),” South Warren quarterback Caden Veltkamp said. “This one feels good, but we know it’s not over unless something crazy happens. We’ve got to finish it off. We’ve got to beat Greenwood and Christian County – finish it off in the district so we can have home field in the playoffs.”

South Warren was looking to avenge a 41-24 loss to Bowling Green last season in the second round of the state playoffs and the Spartans got off to a strong start with a Veltkamp 17-yard touchdown pass to Mason Willingham late in the first quarter.

The Spartans added a touchdown run by Luke Burton in the second quarter, but Bowling Green (3-4, 0-1) got some momentum right before halftime.

The Purples returned a kickoff to midfield – setting up Deuce Bailey’s 25-yard touchdown pass to Nat Love in the back of the end zone to make the score 14-7 at the break.

South Warren regained the momentum in the third quarter, with a kickoff return to near midfield setting up a nine-play drive capped by Willingham’s second touchdown pass to push the margin back to 13 points.

Bowling Green went three-and-out and on the first play of the Spartans’ ensuing possession, Veltkamp hit Keegan Milby in stride down the left side for a 40-yard touchdown to extend their lead to 26-7.

“We responded really well after (Bowling Green’s touchdown), which we’ve not been doing in the past,” South Warren coach Brandon Smith said. “That’s a really good sign.”

The Spartans continued to pull away with a touchdown and a field goal in the fourth quarter to cap the scoring.

Veltkamp finished 17-for-28 passing for 202 yards, while Willingham had seven catches for 78 yards.

Defensively, the Spartans forced one turnover while holding Bowling Green to five first downs. It was the fifth time this season South Warren has held an opponent to seven points or less. The Spartans have allowed 26 points total in the last four games.

“Defensively we have really been playing well the last couple of weeks, but I think the difference is how hard they are playing,” Smith said. “When you are constantly swarming and everybody is playing that hard, it’s pretty tough to move the ball. That’s the part I am most pleased with.”

“There are consequences to this game, all the district games, but the bottom line is it really doesn’t mean anything until the playoffs. As far as I am concerned, great job, but we still haven’t done anything with it.”

Bailey finished with 57 yards passing and the Purples were held to six yards rushing.

“They are everything I thought they were defensively,” BG coach Mark Spader said. “They are a handful, particularly those guys inside. They make ‘em go. We are going to take a little break here. I don’t really like the timing of the break at this moment, but are going to pull it back together. We’ve got to come back with a big game against Greenwood here in a couple of weeks.”