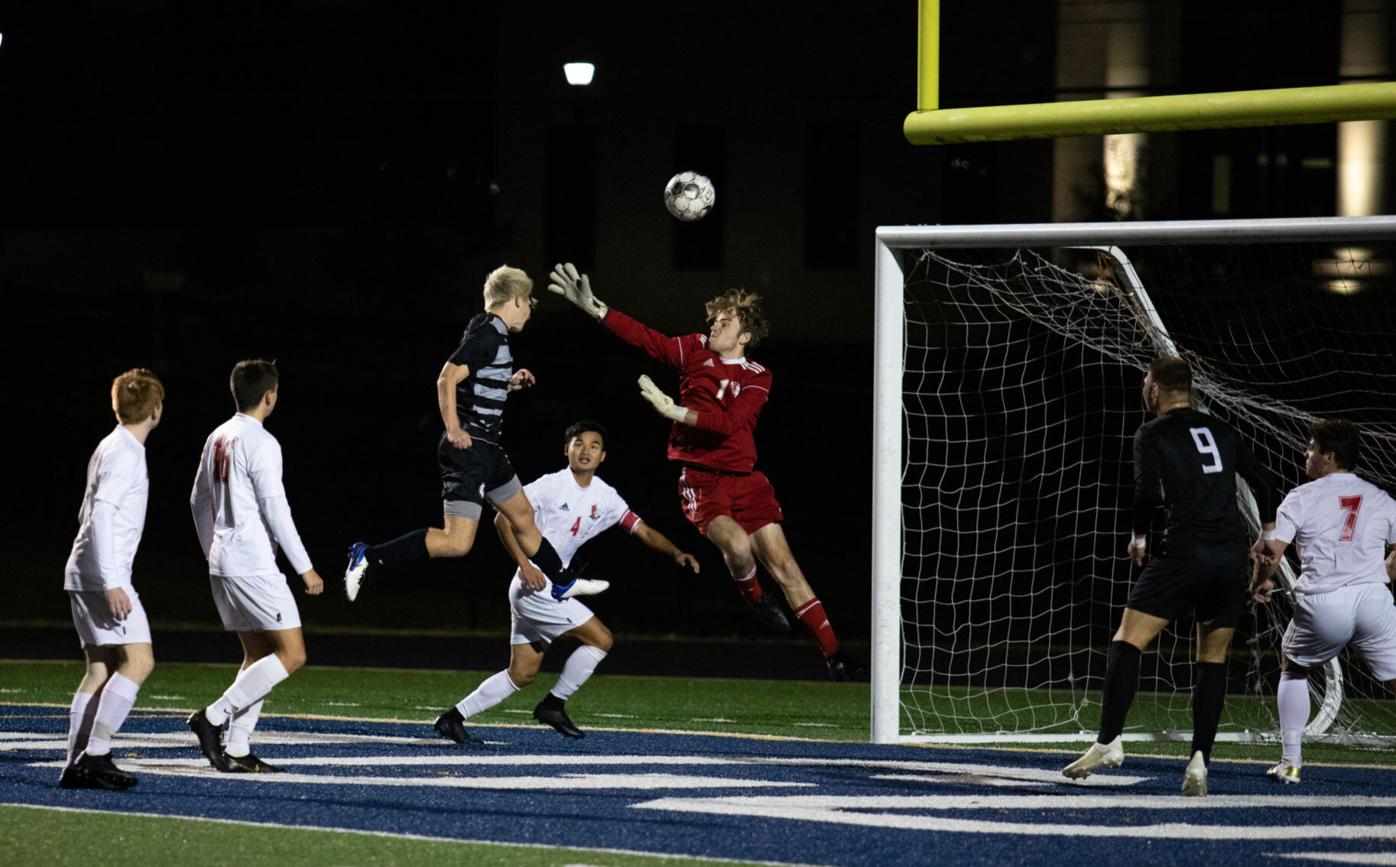 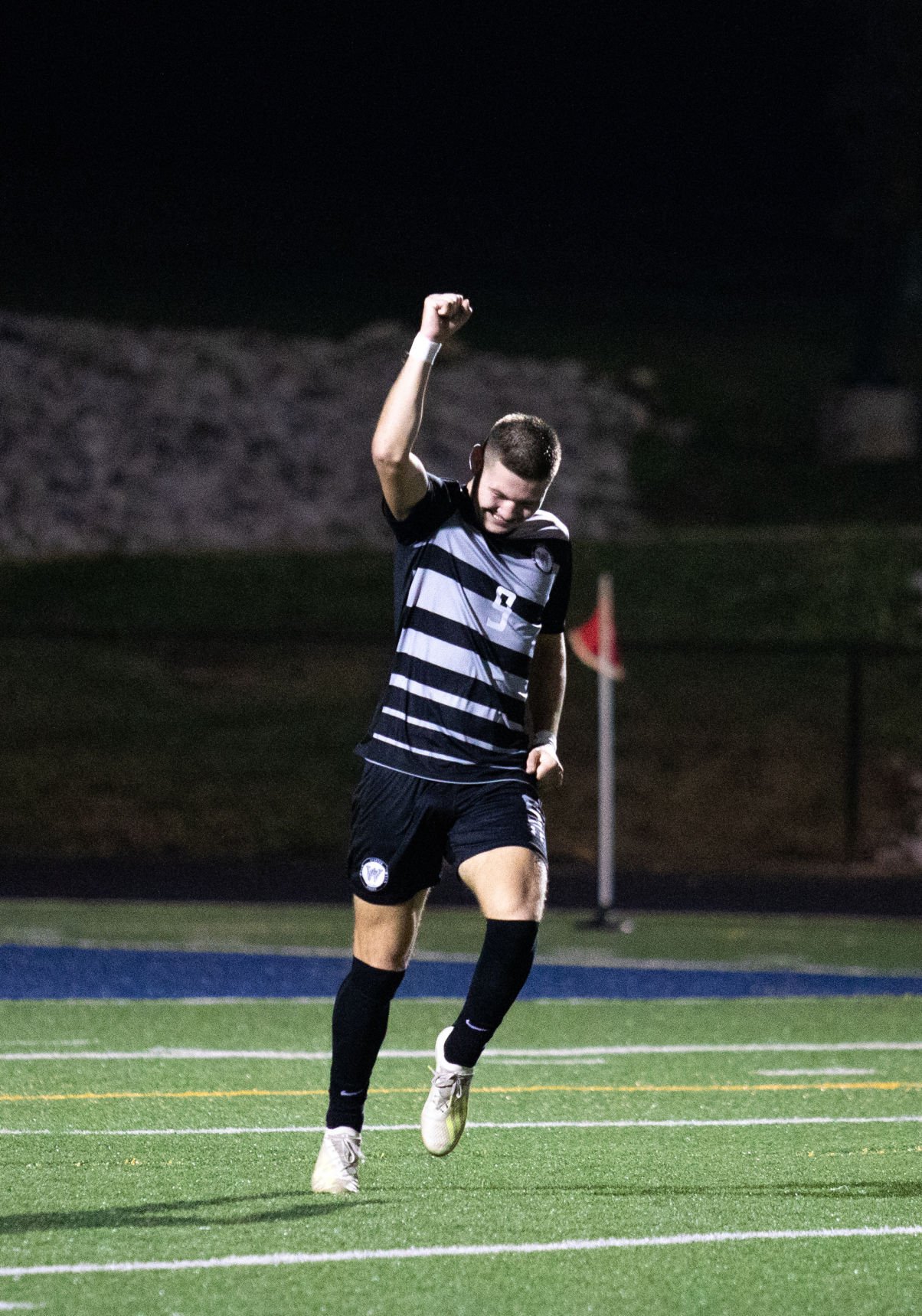 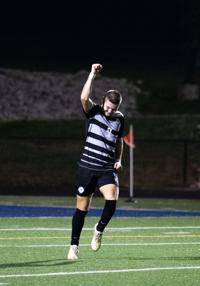 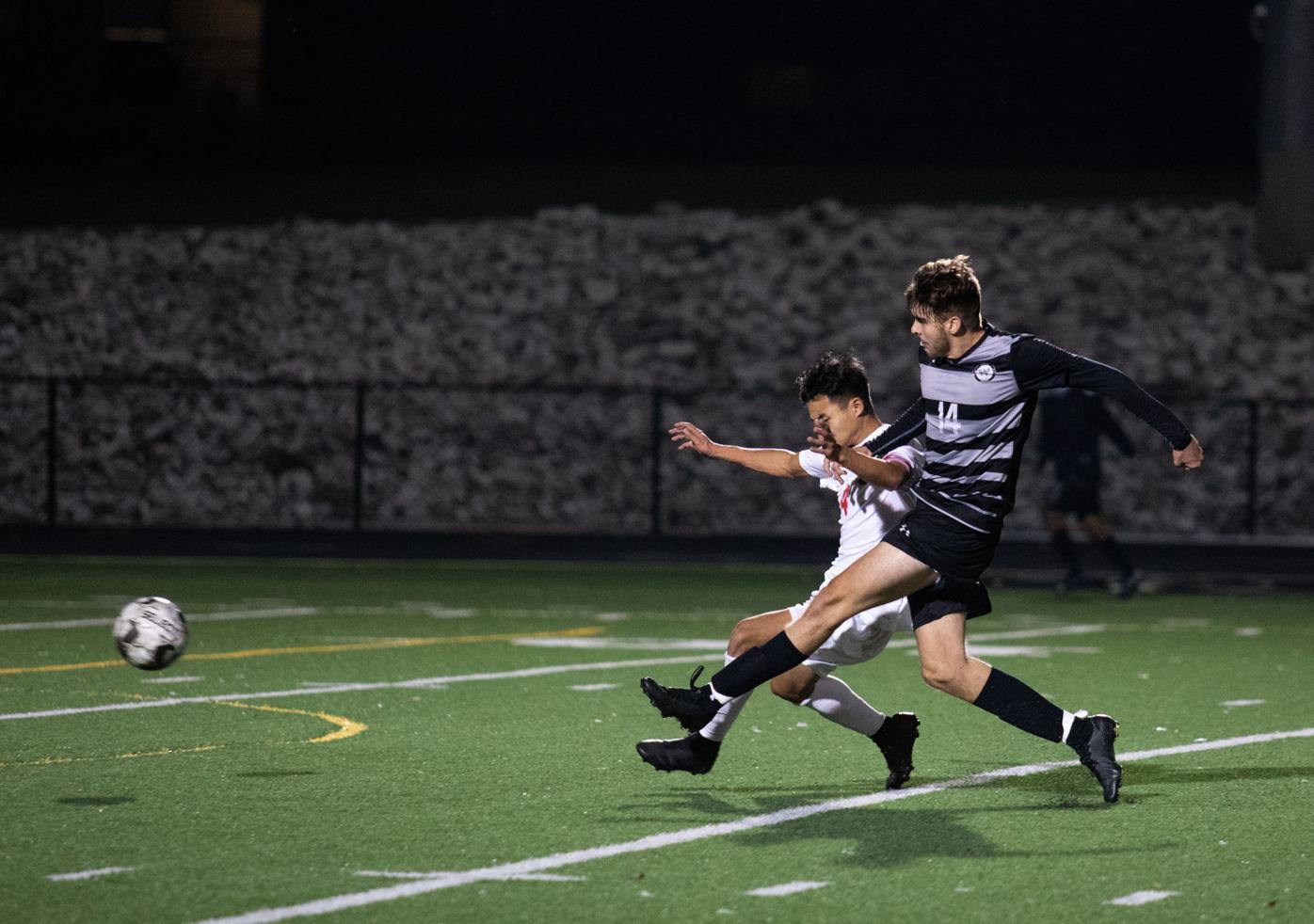 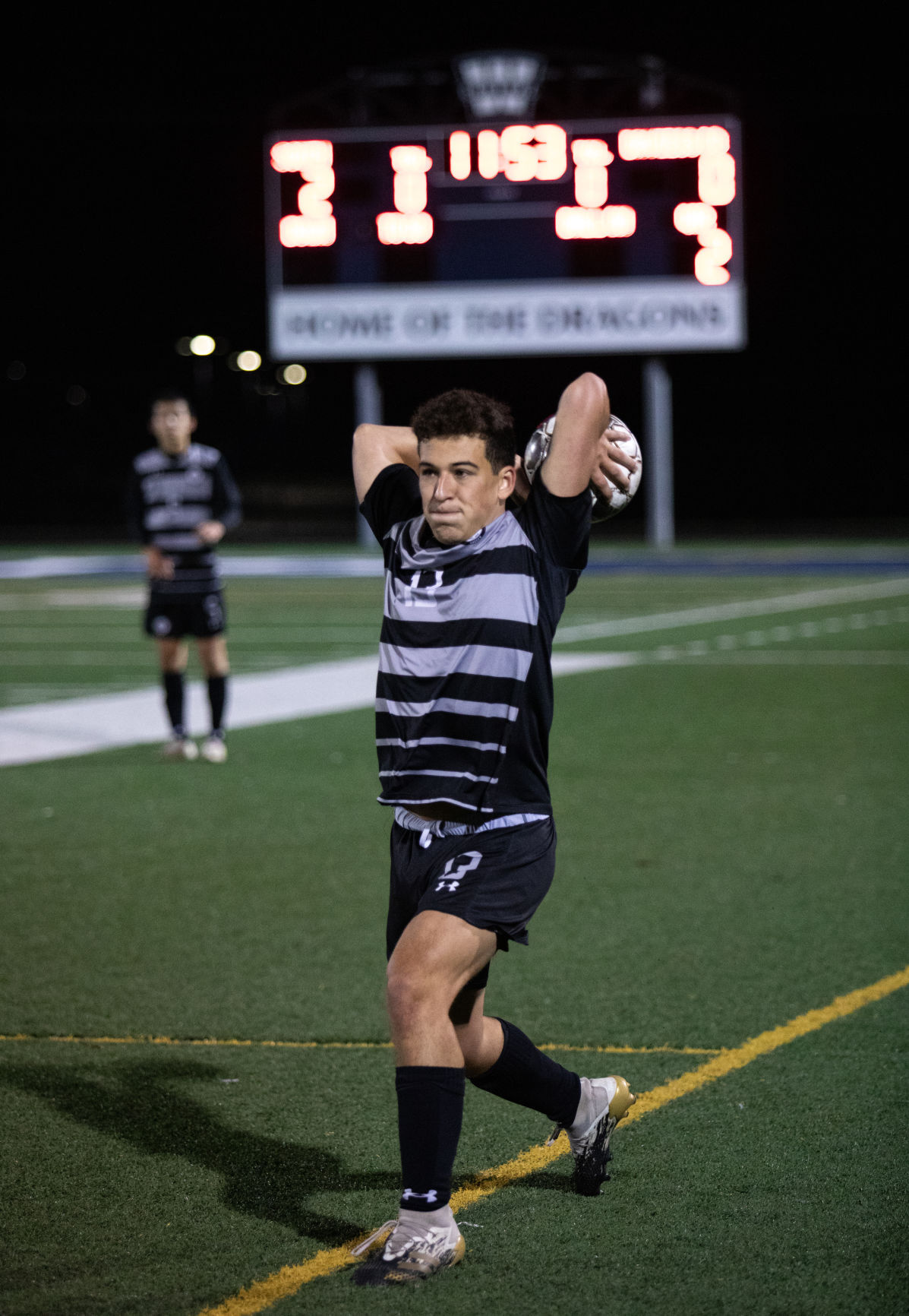 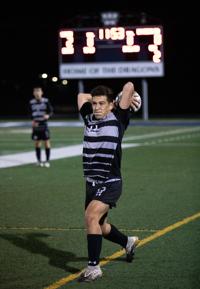 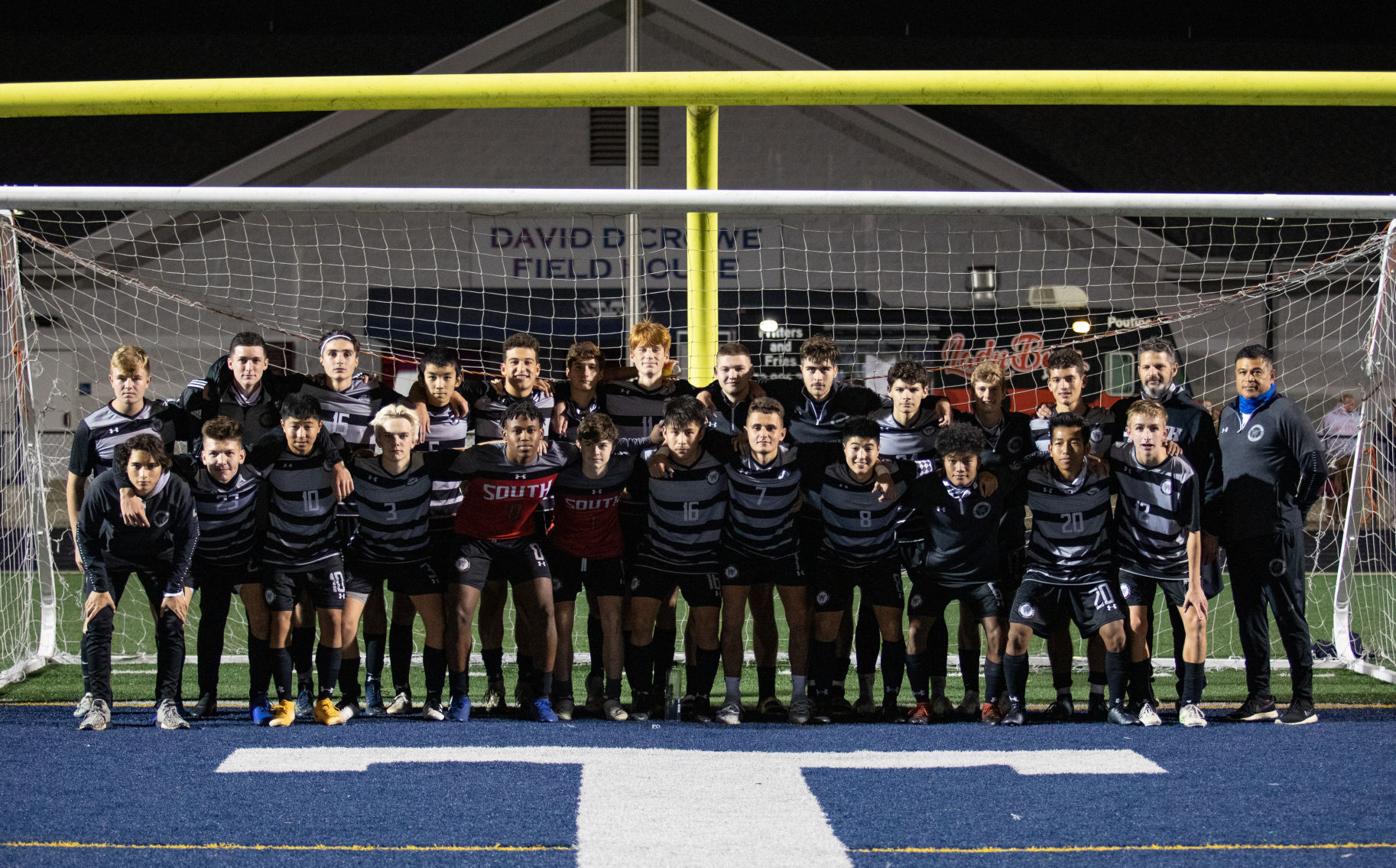 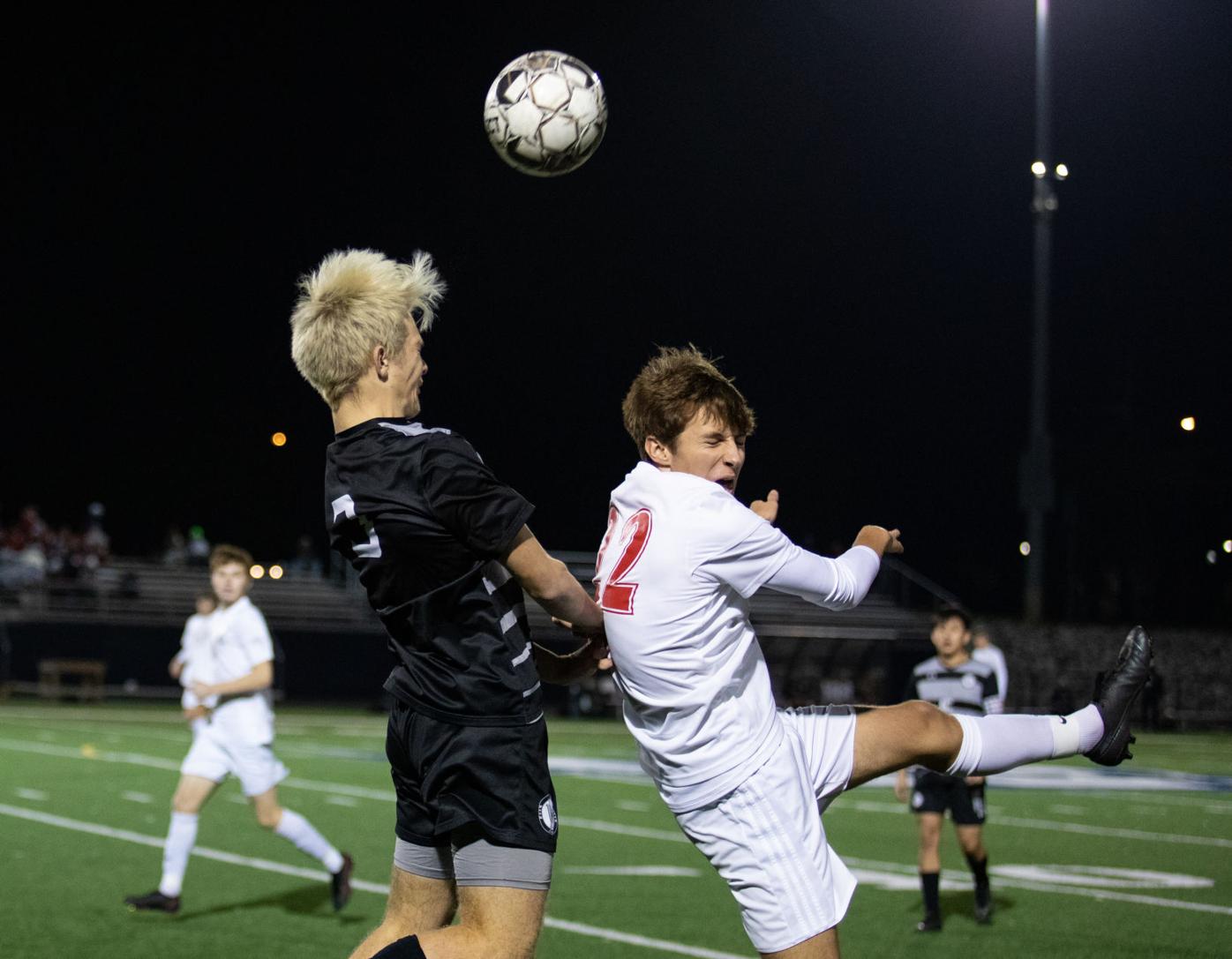 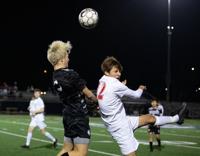 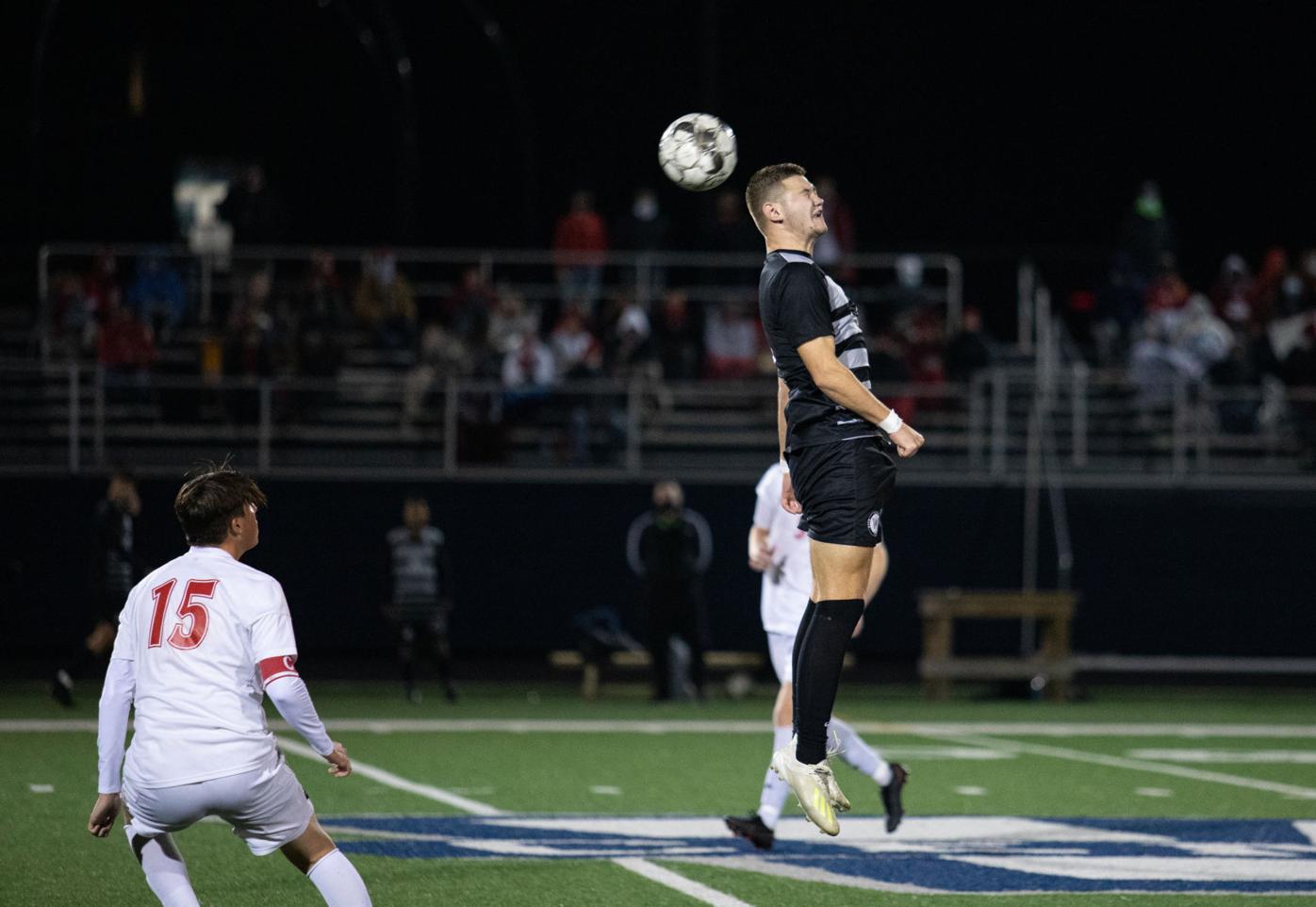 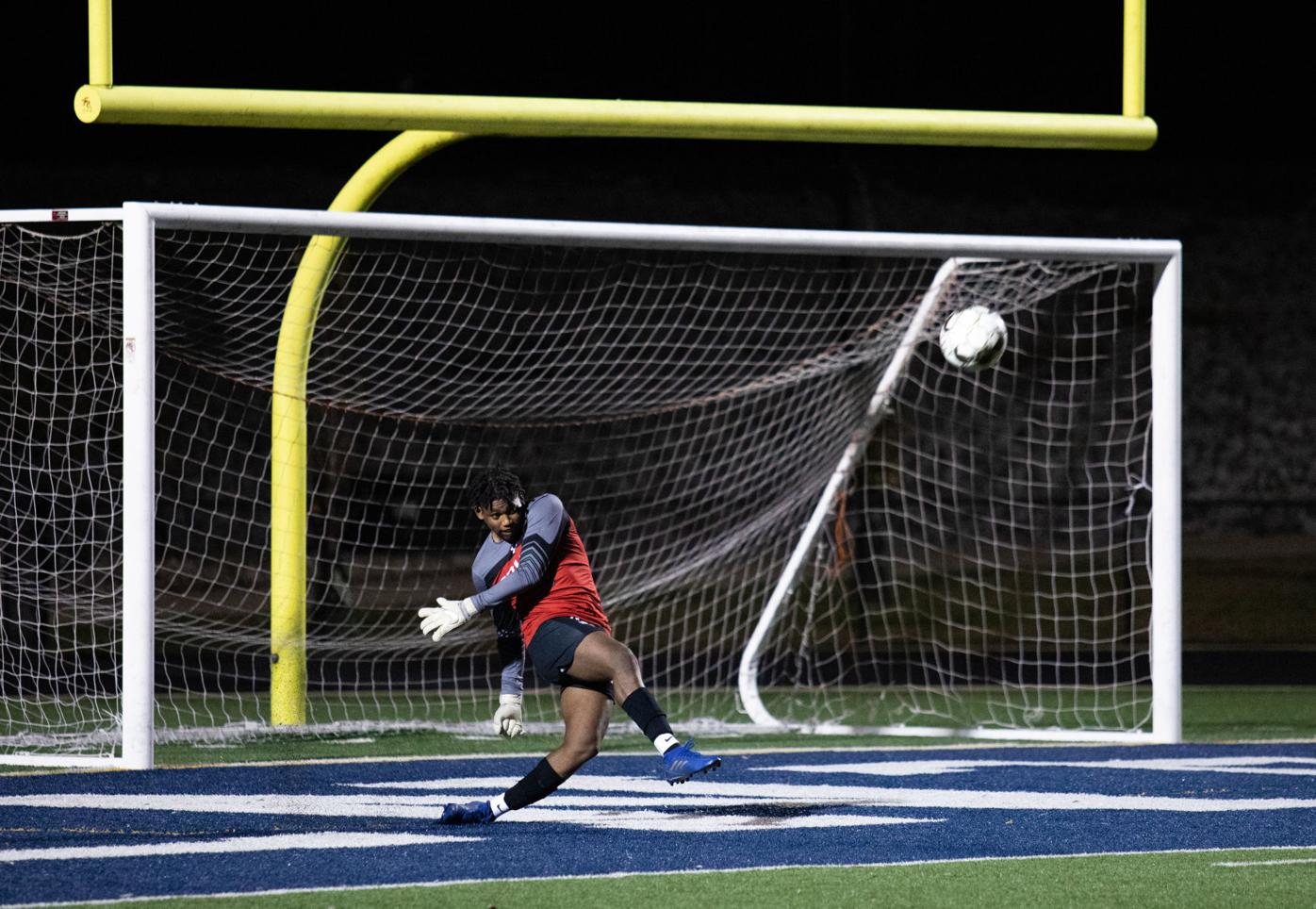 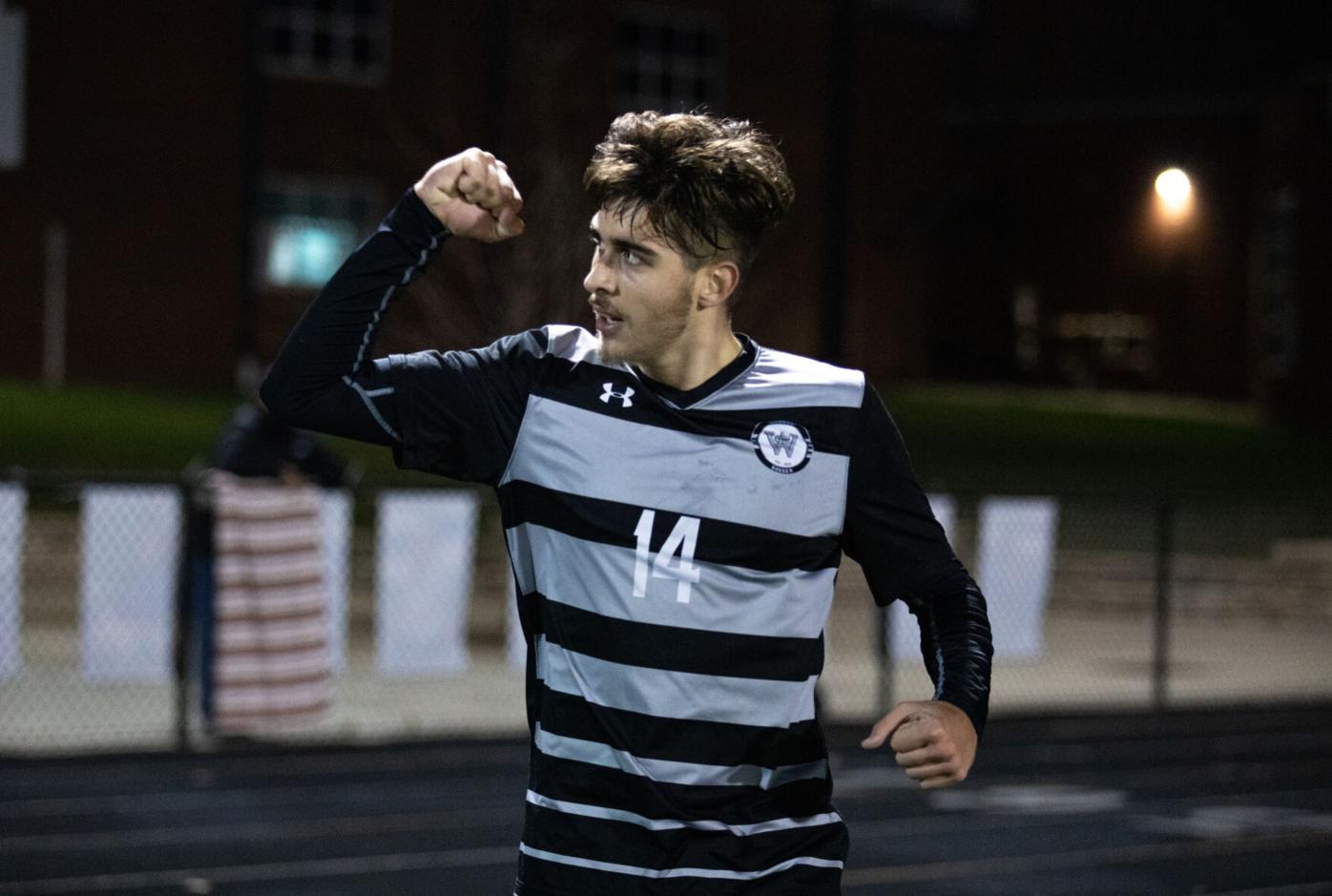 South Warren’s Kiram Mujic celebrates scoring a goal in in the Spartans’ 3-0 win over Daviess County in the KHSAA state quarterfinals Monday at Warren Central. For more photos and video, visit bgdailynews.com.

South Warren’s Kiram Mujic celebrates scoring a goal in in the Spartans’ 3-0 win over Daviess County in the KHSAA state quarterfinals Monday at Warren Central. For more photos and video, visit bgdailynews.com.

For the first time in program history, the South Warren boys’ soccer team is in the state Final Four.

“These seniors, I’ve coached them since they’ve been about 11. I love this group of guys,” South Warren coach Tom Alexander said. “They work hard, they work for each other. Sometimes they get a little silly and sometimes their maturity level is not where we would like it to be, but I’m really proud of them.

“With this season, with us not even knowing if we were going to be able to have a season, we’re just very fortunate to still be playing and get to have the tournament, even.”

It was the second time South Warren (15-1-1) appeared in the state quarterfinals. In 2016, the Spartans fell to Daviess County 2-1, but on Monday it was South Warren moving on.

Alexander knew his team needed just one goal to open things up, after playing to a 1-1 draw with the Panthers (14-3-2) on Sept. 29. The first strike didn’t come as early as it did in South Warren’s last game, when it scored three minutes into a 4-1 victory over Warren Central in the Region 4 championship – the Spartans advanced past the first round of the state tournament by a Henderson County COVID-19-related forfeit – but got on the board just shy of 10 minutes into the second half Monday.

Luie Kogetsu played a corner kick short to Anthony Cano, who fed it back to Kogetsu. The senior midfielder lifted a cross to the back post, where Eldin Velic was there to finish with his head.

“I just saw Luie get the ball, so I just ran in and luckily it went in,” Velic said.

The Spartans doubled their lead 10 minutes later when Velic – who had three of his team-high 18 goals entering Monday’s game in the region final – put a low shot a past Daviess County goalkeeper Cody Clark on a counterattack for a 2-0 advantage.

Kiram Mujic delivered the finishing blow with 6:38 to play with another counterattack, making it 3-0.

South Warren’s defense was the biggest key, however, according to Alexander. Daviess County put together chances in the opening minutes of the game, but couldn’t connect, and Tayshaun Jones recorded his biggest of four saves with a kick stop near the start of the second half.

The Spartans have allowed just two goals since the start of postseason play – both to in-town rival Warren Central – and have not allowed multiple goals in a single game yet this season.

“Today was not our best game. Hat’s off to Daviess County – they came in with a really good game plan, they really switched up what we were doing and it affected how we were going to play,” Alexander said. “I thought that we were kind of fortunate to not be down, but our defense worked and they just defended well today. I think that’s the best thing that we did, is we defended well.”

Now, for the first time, South Warren will head to the state semifinals, where it will face Ryle on Thursday at Henry Clay. The Region 9 champion Raiders beat Boyle County 4-1 on Monday to advance and are a perfect 17-0 on the season. Thursday’s game time has yet to be announced.