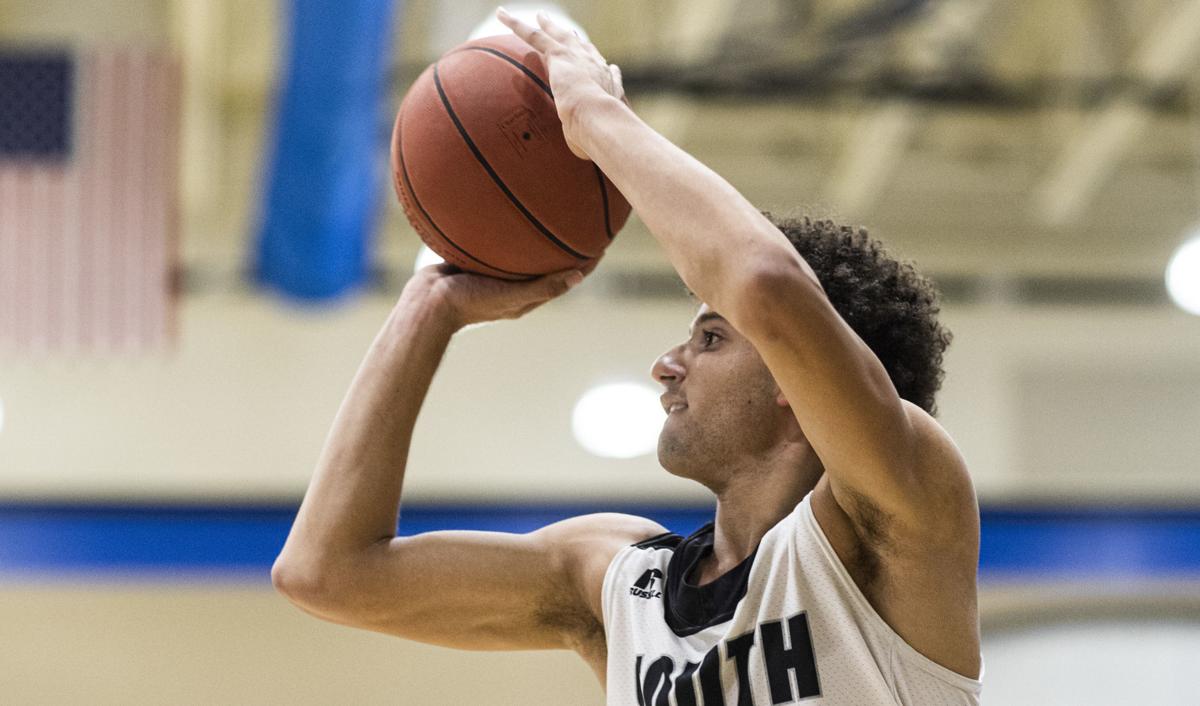 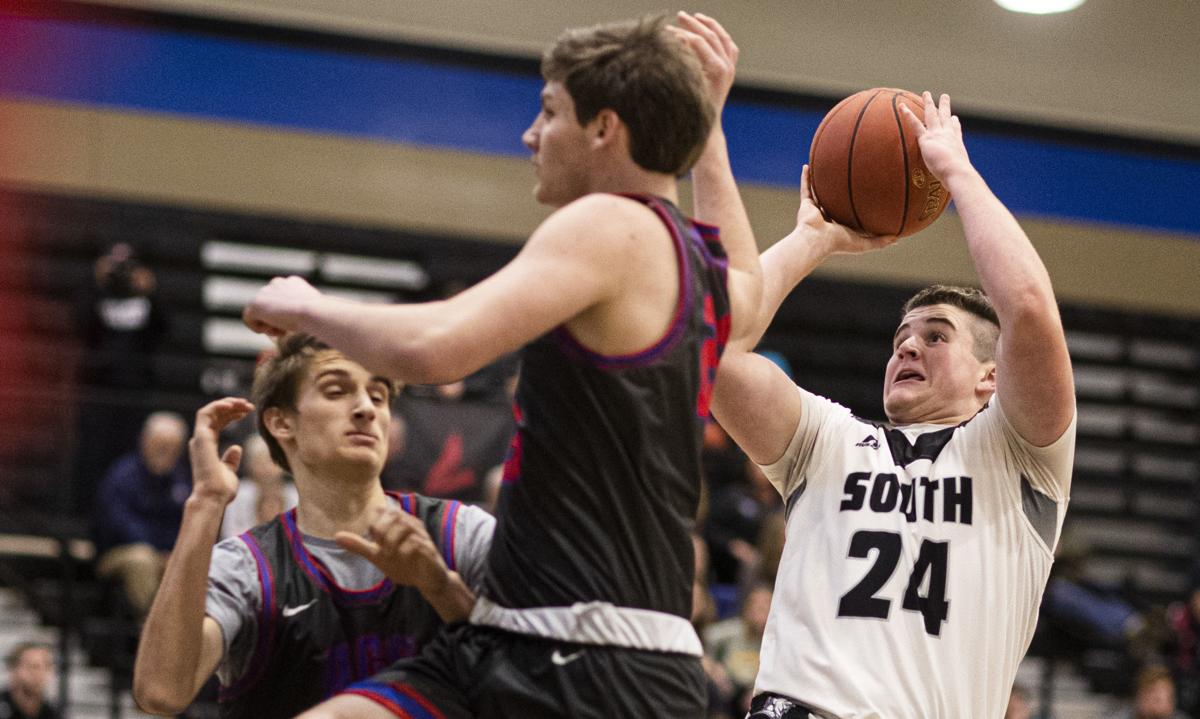 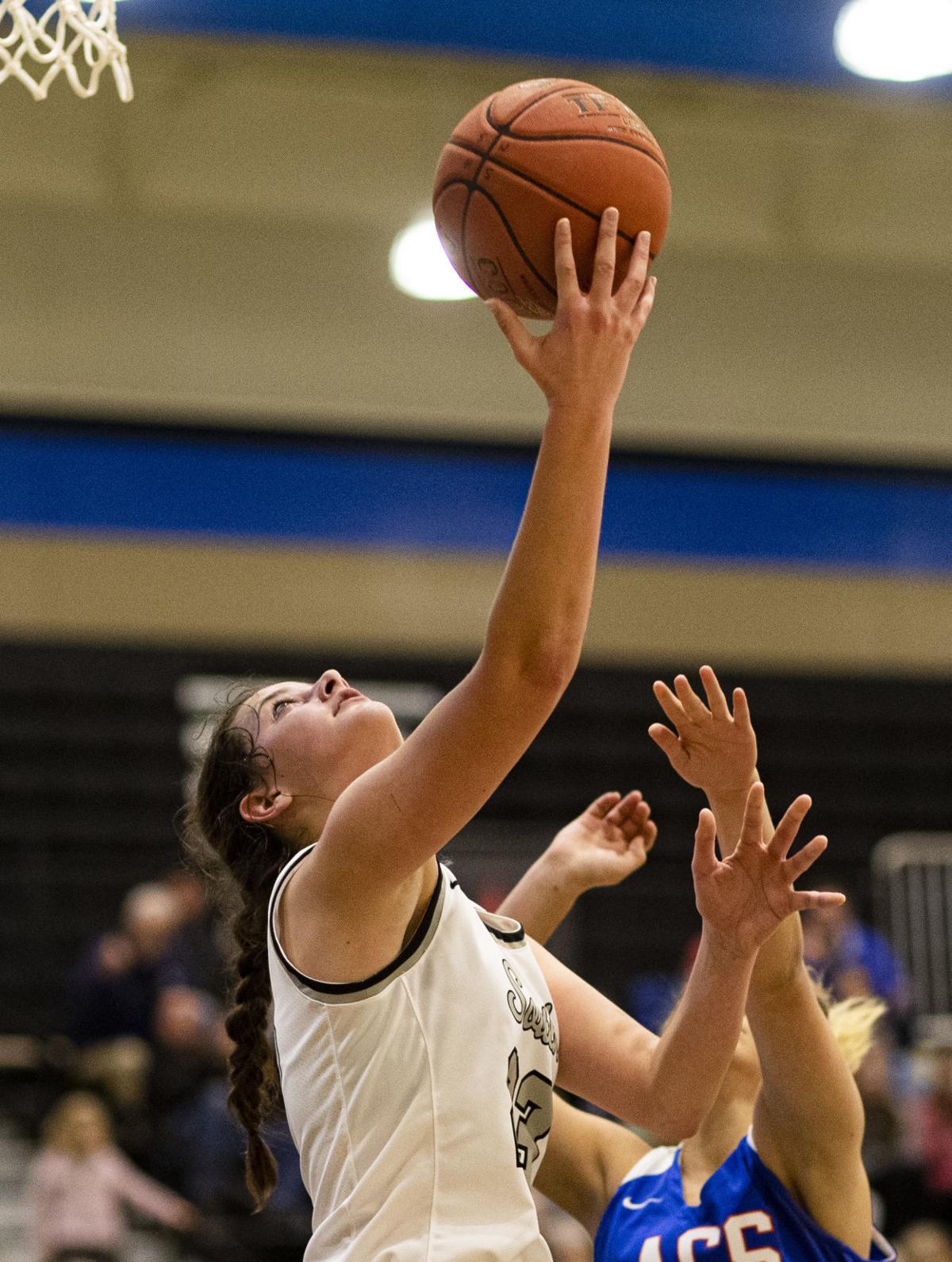 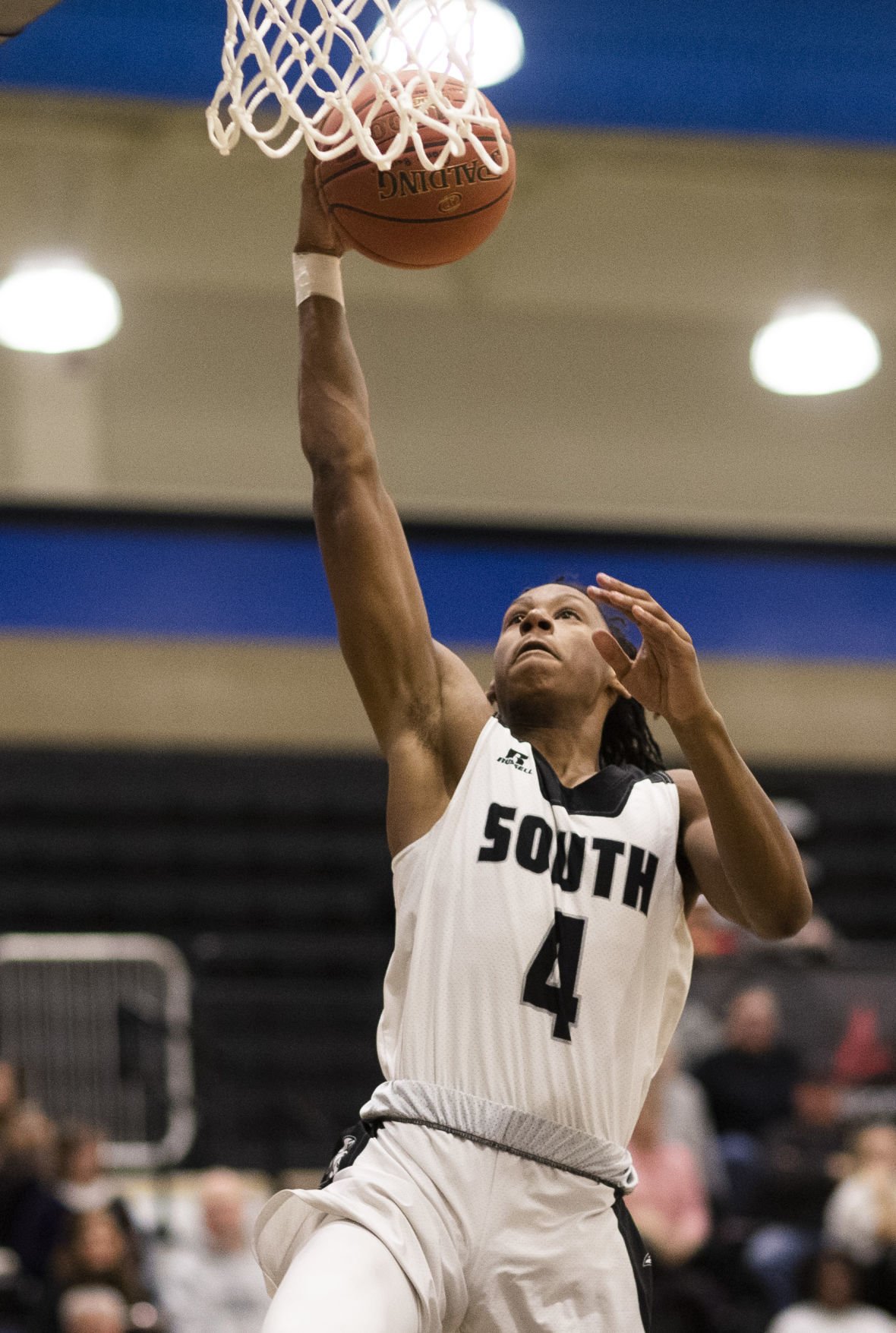 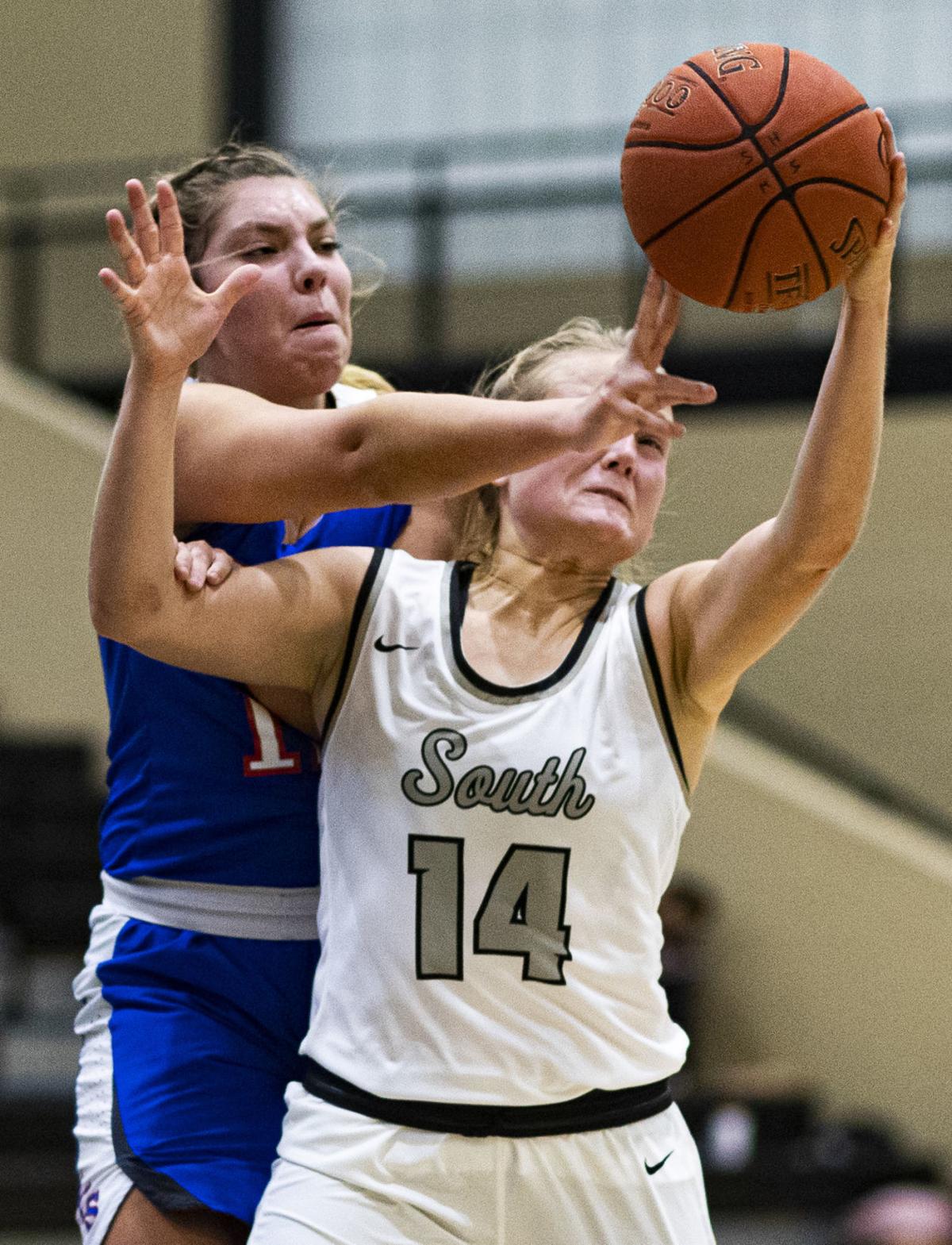 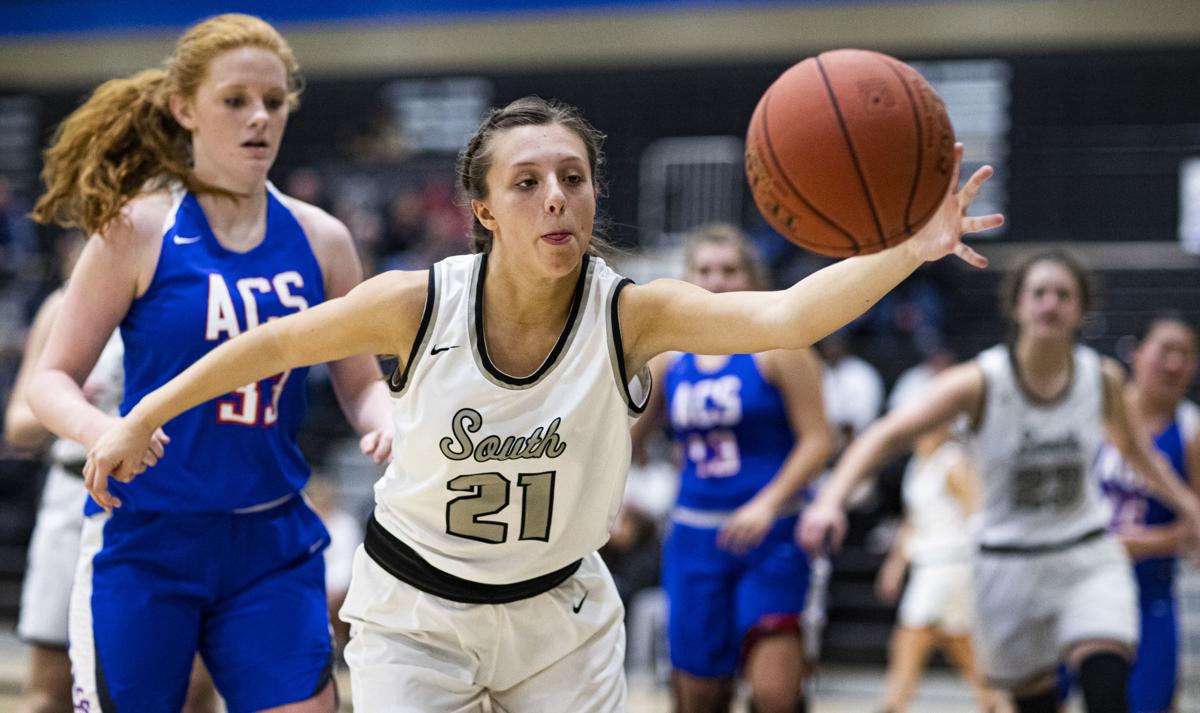 South Warren forward Karson Deaton grabs a rebound during the Spartans’ 62-43 win over Allen County-Scottsville on Tuesday at South Warren. 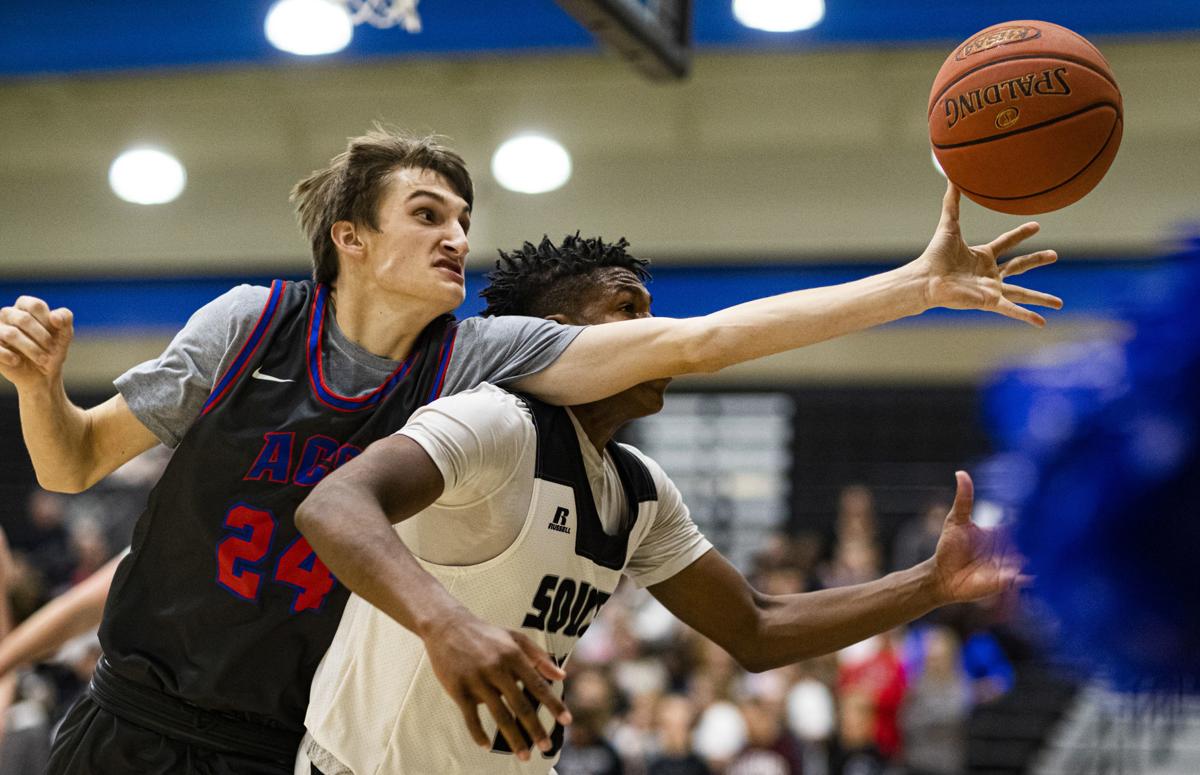 South Warren forward Karson Deaton grabs a rebound during the Spartans’ 62-43 win over Allen County-Scottsville on Tuesday at South Warren.

The South Warren boys’ basketball team came racing out of the gates with an 87-68 win over Allen County-Scottsville on Tuesday at South Warren High School.

South Warren (1-0) used an explosive 31-point outburst in the first quarter to take control and cruise from there – controlling the tempo and keeping Allen County-Scottsville at bay for most of the night in the season opener for both teams.

“That’s the way we want to play,” South Warren coach Blane Embry said. “We want to play loose and free. I told the guys that we practiced this way all year long, so we are not going to start the first game holding the ball and passing it around seven to 10 times. We want to play more up tempo.”

The Spartans only needed nine seconds to take the lead, on a 3-pointer from Jace Carver, and kept running from there. Carver hit four 3s in the first five minutes, scoring 14 points to help South Warren race out to a 25-4 advantage.

“It just felt good because we were all meshing together,” Carver said. “We were all scoring, all playing defense, getting steals, putting our heads down and getting rebounds. We were just doing everything coach told us to do.”

Allen County-Scottsville (0-1) kept battling in the second half, getting as close as 71-59 with 4:58 remaining before the Spartans scored five straight to thwart the Patriots’ comeback bid.

“That’s what I told them I was proud of,” Embry said. “In the past this program has gotten a little pouty, folded up a little bit when teams started coming back at them. We had a little different look in our eyes, like, ‘OK, we have to get back to taking good shots and defending the way we did.’”

The Patriots shot 50.9 percent for the game, but committed 23 turnovers that led to 22 points for South Warren.

“That South Warren team is really good,” ACS coach Brad Bonds said. “They have all the pieces to be an exceptional (Region 4) contender, if not a state team. They shot the ball well early and kind of knocked us back on our heels.

South Warren will play at Barren County at 7:30 p.m. on Friday, while Allen County-Scottsville plays at LaRue County at 6 p.m. CST on Saturday.

The Spartans used a strong third quarter to take control and down the Lady Patriots in the season opener for a fourth straight season.

“It took us a little bit to get into the flow of the game offensively,” South Warren coach Lane Embry said. “We are proud of the girls for sticking with it and keeping that defensive intensity up.”

South Warren (1-0) jumped out to an 8-2 lead, but Allen County-Scottsville answered with six straight to tie the score 8-all late in the first.

The Spartans regained the momentum and pushed the lead to as much as 10 before the Lady Patriots used a 10-2 run to close the gap to 26-24 at halftime.

The Lady Patriots were unable to get any closer, with South Warren scoring the first 13 points in the second half and hitting four 3s during an 18-2 run that made the score 42-26.

ACS got as close as eight with 3:33 left, but South Warren scored the final 11 points to close it out and earn the win.

“One of the things you tell them is the first few minutes of that third quarter is so important and they played a whole lot better than us in a few minutes and took a big lead,” ACS coach Greg Dunn said. “They made it very difficult, even though we did fight back. We got it down to single digits, but we didn’t have much left.”

“We definitely missed her a lot,” Button said. “She’s definitely a leader in scoring and a leader on the team. We all kind of stepped up. I was glad I was able to put some points on the board for my team.”

Allison Meador had a career-high 15 points for the Lady Patriots, while Chloe Cook added 14 points and nine rebounds.

South Warren will play at Barren County at 6 p.m. on Friday. Allen County-Scottsville will play Greenwood in the State Farm District 14 vs. District 15 Challenge at 11 a.m. on Saturday at Bowling Green High School.