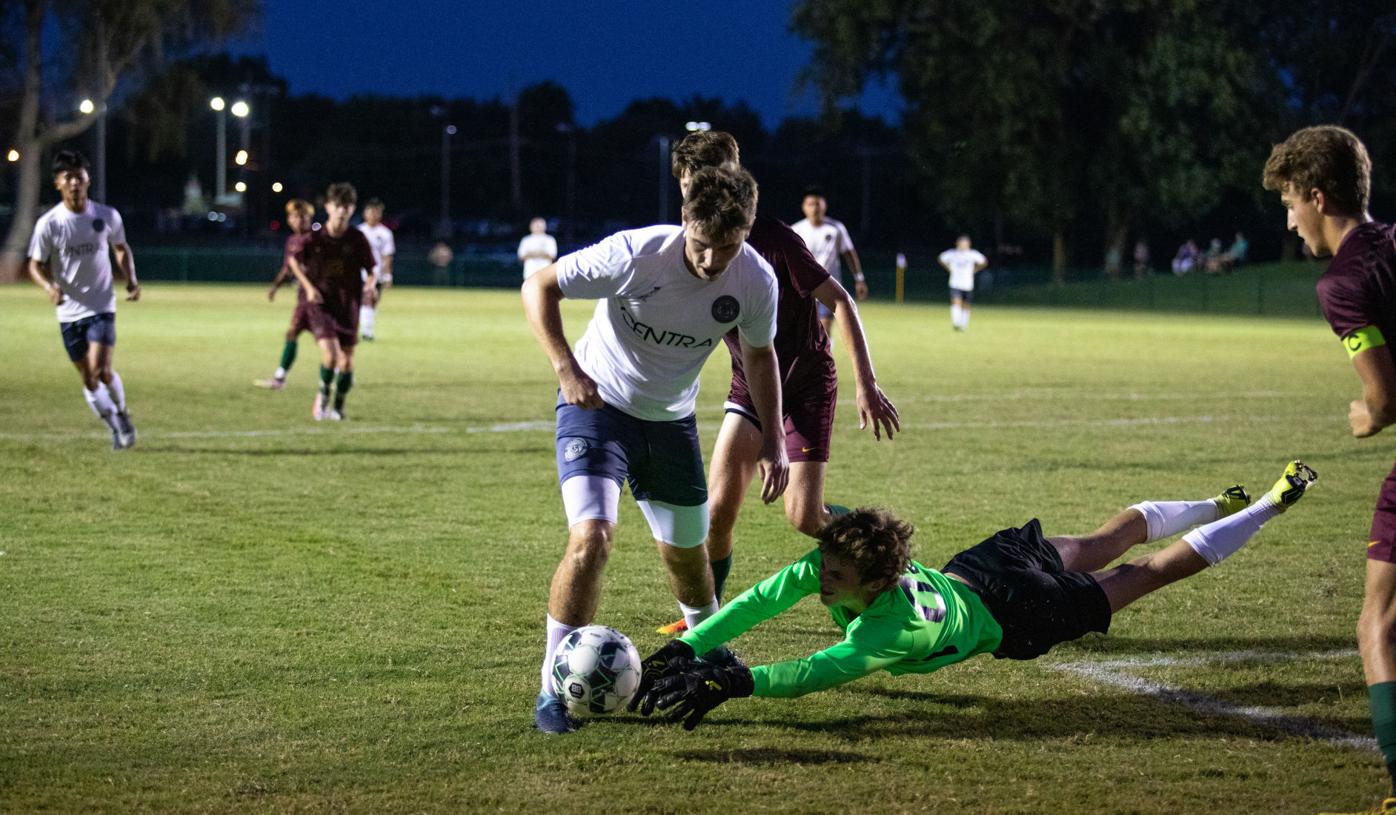 Warren Central senior Ahmed Delic tries to kick the ball away from Greenwood goalie Jax Buchanon during the Dragons’ 1-0 win Thursday at Greenwood. 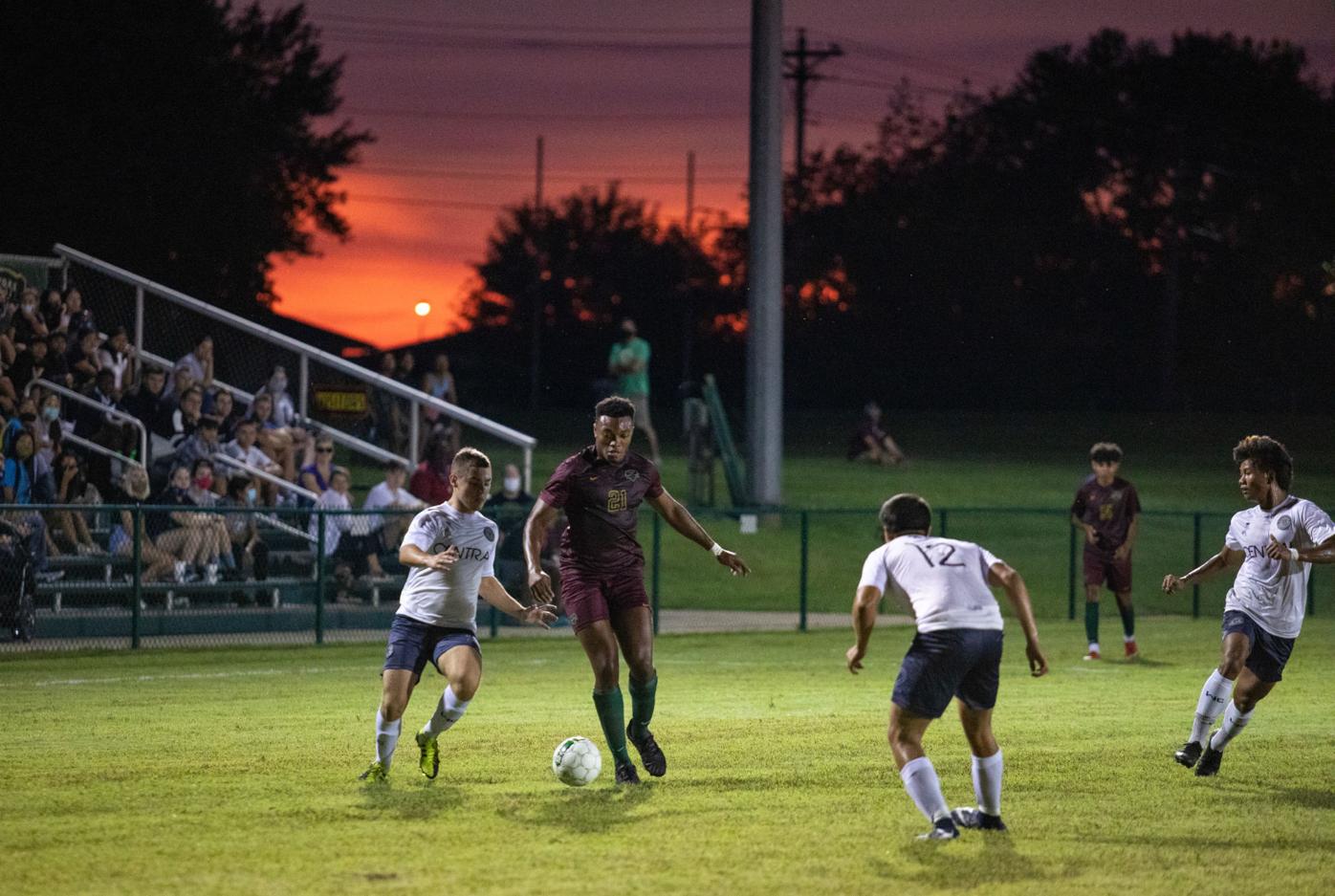 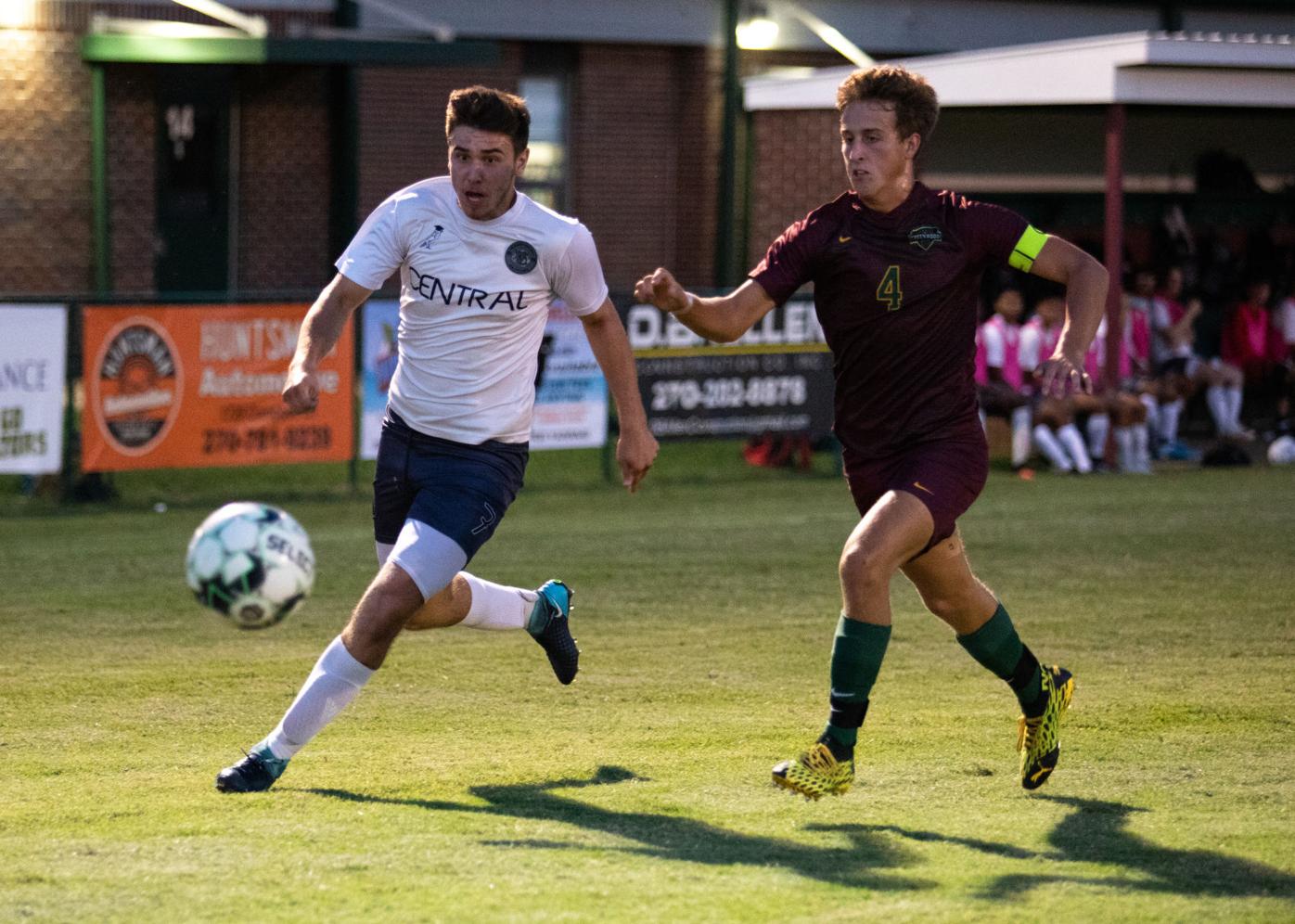 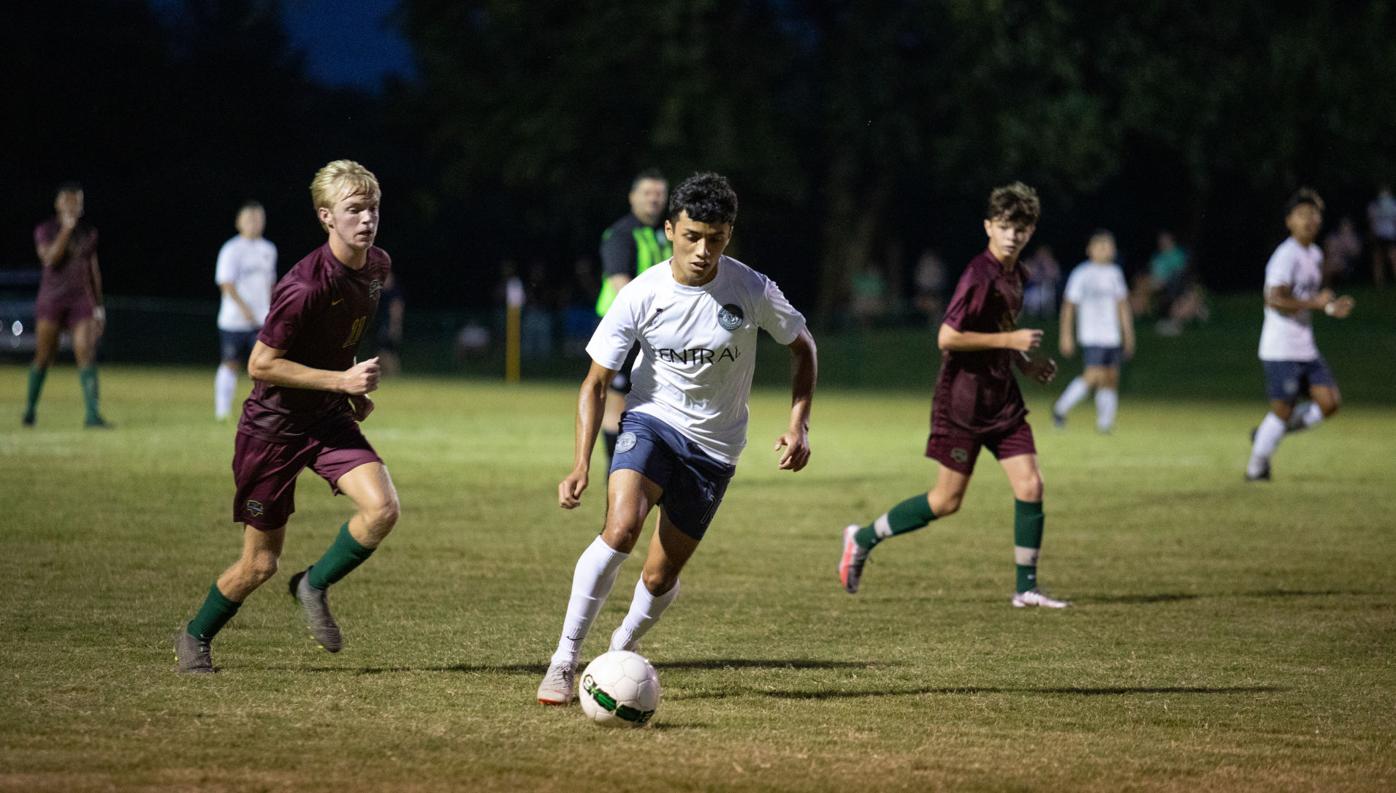 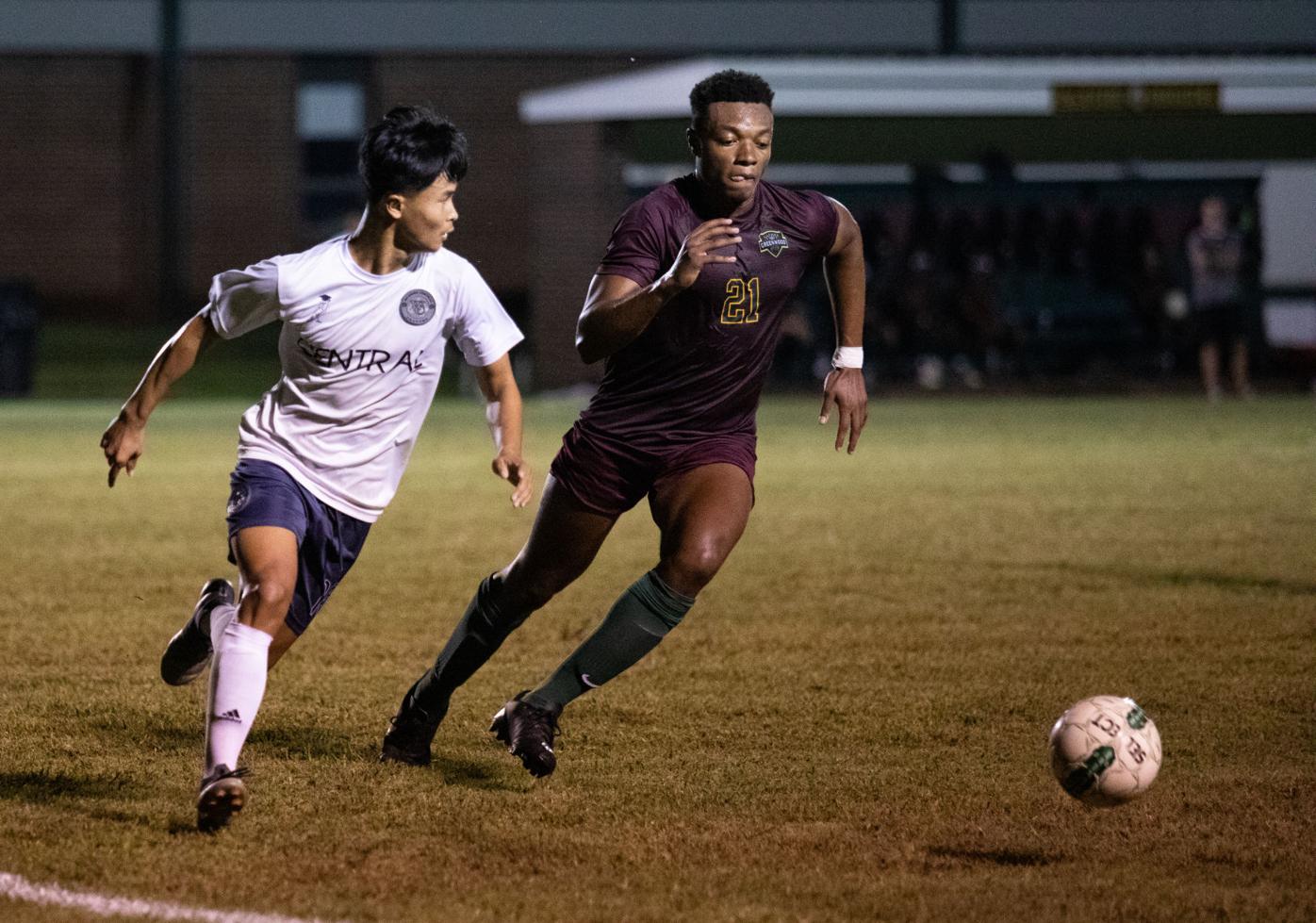 Warren Central senior Ahmed Delic tries to kick the ball away from Greenwood goalie Jax Buchanon during the Dragons’ 1-0 win Thursday at Greenwood.

It was another strong defensive effort for the Warren Central boys’ soccer team, which blanked Greenwood 1-0 on Thursday at Drakes Creek Middle School.

Warren Central (2-0 overall, 2-0 District 14) got all the offense it needed early in the second half. The defense took it from there, limiting the Gators to nine shots on the night.

“We try to focus on defense,” Warren Central coach Aaron Ray said. “Most of the seniors have been here awhile. They know what is expected of them. Keeping everything from out in front of the goal is something we try to do. Even though they didn’t realize it, they really played a heck of a defensive game as far as not allowing anything on target.”

The Dragons controlled possession for most of the night, but Greenwood (1-1, 0-1) was able to keep it tight throughout. The teams battled to a draw in a scoreless first half. Warren Central had seven shots on goal in the half, but Greenwood goalkeeper Jax Buchanon turned away every shot.

Despite the tie and lack of offense in the first half, Ray said he told his team at halftime to stay the course

“(I told them to) be consistent, keep playing your game and don’t get frustrated,” Ray said. “Don’t allow the missed shots to derail what we are doing as a team ... settle down and play our own game was the message for the second half.”

Warren Central’s pressure finally paid off three minutes into the second half, when freshman Edgar Estrada got off a shot in the box to score his first varsity goal.

“I saw the ball fall to me,” Estrada said. “I had the opportunity and I took it. Luckily, it went in.”

Warren Central’s defense took over from there, with Greenwood unable to muster many scoring chances. The Gators had a couple of corner kicks and a free kick in the final 24 minutes but couldn’t get a scoring chance off the set pieces.

Erick Nzoribala recorded his second shutout of the season for Warren Central, while Buchanon had 12 saves.

“We had the will to win today,” Greenwood coach Luis Llontop said. “We just didn’t put it in today. I look forward to another game with them. I really enjoyed it. My guys really enjoyed it. They were all feeling good, with their heads up. I think they want another shot at them.

“Hopefully everybody is healthy with everything that is happening now, but we will see them again. I’m sure we will.”

The Warren Central Dragons won 1-0 against the Greenwood Gators at Greenwood High School on Thursday, Sept. 10, 2020.