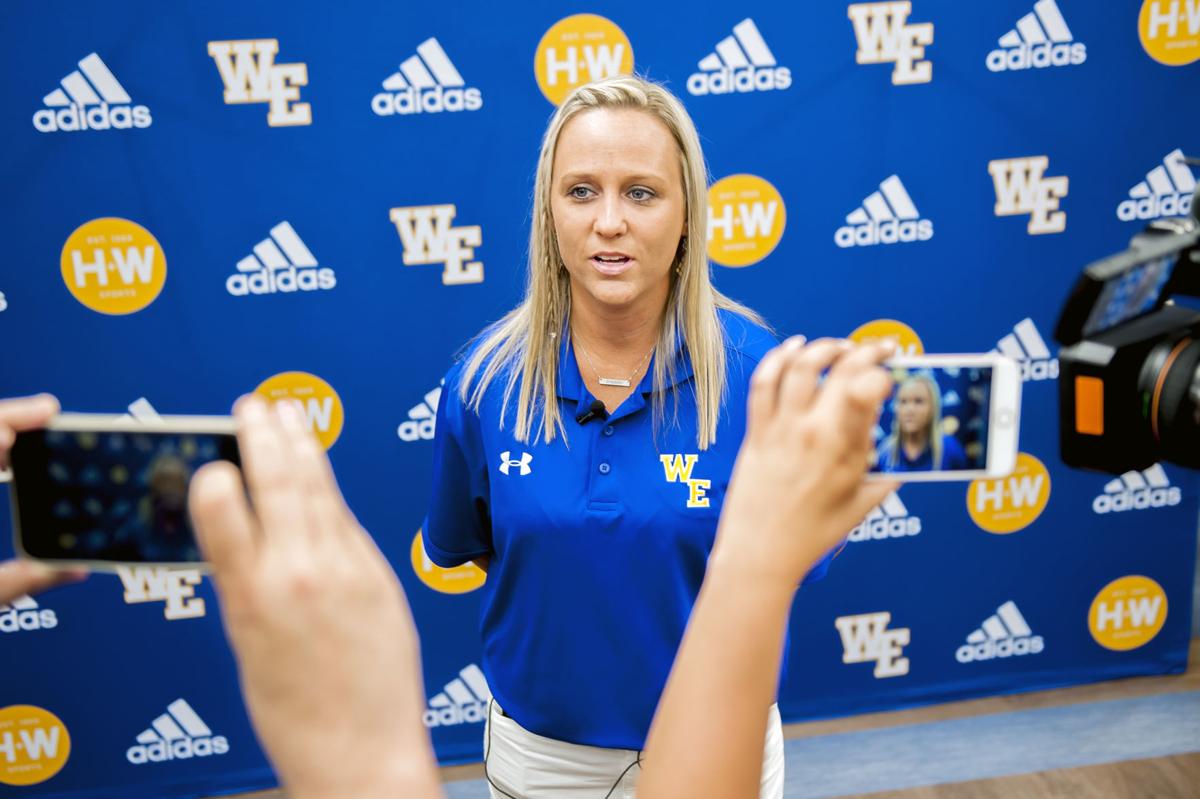 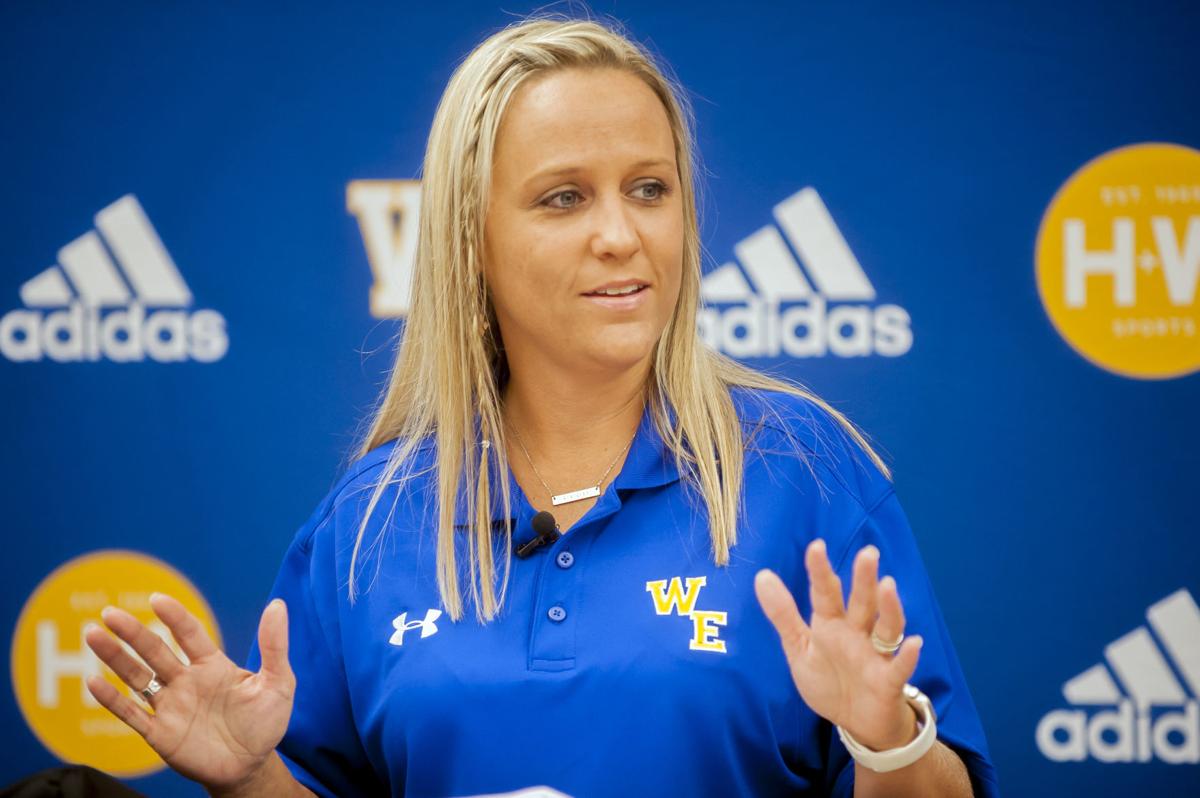 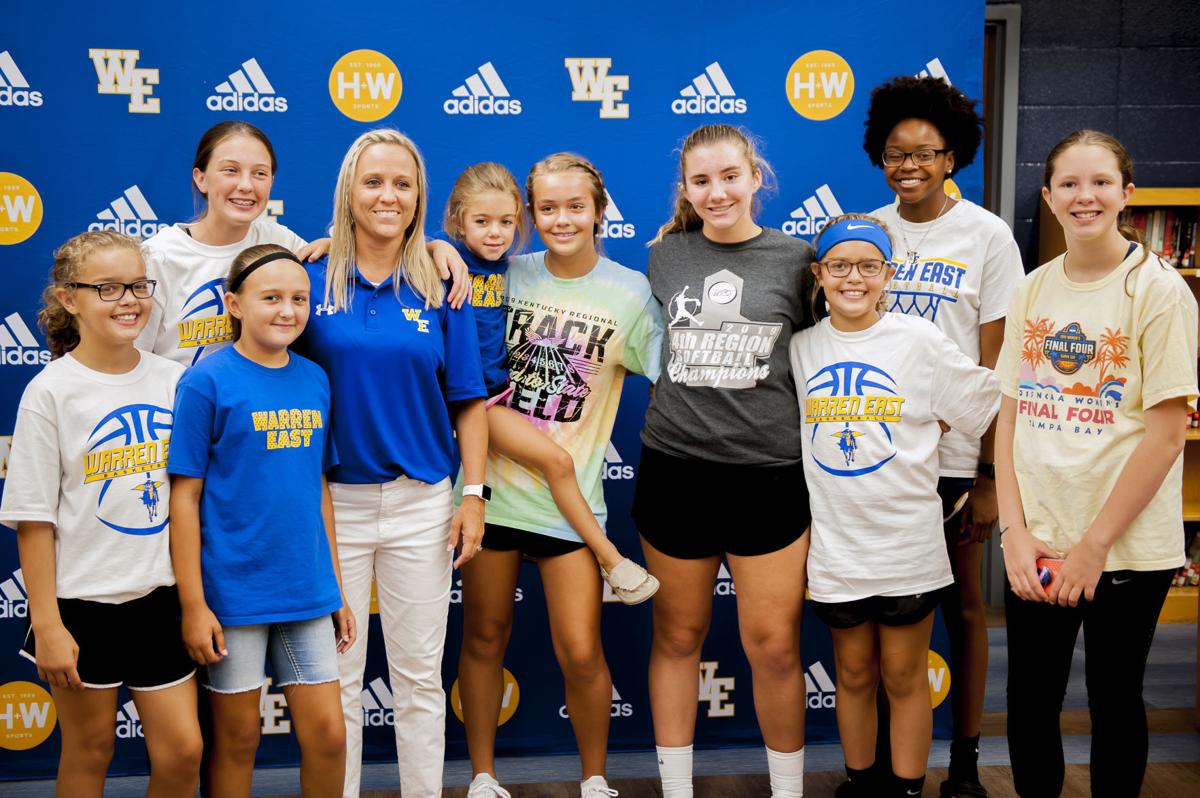 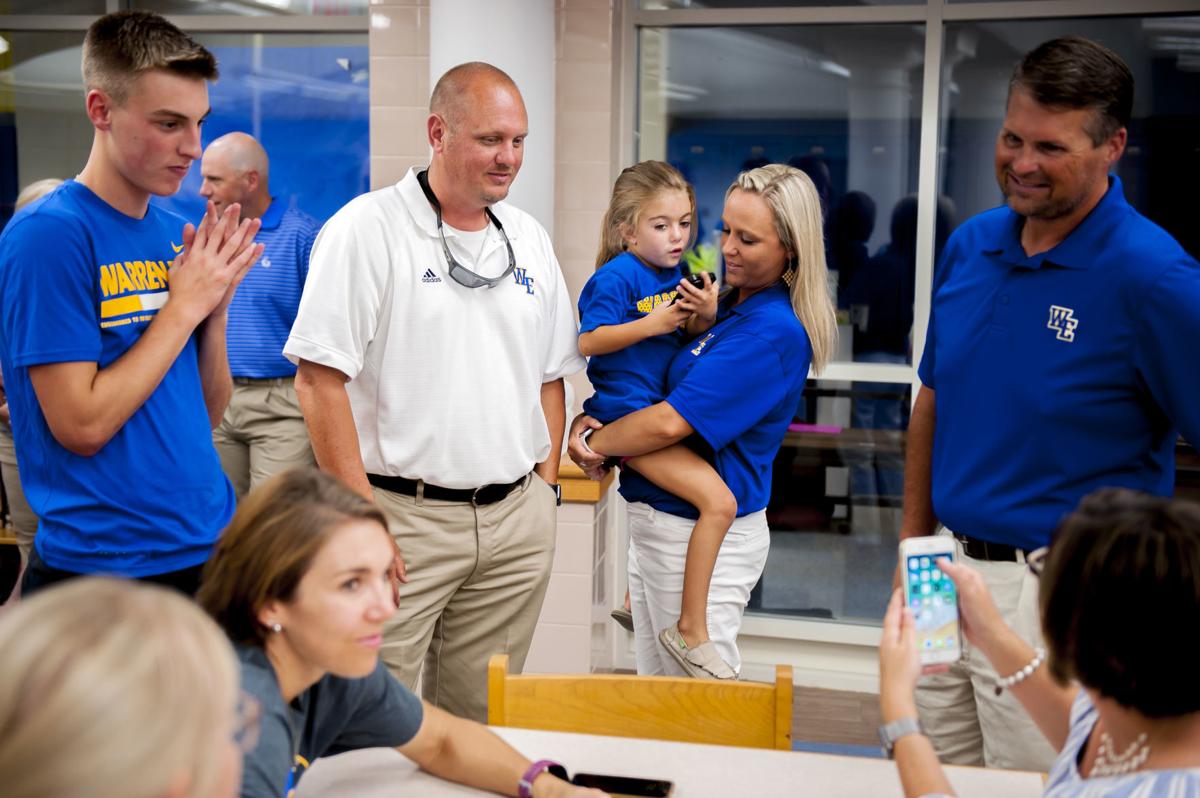 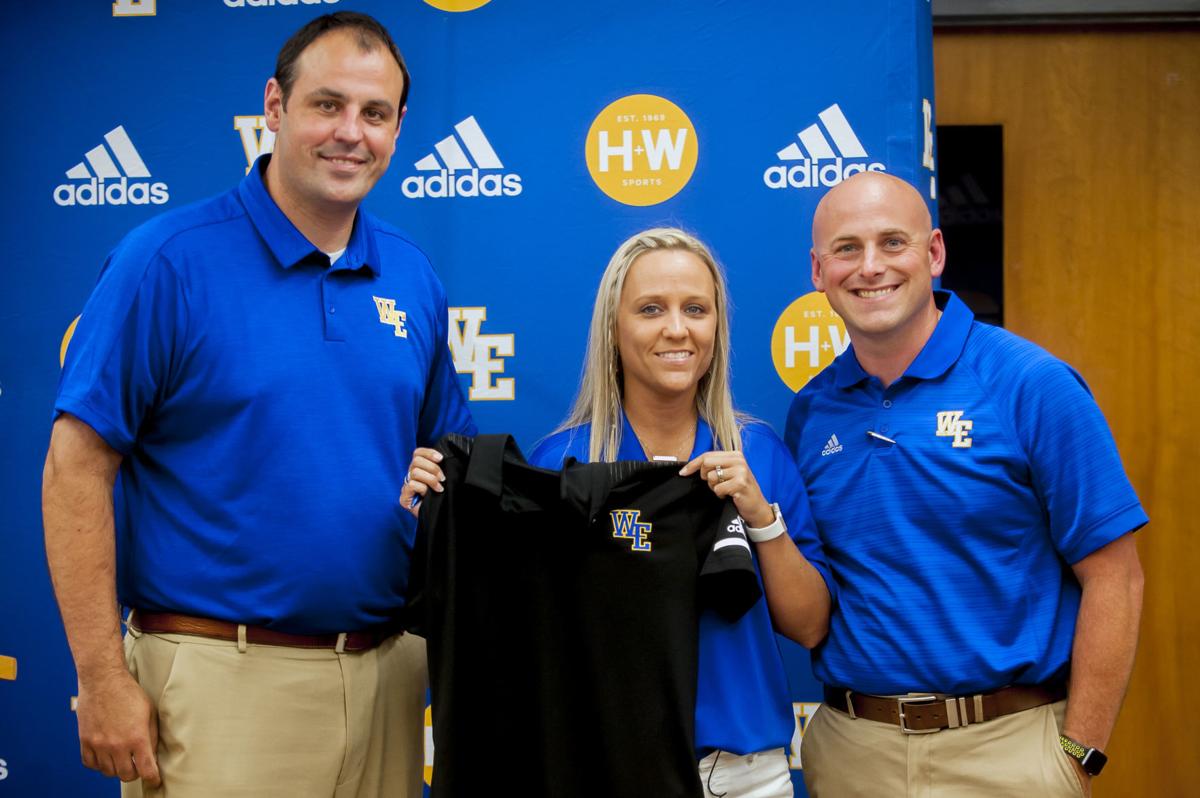 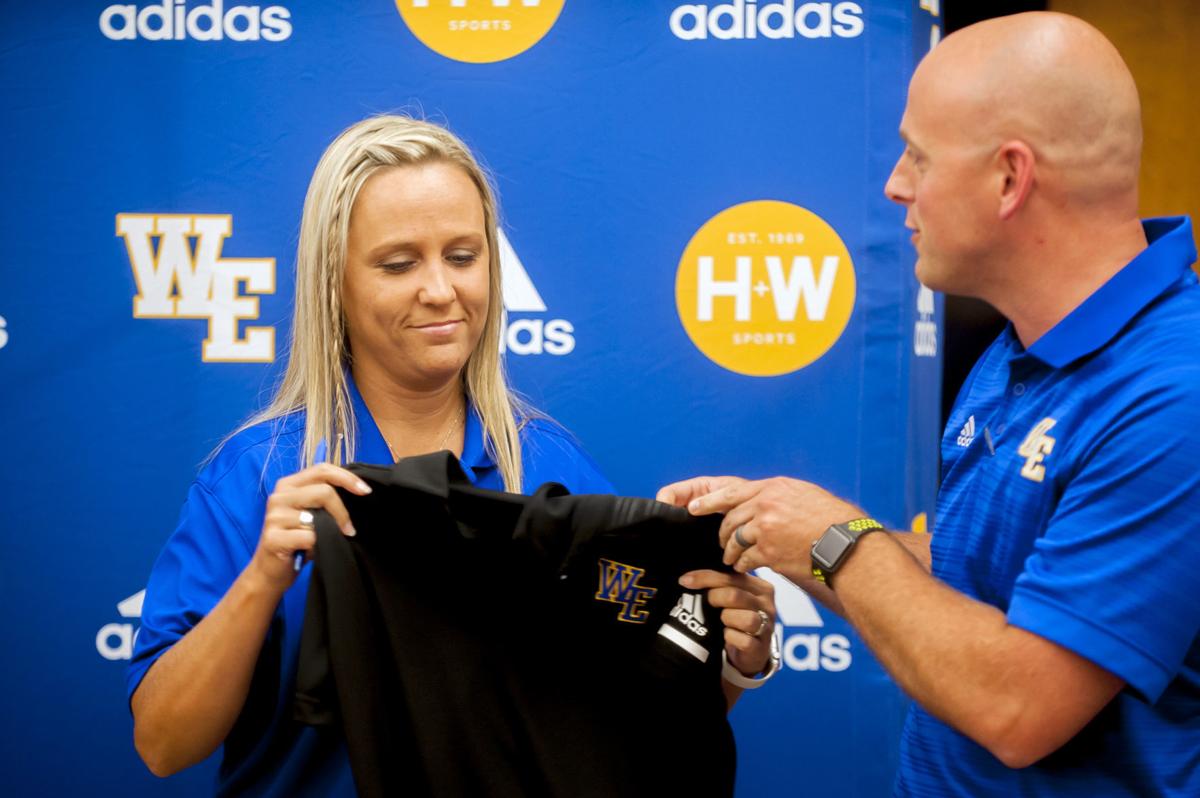 The Warren East girls’ basketball team has reached into its past to find its next leader, with former Lady Raider standout Jenny Jones Neville named head coach on Friday.

Neville was part of the program’s most successful stretch, playing in the mid-90s under Blane Embry before playing at Lindsey Wilson College. She said she is excited to lead the Lady Raiders and hopefully return them to the same prominence that the program achieved during her playing days. Neville replaces Orlando Hayden, whose contract wasn’t renewed at the end of the season.

“I’m very dedicated to this school,” Neville said. “There is nowhere else I would want to be. I take pride in being a Warren East Lady Raider and I want these young ladies to feel the same way when they leave this program.

“Playing for Blane Embry, we had a lot of great teams. He was a great coach, still is a great coach. I learned a lot from him. Hopefully I can use some of that when we take it out on the court.”

Neville said she reached out to Embry and a lot of other former players and coaches on how to approach the task of leading this program. While this will be Neville’s first varsity head coaching job, she brings plenty of experience from within the program – serving two stints as Warren East Middle School’s seventh-grade coach, most recently last season, as well as time as a Warren East Middle School assistant coach. She was also an assistant coach for Warren East in 2003-05 and last season.

She said that experience should ease the transition.

“It absolutely does ease my mind knowing that I have had that experience,” Neville said. “What also eases my mind is the assistants I have asked to be on my staff have had many years of coaching (experience). That will help ease any tensions or questions or problems that will arise. What also helps ease the tension is that I know these girls. I worked at the high school and I also have coached these girls in middle school and high school, so I know them and have a good relationship built with them already.”

Neville inherits a team that has been on the rise the last two seasons, going 32-30 after winning 37 games total in the eight previous years. The Lady Raiders have not advanced to the Region 4 Tournament since 2008, but have finished third in District 14 in each of the last two seasons.

She returns a varsity roster that loses one senior from last season’s team.

“We basically bring back the whole starting five and then some,” Neville said. “The program was very successful now in the middle school. Some of those girls are now moving up to the high school that can help the varsity if need be, but the varsity team ... they are experienced and ready to go and I am ready to lead them.”

And while Neville hopes to have success on the court, she said success off the court will be just as important.

“You play high school ball for four years,” Neville said. “You live longer than that. To me it’s more important to not only be successful on the court, but off the court and to be good people – good young ladies.”