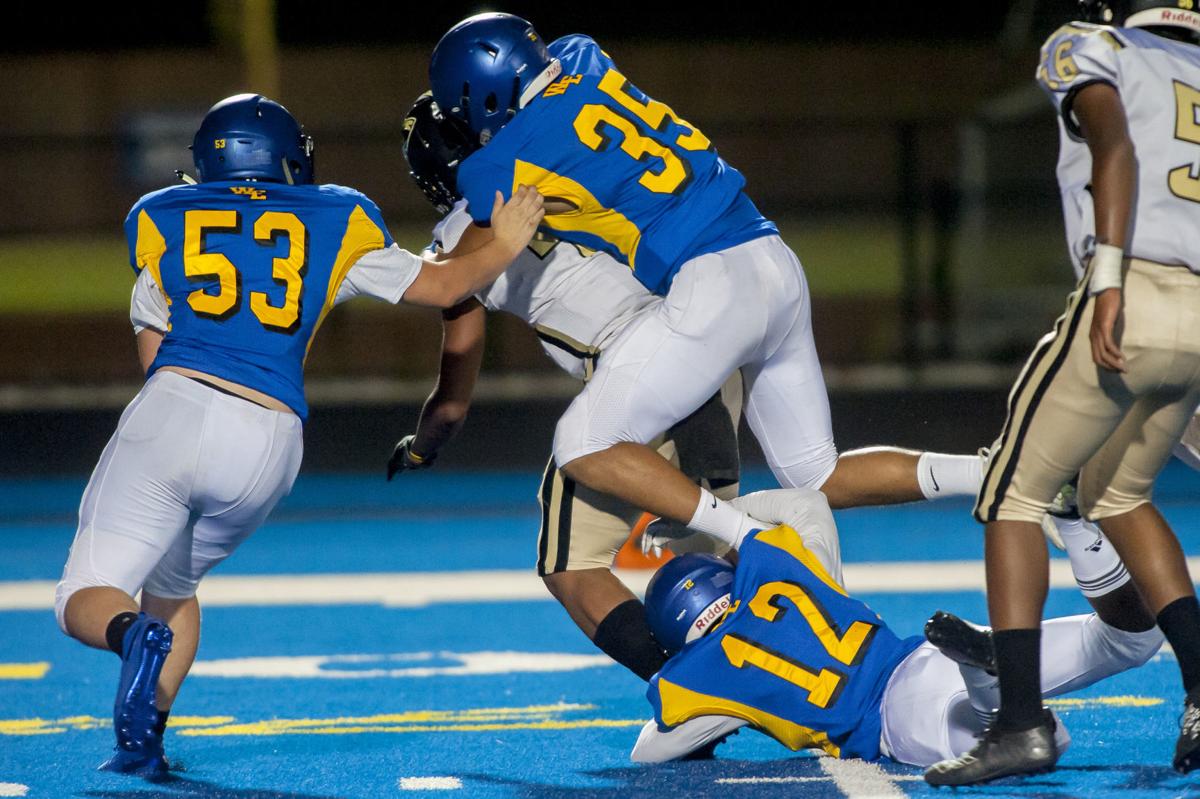 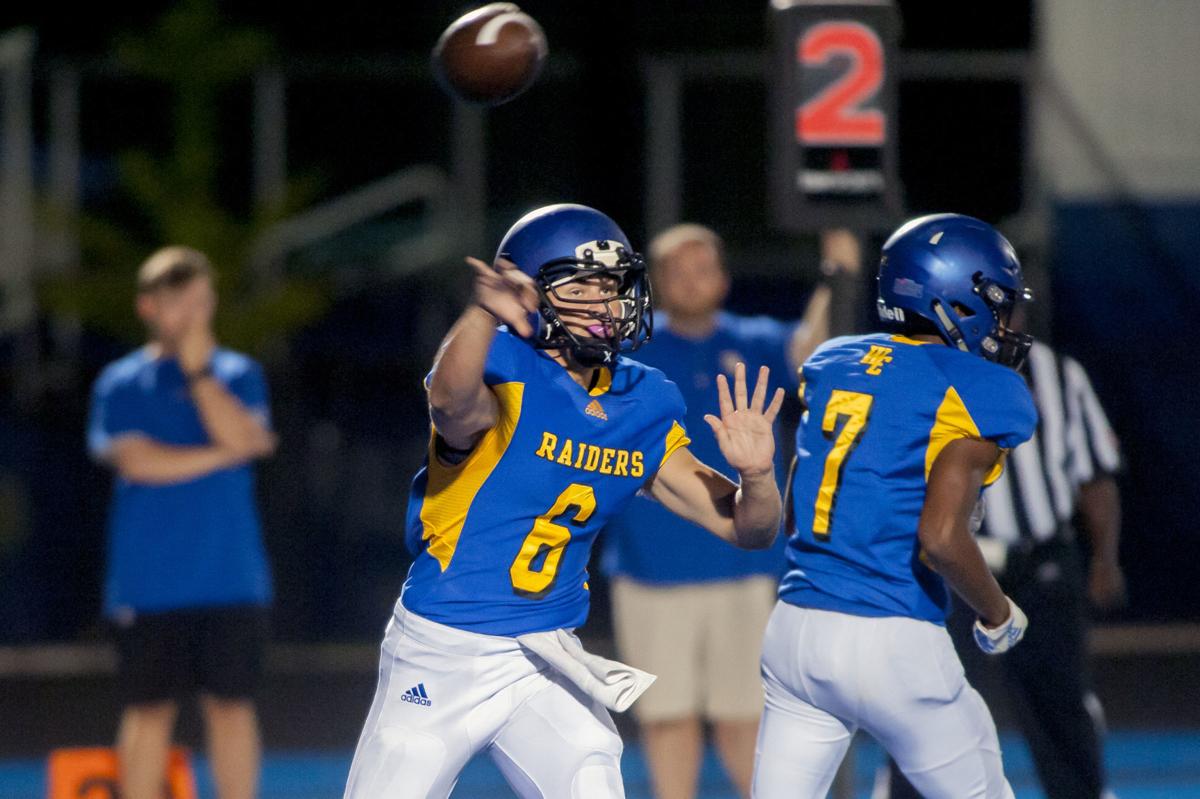 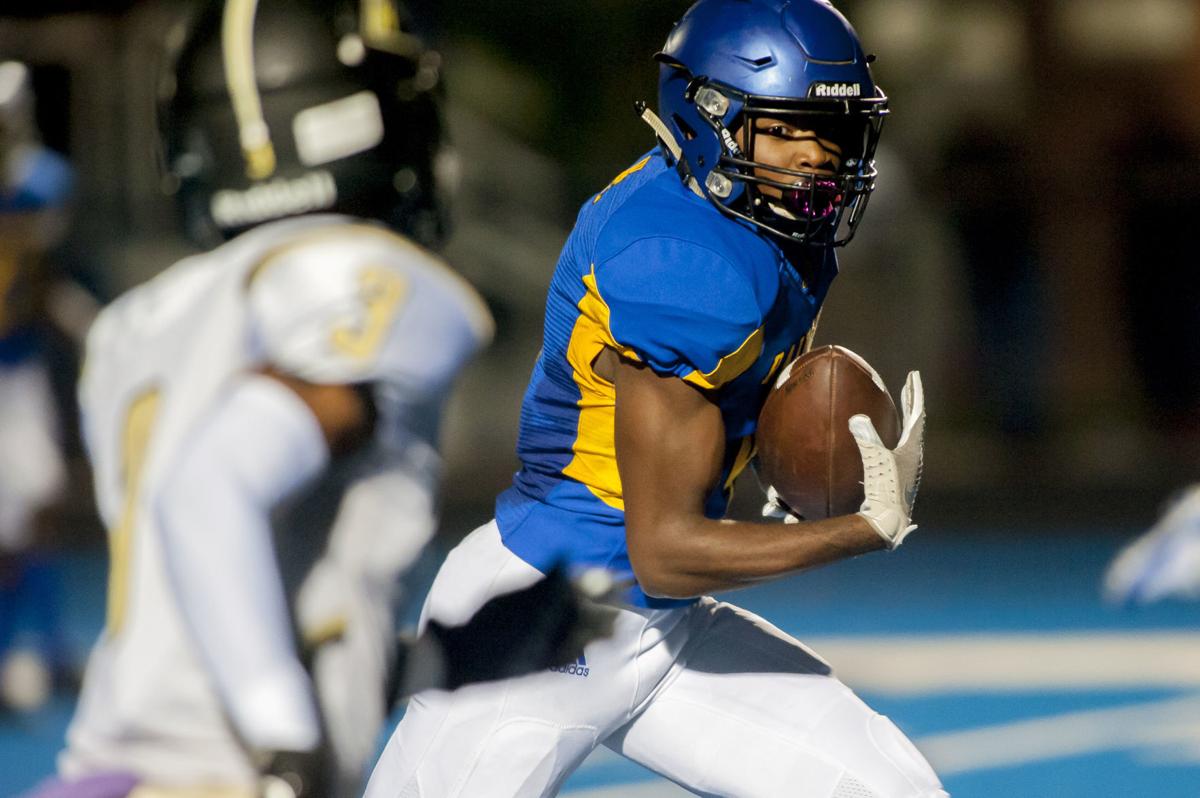 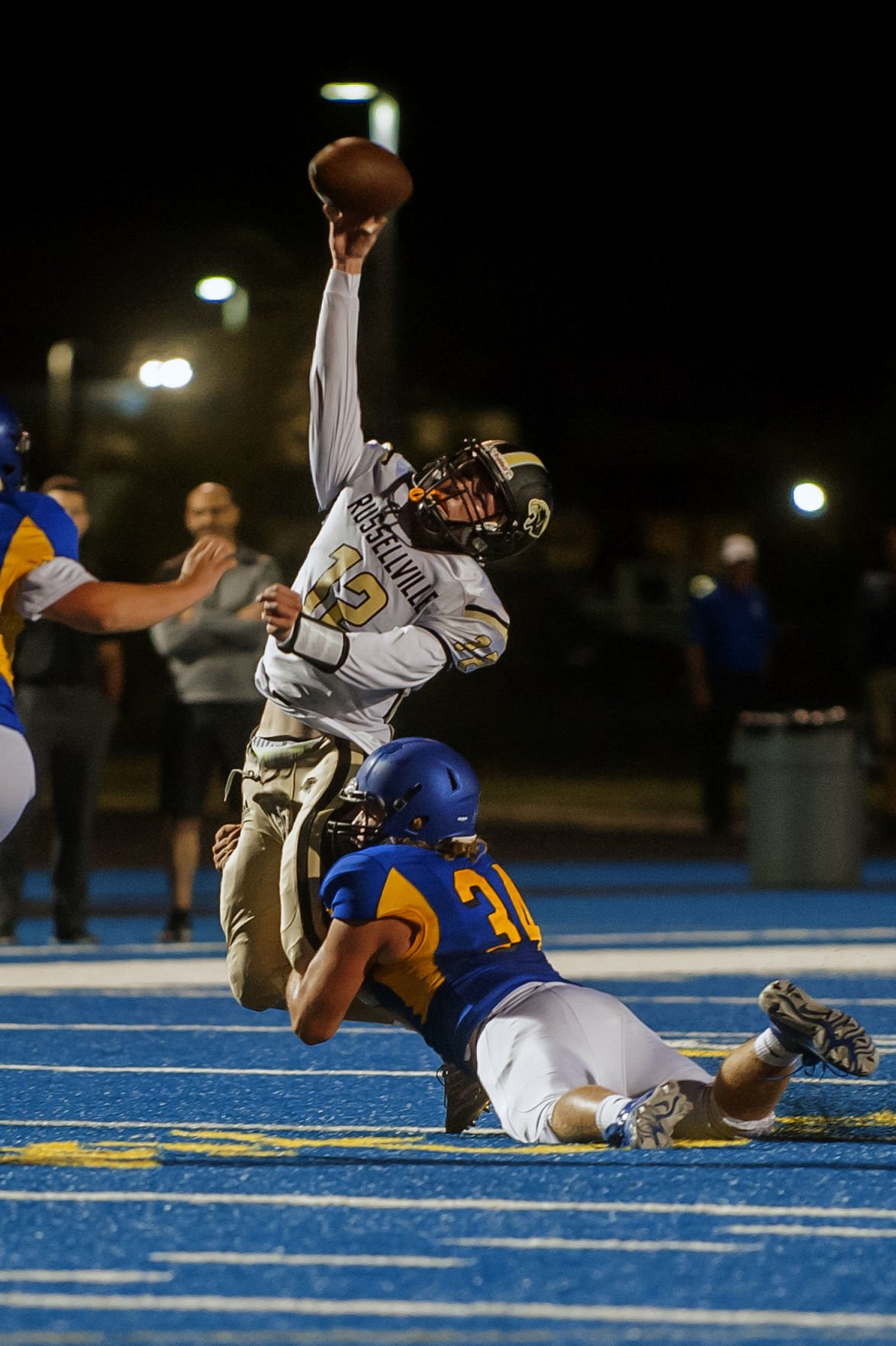 The Warren East football team clicked on all phases, cruising to a 48-0 win over Russellville on Friday at Jim Ross Field.

Warren East (1-0) got a couple of early defensive stands before the offense started rolling to lift the Raiders past Russellville.

“I thought we took advantage of some of their mistakes, especially early on,” Warren East coach Jeff Griffith said. “We were kind of on our heels defensively early on, but then we kind of settled in our run game.

The Panthers started strong, but Warren East was able to quickly turn the tide late in the first quarter to take command.

Russellville (0-1) marched inside the 10 on the first drive, but the Warren East defense was able to hold strong and turn the Panthers over on downs.

The Panthers got to the Warren East 10 on the second drive, but again turned it over on downs.

“That was huge because that was early in the game,” Griffith said. “I’ve said a bunch of times that momentum is the most powerful thing in football. If they put it on the board early, then all of a sudden they’ve got momentum and that’s huge.”

Warren East took it down the field on the next possession with Nolan Ford finding EJ Smith wide open down the seam for a 46-yard touchdown reception late in the first quarter.

“Coach could see they were playing man,” Smith said. “We have a lot of speed and a lot of athletes on the team, so honestly we should be making plays when plays need to be made. (Coach told us) to get open … and get the job done. I performed what he wanted us to do.”

Special teams set up short fields, leading to Raiders touchdowns on the next two drives. Warren East started at the Panthers’ 17 after a blocked punt, scoring on a TD pass from Ford to Desean Gilbert.

A bad snap on a punt on the next possession led to a 12-yard keeper by Ford that made the score 21-0 midway through the second.

On the next possession, Smith intercepted Lennon Ries and returned it to the Russellville 26. Three plays later, KJ Alexander ran it in from 7 yards out to give Warren East a commanding 27-0 halftime advantage.

The Raiders added two more scores in the third – a 36-yard pass from Ford to Demontra Pillow in the flat and a 30-yard scramble by Ford – to start the running clock and extend the margin to 41-0.

Warren East added one more score in the fourth for the final margin.

Warren East finished with 325 yards of offense. Ford ran for 66 and threw for 128. Alexander finished with 54 yards rushing, while Smith had two receptions for 53 yards.

“It felt really good to have all my boys out there getting the job done, getting turnovers for the team, making plays and putting us in the best position to win,” Smith said.

Russellville will host Glasgow at 7 p.m. Friday, while Warren East will face South Warren in the German American Bank Bowl at Houchens-Smith Stadium at 6 p.m. Friday.

GLASGOW – The Glasgow Scotties spent the first quarter of their 2019 opener searching for a rhythm. After several throwaway possessions, head …