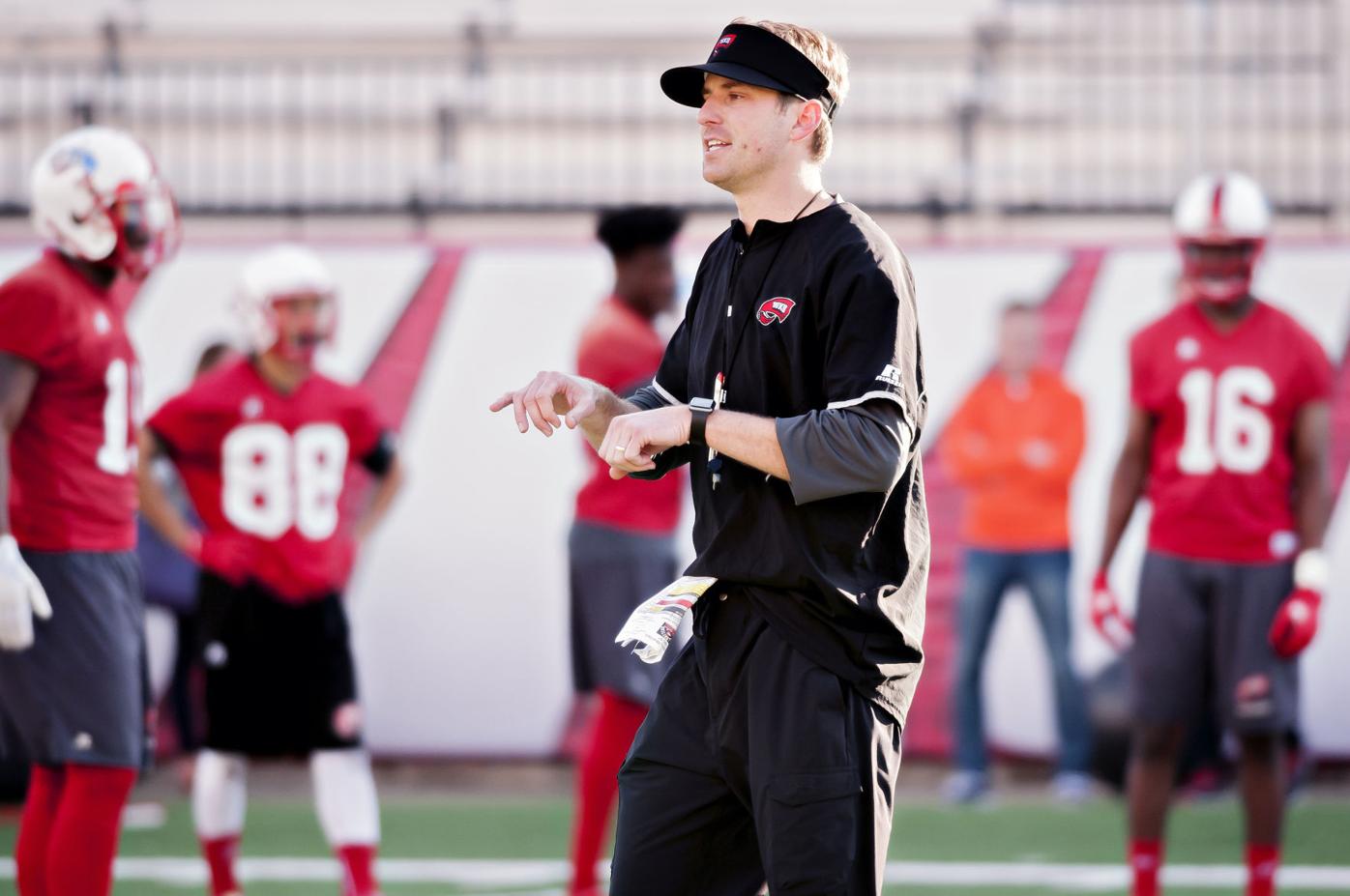 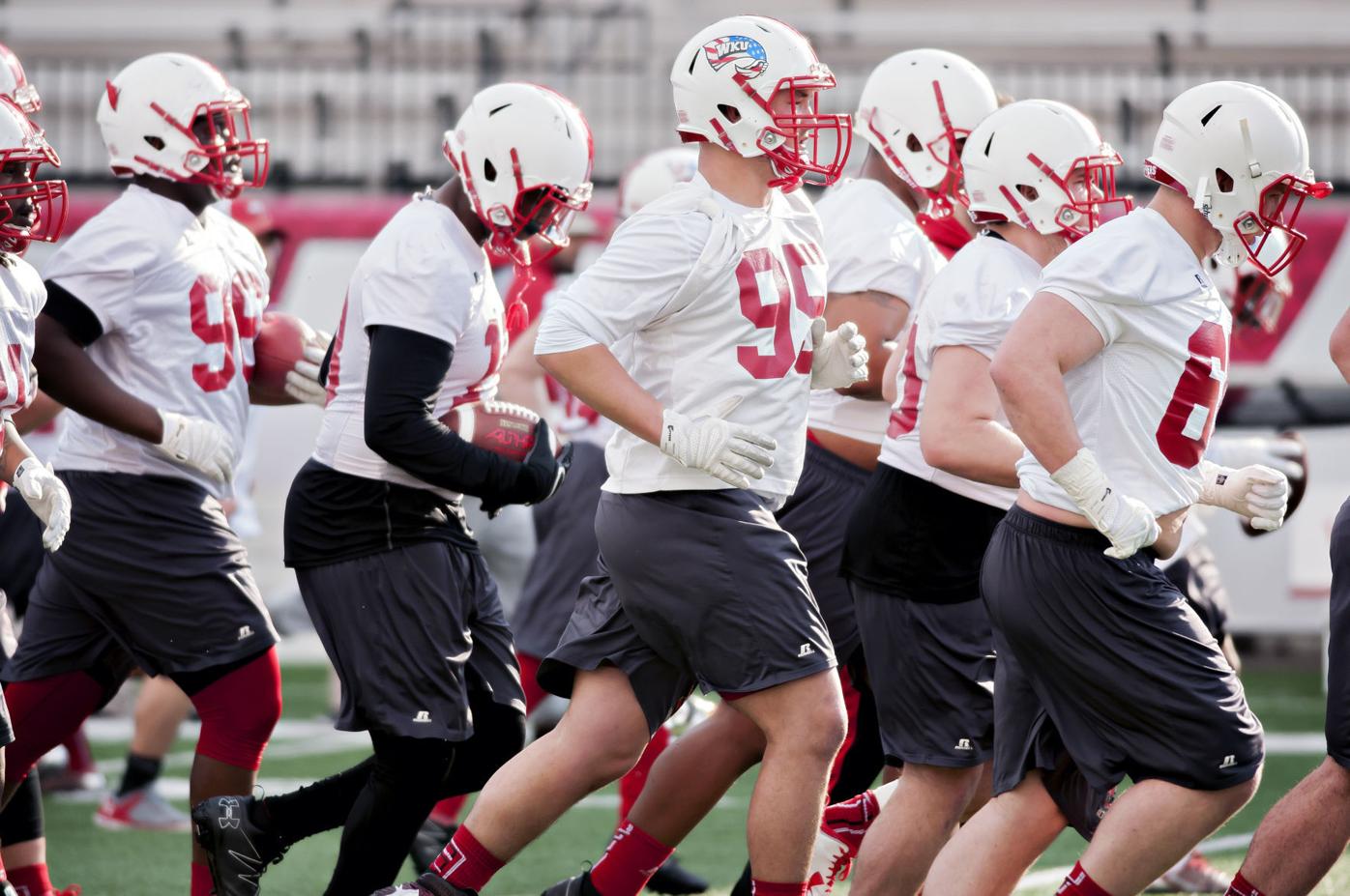 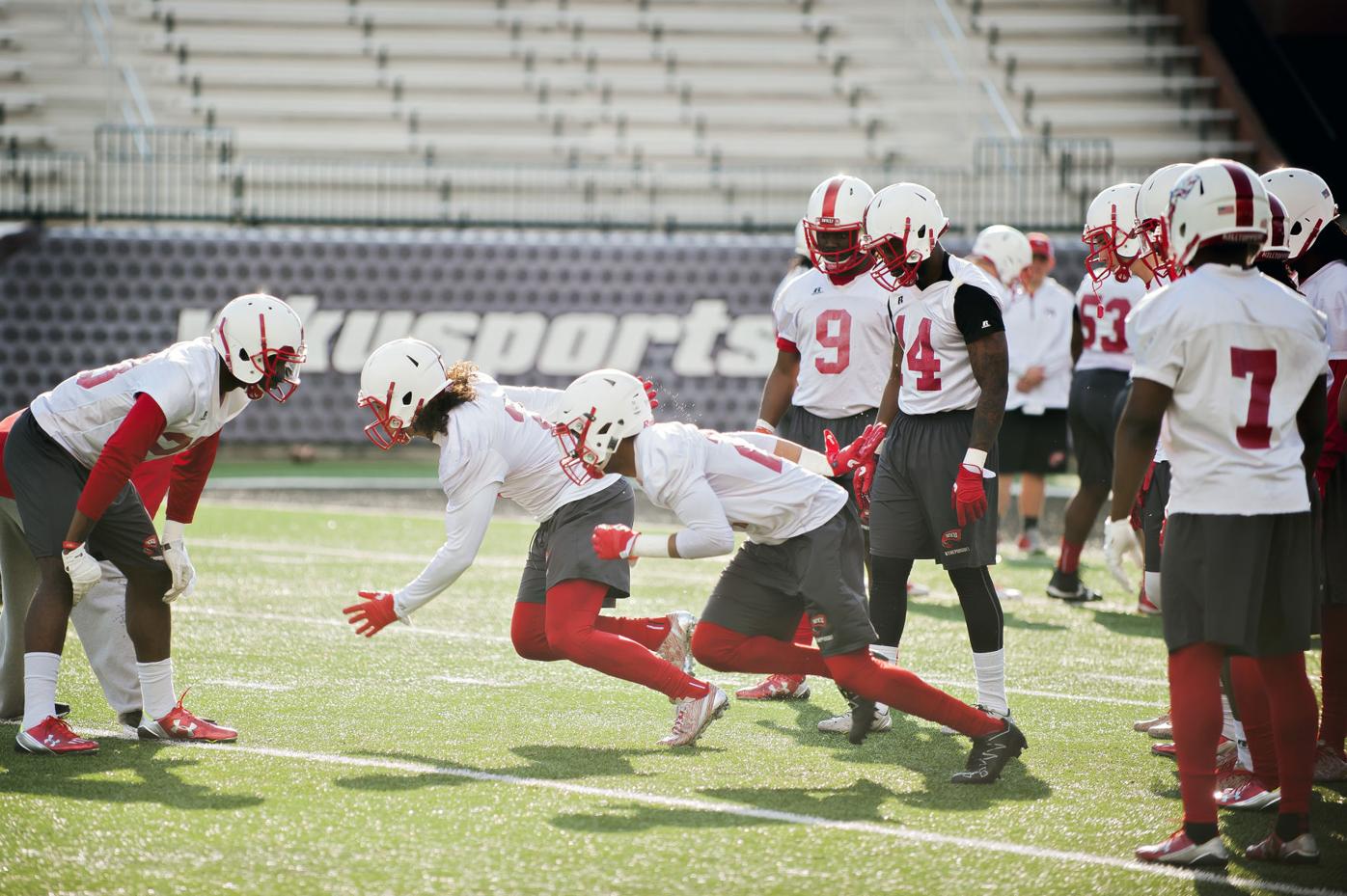 During team drills, the Hilltopper coach or one of his staffers blows an air horn whenever the WKU defense forces a turnover. On the other hand, an offensive touchdown leads to a playing of the school’s fight song, “Stand Up and Cheer.”

Those two sounds were repeated several times Thursday during the first spring practice of Sanford’s tenure.

“Anytime there’s a turnover, we’re going to lay into that horn,” Sanford said. “That air horn’s going to go off pretty wildly. It basically announces to everyone on the field, whether you’re working on a different drill, that there was a ball that was taken away by the defensive unit.

“On the flip side of that, the offense has to be rewarded for scoring touchdowns. We believe we have one of the best fight songs across America, so we want to strike that sucker up a whole bunch and today we struck it up a few times. We want to get it up even more.”

The Toppers have 13 spring workouts remaining, including one at 4:15 p.m. Friday, leading up to the spring game April 22.

Sanford said he hopes those upcoming practices feature as much energy as Thursday’s, as WKU players and coaches went nonstop from around 4 p.m. until past 6:30.

The first spring practice was about getting players used to Sanford’s tempo, focusing on fundamentals and teaching the new staff’s playbook.

In regards to the first goal, the Hilltoppers raced from station to station for different drills, but quarterback Mike White said he was impressed they did so in an organized manner.

“We got the receivers, tight ends where they needed to be. We ran the plays, we executed fairly well for the most part.”

As for the fundamentals, the entire team was called to midfield twice early in the practice to go over techniques for basic football skills.

After those demonstrations, each position group practiced those skills among themselves.

It was unusual to see offensive linemen practicing stripping the ball from one another or kickers wrapping each other up. But as Sanford came over and noted to media members that were watching, there might come a time when one of those players may be in that position on the football field.

“The next thing I know we’re tackling each other,” White said. “I’m like, ‘Alright, I hope I don’t get in that scenario because that means we gave the ball to the other team.’ But no, it was fun.”

Adams’ offense takes much of its roots in what Boise State – where he was recently wide receivers coach – has run the past several years. The attack will center around Mike White’s passing abilities, but the running game will also be relied upon.

Defensively, Clayton White’s unit worked on the first-time coordinator’s 4-2-5 attack. Having five defensive backs on the field at one time will be standard for the Tops this fall facing notoriously pass-happy Conference USA offenses.

“Day 1 was great, a lot of energy from the defense,” linebacker Joel Iyiegbuniwe said. “We had four or five turnovers today. That was big for us. Coach wanted us to come out here and have some energy.”

Three open starting spots means WKU’s offensive line is an area where players have a chance this spring to earn some playing time.

Returning starters Dennis Edwards and Brandon Ray were on the line at their familiar right guard and left guard spots, respectively.

Joining them with the first team were Matt Nord at right tackle, Seth Joest at center and Jimmie Sims at left tackle.

Other first team offensive players were White at QB, D’Andre Ferby at running back, Kyle Fourtenbary at tight end and Lucky Jackson, Quin Jernigan and Kylen Towner at wide receiver.

Carson Jordan, Chris Johnson, Julien Lewis and Evan Sayner played on the first-team defensive line, with Iyiegbuniwe and Masai Whyte behind them at linebacker.

Returning starters Joe Brown and De’Andre Simmons worked at corner, with Leverick Johnson starting as a nickel back. Juwan Gardner and Drell Greene saw time at safety while Marcus Ward gets closer to 100 percent in his recovery from a September knee injury.

Linebacker Daeshawn Bertram, defensive back Martavius Mims and wide receiver Nacarius Fant all stayed out of practice Thursday, working out on the sidelines. Those three are all rehabbing 2016 injuries.

Defensive back Jason Johnson and offensive lineman Tyler Camp are both out indefinitely with injuries suffered this offseason.{&end}