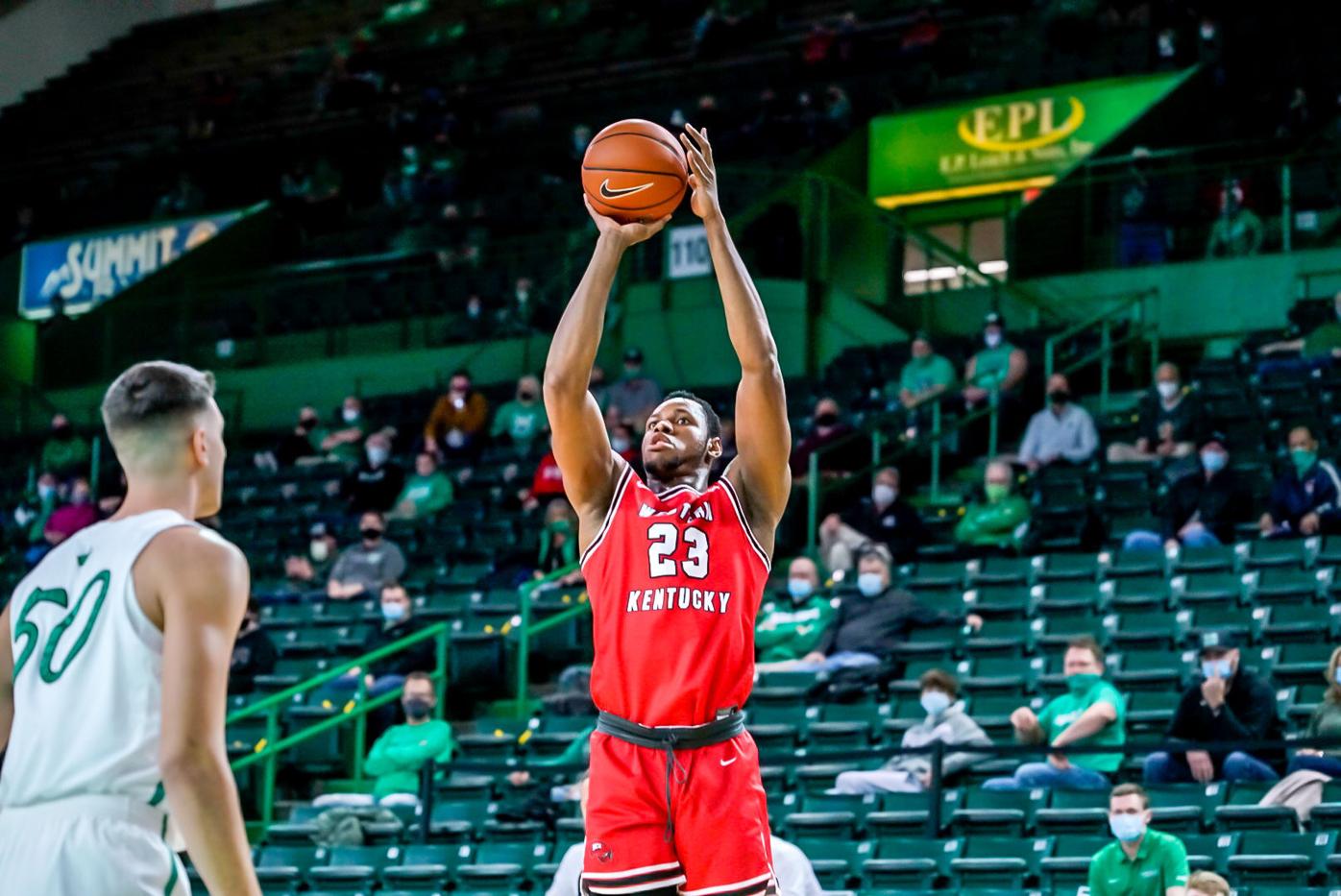 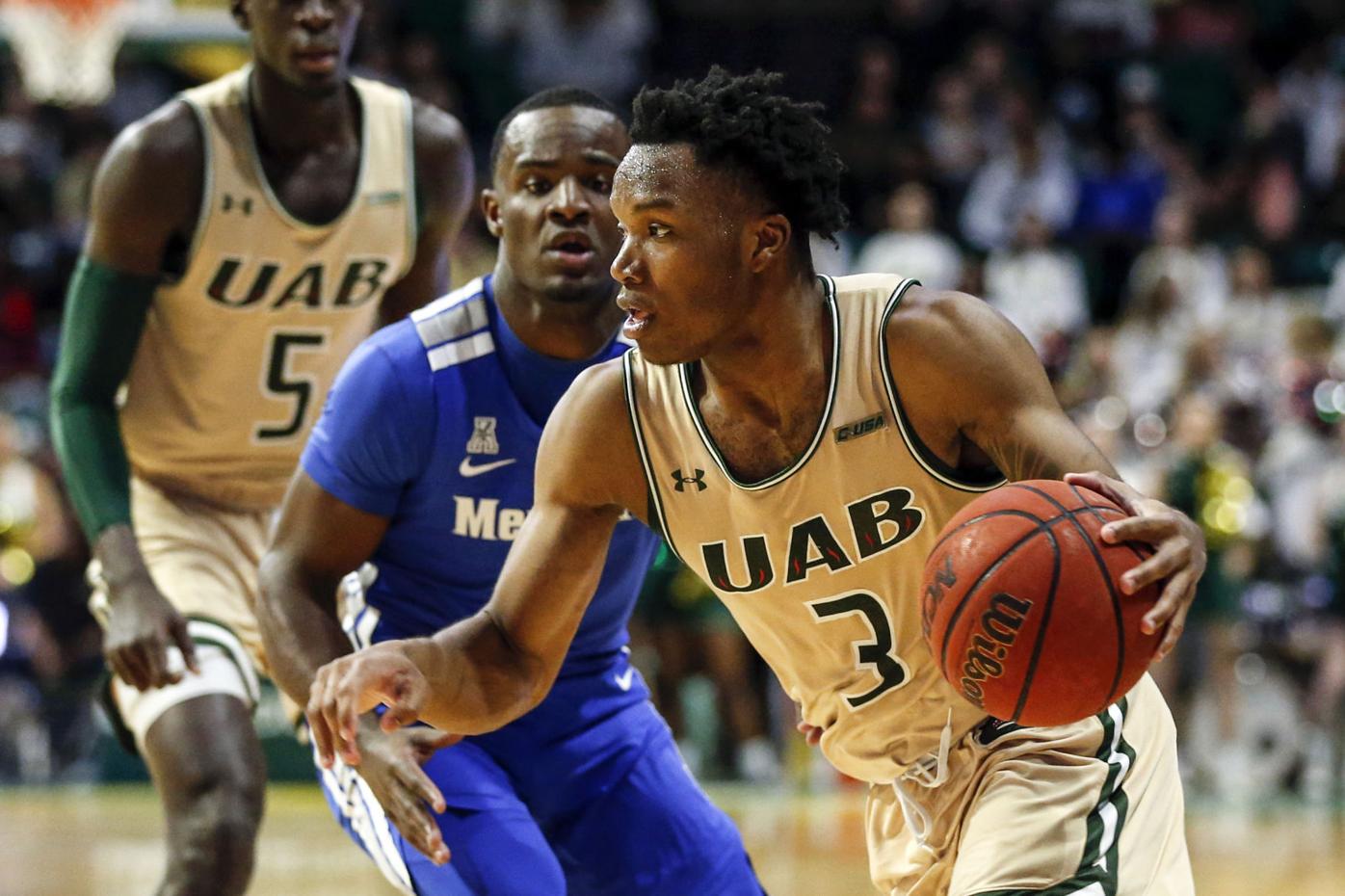 Western Kentucky center Charles Bassey once again dominated in a rivalry sweep for WKU and was named Conference USA Co-Player of the Week presented by Surf & Turf Golf, alongside UAB’s Tavin Lovan, the league announced Monday. Bassey was also named among the top players in college basketball, earning a spot as one of 30 Division I players on the 2020-21 Lute Olson Award National Player of the Year midseason watch list, College Insider announced Monday.

Bassey is now tied with Kenyon Martin (Cincinnati, 2000) for the Conference USA record for Player of the Week awards in a single season.

In the Hilltoppers’ away series against Middle Tennessee, Bassey averaged 19.5 points, 13 rebounds and 4.5 blocks per game. The junior shot 64% from the field, made 1 of 3 3-pointers and 6 of 8 free throws across the two victories.

In Saturday’s opener, the All-American candidate tallied 16 points, 12 rebounds and four blocks on 7-of-12 shooting, marking his 10th double-double of the season. His 12 boards including five offensive rebounds.

In the Sunday rematch, he improved to a game-high 23 points, 14 rebounds and five blocks on 9 of 13 shooting with four dunks, his 11th double-double of the season.

Bassey’s efforts helped WKU win its fourth straight game and third straight road contest as the Hilltoppers improve to its best start (13-4) since the 2001-02 campaign.

The C-USA award is Bassey’s third consecutive honor and sixth of the kind this season, tying the league record. In the nine weeks of play so far this season, a Hilltopper has been named C-USA Player of the Week seven times while the award has been given out 12 times.

The Lute Olson Award is named in honor of Hall of Fame coach Lute Olson, who won 776 games in 34 seasons, 24 of which were spent at the University of Arizona. During that stretch he led the Wildcats to 11 Pac-10 Conference titles, 23 consecutive NCAA Tournaments, four Final Four appearances and a National Championship in 1997.

Olson is one of just 25 head coaches in NCAA history to win 700 or more games (all divisions) and ranks ninth on the Division I career victories list. He finished with a winning percentage of .731 and is the all-time winningest coach in Arizona history with 587-190 record (.755). He was named Pac-10 Coach of the Year seven times. Olson also guided Arizona to 20 consecutive 20-win seasons and is one of only three coaches in NCAA history to record 29 or more 20-win seasons.

The junior guard, a former standout at Franklin-Simpson High School and the son of former Hilltopper Tony Lovan and ex-Lady Topper Veronica (Cook) Lovan, threw down a career-high 32 points on 13-of-22 makes from the floor on Saturday, also chipping in a season-high 11 rebounds, five assists and two steals.

He opened the weekend with 14 points on Friday, missing just two of his seven attempts from the floor. In total, Lovan averaged 23 points, 6.5 rebounds and 3.5 assists, also hitting 83.3 percent of his 12 free throws and committing just one turnover in 31.8 minutes per game.{&end}