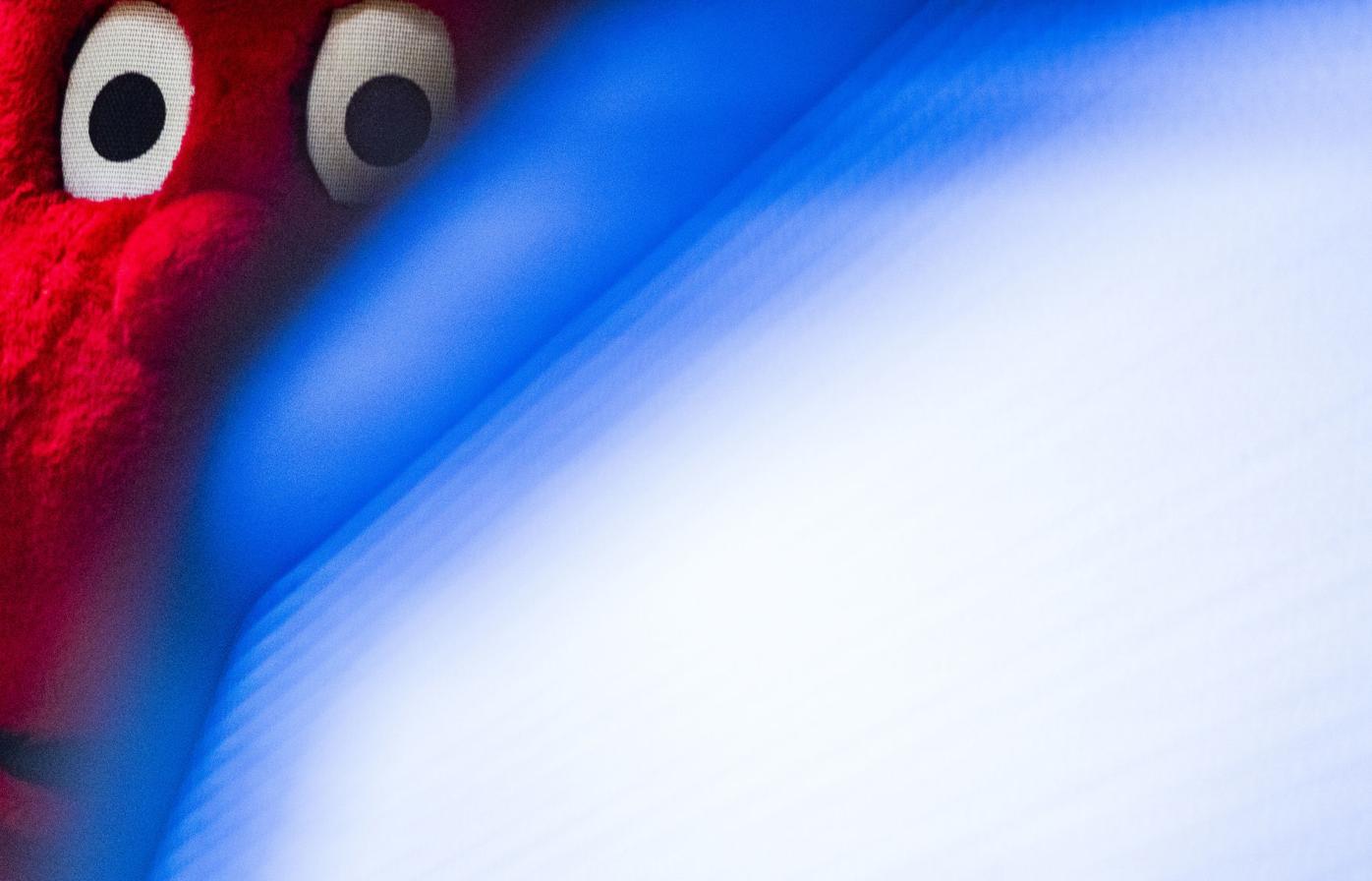 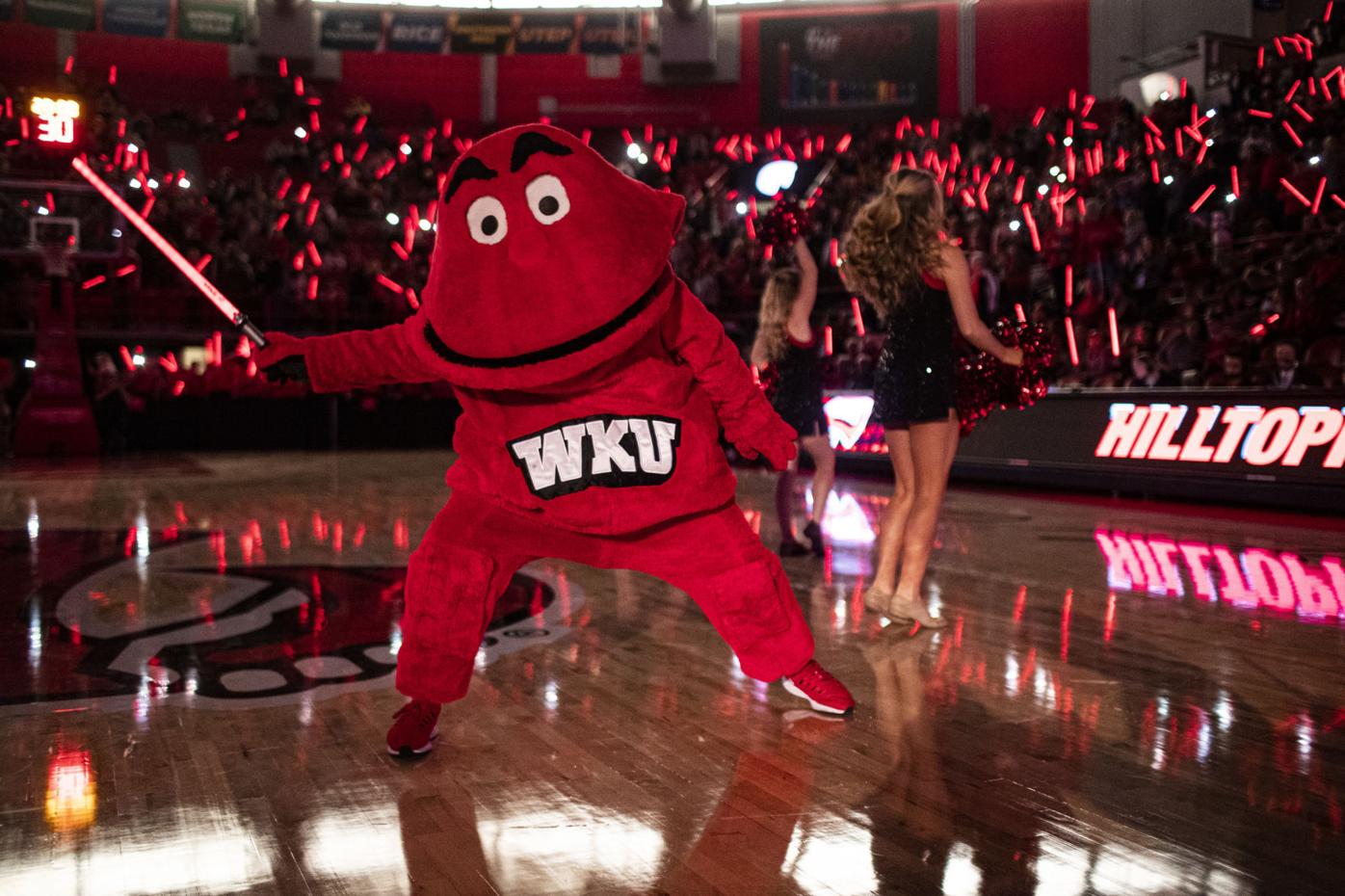 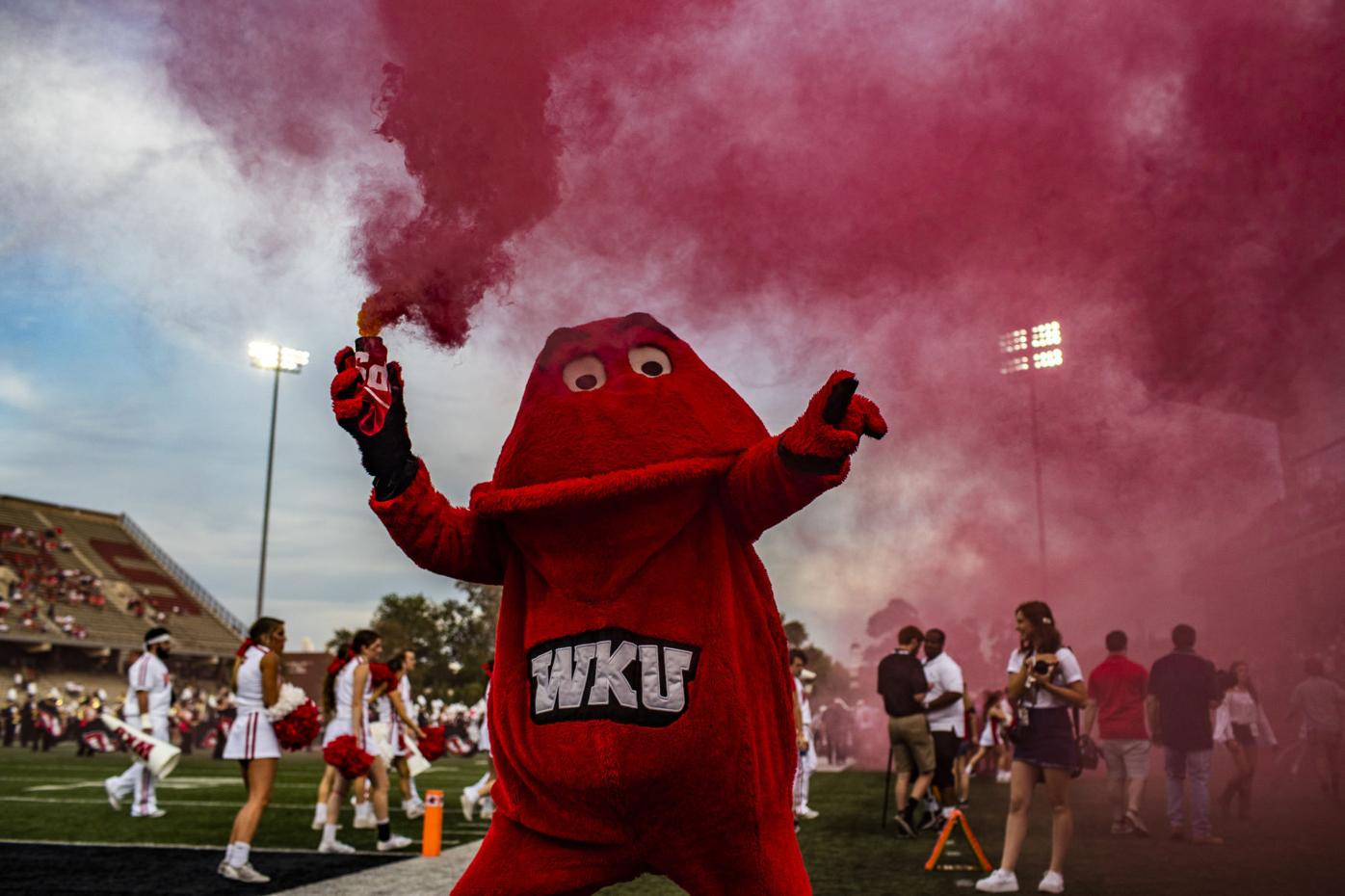 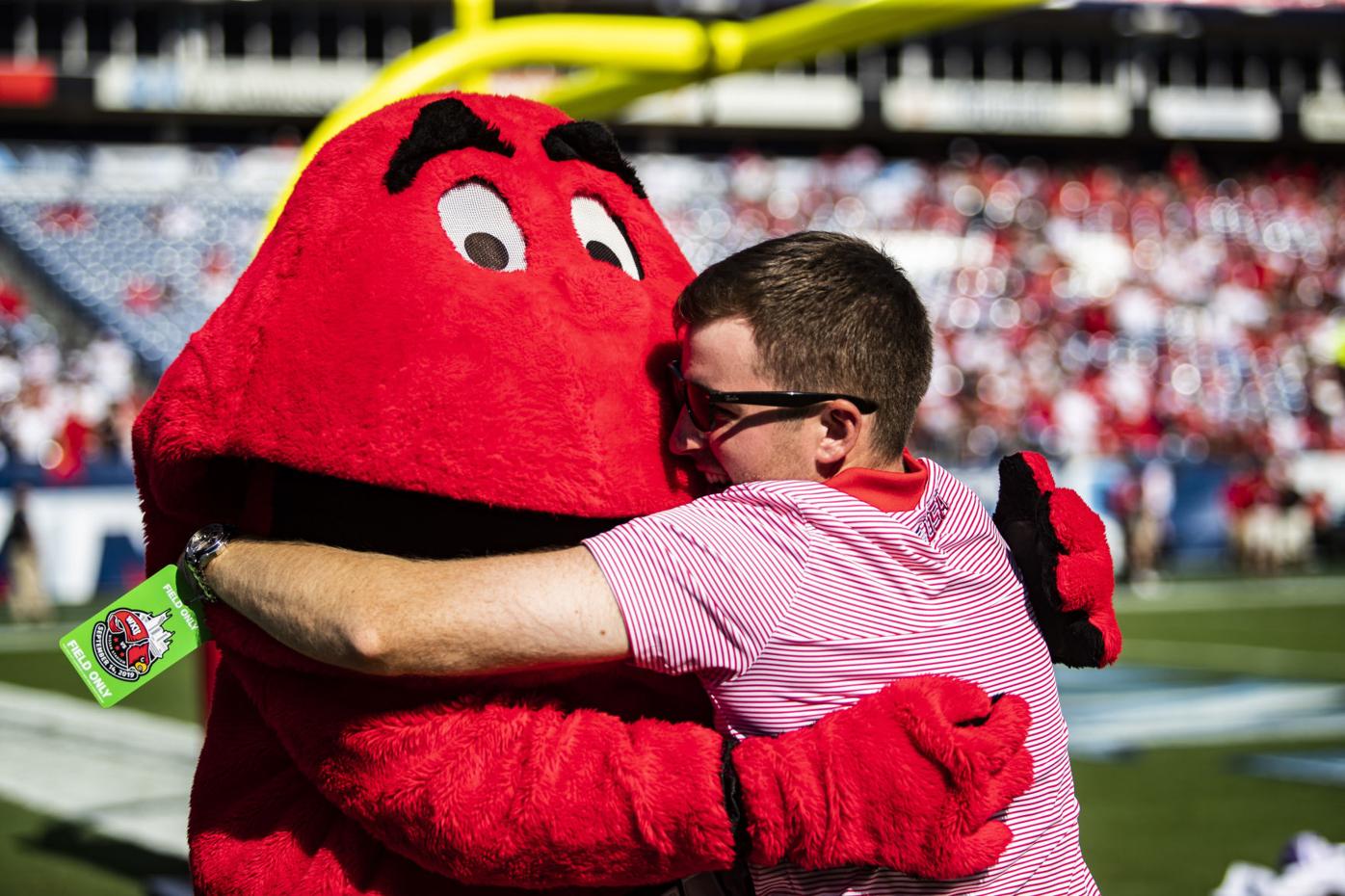 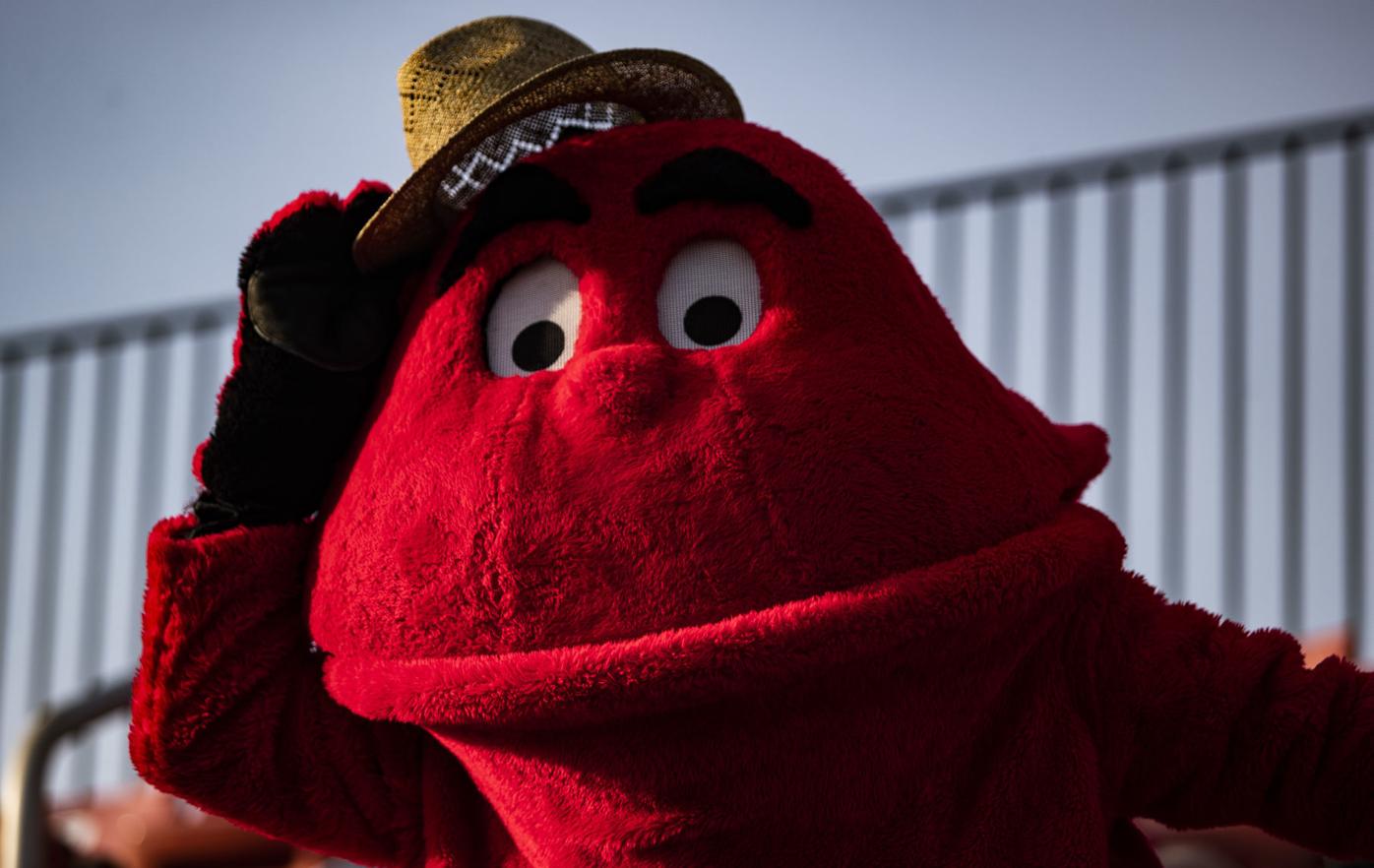 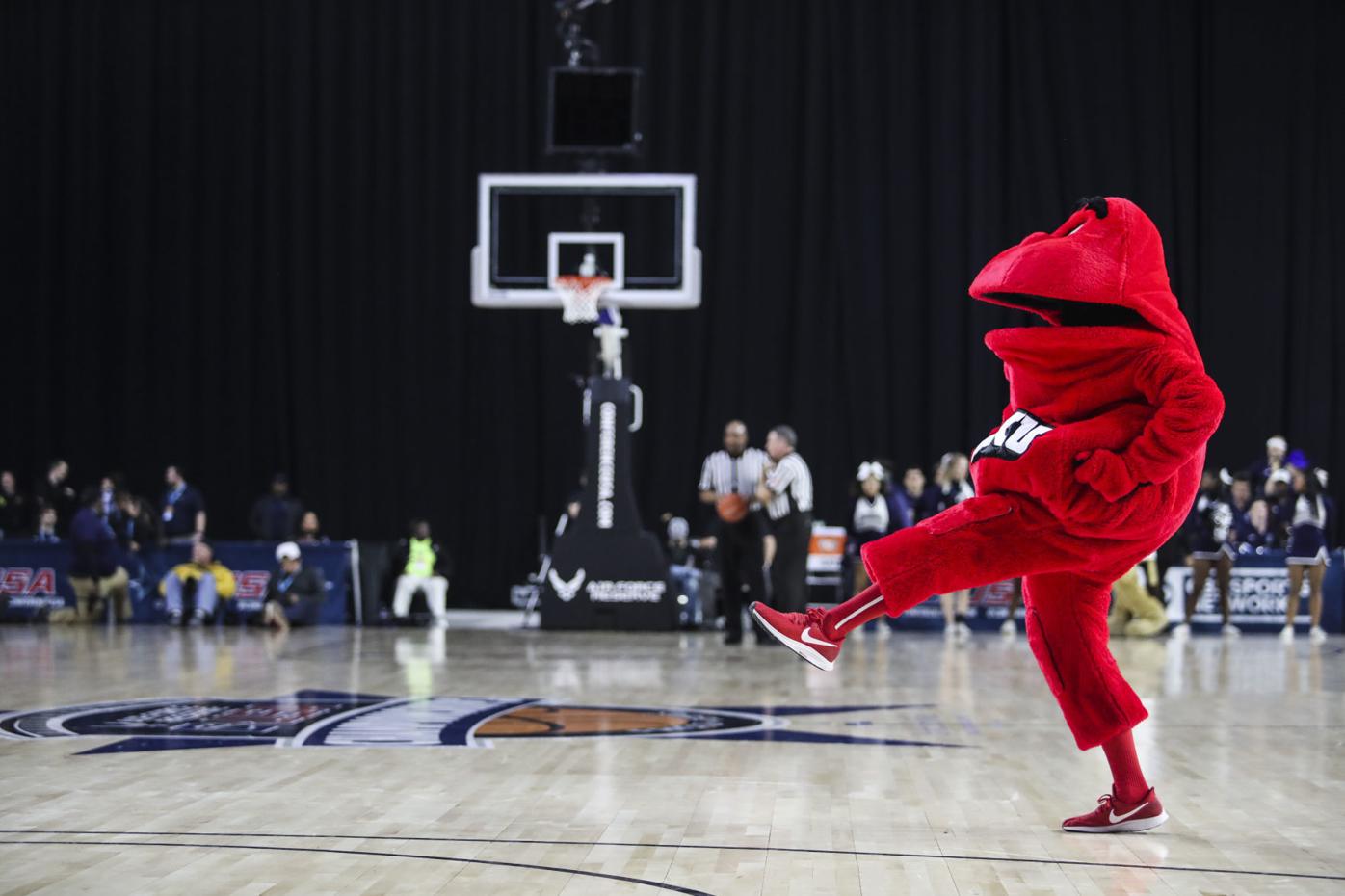 Big Red dances during WKU's 62-56 loss to Old Dominion on Saturday, March 16, 2019, at The Star in Frisco, Texas. (Austin Anthony/photo@bgdailynews.com) 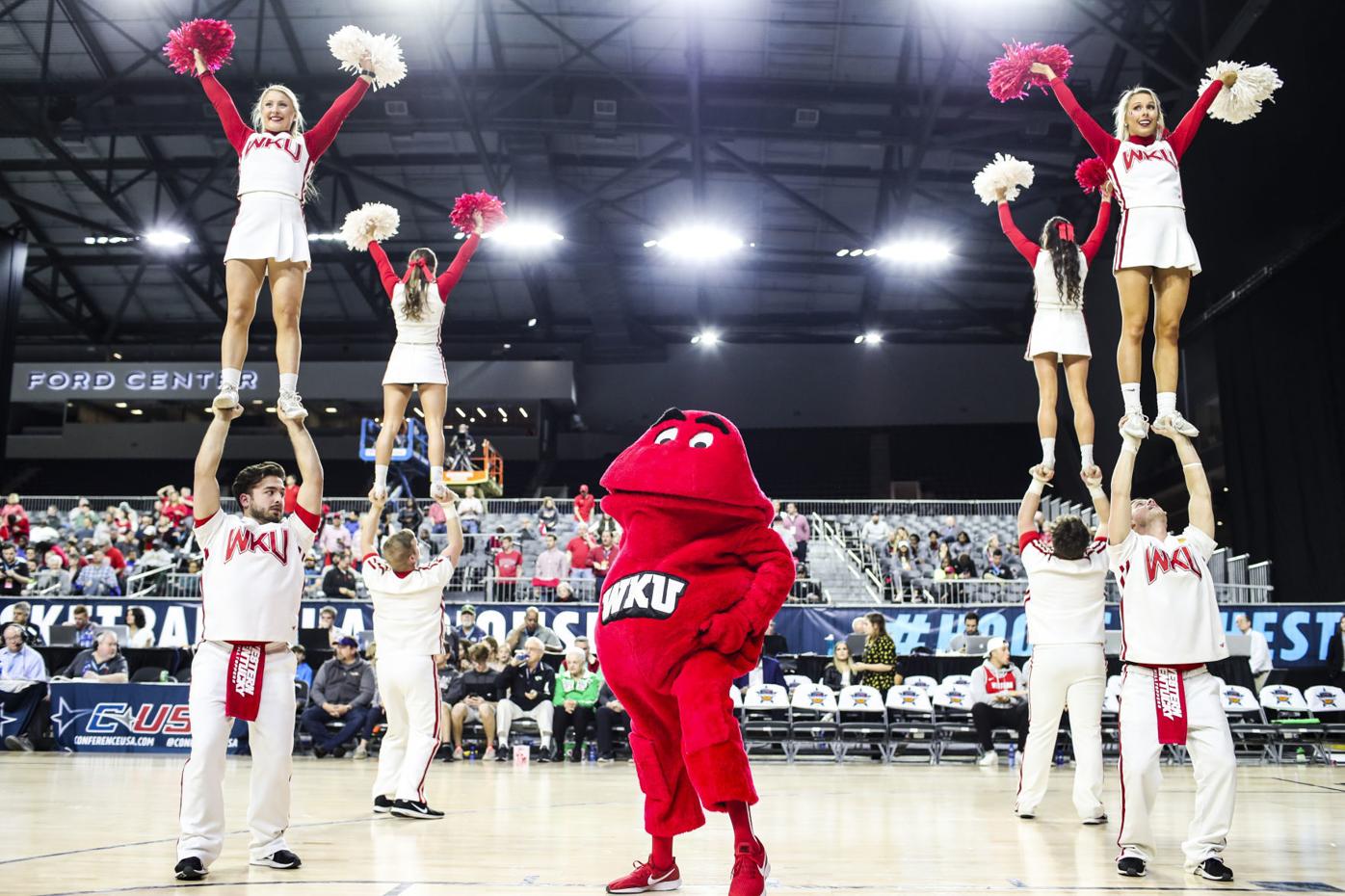 Big Red dances during WKU's 62-56 loss to Old Dominion on Saturday, March 16, 2019, at The Star in Frisco, Texas. (Austin Anthony/photo@bgdailynews.com)

Ryan Balick thought it would be a cool idea to engage social media with a bracket challenge of fan bases voting for mascots.

But within two hours of posting the bracket on Twitter, he realized he made one key omission.

“Hundreds of Western Kentucky fans really let us have it on social media for having left out Big Red,’” said Mike Mazvinsky, SiriusXM’s senior director of college sports programming.

And that’s how Big Red stole the spotlight – per usual – since Friday on Twitter. With the current absence of sports, WKU’s athletics support staff is pushing all of its competitive energy into Big Red winning the SiriusXM Mascot Bracket Challenge.

No reward is at stake beyond pride and attention for one beloved mascot; victory is only determined by votes in a Twitter poll.

Yet Big Red’s journey from non-existent to a 16-seed going UMBC-style on the defending college football national champions to now 3-0 against Southeastern Conference mascots is, to be frank, the only semblance of sport WKU has right now.

“This is some kind of competition that we can potentially win because our fan base is so strong,” said Bryan Fyalkowski, sports information director for WKU football. “I think there’s a huge care factor from the people in this (department) … and the people working for WKU care, having pride in our mascot and our athletic programs.”

Big Red’s late addition to the bracket came as a 16-seed play-in against Tony the Landshark for Ole Miss on Sunday. It earned 89 percent of the vote to reach the first round against No. 1 LSU.

Big Red edged Mike the Tiger in a close race but led wire-to-wire and won with 53 percent of the vote.

Big Red led the entire second round against No. 8 seed Auburn and won with 53 percent of the 18,551 votes. The second-highest voter turnout on Twitter was 13,935 in BYU’s win over Maryland.

But the story isn’t so much about Big Red’s validation among mascots of the Power 5 schools – it already lays claim as the inaugural inductee into Capital One’s Mascot Hall of Fame in 2012.

The important angle here is how Big Red took the bracket by storm when it was originally left out. It’s about the sense of competition in a world without sports due to the coronavirus. It’s about Big Red doing what Big Red does for one’s spirit when it makes the rounds of social media.

“It’s such an unpredictable time and there’s something surrounding something like Big Red,” WKU’s assistant athletic director of marketing Olivia Higgins said. “Big Red is joyful, happy, spirited and there’s no negative part of Big Red. Big Red’s not scared or fearful. (It) holds all the quality of the opposite of what we need right now. Those qualities are showcasing that and it’s making this unpredictable time a little better.”

Balick created the mascot bracket to cater to the SiriusXM’s five dedicated channels to the Power Five conferences (ACC, Big 12, Big 10, Pac-12, SEC). The only problem was the backlash the account instantly received for not including Big Red.

Peter Burns is a host on SiriusXM’s SEC This Morning, an ESPN SEC Network studio anchor and noted LSU fan. When the bracket was released Friday without Big Red, he tweeted “Any mascot bracket that doesn’t have the Western Kentucky Hilltoppers is (highly) questionable. PUT THEM IN A PLAY-IN MATCHUP!”

The message made its way to, um, Big Red, which then tweeted “Actually, I should be a #1 Seed.”

To be clear, the seeds and regions were selected at random. In no way is Big Red’s No. 16 seed a slight. BYU and Connecticut were also added to the list since Big 10 members Michigan, Illinois and Indiana don’t have official mascots.

“The overwhelming response from the Western Kentucky and BYU fan bases told us we needed to add a couple more play-in teams,” Mazvinsky said. “It’s been fantastic, and exactly what we hoped for when we created this. We know how passionate college sports fans are about their teams. They’re super passionate about their mascots and school traditions, too. The response from the WKU fans is just one example.”

Big Red swallowed up Tony the Landshark with 89 percent of the 2,482 votes in the play-in matchup.

Then came Monday’s Bowling Green-wide effort and beyond for the No. 16-seed to “upset” top-ranked Mike the Tiger. In the real world, University of Maryland-Baltimore County is the only 16-seed to defeat a No. 1 seed, Virginia, in an NCAA Tournament.

WKU took to all of its team Twitter accounts and called to arms every account it could to defeat Mike. WKU president Timothy Caboni, basketball junior Taveion Hollingsworth, football alum and NFL lineman Forrest Lamp, the Bowling Green Hot Rods and other local and state media members promoted the vote.

But then WKU brought out the closer.

At 8:32 p.m., the band Cage The Elephant tweeted to its 1.2 million followers “Go vote for Big Red @WKUSports Plllllleeeeaaase and Thaaaanks!”

“I think what made a big difference last night was the community people,” WKU’s associate athletic director for communications Zach Greenwell said. “We were able to get a lot of people. … I think the biggest reason for that was the late community push.”

The content featured Big Red dancing on the Diddle Arena floor to “Get The Gat,” which mimicked a similar video LSU’s football team produced after winning the College Football Playoff national championship in January.

“I saw it all unfolding on Twitter,” WKU creative content producer Logan Fry said. “I had been shooting around on campus for some different projects and just got thrown into a text and just got home. They said we’re going to need you to come back to campus. Any time I know we all get thrown in together it’s going to be a good idea.”

“We were brainstorming of ways we could make it our own and make it fun,” WKU baseball SID Matt Keenan said. “We’ll continue to keep doing that.”

Big Red held the lead the entire way against Auburn in the second round and will now face No. 13 Georgia Tech in the Sweet 16. Voting starts at 11 a.m. Wednesday morning on the account @SXMCollege.

“I legitimately felt like I feel when we work a big game,” Greenwell said. “Not being able to calm down with adrenaline, not sleep and stuff like we won a big basketball game. I legitimately felt the same way. Such a therapeutic way to get out competitiveness. It’s that way for fans, too. Just winning something.”{&end}

WKU softball hopes early success of 2020 can carry over

Kelsey Aikey believes the culture is what set Western Kentucky softball’s trajectory to a remarkable 2020.