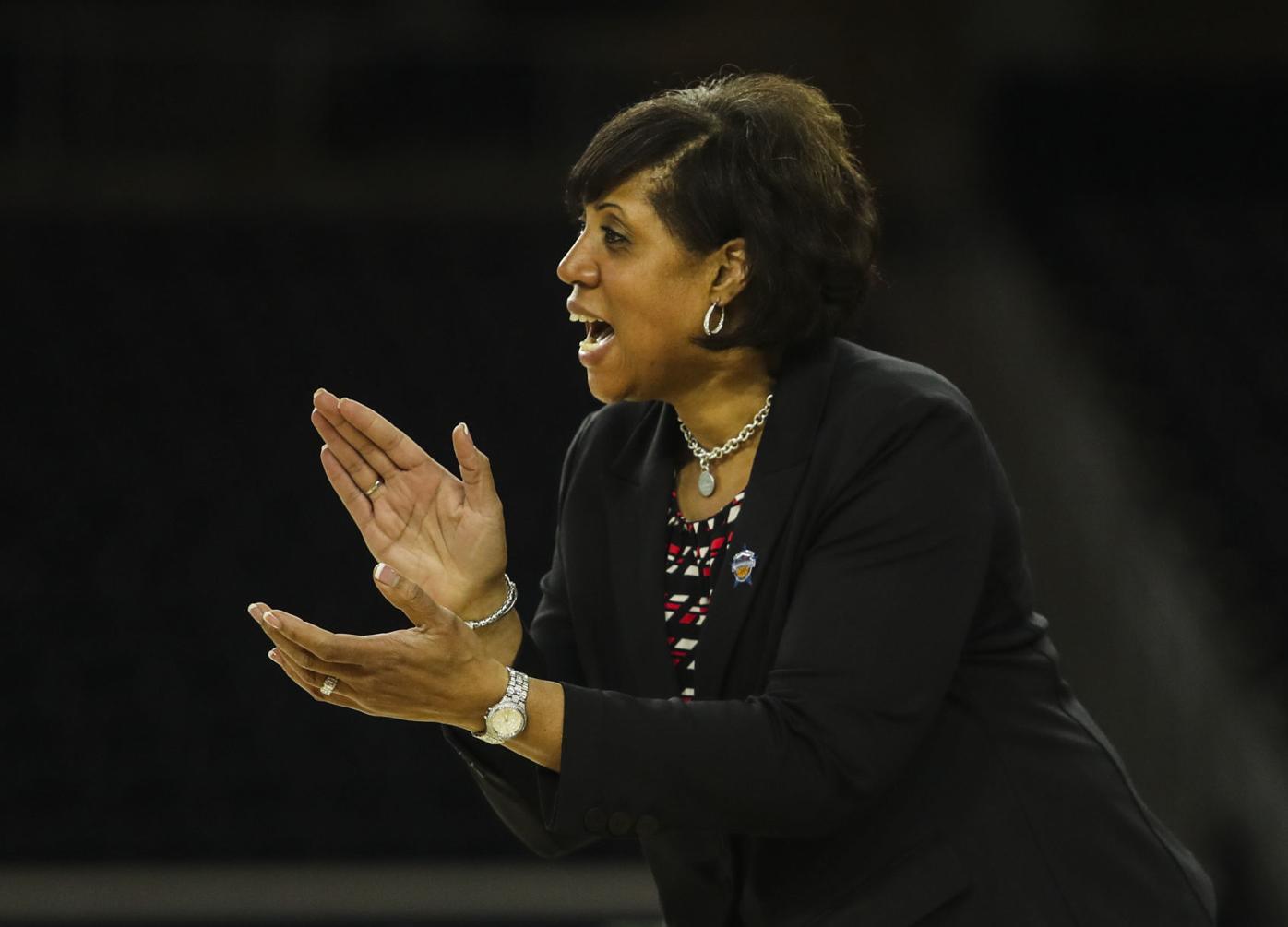 Western Kentucky Lady Toppers head coach Michelle Clark-Heard cheers on her players during WKU’s 78-50 win over UTSA on Thursday, March 8, 2018, at The Ford Center at The Star. (Austin Anthony / photo@bgdailynews.com) 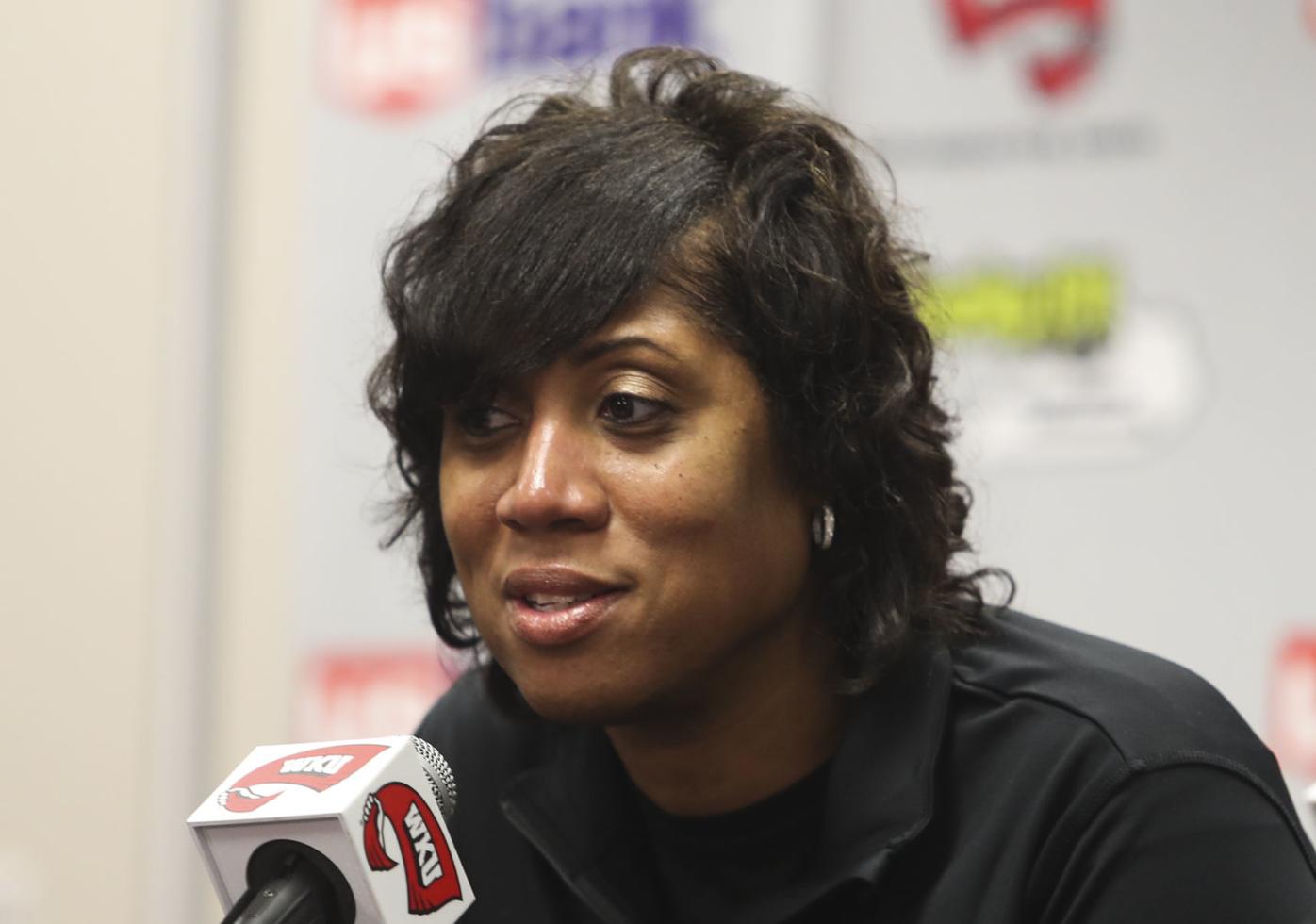 Western Kentucky Lady Toppers head coach Michelle Clark-Heard cheers on her players during WKU’s 78-50 win over UTSA on Thursday, March 8, 2018, at The Ford Center at The Star. (Austin Anthony / photo@bgdailynews.com)

The Daily News learned through sources with knowledge of the situation that the WKU women’s basketball coach has accepted the head coaching position at the University of Cincinnati, leaving her alma mater after six seasons.

Heard coached the Lady Toppers to four NCAA Tournament appearances with a 154-48 record at WKU.

A source told the Daily News that Heard met with WKU team members Tuesday to inform them of her decision.

Heard interviewed with UC administrators Monday and accepted the job Tuesday morning. Multiple sources told the Daily News her contract at Cincinnati will be an estimated six-year deal with a $400,000 annual base salary, which doubles her $200,000 base salary at WKU.

Heard will take over a Cincinnati program competing in the American Athletic Conference against women’s national powerhouse UConn and the likes of South Florida, UCF and Houston.

She was an assistant with the Bearcats from 2002-05 and made two NCAA Tournament first-round appearances.

The Daily News confirmed Monday night that Heard interviewed over the weekend for the same position at the University of Mississippi and was on campus at Cincinnati on Monday. Heard’s connection to Ole Miss stems through athletic director Ross Bjork, who was WKU’s AD when Heard interviewed for the WKU job in 2012.

Heard did not respond to messages from the Daily News seeking further comment. Stewart, who is in New York with the men’s basketball team at the National Invitation Tournament, declined to comment Monday night.

Sources told the Daily News that WKU’s current budget situation was “very concerning” moving forward for Heard. The university is currently addressing a $15 million budget shortfall, $1 million of which is being cut from the athletics department.

The university last week announced cuts of 119 full-time budgeted positions, one of which was the women’s basketball director of operations position held by Ervin Williams the last five seasons.

By leaving WKU, Heard will have to pay the university $250,000 over a six-month period, per a contract extension she signed last April that rolls through 2021.

Heard replaces Jamelle Elliott, who was fired at UC after nine seasons as coach with a 113-162 record. Cincinnati went 19-13 this season, its best record since 2002-03, and a 10-6 mark in the AAC. The Bearcats lost to Michigan State in the WNIT first round.

A Lady Topper forward from 1987-90 under legendary coach Paul Sanderford, Heard participated in the NCAA Tournament all four years of her playing career. Heard is the second-fastest coach – only to Sanderford – to reach 150 wins in 195 games since taking over prior to the 2012-13 season. Sanderford reached the mark in 194 games.

Heard leaves a WKU program she revitalized into a mid-major power.

When the Louisville native took over her alma mater in 2012, the Lady Toppers were coming off a nine-win season under Mary Taylor Cowles.

Heard coached WKU to a Sun Belt Conference Tournament championship in 2014 and its first NCAA Tournament appearance since 2008. Since then, WKU is 0-4 in the NCAA Tournament with first-round losses to Baylor, Texas, Ohio State and a 24-point loss to Oregon State on March 16 in Knoxville, Tenn.

Western Kentucky's Michelle Clark-Heard could be seeking a new job.