Wind Advisory from 5AM CST SAT until 12PM CST SAT 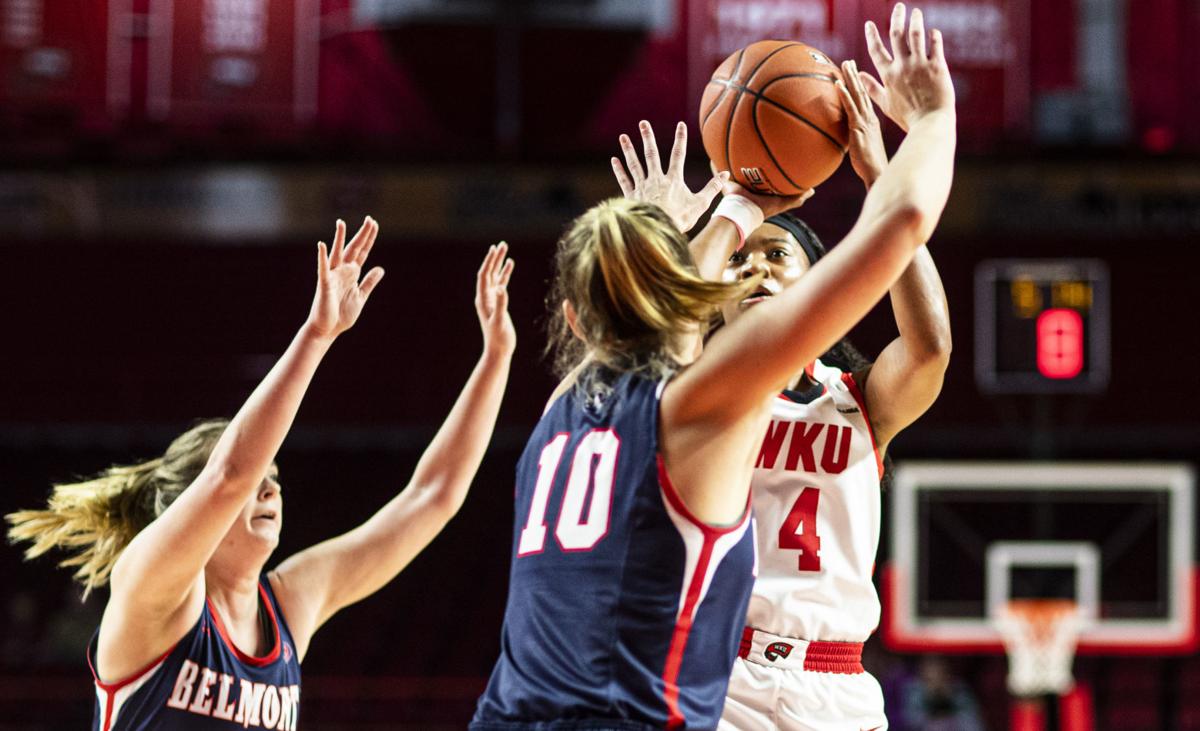 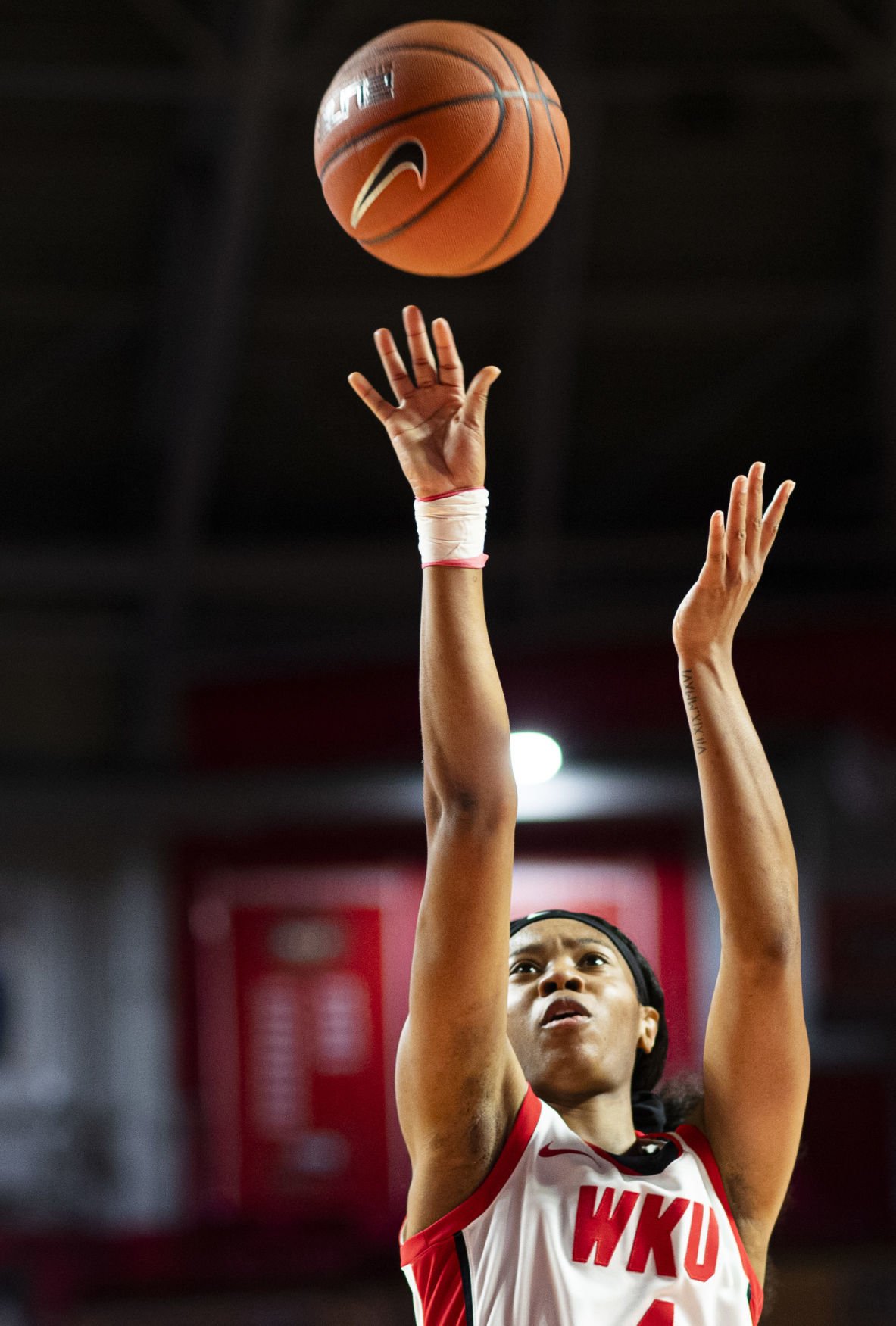 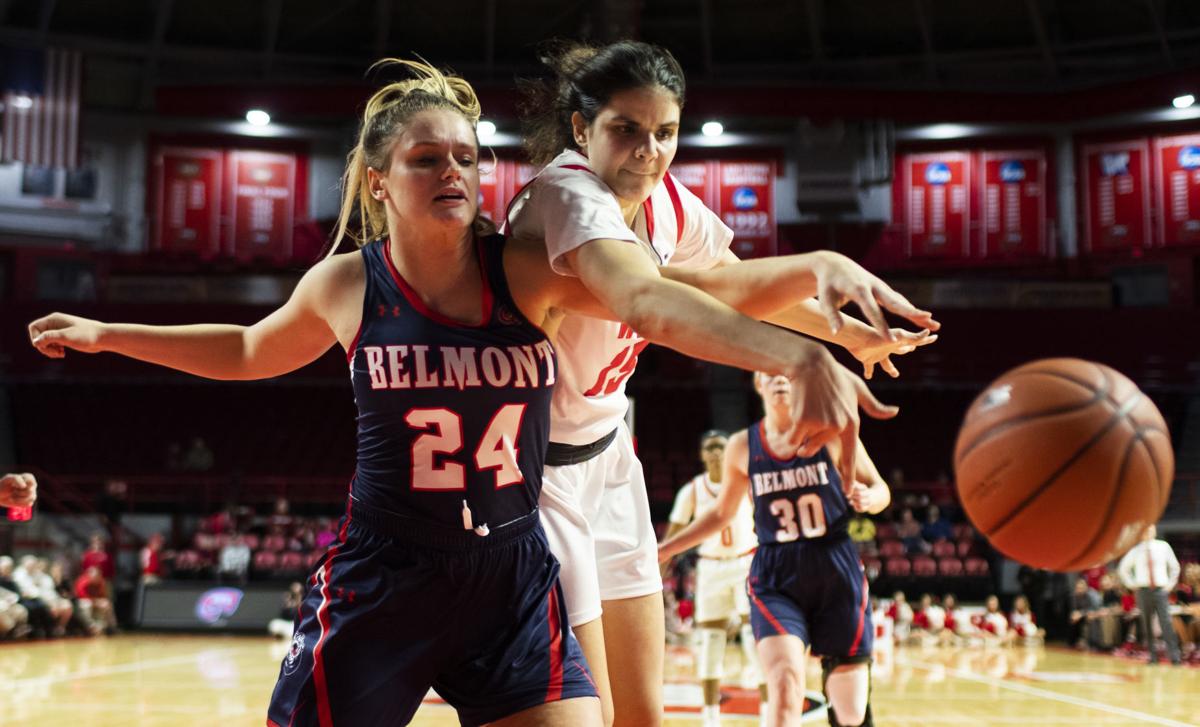 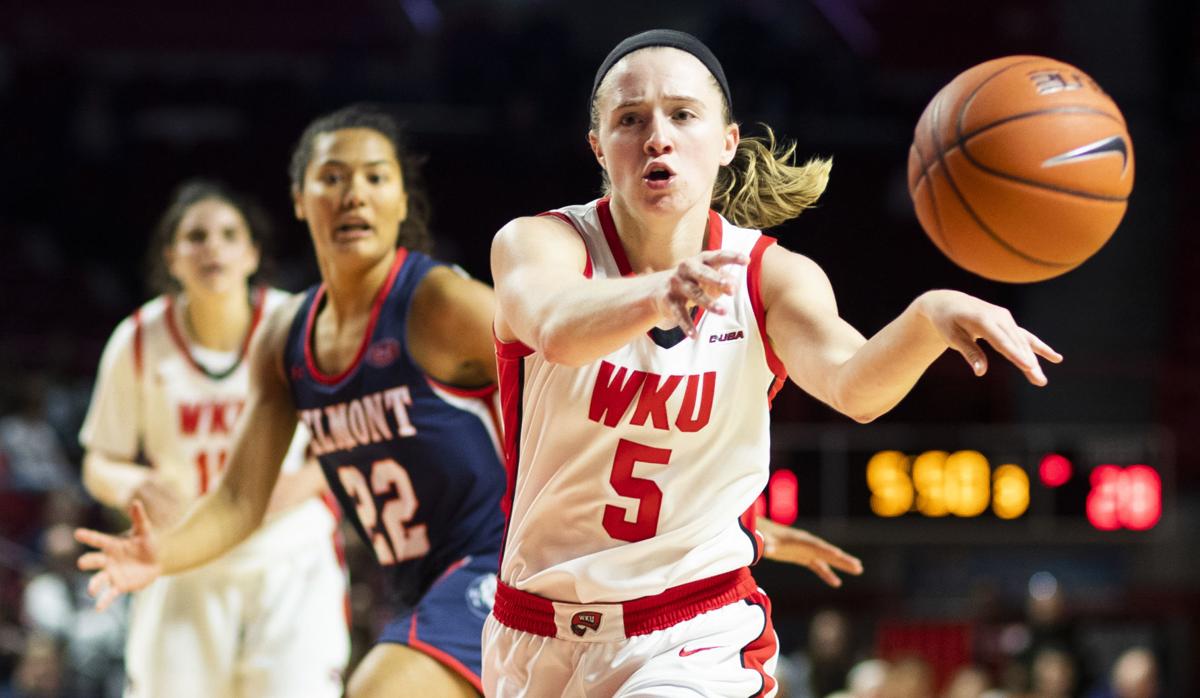 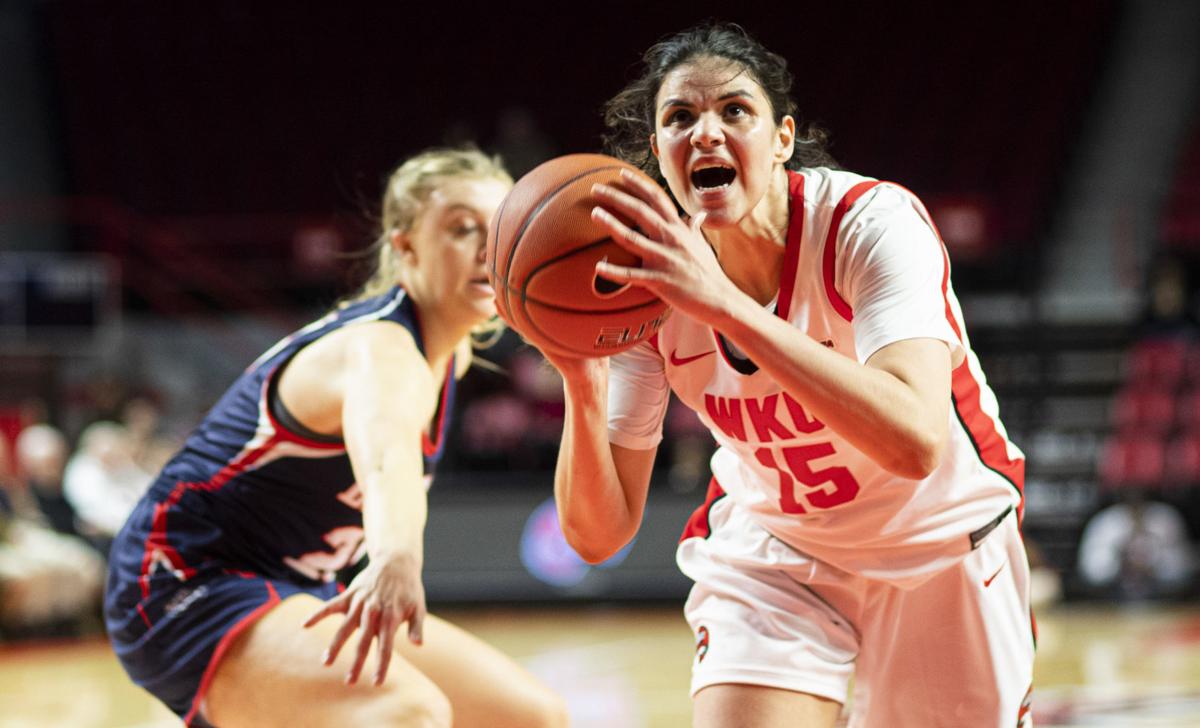 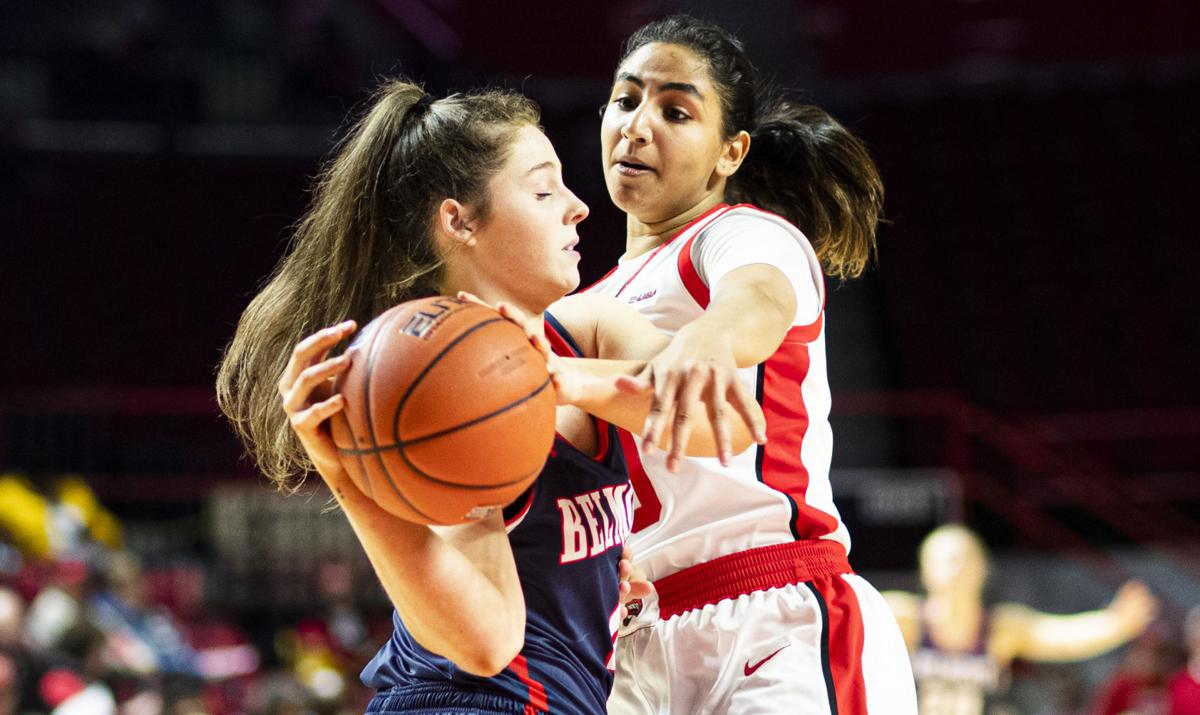 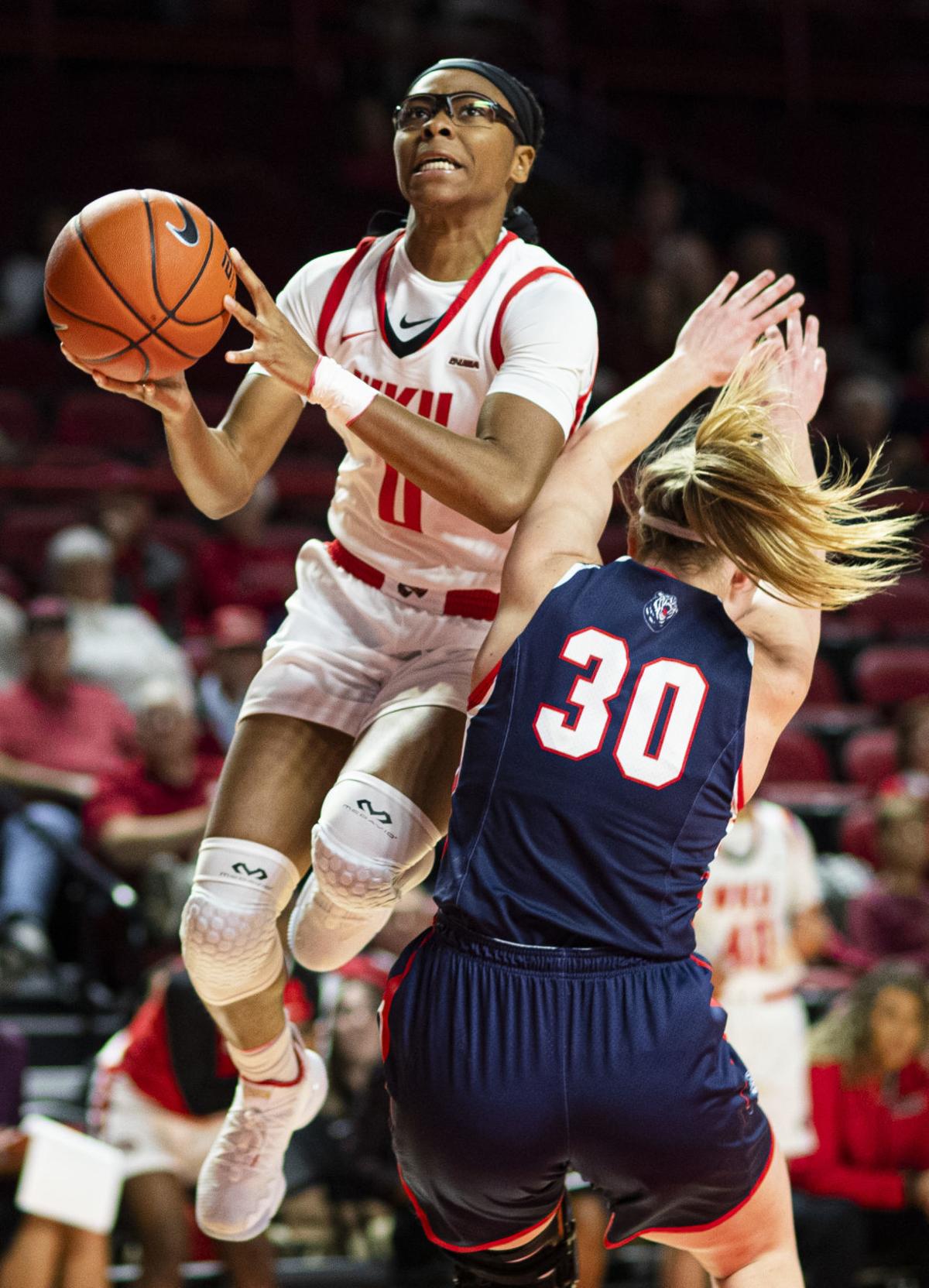 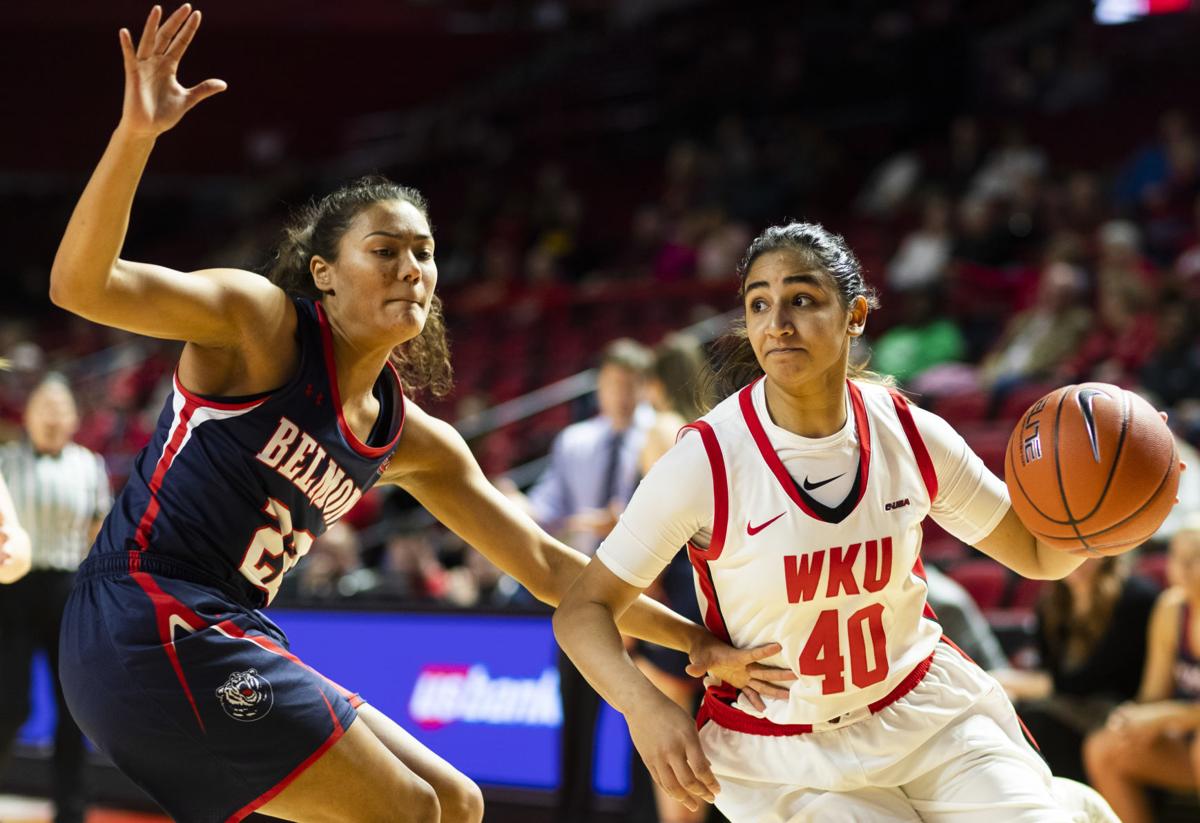 The turnovers. The 3-point defense. The shooting percentage.

The aspects of the game that had hurt the Western Kentucky women’s basketball team in its first two games, as well as an exhibition win over Kentucky Wesleyan, came together in the Lady Toppers’ home opener Wednesday.

WKU turned the ball over only two times in the first half, held Belmont to two 3-pointers and knocked down over 40 percent of its own shots from beyond the arc to beat the Bruins 77-46 in a game it never trailed at E.A. Diddle Arena.

“It felt really good. After that Kentucky Wesleyan game, (WKU coach Greg Collins) was very upset with our defense. We had some punishments and it paid off,” senior Whitney Creech said. “We really were aggressive from the get-go, we were denying passes, boxing out, so I was really proud of how we turned our defensive performance around.”

In an exhibition win over Kentucky Wesleyan and a season-opening loss at No. 9 Louisville, WKU (2-1) gave up a combined 20 3-pointers. It was followed by a defensive performance in a win at Mercer on Friday where the Lady Toppers gave up only 1-of-6 shots from beyond the arc. On Wednesday, they allowed a Bruins (2-1) team that had made 41.3 percent of its 46 3-pointers attempted to go just 2-of-15 from 3-point range, with both makes coming in the second quarter.

“It’s amazing what flipping tractor tires and sprints will get your attention to (do) to get you after those 3-point shots,” Collins said. “I was proud. Our game plan was to make sure they beat us at twos and not with threes. If they were going to beat us, they were going to have to get off that 3-point line.”

On the other side, the Lady Toppers started the scoring with a 3-pointer from Sherry Porter to take a lead 39 seconds into the game – one WKU held for the remainder. It was the only 3-pointer the team made in the opening quarter, but WKU still outscored Belmont 22-8 in the frame.

Dee Givens, who had scored below her season average from a year ago in each of her first two games this season – including going scoreless off the bench in the first half against Louisville – started the second with her first of five 3-pointers on the way to a 24-point night. She was one of four Lady Toppers to score in double figures, followed by Creech with 15 points, Porter with 12 and Raneem Elgedawy with 11.

“It always feels good to get two straight wins,” Givens said. “The two teams that we just played, they went to the NCAA Tournament, and that’s where we want to be. It feels good and I just think it just helps with the team’s confidence.”

Belmont went on a 9-0 run to cut WKU’s lead to nine when preseason OVC Player of the Year Ellie Harmeyer made a layup, forcing Collins to call a timeout with 5:32 remaining until halftime.

After each team turned it over, Creech ended the run with a 3-pointer. It was followed by back-to-back makes from beyond the arc from Givens to put WKU back up 38-20. The Lady Toppers shot 40.9 percent (9-of-22) from 3-point range in the game, after shooting just 33.3 percent (19-of-57) from the field against Louisville and going 4-of-13 from three in the first three quarters against Mercer.

WKU turned the ball over only two times in the first half after turning it over 25 times total against Mercer and took a 40-26 lead into halftime Wednesday. The Lady Toppers finished with eight turnovers to the Bruins’ 24, scoring 27 of their 77 points off those turnovers.

“Any road win on a team as strong and well-coached as Mercer is, that’s a great win, so I don’t want to discount the win, but I was so mad about the turnovers,” Collins said. “If we had that many turnovers tonight I was going to make everybody, including the coaches, carry a ball every place they went.”

Then the defense shut the door.

WKU outscored Belmont 37-20 in the second half, growing the lead to as many as 37 with a second-chance layup from Fatou Pouye with 2:23 to play. The Lady Toppers didn’t allow Belmont to score in the fourth until the 6:05 mark when Harmeyer made a free throw. Harmeyer was the only Bruin to score in double figures, finishing with 19 points.

The Lady Toppers’ defense held Belmont without a field goal for over a quarter. Cam Browning’s layup with 4:41 to go in the third was the last for the Bruins until Allison Luly’s layup with 4:36 to play. By then, WKU held a 71-39 lead.

Western Kentucky will continue its three-game homestand Sunday in a 2 p.m. game against Central Michigan.{&end}