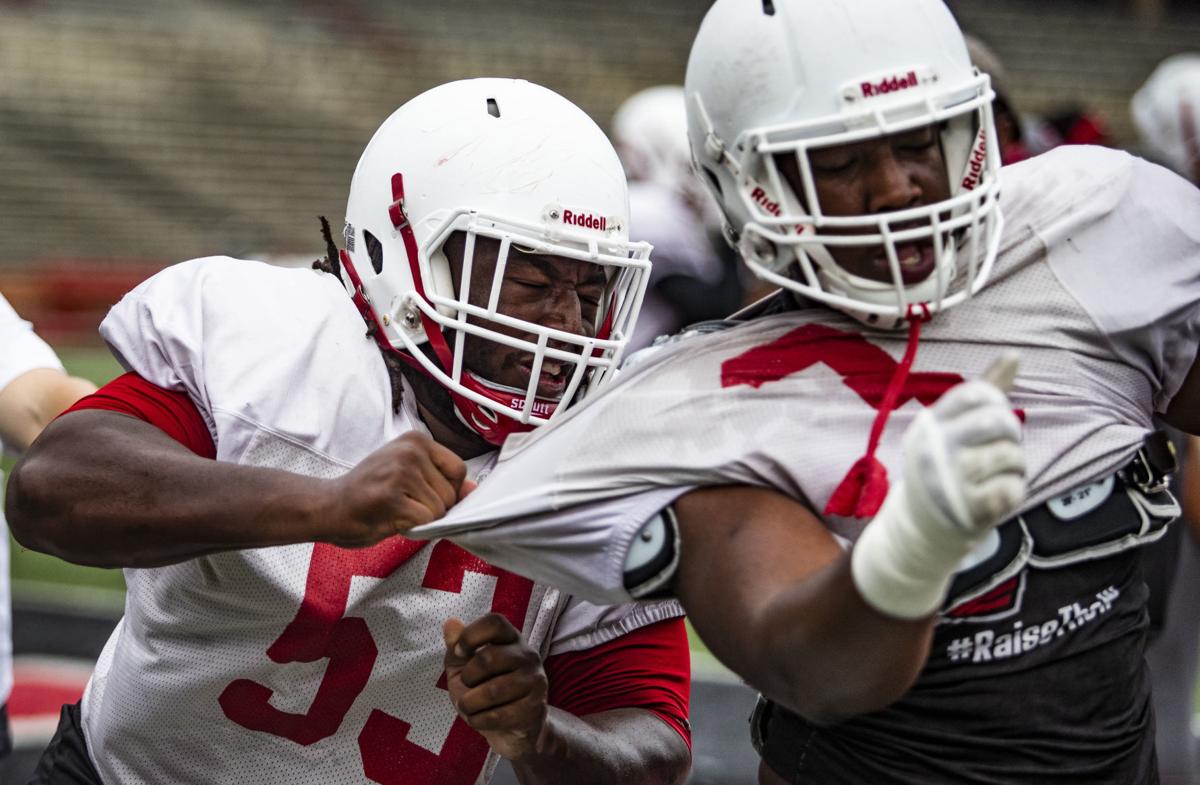 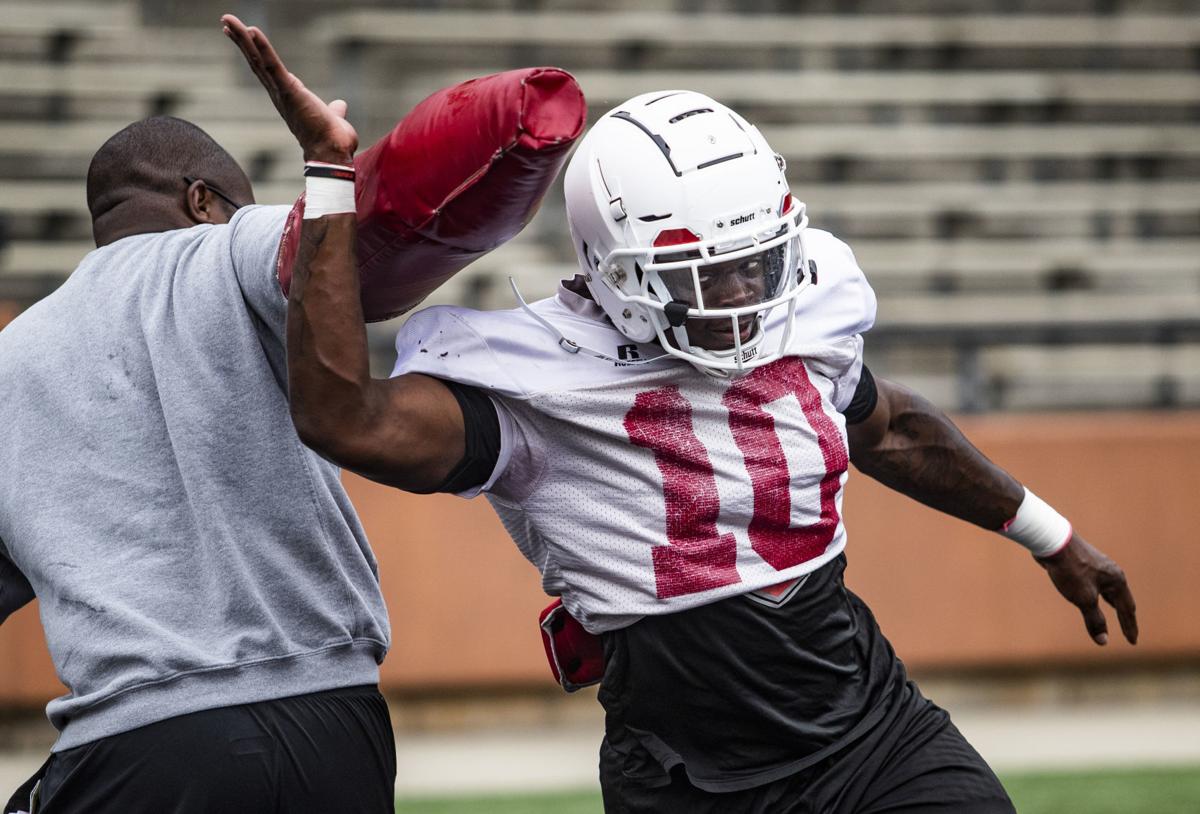 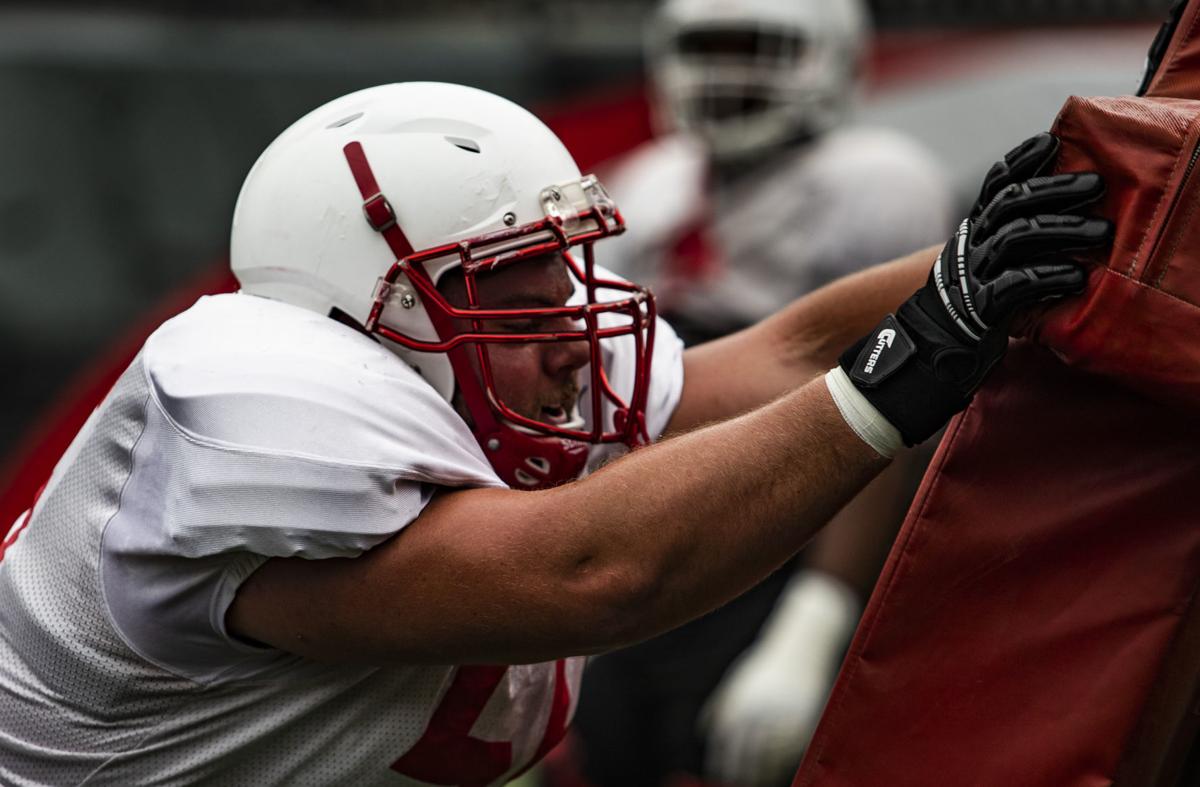 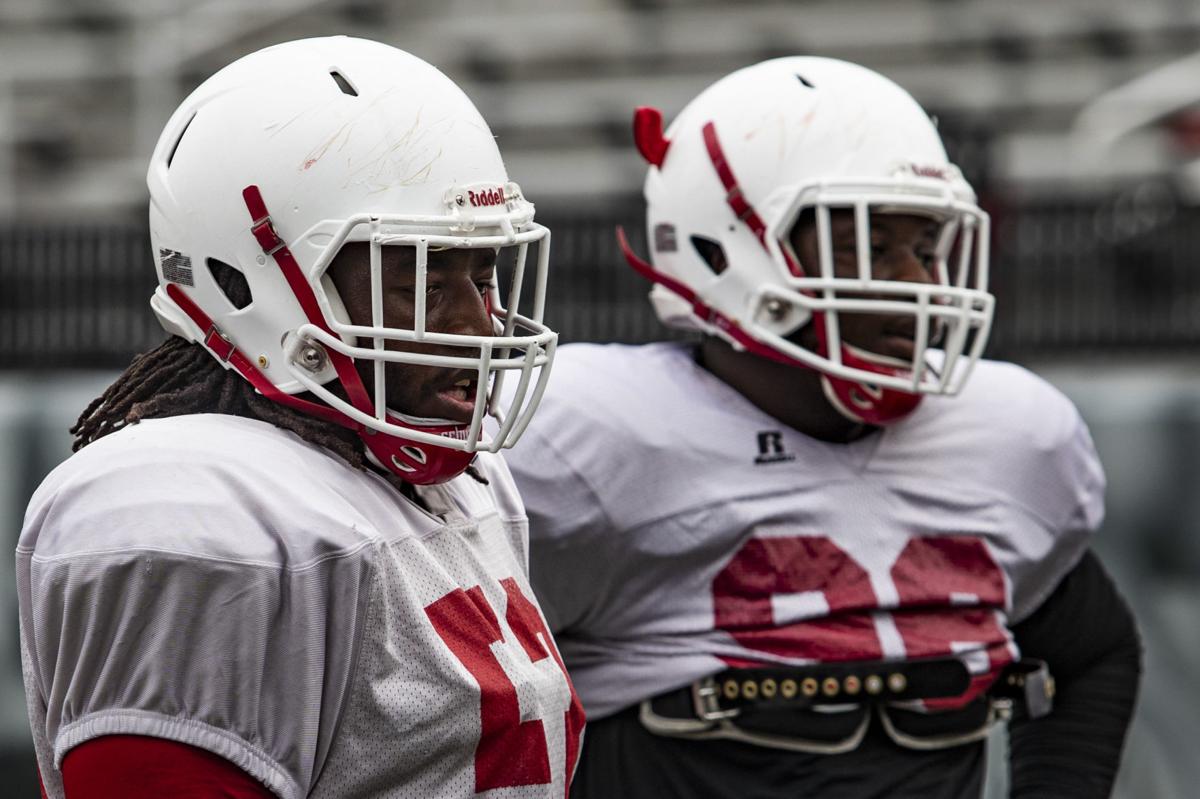 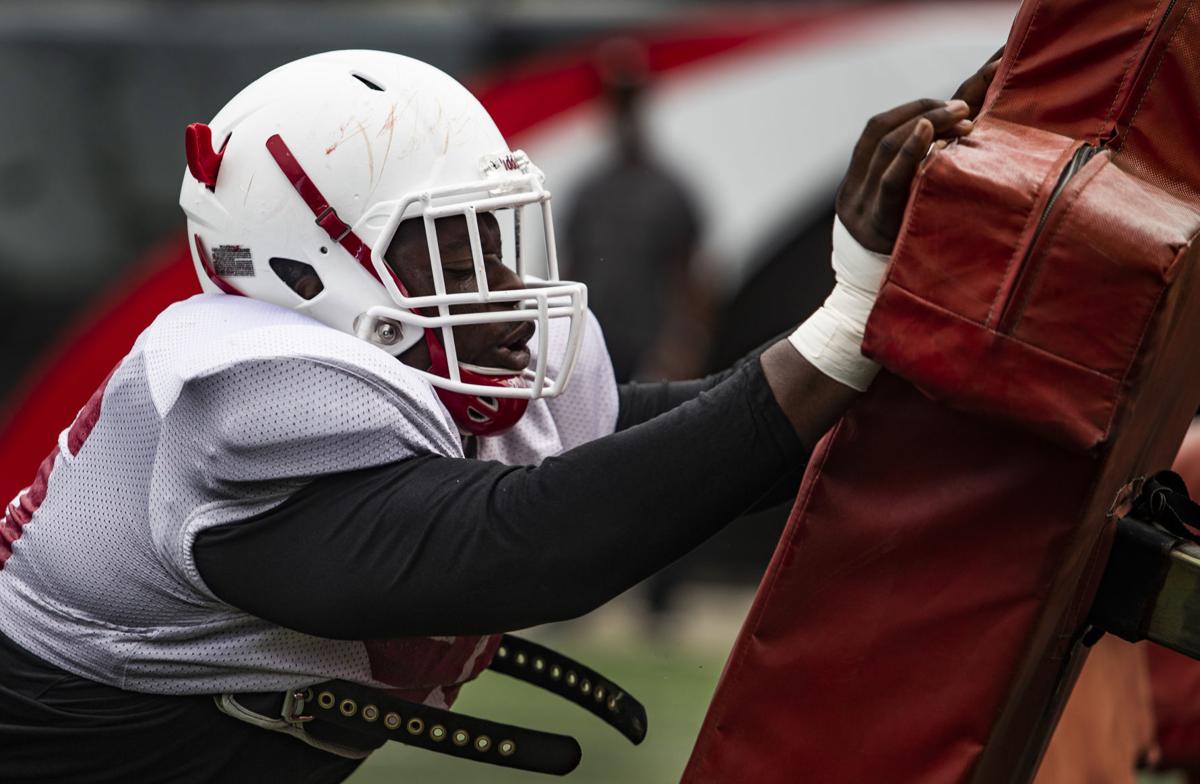 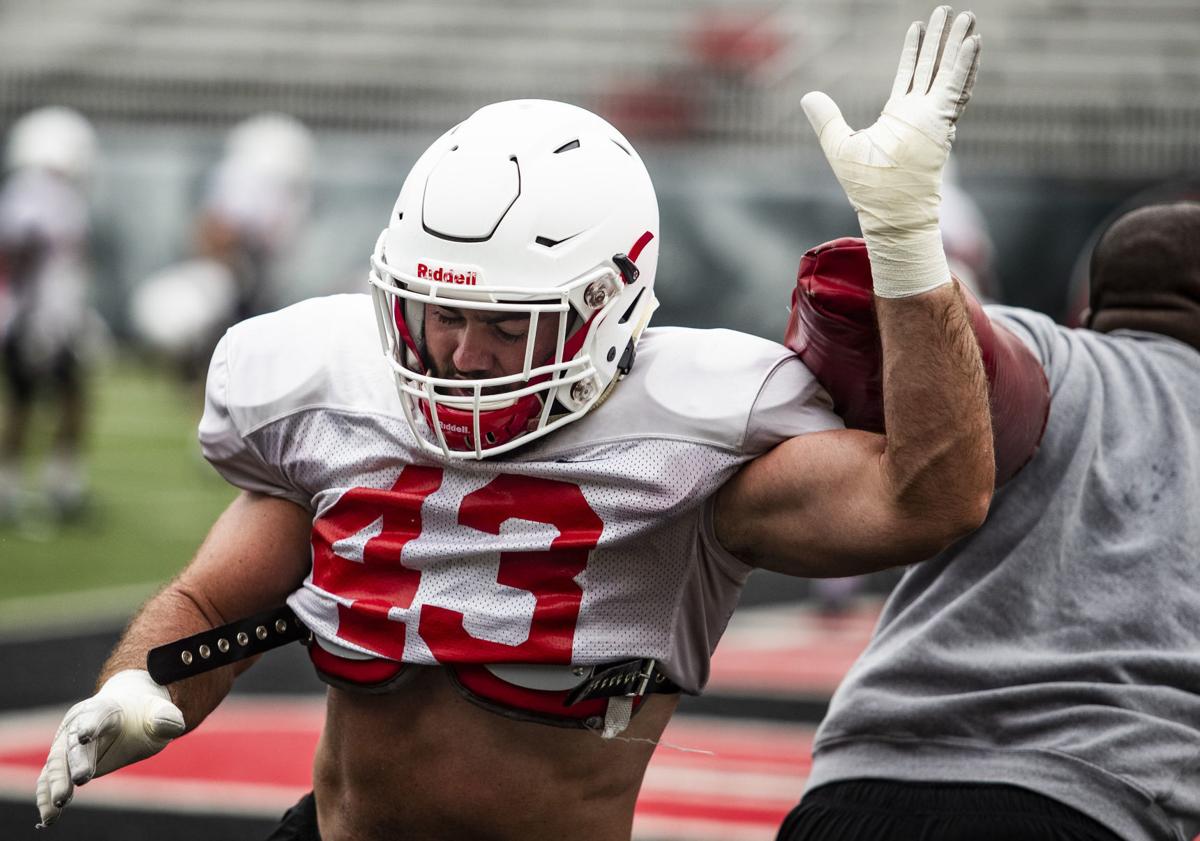 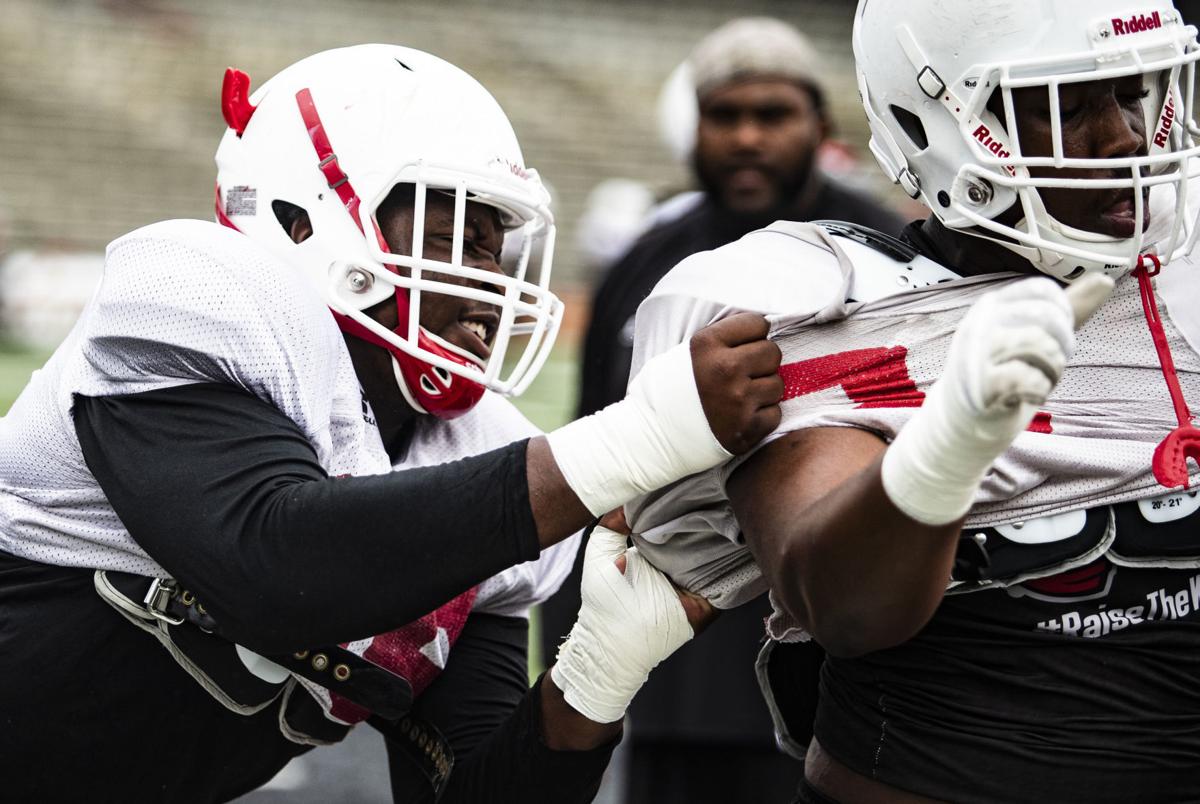 Western Kentucky got to the quarterback fewer times than almost any other FBS team in 2017. Julien Lewis knew that needed to change this season.

“Pass rush has been our main priority this year,” the defensive tackle Lewis told the Daily News on Wednesday. “We want to improve from last year. Every day we work on it.”

The Hilltoppers are off to a good start in that category. The WKU defense sacked Wisconsin quarterback Alex Hornibrook three times Friday, albeit in a 34-3 loss to the Badgers.

The three sacks in one game amounted to a quarter of the Toppers’ total from last season. WKU posted 12 sacks over 13 contests in 2017, which ranked No. 123 of 130 FBS teams.

Defensive coordinator Clayton White wants to see that opening-game success continue the rest of the season. Next up for the Hilltoppers is their home opener Saturday against FCS program Maine at Houchens-Smith Stadium (6:30 p.m., ESPN+).

“Our guys need to see that success, getting into the backfield,” White said. “For linebackers and defensive tackles to get sacks, that’s what you dream of as a defensive player. It was just fun to see those guys get into the backfield on national TV and showcase their talents.

WKU’s pass rush, especially along the defensive line, has the benefit of improved depth as compared to last season.

By this time last year, D-ends Tanner Reeves and Carson Jordan were unavailable because of a dismissal and a season-ending injury, respectively.

D-tackles Jalen Madden and Evan Sayner both suffered season-ending injuries by mid-October. Linebacker Demetrius Cain, who’d been moved down to defensive end in pass rush situations, was lost for the year in November with another injury.

Injuries haven’t affected the Toppers’ defensive front so far this season. Jordan and Sayner are back healthy and started Friday on the D-line alongside Darvin and defensive end DeAngelo Malone.

“Obviously it’s great when you have numbers because you can rotate and keep guys fresh,” Lindsey said. “ ... It’s a good problem to have right now.”

The redshirt sophomore Darvin started for the first time in his career and picked up his first career sack.

“Last year we were pretty far back there in the nation as far as interior sacks,” the Nashville native Darvin said. “This summer and spring, (defensive tackles coach Kenny) Martin and us, we took pride in it ourselves, really trying to get to the quarterback this year.

“It showed a little bit, but we still want more.”

As WKU’s defensive line gets a push toward the passer, the redshirt senior Lewis said that can open opportunities for other defenders to come in and make plays.

“If we don’t get pressure, that gives the QB a lot of time to sit in the pocket and pick our defense apart,” the Madison, Ala., native Lewis said. “With the D-line getting pressure up front, it gives linebackers a chance to be able to cover and blitz if they want to, lets the DBs cover their guys for a good amount of time.

“It keeps the QB flustered so he can’t see all his targets. He has to start looking for check-downs. Hopefully he gets flushed out of the pocket and we can sack him.”{&end}

VIDEO: WKU DEs coach Jimmy Lindsey on the D-line's start to the season