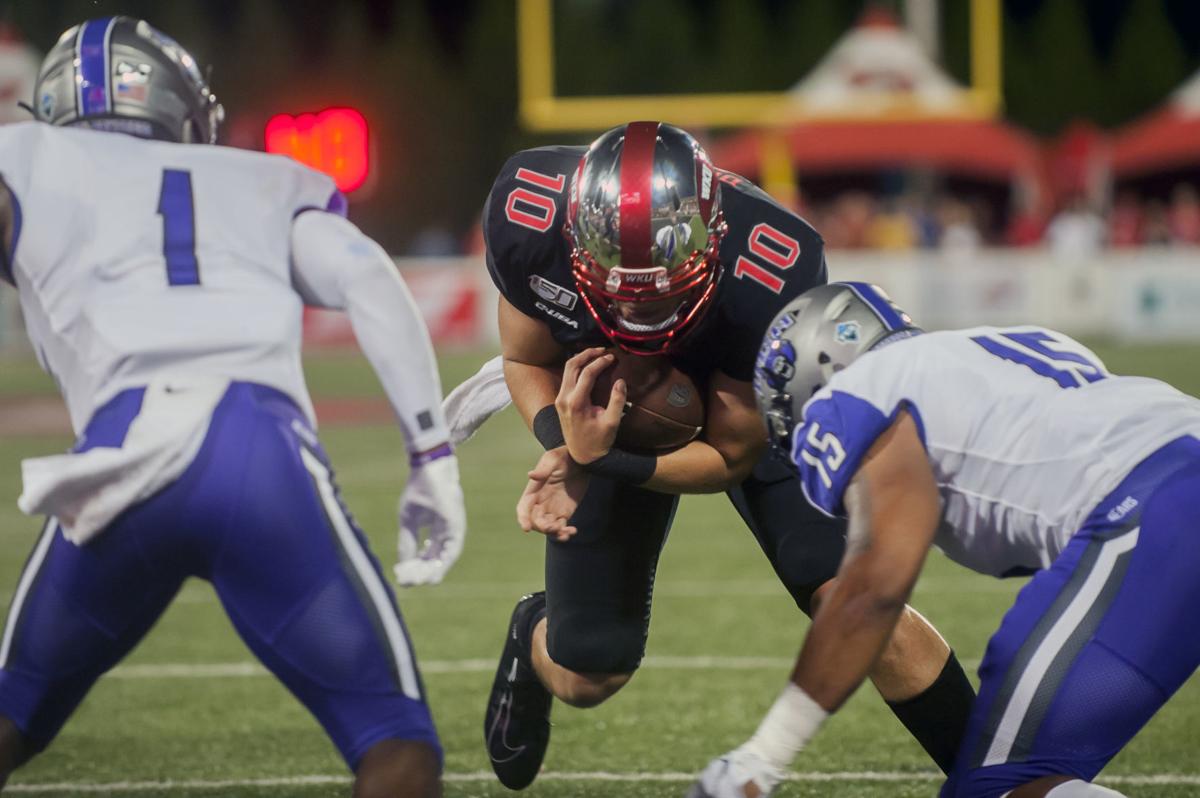 Western Kentucky quarterback Steven Duncan runs in for a touchdown against Central Arkansas linebacker TJ Campbell (right) and defensive back Trai Mosley on Thursday during WKU’s 35-28 loss at Houchens-Smith Stadium. 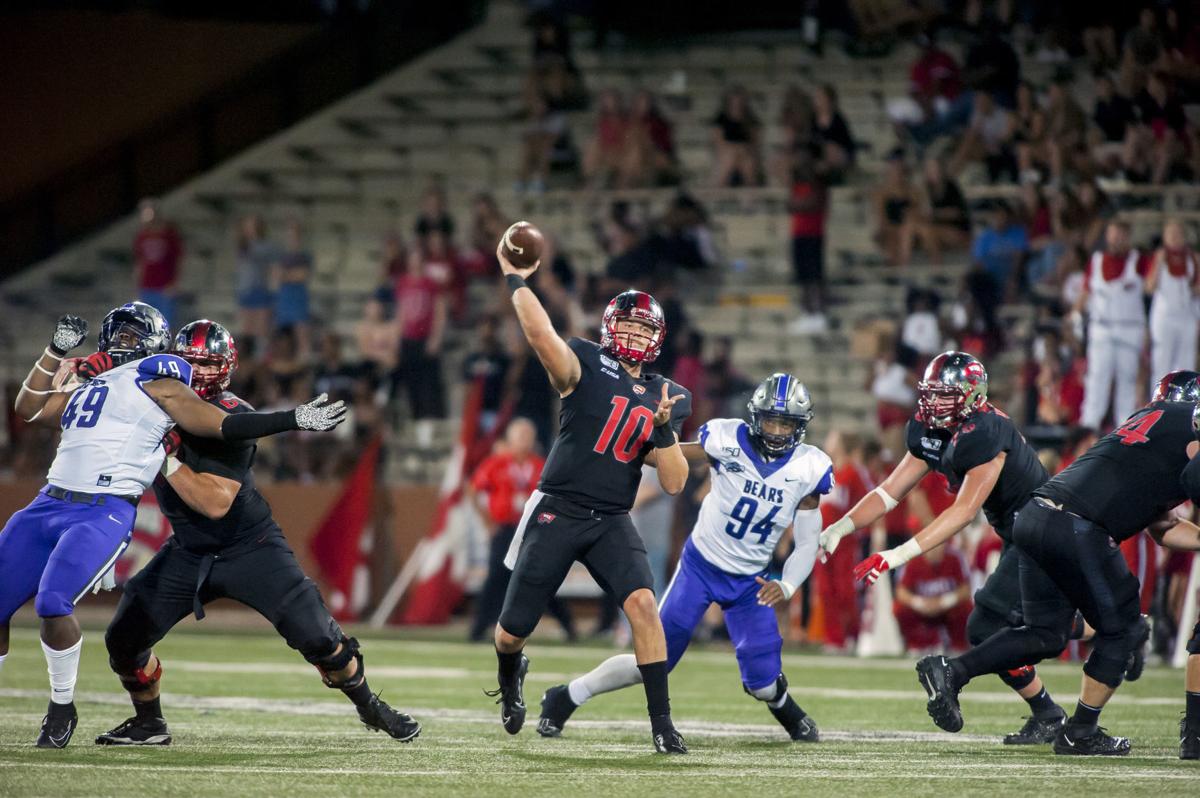 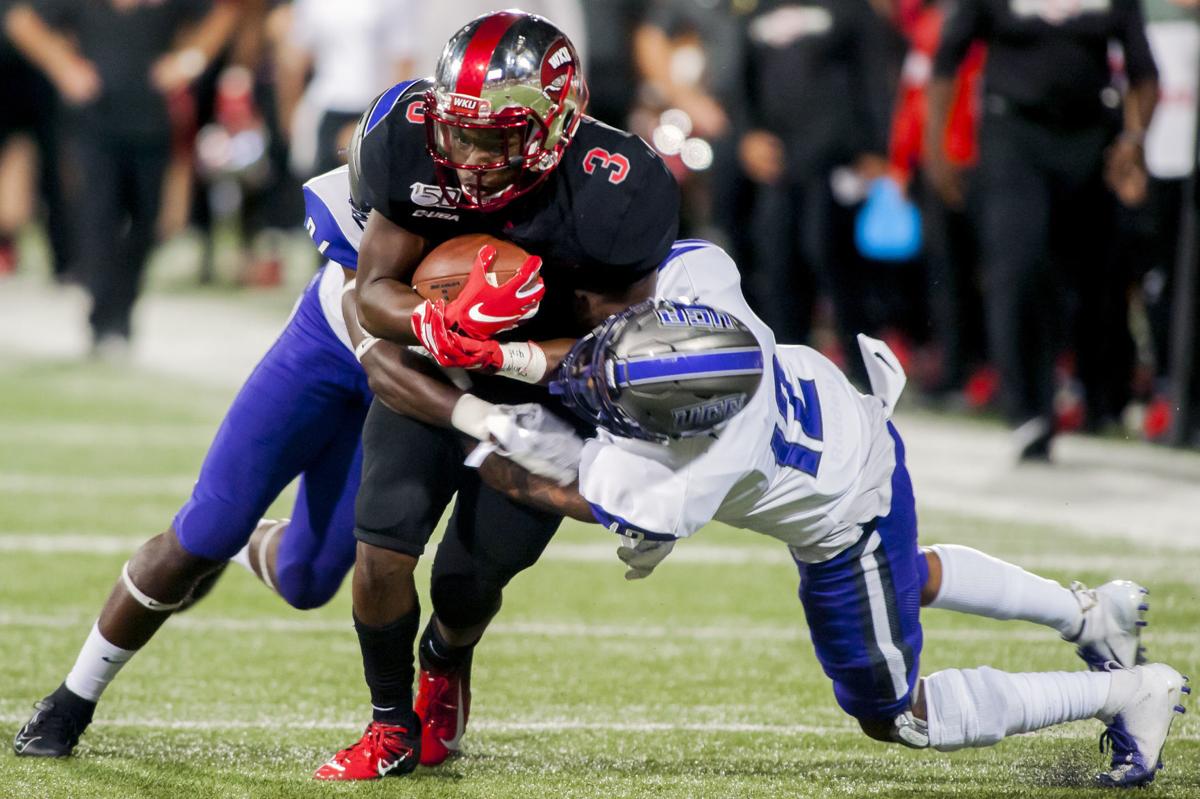 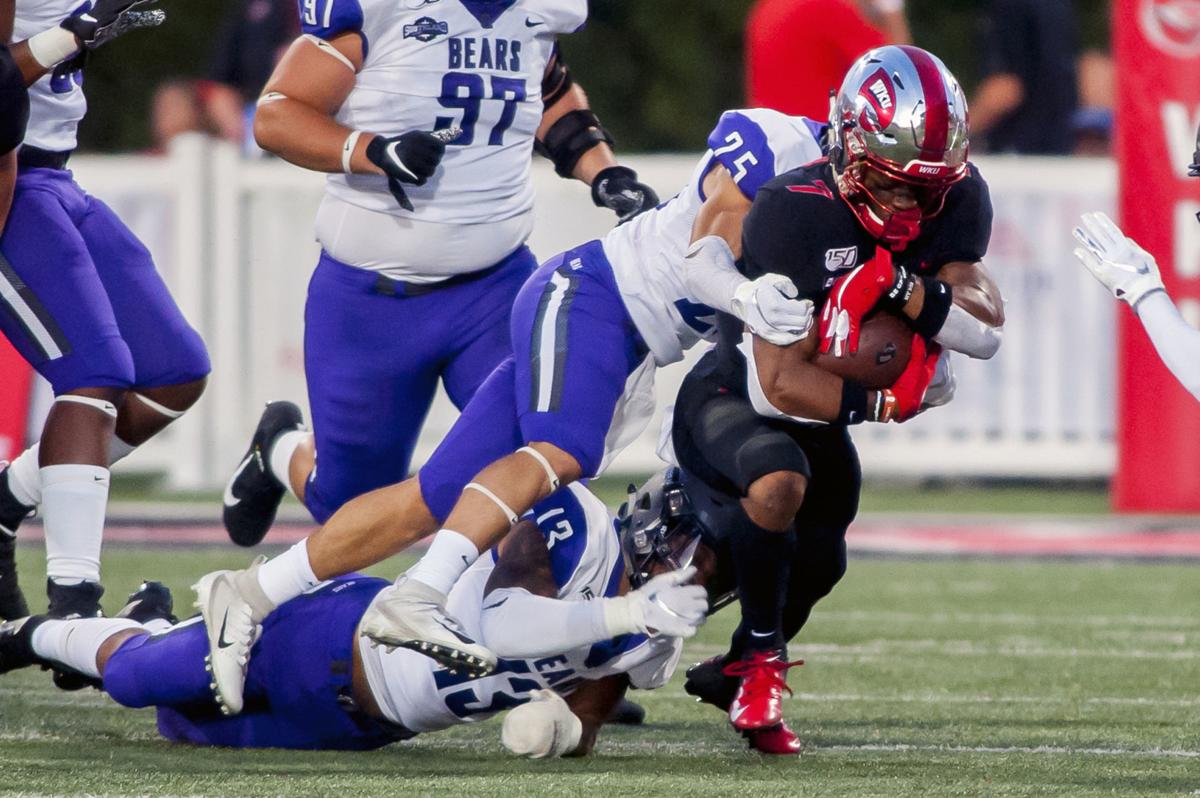 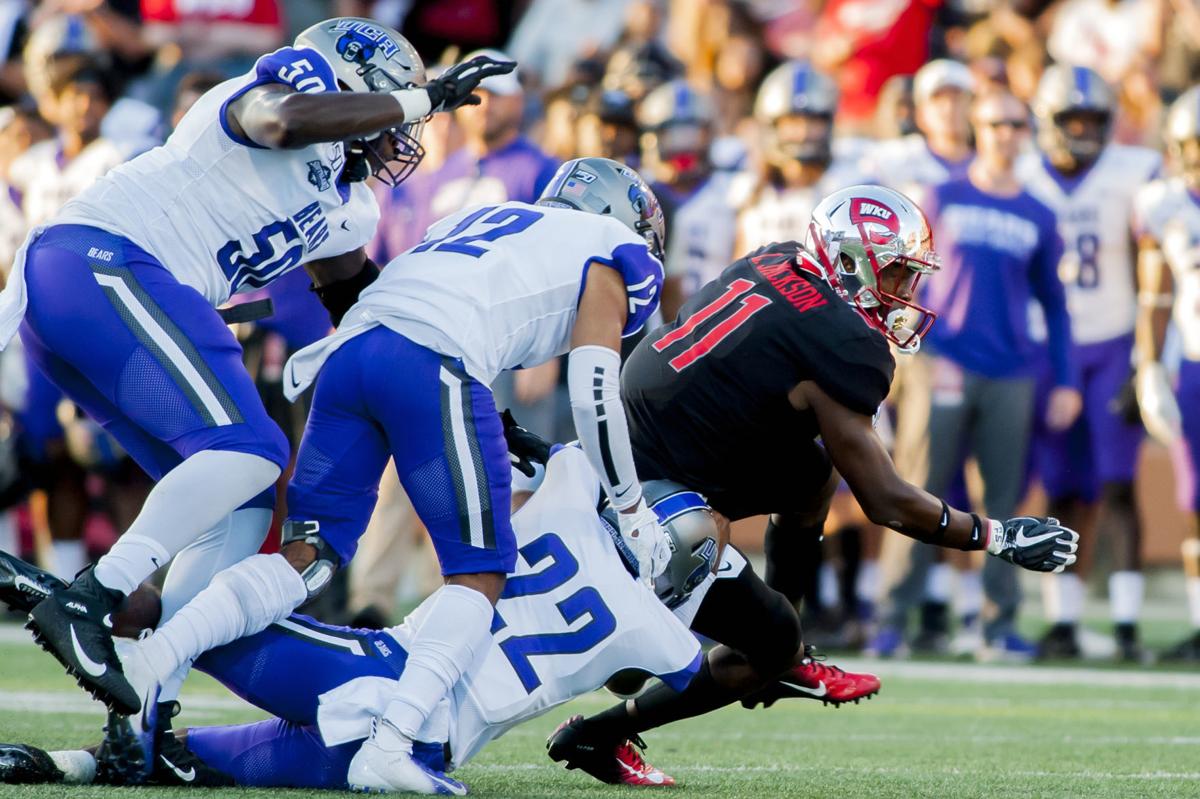 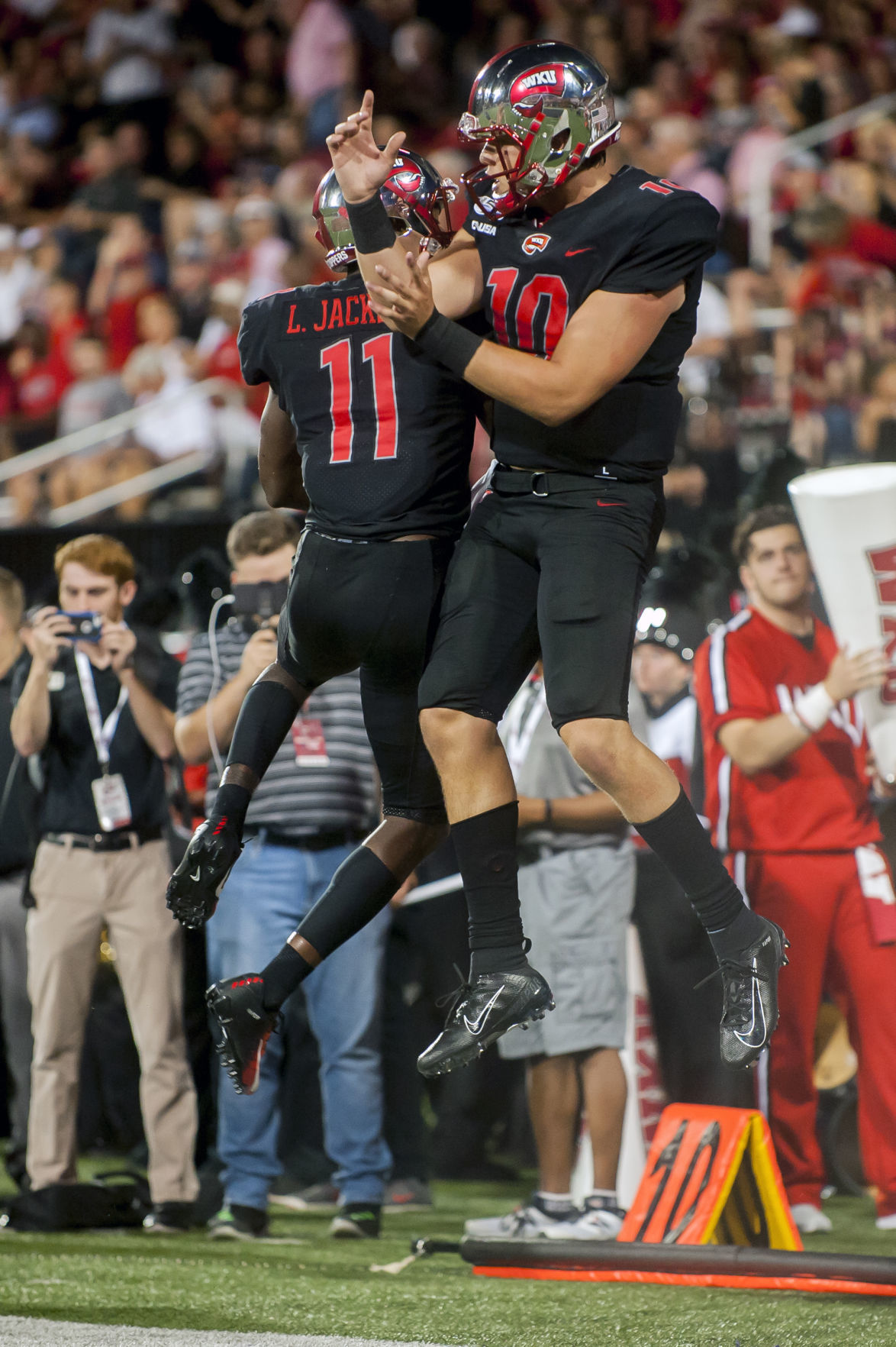 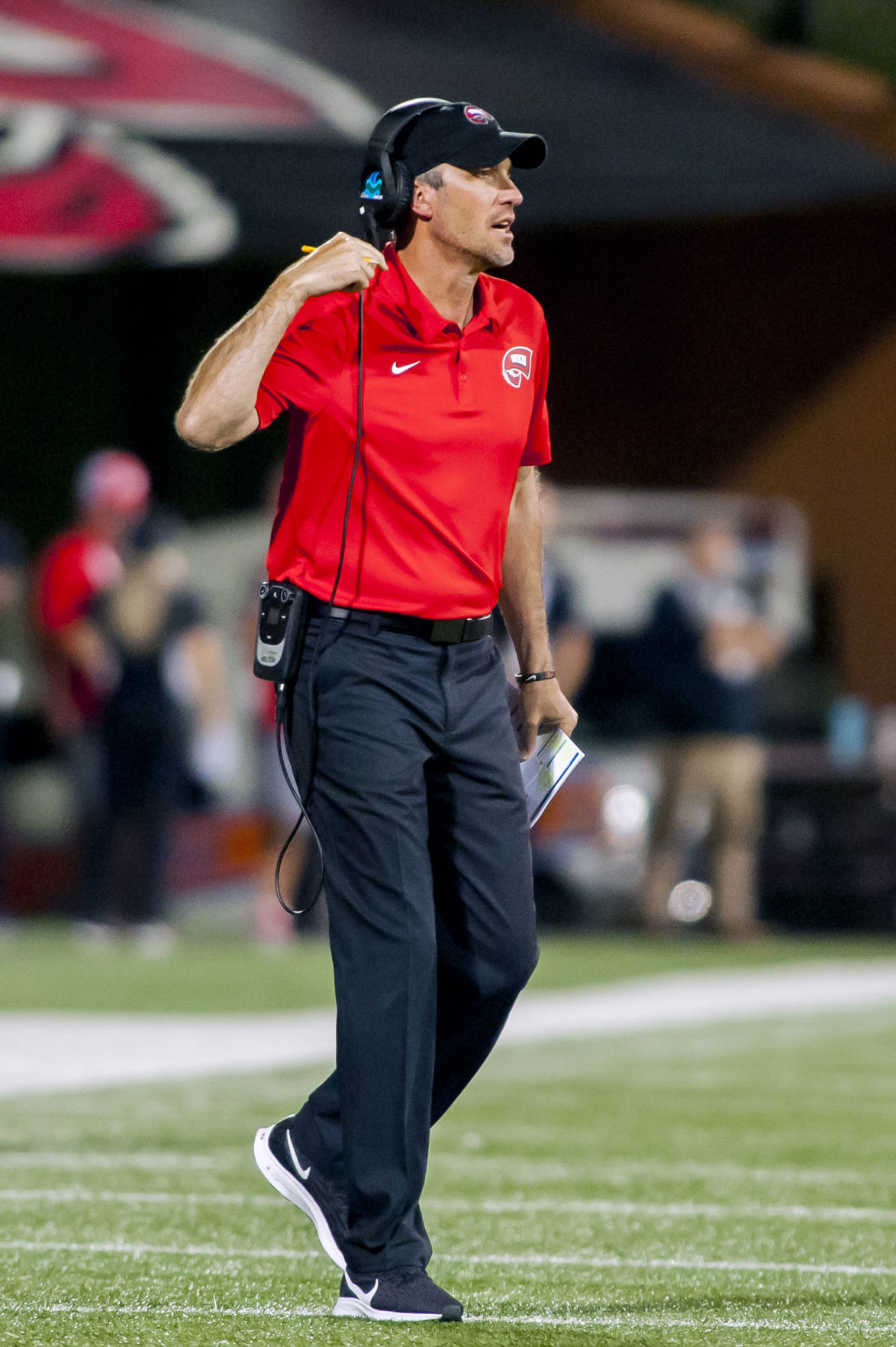 Western Kentucky quarterback Steven Duncan runs in for a touchdown against Central Arkansas linebacker TJ Campbell (right) and defensive back Trai Mosley on Thursday during WKU’s 35-28 loss at Houchens-Smith Stadium.

Upon reviewing the film from Western Kentucky’s loss Thursday to Central Arkansas, Tyson Helton liked everything about his offense except the one obvious factor: It didn’t score enough.

For the most part, Steven Duncan quarterbacked the offense up and down the field with an offensive line that gave him adequate protection and a run game that set the tone early.

But 28 points through three quarters wasn’t enough to make up for a dismal fourth quarter where four drives ended in a three-and-out, a missed field goal attempt and two fourth-down failures.

Despite producing 488 yards and statistical numbers not reached since two seasons ago, WKU failed to reach the end zone in the fourth quarter while the FCS Bears scored 21 unanswered points. It gave the Hilltoppers (0-1) their second straight loss in their home opener to an FCS opponent. WKU starts conference play Saturday at FIU in Miami. Kickoff from Riccardo Silva Stadium is set for 6 p.m. CDT on ESPN+.

The Hilltoppers held the ball nearly six minutes longer than the Bears in the fourth quarter. Their first drive of the frame lasted eight plays and went 68 yards to the UCA 15, but freshman Cory Munson missed his first field goal attempt from 32 yards out. Central Arkansas tied the game on the very next play with an 80-yard halfback pass.

WKU went three-and-out the next drive with two incompletions and a 2-yard completion to Lucky Jackson.

Central Arkansas took the lead on its next possession and WKU failed to convert a fourth-and-3 when Duncan’s pass to Jahcour Pearson on a crossing route over the middle was short of the sticks for a 2-yard gain.

Their last possession stalled at the UCA 33 with 46 seconds left on fourth-and-5. WKU’s last two plays were incomplete passes Duncan attempted to Jackson.

WKU’s 488 yards of offense were the most since amassing 538 against Middle Tennessee in the home finale in 2017. The redshirt junior Duncan threw for more than 300 yards for the first time in his career after going 26-for-39 for 304 yards, a touchdown and two interceptions. Duncan completed passes to nine players, led by Pearson’s seven receptions and five from Jacquez Sloan.

Walker, making his debut at running back since transitioning from the defensive backs unit, shined with 152 yards on 19 carries.

“I thought there was a lot of balance offensively,” Helton said. “Only guy that unfortunately didn’t touch the ball was Quin Jernighan. Would’ve liked for him to have had a couple of touches. In this offense, it gets spread around. A lot of times we don’t have one particular guy we’re trying to get the ball to. Every now and then we do that but that’s why you see so many people touch the ball. Quin’s game will come. Maybe it will be this week. It’s just how the game played out. I was happy with how many people did touch the ball.”

Duncan also was effective with six rushes for positive yards and wasn’t sacked until WKU’s final drive and scored on a designed run from three yards out in the second quarter. He was WKU’s second-leading rusher a year ago. Helton said he doesn’t want to build the Hilltoppers offense around a running quarterback, but Duncan’s durability gives them the option when needed.

“Steven is a big kid and a powerful kid, so every now and then we’ll run him,” Helton said. “I’m not interested in becoming a quarterback-run team, but we’re going to take advantage of the opportunities when we’re there to run the quarterback. In the passing game, he still needs to develop but as he continues to play, we’ll give him the keys to the car more and more.”{&end}

Walker shows out in running back debut

Gaej Walker made quite the impression for his running back debut.