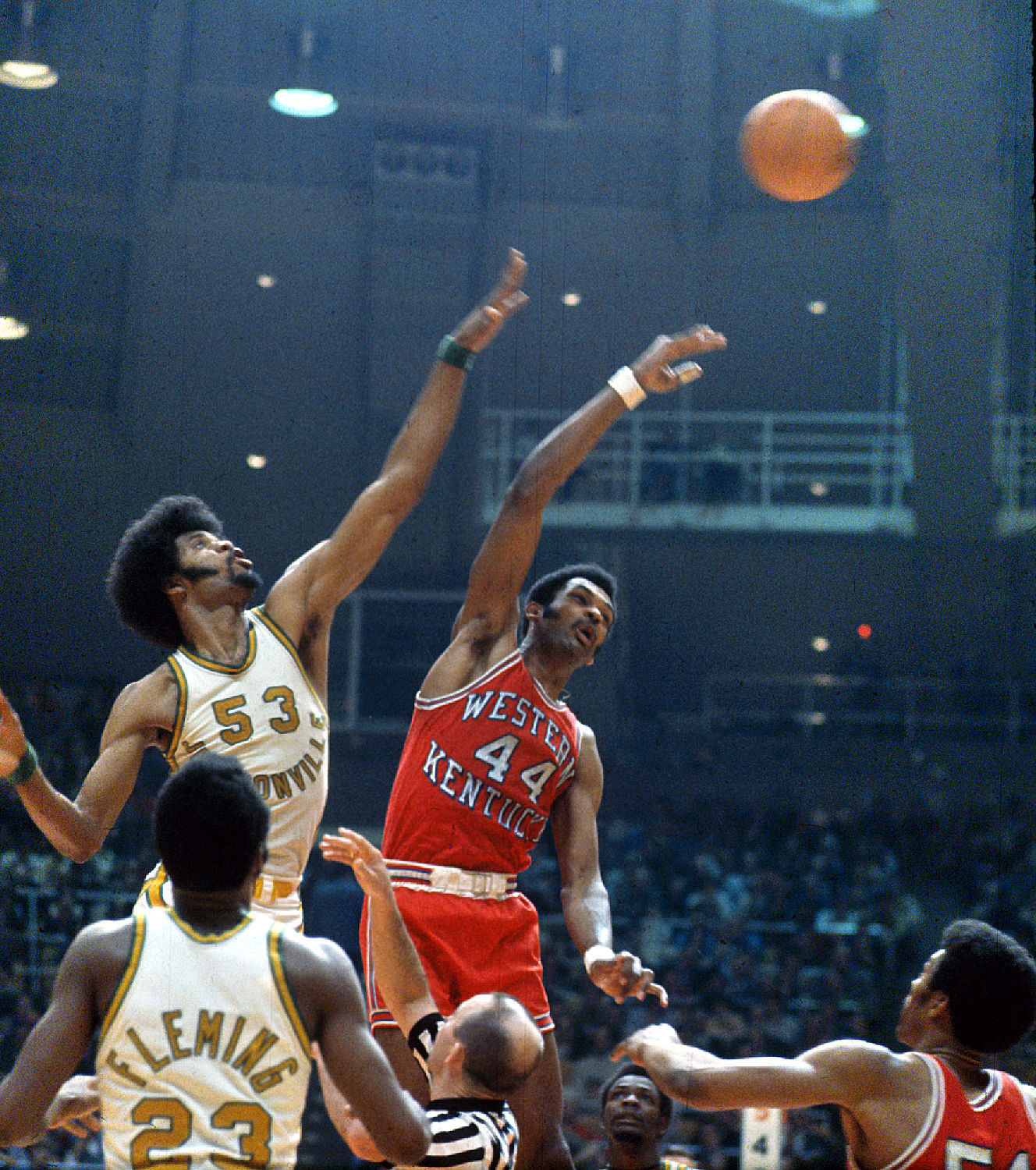 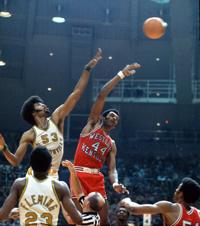 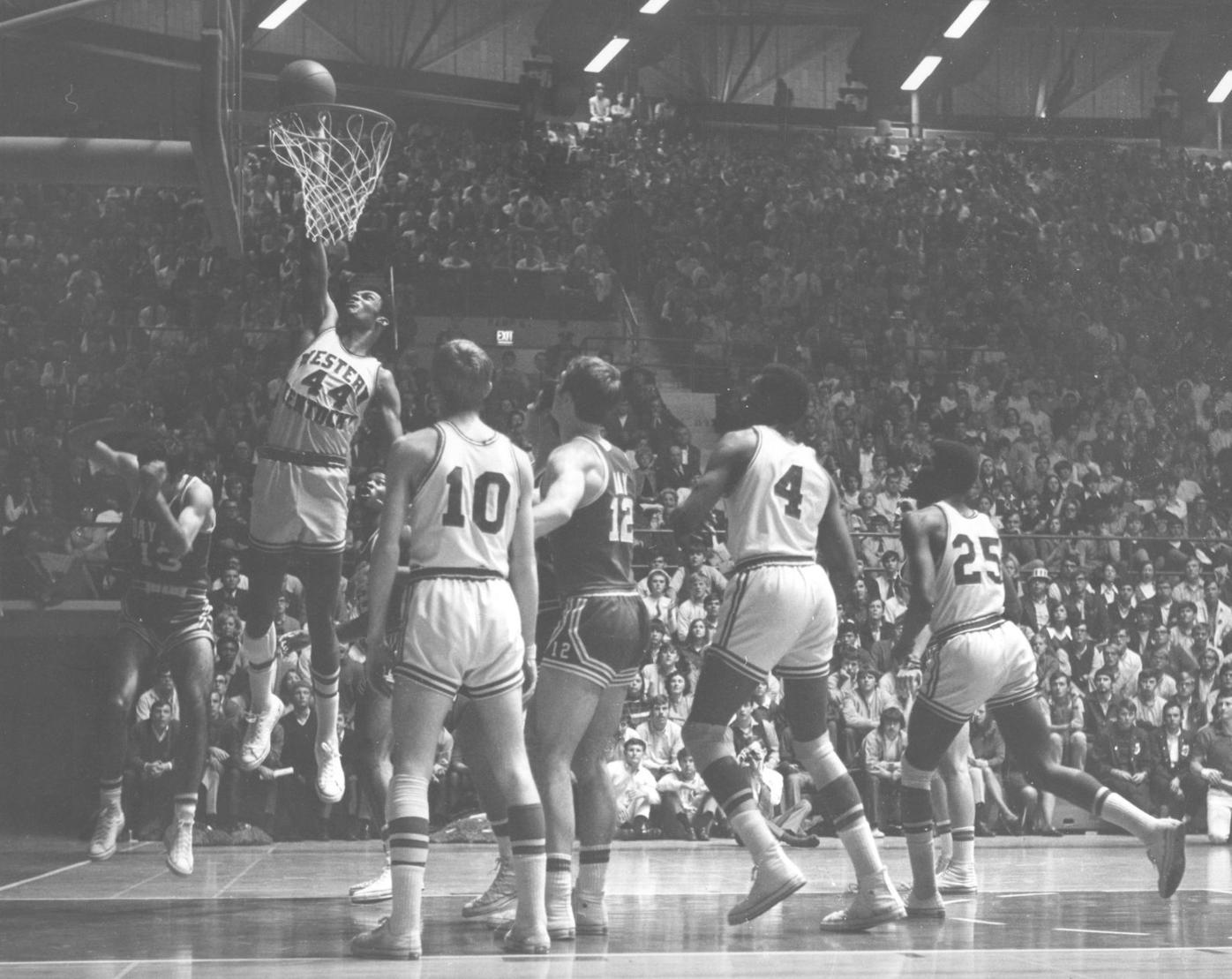 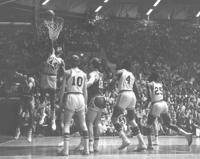 Dunking wasn’t allowed back when Jim McDaniels played. That didn’t stop Western Kentucky’s star 7-foot center from throwing down a big one in a 1971 game against Murray State.

“He said, ‘If we get us a big lead, I’m going to dunk one in this game. Get me the ball,’ ” former Hilltopper coach Jim Richards, a WKU assistant at the time, told the Daily News on Thursday. “Well, it was still kind of early in the game and he was out front on kind of a breakaway and he just couldn’t resist.

“I remember a photographer took a picture of that. People in the stands, they had their mouths open, eyes were big. There was an enormous explosion of people yelling and screaming. It was quite emphatic.”

The Hilltoppers went on to win that game, and many more, during McDaniels’ three-year career from 1968-71 at WKU.

McDaniels – one of the finest players in WKU history – died Wednesday evening in Bowling Green. He was 69.

McDaniels, a 7-foot center from nearby Scottsville, finished his WKU career with 2,238 points, which ties for the all-time program record.

“I got to know Jim well and truly treasure that relationship,” WKU athletic director Todd Stewart said. “It was always great talking to him.

McDaniels was one of just two WKU All-Americans who were honored as such in each year of their Hilltopper careers. The big man was the only person in WKU basketball history to be named a first-team All-American by three or more organizations in the same season when six picked him after the 1971 season.

He was one of just three former Toppers honored as NCAA “consensus” All-Americans. He and Clem Haskins (1967) were first-team consensus picks, and Tom Marshall (1954) was a second-team consensus selection.

McDaniels was also named Ohio Valley Conference Player of the Year in 1969-70 and 1970-71 and was an All-OVC selection in each of his three varsity seasons.

The Hilltoppers went a combined 62-19 during McDaniels’ time with the program under head coach John Oldham, advancing to the NCAA Tournament in each of his last two years, including a run to a third-place finish in the Final Four in 1971.

The NCAA later vacated WKU’s Final Four appearance after an investigation found McDaniels signed with an agent while still in college.

McDaniels is one of eight former WKU players to have their jersey retired and hung in the rafters at E.A. Diddle Arena.

Before he arrived at WKU, McDaniels averaged nearly 40 points per game as a senior at Allen County High School and was named Kentucky Mr. Basketball in 1967.

After his college career ended, he played professionally in both the NBA and ABA from 1971-78.

McDaniels continued to live in Bowling Green and remained around the Hilltopper program through the years, addressing the team on numerous occasions and coaching a squad of former WKU stars against a team of ex-Kentucky players in an all-star exhibition at Diddle Arena in 2011.

“I think in the time I’ve been here, the two loudest ovations that I’ve heard for recognition of a former player or coach were the one he got and the one John Oldham got,” Stewart said. “To me, that just shows the respect he had.

“You’re talking about someone whose playing career ended over 40 years ago and to have that kind of ovation from our fans when he’s recognized I think just speaks to the power of his legacy and how many people he truly impacted.”

McDaniels is survived by his wife, Carolyn; his sons Shannon, of Charlottesville, Va., and Eskias (Crystal Marie), of Los Angeles; and his daughter, Lydia Britton, of Charlotte, N.C.

Funeral arrangements are still being finalized.

It was in 1967 that Wes Strader was asked to present an All-American plaque to a young basketball star from Allen County High School.