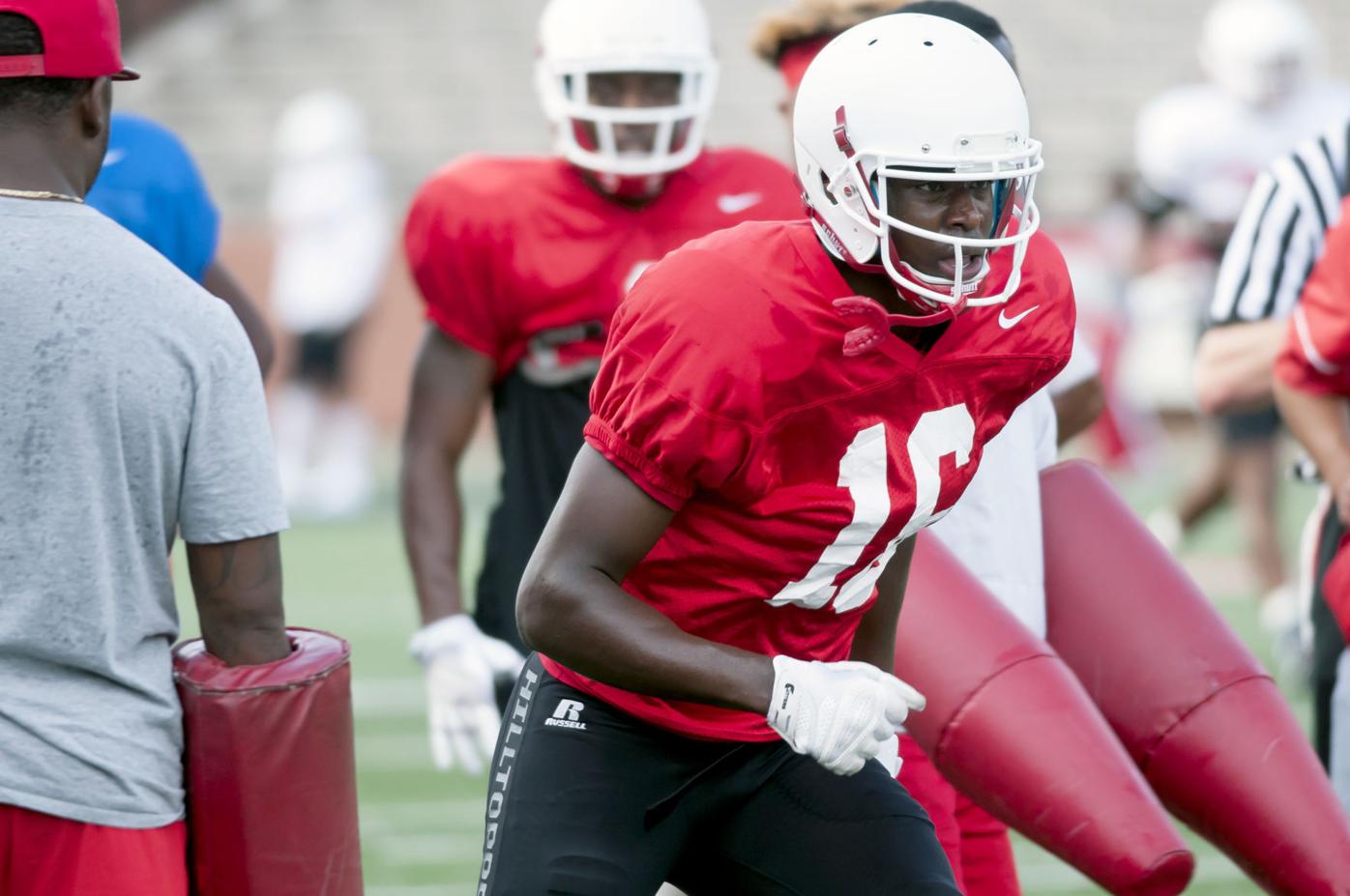 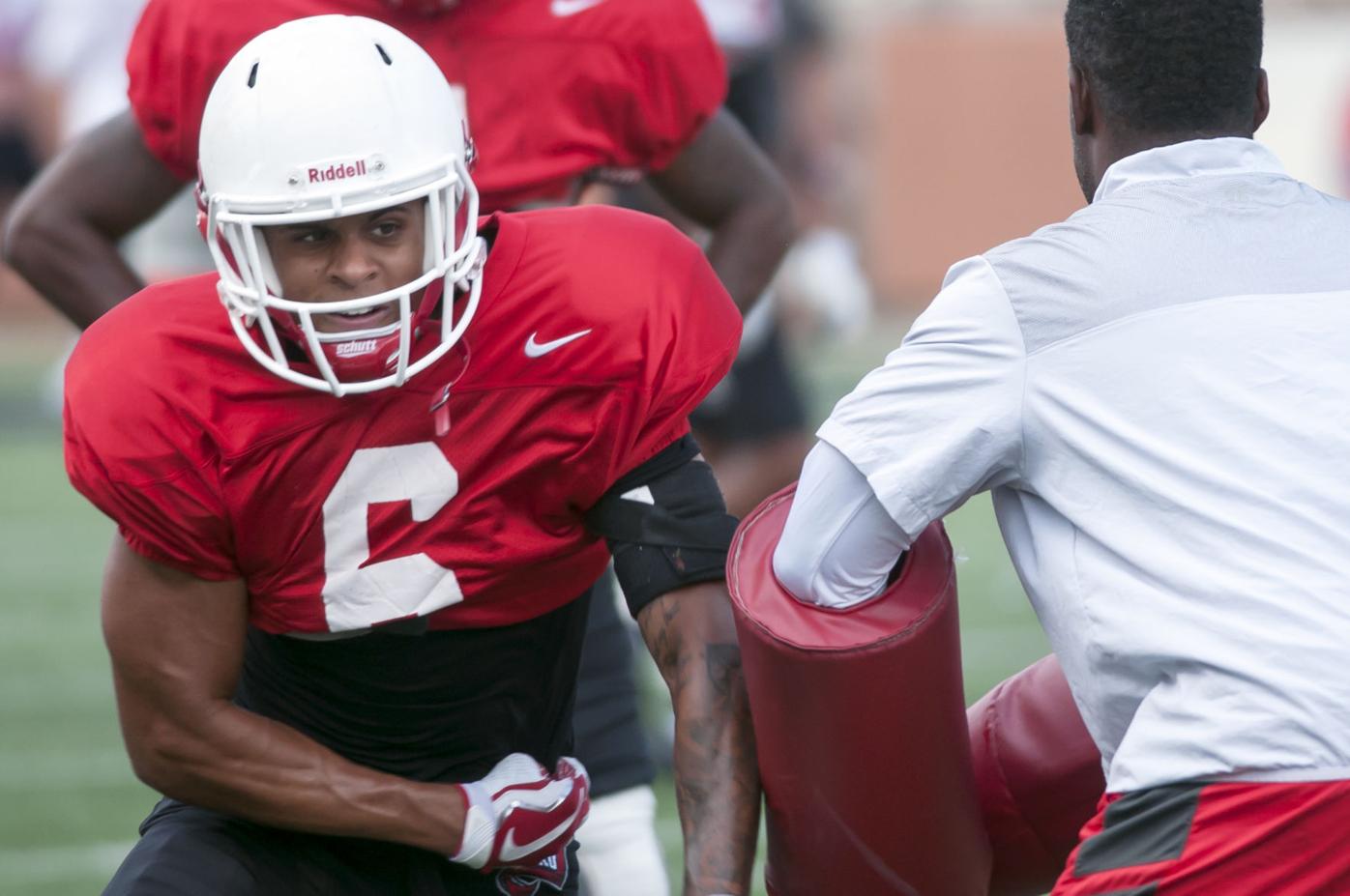 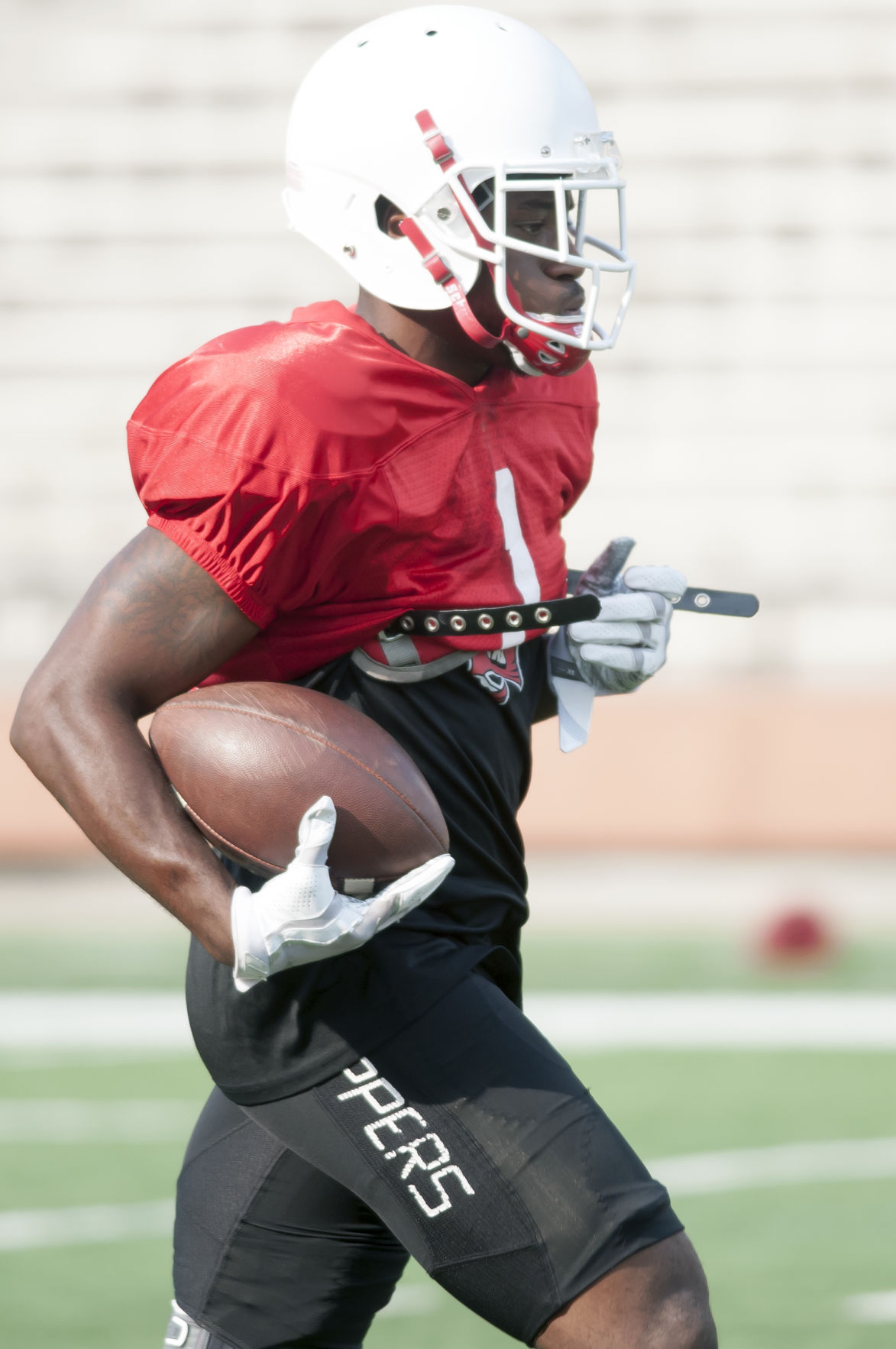 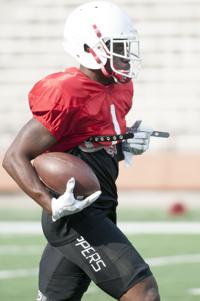 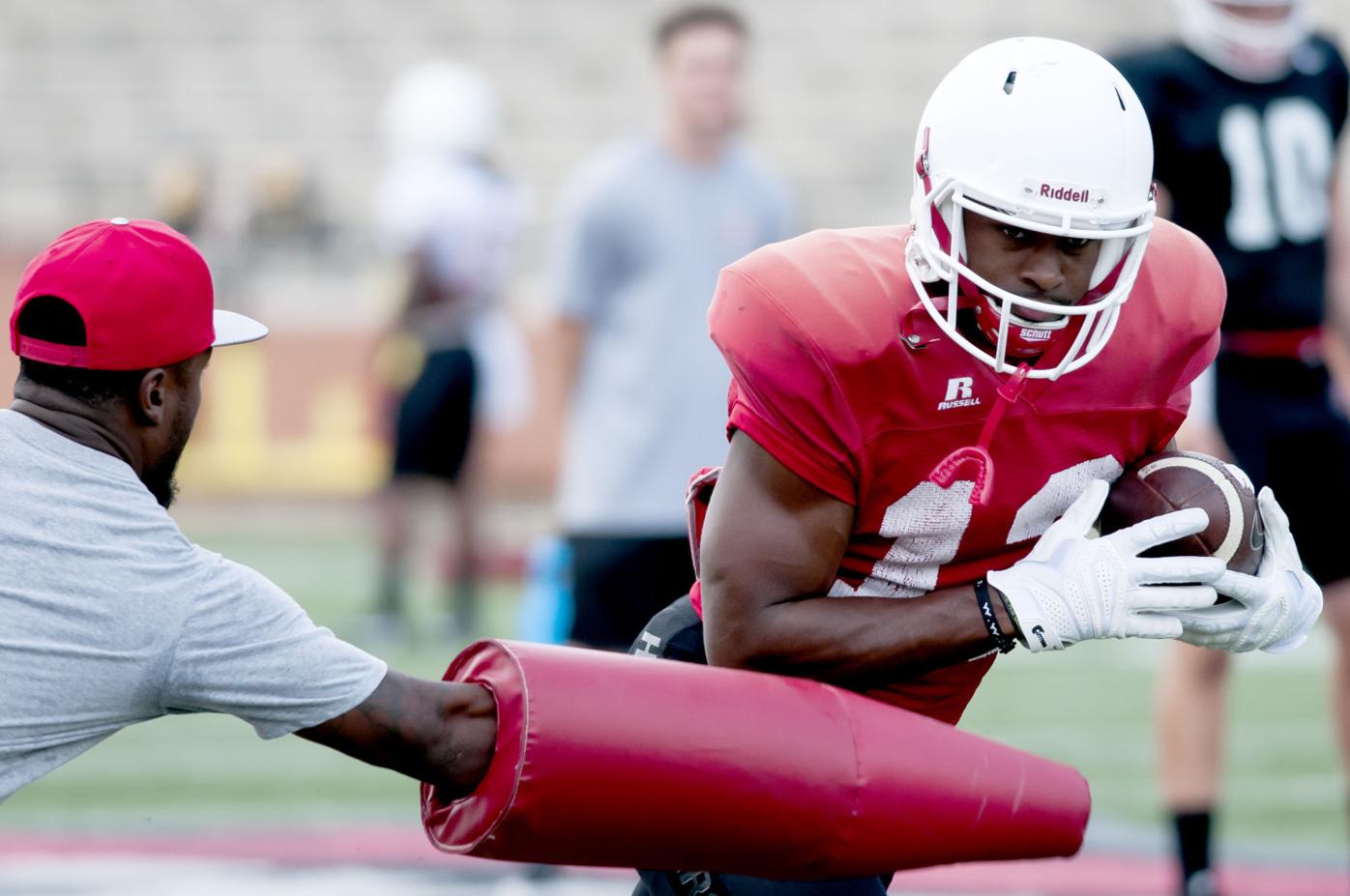 The opportunity is there for Western Kentucky’s wide receivers. Now they get the chance to take advantage.

The Hilltoppers will play this year for the first time since 2012 without graduated wideouts Nicholas Norris and Taywan Taylor. Taylor ranks No. 1 and Norris No. 2 at WKU in career receptions, receiving yards and receiving touchdowns.

That’s quite a void for a hungry group of Topper wide receivers to fill. They’ll get a chance to make a first impression Saturday when WKU kicks off its season against Eastern Kentucky (6 p.m., Houchens-Smith Stadium, online stream at Flofootball.com).

“Competition is a big thing for us,” wideout Quin Jernighan said Tuesday after practice. “We’re all young and since we had a lot of vets leave, everybody’s just trying to get on the field. Everybody wants to play this year.”

Obviously not all those players will see significant playing time against the Colonels. But Sanford said that contest and other early-season games are “going to be huge” in determining wide receiver playing time going forward.

“Some of these players, we’ve never seen them under the lights in a game situation,” the first-year coach Sanford said. “I think their success or lack thereof individually in that game and in Week 2, it’s going to paint the picture of what we do the rest of the season.

“Ideally, we have nine receivers and they’d all respond very well. … But they are 18-22-year-old young men that are going to react differently.”

Fant and Jackson are the two returning wideouts most familiar to Hilltopper fans.

The senior Fant, a former star at Bowling Green High School, has caught 43 career passes for 13.2 yards per catch with two touchdowns.

Jackson broke out last season as a redshirt freshman, catching his first career TD pass in a loss at then-No. 1 Alabama. The Lexington native caught 26 passes last season for 395 yards with two scores.

Beyond Fant and Jackson are a group of receivers ready to make an impact for the first time in a WKU uniform.

The redshirt senior Towner has been a kick return ace for the Toppers in recent years but offensively has only made six career catches.

Graduate senior Echols-Luper is the most experienced of the remaining wideouts. He transferred into the Tops’ program last month from Arkansas State and also played earlier in his career at TCU.

“He’s come in and hasn’t missed a step,” Jackson said of the Ennis, Texas, native. “He came in rolling. He’s a great athlete, can make plays.

“The only thing with him is he’s learning the playbook and the new system. But other than that he’s adapted well.”

Jernighan is also ready to step into a bigger role this season as a redshirt sophomore. The LaVergne, Tenn., native battled an early injury last fall before appearing in WKU’s final eight games as a redshirt freshman, catching five passes for 59 yards and a TD.

“He’s definitely a playmaker, a guy that can turn it on when the lights come on,” Jackson said of Jernighan. “He’s a great guy and definitely has things to show.”

Helping WKU’s younger or inexperienced wideouts is the fact the Hilltoppers return quarterback Mike White, the 2017 C-USA Preseason Offensive Player of the Year. Coaches and teammates have raved of his passing and leadership abilities.

“What I want to see out of that group is playing fast, exploding off the football,” Adams said. “We always say we want to be the frisbee-catching dog, make the difficult look easy and run after the catch. Be game changers.”{&end}

Western Kentucky has a tradition to uphold.