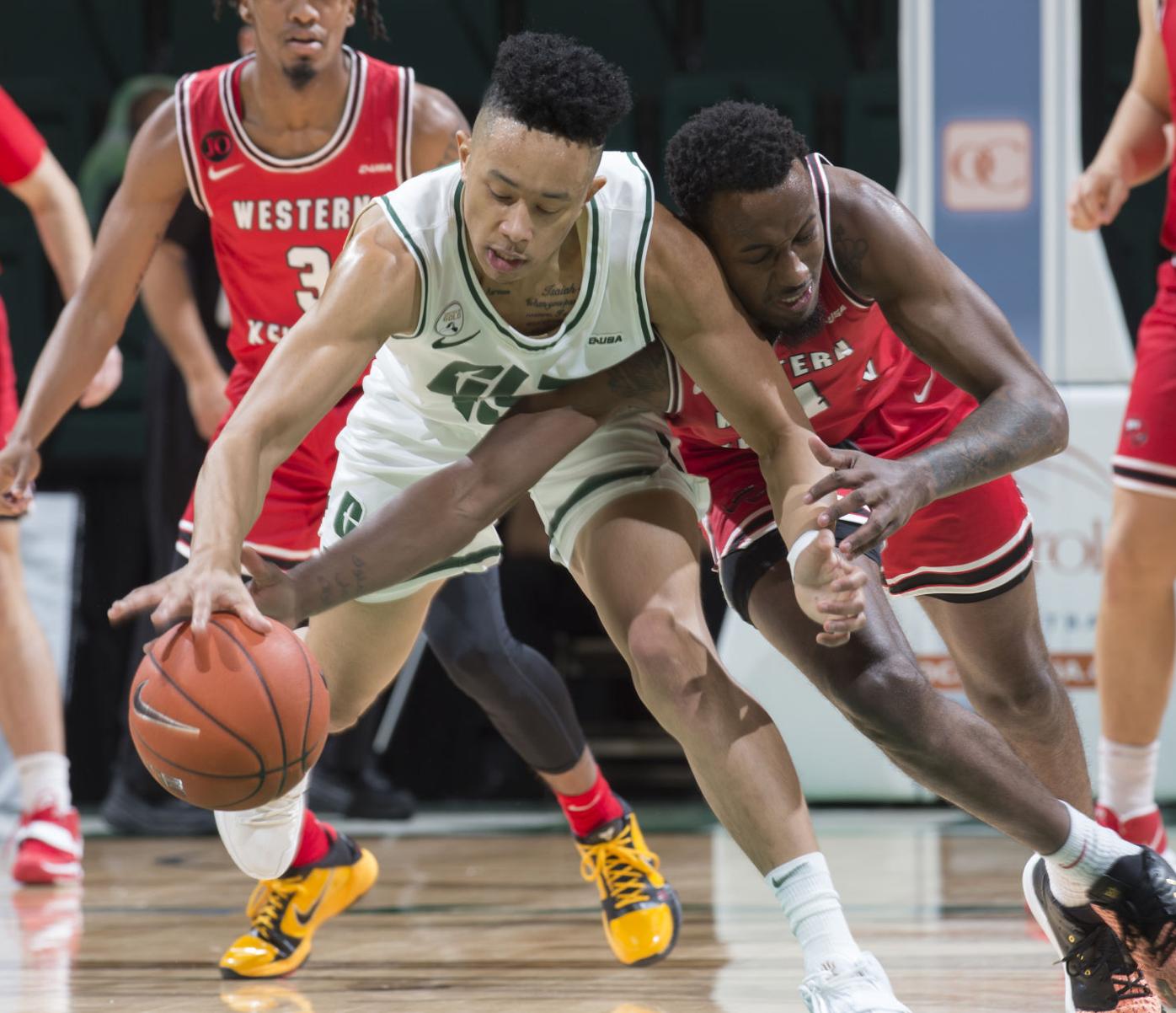 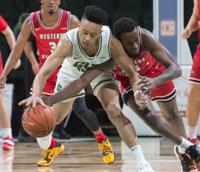 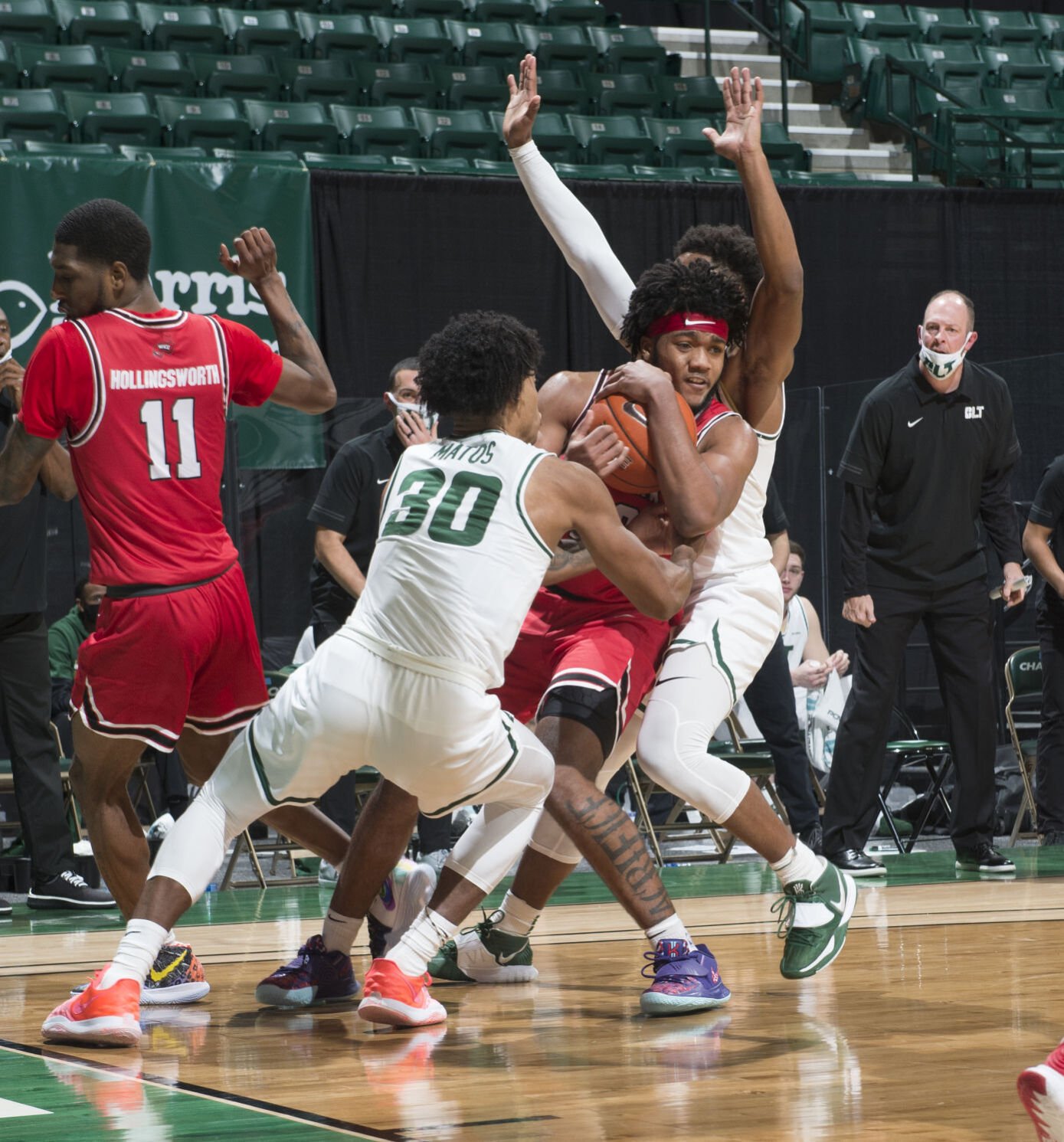 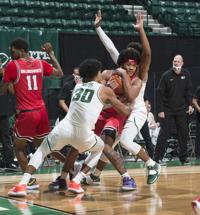 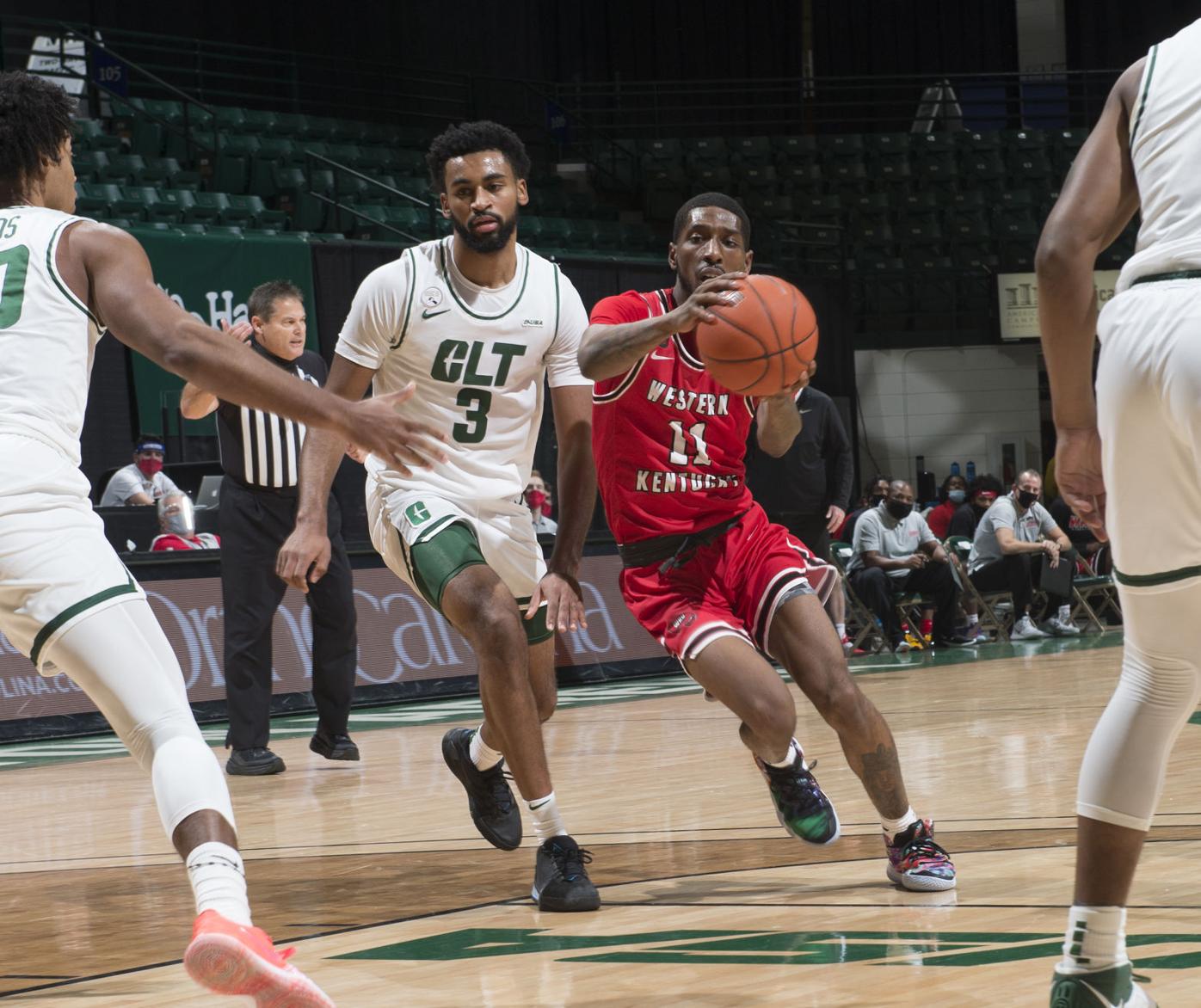 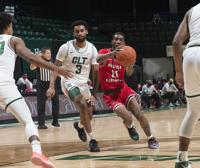 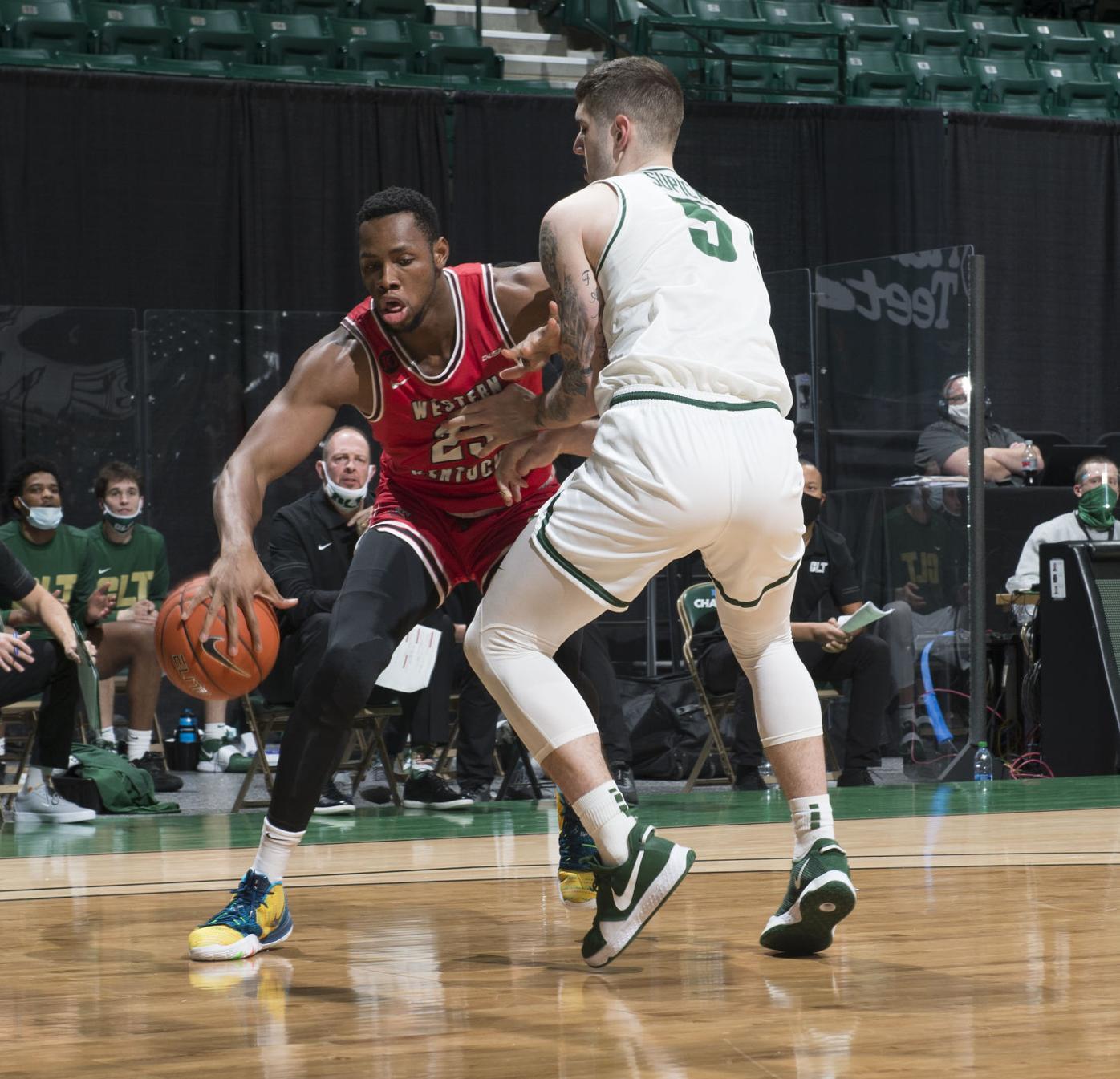 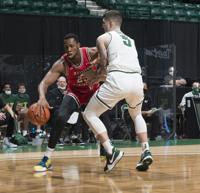 CHARLOTTE, N.C. – Round one goes to Western Kentucky.

The Hilltoppers claimed their sixth straight win by rallying from an 11-point first-half deficit to beat Charlotte 67-63 at Halton Arena in Friday's Conference USA opener.

"At halftime, we had to really buy into the game and lock in," WKU freshman guard Dayvion McKnight said. "We started off slow – I don't know what that was – but we had to pick it up the second half."

Luke Frampton made WKU's first 3-pointer Friday as time expired in the first half to make it a 36-28 Charlotte lead heading into the break, and the Hilltoppers exploded for a quick six points in the second half to cut the 49ers' lead to two. Josh Anderson came away with a steal and dunk to open the half, Charles Bassey followed with an alley-oop off an inbound pass from Kenny Cooper and Carson Williams made a layup.

"That sparks us up. We just need those type of plays," WKU senior guard Taveion Hollingsworth said. "Whenever those types of plays come, it just gives you more energy. The more that we get that, the more energy will come to the team."

Charlotte clung to its lead – it spurted out to seven twice – until there was 8:27 to play, when Frampton knocked down the team's third straight 3-pointer to put WKU up 54-52, giving the Hilltoppers their first lead since the 17:57 mark in the first half. Kevin Osawe's putback with 5:21 left capped an 11-0 run.

The 49ers took the lead twice from there, but a baseline floater from Jordan Rawls put WKU ahead with 1:34 and the Hilltoppers didn't trail from there. WKU went 5 of 6 from the line in the final minute – McKnight made all four he attempted – and the Hilltoppers held on for the 67-63 victory.

Hollingsworth finished with 14 points, McKnight had 12, plus four rebounds and six assists and Charles Bassey had 10 points and 12 rebounds.

Bassey played just 11 minutes in the first half and finished with 25 minutes played. He sat out the team's previous game, a Dec. 22 victory over Tennessee Tech, and hadn't practiced before Thursday because of back spasms stemming from taking an elbow in a Dec. 19 win at Alabama, according to WKU coach Rick Stansbury.

"I thought the first half we turned the ball over and that was the difference in the game – we couldn't score very well, we turned it over and we gave them 10 points in transition," Stansbury said. "The second half I thought we were much better. Number one, we took care of the basketball and we had five turnovers in the second half. We were much more efficient offensively."

Young finished with a game-high 23 points, Williams had 21 and Jordan Shepherd had 10, after being held scoreless in the first half.

The two teams will now turn around and meet again less than 24 hours after the conclusion of Friday's game. Saturday's tip off at Halton Arena is scheduled for 3 p.m. CT.