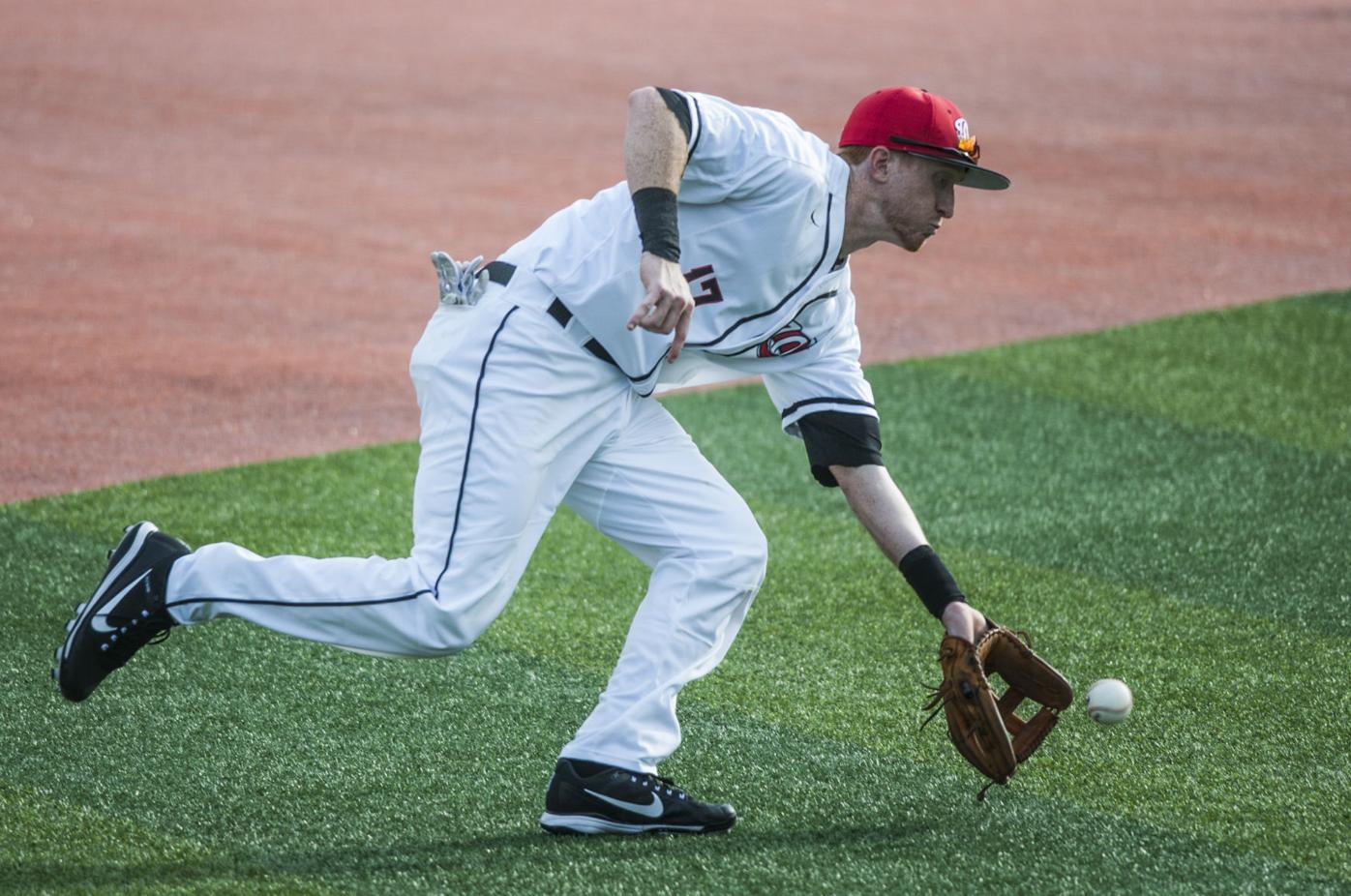 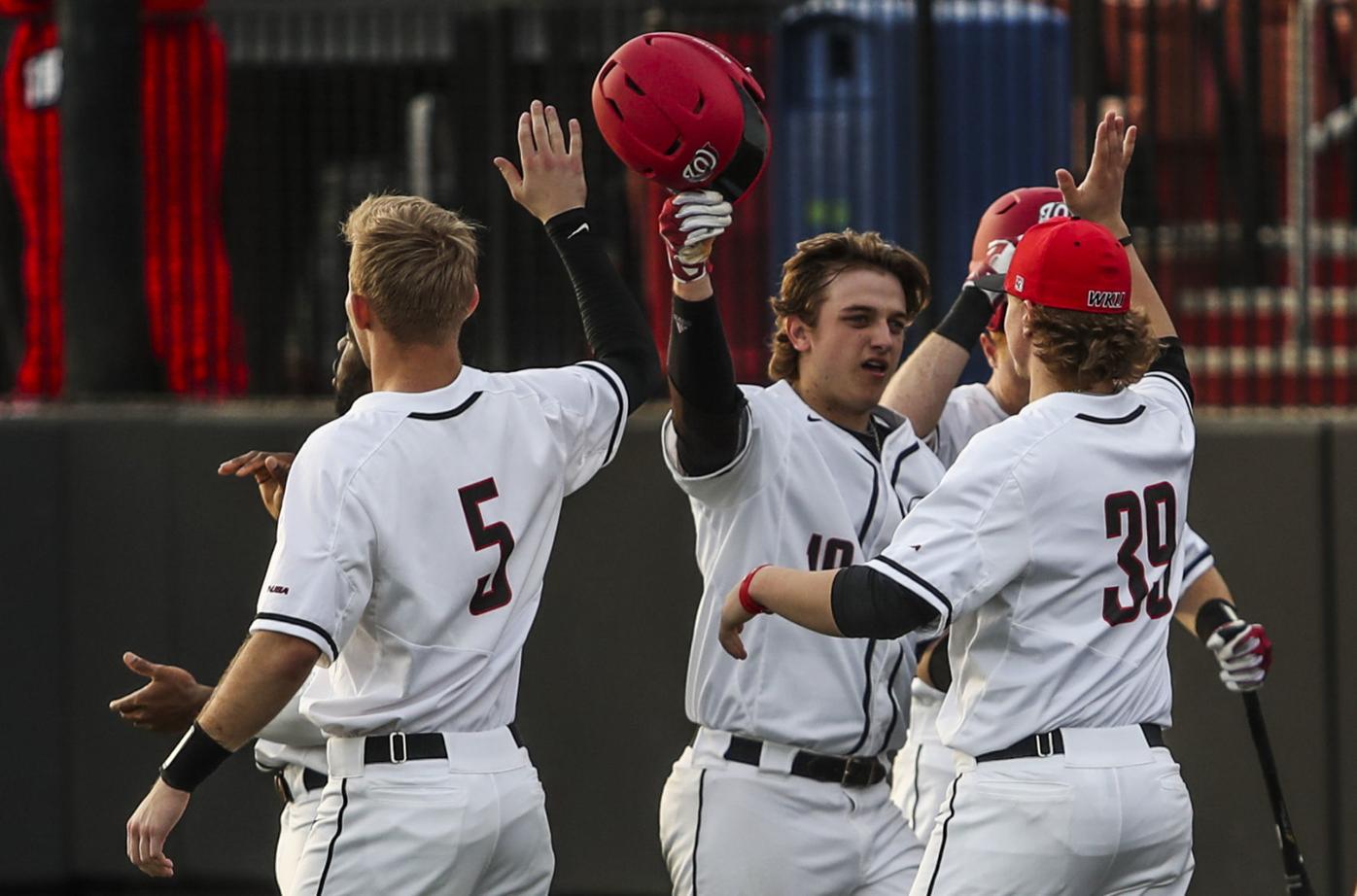 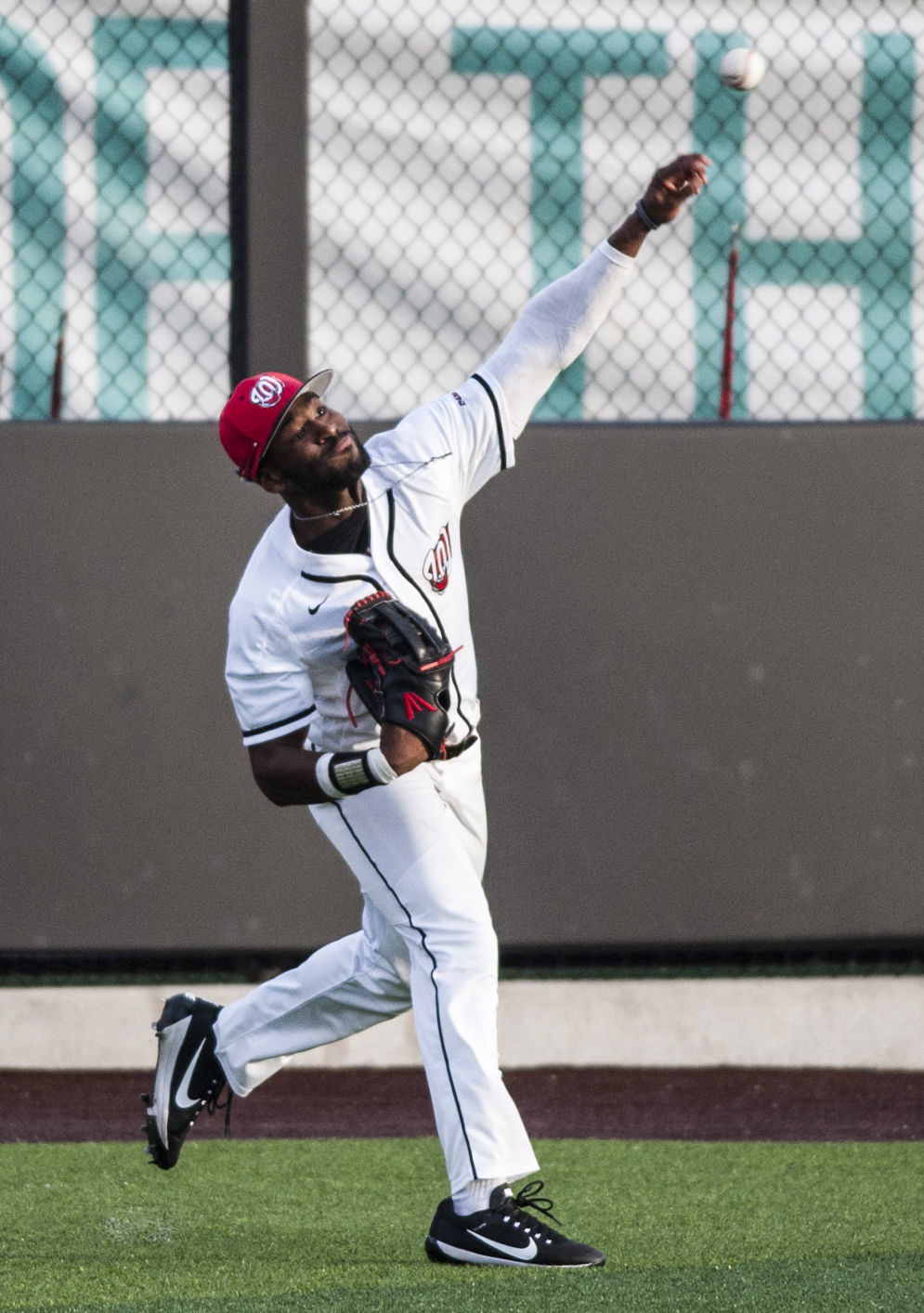 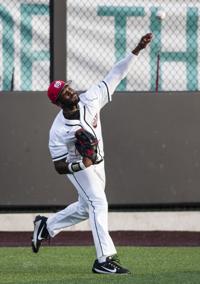 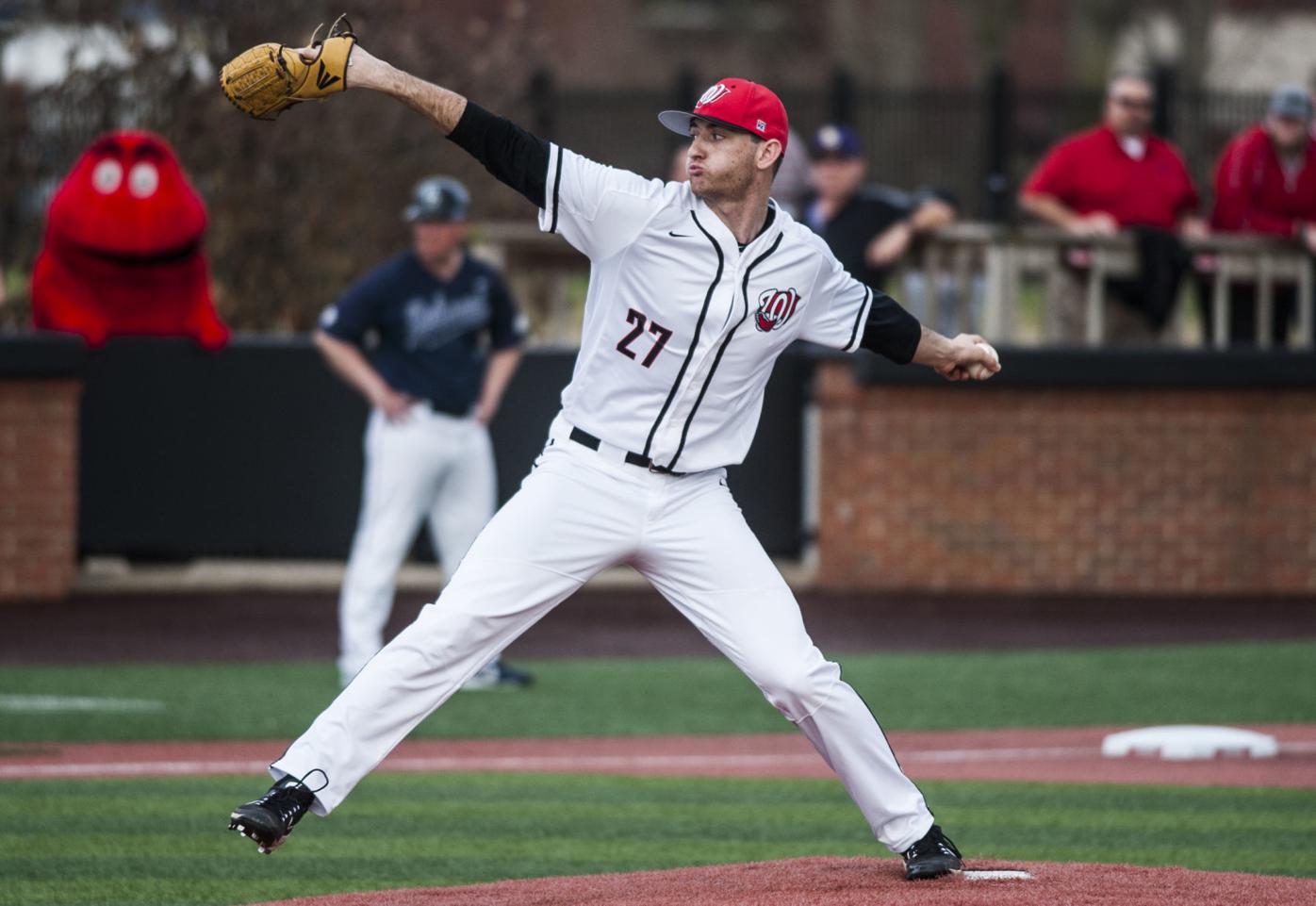 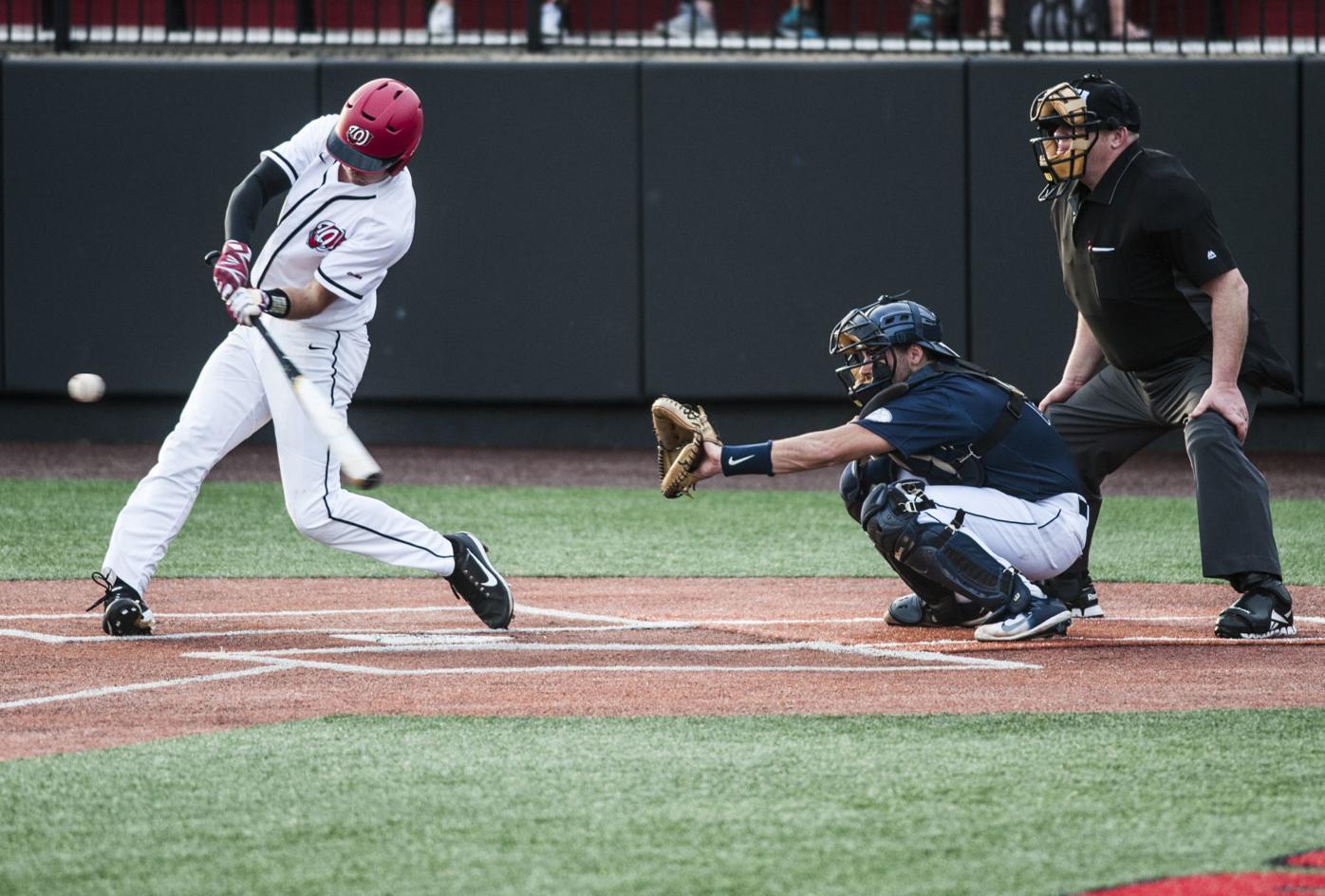 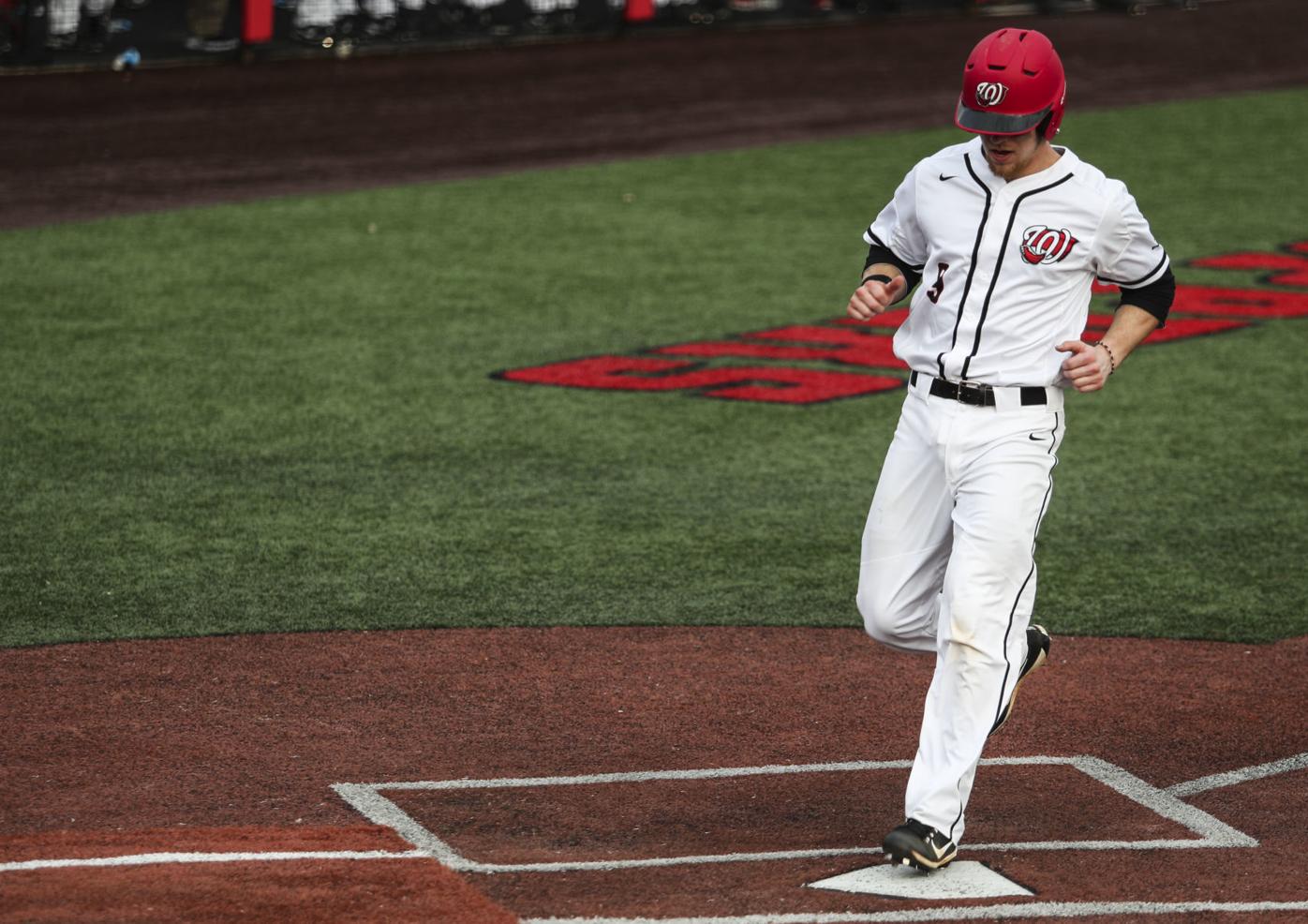 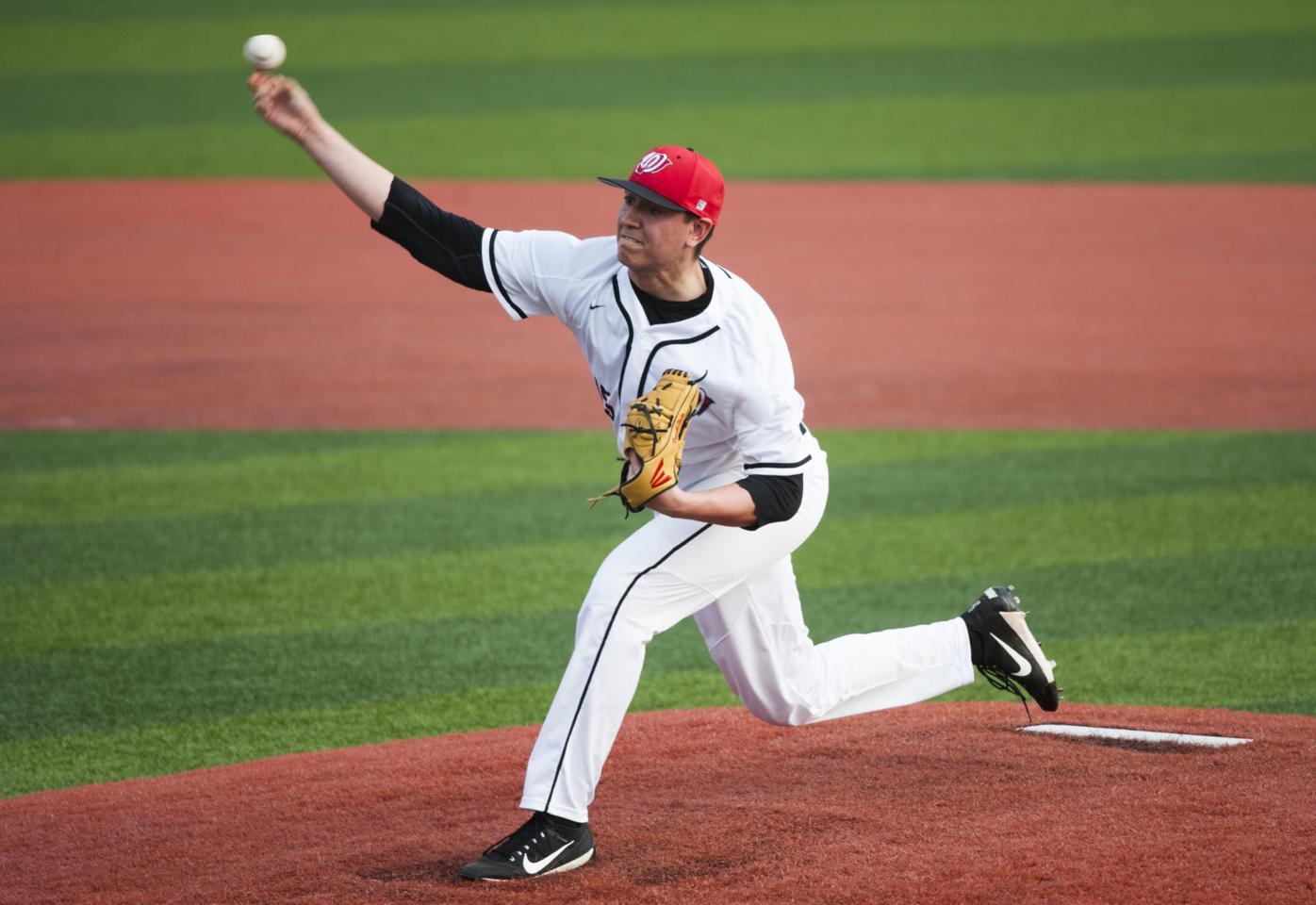 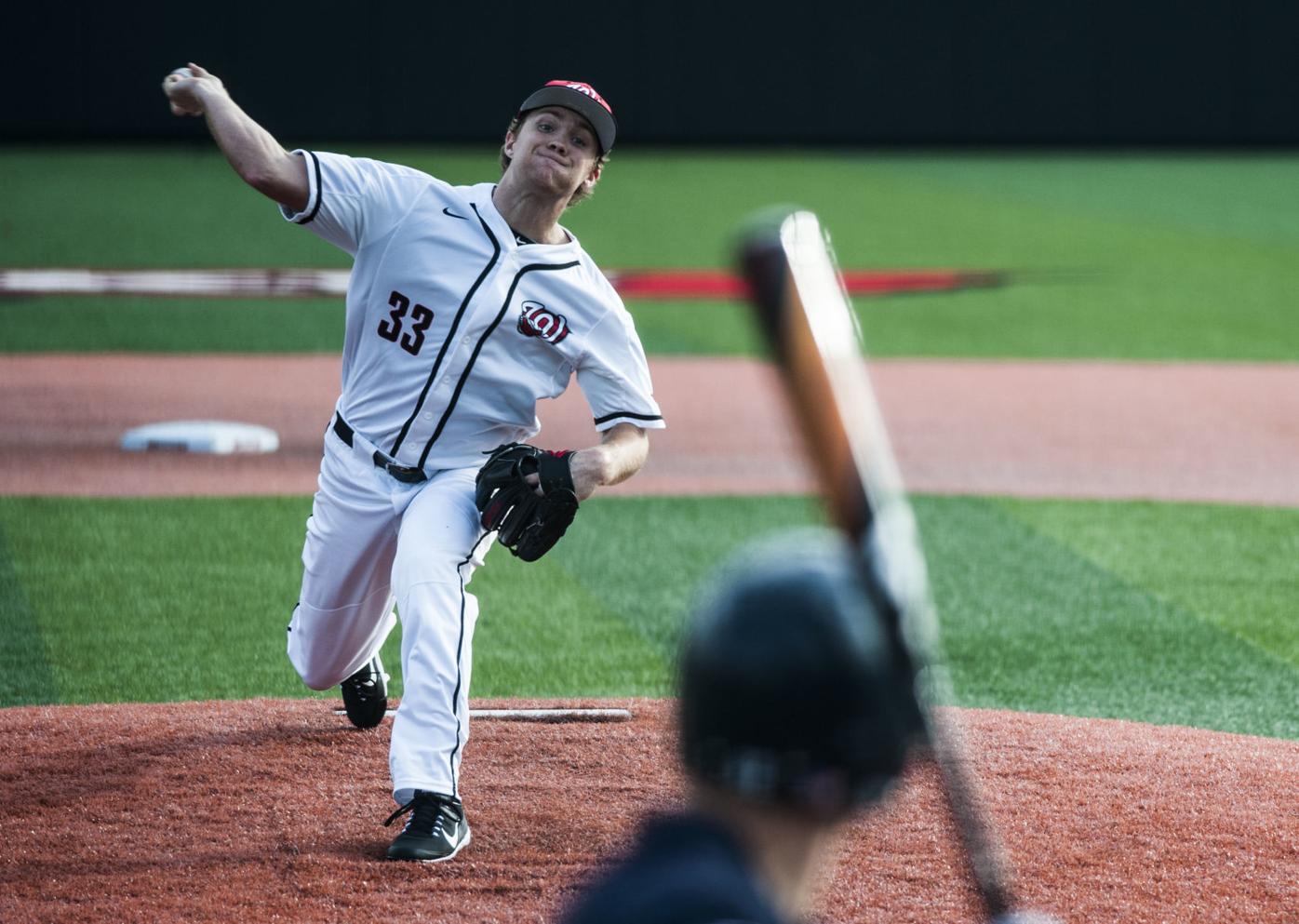 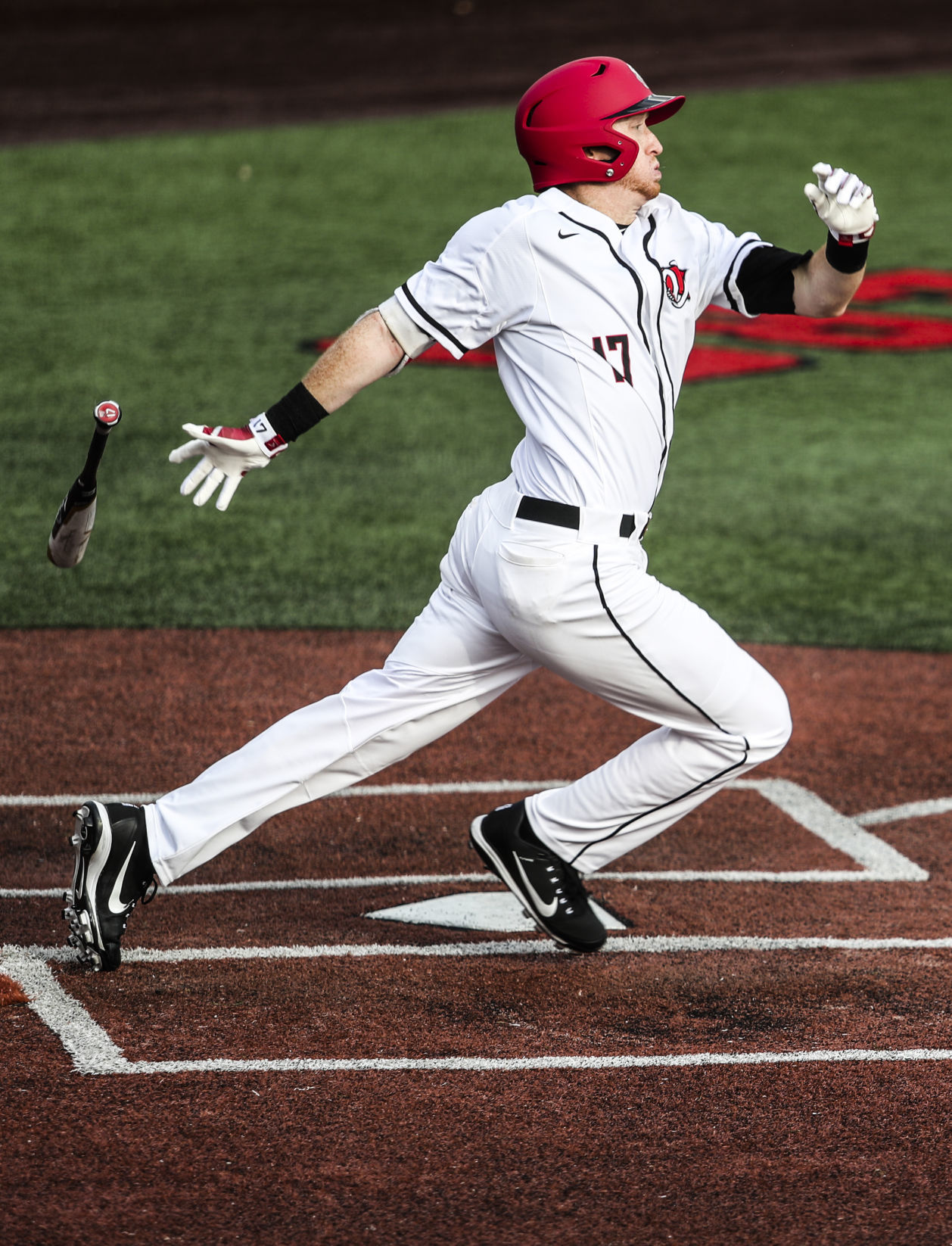 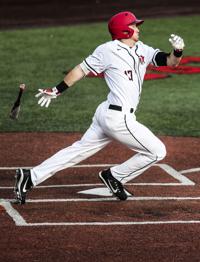 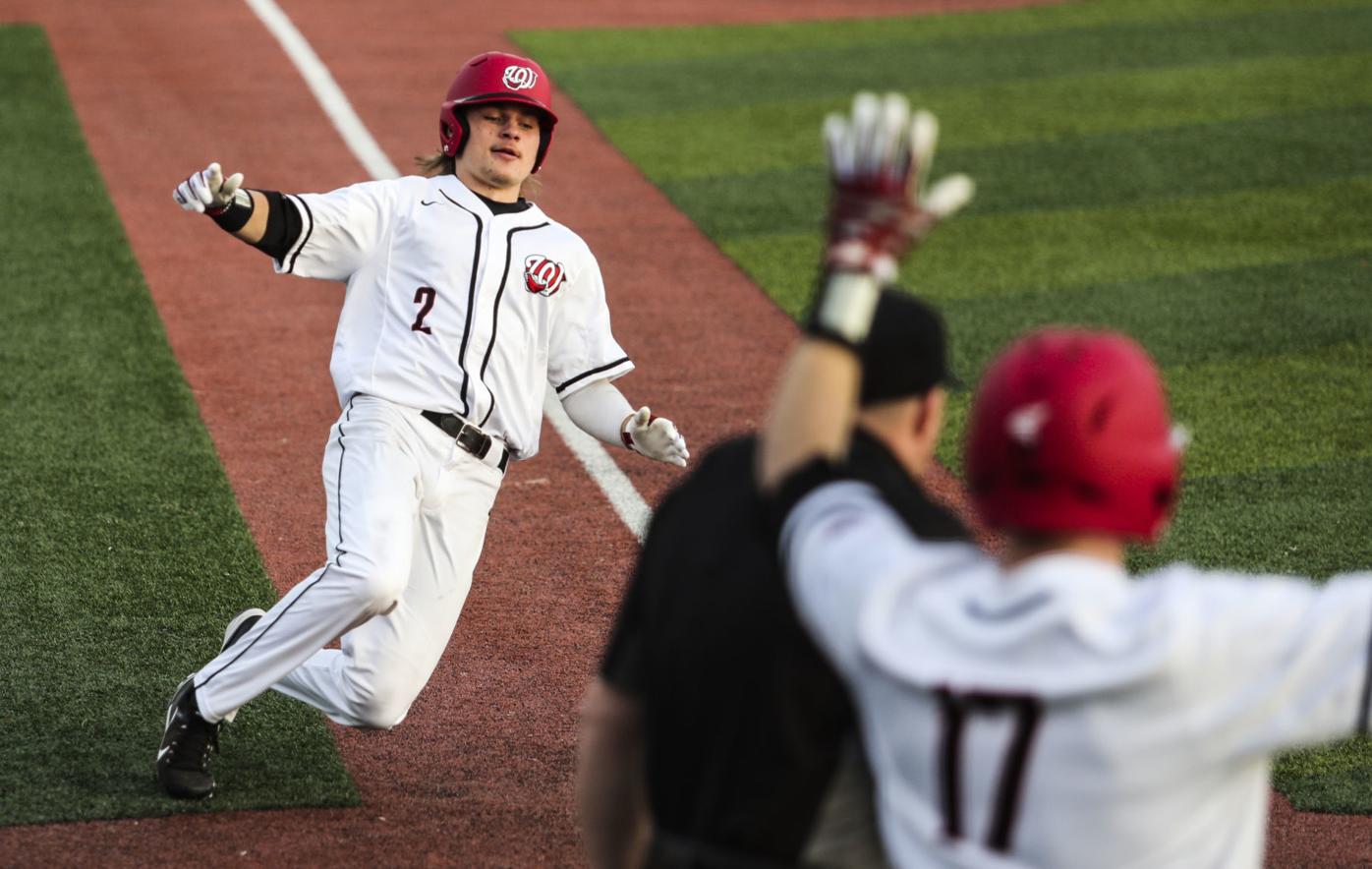 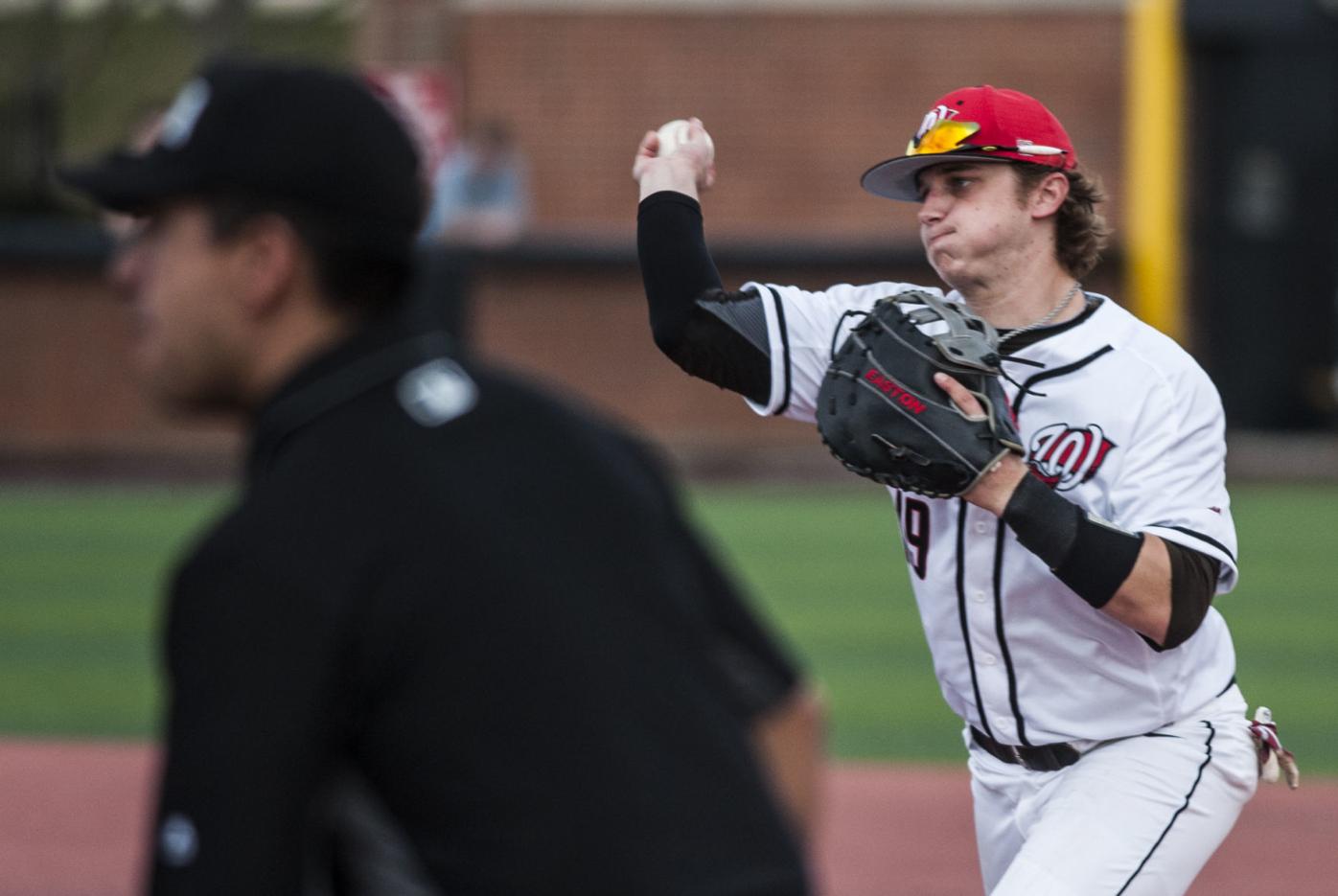 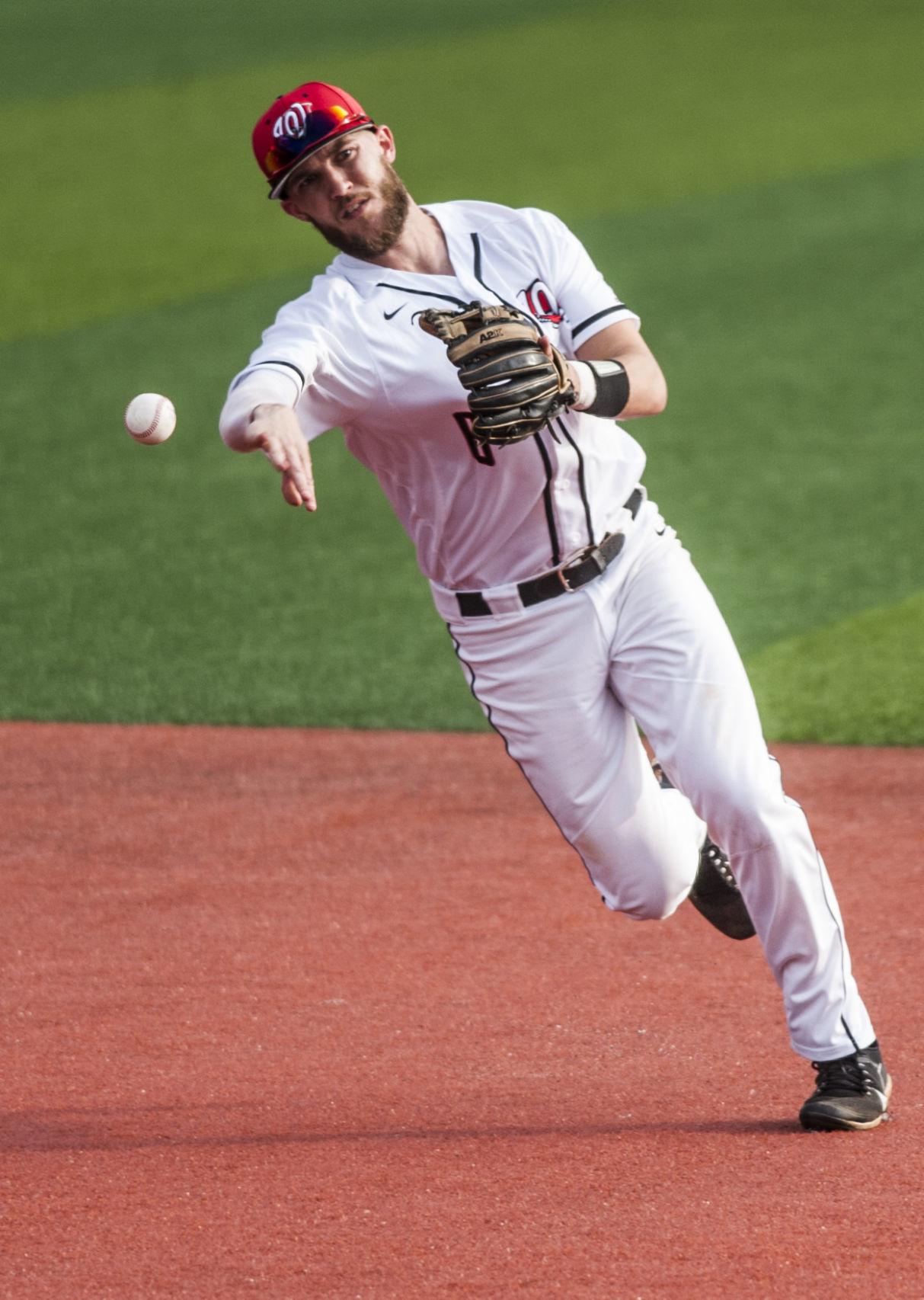 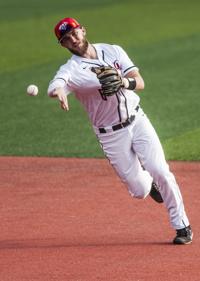 The Hilltoppers used nine pitchers to defeat Belmont 4-1 in a midweek tilt to open the 2018 home slate.

WKU (2-2) took the lead in the third inning and added two more runs in the bottom of the sixth to hold the Bruins (2-2) to a single run on nine hits. First baseman Chase Larsen had two RBIs and center fielder Jacob Rhinesmith had two hits and scored a run in front of 606 in attendance with temperatures in the high 70s.

“I was so excited when I saw the forecast,” WKU third-year coach John Pawlowski said. “In the 70s, no rain. I looked up about the second or third inning and saw the people down the left-field line and the right-field line. That’s exciting to see. Hilltopper fans came out to support these guys and we found a way to win.”

The group allowed a single run in the first inning and issued just one walk.

“It’s lifting as a team to have everyone step up,” Larsen said. “For nine guys to come out and do their job as they needed to, that’s big time.”

Pawlowski used four relievers in each of the three games at Memphis. The Hilltoppers had seven relievers who didn’t allow a run while pitching more than 2/3 of an inning.

The rotating strategy worked well Tuesday. Michael Darrell-Hicks pitched the third inning and earned the win with the Toppers taking the lead in the bottom of the frame.

“The plan going in: What we wanted to try to do is use multiple pitchers,” Pawlowski said. “We wanted to get those guys in to get some work. Obviously when you run that many guys out there, they did an outstanding job and walked one guy today. Proud of the way we played today.”

Both squads got on the board early with Belmont bringing in Matt Cogen on a two-out RBI single. WKU got the equalizer in the bottom of the first with Chase Larsen’s single up the middle to score leadoff man Dillon Nelson.

The first baseman Larsen, a junior college transfer from Feather River College (Calif.), brought in the go-ahead run in the third inning.

Maddex Richardson worked out of the jam and then pitched a one-hit fifth inning. Micheal Martin gave up a double in the top of the sixth, but left Belmont catcher Austin Reynolds at third with a groundout and fly out to left field to close the inning.

WKU added insurance with two runs in the bottom of the sixth. Pinch hitter Ray Zuberer III singled to right to bring home the leadoff man Larsen, then Tyler Robertson flied out to right field to score Rhinesmith to make WKU’s lead 4-1.

Jacob Green went down the order in the seventh inning and Austin Tibbs pitched an inning-and-a-third before Bowling Green native Ben Morrison closed it out.

“Today, the expectation was we were going to run a lot of guys out there whether it was six or seven,” Pawlowski said. “Ended up being nine. That sets us up and gets ourselves ready for the weekend.”

WKU went 1-2 over the weekend in Memphis before winning Tuesday. The Toppers were outscored 11-1 in both losses and now sit at .500 four games into the year. The last time WKU held an even record in last year’s 16-win season was at 3-3. WKU hosts a four-game series this weekend against Northern Illinois.

“We all came out hoping to turn stuff around from last year and I think this is a good step in the right direction,” Larsen said. “Definitely want to keep this going.”