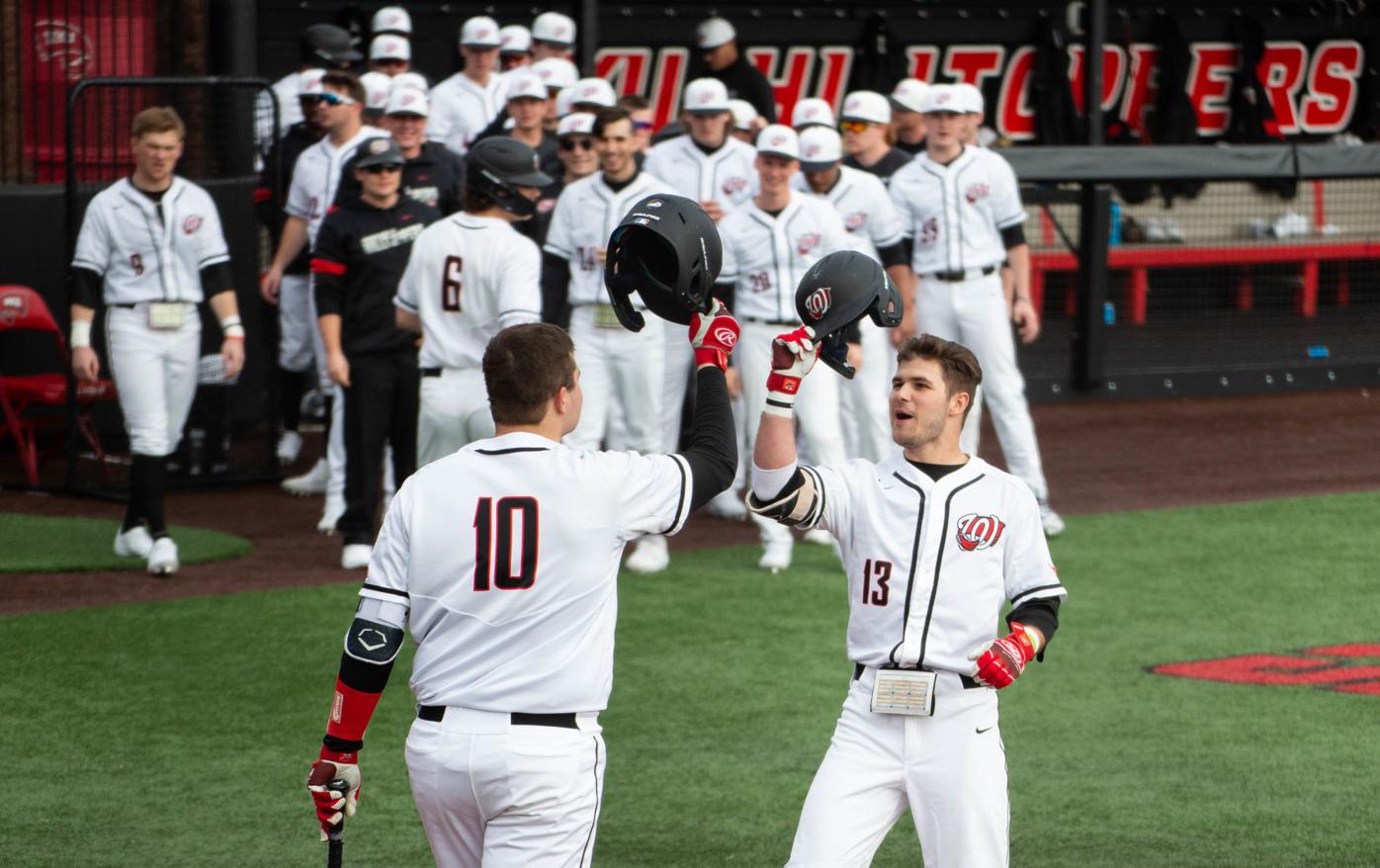 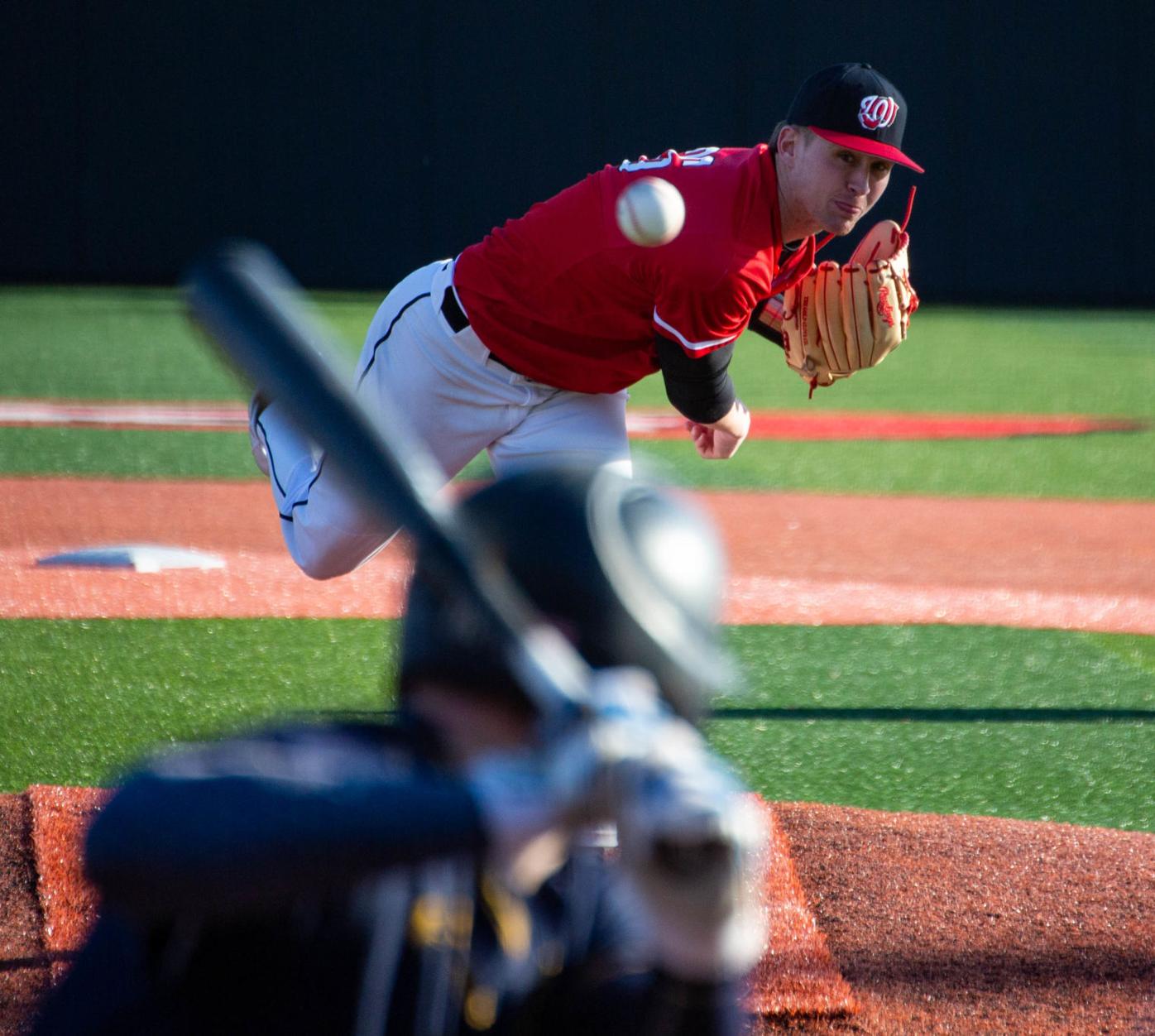 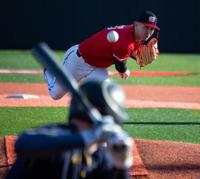 While it might not look like baseball season with the winter weather around Western Kentucky’s campus recently, the Hilltoppers’ season is nearing its start.

WKU is scheduled to open the spring with a three-game series against North Dakota State at Nick Denes Field starting Friday, with hopes that an experienced group can help lead the team to a Conference USA championship.

“It’s been a long time coming,” WKU sixth-year head coach John Pawlowski said. “Last year we were on the bus going to UAB for our first conference series and had to get off the highway, turn around and come back. Little did we know the rest of the season would be canceled, summer ball would be canceled. We practiced some in the fall – we had to shut down at a couple points – but it can’t be here soon enough for this group, these guys and for all of college baseball.

“We all miss the game that we love playing, and I know our student-athletes are really excited about it. You can tell college baseball is here because obviously when the weather turns cold, you know it’s here.”

WKU is coming off a 10-6 season that was shortened due to the COVID-19 pandemic. The Hilltoppers’ final game was a 10-4 loss at Kentucky on March 10, and the team was scheduled to open C-USA play with a series at UAB when the season came to a halt.

The Hilltoppers are bringing back 28 players – 12 position players and 16 pitchers – and lost 10, but have also brought in an eight-member freshman class and nine transfers. Seven seniors from last year’s squad returned with the NCAA’s blanket waiver for an additional year of eligibility.

“The one thing that you’ll notice with the landscape across college baseball is it’s an older group because a lot of those guys that were seniors last year decided to come back,” Pawlowski said. “I think you’re going to see a lot more parity across the board this year, and you’ll see, from an offensive standpoint, our team is experienced, high-level, guys that have been around for a while and I certainly think that’s going to play a part of what we’re doing.”

WKU finished the shortened 2020 season fourth in C-USA in batting average, hitting at a team .287 mark, which ranked behind only FIU, Old Dominion and Louisiana Tech.

The Hilltoppers return seven players that appeared in all 16 games last spring, and five of those players – catcher Matt Phipps, second baseman Jack Wilson, designated hitter Davis Sims and outfielders Jackson Swiney and Ray Zuberer III – all hit over .300, and first baseman Richard Constantine was just off that mark with a .296 average. Sims posted a team-high 19 RBIs, and he, Swiney and Zuberer each had three homers.

“We’re excited about it. We think we’ve got a great group of guys coming back, experienced, and then with the new guys we’ve added we should be a pretty strong team,” Wilson said.

“It feels great to be recognized by those accolades and be in that pool of guys, some of the great hitters around the NCAA,” Sims said. “I’m very happy to be a part of that. I hope I can do my best this year.”

The other returner to appear in all 16 of WKU’s games last season is shortstop Kevin Lambert, who recorded a .259 average with 10 RBIs and 13 runs scored. He shines in the field – he had a .987 fielding percentage last spring – and is expected to anchor the defense. Pawlowski says he believes Lambert is “the best defensive shortstop in our league.”

“The only goal I have is a team goal you could say – just to win the conference championship,” Lambert said. “It’s something I’ve always wanted, that we’ve always wanted as a team ever since stepping foot on this campus.”

Pawlowski didn’t have a starting pitcher named for opening day as of Friday’s media day, but liked the trio of right-handers in Michael Darrell-Hicks, Ryan O’Connell and Sean Bergeron – in no particular order – for the opening series against North Dakota State. Bergeron and Darrell-Hicks each started four games last season, with 2.59 and 4.82 ERAs, respectively.

O’Connell is a junior transfer from Alabama who spent the two seasons prior at Wabash Valley College. He appeared in four games for the Tide with a 0.00 ERA and seven strikeouts in 4.1 innings, but started 20 games at the junior college level.

“Just filling up the strike zone is the best thing,” Darrell-Hicks said. “That’s what coach P preaches to us, is fill it up and have a secondary pitch to throw for a strike.”

Pawloski says he likes Mason Vinyard, Jake Kates and Bailey Sutton to be on the mound in the back end of games to anchor the bullpen. Kates led the team with a 1.04 ERA, posting a team-high 29 strikeouts in 17.1 innings of relief work last season.

“The bullpen, we’ve got several guys that are back from last year with myself and Mason Vinyard and Riley Boyd and Collin Lollar, and then adding a new guy like Devyn Terbrak as well,” Kates said. “If you really think about it, it’s just like our whole team from last year basically back. A lot of guys we would have lost we now retain and then also kind of reloading and bringing in a lot of new guys, so I think we’re going to be strong this year.”

The Hilltoppers are aiming to do a better job closing out series this spring, after falling in the final contest in three of their four series last year after taking the first two games, including a 19-1 loss to Purdue before the loss to Kentucky, after WKU beat the Boilermakers the first two games.

WKU faces a challenging nonconference schedule to try to prepare for C-USA play as the program tries to win its first league title since 2009. After North Dakota State, WKU is slated to play at Vanderbilt, have series against Cincinnati and at Tulane and will then travel to Kentucky. The Hilltoppers also have a series against Bowling Green, a game against Bellarmine and a series against Valparaiso at home before traveling to Louisville for the nonconference finale.

“This is an older group, and we wanted to make sure every year we play a challenging nonconference schedule,” Pawlowski said. “This year, when I look at it, it’s by far our toughest challenges.

“ ... It’s a challenging schedule, but when our players saw it, they were excited about it. In order for us to do what we want to do in Conference USA, we have to play at a high level, and to do that you have to prepare against some of the best and I really like the challenges that our schedule presents to us.”

Friday’s season opener is scheduled to start at 3 p.m., with first pitch Saturday and Sunday both slated for 1 p.m.{&end}