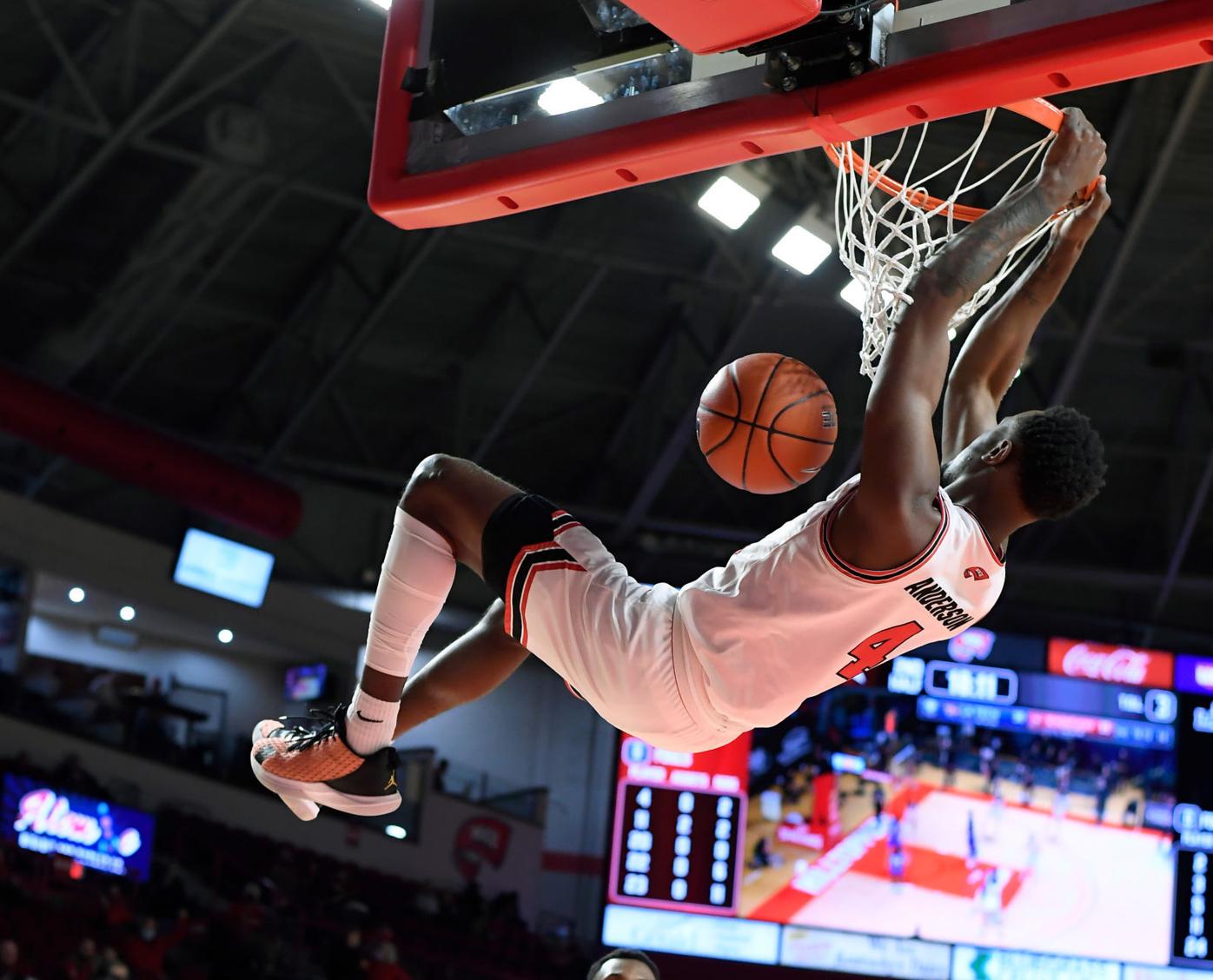 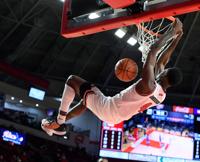 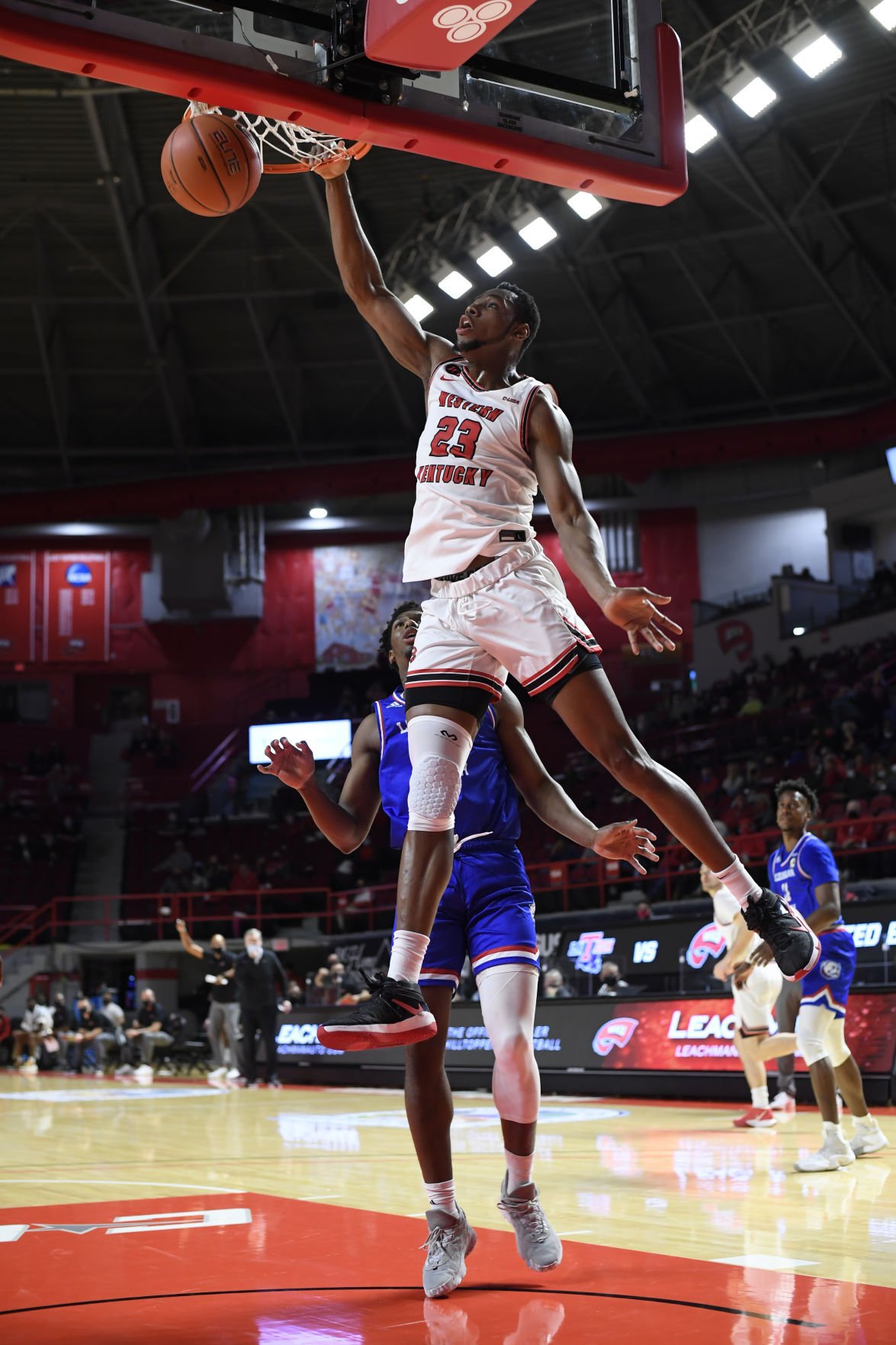 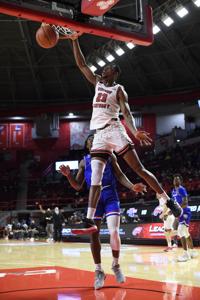 There was little question about Charles Bassey's health Friday night.

Western Kentucky's junior center had a double-double in the first half and finished with 24 points, 17 rebounds and four blocks as the Hilltoppers held on to beat Louisiana Tech 66-64 at E.A. Diddle Arena.

"I'm way back to it. I'm feeling way better now," Bassey said. "I've spent a lot of time in the training room this week. That's why you see me coming back better. Two times, three times a day. I'm trying to get back. I know the Charlotte game I was just getting back. I didn't practice with the team a lot because of my back and we went two or three days hard this week, so I came out here and just did what I'm supposed to do and we got the win."

Bassey had been battling back spasms stemming from taking an elbow in a win at Alabama on Dec. 19, and was held out of a Dec. 22 win over Tennessee Tech as a precautionary measure. He had limited practice leading up to last weekend's series at Charlotte -- which WKU (9-3 overall, 2-1 Conference USA) split -- but was back in full form Friday, posting a double-double with time to spare in the first half.

His biggest play came in the final minute. Taveion Hollingsworth made a layup to put WKU up 65-64 with 45 seconds left, and on Louisiana Tech's (8-4, 1-2) ensuing possession, Bassey came up with a big block on a shot attempt from Isaiah Crawford.

"Charles was a man in there tonight," WKU coach Rick Stansbury said. "Charles erased a lot of baskets, and offensively and defensively he's a guy that helped save us too."

It was a tough night for the Hilltoppers offensively, shooting just 36% from the field and going 2 for 17 from 3-point range, but getting to the line and rebounding allowed them to overcome the struggles. WKU outrebounded the Bulldogs 47-33 and went 24 for 31 from the free-throw line, including 22 attempts in the second half.

"We outrebounded them by a pretty wide margin and that was big, and also the free throw margin as well," WKU senior forward Carson Williams said. "I think those were the two key factors in the win tonight."

Behind Bassey were Josh Anderson with 12 points -- all of which came in the second half -- Taveion Hollingsworth with 11 and Carson Williams with 10 points and nine rebounds. It was Williams' first double-digit scoring game since a loss to West Virginia on Nov. 27. Point guard Kenny Cooper, who had started each game this season, did not play Friday. Stansbury said it was a "coach's decision" and that he was unsure of his status for Saturday's rematch.

Hollingsworth and Anderson each reached milestones in the win. Anderson became the 51st Hilltopper to hit the 1,000-point mark in his career, and Hollingsworth passed Courtney Lee to become the program's all-time leader in minutes played.

"Those guys have been good for us all three years, four years -- four years for Tay and three and a half for Josh, whatever it's been for him, too," Stansbury said. "They've been really good for us."

Crawford and Kalob Ledoux each had 14 points for Louisiana Tech, Andrew Gordon had 12 points and 10 rebounds off the bench and JaColby Pemberton had 12 points. The Hilltoppers attacked freshman forward Kenneth Lofton Jr. -- the Bulldogs' second-leading scorer entering the game -- early and got him into foul trouble. He was held scoreless.

All of Crawford's scoring came in the second half, and he had a string of 10 straight points for the Bulldogs during a 12-3 run that gave Louisiana Tech a lead in the second half after WKU had held the lead since the 14:06 mark in the first half and entered the break with a 31-28 advantage.

Louisiana Tech led by as many as six with 9:08 to play in the second half after a Ledoux 3-pointer, and five lead changes followed, the final of which came on Hollingsworth's layup.

The two teams are scheduled for the second meeting Saturday at 6 p.m. at E.A. Diddle Arena.