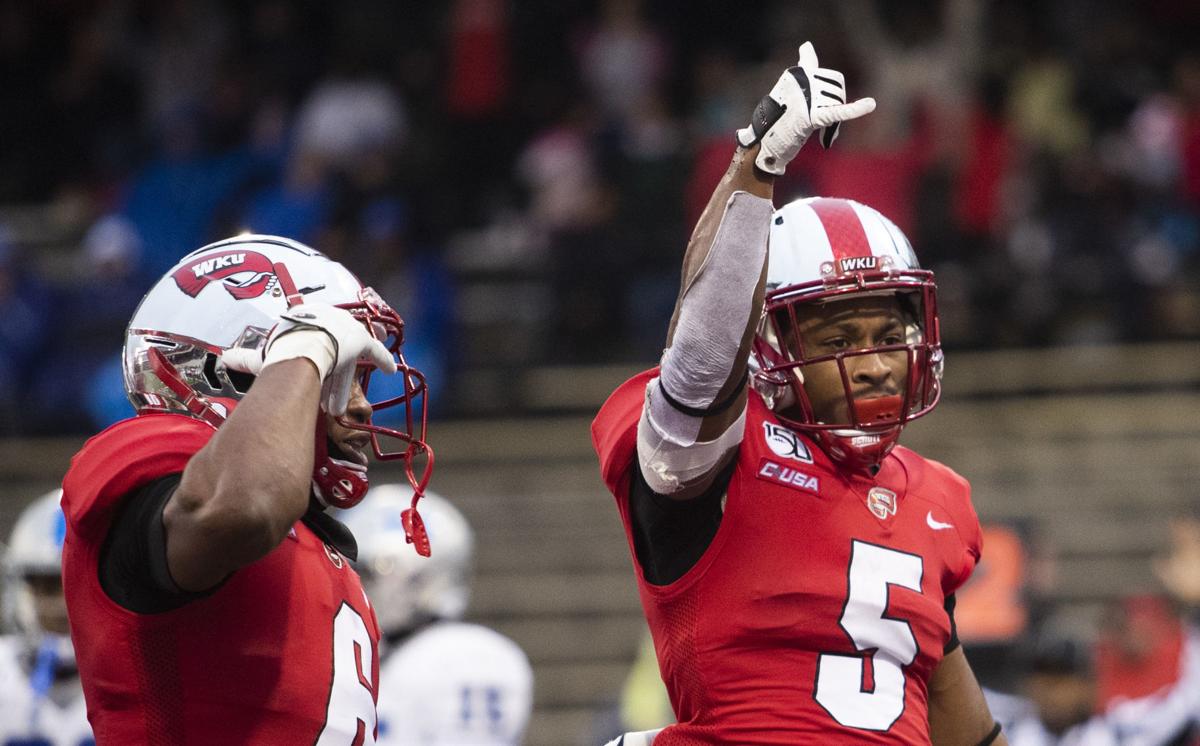 Western Kentucky running back Gaej Walker (right) celebrates after scoring a touchdown during WKU’s 31-26 win over Middle Tennessee on Nov. 30 at Houchens-Smith Stadium. 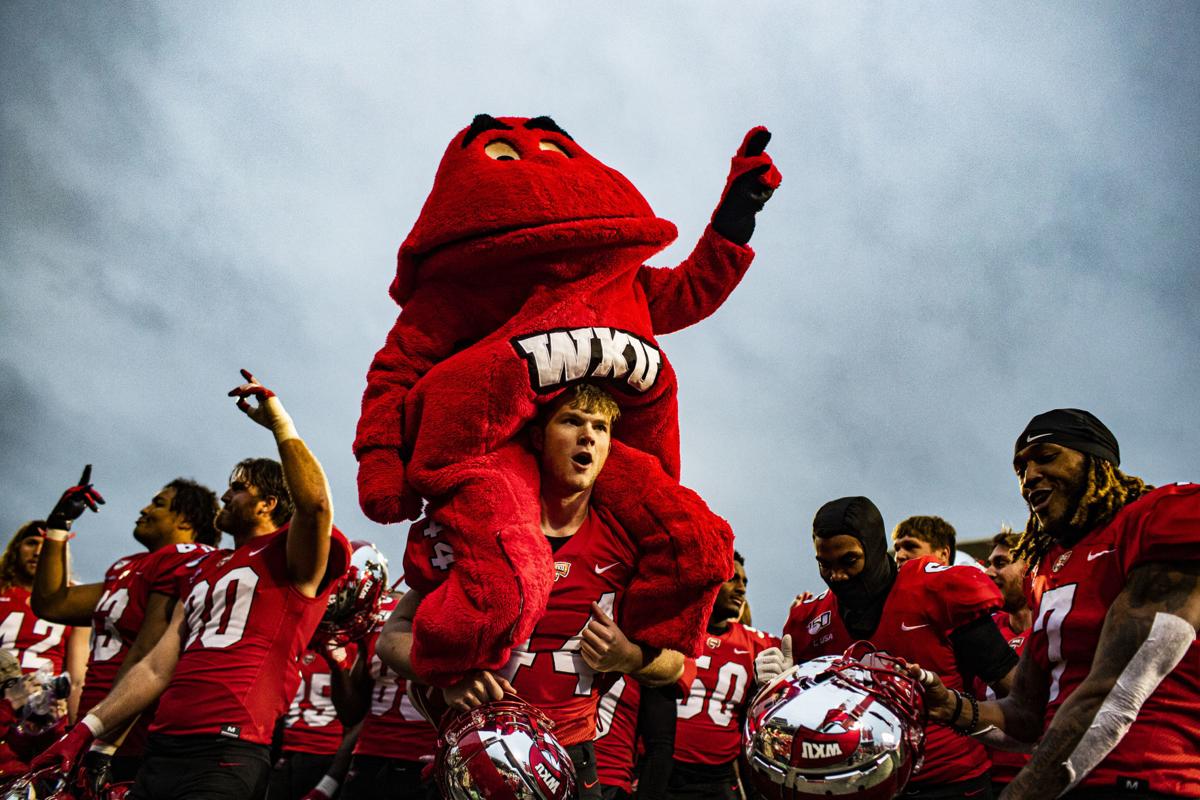 Western Kentucky running back Gaej Walker (right) celebrates after scoring a touchdown during WKU’s 31-26 win over Middle Tennessee on Nov. 30 at Houchens-Smith Stadium.

This time a year ago, Western Kentucky was sitting at home watching bowl games on television while the recently hired head coach was assembling his staff trying to make sure it didn’t happen again.

The Hilltoppers on Sunday accepted an invitation to play in the First Responders Bowl against Western Michigan on Dec. 30 in Dallas.

Kickoff from Gerald Ford Stadium in Dallas is set for 11:30 a.m. CST on ESPN on the campus of Southern Methodist University. One year after WKU went 3-9, Tyson Helton turned the Hilltoppers into an 8-4 team now playing in their sixth bowl game since 2012.

“A year ago, we were having very different conversations,” WKU athletic director Todd Stewart said during a news conference on Sunday. “To be sitting here today with an 8-4 record and still another game to go, I can’t say enough about the job Tyson Helton did this year – a phenomenal job turning things around.”

The Dallas area has become a common destination for WKU with the Conference USA Basketball Tournament held at The Star in Frisco, a suburb just north of Dallas.

WKU has the momentum of winning its last three games to close the regular season in Helton’s first season. The Hilltoppers, who locked up their postseason destiny with a seventh victory at Southern Miss on Nov. 23, were one of five teams in Conference USA to win eight or more games.

A bowl victory would triple the team’s win total from 2018.

“It’s what you play for, to try to get into a good bowl and it’s kind of your championship,” Helton said. “You have to view it with a championship mentality. It gives you momentum into the offseason going into spring football. So many things we’re playing for right now. It’s the last game for a lot of people and so when you add all that together, it’s an extremely important game and allows us to continue to take the necessary steps to keep our program moving forward to where we want it to go.”

The Hilltoppers are 3-11-1 all-time against Western Michigan and last met in 1947. WMU is led by running back LeVante Bellamy with 1,412 yards and 23 touchdowns. The senior is one of 10 semifinalists for the Doak Walker Award, given annually to the top running back in college football.

The Broncos of the Mid-American Conference went 7-5 this season and are 1-9 all-time in bowl games.

The Hilltoppers are 3-2 in bowl games since becoming an FBS member. WKU went four consecutive seasons with a bowl appearance from 2014-17, winning three straight under former coach Jeff Brohm.

Helton was the offensive coordinator for the 2014 and 2015 champions of the Bahamas Bowl and Miami Beach Bowl.

“It comes at a good time because we’re recruiting in Texas,” the native Texan Helton said. “Some of the high school kids and junior colleges, I was over in Texas last week and able to visit some of the schools over there. I think it’ll be an advantage for us to be able to market our program and put ourselves on a platform for those guys to see. It comes at a good time.”

WKU will start practice later this week and host recruits throughout the weeks leading up to the bowl game. Helton said the team will have a few days off for Christmas before leaving for Dallas on Dec. 27.

“The way this team has played and the conversations we’re having today versus a year ago, these guys deserve Hilltopper nation to be there,” Stewart said. “They’ve done a tremendous job all year long of rising to the occasion and, obviously, what’s great about our program is we’re not just about making bowl games, we’re making bowls and winning them. If we win this bowl game and the reality of that is we’d triple last season’s win total and finish with a bowl game.”{&end}