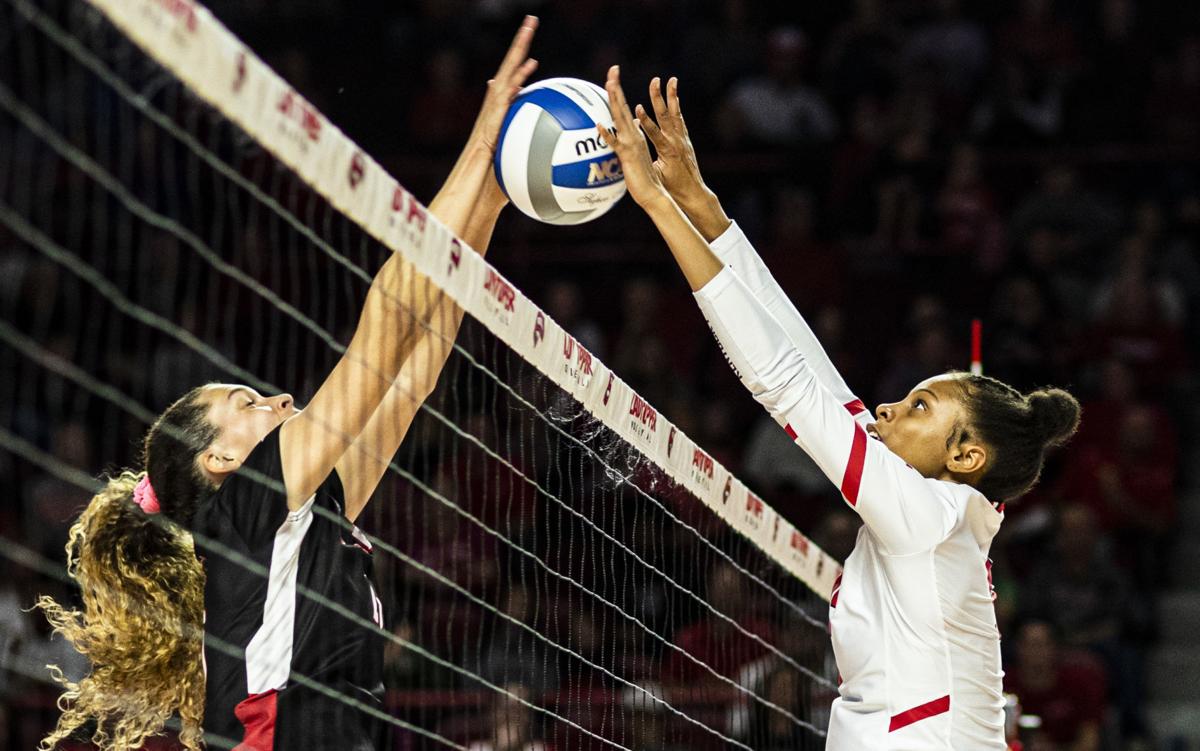 Western Kentucky middle hitter Lauren Matthews (right) hits the ball at the same time as Louisville’s Amaya Tillman during WKU’s 3-2 loss to the Cardinals on Friday in an NCAA Tournament second-round match at E.A. Diddle Arena. 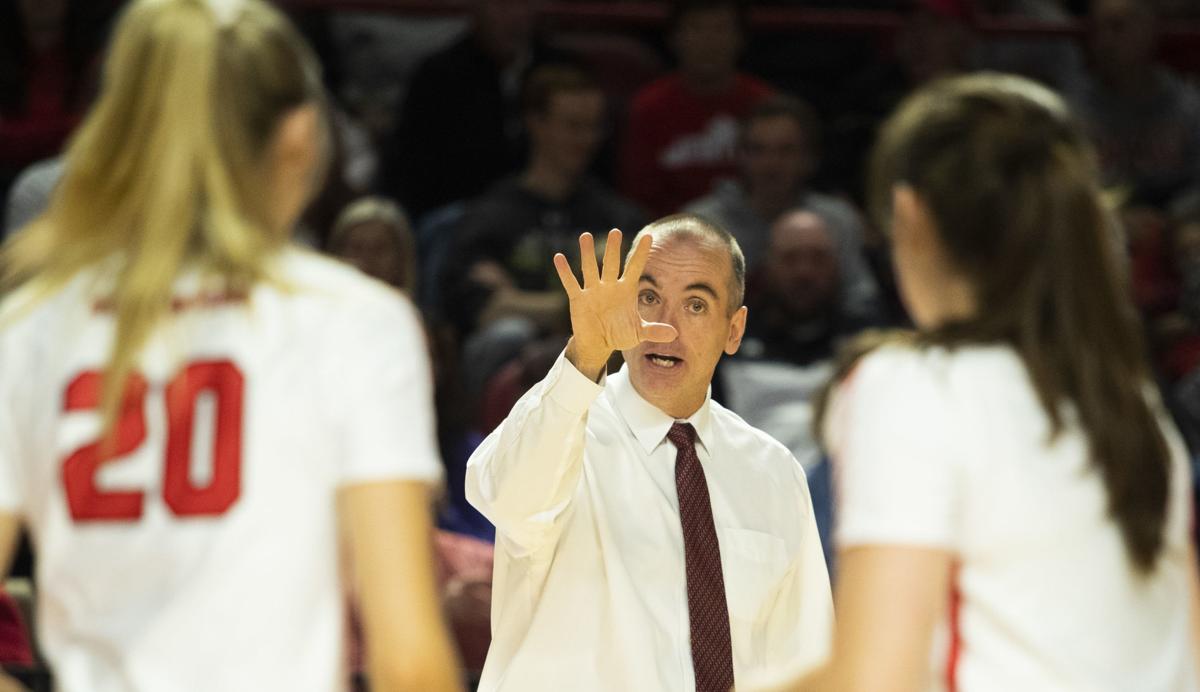 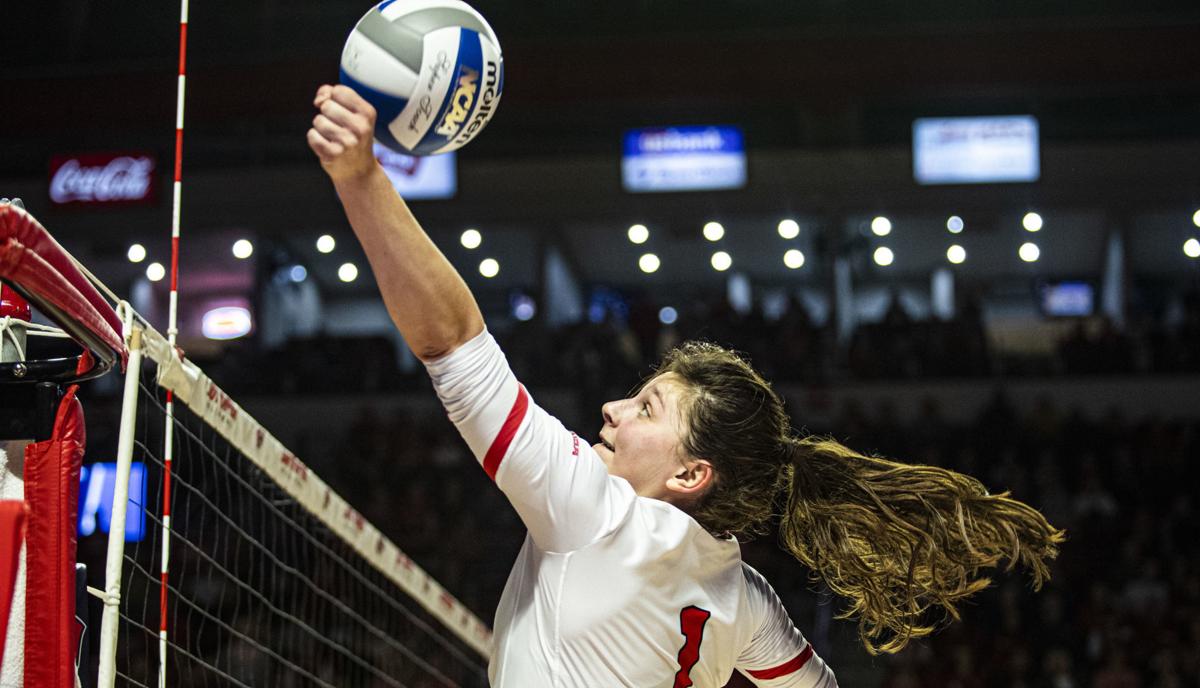 Western Kentucky outside hitter Paige Briggs keeps a ball inbounds during the Lady Toppers’ 3-2 loss to Louisville on Friday at E.A. Diddle Arena. 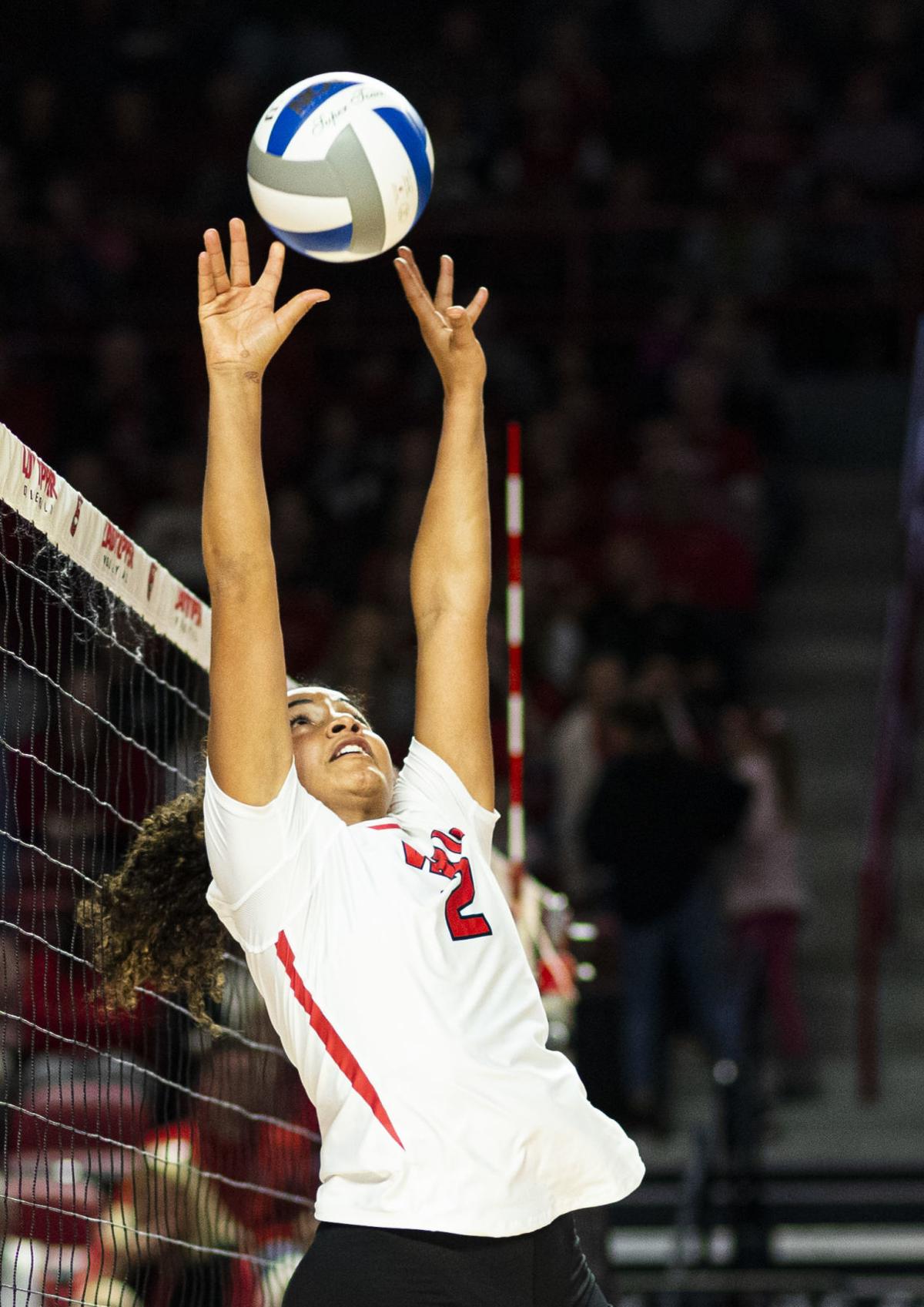 Western Kentucky middle hitter Lauren Matthews (right) hits the ball at the same time as Louisville’s Amaya Tillman during WKU’s 3-2 loss to the Cardinals on Friday in an NCAA Tournament second-round match at E.A. Diddle Arena.

Western Kentucky outside hitter Paige Briggs keeps a ball inbounds during the Lady Toppers’ 3-2 loss to Louisville on Friday at E.A. Diddle Arena.

“What a really nice ending to a really special season,” Hudson said in a news release. “Paige, Nadia and Lauren are certainly deserving with the seasons they put up. I think this is another statement to the overall accomplishments of this group from top to bottom and I’m really proud to see our program recognized at this level.”

WKU is just the fourth team to sweep all three All-Region superlatives. Kentucky accomplished the feat in 2017 while BYU and Minnesota did so in 2018.

“The firsts just seem to keep coming with this group,” Hudson said. “I will just reiterate what I’ve said many times, the success of this group has not been accidental. They worked incredibly hard and purposeful in becoming who they’ve become, both Paige and Lauren as individuals, as well as our team as a whole. They make me proud to be the head coach of such a together, hard-working group of kids.”

Hudson collected the AVCA South Region Coach of the Year for the sixth time of his career. After earning C-USA’s Coach of the Year nod as well, he now owns eight conference Coach of the Year laurels across his 25 seasons at the helm. After the team was predicted to finish third in the league’s preseason poll, Hudson led WKU to a 28-1 regular-season record and perfect 14-0 record in C-USA contests as the Lady Tops won their fifth championship in six years. WKU closed the year with a .941 winning percentage, the best in program history.

Hudson and his squad hosted its first-ever NCAA Tournament matches, earning the No. 15 national seed. A few days later, Diddle Arena filled to record crowds of over 4,000 on Thursday and over 5,000 in attendance Friday.

“I’ve said it many times and I’ll say it again, I’m just so appreciative to our players for the ride that they took me on this year,” Hudson said. “I can sit back and recognize what an unbelievable accomplishment this season was on so many levels but when that many good things happen across the board, it’s certainly a testament to each and every kid in that locker room as well as every coach and person on our staff and I just happen to be the point person of all of that. It’s something that I hope that everyone throughout our program takes a lot of pride in because that’s certainly how it got accomplished.”

Hudson’s 2019 team was also his first unit that did not contain an All-American since the 2009 campaign.

An Ortonville, Mich., native, Briggs won four of the final five honors for C-USA Freshman of the Week. She posted 14 double-double performances across the season and started all 118 sets for the Lady Tops as a six-rotation player and racked up 388 kills and 344 digs across the season while working at a .281 hitting clip.

Also in her first season as a Lady Topper, junior setter Dieudonne racked up nine double-doubles for WKU including the rare 20-20 feat in her first-ever match at WKU. Throughout the regular season, she earned half of C-USA’s Setter of the Week awards with six honors. Dieudonne led the squad to a .301 hitting percentage on the season, which ranks second in all of NCAA. Dieudonne registered 1,296 assists along with 270 digs, 95 kills and 41 block assists – all of which are career highs for the junior.

Matthews was selected as both the AVCA South Region Player of the Year and Conference USA Player of the Year. The Indianapolis native spent nearly two months leading all of the NCAA in hitting percentage and ranks first with a .448 clip. Throughout the course of the season, Matthews earned four of the league’s Offensive Player of the Week honors in addition to setting WKU’s single-match hitting percentage record at .882. In league matches, Matthews worked at a .483 mark. The sophomore finished with 470 kills with 205 coming in C-USA matches. Matthews also tallied 139 blocks for a 1.18 blocks per set average this season.

Matthews joins Alyssa Cavanaugh as the only Lady Topper to earn Region Player of the Year recognition.{&end}

Hudson has 'heart full of gratitude' after memorable season