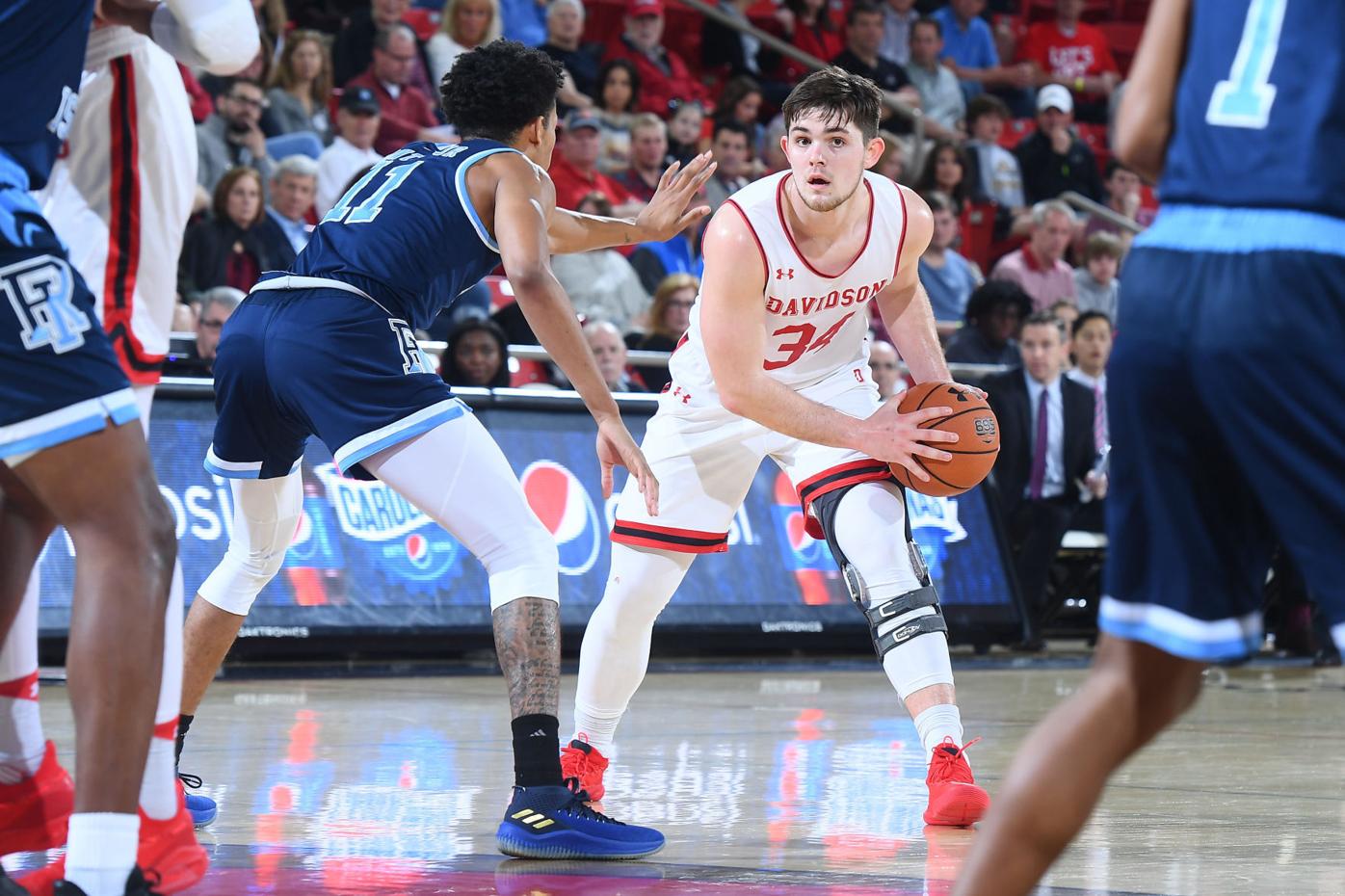 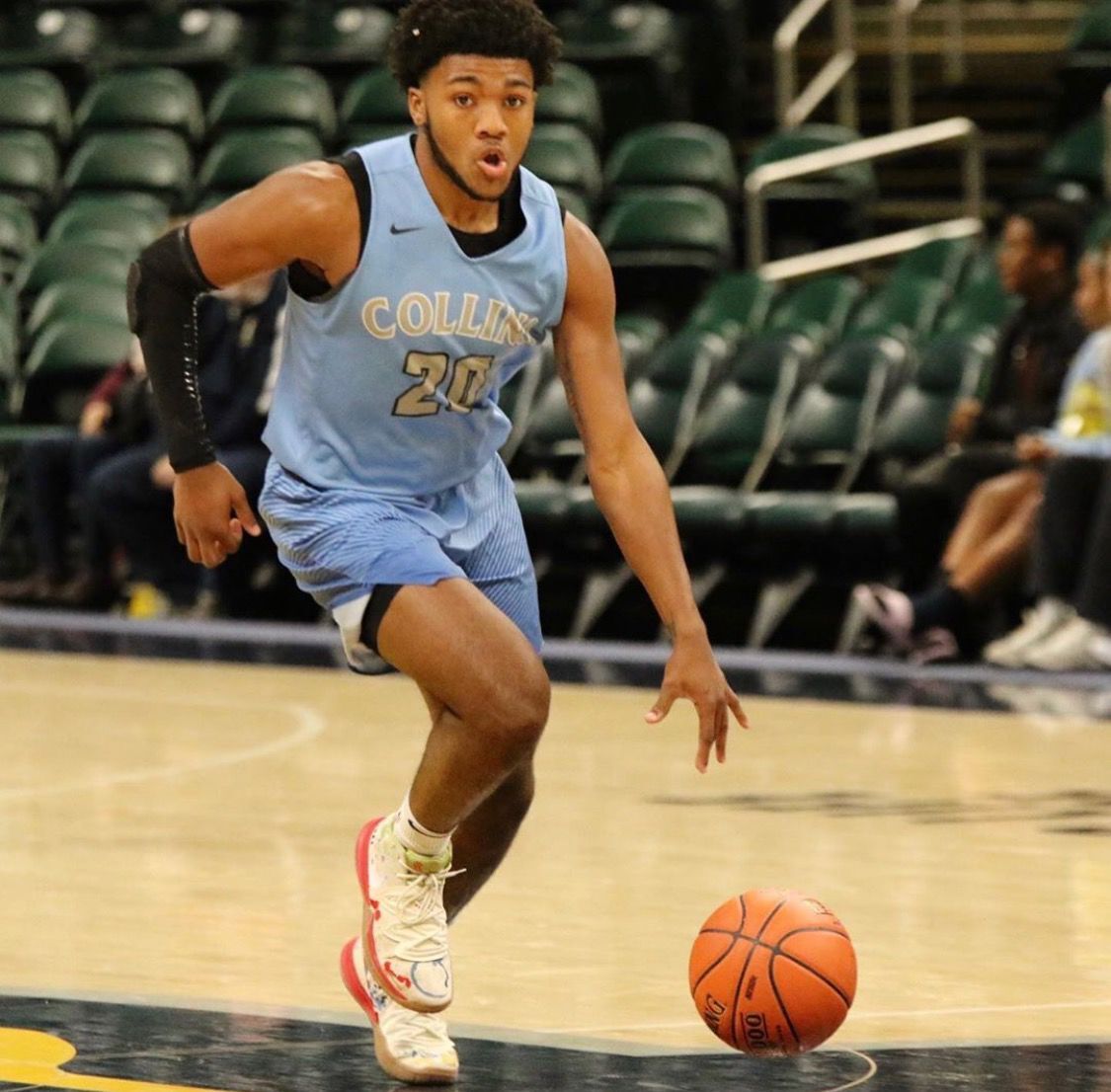 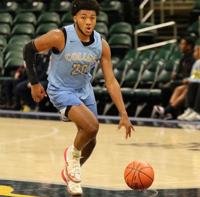 The Western Kentucky men’s basketball team brought plenty of experience back with it when the team returned to campus July 9 for workouts as part of the school’s COVID-19 athletic restart plan, but even with all the pieces the Hilltoppers have coming back, head coach Rick Stansbury had a need to address.

WKU returns 67 percent of its minutes played from last season’s 20-10 team, but loses Jared Savage and Camron Justice – the team’s leaders in 3-pointers made. Long-range shooting is an area Stansbury feels the team is improving on by landing Davidson transfer Luke Frampton this summer, and he’s just one of the newcomers the Hilltoppers’ coach is hopeful about.

“The one loss from last year’s team – we lost our two better shooters, best shooters,” Stansbury said in a Zoom conference with reporters Tuesday. “ ... They both led us in 3-pointers made, so it was important, even though we’ve got some guys back that can make some shots, it was important for us to find another piece out there that can make some shots.”

Frampton, a 6-foot-5 guard from Poca, W.Va., sat out his first year at Davidson due to a knee injury and followed it by averaging 10.3 points as a redshirt freshman in the 2018-19 season. He started every game that season and was 100 of 266 (37.6%) from 3-point range. He led the Atlantic 10 in 3-pointers made and 3-pointers per game (2.9), and his percentage improved to 42.3% from beyond the arc in league play. He also was just the second Davidson player to make at least 100 3-pointers in a season – the other is current NBA star Stephen Curry.

Frampton started and appeared in just five games in the 2019-20 season before taking a personal leave of absence. He averaged 9.8 points and shot better than 48 percent from 3-point range in his limited outings.

During his time at Davidson, he also averaged 3.2 rebounds and tallied 76 total assists against just 38 turnovers. With players returning that can get to the basket, and with star center Charles Bassey expected back after suffering a {span}tibial plateau fracture{/span} in a Dec. 7 win over Arkansas and missing the remainder of last season, Stansbury expects Frampton to be able to help the Hilltoppers spread the floor. Savage and Justice led that department last year, netting 115 of the team’s 212 made 3s.

“You can look at the stats and see (Frampton) shoot the basketball. He’s got good size at 6-5, but I think he brings a guy that can pass the basketball, a guy that’s got a high basketball IQ and he’ll bring some experience,” Stansbury said. “Like I said, he’s been through a good league and he’s made shots and when you look at the way our team’s put together, some guys get in that lane a little bit now and Charles back, we’ve got to have guys that can space that floor. I think he’s a guy that can really help us from that area.”

Frampton has been on Stansbury’s radar for quite some time, too. Stansbury showed interest in the sharpshooter while he was a three-time all-conference player at Poca High School, where he was also named all-state his junior year.

“Luke Frampton was a young man that we recruited out of high school. I remember seeing him the last weekend in July, over in South Carolina playing for Big Shoots – Jeff Schneider’s team – and that’s when I’m still trying to scramble and sign 10 guys and I couldn’t spend enough time getting in that thing. Some people had been in it for a long time and it seemed like in about two or three weeks after July was over, he commits to Davidson,” Stansbury said.

WKU currently has just four players doing workouts at a time and is not participating in any contact drills, but Stansbury has been impressed by the other newcomers, too.

The Hilltoppers also brought in Kevin Osawe, a junior college transfer from Vincennes University who was named an NJCAA Division I Third-Team All-American following his sophomore season, as well as incoming freshmen Dayvion McKnight and Kylen Milton. Stansbury said that in sprint testing conducted by director of strength and conditioning Duane Hall, those three have shown the best marks on a team that returns athleticism in guards like Taveion Hollingsworth, Josh Anderson and Jordan Rawls, plus Kenny Cooper, who had to sit out last season after transferring from Lipscomb.

“Those three guys (Osawe, McKnight and Milton) have shown more quickness than anybody we have,” Stansbury said. “You know we have Taveion, some guys – Cooper – that’s coming back that’s got some quickness. No question we’ve added some athleticism at all those spots and I think Kevin brings some toughness to this team.”

Vincennes team won the NJCAA national championship Osawe’s freshman year and he was named MVP of the national tournament. He was rated the No. 10 overall junior college prospect by JUCORecruiting.com when WKU announced his signing with the program. Vincennes coach Todd Franklin has a bachelor’s degree in history with a minor in athletic coaching from Western Kentucky, and his younger brother, Greg Franklin – the head women’s basketball coach at Chipola College – played at Austin Peay while Stansbury was an assistant there.

“He’s coming from a program where he’s been coached, a lot of structure, a lot of discipline, won a national championship his freshman year,” Stansbury said. “He was the MVP of that year, but I think the things he brings are this: he’s a high character young man, he brings a lot of toughness, he brings athleticism, quickness.”

Stansbury said McKnight – a Collins graduate and Kentucky’s most recent Mr. Basketball – has come in physically and mentally stronger than most freshmen and expects him to “hit the ground running.” WKU’s coach hadn’t been able to watch Milton, an Arkansas native who averaged 23 points last year in a post-grad season at CORE4 Academy in Atlanta, much for the last year, but said “in the two weeks, he’s probably been a guy we’ve been as pleased with or surprised with as anybody.”

“Y’all can see I like our team, I like our people,” Stansbury said. “Like I’ve said, we’ve had good people in the past, we’ve had good, high character guys, but one through 13, 15 – whatever it is – if you had to draw it up on paper, you couldn’t draw it up any better than what we have right here.”{&end}