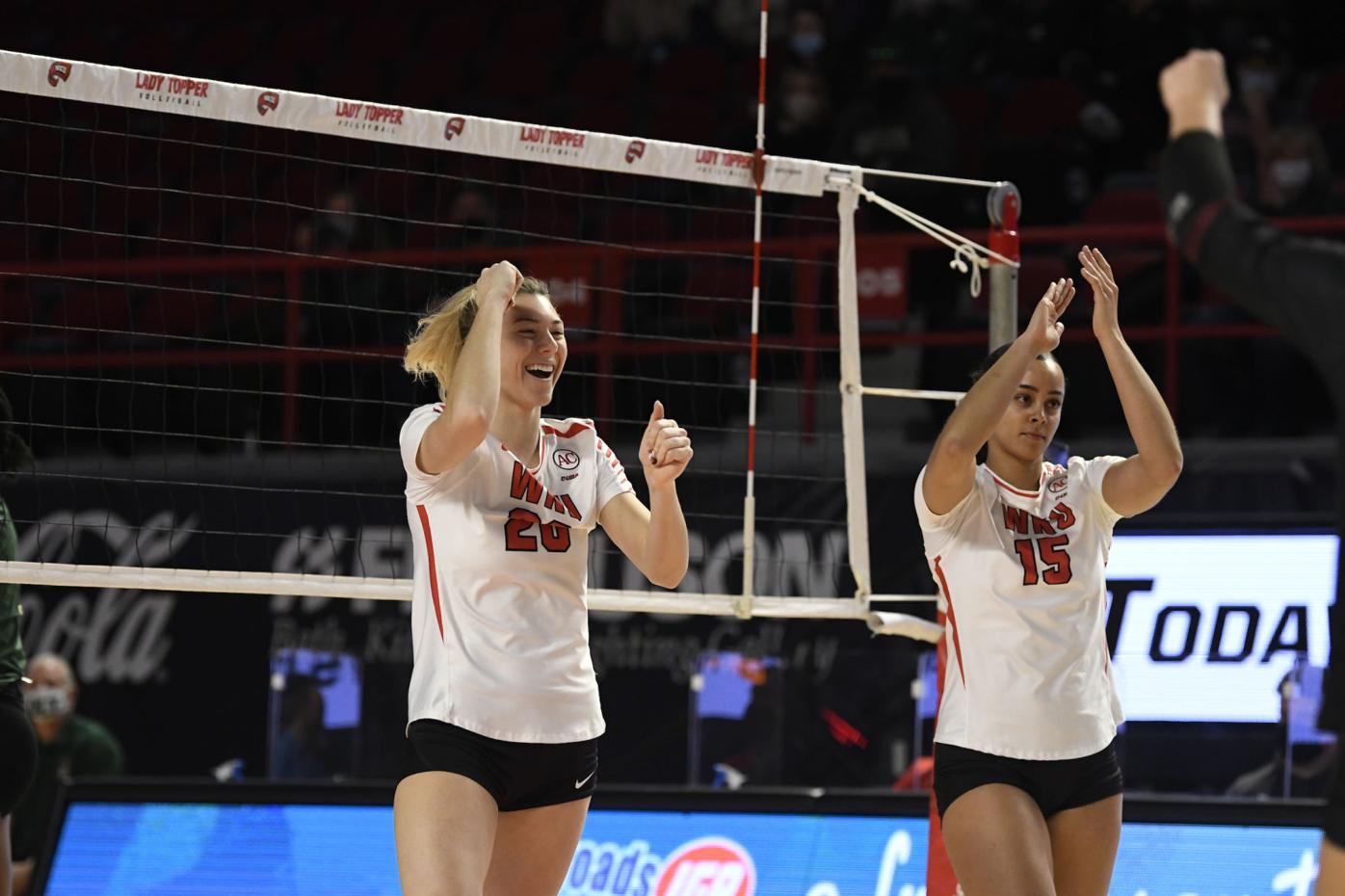 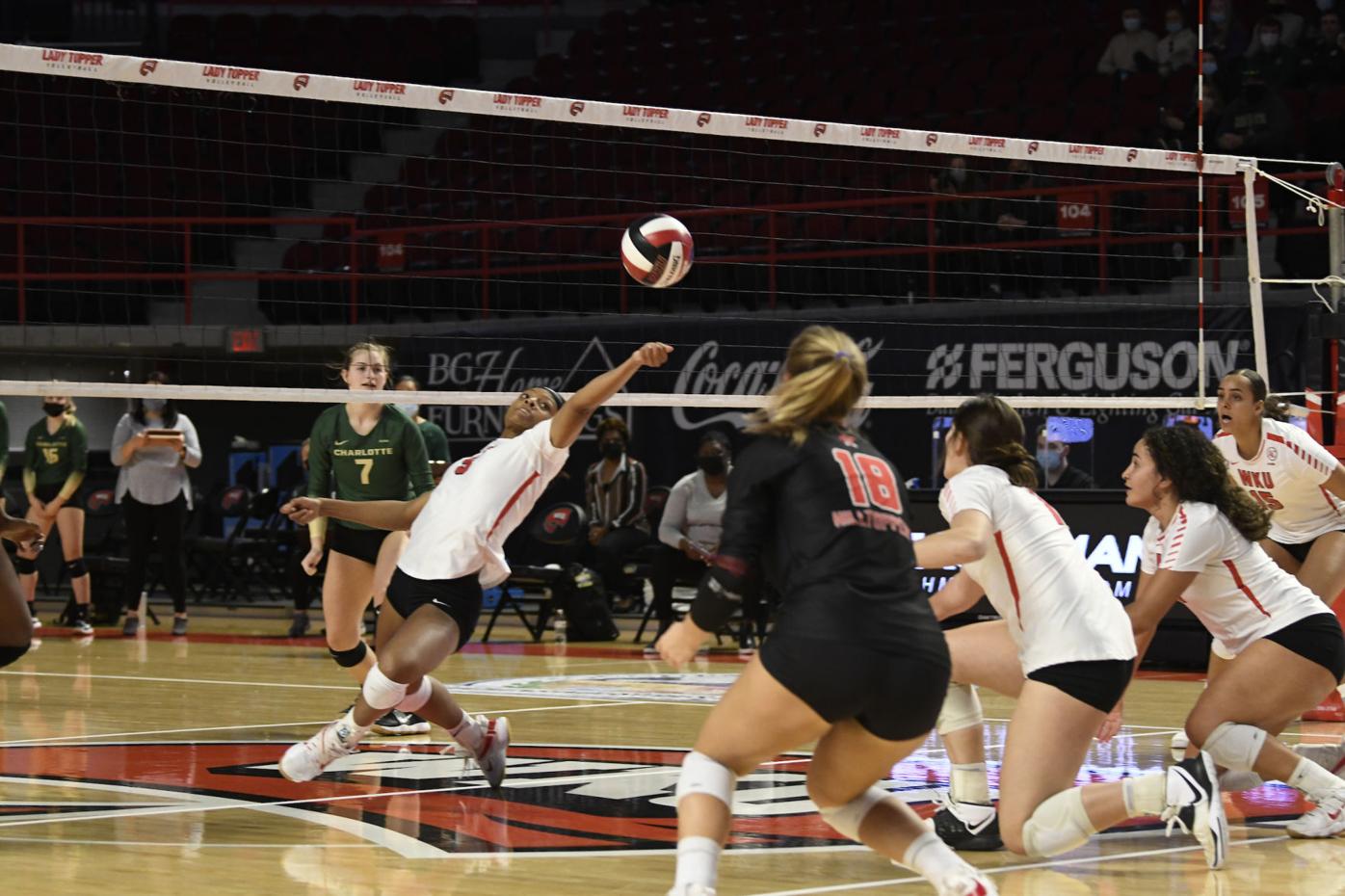 Western Kentucky's Lauren Matthews reaches out for a ball Sunday against Charlotte at E.A. Diddle Arena. 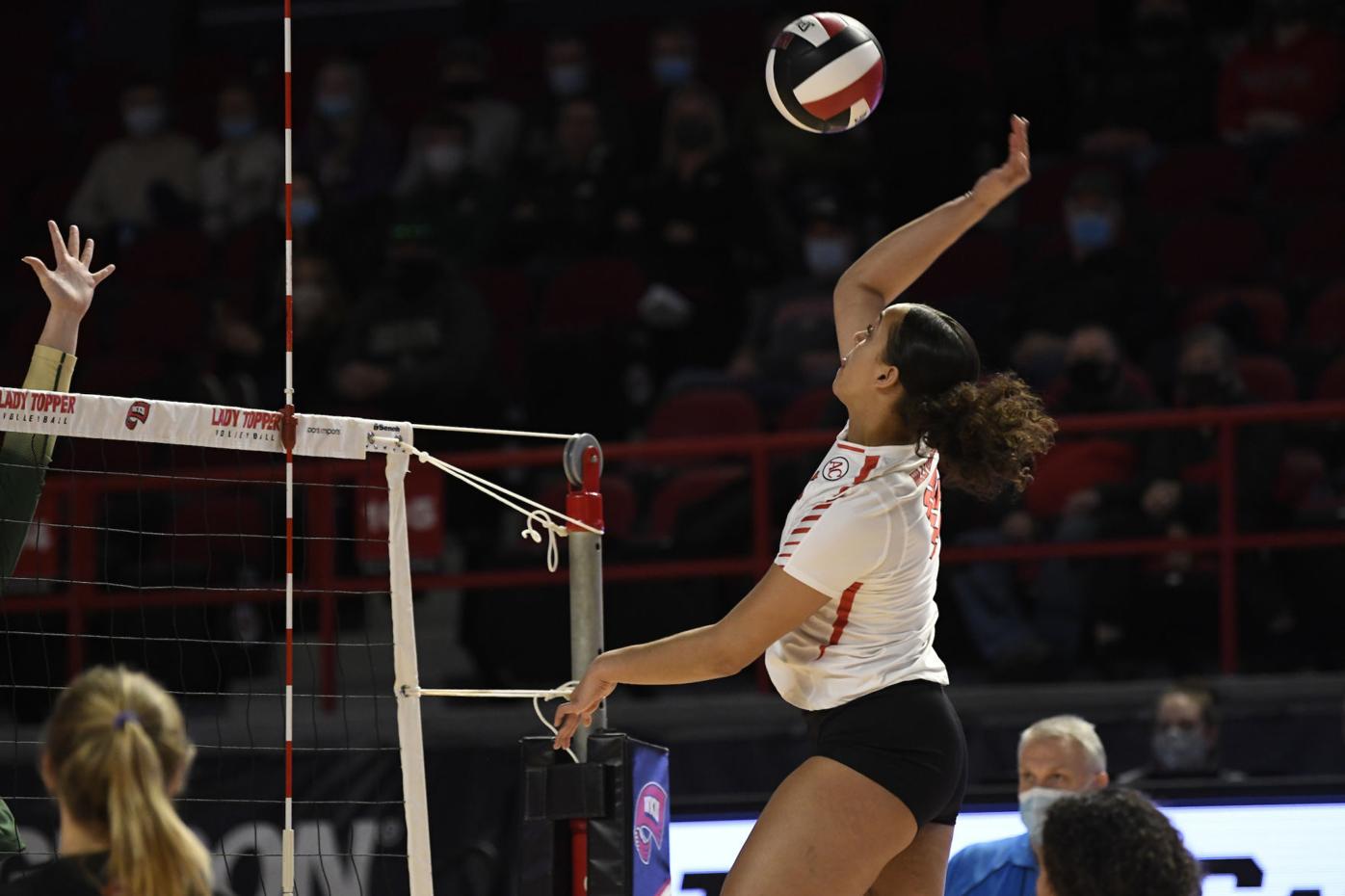 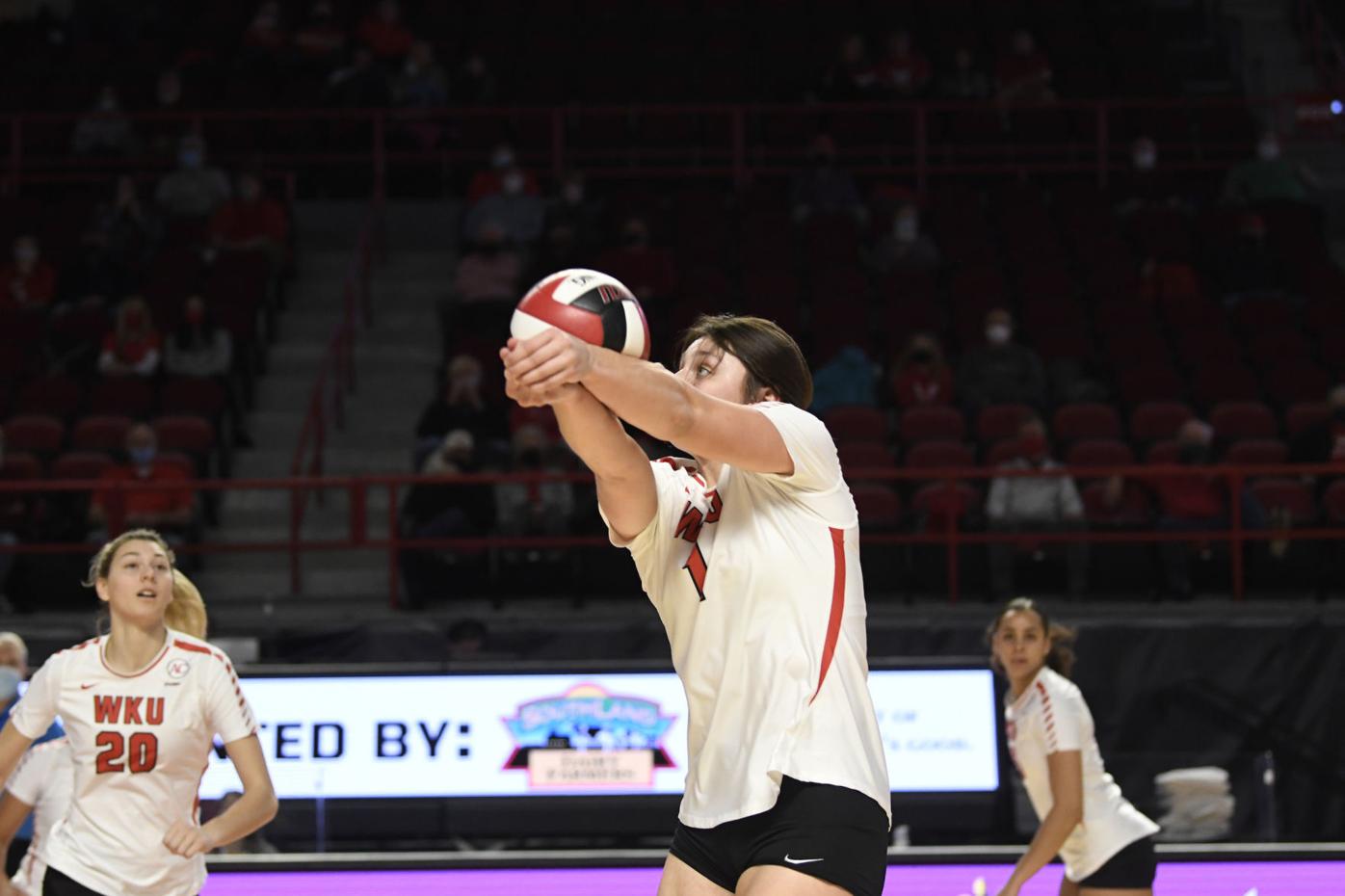 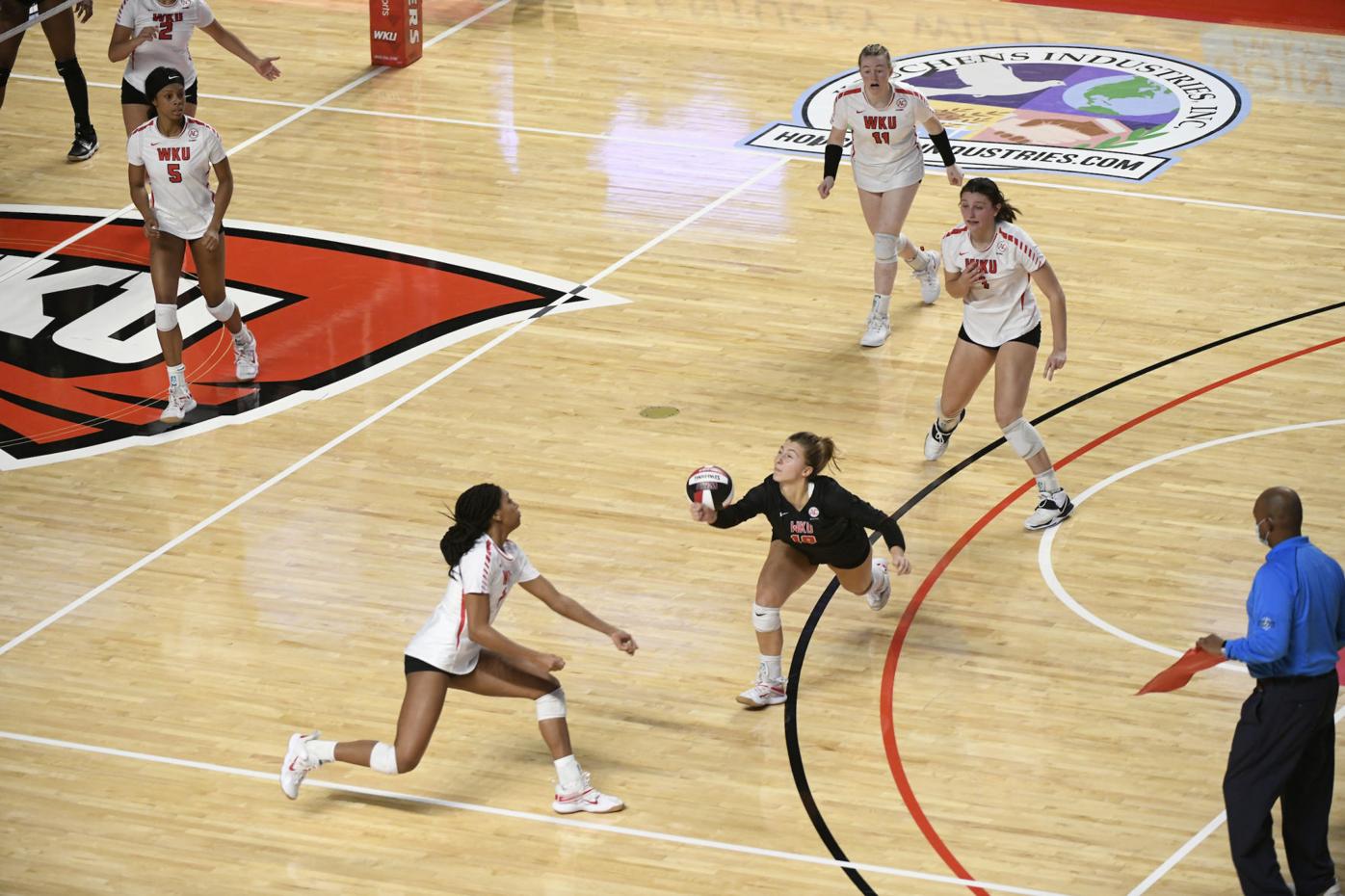 Western Kentucky's Lauren Matthews reaches out for a ball Sunday against Charlotte at E.A. Diddle Arena.

The No. 20 Western Kentucky volleyball team entered its weekend series against Charlotte expecting to face its biggest test yet this season, and the Lady Toppers passed part one.

“I think it was good for us,” Hudson said. “Because we weren’t really able to control our nonconference schedule in terms of who we played and stuff like that, we didn’t have a lot of nonconference challenges. Usually we play one of the toughest nonconference schedules in the country to give us these moments, and Charlotte was definitely that. I’m really, really proud of the way our team handled themselves.”

With the win, Hudson – who is in his 26th season as the team’s coach – moved to 650-215, and became just the 13th active Division I coach to reach the milestone. Sunday also marked the program’s 100th victory against Conference USA opponents since joining the league. WKU has only lost seven matches against C-USA teams during that stretch.

“It really honestly is just hard to believe,” Hudson said. “I’m just the ball coach here at Western Kentucky. I’m just trying to do the best job I can with our players every day and I’m not worried about people thinking I’m one of the best in the country or the best – none of that matters. If the players in my locker room feel good about me being their coach and they know that I love and care about them and I’m making them better players and making them better people, then that’s enough for me. I want to be the one person that does that more than I want to win 650 times on the court.”

WKU (8-0 overall, 3-0 C-USA) was coming off an unexpected week off after having last weekend’s scheduled series at Old Dominion postponed due to a positive COVID-19 result in the Lady Toppers’ Tier 1 testing group.

An extended break, coupled with Charlotte’s offensive pressure and mistakes, resulted in a slow start for the Lady Toppers. The 49ers (5-3, 3-2) jumped out to a 4-0 lead behind the serve of freshman standout Emani Foster, but WKU battled back and took a 9-8 lead with a kill from Avri Davis – who had four kills in the set – to cap off a 4-0 run.

“We gave away a bunch of points with things you should never give away points on – some miscommunication stuff, just simple stuff, some off blocker defense, just dropping and staying involved in the play instead of standing and watching when we were off the ball – so it was just a reminder that we were doing a lot of the big things reasonably well, but a lot of the little things were what were causing us to struggle,” Hudson said.

The two remained within two points of one another until WKU reeled off a 10-2 run late in the set to go up 23-17. Foster recorded a kill out of her team’s second timeout during the stretch, before the Lady Toppers eventually closed the set 25-18 with a kill from Paige Briggs and a Charlotte attack error.

“It was obviously a slow start for us,” WKU setter Nadia Dieudonne said. “ ... It was crazy because it was 8-9 at one point I believe, and we just felt like we were losing by so much more. I think that just points to our maturity and staying in it when we’re not doing things well and we don’t really know why, but we can still keep going on. I think as the match went on we made corrections and we tried to communicate as well as listen and that showed in how we did for the rest of the match.”

The second set provided even more of a test for WKU. After Briggs recorded back-to-back aces to put her team up 12-7 – she had three kills in the set before then – Charlotte rallied back to eventually even things at 22-all and forced Hudson to call a timeout. From there, Lauren Matthews recorded three of her eight kills in the set to help WKU take it 26-24 after the preseason C-USA Player of the Year struggled in the first set.

“I just took it as a personal challenge for me to do better,” Matthews said. “I was pretty disappointed with my performance (in the first set), and I know my teammates might not say it, but I know they’re thinking it, so I just had to do better.”

Matthews finished with a match-high 14 kills, which tied her previous season-high against UAB in the Nov. 7 opener. She hit at a .400 clip and added four blocks. Briggs hit .421 for the match, posted nine kills and had a team-high nine digs, while adding three aces. Davis and Kayland Jackson each had six kills for WKU, and Dieudonne had 34 assists.

The Lady Toppers held Charlotte to a .031 hitting percentage in the final set and, with the score even at 7-all, reeled off a 7-2 run to pull ahead 14-9. The 49ers were unable to draw any closer like in the second set, and WKU closed out the match with an ace from Logan Kael.

The two teams are scheduled to play the second match of the series at noon Monday at Diddle Arena.{&end}