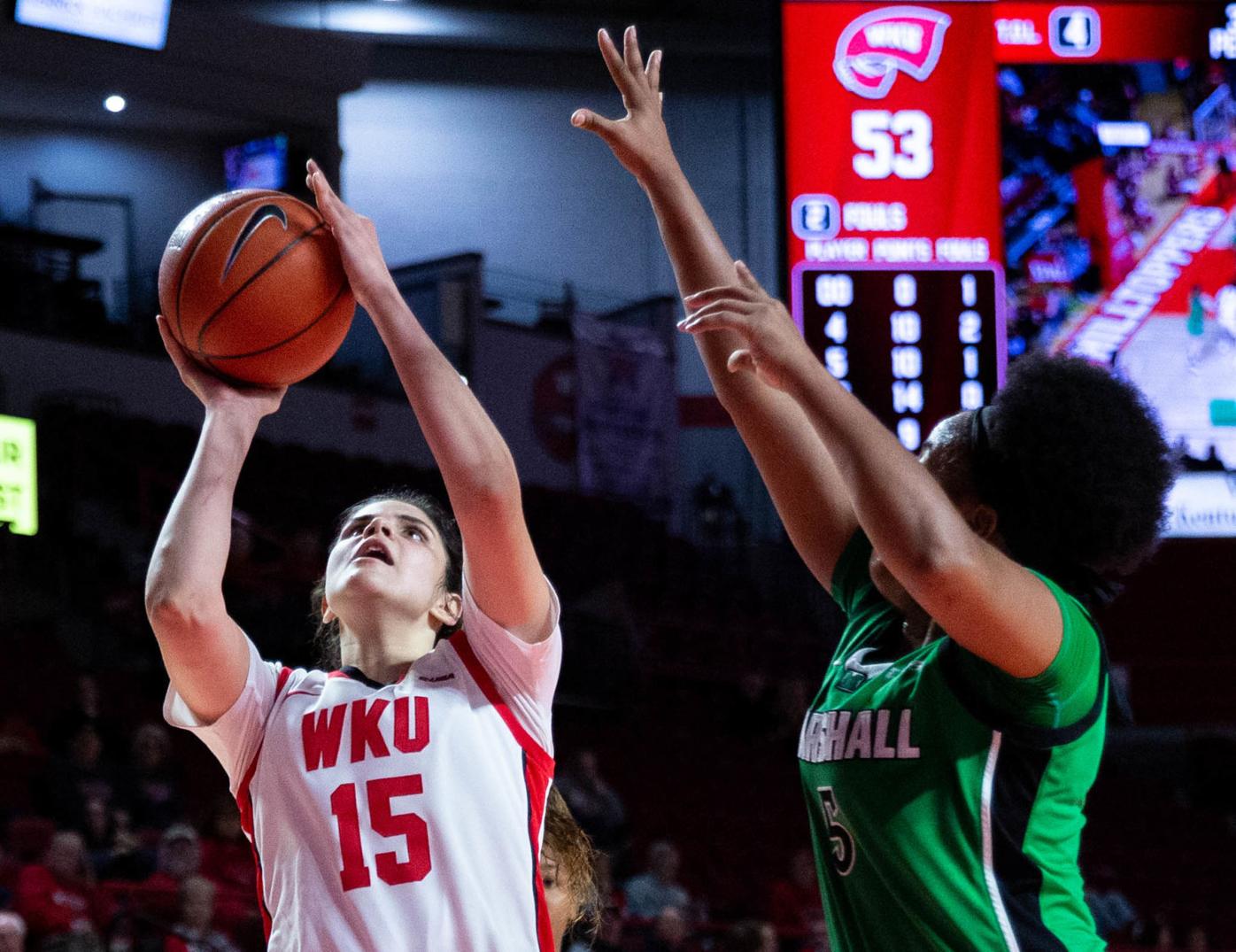 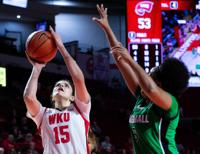 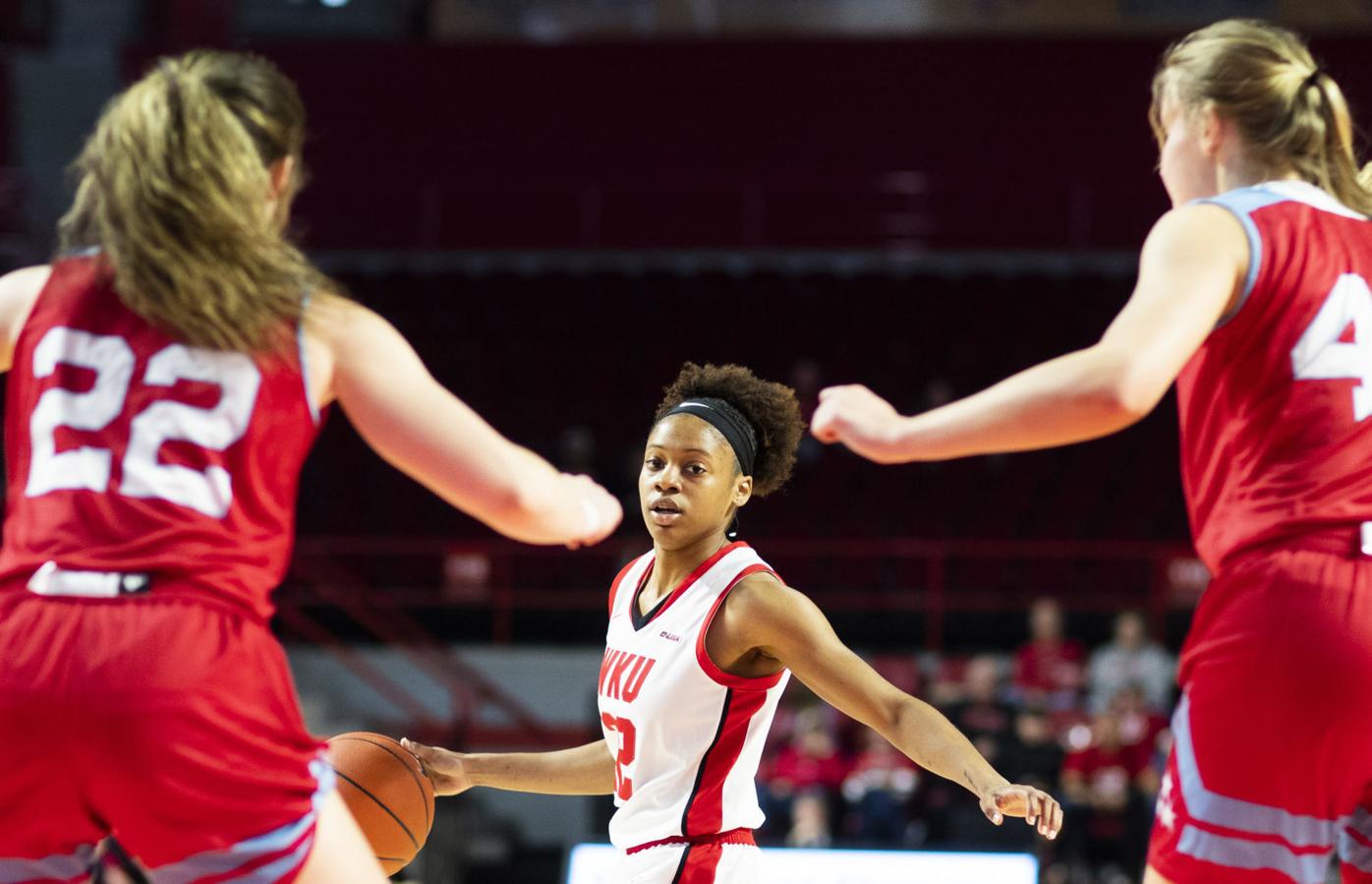 “At this point, Sherry Porter has, for concerns about the virus, decided to opt out, so she is completing her degree from home, staying with her family. For family reasons, Raneem is still with her family in Alexandria, Egypt, at this time,” Collins said. “We’re still wishing them both the best. They’re still a part of the team. Wishing the best for Raneem and her family and hopefully at some point in the future she’ll be able to rejoin the team.”

The 6-foot-4 Elgedawy’s status for the full season is not yet certain, according to Collins. He said he’s hopeful she’ll return at some point this season, “but for family reasons right now she’s not able to.”

Elgedawy is coming off an All-Conference USA First Team campaign where she recorded 17 double-doubles, which is tied for sixth-most in a single season by a Lady Topper and ranked 13th nationally in 2019-20. She was C-USA’s third-leading scorer at 17.6 points per game and the second-leading rebounder at 11 per game.

Porter, a 5-foot-7 guard from Baton Rouge, La., played in 23 games and started 19 last season. She missed six games due to an MCL injury. Porter, who Collins called the team’s “ball hawk” on defense, averaged 6.3 points and shot 34.7% from 3-point range. She also brought down 2.2 rebounds and dished out 1.6 assists per game as a junior.

“At this point, we’re excited about the players that are here. They’re working hard, they’re getting ready to play this season. That’s the focus,” Collins said. “We’re still supporting Raneem, just like we are Sherry in finishing her academic goals. At this point, we wish her the best where she is and continued health, and we’re working hard with the team and the girls that are here.”

With the graduation of Dee Givens, Whitney Creech and Alexis Brewer, the Lady Toppers are down to one regular starter from last year’s squad.

Junior Meral Abdelgawad returns for her junior season after averaging 8.3 points and 3.7 rebounds last season. The 5-foot-11 guard from Cairo, Egypt, scored in double figures 12 times, with six of those coming in the last nine games, and Collins said she’s been the strongest energy leader.

WKU also returns redshirt sophomore guard Myriah Haywood and senior Fatou Pouye, who both mainly saw time off the bench a season ago. Tori Hunter, who did not see action last season, also returns as a redshirt freshman.

“This group of girls works hard together, they hang out together, they do everything together and that’s a real positive. That’s going to show up at some point in wins,” Collins said. “Initially, I think there’s still some learning curve that we’re going to have to work our way through, but right now the team chemistry is really positive, the work ethic is strong. I’m really encouraged about their effort on both ends of the floor, especially the defensive end.”

Collins points to Collett and Kulo as new players that could be impactful early in their careers, and says there are others working hard as well. Collett is a 5-foot-7 guard out of South Laurel High School, where she finished her career as the program’s all-time leading scorer with over 2,600 points, and she is one of three girls in KHSAA history to record 1,000 career assists. She was named 13th Region Player of the Year the last two seasons.

Kulo is a 6-foot-4 forward who led Brookwood High School in Georgia to its first appearance in the state quarterfinals. Kulo averaged 2.7 blocks per game as a junior.

“I think the nature of being a young player, you can have really high highs, and you can have really low lows, and so it might be an up and down year for a lot of those players, but we’re going to keep working together and keep getting better each day,” Collins said. “I really expect, by the end of the season like all of the teams, they’ll be a lot better at the end of the season than we are at the beginning.”{&end}