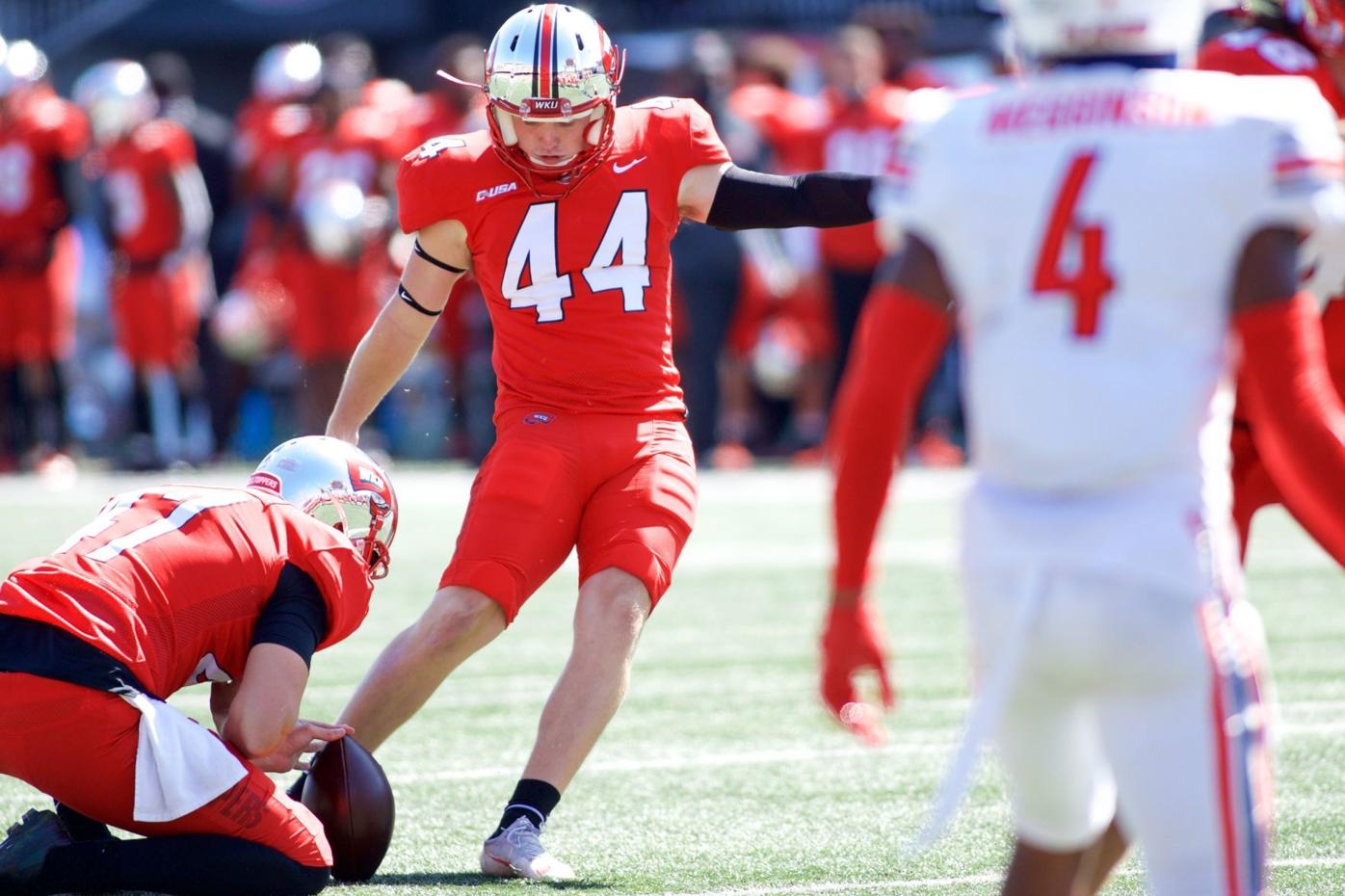 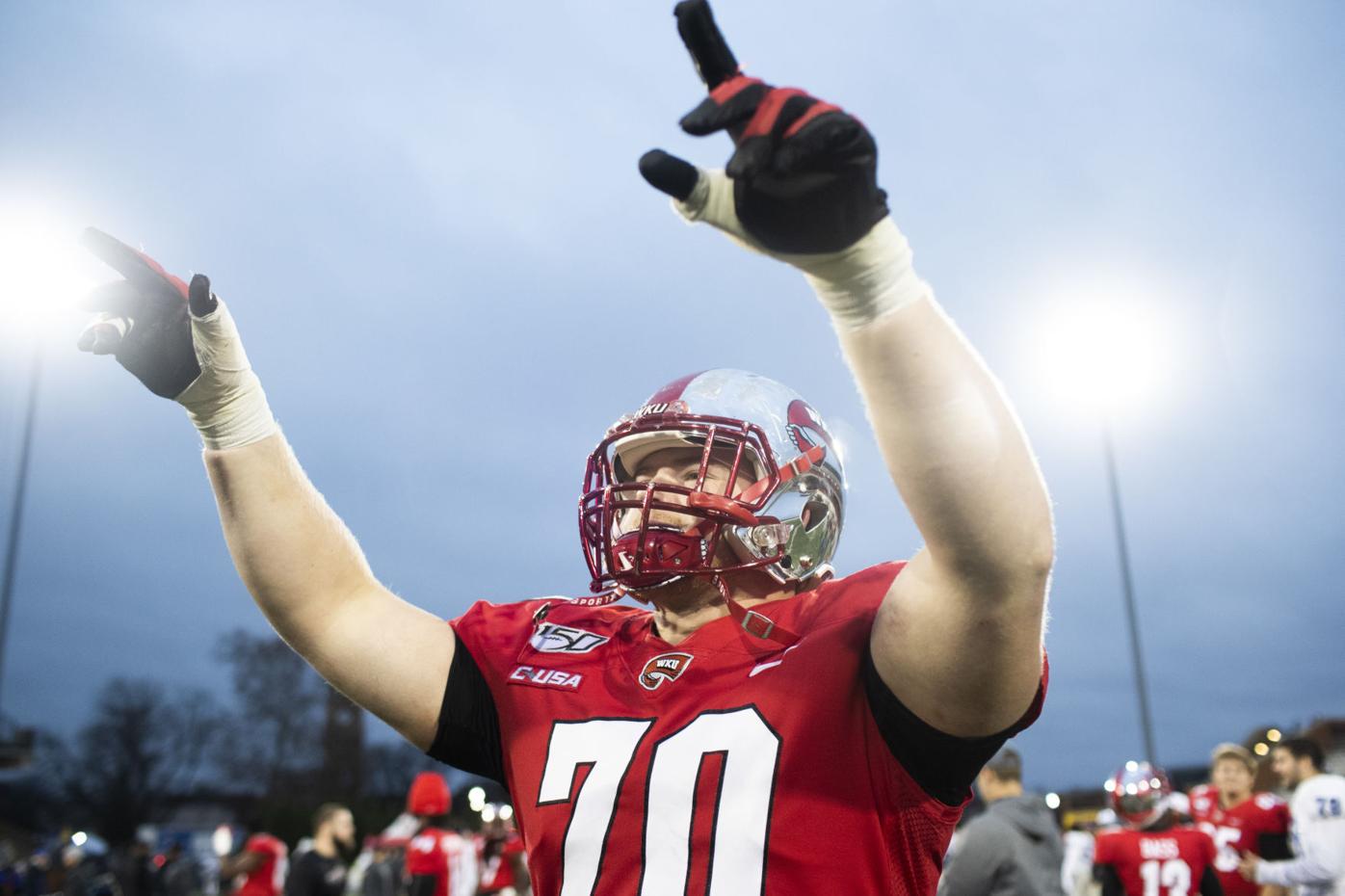 Spencer, a Louisville native, has started 31 games for the Hilltoppers at left tackle over the past four seasons, including 23 consecutively dating back to 2019. The redshirt junior has been a PFF College All-C-USA First-Team selection in back-to-back years, and was recognized by the league’s coaches as a 2020 Honorable Mention lineman.

Spencer has played 2,137 career snaps for the Hilltoppers, including 1,577 over the past two campaigns. With a 78.2 overall blocking rating in 2020, he ranked second among C-USA tackles, behind only teammate Mason Brooks’ 83.4. That followed a 2019 performance when he did not allow a sack or get called for a penalty all season while producing an overall blocking rating of 81.8, which led all C-USA tackles.

Narveson made 13-of-14 field-goal attempts and was a perfect 27-of-27 on extra-point tries in 2020. He scored 66 total points in 12 games and was named a PFF College Third Team All-American following the season. His 93% field goal mark tied for third among all FBS kickers and ranked second for a single season all-time in WKU history to Garrett Schwettman’s 15-of-16 (94%) performance in 2015. He was one of only 20 FBS kickers listed as a Lou Groza Award Semifinalist, the first Hilltopper to do so since Schwettman in 2015.

WKU’s 2021 season is set to begin Sept. 2, with kickoff against UT Martin at 7 p.m. at Houchens-Smith Stadium.

The Western Kentucky football team has added yet another transfer this offseason.

The 6-foot-3, 295-pound Innsbruck, Austria, native announced his entrance into the transfer portal June 13 via Twitter. He announced via Twitter on July 6 he was committed to the University of Louisiana Monroe but on July 13 announced he was decommitting from the Warhawks and committing to WKU.

“After re-considering my decision on where I am going to continue my academic and athletic career I want to announce that I decommit from ULM and that I am committed to Western Kentucky University!” Aronokhale wrote.

Aronokhale was listed as a redshirt freshman on Ohio University’s 2020 football roster and did not see any game action in two seasons with the program – the Bobcats played just three games in 2020. He moved to the United States for his junior year of high school, according to a biography on the Ohio University athletics website, and attended Linsly School in West Virginia. He was named outstanding lineman of the year and was the Block of Granite winner at Linsly School in 2018, and he earned all-Ohio Valley Athletic Conference first-team honors in 2017.

Aronokhale is the 23rd member of the transfer-heavy 2021 WKU signing class, and he is the fourth offensive lineman signed this offseason by the Hilltoppers, who have to replace three interior starters along the line in Jordan Meredith, Seth Joest and Tyler Witt.

WKU is scheduled to open the 2021 regular season at Houchens-Smith Stadium at 7 p.m. Sept. 2 against UT Martin.