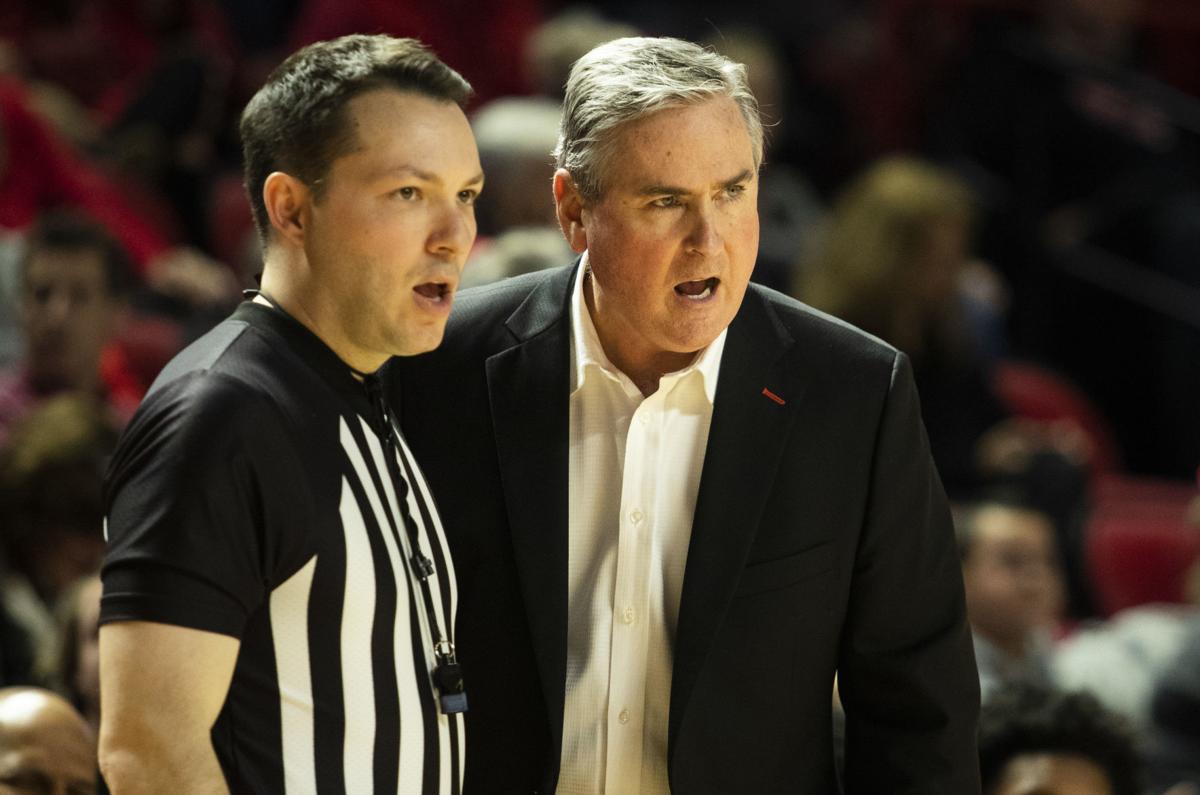 Western Kentucky head coach Rick Stansbury talks to a referee during WKU’s 68-61 win over Rice on Jan. 4 at E. A. Diddle Arena. 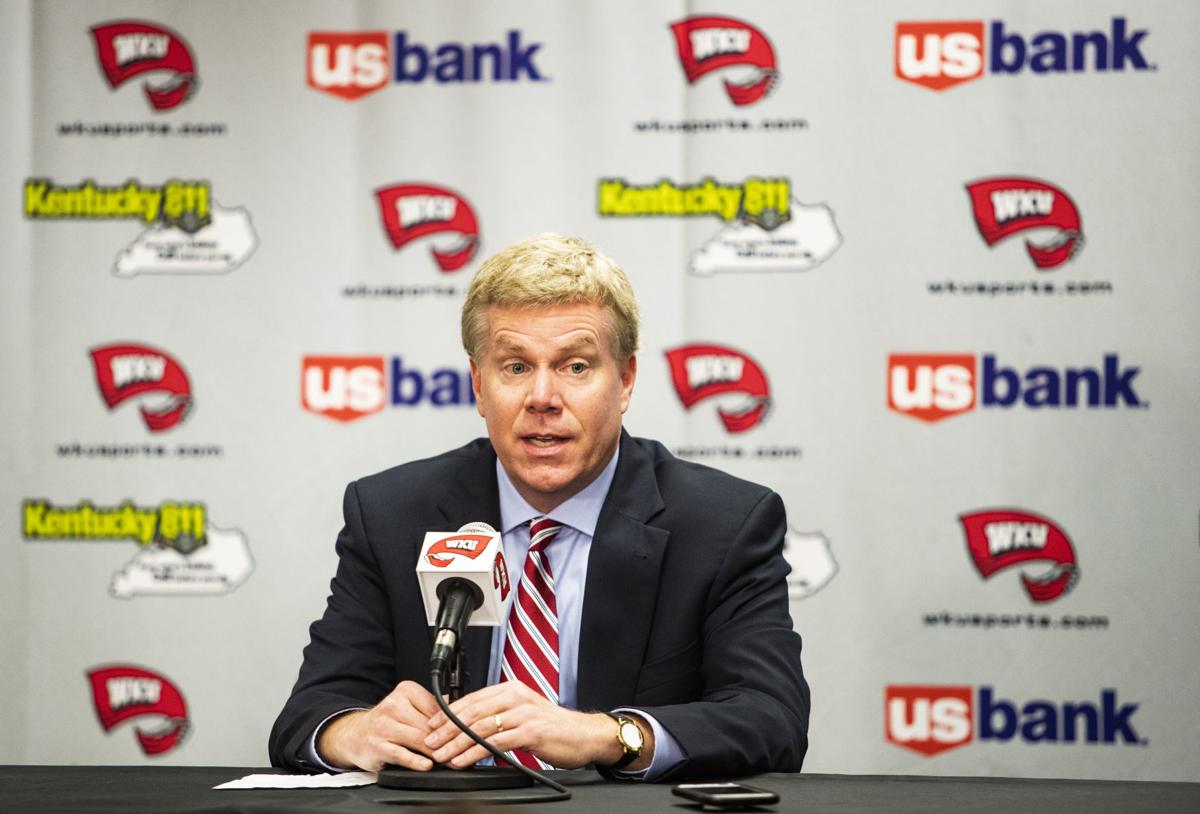 Western Kentucky head coach Rick Stansbury talks to a referee during WKU’s 68-61 win over Rice on Jan. 4 at E. A. Diddle Arena.

No referee will ever call a perfect game and good coaches and players will rarely place the outcome of a game by an official’s ruling. Mistakes happen and can be amended as long as accountability is enforced. Coaches answer for how they manage games and players answer for performances.

In WKU’s last two losses at Florida Atlantic and FIU, the Hilltoppers were on the losing end of calls that either didn’t go their way or were hurt by a mismanagement of the rules. Both calls are only magnified because of when they occurred in the final minute when the score difference is one possession. The Hilltoppers’ AD spoke to the Daily News about what he believes has become an unfortunate trend of negligence to rules and lack of accountability for officials.

“Our officials as a whole, they do a good job and get it right most of the time,” Stewart said. “They’re in a tough business where when they do it right, nobody talks about it, but when they get it wrong, it’s a big deal. I think on this past road trip, they got it wrong. They got it wrong at the end of two straight games and it cost us.”

WKU (14-8 overall, 7-3 C-USA) lost 69-65 at Florida Atlantic on Thursday where a late call went from the Hilltoppers believing they had one more chance at a tying shot to a sudden flip of possession after officials reviewed a replay.

Trailing by two with 6.9 seconds left, WKU’s Taveion Hollingsworth drove the lane and went up for a layup, but lost possession of the ball when he made hard contact with Cornelius Taylor, which knocked him to the floor. Officials stopped the clock and WKU called a timeout to draw up an offensive play. Stansbury thought officials were checking the monitor for the correct time on the clock, but instead they ruled the ball went out last on Hollingsworth – not recognizing the foul – and possession was flipped back to FAU, and the Owls hit free throws to put it away.

But the call at FIU two days later is where Stewart is drawing the line.

With 43.1 seconds left in regulation and WKU trailing by two, FIU inbounded the ball and didn’t cross midcourt within 10 seconds. Not only did officials wrongly grant a timeout called from the bench before a player crossed midcourt, but the ball was being passed through the air when the referee called timeout.

The clock read 32.9 seconds when play resumed, an extra second was added to the shot clock and FIU inbounded the ball after the timeout in the backcourt, which served as clear admission the ball never crossed the halfcourt line.

“Over the course of a 40-minute game, there’s going to be some calls that don’t go your way and they’re going to get magnified when it comes down to a one-possession game,” WKU coach Rick Stansbury said after Saturday’s loss. “We had a 10-second count in the first half just like there’s. The ball was in the air but we got a call. That didn’t beat us. We had an opportunity still.”

Stewart’s frustrations lie with the negligence of rules.

“A one-possession game in the last 45 seconds, it’s been well talked but the FIU game, you call a 10-second violation and then you inbound the ball and 10.2 seconds have run off the clock and you inbound the ball in the backcourt, that’s almost a total admission that it was a 10-second violation, except FIU kept the ball. We’d like to get an explanation on that one and I’m sure we will. I just think we need accountability across the board because these games are important.”

WKU’s two losses dropped them one game out of first-place in the C-USA standings ahead of hosting Louisiana Tech on Thursday night at 8 p.m. The Bulldogs are tied with North Texas atop the standings and a Hilltopper victory would give them the tiebreaker for first over LA Tech and the Mean Green.

“We shouldn’t be in that position anyway,” Savage said. “If we play the way we’re supposed to play, it shouldn’t be in the ref’s hands. We have to do a better job getting a lead late like that so the refs can’t play a role in it.”

This isn’t the first time WKU has been vocal with concerns on the officiating in C-USA this season. WKU women’s basketball coach Greg Collins aired his grievance on the radio after the Lady Toppers’ loss at Rice on Jan. 4. His issue was the imbalance of fouls called for the home team. Rice was 26-of-36 from the foul line and WKU was 10-of-14 in a game decided by eight points.

“I’m really sick and tired of the officiating in this conference being so unbalanced toward the home team,” Collins said. “Every time we travel some place, it’s drastically unbalanced for the home team. … The officiating has got to be more consistent, whether it’s on the road or at home for both ends of the floor, and we’re going to clip this and we’ll make sure attention is brought to it.”

Stewart said the majority of officiating discussions among all C-USA sports occur in the spring meetings. He hopes more attention is given to that need when athletic directors meet with the league office in a few months.

“Curtis Shaw is the supervisor of men’s basketball officiating and every year at the spring meetings from the ADs, he pushes for officials to get paid more,” Stewart said. “That’s fine, but I think it’s a reminder that these guys aren’t volunteers. They get paid to do these games. I think anything in life that you get paid for, there’s an expectation to get it right.”{&end}

MIAMI, Fla. – An area where the Hilltoppers have traditionally succeeded turned into a weekend they hope can be used as proper motivation movi…