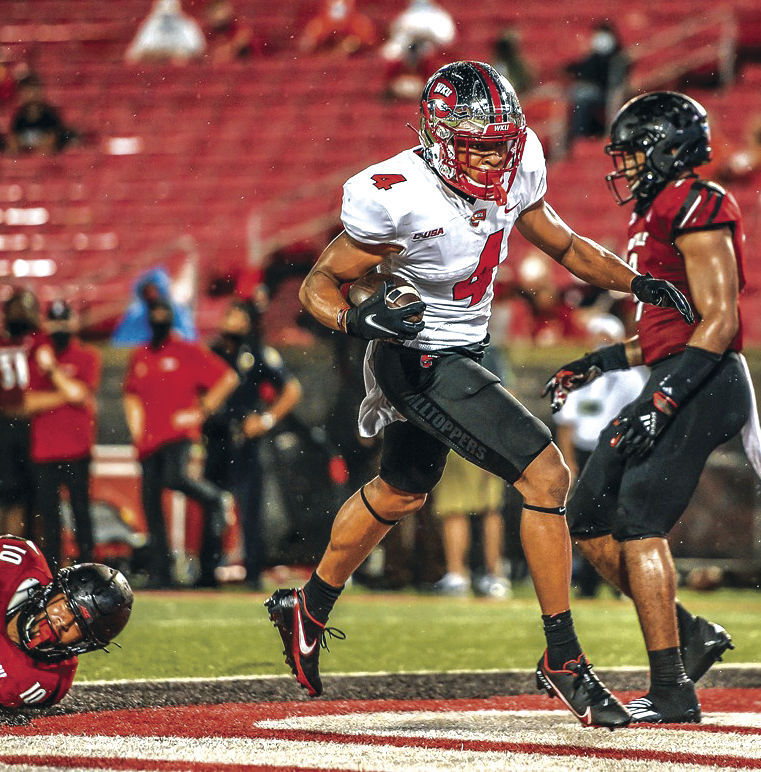 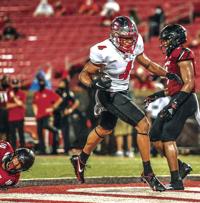 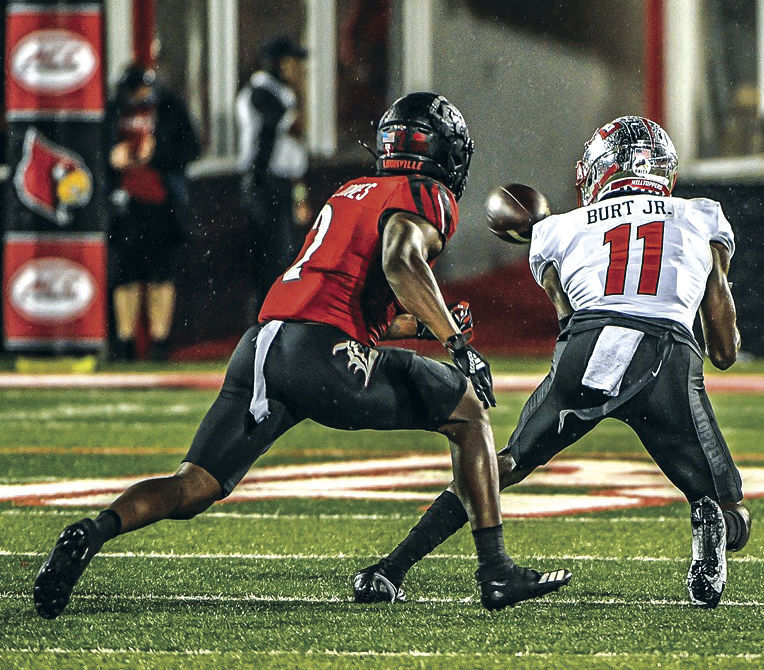 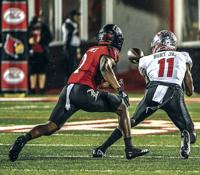 Western Kentucky’s 2020 signing class included seven players from junior colleges, and the experienced roster the Hilltoppers had returning took notice of the work those players were putting in early in camp.

“They definitely came in with the mindset of this is where they wanted to be and this is what they came to do, so I wouldn’t be surprised to see some JuCo players really out there making plays,” senior linebacker Kyle Bailey said Aug. 29 after the team’s first fall scrimmage. “They came in with the right mindset and I wish the best for them. I just love to see it. They just come in and they compete.”

Three of those players are on the offensive side of the ball, and two of them – Mitchell Tinsley and Craig Burt Jr. – have already made their presence felt one game into the season. Both played in Saturday’s season-opening loss at Louisville and are expected to have an even greater impact moving forward.

“Really proud of them,” WKU offensive coordinator Bryan Ellis said Tuesday. “I thought coming out of the game we’ve got to get the ball to them more. I think both of those kids are playmakers.”

It’s not the first time the two have impacted a program at the same time. Both receivers came from Hutchinson (Kan.) Community College, where they helped the Blue Dragons to a 10-2 record last season.

Tinsley, a 6-foot-1, 185-pound Lee’s Summit, Mo., native, had 656 yards and four touchdowns on 57 receptions in two seasons. He was rated a three-star JuCo prospect from 247Sports.

Burt spent his first year at Urbana (Ohio) University, a Division II school that announced April 22 it would be closing. The 6-foot-4, 190-pound Burt had seven catches for 141 yards and two touchdowns last year at Hutchinson. He was also a three-star JuCo prospect.

“It’s real cool because we played at the same junior college. It’s fun to play with your best friend,” Tinsley said. “We were roommates at Hutch and unfortunately we’re not roommates now, but we stay right down the hall from each other so we’re still pretty close and we hang out all the time, so it’s a real connection out there.”

Tinsley arrived at WKU a semester before Burt, the latter said, and Tinsley helped get Burt acclimated to the Division I routine upon arrival.

“We were already great friends – basically my best friend – we were already talking when I was still at Hutch and things like that,” Burt said. “Having Mitch around is great. I’m glad I get to play beside him coming from Hutch, coming from JuCo together and now we’re here – it’s awesome.”

WKU began welcoming its first wave of athletes – 65 football players – back to campus in early June for voluntary workouts and the rest were able to return in early July. Fall camp was delayed until Aug. 17, but the presence of the two was felt early by the coaching staff and players.

WKU head coach Tyson Helton named Tinsley and Burt when asked about newcomers to watch for, and three days later Ellis spoke about their potential among a group of receivers the coaches have said they believe to be deeper than last year’s team.

“The two JC kids are two of the hardest-working kids I’ve ever been around,” Ellis said after practice Aug. 20. “... We have to kick them out of the place every night, from using the JUGS machine to watching film.”

The reason for working so hard is simple – they want to win, and they want to get to the NFL. With two years of eligibility, they know there’s only so much time to make a name for themselves.

“I know I have aspirations to play in the league after, so I know my time’s limited here – I know I only have two years to play – so all summer, all spring, I was trying to work and learn the offense, study the plays,” Tinsley said. “I was trying to do whatever extra I could do so I could play as soon as possible, so that was my whole outlook on it.”

Quarterback Tyrrell Pigrome, in his first start at WKU after coming as a graduate transfer from Maryland, was 10-for-23 passing in Saturday’s 35-21 loss at Louisville. Leading returning receiver Jahcour Pearson accounted for five of those receptions, and the two Hutchinson products had the other five.

Tinsley had three catches for 38 yards, including a fourth-quarter touchdown. His first reception – a 7-yarder – came in the second quarter and his second was a 19-yard completion in the third. He caught a 12-yard score with 5:40 to play to make it 35-21, then celebrated with Burt.

Burt had two receptions for 24 yards – an 8-yard completion and a 16-yard completion, both of which came in the third quarter. Louisville was called for a pass interference on the one fade Pigrome threw to the 6-4 receiver, and that’s something they’ll look to do more.

“I’m glad to be here. I’m glad to be a part of this team. I’m happy that they gave me an opportunity,” Burt said. “My first chance to be out there with the team and the guys, shoot, it was like none other, man. Basically I’m just proud to be here.”

Because of the effort they’ve brought so far, Ellis wasn’t surprised to see them contribute right away, and compared them to Lucky Jackson – WKU’s leading receiver last year, whose 94 catches ranked eighth-most in FBS and second all-time in WKU history for a single season. Jackson holds the program record for receptions in a game with 17, and his 209 receptions and 2,680 yards are second and third all-time at WKU, respectively.

“I was really proud of the way those two kids played and it wasn’t a shock,” Ellis said Tuesday. “They’re kind of like Lucky Jackson in that regard. There’s not two kids on this football team that work harder than those two kids do and that want it more than they do, so it wasn’t a surprise to watch them go out there and have some success.”

The two made it onto the field and made an impact in their first opportunity with WKU. Now, they’re looking to help the program get to 1-1 after the home opener against Liberty on Saturday at Houchens-Smith Stadium, and then continue winning.

“I feel like as a player, any player, you see yourself being an impact because that’s what we expect out of ourselves,” Burt said. “I just came in here ready to work and ready to do whatever I could do to help the team.

“ ... My ultimate goal when I first got here was to become the starter, so I worked to become that, and I’m going to do whatever it takes to help this team win and continue to win.”{&end}