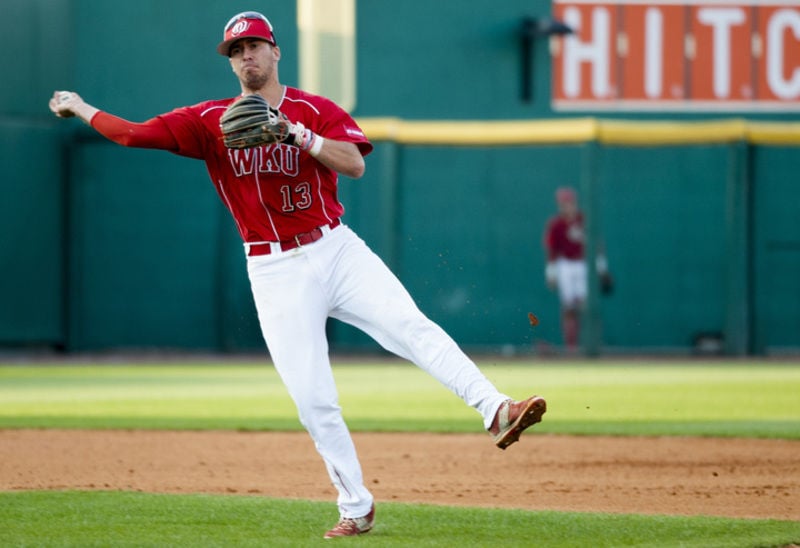 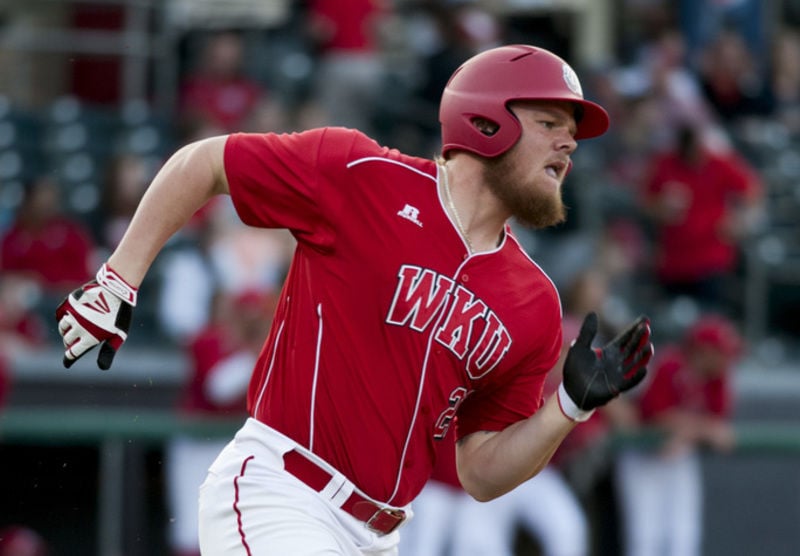 Confidence is oozing out of the Western Kentucky baseball team.

"We've got our hands full, but if we play the way we're playing right now, there will be a lot of people's hands full with us right now," WKU coach Matt Myers said.

Since a one-hit loss to Old Dominion on March 13, the Toppers are averaging 6.6 runs and 10.7 hits per game in their last seven contests.

They've won their first two league series over ODU and UTSA in the process, along with midweek victories over Lipscomb and Kentucky. Their only setback was a 12-0 loss at UTSA in Sunday's series finale.

"The last game before this, we already had the series won," said freshman outfielder Kaleb Duckworth after Tuesday's UK win. "That's no big deal. We're hitting the ball really well right now, and the pitchers are throwing it good."

WKU is tied for third in the Conference USA standings behind Middle Tennessee and Rice. It leads the league in home runs with 20, including three-run bombs by Duckworth and senior shortstop Cody Wofford on Tuesday.

The offensive explosion seemed to start at the same time as the winning hot streak, when Myers moved junior outfielder Anderson Miller from the two-hole to the leadoff spot in a swap with Wofford.

The offense as a whole has benefited, and Miller has caught fire to lead C-USA in homers, total bases and slugging percentage. Over the last eight games, he's batting .448 with 10 RBIs, 13 runs scored and five home runs.

"Anderson understands the strike zone better than Cody," Myers said. "If you look at the strikeouts-to-walks ratio, it's better. Anderson's huge with two outs. The bottom part of our lineup was getting us in position, and Cody was struggling a little bit. We flipped it, and Cody does a great job of bat control behind him.

"When Anderson's getting on, you can see some things happen. We can hit-and-run, we can bunt. It's really helped everybody."

UAB (14-9, 2-4) won its first six games and eight of its first nine, but the Blazers had cooled somewhat until last weekend.

They took 2 of 3 from Marshall in a home series and followed it up with a doubleheader sweep of Ole Miss on Tuesday in Oxford, Miss.

Junior Evan Peterson leads UAB with a .314 average, and three of the program's top four RBI producers are batting .263 or worse. Redshirt junior James Naile has paced the pitching staff with a 3-2 record and 1.99 ERA while senior ace Alex Luna battles mononucleosis.

UAB coach Brian "Shoop is a legendary coach," Myers said. "He's an unbelievable man, and they'll be very fundamentally sound. They're going to pitch it. I don't know if Luna, their No. 1, is going to be ready to go. If he is, they're an unbelievable team. That's why they were second place last year in Conference USA. They're really going to defend it. They'll play the small game – the little things.

"You can't give them freebies, and you can't create things for them because they'll take advantage, and their pitching staff will shut you down."

Myers said he will keep the rotation the same as last weekend at UTSA, which means sophomore left-hander Ryan Thurston will start Friday, with junior lefty John Harman out of the bullpen.

"Harman is a different animal out of the bullpen," Myers said. "We're better. ... I really like what our bullpen is doing now, because our offense is getting to our bullpen, and it's very tough. We've got quality starts out front."